When Europeans arrived to establish a permanent colony in what was to become New South Wales, Aboriginal people had been living across the continent for at least 50,000 years.

Perhaps 600 different "clan groups" or "nations"—each with its own distinctive culture and beliefs—greeted the new settlers in a clash of civilizations that remains largely unresolved today. Despite the efforts of governments of all persuasions and society at large, Aboriginal people by all measures—economic, health, social, education—remain an underprivileged group.

But Aboriginal culture as expressed in oral tradition, art, and lifestyle and by sacred sites such as Uluru is of growing interest to travelers. Experiences range from organized tours to dance performances, shopping for traditional Aboriginal artifacts and art, and the opportunity to visit Aboriginal land to experience the daily lives of Aboriginal people. Tourism represents an important source of income ensuring that Aboriginal communities prosper and that their heritage is preserved.

Welcome to Country is an important ritual. Protocol dictates that people are welcomed when entering and learning about Country; for many this is simply good manners and respect. It's likely you will enjoy a Welcome to Country if you join any Aboriginal-guided tour.

In some cultures there were once strict rules about eye contact; you may find that some people follow this practice and won't make eye contact with you. This, or lowering the eyes, are two actions that are often a show of respect toward older people.

Uluru (Ayers Rock) is probably Australia's best-known natural site, but it also has significant cultural meaning for the traditional owners, the Anangu people. They believe they are direct descendants of the beings—which include a python, an emu, a blue-tongue lizard, and a poisonous snake—who formed the land and its physical features during the Tjukurpa (the "Dreamtime," or creation period). Rising more than 1,100 feet from the surrounding plain, Uluru is one of the world's largest monoliths, though such a classification belies the otherworldly, spiritual energy surrounding it.

Kakadu National Park contains some of the best ancient rock art accessible to visitors in Australia. The Anbangbang Gallery has a frieze of Aboriginal rock painting dating back thousands of years, while among the six galleries at Ubirr there is a 49-foot frieze of X-ray paintings depicting animals, birds, and fish. Warradjan Aboriginal Cultural Centre's large display, developed by the local Bininj/Mungguy people, provides detailed information about Aboriginal culture in Kakadu.

Purnululu National Park (the Bungle Bungles) is an amazing geological wonder and a site for Aboriginal culture. Although the Bungle Bungle Range was extensively used by Aboriginal people during the wet season, when plant and animal life was abundant, few Europeans knew of its existence until the mid-1980s. The area is rich in Aboriginal rock art, and there are also many burial sites, although these are not typically open to visitors.

Farther west in the Kimberley Region the pearling town of Broome is the starting point for many adventure tours into the remote Outback, and visiting Aboriginal communities such as Bardi Creek, Biridu Community, and One Arm Point Community with local Aboriginal guides. Geickie Gorge, Windjana Gorge, and Tunnel Creek combine wilderness scenery with indigenous rock art, lifestyles, and stories from the Dreamtime.

By far the best way to experience Aboriginal culture is on foot and with an experienced guide, though at some national parks, interpretive centers, signage, and—occasionally—self-guided audio equipment mean you can visit on your own. On foot generally requires a level of fitness and surefootedness for trails and pathways; even the best locations are uneven and stony, and can include steep climbs. Boats provide an alternative, such as at Geikie Gorge and Kakadu, where guided tours along the waterways include information about Aboriginal culture.

From Broome, four-wheel-drive safaris can get you into remote Aboriginal communities where you can meet the locals and listen to campfire stories.

If mobility is an issue, there are easily accessible interpretive centers at places like Uluru and Kakadu national parks that have extensive displays describing Aboriginal life. 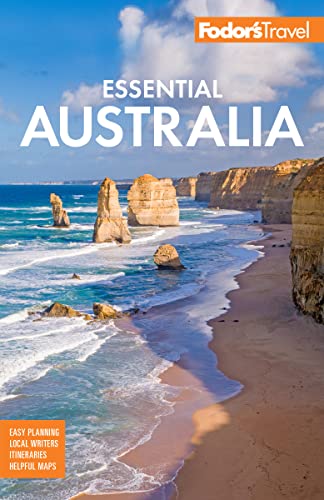