India has been described in many ways: dirty, polluted, overpopulated, and chaotic, but also majestic, beautiful, fun, ancient, and modern. From bucket list explorers who want to see the Taj Mahal to intrepid trekkers who want to hike the Himalayas to foodies who want to discover the secret ingredient to a perfect curry, India is one of the world’s most interesting destinations for every kind of traveler.

Even if you visit 10 times, you’ll just be scratching the surface of India’s hugely diverse country. Unless you have a few months or years or lifetimes to discover India, one of the best ways to make sure you get the most out of your trip is on a tour. Even if you’re not a “tour person” and you don’t like being herded like cattle, having the right tour company can lead to unexpected discoveries around every corner.

While most a la carte group tours are built around a strict schedule, Abercrombie & Kent’s tailor-made tours allow you to discover India at your own pace and adapt to your preferences along the way. Especially for those with busy work schedules and not enough vacation days, a tour is the only way to discover India. These four surprising ways to discover India wouldn’t be possible without the right tour guide. It’s more educational than a regular vacation, but if you’re interested in learning about India, you’ll be surprised at what you’ll see on a tour.

GET STUCK IN TRAFFIC IN MUMBAI 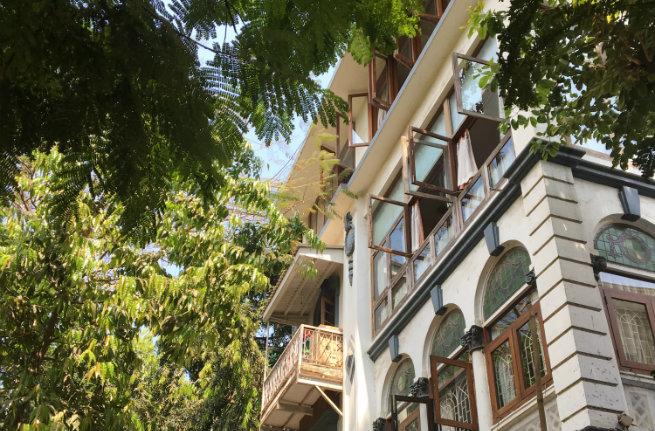 If you have the right guide, getting stuck in traffic is the best way to see the city. Mumbai is an ancient fishing village that has grown exponentially over the years, with shiny glass skyscrapers stacked on top of ancient temples and billion-dollar homes (literally—there’s a home in Mumbai that costs a billion dollars) a stone’s throw from the slums. Traffic is the great equalizer in Mumbai, trapping high-powered executives behind tinted glass, savvy motorbikers, taxis, tourists, tuk-tuks, cyclists, and of course, the ubiquitous dabbawallas, who deliver homemade lunches to workers all over the city.

A tour through Mumbai is the perfect introduction to India. Like India, the city is both urban and rural, modern and ancient, rich and poor, and a melting pot of people from India’s 29 states and 22 official languages who all came to this city to try and strike it rich. Although Mumbai doesn’t have the heavy-hitting tourist attractions that other Asian cities have, the vibrancy, energy, local life, and waterfront setting make this a city that shouldn’t be missed. 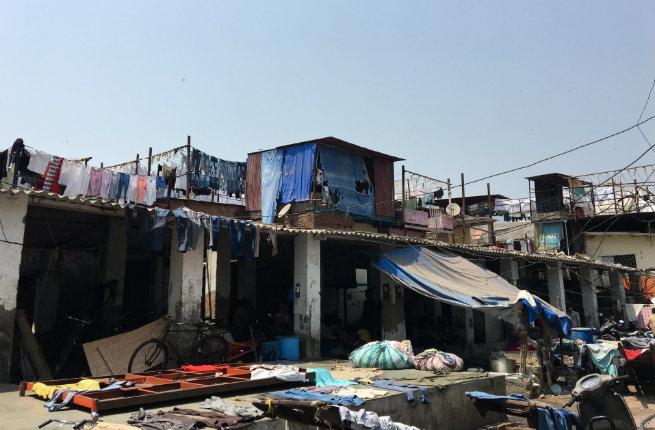 On a whirlwind half-day tour of Mumbai, you can see Art Deco buildings in the city’s wealthy neighborhoods, tour the Gandhi Museum, and visit a Dhobi Ghat, the outdoor public laundry facilities in the slums, while driving to landmarks like Victoria Terminus and the India Gate. Yes, these are doable on your own, but what you’ll miss is the perspective of a local who can introduce you to Mumbai and to India. We had a few minutes to walk around Mumbai’s Hanging Gardens–our guide pointed out birds circling the nearby Zoroastrian Temple, where corpses are laid out in the open air for birds to feed on. As a Zoroastrian herself, our guide gave us insider perspective into the secretive religion—so secretive, in fact, that she’s not even allowed in the burial temple. 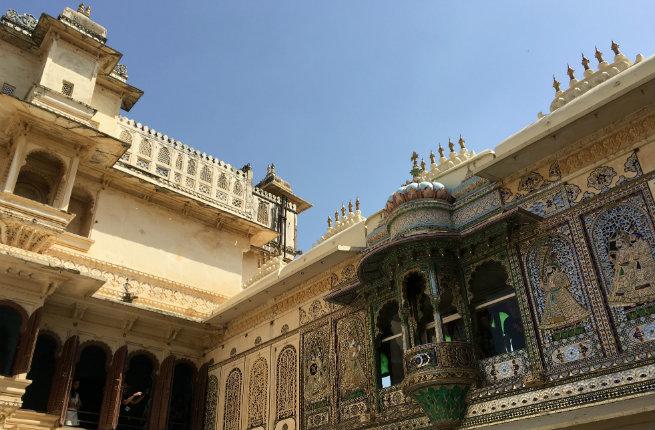 Situated on mirror-like Lake Pichola, Udaipur is one of India’s most picturesque cities. The enormous City Palace is the main draw here, as the former and current residence of the ruling Maharana. While the estate is huge, only a small fraction of the palace is open to the public, which creates some crowded congestion around the entrance. Since the City Palace is popular with locals and tourists, there’s really no slow time to visit this place. At first, the thronging crowds seemed like too steep a price to pay for a visit to the city palace, but after a few minutes, our guide had maneuvered us through secret passageways and hidden hallways barely wide enough for an average American. Through a hidden tunnel from the main entrance, we arrived in a quiet second-story courtyard decorated with mirrored peacock mosaics and windows into the Maharana’s harem. The crowds were nowhere to be seen and we continued our tour in peace. After a few more secret passageways, we asked the guide how he came to know the castle so well. Whether or not he was telling us a tall tale is yet to be determined, but according to him, he grew up in the castle. His grandfather was a close friend and advisor to the Maharana, and he pointed out a painting of his grandfather in the Maharana’s formal dining room. There’s even a silver hookah on display there, donated by our guide’s family.

FIND A MOMENT OF PEACE AT THE TAJ MAHAL 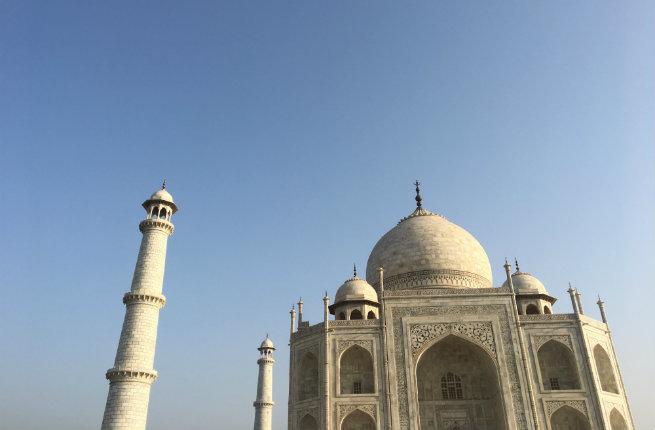 This is one of the Seven Wonders of the World, and that moniker has earned this monument to love nearly 4 million visitors every year. During the high season between December and April, it feels nearly impossible that a visit to the Taj Mahal could be anything close to peaceful. However, our guide arranged two sets of tickets so that we could visit twice in one day. Our first visit at sunrise felt a bit harried as we were crushed in with a huge line of eager visitors from seemingly every country in the world. If you think the Taj Mahal is only popular with tourists—think again. Indians are extremely proud of this cultural landmark and make up a large portion of visitors here. Once inside the gates, we were jostled, poked with selfie sticks, and swept up by a sea of people eager to get the perfect photo. On that sunrise visit, we learned the history of the famous monument and took our time finding the perfect angle for photos. We ventured inside, marveling at the precious stone inlay throughout the building and the intricately carved stonework around the tombs. Outside, we waited for a perfect people-free shot and retraced our footsteps to make sure we saw the Taj Mahal from every angle. 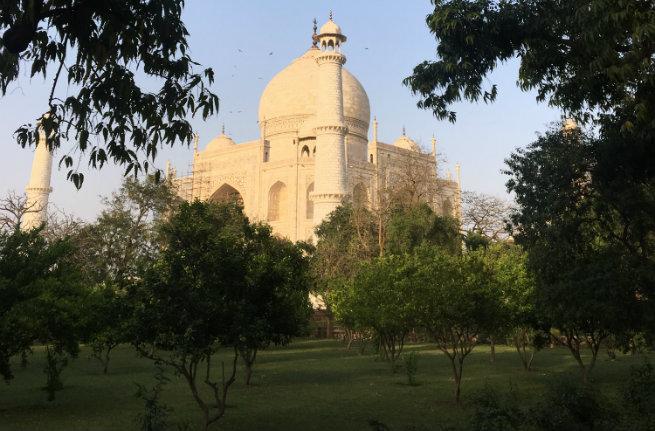 After a midday break for lunch, a trip toAgra Fort, and some time by the pool, we went back for our second visit when the mood was palpably different. Maybe it was just the fact that we were more relaxed, having left our cameras at the hotel in favor of iPhones. We had already learned the history, went inside, and got the perfect photo, so we were actually able to just enjoy being there. Our guide took us off the path on a walk through a jasmine orchard, where we could only hear birds and monkeys and we didn’t see anybody else. For the first time all day, it felt like we could actually connect with the Taj Mahal and be present. Until we got chased out of the orchard and back onto the path by a security guard. Would I have taken that chance on my own? Probably not!

GET LOST IN DELHI’S SPICE MARKET 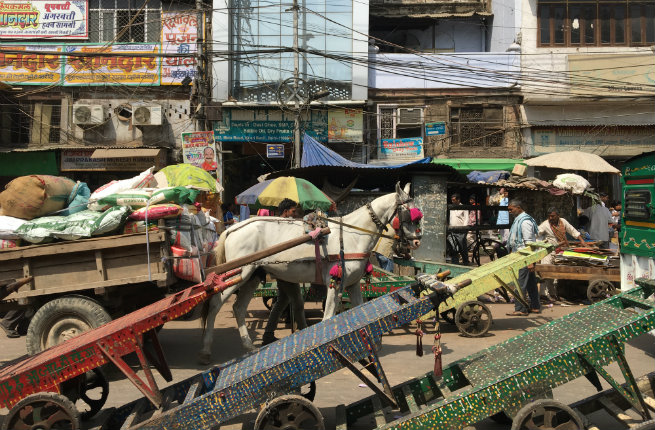 First of all, you take a taxi to a very busy traffic circle outside of Delhi’s Red Fort. From there, you flag a rickshaw, but it can’t be just any rickshaw. Motor rickshaws and tuk-tuks are a no-go in the depths of the market, so a bicycle rickshaw is the only option. Fifteen cyclists will swarm you, but you can only choose one. From there, it’s a harrowing and exhilarating 10 minutes into the heart of Delhi’s famous Chandni Chowk Bazaar. Just make sure to keep your arms and legs inside the vehicle at all times as you dodge ox carts, pedestrians, cyclists, rickshaws, stray dogs, and improbable delivery trucks all navigating the organized chaos that is Delhi traffic. When the road begins to narrow, that’s your cue to exit the rickshaw. Hopefully you’ll see your driver again, but if you’re not traveling with a guide, good luck on finding your way back here. The maze of streets begins to narrow as you get nearer to the spice market and before you can see it, you can smell it, with a fragrance unlike anywhere else in the world—cardamom, mace, cinnamon bark, loose teas, and flowers all mix into a scent intoxicating at first, then irritating, making you cough and rub your eyes. A trip to the spice market gives new meaning to getting “maced in the face.” This market is full of distractions and our guide left us free to get distracted—to take photos, to sample teas, or to see what’s behind the next corner. 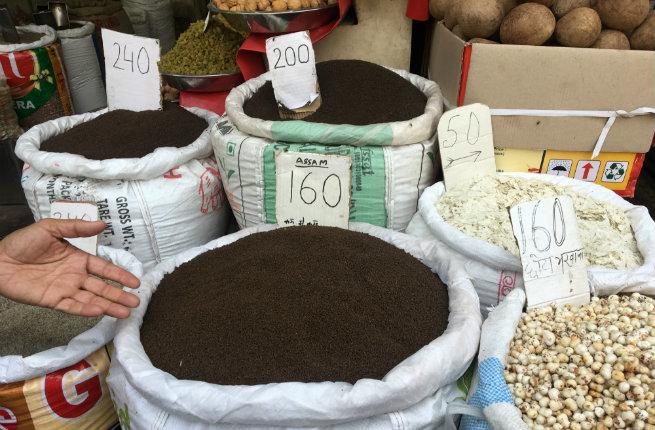