Tap water in Shanghai is safe for brushing teeth. However, it contains a high concentration of metals, so you should buy bottled water to drink. It is available at every corner store—look for FamilyMart, Kedi, AllDays, and Watsons—bottles start from Y1.50. Make sure that food has been thoroughly cooked and is served to you fresh and hot; thoroughly scrub all produce, especially before eating it raw. Shanghai's polluted air can bring on, or aggravate, respiratory problems. If you're a sufferer, you can either bring a mask from home or find reputable models, like 3M’s N95 masks, easily and relatively inexpensively available for purchase at convenience stores like 7–11 and FamilyMart.

The most reliable places to buy prescription medication are the 24-hour pharmacy at the Parkway Health Medical Center or the Shanghai United Family Health Center. During the day, the Watsons chain (there are dozens of branches around town) is good for over-the-counter medication, but has a limited selection. Chinese pharmacies offer a fuller range of over-the-counter drugs, often at far cheaper prices than in the West, and are usually open later; look for the green cross on a white sign. Pantomiming works well for things like band-aids, ace bandages, and cough medicine, so do not feel embarrassed to use hand gestures. In addition, most online translators can provide the Chinese characters for items you might need.

There is almost no violent crime against tourists in China, partly because the penalties are severe for those who are caught—China's yearly death-sentence tolls run into the thousands. Single women can move about Shanghai with little to no hassle. As in all major cities, though, handbag-snatching and pickpocketing do happen in markets and on crowded buses or trains.

Shanghai is full of people looking to make a quick buck. The most common scam involves people persuading you to go with them for a tea ceremony, which is often so pleasant that you don't smell a rat until several hundred dollars appear on your credit-card bill. "Art students" who pressure you into buying work is another common scam. Avoiding such scams is as easy as refusing all unsolicited services—be it from taxi or pedicab drivers, tour guides, or potential "friends." Simply put: if someone is offering you something, you don't want it. It is not considered rude to ignore them.

If your passport is stolen, contact the U.S. Consulate immediately; consular officers can arrange an emergency passport for you and guide you through getting a new Chinese visa.

Shanghai traffic is as manic as it looks, and survival of the fittest (or the biggest) is the main rule. Cars will turn right on red, right into you. Beware of buses, which make wide turns and regularly ignore pedestrians' rights. Likewise, watch out for scooters, which will speed through lights and wildly turn corners or even speed along the sidewalk on streets where traffic regulations prohibit them from driving on the road.

Emergencies and Police. Although other emergency services have separate numbers, 110 is the main number for the police and emergencies in general. 110; 12110.

ParkwayHealth (百汇医疗). 百汇医疗 As its name suggests, the Shanghai Centre location is the most centrally located of ParkwayHealth's six branches, all of which are served by the same 24-hour hotline. Shanghai Centre West Tower, 1376 Nanjing Xi Lu, Room 203, Jing'an, Shanghai, Shanghai Shi, 200040. 400/819–6622; www.parkwayhealth.cn. 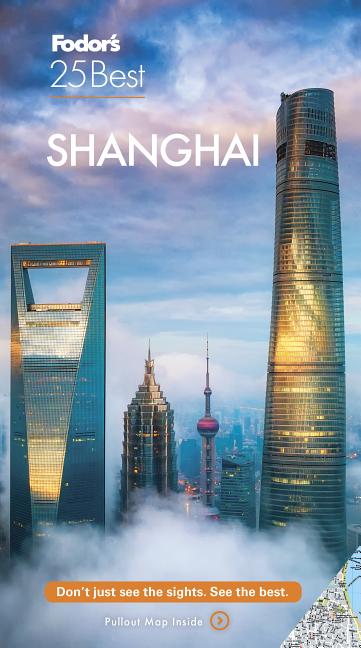