Put on your gas masks, get out your camouflage, and load up on canned meats.

The 100-year anniversary of The Great War (WWI) is right around the corner, and it’s time to look back to see how and where many common terms we use today were coined. It’s also a way to understand the true devastation of when nations decide against diplomacy. 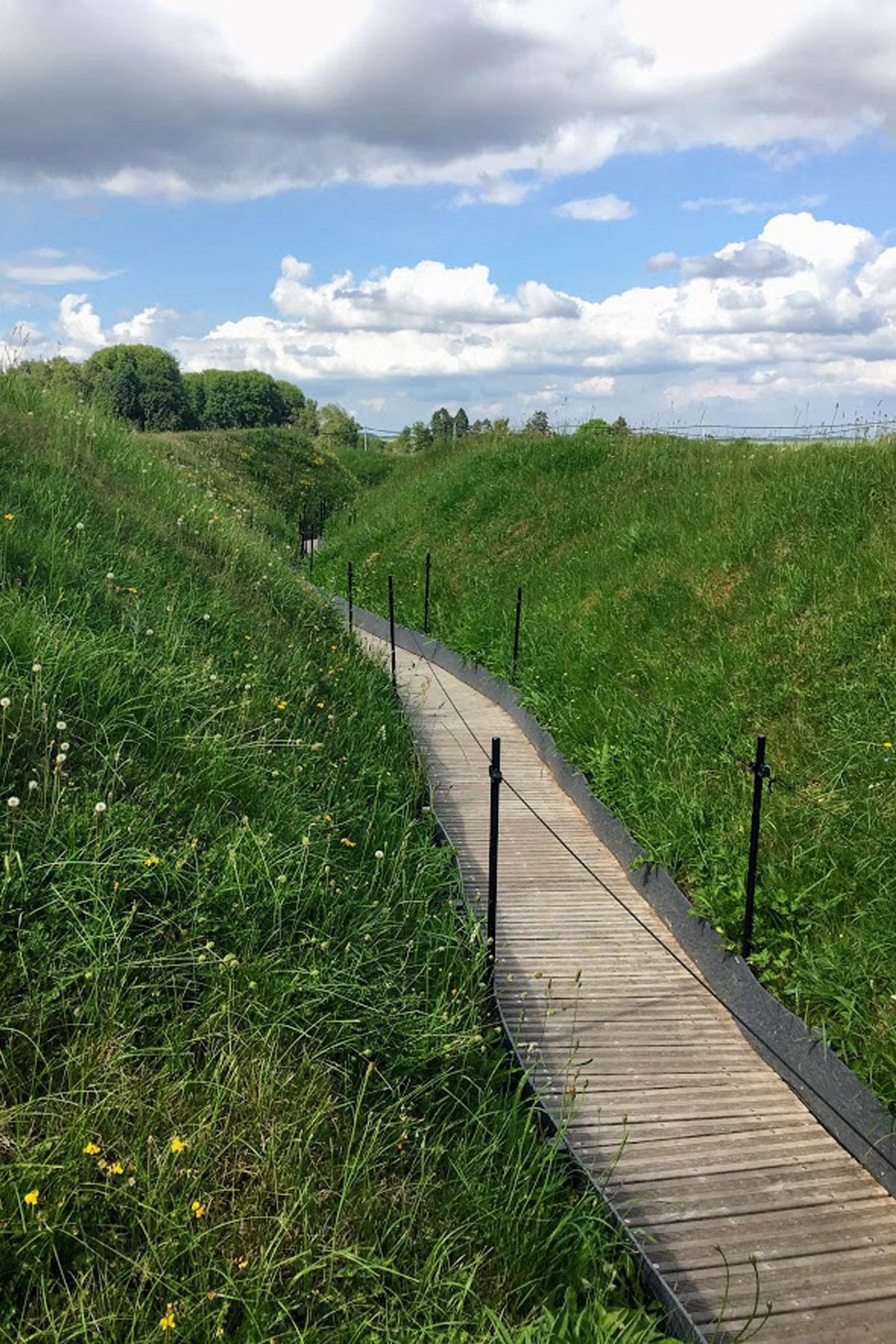 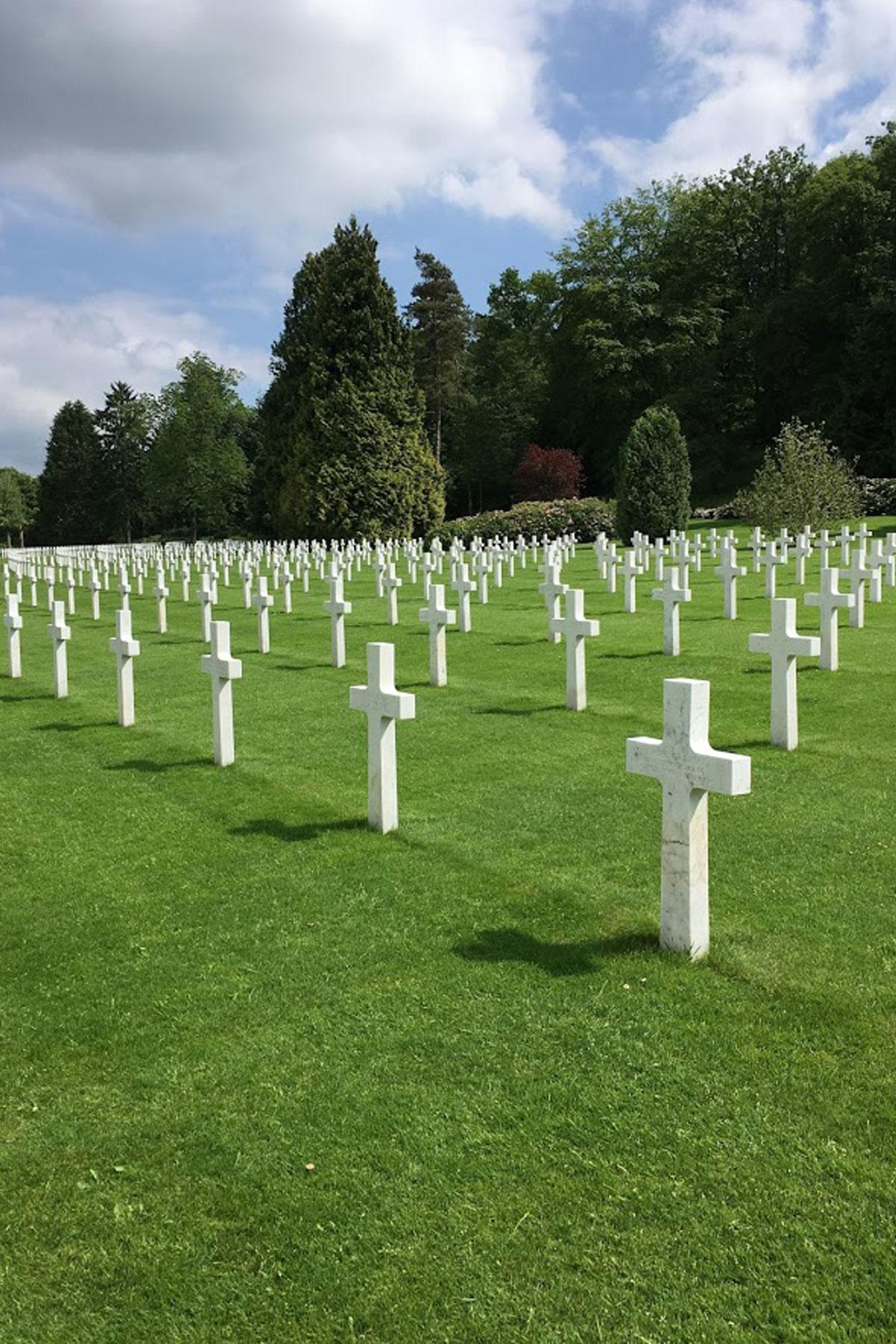 Not to be confused with the epically bad Sylvester Stallone arm-wrestling movie from 1987, this term was coined for soldiers who rose from the trenches and pushed forward against their enemies–usually getting mowed down by machine-gun fire in the process.

One of the most tragic memorials to soldiers forced to go “over the top” is at the Beaumont-Hamel Newfoundland Memorial, about nine kilometers north of Albert, France. This was the front line for the Battle of the Somme, and here, you can clearly see the trenches where 88% of the Newfoundland Regimen suffered casualties. The Battle of the Somme was fought over a 10 kilometers stretch of land and over 1 million British, French, and German soldiers were killed or never found.

This term wasn’t technically founded during the Great War, it simply was popularized and forced into the lexicon because of it. During the war, “no man’s land” referred to the space between the Allies’ trenches and the Central Powers’ trenches. When soldiers went “over the top,” they were heading into “no man’s land” where they would invariably be met by thousands of mortar shells, machine gun fire, and blow torches. 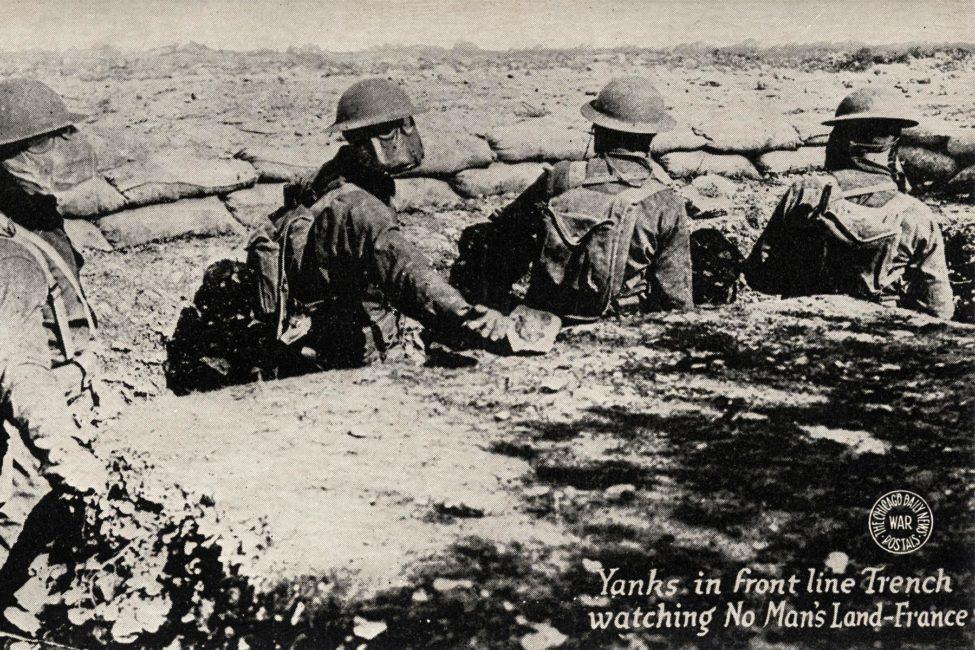 To truly understand this insane form of warfare, you’ll want to head to the Chemin des Dames, a focal point during the battles over Aisne. In what’s known as the Second Battle of the Aisne, French troops bombarded German positions, setting up a major battle. But when the troops went “over the top” and into “no man’s land,” the German’s higher ground positions simply massacred the French infantry platoons.

If you can’t imagine the fear (or shock) that this instilled in men, maybe you should head to Fort Douaumont, which protected the city of Verdun–one of the biggest battle zones of the entire war. The Battle of Verdun lasted 300 days, killed 300,000 troops, and injured another 400,000. But if you want to truly understand shell shock, it’s important to know that 60-million artillery shells were fired in this battle. Bang.

As if the shelling of the fortresses wasn’t bad enough, the soldiers inside endured bone-chilling temperatures, constant dampness, rat infestations, and lice–lots and lots of lice. Lice love unhygienic places and thrive in warmth, and in those trenches and fortresses, the only warmth was body heat. Lice weren’t just a nuisance though, as they caused what was then known as Trench Fever. Symptoms include depression, soreness, headaches, eye pain, fevers, and more.

If you want to see some truly horrific conditions in terms of lice and rats, Fort Douaumont is a good place to start. But also check out Caverne du Dragon, an underground complex that stretched nearly 19 miles and was simultaneously home to Allied and Central soldiers–often separated by just 20 feet of rock walls.

There are estimates that put lice infections at upwards of 90 percent of all men during the war. Anyway, the point of all this–the soldiers referred to the lice as cooties. It’s way worse than when a boy or girl touched you in the second grade.

The trench coat became extremely important during WWI as it provided soldiers with a waterproof option that could keep them warm, dry, and camouflaged – another word made popular by the war. Before WWI, officers were often identified by bright colors on their garments – which made them easy targets. So during WWI, trench coats had more muted colors that helped them blend in with their surroundings.

One of the best WWI museums to learn about the histories of the uniform changes and the use of camo is at the Péronne Historial, Museum of the Great War, in the Somme region of France. Not only will you see the outfit evolutions, you can also learn about the beginnings of aviation in war where terms like tailspin, dogfights, and nose dives were initially coined in the great air battles over the region.

The Great War killed over 18 million people and wounded another 23 million. Soldiers endured shelling, blow torches, mustard gas, machine gun fire, disease, rats, and lice. As the 100-year anniversary of the end of the war approaches, revisiting the lexicon of war reminds us that the atrocities of combat stick with culture for generations to come.