What to Read Before Visiting Eastern Europe

Like a drunken bumblebee amidst blossoms, I find myself again and again returning to certain contemporary novels composed by writers from eastern Europe. What is it about them I cannot resist? I did not grow up with any interest in eastern Europe. I do not have family there nor any other personal investment. But there is some unearthly, metaphysical pollen, some bewitching, etheric perfume in these books.

Some of the books on this list are by émigrés from eastern European countries now writing in English in Canada or America. Many of these emigrated as children and are now in the prime of their careers. Some are writers who remained in their home countries and are now, after the fall of the Soviet Union, finally free to say what they wish to say.  Some are books that were written years or even decades ago, but only recently translated into English.

If there is a unifying quality to these books, I think it may be their astonishing humor—their perverse insistence that life, despite violence and murder, despite  political persecution, despite human foibles and failings, is, after all, a comedy. Perhaps that is why I find myself returning to them again and again: for the strange way they make the heavy world, for just a moment, weightless. 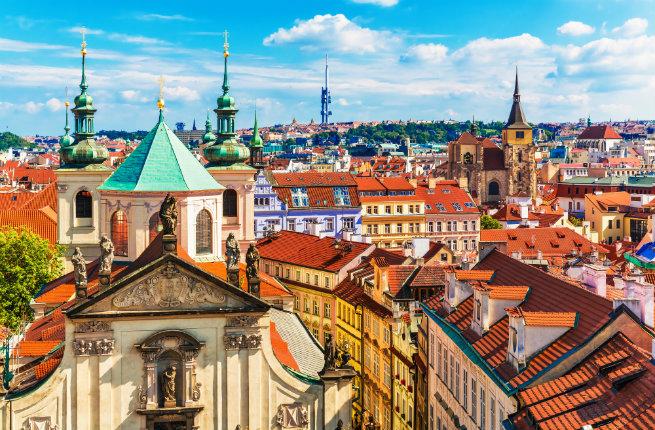 Love and Garbage by Ivan Klima

If a book is about a deeply philosophical garbage man, I know immediately that that book is for me. In this case, the narrator is a writer banned by the state who decides to take a job as a street sweeper. The novel is delivered as a series of memories as he moves through the streets of Prague cleaning, revealing piece by piece his childhood, his relationships with his mother and father, and the current love triangle he finds himself in: torn between his intelligent and faithful wife, and a sculptress named Daria. Written as a response to the misogyny Klima perceived in Milan Kundera’s The Unbearable Lightness of Being, Love and Garbage is a meditation on passion, sexual desire, death, and just what we are willing to throw away.

Woman in Bronze by Anatanas Sileika

Woman in Bronze combines two worlds that I had never imagined colliding before: the misty swamp and forestland of still-backward, turn-of-the-century Lithuania, where gods and devils abound, and the Paris of the Roaring Twenties, the locus of a modernity that was electrifying the world. Tomas Stumbras, an aspiring sculptor who spent his boyhood carving saints in Lithuania,  moves to Paris, where he meets legendary dancer Josephine Baker and falls for a chorus girl as he pursues his dream of becoming an artist. Love, passion, art, and the devil are brought to life in unexpected and dazzling ways.

The Door by Magda Szabo

The Door is, first and foremost, a book you have never read before. Strange and compelling to the point of addiction, The Door is about a woman’s relationship with her housekeeper. As Claire Messud wrote in her New York Times review, “It has altered the way I understand my own life.” Read it right now.

The Betrayers by David Bezmozgis

I very much enjoyed Bezmozgis’s short story collection, Natasha, and The Betrayers has the economy and stylistic grace of those stories, but a lot more heart. The novel takes place in a single day, and follows Baruch Kotler, an ex-Soviet Israeli politician who travels to Yalta with his young mistress to flee tabloids filled with the news of their affair. By chance, they rent a room from a man who turns out to be the friend who turned Baruch over to the KGB in their youth, condemning him to 13 years in a gulag. Politically and philosophically interrogative, rich in potent silences and dangerous conversations, The Betrayers is hard to put down and paints an astute and brutal portrait of the refusenik era.

Embers, originally published in 1942, is by far the oldest book on this list and has a slightly different tenor. Marai was a celebrated Hungarian novelist in the 1930s, but after World War II, he was persecuted and his books suppressed. He fled Hungary in 1948 and died in 1989 in San Diego, one year before Embers was reprinted and went on to become an international bestseller. The plot of Embers, which bears a striking structural resemblance to Bezmozgis’s The Betrayers, takes place on a single day and recounts the dinner between two old friends who have not seen each other in 41 years, since one of them deeply betrayed the other. Heartbreaking and beautifully written, Embers is also essential to understanding the world that was lost in eastern Europe and the moral price of modernity.

The Afterlife of Stars by Joseph Kertes

The Afterlife of Stars follows two young brothers, Robert and Atilla, as they escape Hungary after the Russian tanks roll into the public squares of Budapest. Kertes presents these boys not as symbols of innocence in a polemic; they are not saccharine, they are not sweet. They are simply what they are:  young boys, observing the world with terrifying clarity. I return to this wild, romping, hilarious, and deeply poetic book that again and again for lessons on writing, but also on how to be human.