Tips & Practicalities Geena Truman I Built My Own Camper Van for Under $3,000. Here's How I Did It

Transportation Chantel Delulio Which Movie Car Is the Best for a Road Trip? (And Which Is the Worst?)

When’s the last time you actually felt comfortable while flying?

It’s a common scenario: You’re on your way to one of those warm places like Florida or Southern California and you think to yourself, “I don’t need a jacket, I’ll be fine in a sweatshirt!” And sure, maybe you don’t need a jacket once you’ve reached your sunny destination, but when that plane takes off, you’re full of regret about not bringing an Arctic-rated down parka.

Even though it’s -50 degrees outside the plane, there are hot engines and HVAC systems to keep the plane warm. So why is it always so darn cold on planes? There are a few factors that go into the temperature on a plane, and flight attendants and crew members have less control over it than you might think.

According to Baldvin Birgisson, a Flight Crew Commander on Icelandair, the temperature on planes is controlled either by the pilots or on a cabin-by-cabin basis by the flight attendants. There are generally three zones on the airplane–aft, mid, and forward–which means that depending on where you are in the plane, the temperature might be different (and it can be difficult to maintain the exact same temperature throughout the cabin, especially if it’s an older plane).

The optimal temperature for an airline cabin, according to Birgisson, is 75 degrees. While this might feel cold for some, it’s a comfortable temperature for flight attendants who are working and walking up and down the aisles. 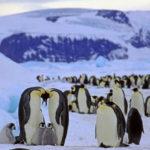 RELATED STORY
What to Pack for a Trip to the Arctic

According to Hawaiian Airlines Flight Attendant Kaipo Kauka, different seats have different heats. “If you get cold easily, stay away from any door or emergency exit window on the fuselage,” says Kauka. “These exits allow the outside cold air to seep into the aircraft. The legroom is great at these seats, but it can get cold.”

So if there are seats that are always cold, are there seats that are always warm? According to Ben Smithson, some business class cabins are consistently too warm. Keep in mind that the guys who are complaining about high temperatures are, generally, guys, and it’s been pretty much scientifically proven that women tend to feel colder than men. So, these warmer cabins might feel just right.

Is There a Medical Reason for Cold Temperatures?

Aside from general comfort of the working flight attendants and any men on board, there’s also a medical reason why planes are kept cold. As reported by Sarah Schmalbruch, a study by the American Society for Testing and Materials found that high temperatures on planes can trigger fainting due to hypoxia, a lack of oxygen in the tissue. And it’s not just fainting that’s a risk. In 2017, a baby was hospitalized with heat stroke on board a United Airlines flight that was delayed on the tarmac.

And, as Cynthia Drescher has written, cooler temperatures can even help prevent motion sickness.

Let’s Throw in a Conspiracy Theory for Good Measure

Is a plane full of sleepy passengers a plane full of safe passengers? The stress of traveling can easily lead people to snap over trivial confrontations. To ease pressure on people and to cut down on heat rage, is it possible that planes are cold in order to lull passengers into sedation? If you’re wrapped up under layers of sweaters and blankets, the feelings of coziness might outweigh your feelings of anger. According to Glenn Geher, director of evolutionary studies at the State University of New York at New Paltz, “Brain temperature, which is affected by ambient temperature, does seem to be associated with aggressive mood states and aggressive behavior.” Perhaps these planes are cold to avoid any mid-air altercations.

So What’s a Cold Person to Do?

Staying cozy on a plane while avoiding sweating through your clothes during boarding is all about layers. Start with a t-shirt, add on a sweater or sweatshirt, and bring your own blanket or wrap for good measure, since not all flights have enough blankets for every passenger (especially in coach). If you’re really worried about being cold on the plane, bring a packable down jacket. Even if you don’t end up using it as a blanket, it makes a great pillow, too.

But don’t forget about your feet, either. Baldvin Birgisson from Icelandair recommends staying away from tight shoes or tall boots that might restrict the flow of blood in your legs.

And beyond dressing appropriately and choosing the right seat, it’s worth noting that newer planes with high-tech cabin features, like the new Dreamliners, tend to have a more comfortable and decidedly Not Cold temperature.