Transportation Angel Castellanos There's a Better Option Than Global Entry. And It's Free
Travel Tech • Travel TipsHow to Use Apple Pay When You Travel

How to Use Apple Pay When You Travel 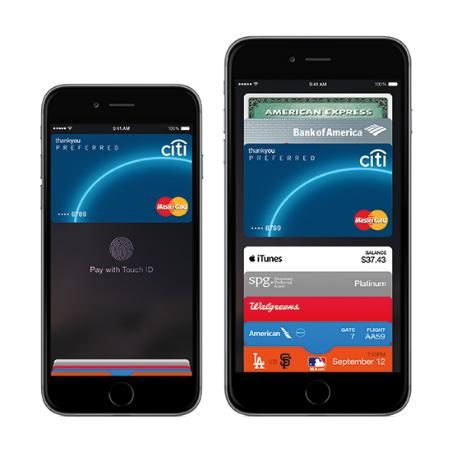 With the release of a software update for its iPhone operating system today, Apple has officially launched Apple Pay, the tech giant’s mobile payment system that uses NFC-based technology to allow consumers to pay for a variety of services with their phones. Time will tell how revolutionary this new payment system turns out to be—especially since Google and other companies have failed to see widespread adoption with their own similar products—but Apple Pay has the potential to largely impact the way travelers book and pay for things.

First things first: In order to use Apple Pay, you’ll need to have a shiny new iPhone 6 or iPhone 6 Plus, since those are the only models that come equipped the right technology. Second, you’ll need to update your phone’s software to iOS 8.1, which is now available for the general public to download. The system works by allowing you to confidentially store debit and credit card info in your phone’s Passbook app, which you can then use to make in-person payments at participating locations, or when making purchases through apps that accept Apple Pay.

Visa, MasterCard and American Express are all onboard, while the banks that currently allow their cardholders to use Apple Pay include American Express, Bank of America, Capital One, Chase, Citibank, and Wells Fargo; more banks will join the program later this year. Apple Pay is designed so that neither Apple nor stores you shop at can track your card transactions or numbers, making it a potentially safer system than presenting a physical card for payment.

Presently, more than 220,000 stores in the U.S. (the only country where Apple Pay works) are equipped to accept contactless payments, with more to come in the future. The big news for travelers is that Walt Disney World will begin accepting Apple Pay at all of its registers before Christmas. Using the same technology, Starwood will allow Apple Watch owners to use the device to their room at the company’s hotels. With big-name early adopters such as these, it’s likely that we’ll see Apple Pay available at many more places within a year. You can also use Apple Pay for in-app purchases; participating apps that travelers can use include Airbnb, Groupon, Lyft, OpenTable, and Uber.

Aside from the new iPhones, Apple Pay will work on the just-announced iPad Air 2 and iPad mini 3 (for in-app purchases only) and the forthcoming Apple Watch (for in-store purchases only).