Bites Danielle Bauter One Year Into the Pandemic, an Oakland Chef Reflects on How Her Restaurant Has Survived
Home  >  Bites • Shopping

If you are in Montreal and you need convenience items, have I got a ranking for you. 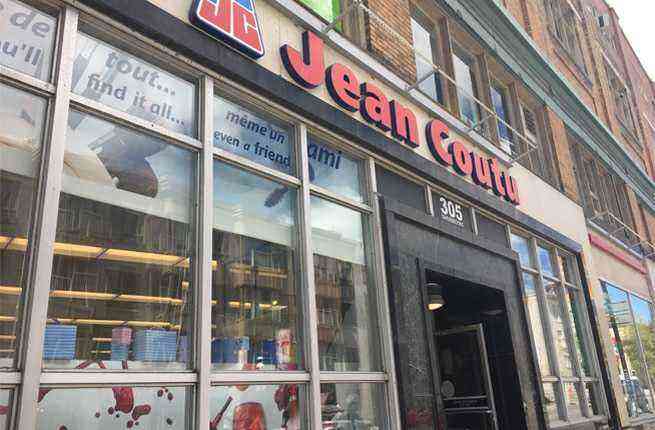 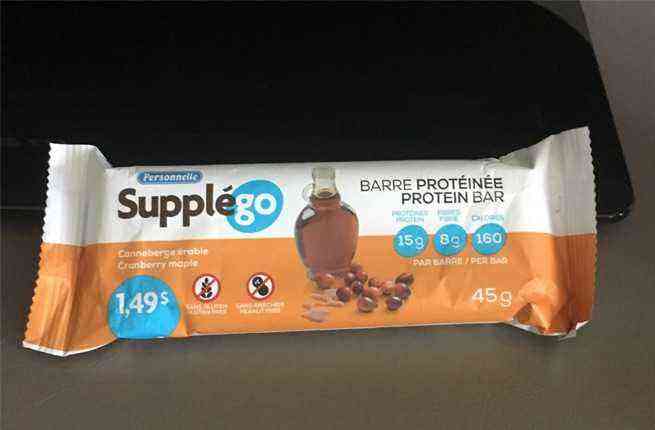 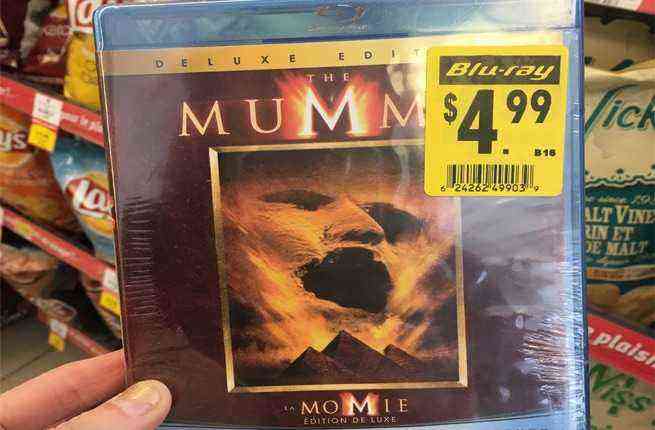 “These must be unique to Canada,” I thought, and was wrong.

This was a particularly large Jean Coutu, which was great because I had some time to kill and could roam around for a while without looking like a weirdo who didn’t have anything to do (despite actually being literally that). I found several good options here, including a maple protein bar for a hot deal of $1.49 and a Blu-Ray of The Mummy (or “La Momie”) for only $4.99. I was more than happy to pay $4.99 to experience Brendan Frasier bravely adventure in some tombs while also falling in love from the comfort of my Montreal hotel room.

Author’s note: In my excitement, I, unfortunately, had forgotten that my hotel room didn’t have a Blu-Ray player, and I couldn’t watch my movie. Instead, I just propped it up and stared at it for a few minutes.

Another author’s note: I also don’t own a Blu-Ray player at home. I don’t know why I bought this.

This Couche Tard might’ve been on the small side, but it packed a punch–I found a couple great items. I bought a Vitamin Water flavor I had never seen before, as well as a flavor of Trident Layers gum I had also never seen before (Orchard Peach + Ripe Mango).

“These must be unique to Canada,” I thought, and was wrong–I just had never seen them before. Turns out just because you see something for the first time in a different country, it doesn’t necessarily mean that it’s only found in that country. Who knew? Oh, everyone knew that? Okay, cool, yeah, me too, I also knew that.

I didn’t know I was supposed to bring my own pen.

I was quite tired after a long day wandering around Montreal and needed to relax, so I bought two single beers at this B&D. You can’t buy single beers at convenience stores where I live, so this was very exciting to me. I only have to buy two? That’s great! I don’t want a whole pack! I only want two. This was perfect. The cashier got mad at me, though, because I didn’t have a pen to sign the receipt with, and she had just lost hers. I didn’t know I was supposed to bring my own pen. “I’m sorry, I don’t have one,” I told her. She stared at me. I stared back. Then, she found a pen, and everything was fine. I left, slightly confused, but very content with my experience 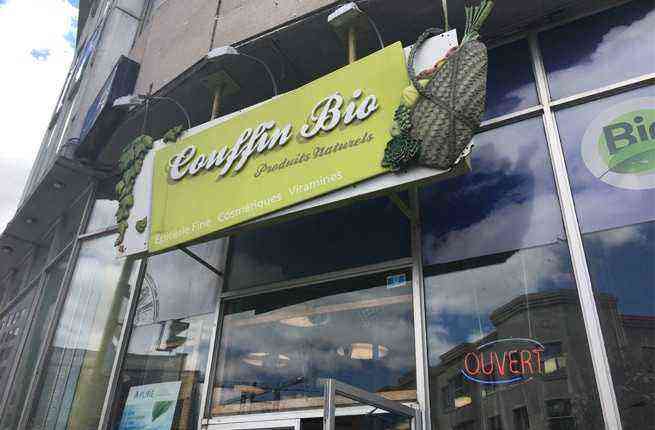 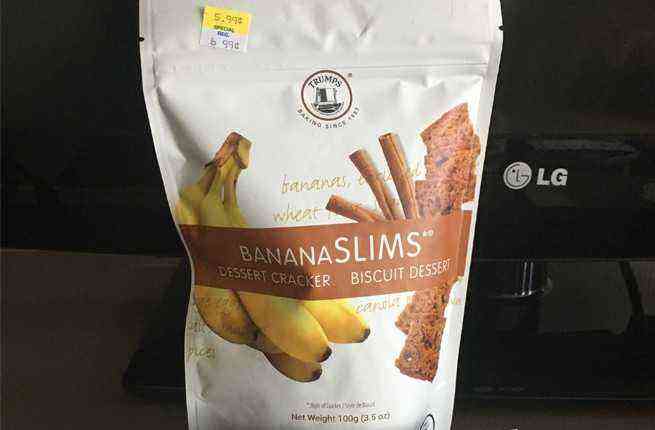 “This is f***ing beautiful,” I said, out loud, very loudly, startling several other shoppers.

I had just been to two other convenience stores, so I definitely did not need to go in here, but I had never heard of it before so I felt that it was necessary for me to explore it. And I’m glad I did. This fancy, healthy convenience store kind of seemed like a tiny Whole Foods because it sold lots of health food I didn’t know but really wanted to purchase—and was also a little too expensive for me. I bought a bag of Banana Thins because a man was giving out samples of them and I had several of the samples (he said I could have as many as I wanted–I had three). In good conscience, I had to buy a bag. Also, they were quite good.

3. This Other Jean Coutu

“Well, I guess this works.”

At this specific Jean Coutu, I also bought a Vitamin Water and a protein bar. I stuck with what I knew, all right? Give me a break. I was less enthused about my experience here, however, because it was a boring Vitamin Water flavor that I have had many times, but there weren’t any better options, so I said, “Well, I guess this works.” The protein bar was also just okay. To be honest, it made me a little ill, but I do have a very sensitive stomach so it was probably my fault. I’m giving it the number three spot, because I feel bad about saying anything negative about it, though. It was fine.

2. This Other Couche Tard

This Couche Tard was beautiful and takes the number two spot. I… didn’t actually go inside of it, but the sun was hitting it at such a beautiful angle that I decided to take a photo. It looked like it belonged in heaven.*

*I have never been inside of heaven. 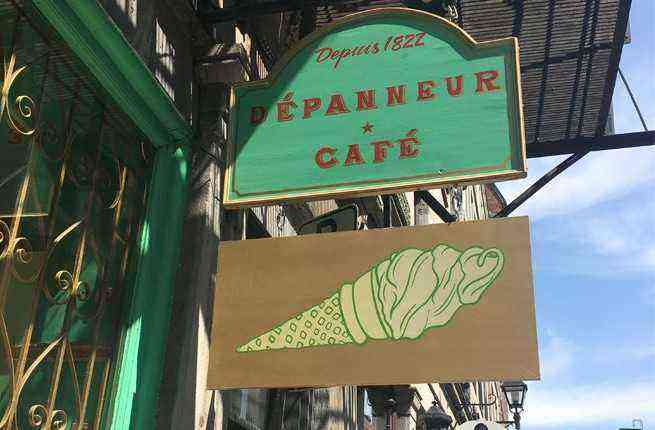 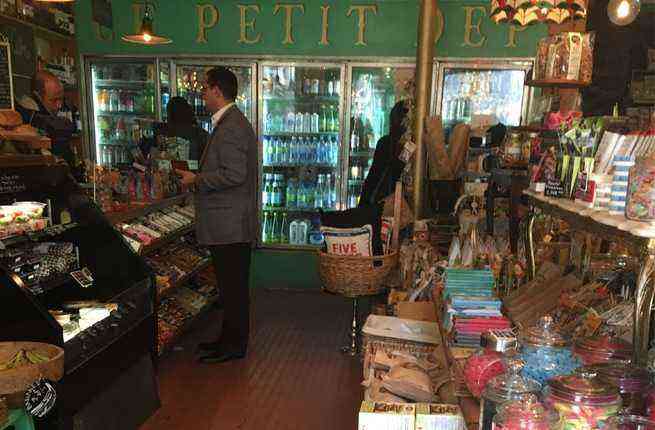 This was by far the fanciest convenience store I visited, and therefore crushes the competition for the number one spot. When I entered the store, I couldn’t believe my eyes. This … this was a convenience store? “This is f***ing beautiful,” I said, out loud, very loudly, startling several other shoppers. The shopping baskets were actual wicker baskets and they sold fancy candies and beer–two things I love deeply. I bought nothing here because I wanted to buy everything and became very overwhelmed. It is my greatest regret.