The end of the world offers adventurous foods, spooky sites, and surprising architecture.

Chile is known for its landscapes and majestic outdoors (think San Pedro de Atacama Desert and Torres del Paine) but if you have a few hours to kill before you get to the hikes, these are surprising things to do in-between nature escapades.

Colorful tombstones, a statute to the unknown Native American, heavily manicured cypress trees, and dramatic family graves with Spanish, Croatian, and German last names create quite a cosmopolitan scene at the Cementerio Municipal in Punta Arenas, one of the farthest cities south in Patagonia. In 1924, Sara Braun, a Russian pioneer that inherited a trading fortune after the death of her Portuguese husband, donated the main gate. The locals say that the central door has been shut since she was buried, as per her request. With an early 20th-century European chic style and Tim Burton-like mausoleums that include pictures, toys, drawings, plastic flowers, and religious icons, it’s considered one of the most beautiful cemeteries in the world.

INSIDER TIPPerfect to kill time before a flight, this place is only 20 minutes away from the Presidente Carlos Ibañez airport in Punta Arenas, the main airport in Patagonia.

When you come into this small, open kitchen, primitive-meets-chic restaurant, the first thing they serve you is Patagonian rain water. Then the menu goes on exploring plants, herbs, mushrooms, and algae from mountains, deserts, and seas found only in Chile. BORAGó‘s Endémica 16-course heavily plant-based seasonal menu is a forager’s dream packed in a high-end setting with beautiful plates served by the chefs and cooks. This is definitely the best way to try Cochayuyo, an Antarctic kelp that is often dried, smoked, and tied in ribbons for the market. Here, it is presented as a burnt butter in a dish that is meant to be eaten from darker to lighter colors. In 2016, this brainchild of chef and researcher Rodolfo Guzmán claimed 42nd place in The World’s 50 Best Restaurants.

INSIDER TIPBook your table with a few weeks in advance. If you go early, you can catch the 13-hours smoked lamb still on the fire pit–quite a smell and sight in the middle of an upscale neighborhood.

“God is an alien,” said local celebrity Walter Vera, on his two-hour long weekly radio show on UFO sightseeing in the Magellan area. He has hosted OVNI La búsqueda Continua on Radio Natales for 17 years and has documented more than 300 cases in the area–including his own. Every two years, he organizes a conference that includes expeditions to famous sightseeing sites such as Laguna Sofía and La Silla del Diablo (The Devil’s Chair). According to Ivan Alvarez, the Natalino owner of Lili Patagonicos, a laid back pioneer hostel in Puerto Natales, it all started with the “friendship” rumors in the late 80s: a traveling UFO device appeared and disappeared on an island on the southern coast of Chile–the meeting point between aliens and humans. It was first seen close to Puerto Mott, but decades later is a legend in Patagonia.

Meet la Huenchula at the Palafitos

Chiloé, the main island of the archipelago in the Lagos Region, still has a remote, ancestral feeling with a mix of lakes, hills, and forests that make it a beloved spot for biking, kayaking, and trekking enthusiasts.

Colonial legend says la Huenchula seduces men to protect the waters. She’s the wife of a male siren and lives in his palace in the depth of the Cucao Lake. They met when she was a young and beautiful huilliche (“People from the South”) indigenous woman sent by her mother to collect water. She was told not to look into the lake, but she couldn’t resist. The siren observing her from the depths fell in love with her.

INSIDER TIPStop for Navajuelas (razor clams) empanadas in a shack on the way. Take in the Cucao Lake view in the beautiful terrace at Palafito Cucao Lake Hostal by the entrance of the Chiloé Nation-al Park. If you are lucky, you can also be seduced.

Puerto Natales kids growing in the ’90s remembered the Bories Cold Storage Plant as a playground in ruins overlooking the fjords; their grandparents described it as the heart of the cattle enterprises, led by the legendary Sociedad Explotadora de Tierra del Fuego. The National Monument became The Singular Patagonia in 2011, and the luxurious renovation preserved the industrial layout and feel where you can still see a Titanic-like boiler engine rooms and blacksmith workshops made into lovely restaurants and conference rooms. The super modern spa, with its concrete walls and Himalayan rock lamps lighting the way, has amazing views of the water in every room, including a steam room and sauna. You can hang out with the black neck swans and caiquenes (Gooses of the Magellan) at the outdoor pool.

INSIDER TIPThe spa is open to non-guests; the anti-stress massage is the perfect antidote for any post-hiking pains. If you are interested in the history, you can book a free tour of the hotel.

Be Amazed by The Chemamülles

Mapuches are one of the fiercest and most resilient native cultures in South America. They evaded the Spanish Conquistadores and remain very present in Chilean culture. At the Museo Chileno de Arte Precolombino, they have a sample of Chemamülles, the large wooden sculptures the Mapuches used to place on top of graves in their ancient cemeteries. According to the direction they face, you can tell if the spirit was a chief or a warrior, meant to go to rest in the land of volcanos in the East, or to eat bitter potatoes beyond the sea of the West.

Puerto Montt has one the largest salmon aquaculture industries in the world as well as piures, a blood-red mollusk protected by a rock-looking cover, similar in flavor to the sea urchin. It is considered a delicacy by locals and only grows in the Chilean coast. You can eat them raw, with chopped lemon, cilantro, and onion, or in a Paila Marina, a delicious shellfish stew.

INSIDER TIPAngelmó is the name of the bay, and it has a fish and craft market. After your meal, browse the wool textiles and get some unique souvenirs from the area. 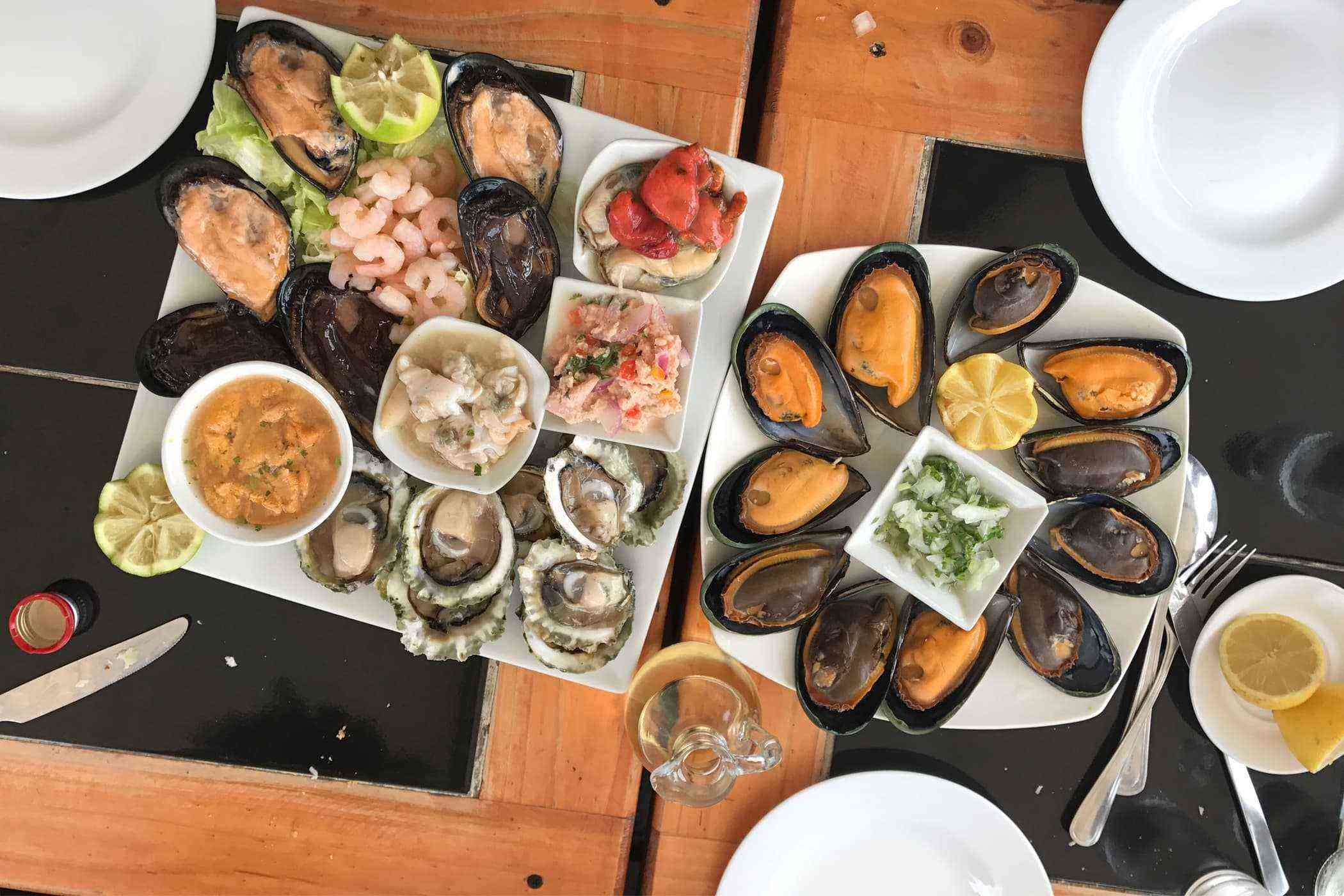 The transition from Art-Deco to Modernism took the city by surprise with an architect who loved to add gargles, lizards, and creatures to the facades of his buildings. When it was built in the 1920s, the Luciano K Hotel was the tallest in the country and the first one with an elevator. Luciano Kulczewski left his mark in several neighborhoods, including public swimming pools, working class housing projects, and private residences. He was also a founding member of the Communist Party. Today, the rooftop bar at the Luciano K Hotel adds a touch of glamour to the elevator, gargoyles, and facade, with a heated swimming pool and beautiful floors.

Since the beginning of the Spanish colonization, Chiloé has been known as a place where secret societies and invisible powers have a strong presence. Indigenous Mapuche legends, European witch folk stories, and Catholicism created a unique mythology that has become a trademark of the island. To this day, if you ask around, brujos, hechiceros, curanderos, machis, and all sorts of magic creatures are available to cure the maladies of the soul. The main island of Chiloé also has sixteen UNESCO Heritage wooden churches built in a unique Chilote style. The missionaries, originally Jesuits and later Franciscans, brought the floor plans while the local carpenters used the materials and native techniques to adapt them–the result is an ingenious blend. 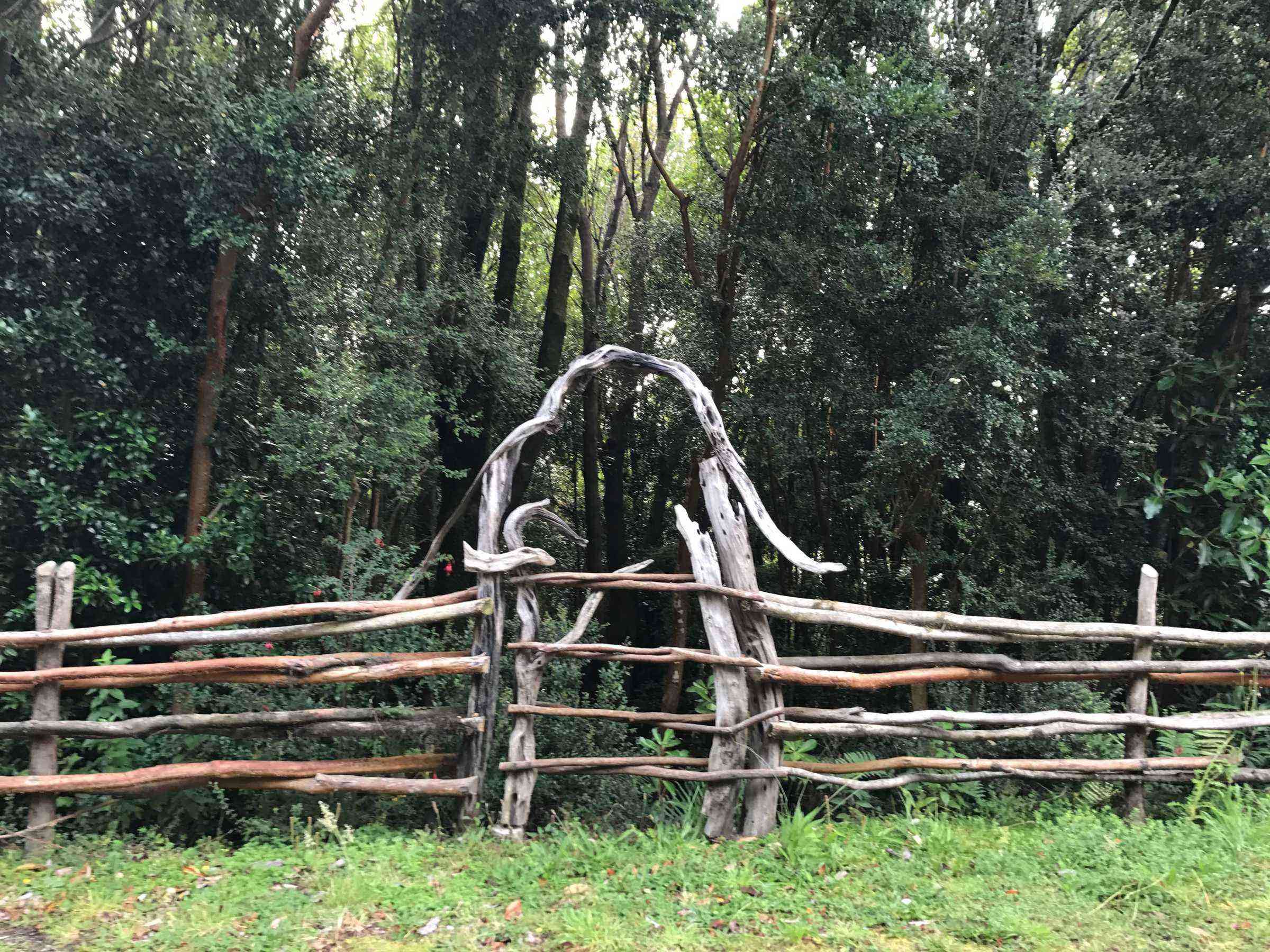 Guanacos are the grandfathers of llamas and vicuñas. Kings of the Patagonia, and favorite prey of cougars, they used to be food for local indigenous tribes. Ancestros Patagonia is an amazing dinner-multimedia show honoring Selk-Nam, the last tribe in Tierra del Fuego. The performance reinterprets the myths with a contemporary dance and archived photography and music. The meal courses are paired with the scenes in the show and they follow the timeline of colonization. You get to drink water from a conch, taste the new ingredients brought by Spanish (wine), and eat guanaco from a rock, cooked with the original recipe in the same way locals used to. 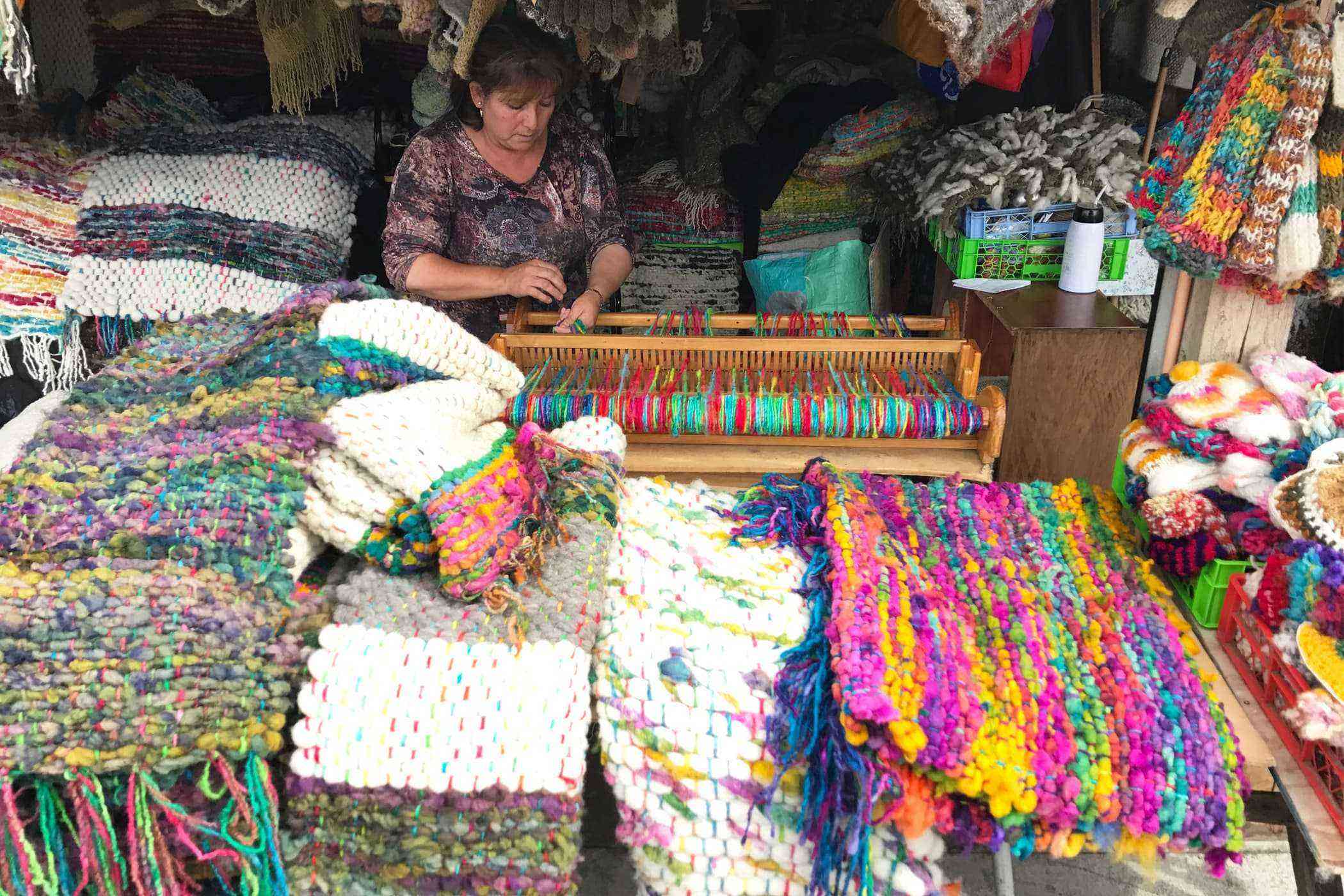 RELATED STORY
In Chile, ‘Spiders’ Have Been Making Wool Products for 10,000 Years