Here’s what Davey Jones is hoarding in his locker.

For as long as the human race has walked the coasts of the earth, we’ve been drawn to the sea. Despite its danger, despite the unknowable horrors that roil beneath its waves, despite all the lives and vessels that have been unceremoniously consumed beneath its surface, we simply can’t stay away. And while many vessels have managed to conquer the sea, returning to safe harbor, these seven ships—under strange circumstances—weren’t so lucky, their ultimate fates becoming shrouded in a haze of mystery. 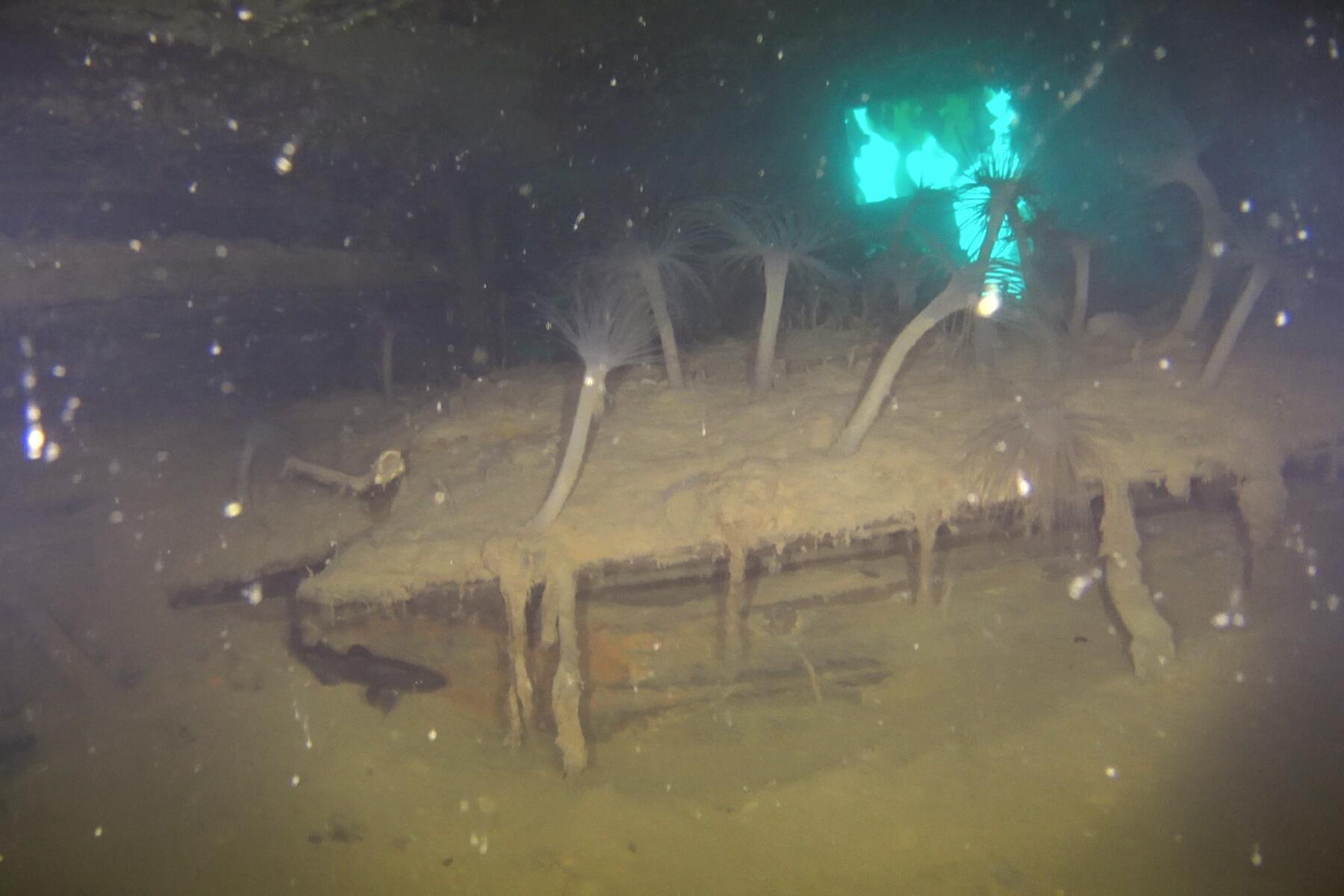 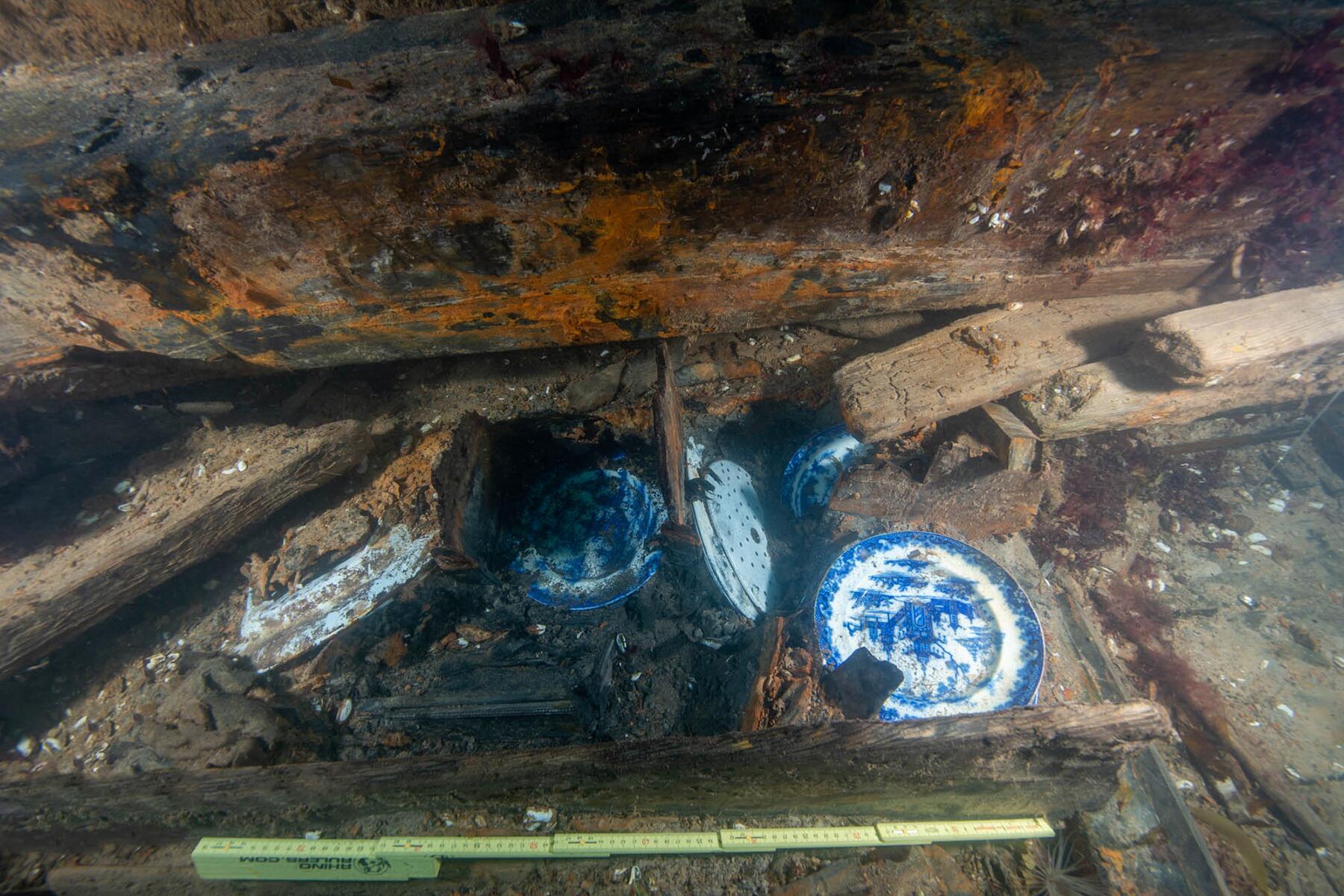 PHOTO: Courtesy of Parks Canada Agency
Previous Next
1 OF 7

The HMS Terror and HMS Erebus

The crème de la crème of mysterious shipwrecks are without a doubt HMS Terror and its sister ship HMS Erebus. In 1845, Captain Sir John Franklin led an Arctic expedition in search of a Northwest Passage. Unfortunately, the ships were trapped in ice off the coast of King William Island in what is now the Canadian territory of Nunavut. After two years of hoping for the ice to break, the crew abandoned both ships with the intent of making their way out of the Arctic on foot. None of them survived.

The mystery of both the crew and the ships’ exact fate would serve as a point of fascination for 150 years. Subsequent expeditions were launched. Songs were written. Dan Simmon’s novel The Terror (and its television adaptation) tells a fictionalized account wherein the icebound crew are attacked by a supernatural creature. It was theorized that some of the crew may have died—or even been driven mad—by lead poisoning due to being exposed to lead in tin cans and the ships’ water filtration system. (Though this theory was debunked in 2018. Turns out, having sustained lead poisoning was pretty standard if you were a Victorian.)

Over the decades, various graves and human remains were discovered. One of the earliest accounts of the failed expedition found that “based on the mutilated state of many of the bodies” that the men, in their desperation, had resorted to cannibalism. Via modern forensic testing, scientists would determine that the men variously died of malnutrition, disease, and the cold.

Yet the ultimate resting place of the ships remained a mystery until 2014 when a Parks Canada team found the Erebus in relatively shallow water off of King William Island. The Terror was found two years later in the body of water that bears its name—Terror Bay. Their locations, as it would turn out, were consistent with generations’ worth of Inuit oral history which had been largely discounted or ignored by Europeans.

In 1900, sponge divers off the coast of the small Greek island of Antikythera discovered a Roman shipwreck that’s believed to have sunk around the year 60 B.C. The wreck has proven to be a veritable treasure trove of ancient artifacts. Coins, jewelry, marble sculptures, and beautiful bronze statues have all been recovered from the site. But the most compelling object to be raised from the wreck is an unusual device made up of multiple bronze gears (as well as a handle that allowed users to wind the device) that’s come to be known as the Antikythera Mechanism. This complex device is the earliest known example of an analog computer and was used to track the movement of celestial bodies. But perhaps the thing that makes the mechanism so intriguing is that nothing else like it has been found before or since its emergence from the Aegean over a century ago. 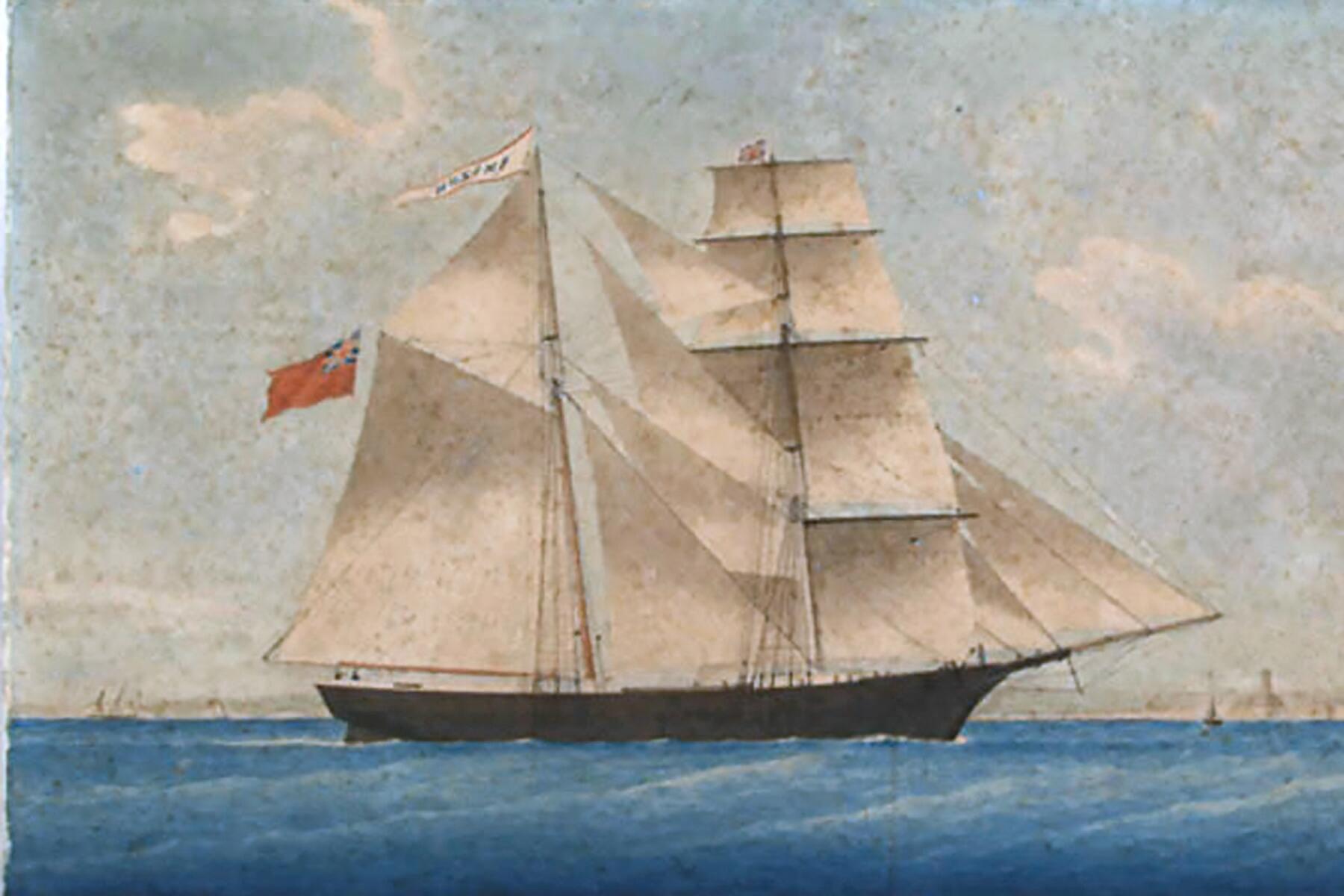 In 1885, the Mary Celeste was intentionally wrecked off the coast of Haiti for the purposes of insurance fraud. But by that point, the ship had already been at the center of one of the most persisting and contested mysteries to take place on the sea. In 1872, the Mary Celeste sailed from New York City en route to Genoa carrying a shipment of industrial alcohol.

About a month later, another ship, Dei Gratia, sighted the Mary Celeste about 400 miles off the coast of the Azores. The captain, knowing that the Mary Celeste had left New York ahead of Dei Gratia and should have reached Italy already, sent a boarding party to investigate. What they found was…nothing. The Mary Celeste was empty. There were no signs of a struggle or damage to the ship. The cargo had been left intact. The only thing missing was a single lifeboat and any clear indication of what had caused the abandonment. None of the souls that sailed aboard the Mary Celeste were ever heard from again.

The theories about what happened to the crew of the Mary Celeste range from the logical (mutiny) to the convoluted (fumes from the industrial-grade alcohol drove everyone mad) to the supernatural (attack by giant squid). Some even accused the crew of Dei Gratia of foul play, suspecting them of orchestrating the crew’s disappearance to cash in on the salvage payment.

A contemporary investigation posits that because the Mary Celeste’s pumps might have been damaged in a previous voyage and the captain, without a good way to tell how much water was in the hull, made the call to abandon ship. A tragic irony considering the ship did prove to be seaworthy and indeed sailed for over a decade after the strange incident. 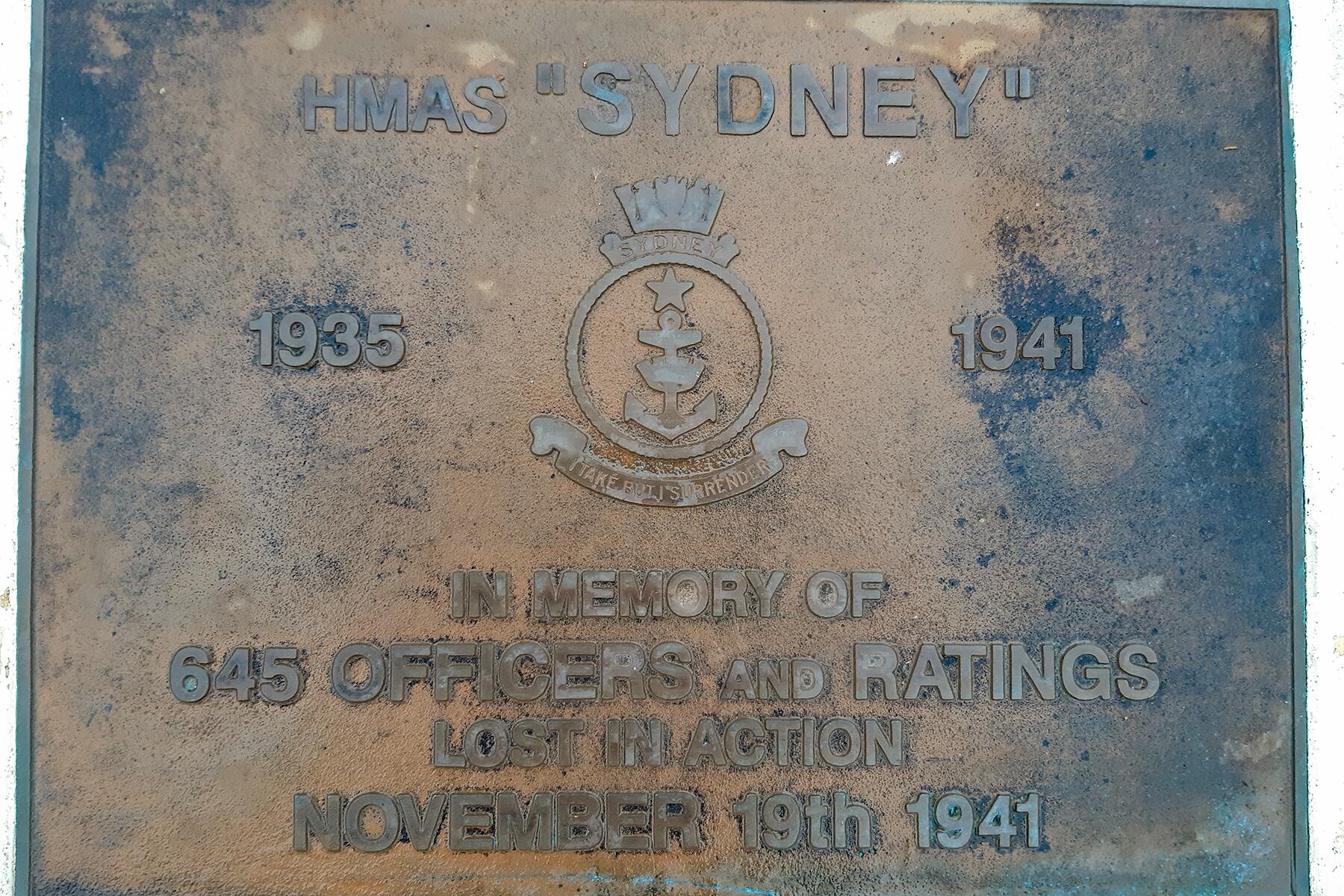 In 1941, off the coast of Australia, the HSK Kormoran, a German raider that had been sailing under the guise of a Dutch merchant ship and an Australian warship, the HMAS Sydney, exchanged fire. While both ships sank in the aftermath of the battle, 300 German sailors abandoned ship and were eventually picked up by the Australian military whereas not one of the 645 men aboard the Sydney survived.

The captured Germans were questioned about the ships’ location but the accounts varied so wildly it was assumed they were lying and were summarily discounted. Every so often there would be an attempt at finding the Sydney but none were successful.

That is until cognitive psychologists Kim Kirsner and John Dunn started looking at the accounts given by the German sailors not as attempts at deceit but as examples of how human memory works. Or, more specifically, how when recalling a memory, we tend to fill them in with details that make the story we’re telling make more sense. Kirsner and Dunn compiled the accounts and looked for the stories that were most consistent with each other, making a note of all variances. After concluding that the accounts were most likely truthful, they looked for a point on the map that was most consistent with the stories. Their findings were later used in the 2008 expedition to find the Sydney. The wreck of the German ship was found 2.7 nautical miles from the place Kirsner and Dunn had indicated. The Sydney was found nearby just a few days later. 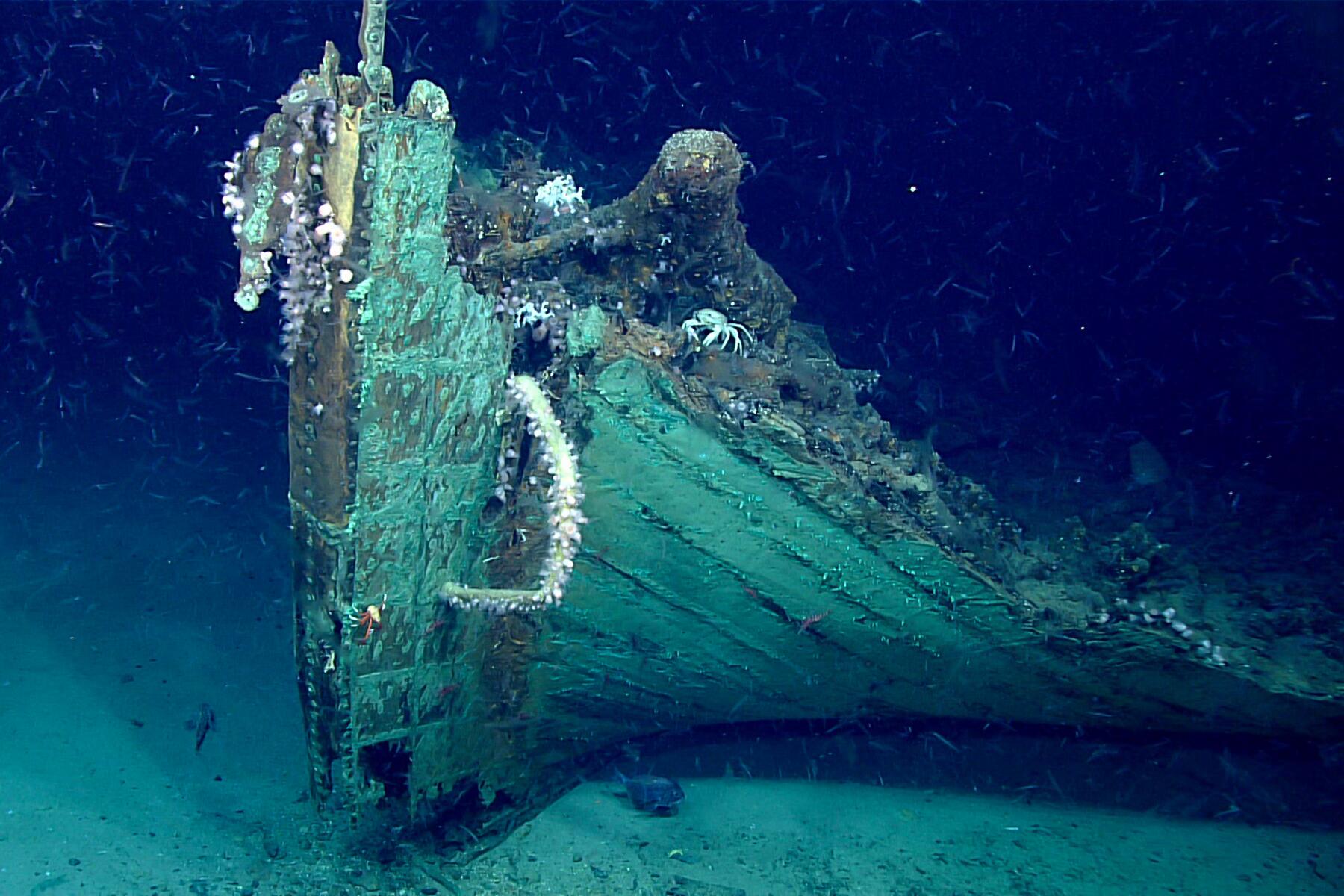 PHOTO: Image courtesy of the NOAA Office of Ocean Exploration and Research.
5 OF 7

In 2019, researchers with the National Oceanic and Atmospheric Administration were conducting a routine test on their new equipment in the Gulf of Mexico when they stumbled upon the wreck of a mid-19th century ship bearing the number 2109 in brass on its rudder. While researchers were able to determine that the ship would have been built around the mid-19th century, it’s possible that it didn’t sink until decades later. And while some charred timber seems to indicate that the ship was engulfed in a fire causing it to sink, it seems that the fire would have destroyed additional clues—personal belongings, riggings, decks—about what happened to the ship and who it might have belonged to. 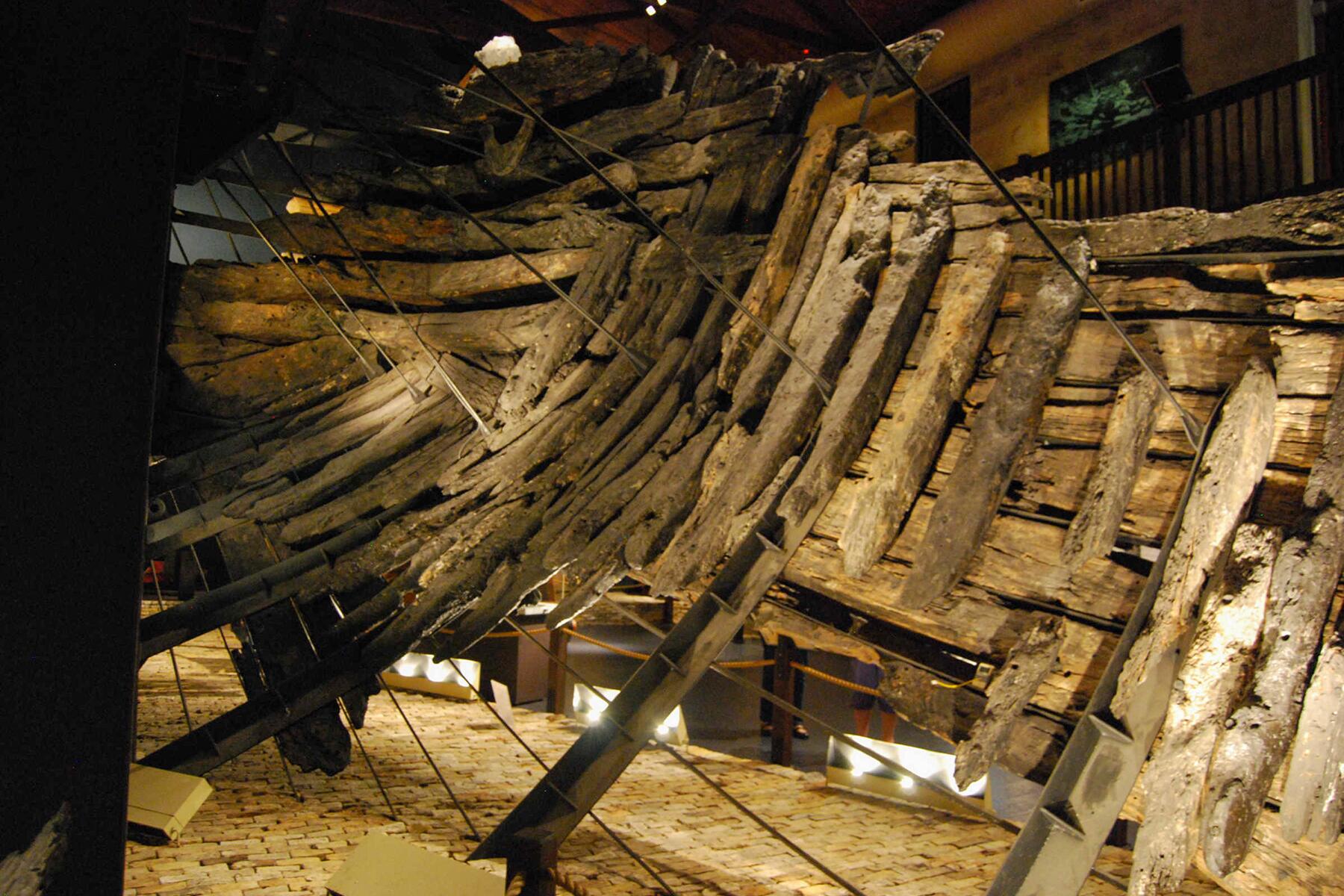 In 2017, archaeologists uncovered a mass grave on an island located about 50 miles off the western coast of mainland Australia. The remains were that of five people that had sailed on board the Batavia, which wrecked not far from the site in 1629. The bodies had been carefully interred and bore no indication that they had met violent ends.

Which is more than you can say for the majority of the people who had the misfortune to be a part of the Batavia’s first and final voyage. The Batavia was a Dutch East India Company ship on its maiden voyage en route from the Netherlands to what is present-day Jakarta before it wrecked on a reef. The survivors of the wreck were able to make their way to nearby Beacon Island. The ship’s commander, Francisco Pelsaert, lead a small group in search of water and help. He returned three months later to discover that Jeronimus Cornelisz, a high ranking merchant, had turned the island into his own violent fiefdom, orchestrating the murder of at least 110 men, women, and children. Upon Pelsaert’s return, Cornelisz, along with several of his cronies, were executed.

Despite this notorious chapter having taken place in the early 17th-century, the wreck of the Batavia itself wasn’t definitively rediscovered until it was spotted by a fisherman in 1963. The wreck itself is now a popular dive spot, though any would-be treasure hunters won’t find much as the 250,000 silver coins that left the Netherlands almost 400 years ago were recovered either by Cornelisz or the mutineers. 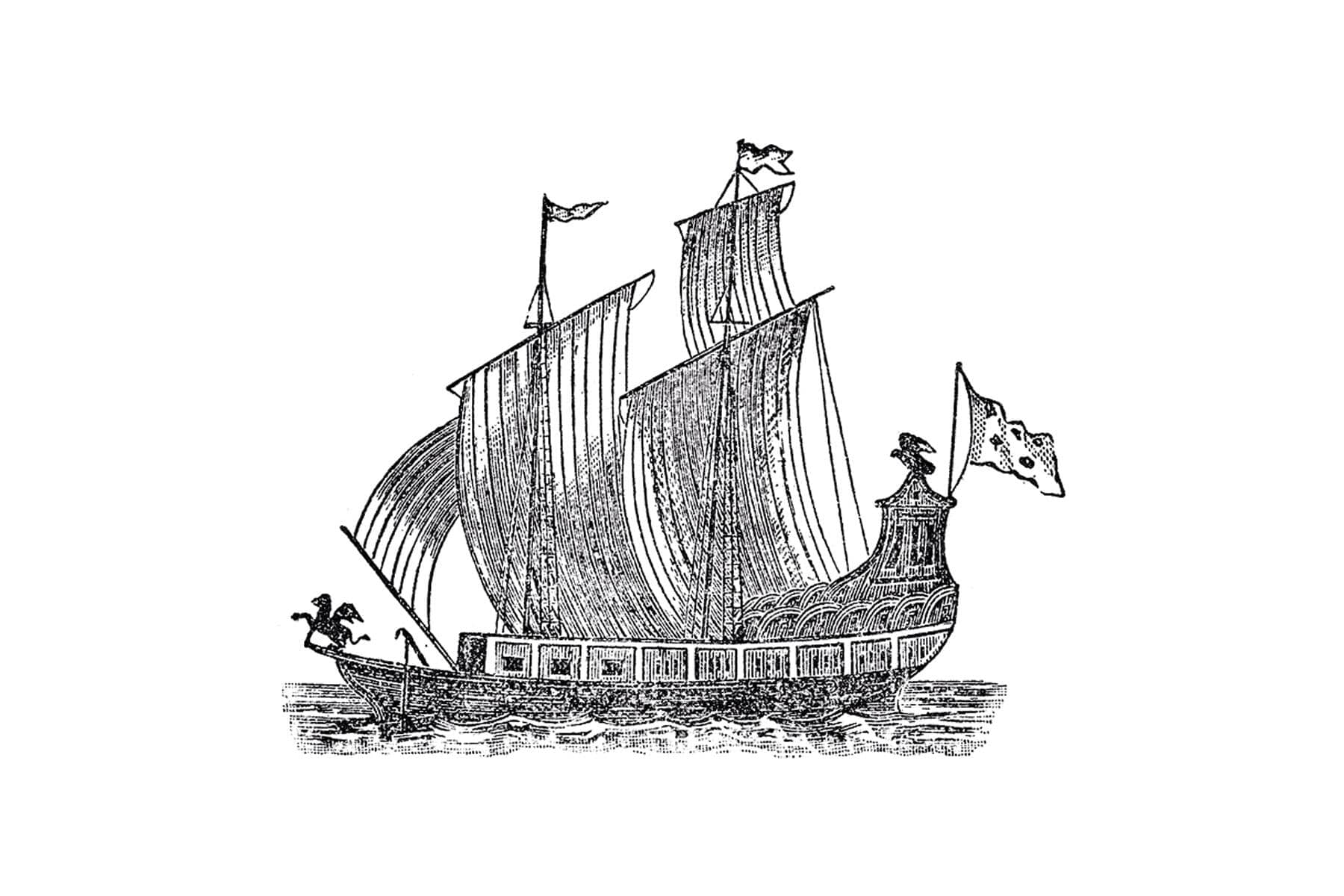 Before the Terror and the Erebus sailed the Arctic in search of the Northwest Passage, 17th-century French explorer René-Robert Cavelier, Sieur de La Salle sought to finance his search for the elusive shortcut to Asia by trading furs with the Native Americans. He built Le Griffon, one of the first European ships to sail the Great Lakes, and sailed with the ship through Lake Erie and Lake Huron, but upon reaching what is present-day Green Bay he disembarked to continue exploring via canoe. Le Griffon, along with its crew and cargo of pelts, was meant to return to Niagara Falls. They were never seen or heard from again. Some have said that Le Griffon disappeared after a violent storm, La Salle was convinced that the crew had betrayed him and made off with the valuable pelts. Whatever the case may be, the ultimate resting place of Le Griffon remains a hotly contested mystery to this day.

Indeed, Le Griffon is the most sought after shipwreck in the Great Lakes—dubbed the “Holy Grail”—not because of any treasures it might contain, but simply for the all-time bragging rights that would come with putting the period on this mystery. Since its disappearance, many people have claimed to have discovered fragments that belonged to Le Griffon, but they’ve either been unable to confirm this or the pieces were determined to belong to another vessel.