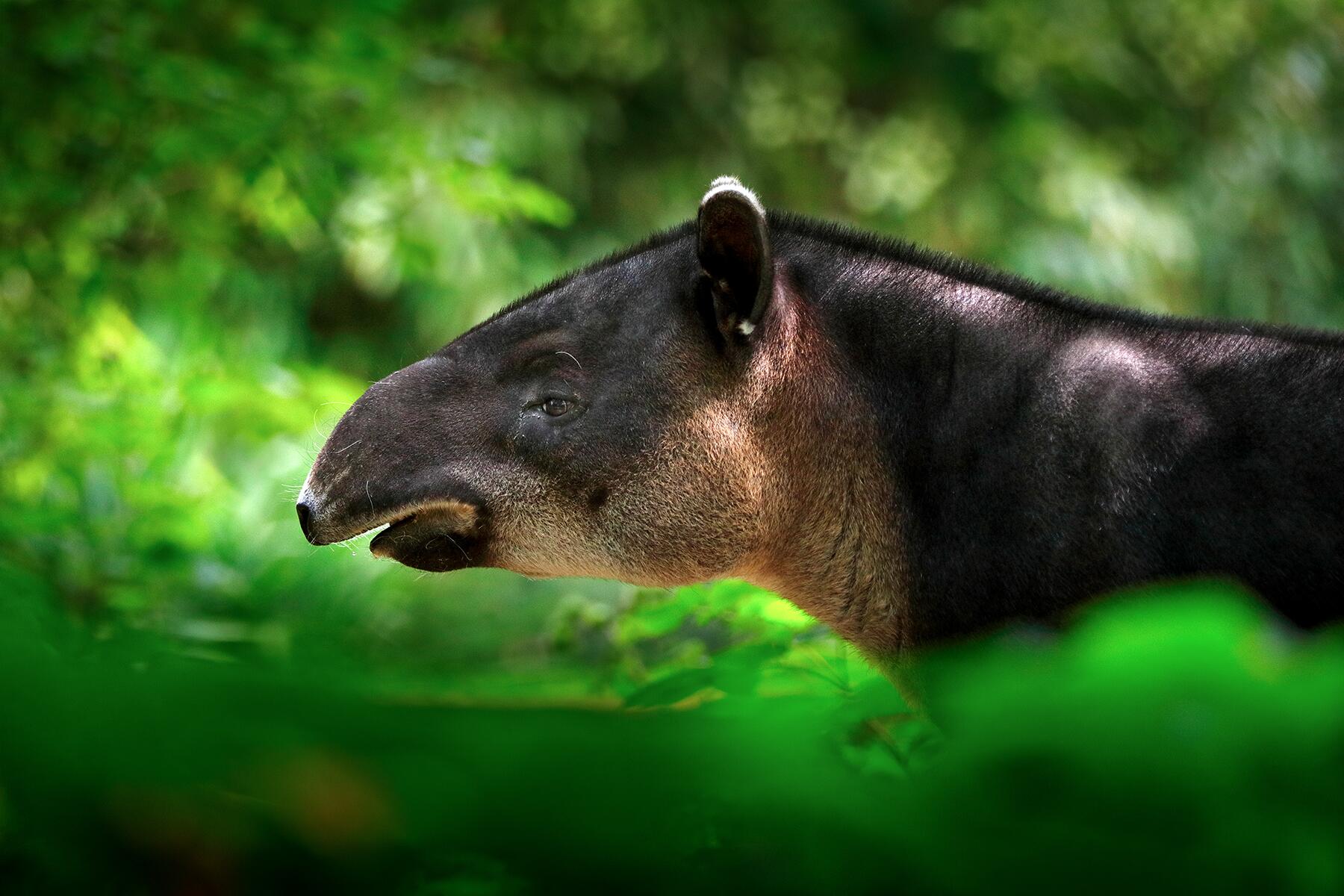 When we look up, we see the stars, but when we look down, we see…wait...what is that?

Late last year, in a somewhat unexpected turn of events, former Israeli space security chief, Haim Eshed, went public with claims that not only are extraterrestrials real, but that the U.S. government (including former President Trump) has been in communication with them—he refers to them as a “Galactic Federation”—for some time now. Why wait to reveal such a piece of information? So as to avoid “mass hysteria” among the public, says Eshed, who, in his statements, also revealed there’s an underground base on Mars where the above-mentioned aliens are co-existing with government officials.

While we await updates (though, the Mars office has already essentially been disproven), it made us think: If this Galactic Federation was truly just camping out in space right now, what are some of the things they’d see looking down over here at Earth? 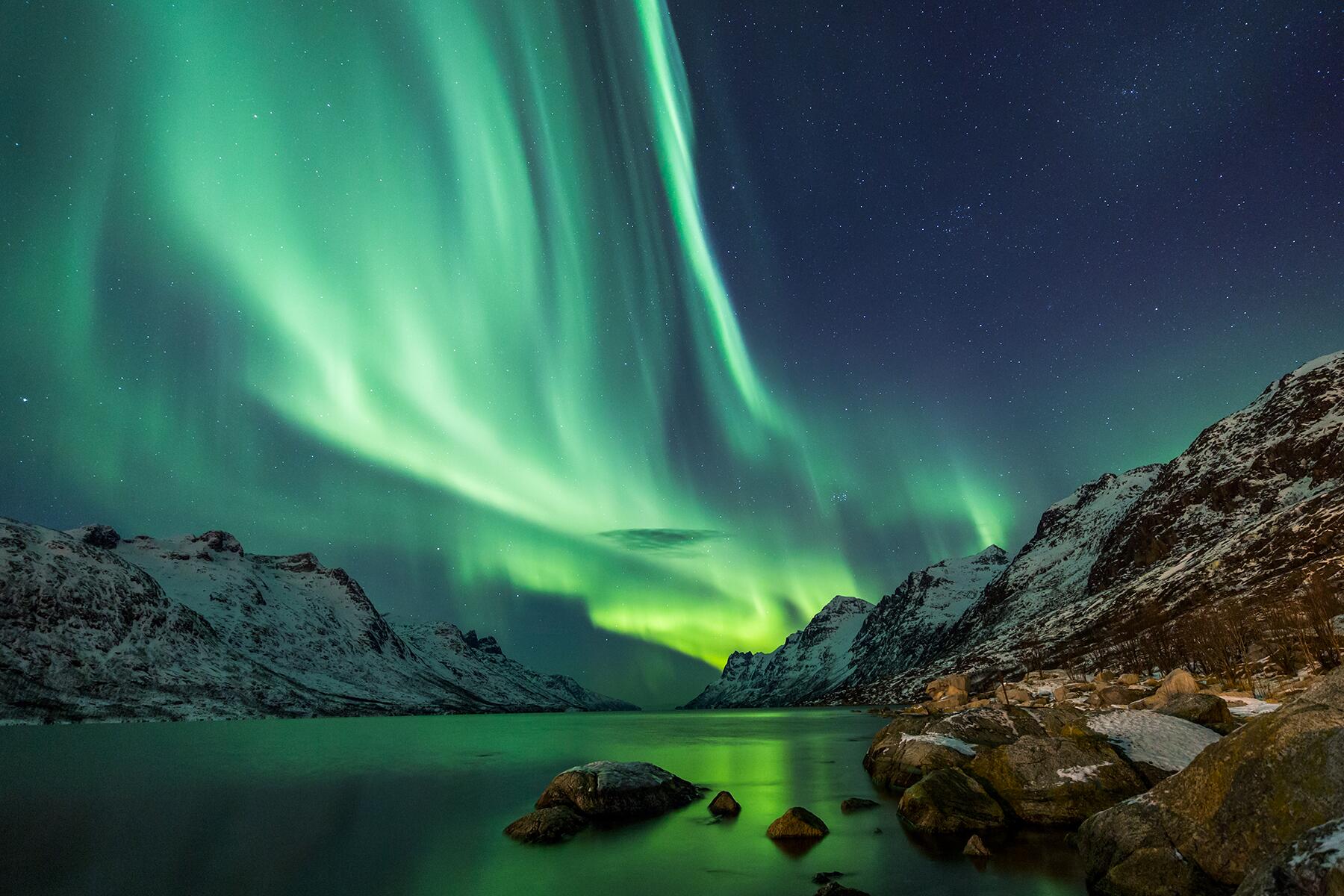 One of the greatest natural wonders of the world, what can we say about the Northern Lights that hasn’t already been said? Well, did you know that these beguiling particles that live in Earth’s upper atmosphere are also viewable from outer space?! This makes sense considering, per the Library of Congress, the height of the lights can reach up 620 miles above the planet’s surface. 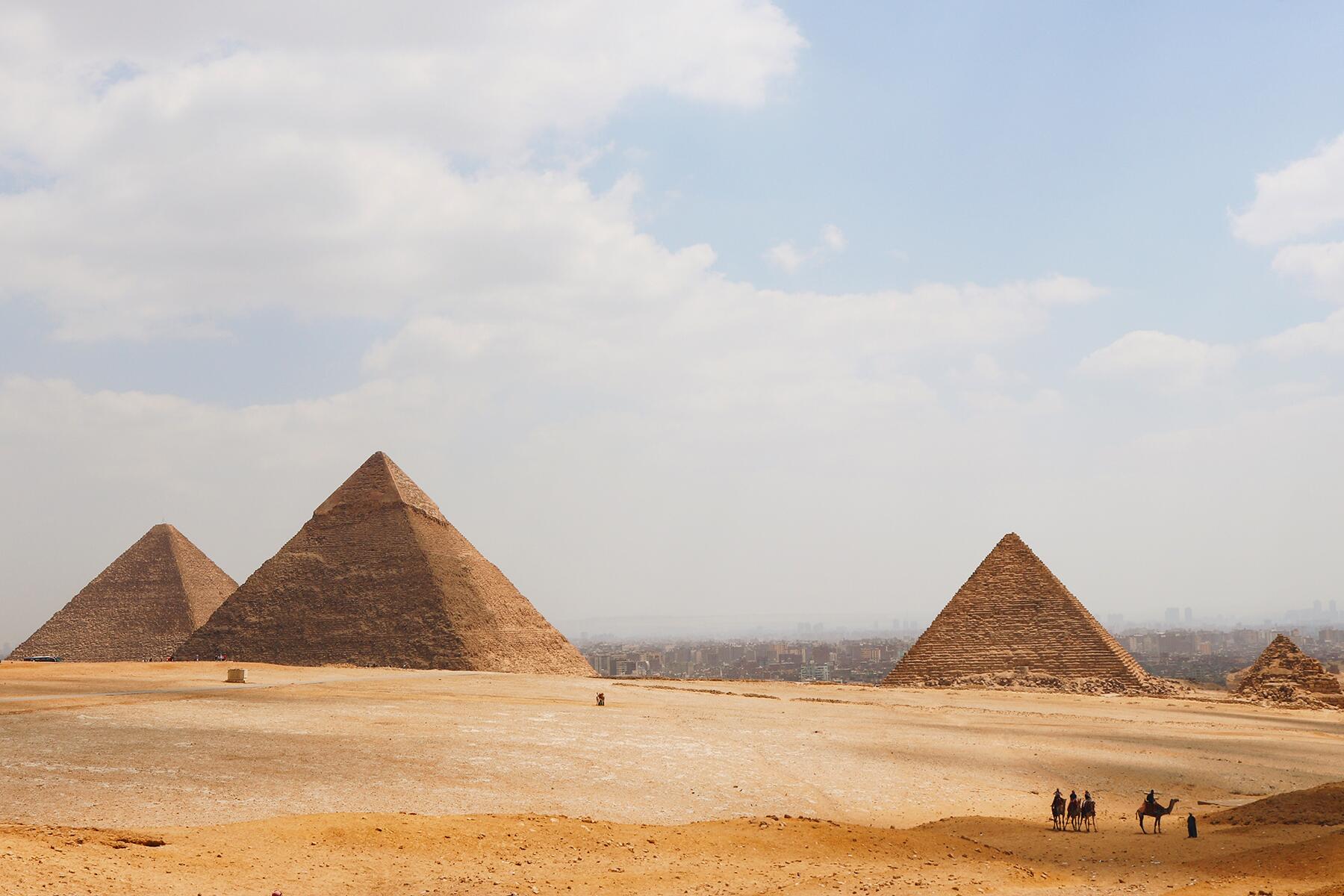 The Pyramids at Giza

Measuring 455 feet tall, the Great of Pyramid and its two slightly less tall counterparts peek up so high that you can get eyes on them if you’re floating up around the solar system. Never forget in 2010 when astronaut Soichi Noguchi posted a photo providing us with such evidence! 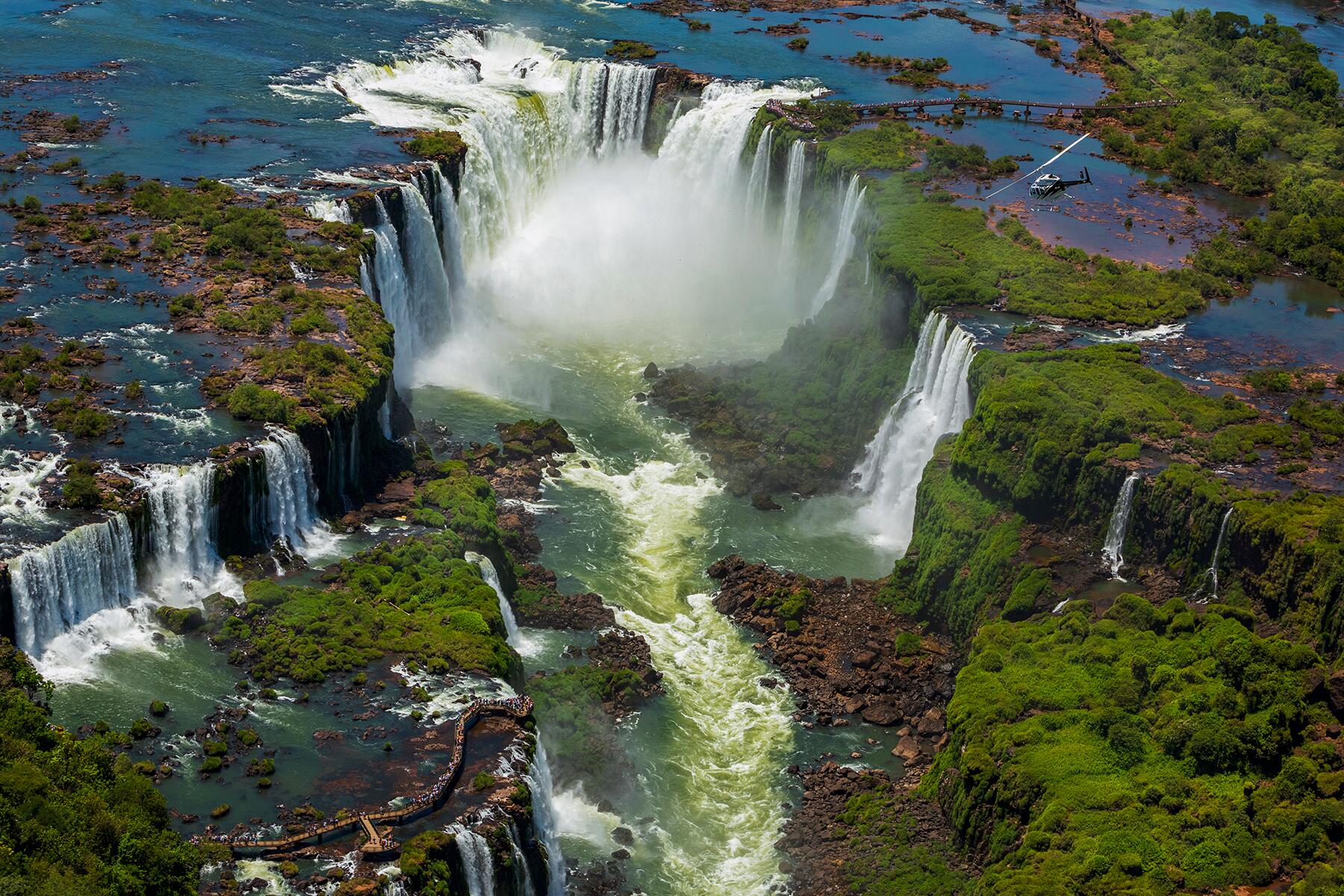 One of the New Seven Natural Wonders of the World, Iguazu Falls typically contains around 275 waterfalls (though that number can rise to 350 during the rainy season). As such, the spray from the spot, which is located where the borders of Argentina, Brazil, and Paraguay intersect, can be seen from space; and the view from Earth’s surface isn’t so bad, either, with its bevy of rainbows and butterflies. 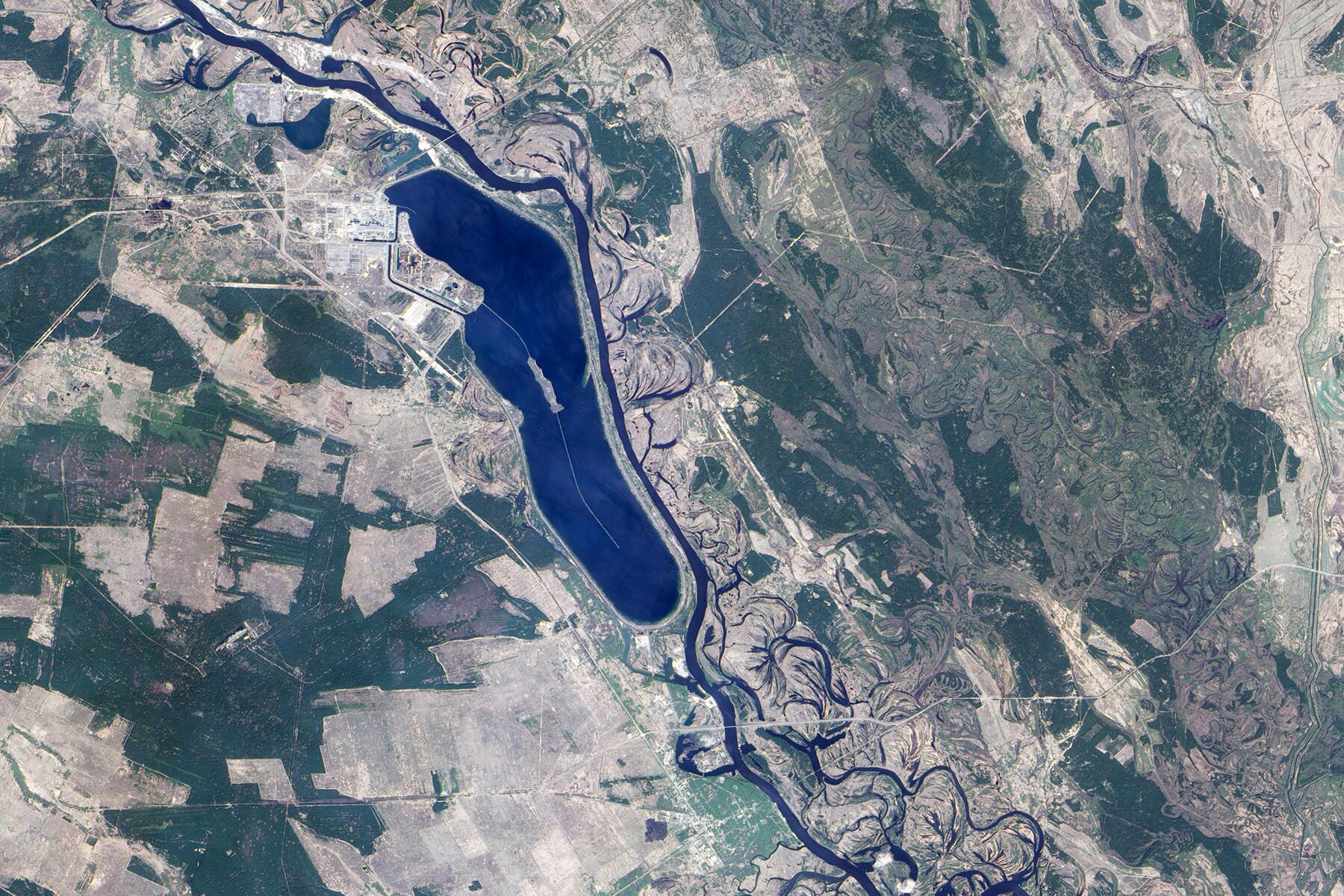 While the infamous Chernobyl Power Plant (generally) might not be visible from space, its Cooling Pond, specifically, is pronounced and reportedly distinguishable from those who have observed it from above. The pond is/was intended to provide the facility, a nuclear power plant, with cool water. Now, the body of water is said to be overrun by wildlife, including giant catfish (who have unfairly been deemed the product of radiation). No, the giant catfish cannot be seen from space. 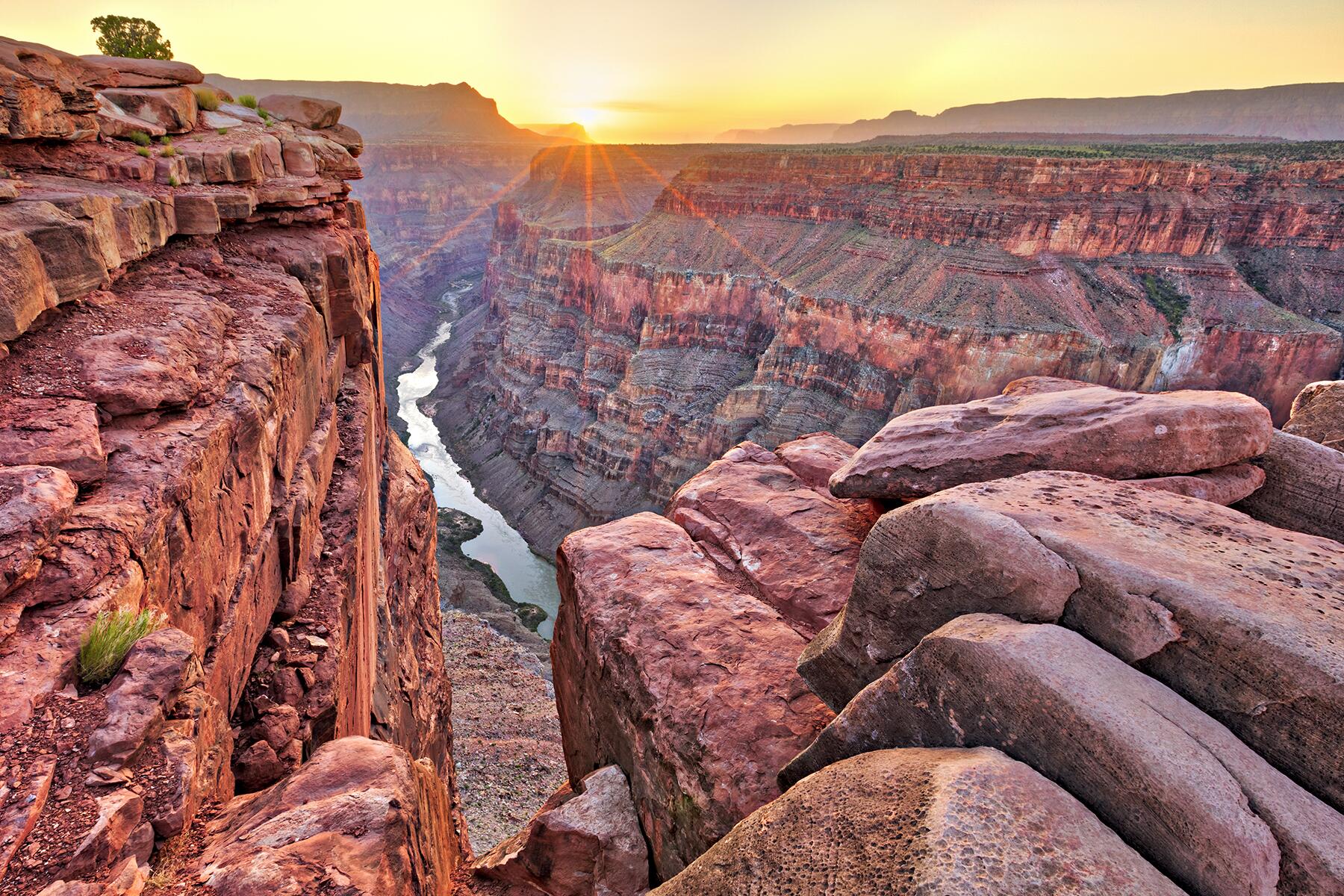 At a length that runs about 10 miles, with a depth of one mile, Grand Canyon National Park practically demands to be seen from space (after all, it is bigger than the entire state of Rhode Island). What’s semi-related, but equally interesting is that NASA has compared it to that of a sight on Mars called Valles Marineris, which is also located in a desert and can be seen from space. Though, they do have their differences; for starters, Valles Marineris runs for about 2,000 miles… 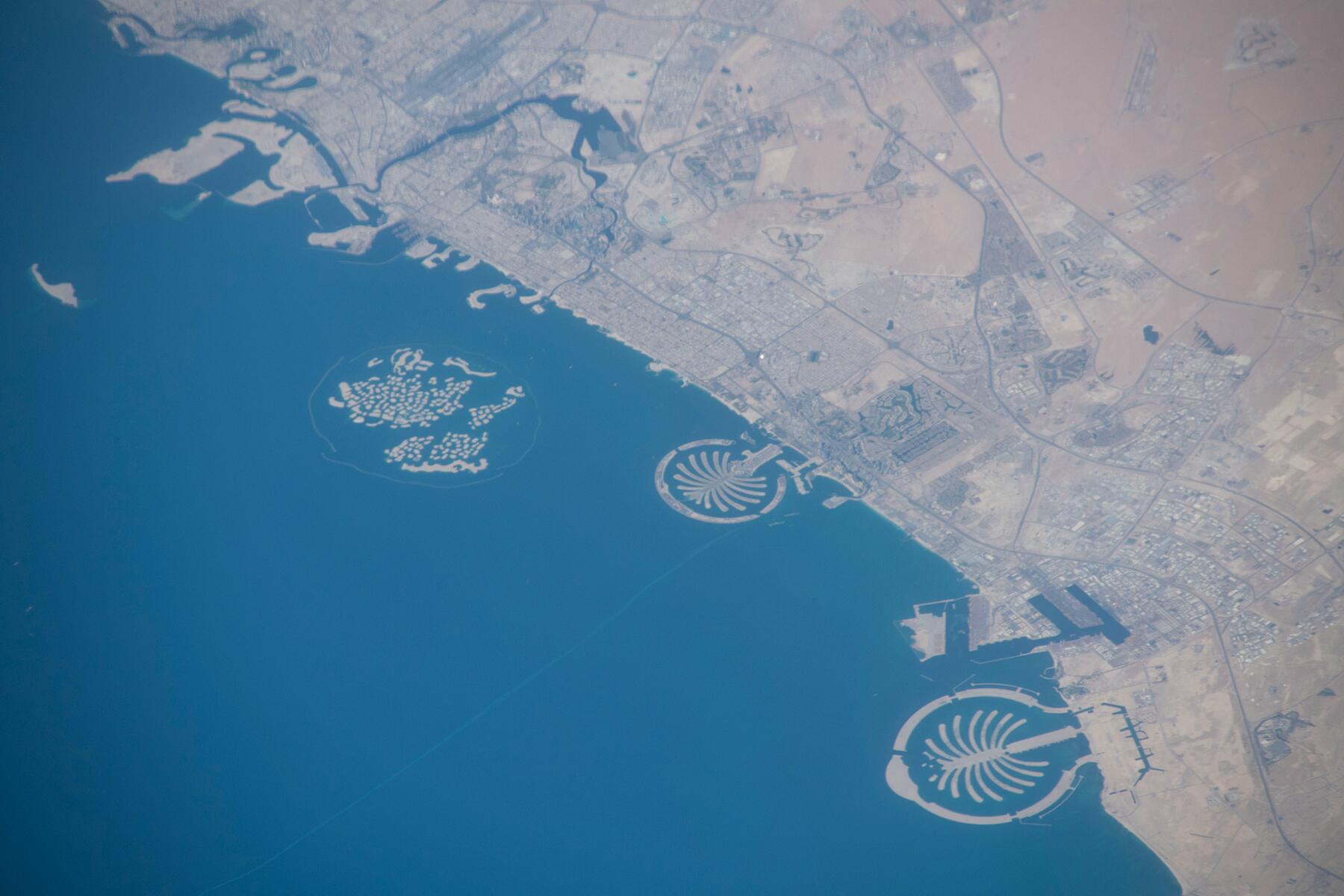 One mile off the coast of Dubai are three manmade resort islands—Palm Jumeirah, Deira Island, and Palm Jebel Ali—that can all be seen from space. With its distinct palm tree shape (that features a 1.2 mile-long trunk), Palm Jumeirah is perhaps the most identifiable of the bunch and, at the time of its opening almost two decades ago, it was marketed as “being visible from the moon.” 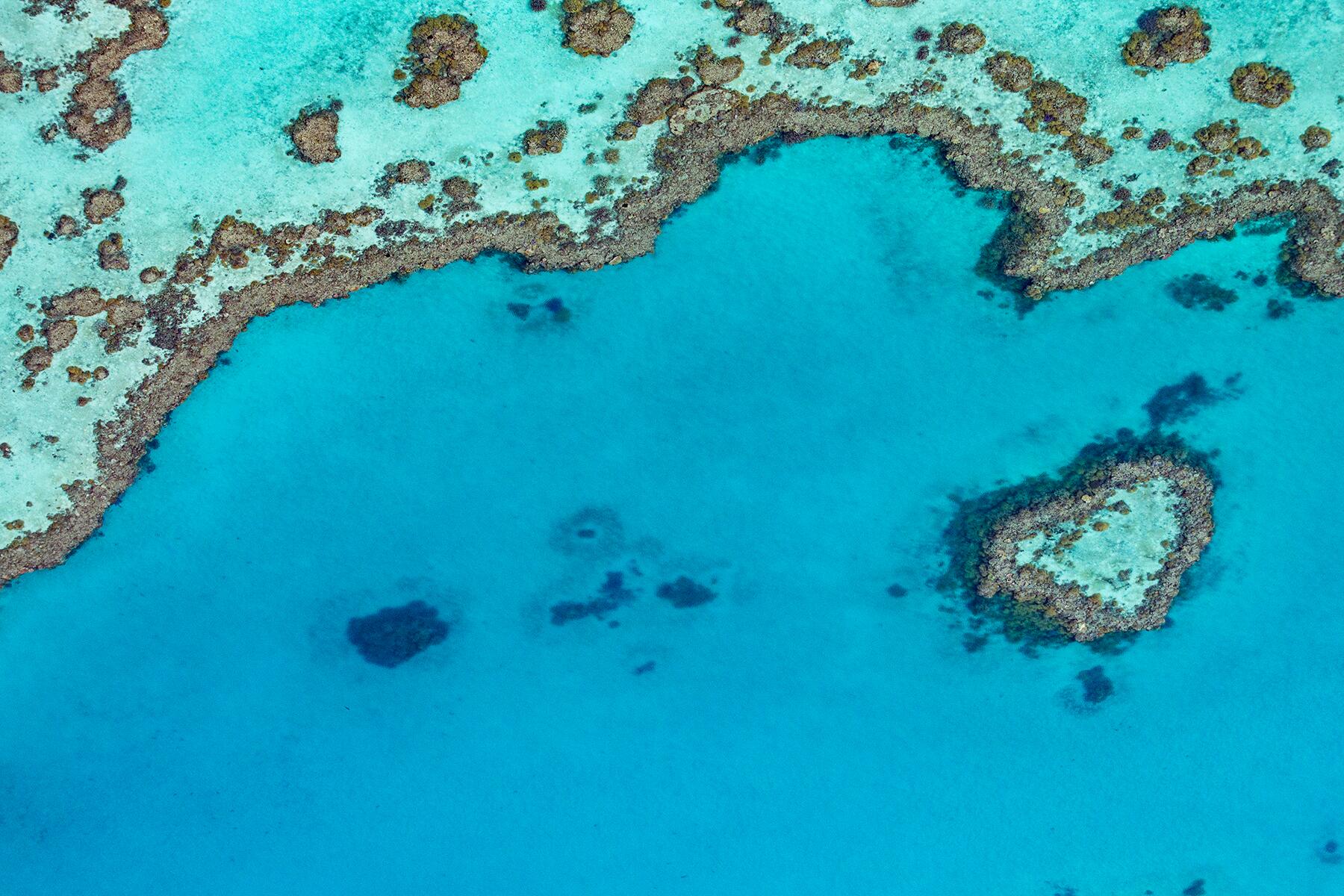 A destination that attracts two million tourists annually, Australia’s Great Barrier Reef spans 1,429 miles (70 million football fields) and is home to a bevy (to say the least) of varied marine wildlife. This includes its coral polyps which are striking and unmissable, even after you leave the Earth’s atmosphere. Actually, make that especially after you leave the Earth’s atmosphere.