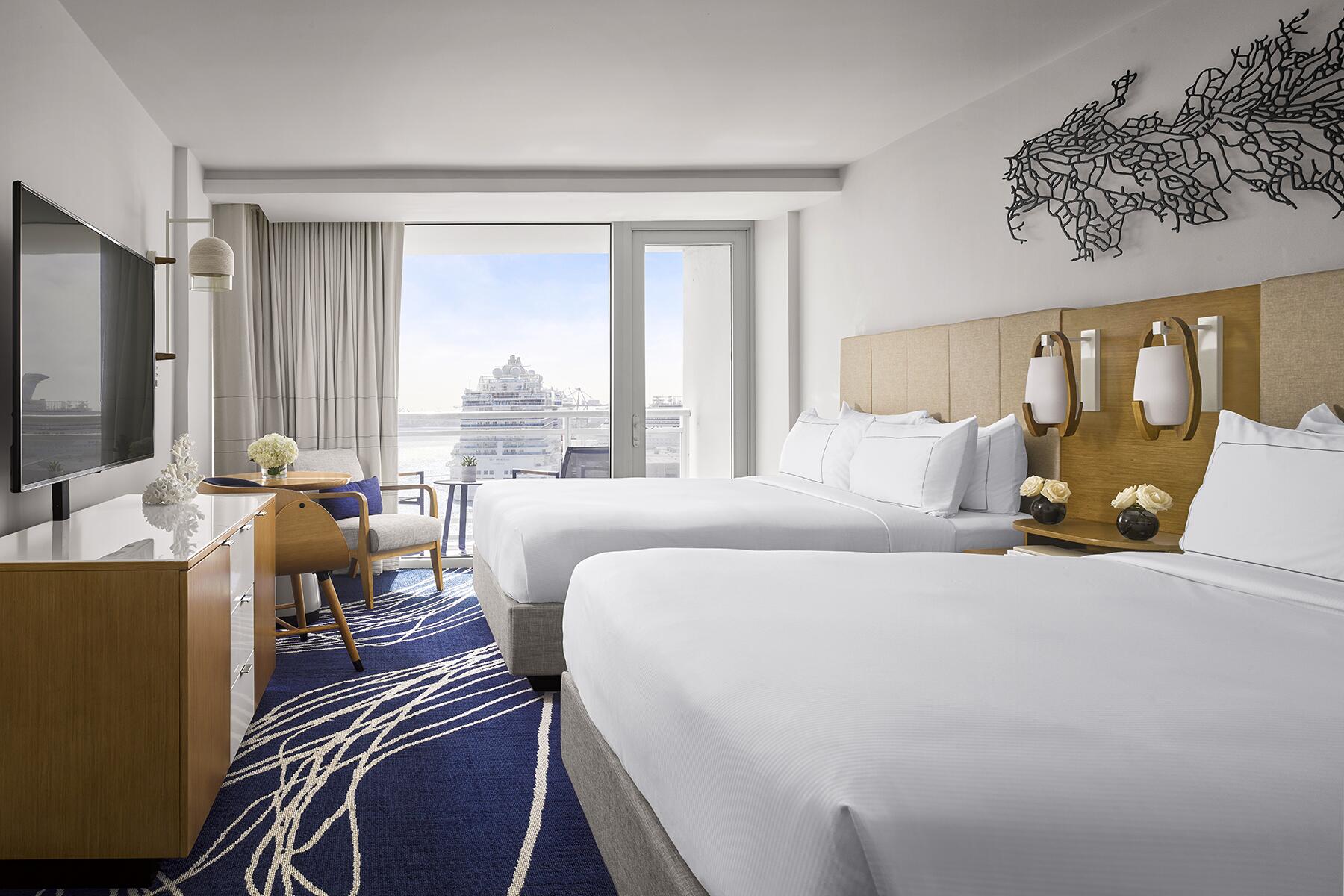 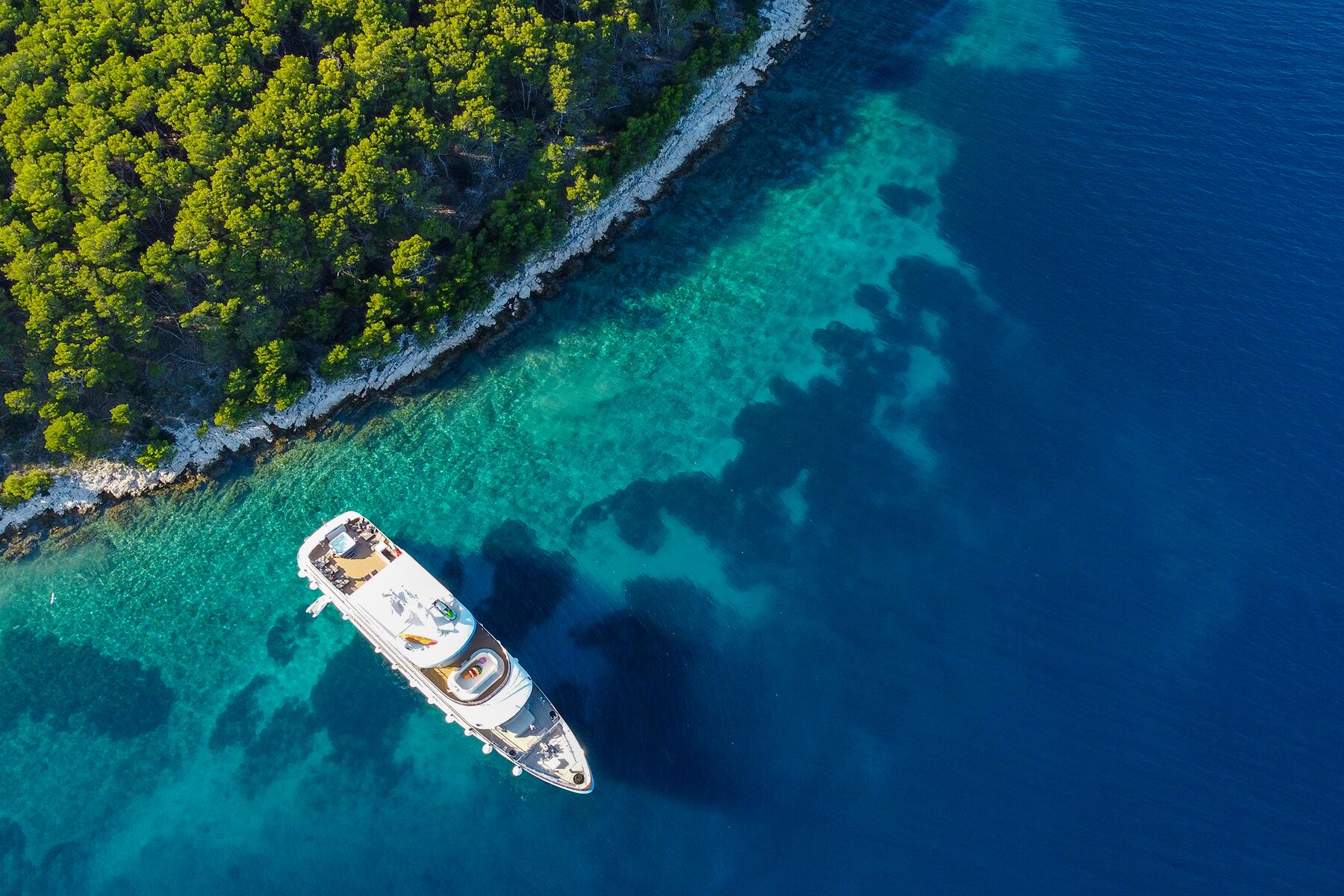 Cruises & Crossings Jeff Bogle So, What's It Like to Sail on a $100,000 Per Week Private Yacht in Croatia? 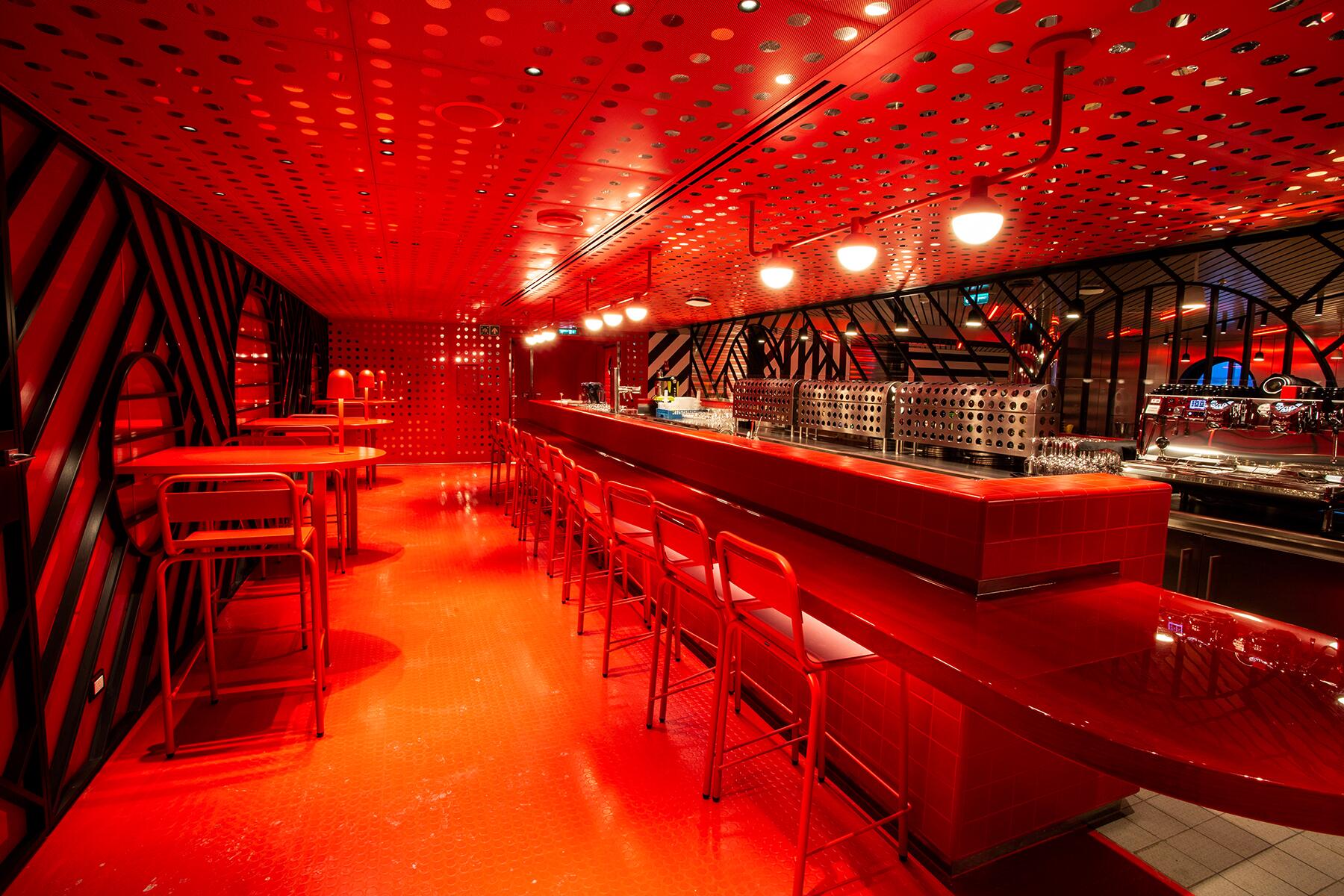 Cruises & Crossings Jeff Bogle For the Haters, This Could Change Your Mind About Cruises 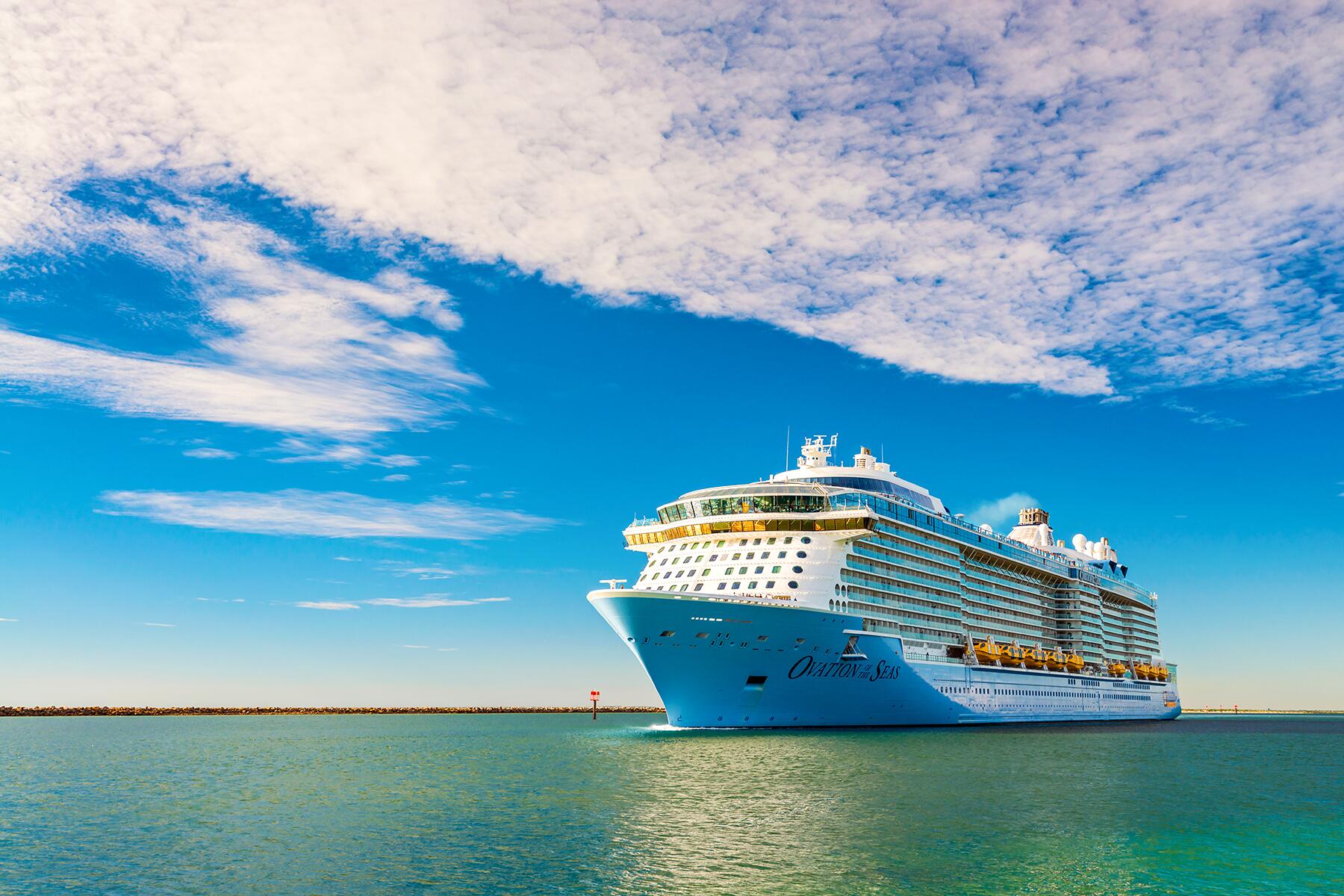 You’ve booked your first Disney Cruise. So now what?

Booking your first cruise–especially a Disney Cruise–can be a daunting (and exciting!) task. There are so many questions before your board–how will I get tickets to the show? Will we get to meet all of the characters? Here are a few tips to help you navigate the process and experience and make the most of meeting Mickey.

Cruises & Crossings Jeff Bogle So, What's It Like to Sail on a $100,000 Per Week Private Yacht in Croatia?

Cruises & Crossings Jeff Bogle For the Haters, This Could Change Your Mind About Cruises 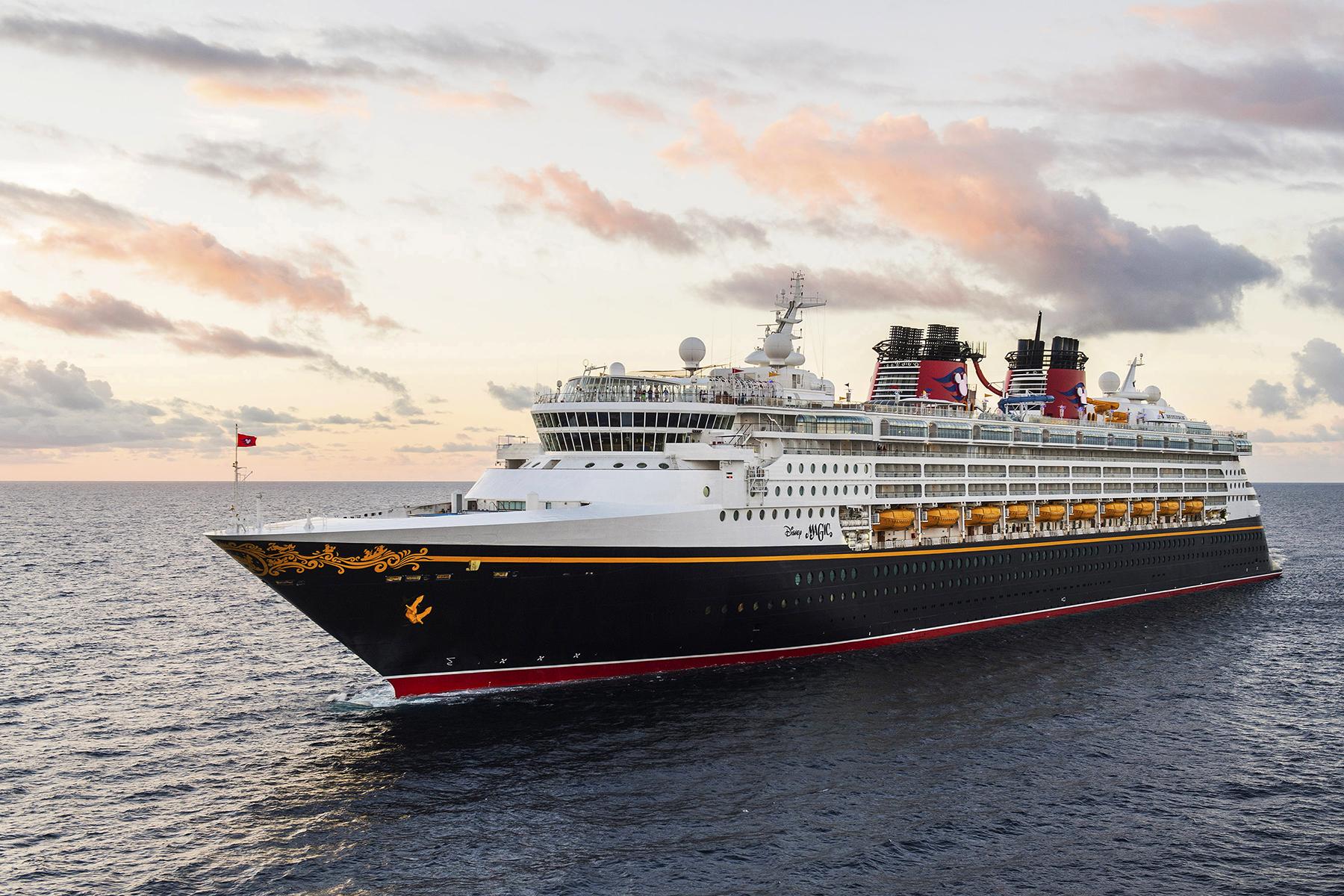 Book Your Excursions and Experiences Before You Board

As soon as you book your cruise, go online and book your excursions and “specialty dining” like adult-only restaurants and character breakfasts. First timers should book exactly 75 days in advance. Don’t fret too much if you don’t get the times you want because you can adjust things once you’re onboard. 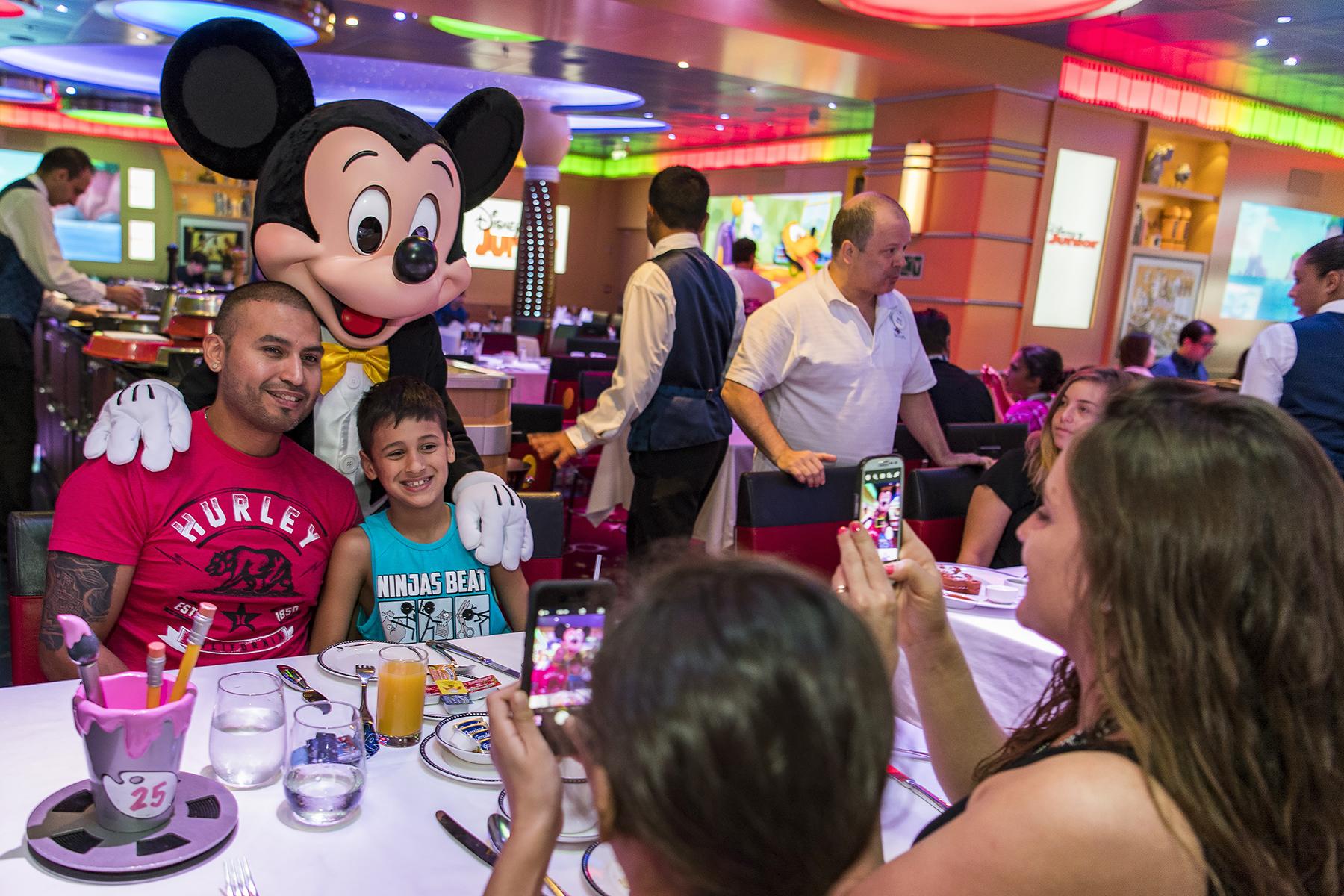 Schedule a Call With Your Child’s Favorite Character

Once your cruise is booked, schedule a call with your child’s favorite character, who will tell them about the trip. You can do this through the online Planning Center. Make sure you have your camera ready to capture the moment.

INSIDER TIPMake sure you download the Disney Cruise Line Navigator App before you get on the ship. Cell phones won’t work for regular calls, so the app is a great way to connect with others in your party. 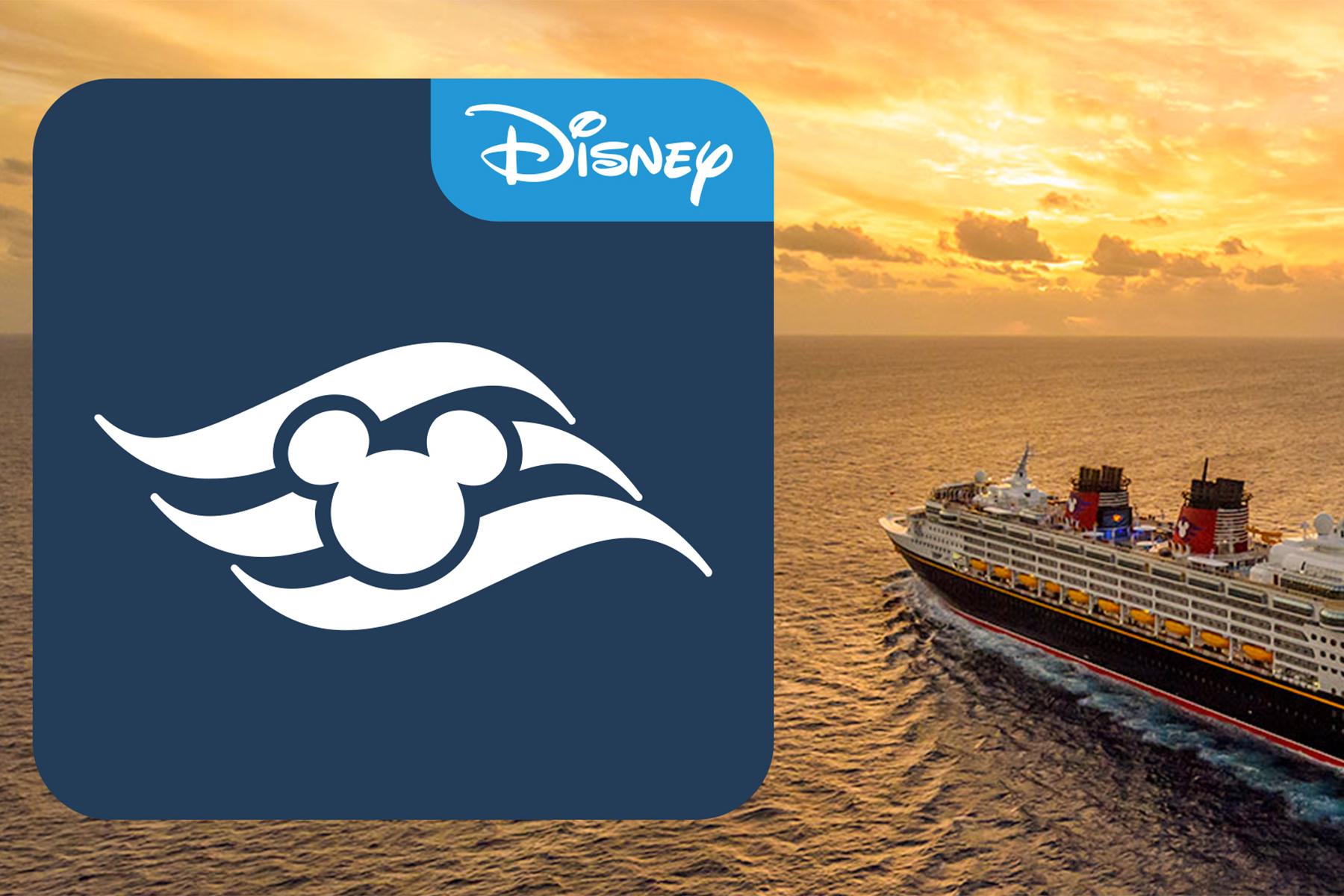 Arrive the Night Before Your Cruise

Being able to get a good night’s sleep and have a restful morning prior to embarkation will help you set your cruise off on the right foot. Coming straight from the airport can be stressful, and you’ll probably have to get up early for your flight–meaning you’ll be tired after a long day of travel. If you can’t come in the night before the cruise, consider spending an extra night the day you disembark–you’ll leave the ship around 7 am and you’ll have the whole day to spend at the park. Perhaps stay that night and fly home the following day—it’ll let you keep the Disney Magic alive for a few more hours and help you acclimate to life post-cruise.

INSIDER TIPIf you’re leaving from Florida’s Port Canaveral, consider booking a room at the Hyatt Regency Orlando, or at a Walt Disney World Resort hotel like Campsites at Disney’s Fort Wilderness Resort or Disney’s Grand Floridian Resort & Spa as that can become part of your package and you’ll get to ride on Disney’s Magical Express. 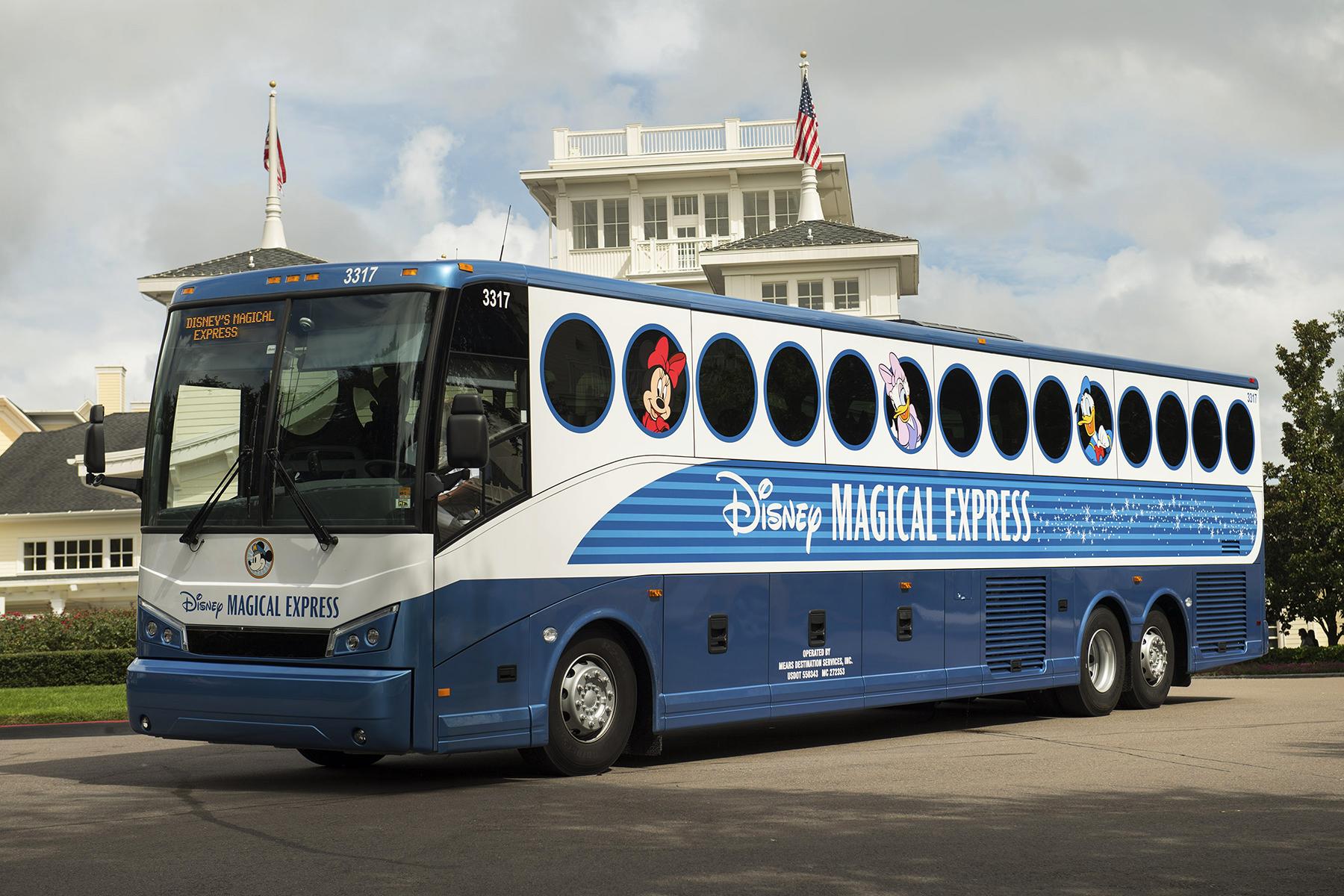 Get to the Ship in Style

If you fly into Orlando the morning of your cruise, don’t worry about transportation to and from the cruise ship, as Disney’s Magical Express awaits you at the airport—it’s included and it’s a comfortable way to travel. Don’t forget to attach to your bags the Disney Cruise Line luggage tags that you received in your document package. The tags will help you identify your bags at the airport and will ensure your luggage is delivered directly to your stateroom. You can take the bus back to the airport post-cruise as well. If you’re departing from other Disney ports, ground transfers to and from the airport are also available as part of your package. It won’t be the Magical Express buses, but it’s still Disney Cruise Line ground transportation, and it provides a worry-free way to start and end to your vacation. 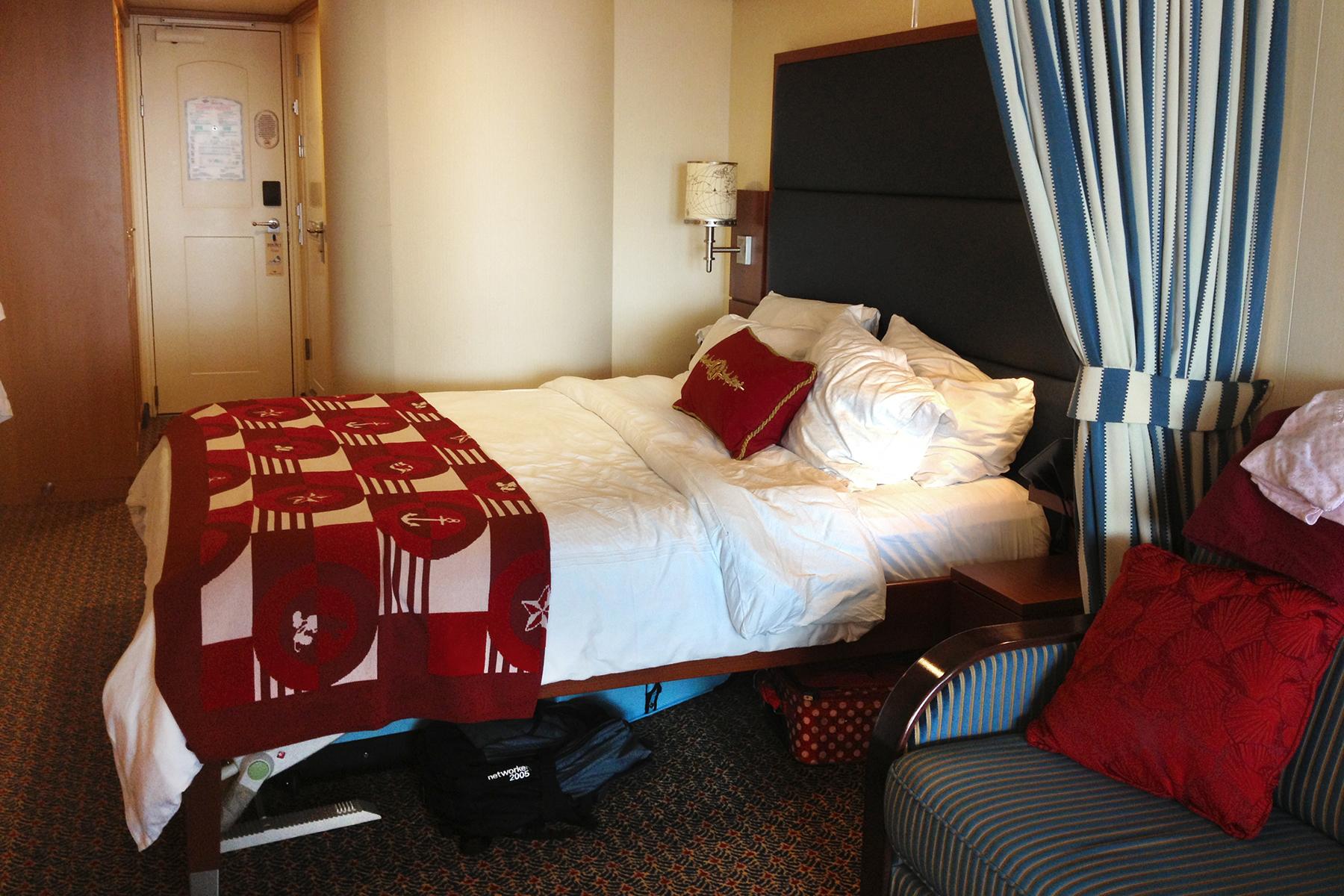 If this is your first cruise or your fourth, bring Dramamine and anti-nausea bracelets because you never know how you’ll react on board and it’s better to be prepared. Water shoes are also a good idea if you have room because some of the beaches you might visit on the excursions (like St. Thomas) can be rocky and the sand might be too hot for little feet. A stroller is a must if you’re planning to go off the ship for excursions, but base your stroller choice on two things: it needs to fit through the front door of your cabin AND it needs to be easily stored in said cabin. Thankfully, rooms feature elevated beds that make storing large items, like luggage and strollers, more convenient–you can keep them under the bed. 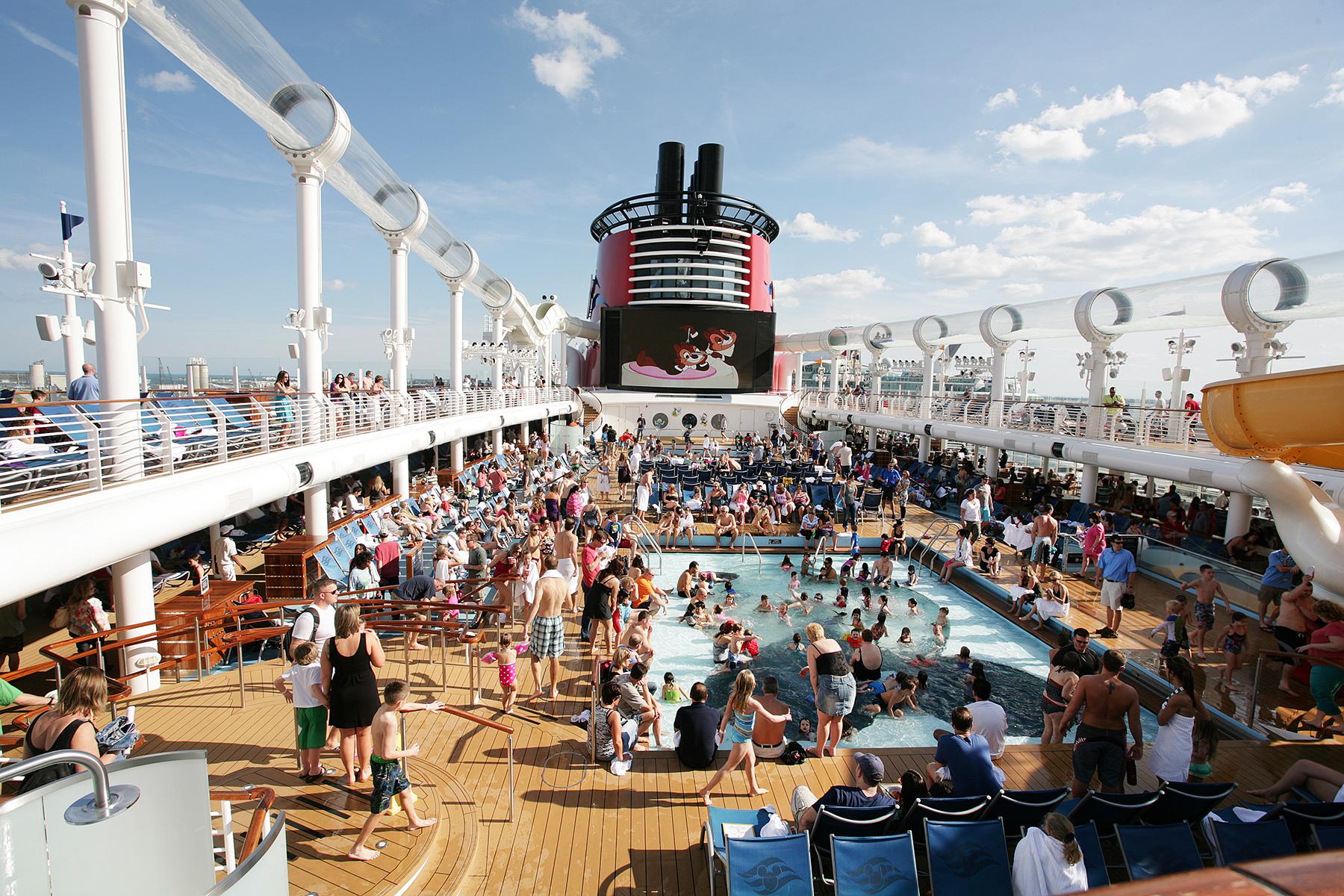 Once onboard the ship, you won’t see your luggage until you’re able to check into your room later in the day. But once your kids see the pools (and the AquaDuck) they’ll want to dive in ASAP. So pack a few things, like swimsuits and sunscreen (and medications if you need them), in your carry-on so you’ll have them at the ready. 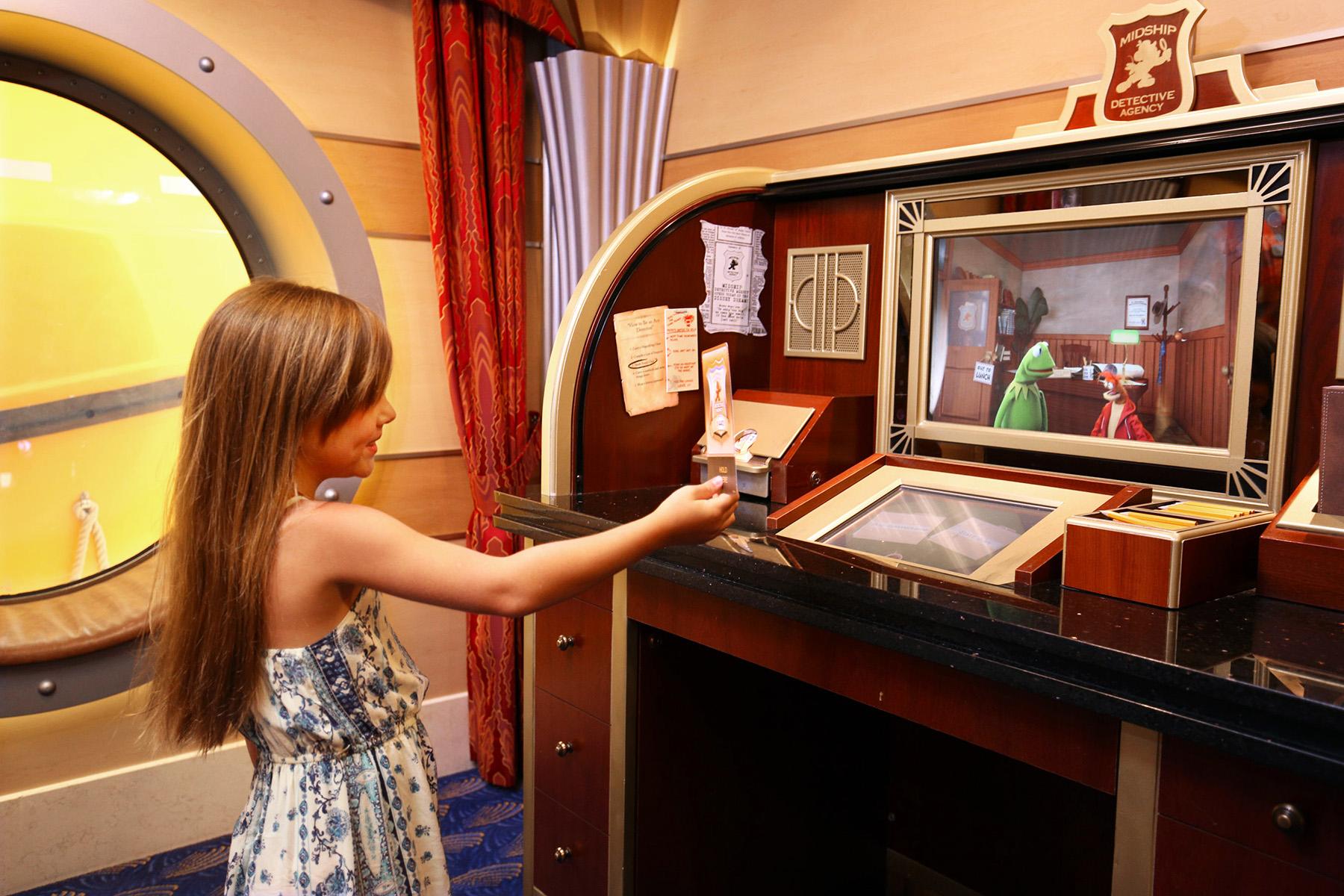 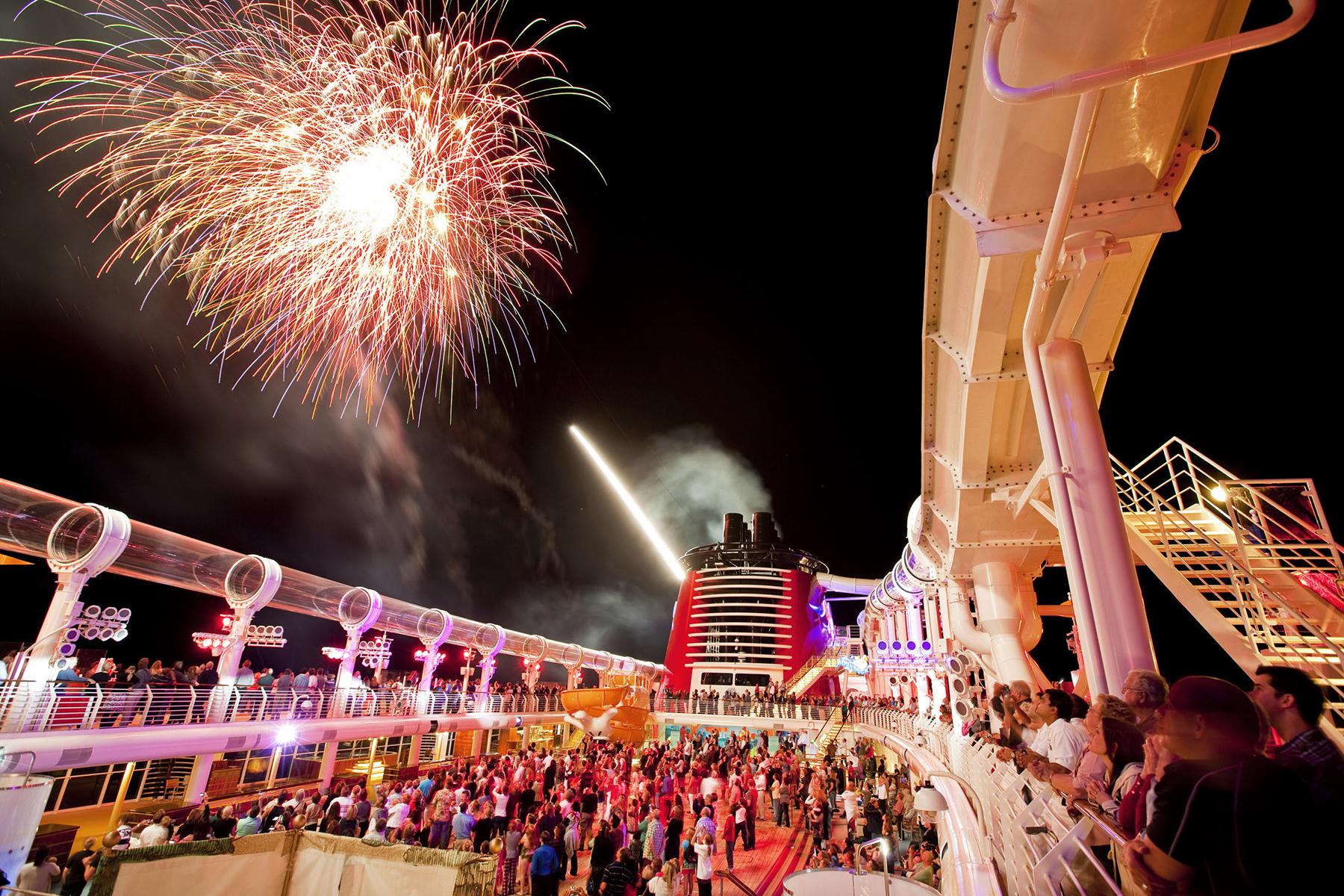 PHOTO: Matt Stroshane
Previous Next
7 OF 14

Entertain Yourself on Board

There is so much to do and see on the ships, but one of the best things is the Midship Detective Agency games because it involves the entire family and it takes you all over the ship solving mysteries with interactive artwork—it’s a blast. If you’re sailing on the Disney Dream or the Disney Fantasy, make sure you check it out.

Another great event is Pirate Night, and believe us when we say people go all out with their costumes. Bandanas and eye patches are available onboard, but if you like to dress up (and even if you don’t) plan to bring some pirate garb with you so your crew can say “Arrr Matey.”

There are also fireworks, usually the same night as Pirate Night; the exceptions are Star Wars Day at Sea and Marvel Day at Sea (which feature fireworks as part of the Star Wars/Marvel-themed deck shows instead) and Alaska cruises, where there are no fireworks. For best viewing, get a spot on the top of deck 12 on the port side. If that’s not possible, don’t fret–as long as you’re on the top deck, you’ll see the show. 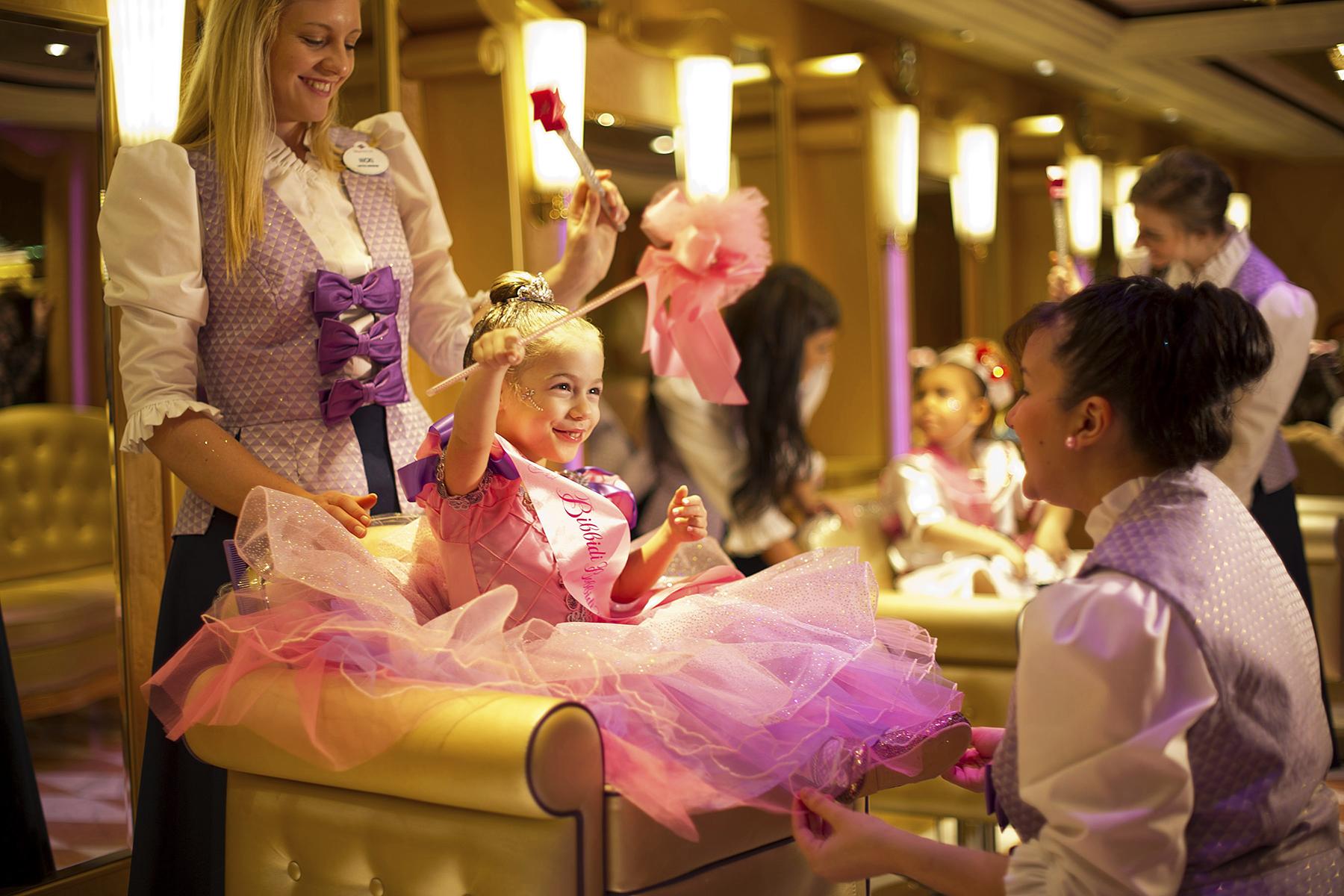 If you’re planning to send your child to the Bibbidi Bobbidi Boutique (which we highly recommend doing), might we suggest bringing their favorite princess dress (or dresses) with you, or even buying a special new one with which to surprise them. There are dresses for sale in the Boutique but the cheapest is $40 and the most expensive is around $300, so having a new dress with you might avoid any unwanted fights or meltdowns. FYI: The basic princess package costs about $60 (this does not include the dress). The basic knight package includes hair and a sword and shield for about $20. 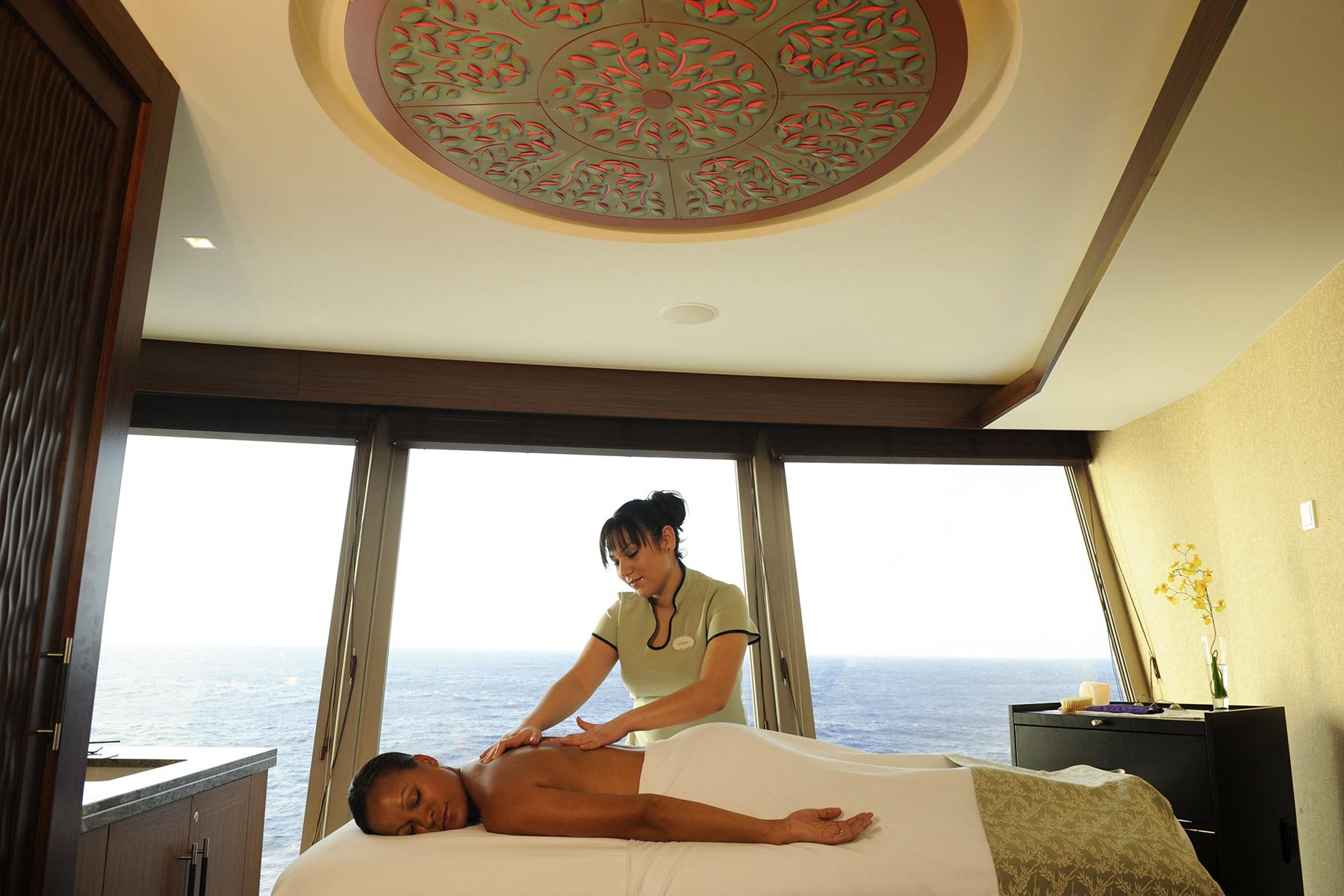 Once you’re on board, book a spa treatment at Senses Spa & Salon for your first (or second) day. It will relax you and help you get into the cruise mood–ask for a spa room with a water view. And, check the Personal Navigator for daily specials like $99 for 3 treatments (neck and shoulder massage, foot massage, and a hair conditioning treatment). The ships also have an adults-only pool area, as well as the Italian-influenced Palo, an adults-only dining experience, and numerous nightclubs and lounges that cater to the over 21 crowd. If you’re traveling on the Disney Dream and the Disney Fantasy, adults can also dine at the French-inspired Remy or relax at Senses juice bar. By the time your ship arrives at Castaway Cay, the adults might need a little alone time. Lucky for you, there’s an adult only section called Serenity Bay. You can put the kids in Scuttle’s Cove (there are teen clubs on the island too) and get a little me time. 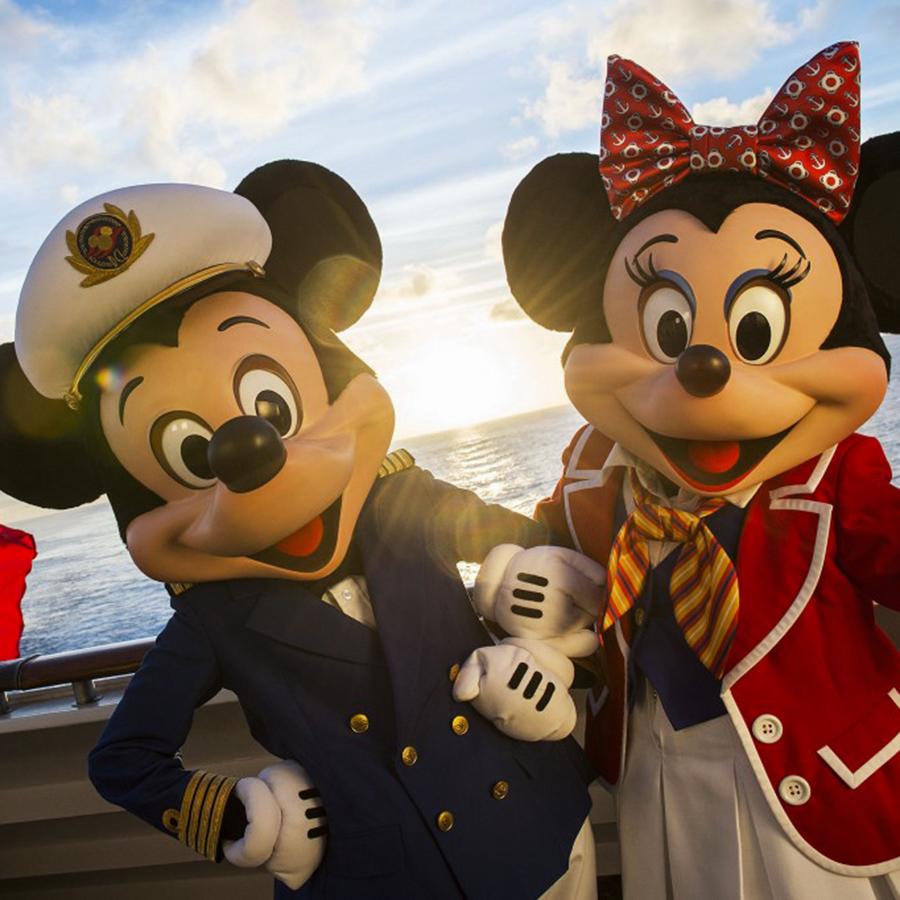 Save Money With Simple Tricks

Bottled water is extra, so bring reusable water bottles with you and fill up as you go. Since we’re mentioning drinks, it’s good to know that sodas, milk, juices, and coffee are included on a Disney cruise, which is not a cruise industry standard, so your reusable bottles could be used for those drinks as well. Plan to fill up before you head to a movie or one of the Broadway-style shows as drinks at the concession stands cost extra. While you’re at the concession stand, if you really like popcorn and plan to eat it at every show, get the container, because refills are about $2 (if you buy popcorn a la carte it’s about $8). Plus, the container makes for a great sand bucket when you’re going off on an island excursion. Also, photographers are everywhere, taking lots of great pictures. If you think you might want to get the premade Disney album, order it ahead of time; it’s $140 and includes up to 34 photos. No matter how you look at it, you’re going to save money. If you buy the book on board its $150 and if you buy photos, they are $21 each or the 10-photo digital package is $150. 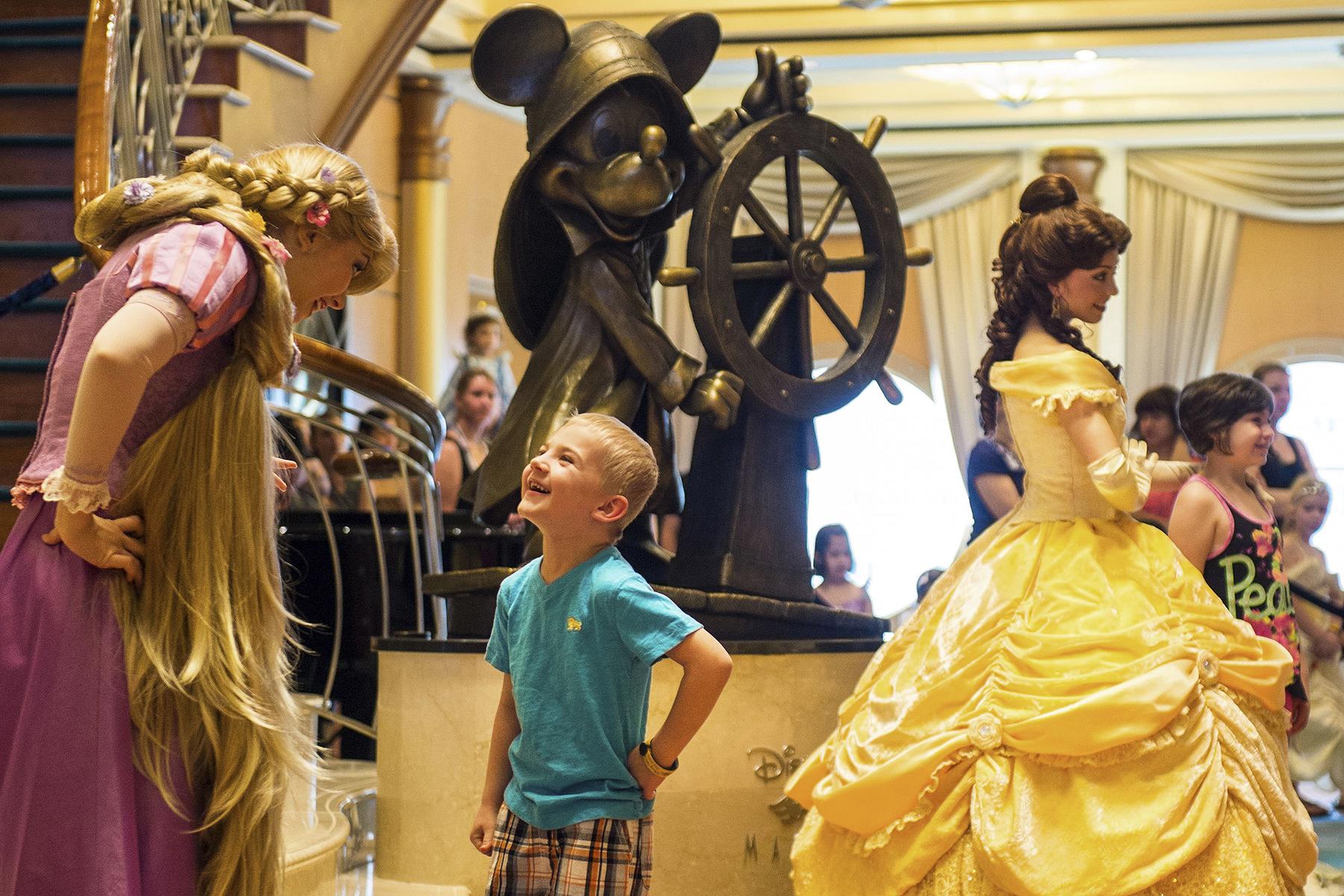 Meet and Greet Your Favorite Characters

Meeting the princesses can get a little crazy in the atrium lobby (read: long lines. Not as long as in the parks, but still long). If meeting the princesses (Cinderella, Belle, Tiana, and Ariel) are a priority for your group, we suggest you book tickets for the Princess Gathering ahead of time (there’s no extra cost). This can be done at the same time you book shore excursions and meals. This way, you may avoid the meltdowns and stress that can come with trying to see the ladies at the designated times listed in the Personal Navigator. 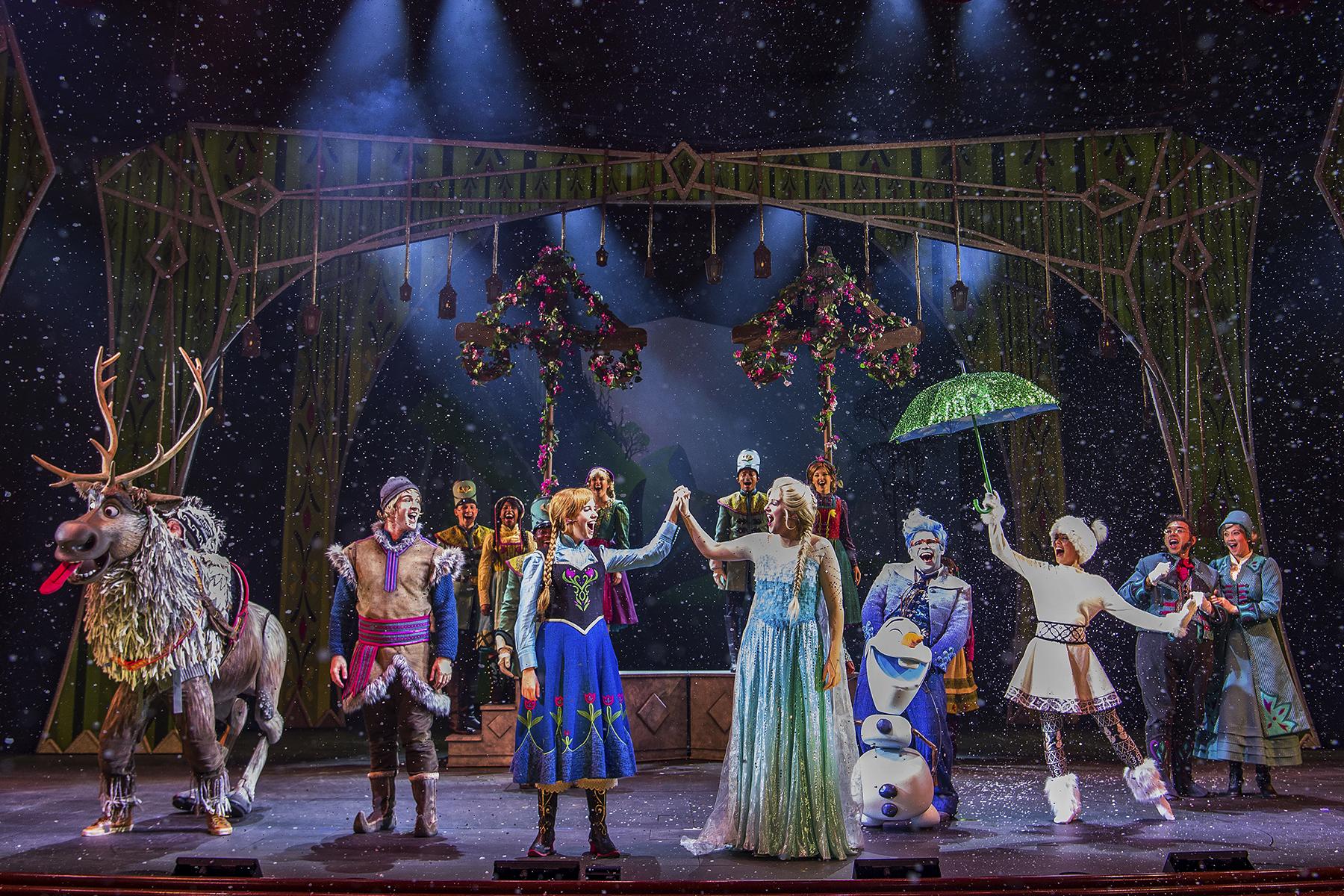 Get to the Shows Early

Each ship has Broadway-style musicals: Disney Wonder has Frozen; Disney Dream has Beauty and the Beast; Disney Magic has Tangled: the Musical and Twice Charmed: An Original Twist on the Cinderella Story; and Disney Fantasy has Aladdin. On the night of the Broadway show, get to the theater at least 30 minutes early, otherwise you won’t be able to find decent seats together. Keep in mind that these shows are not the full-length Broadway productions—most are about an hour long—so even if you’ve seen one of the Disney Theatrical presentations (perhaps on Broadway), things will be a bit different. Speaking of shows, if you’re going to a movie or show, keep in mind that snacks and drinks at the concession stand are extra, so plan time to stop at the beverage spot on Deck 11 and get free drinks for the show! 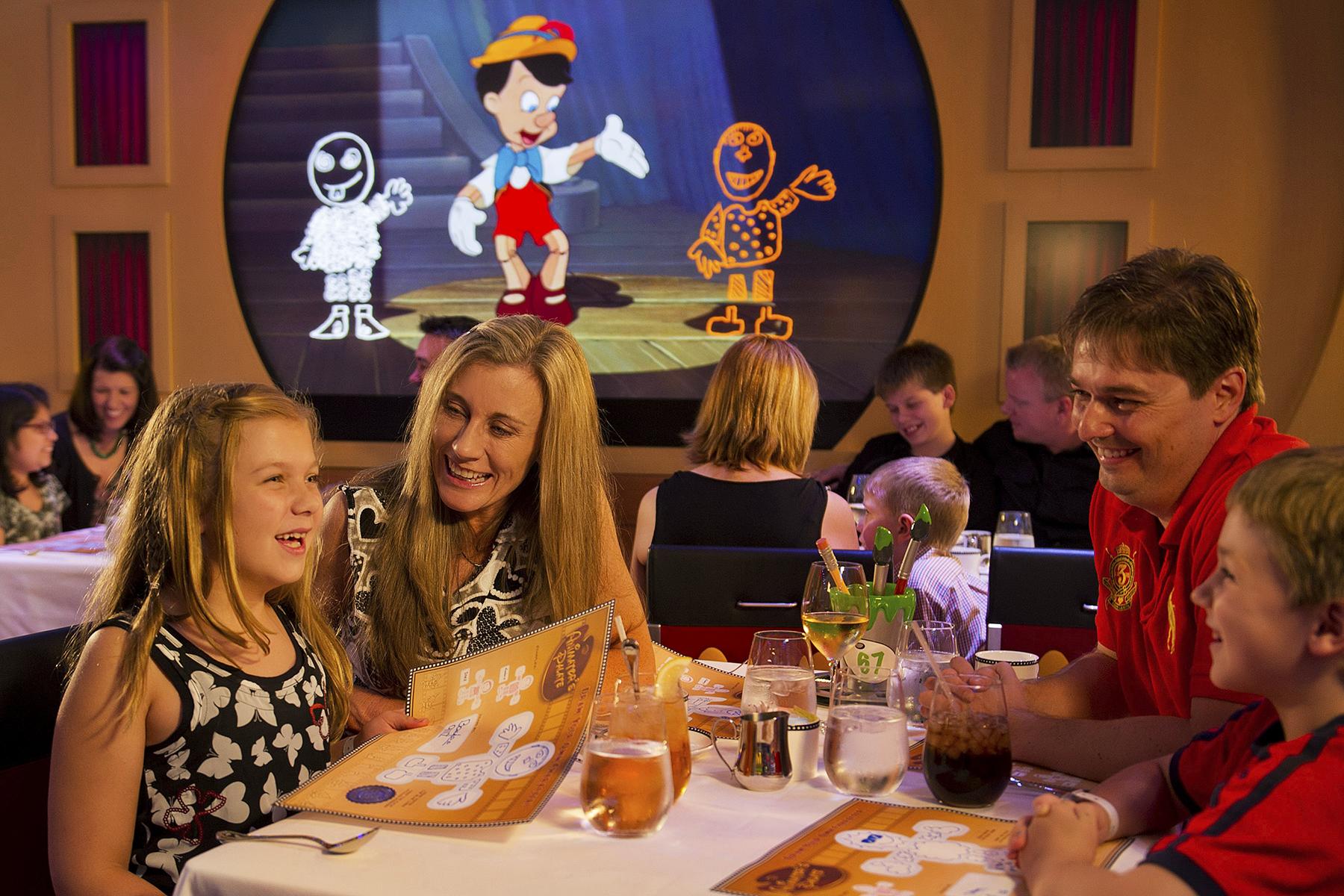 There are three fine dining options on the ships and depending on the length of the cruise, you will get to have dinner at each place at least twice. An added bonus is that your servers will travel with you to each place, which makes the experience that much more memorable and special—don’t forget to tip them at the end of the trip. It can also get chilly in the restaurants, so bring a sweater or long sleeves. Also try to make breakfast or lunch (or both) at Cabanas, the buffet restaurant—it goes white tablecloth for dinner. There’s literally something (and lots of somethings) for everyone, satiating both picky eaters and grown-up palates. 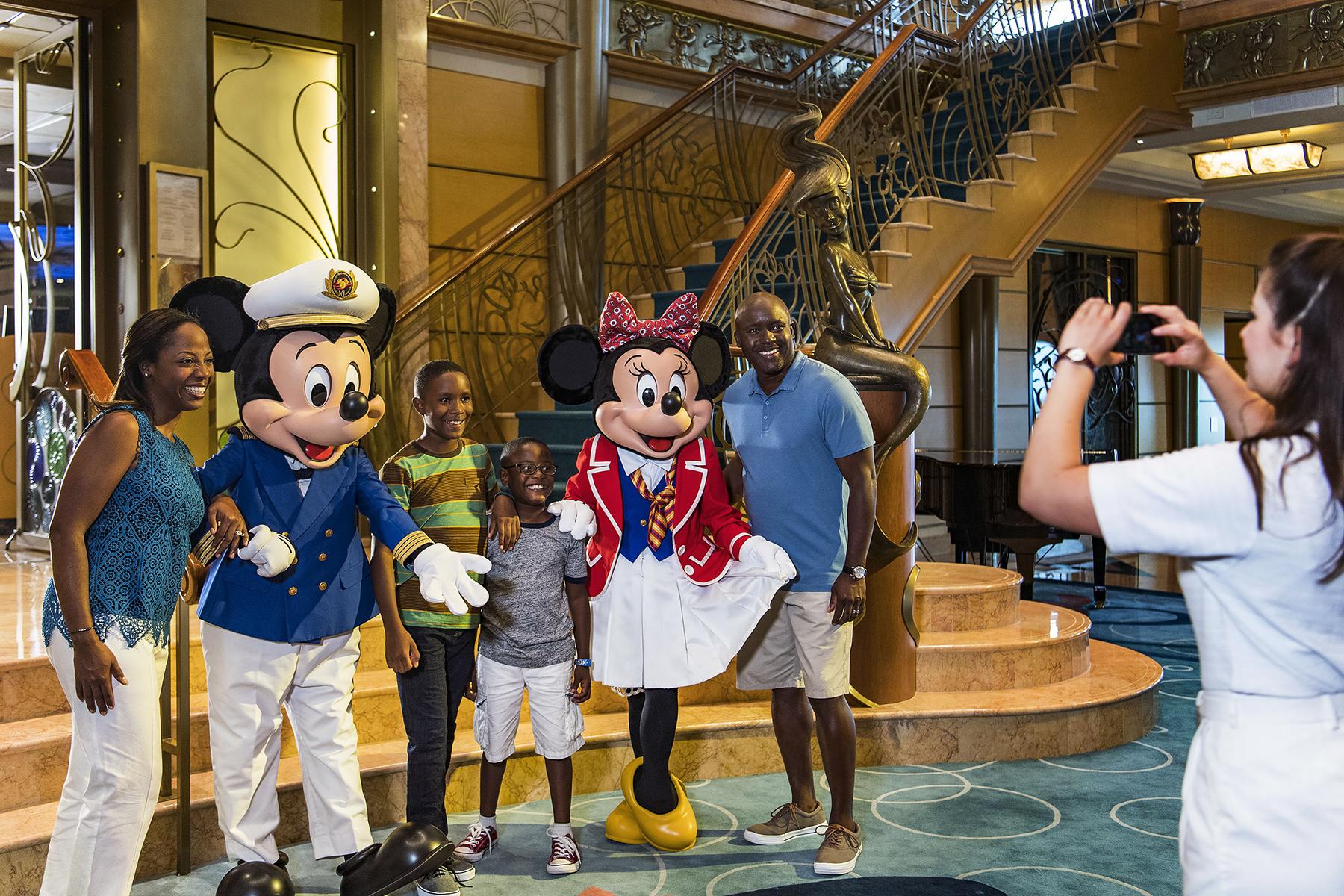 Adjust to Post-Cruise Life… and Start Planning the Next One

If you regret not purchasing the Disney photos or photobook, guests have up to 28 days post-cruise to order those items. And, if you were bitten by the Disney-cruise bug (as many guests are), you can join the Castaway Club, Disney’s cruise loyalty program. Benefits begin after you complete your first Disney Cruise and the membership applies to all cruises and all ports; Disney Cruises also leave from New York; San Diego; Barcelona; Civitavecchia (Rome); Copenhagen; Dover, England; Galveston, TX; Miami; Quebec City; San Juan, Puerto Rico; Honolulu; New Orleans; and Vancouver. Membership includes advance booking of shore excursions, as well as advance reservations at Palo and Remy and appointments at Senses Spa & Salon. Members also get stateroom gifts, a dedicated toll-free number to book your next cruise, and so much more.