Snack and share these delicious treats off the beaten path in Northern Spain.

Just two hours north of Madrid, the drive across Spain’s northern plateau through the Castilla y Leon region will see you past hundreds of miles of sweeping farmland, gorgeous vineyards, medieval fortresses and crumbling castles. Encompassing the provinces of Rueda and the city of Valladolid and Segovia to the south and Ribera del Duero to the east, the region is home to more than 200 wineries and has long been on the map of oenophiles and travelers looking to get off the beaten path.

While viticulture in this area dates back to the 11th-century monks who lived here, the region has seen a rise in another important trend of late. Featuring an abundance of molecular-inspired tapas bars, palatial monasteries turned five-star hotels with Michelin-rated restaurants and intimate tasting rooms to boot, the area has been dubbed the “Tapas Capital of The World,” thanks in part to the success of the National and International Tapas Competition, which takes place in Valladolid during the first week of November every year. It’s a place that takes its food just as seriously as its wines and from tasting the legendary lechazo asado (fire roasted lamb) in the farmhouse restaurant of Michelin rated La Botica to Castilian inspired tapas bars found around Valladolid, here’s your guide for the best eats around the region. 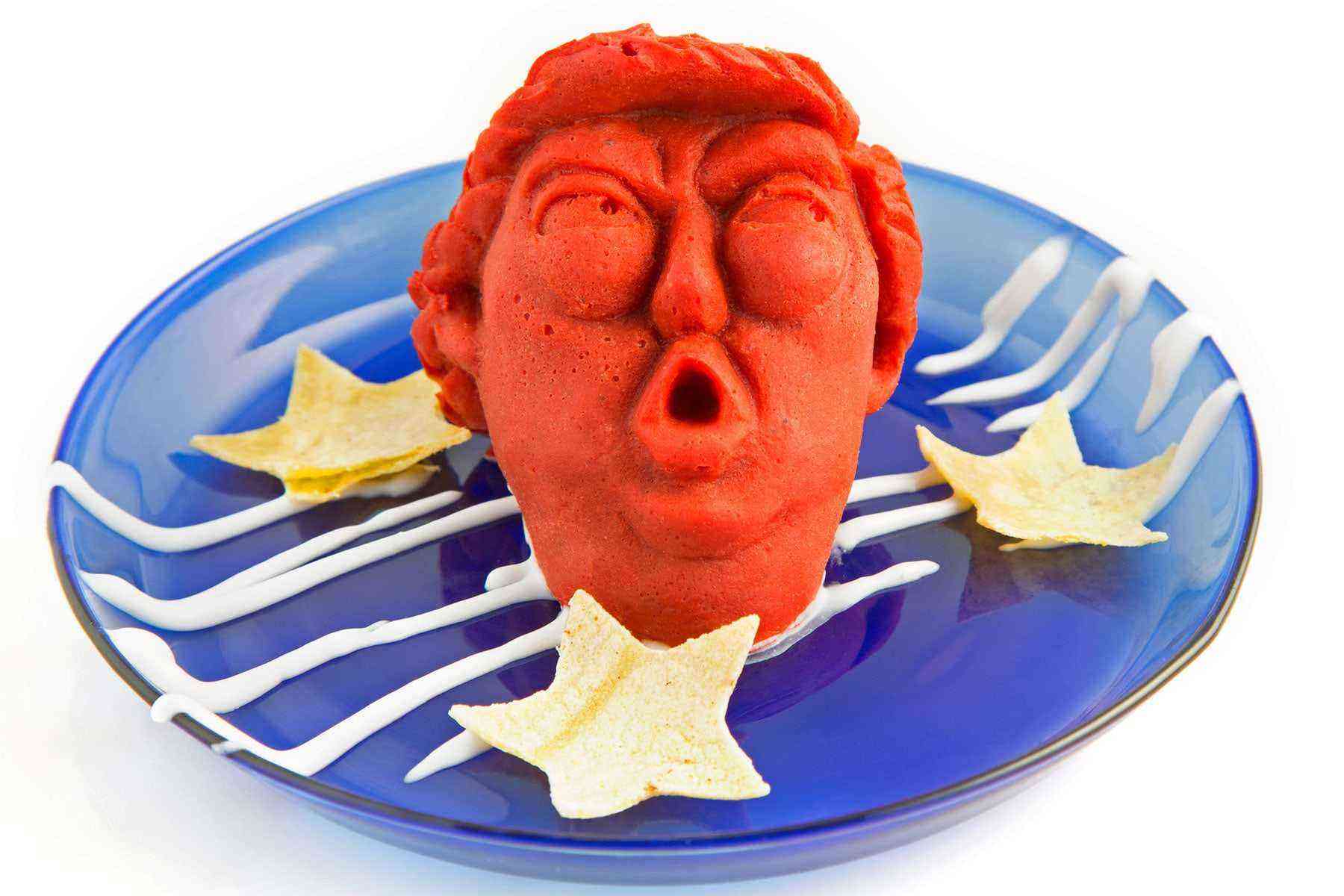 Located in the downtown area of Valladolid, Los Zagales is not only one of the area’s most famous tapas restaurants, it’s also hailed as its most creative. Set in a traditional Spanish-style locale, this multi-level restaurant features award-winning dishes by chef Antonio González García that are playful and imaginative. From edible hand rolled “cigars” comprised of shredded pork and sweet tomatoes to Tigretoston, a black bread morcilla, or Spanish blood sausage cooked with red onion and pork rinds and wrapped in custom-designed packaging made to look like a brand of Spanish pastries, this restaurant is a perennial crowd pleaser from beginning to end. 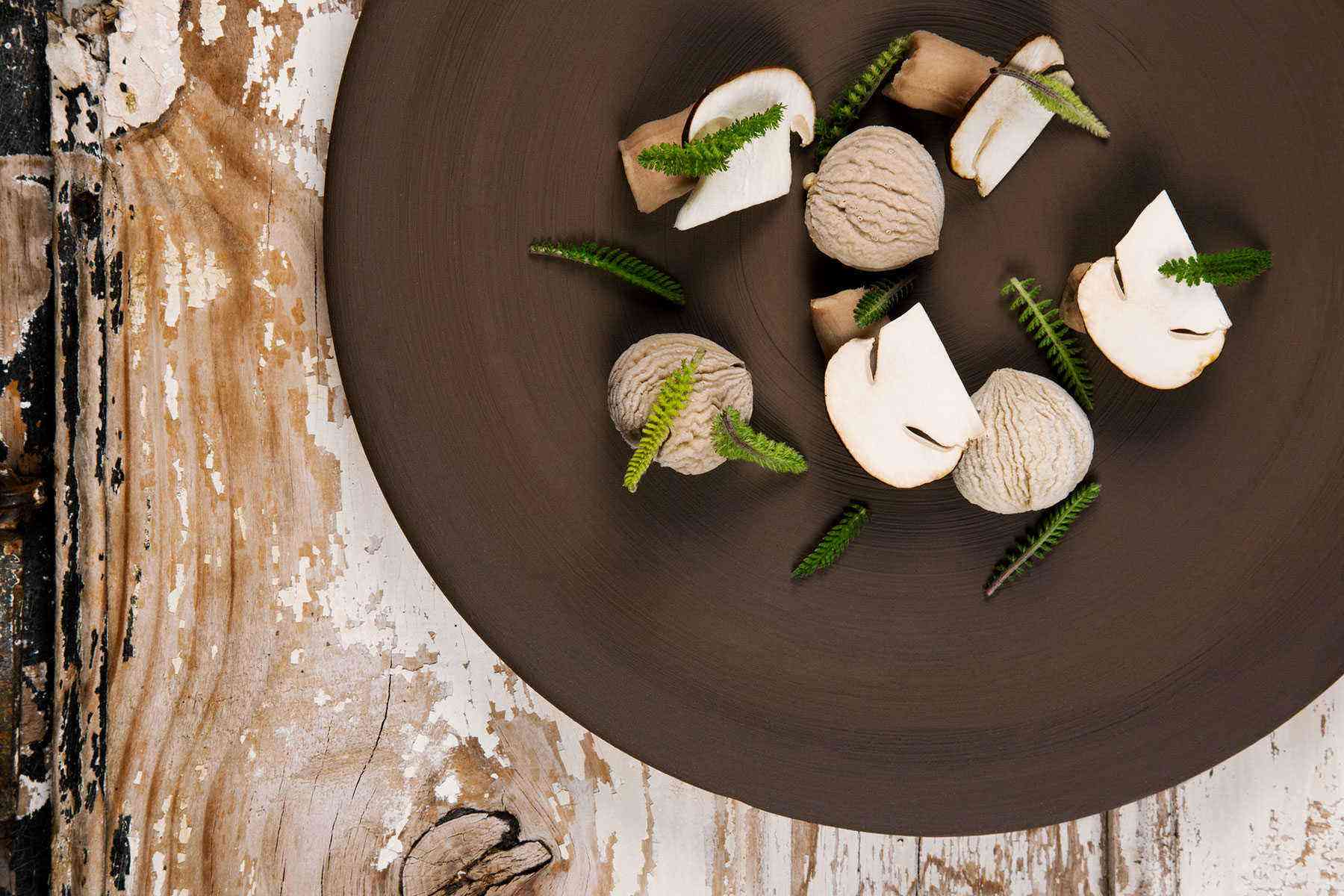 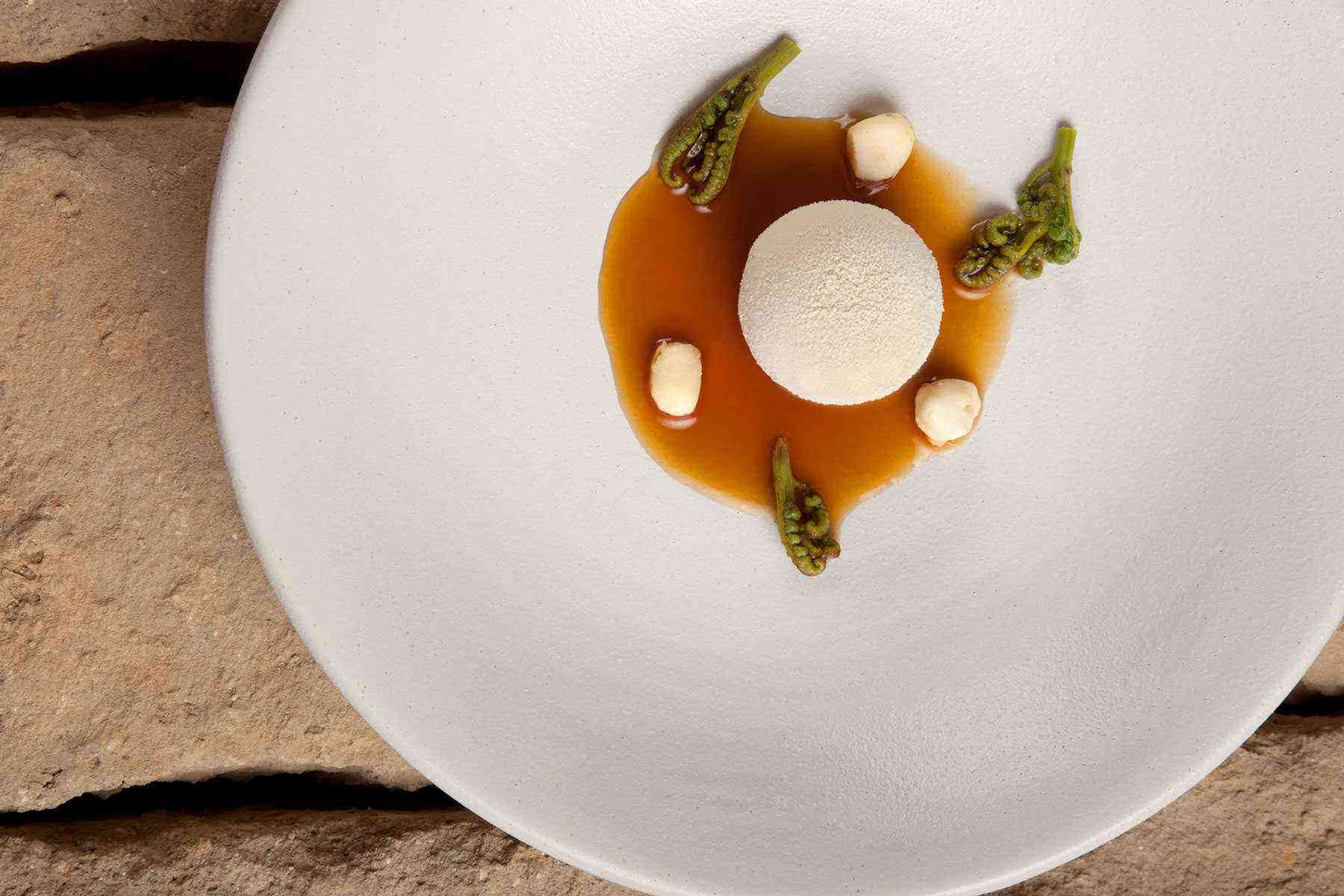 Set in a rustic farmhouse in the outskirts of Valladolid, Michelin-rated La Botica has been serving up some of the most authentic tapas and Spanish-inspired dishes since 2002. Perhaps best known for their churro roasted lamb, a dish that’s expertly prepared by master roaster Teodoro de la Cruz over an open wood fire, as well as their focus on farm-to-table tapas and dishes, the menu here has been known to combine seasonal and local produce including wild mushrooms, white asparagus, and pine cones along with smoked sheep’s milk, pigeon, and deer. Cruz, with his son, Chef Miguel Ángel de la Cruz, are at the helm of this family-owned locale. La Botica, which translates “The Apothecary” also features a variety of dishes off the à la carte menu or one of the traditional set menus. 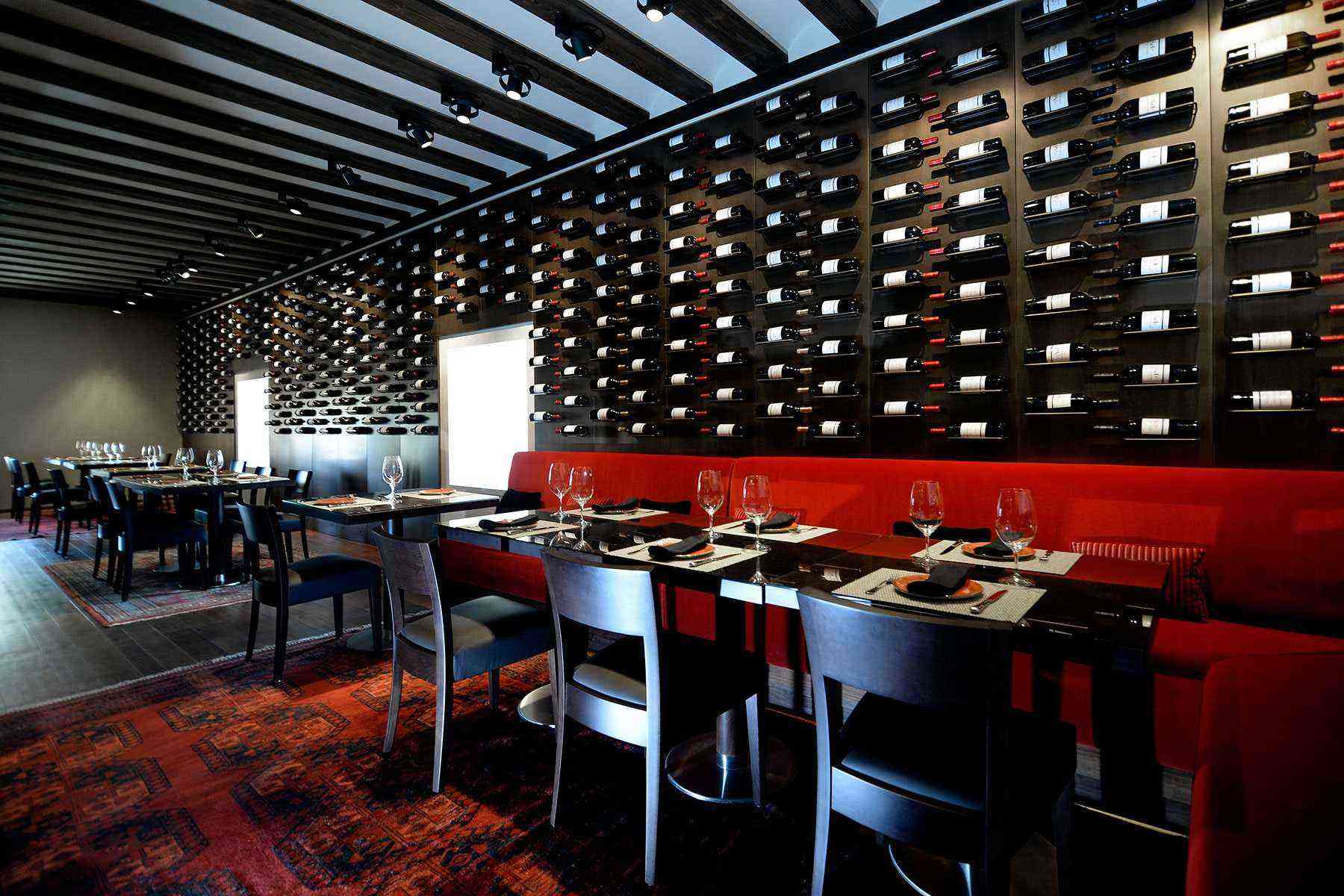 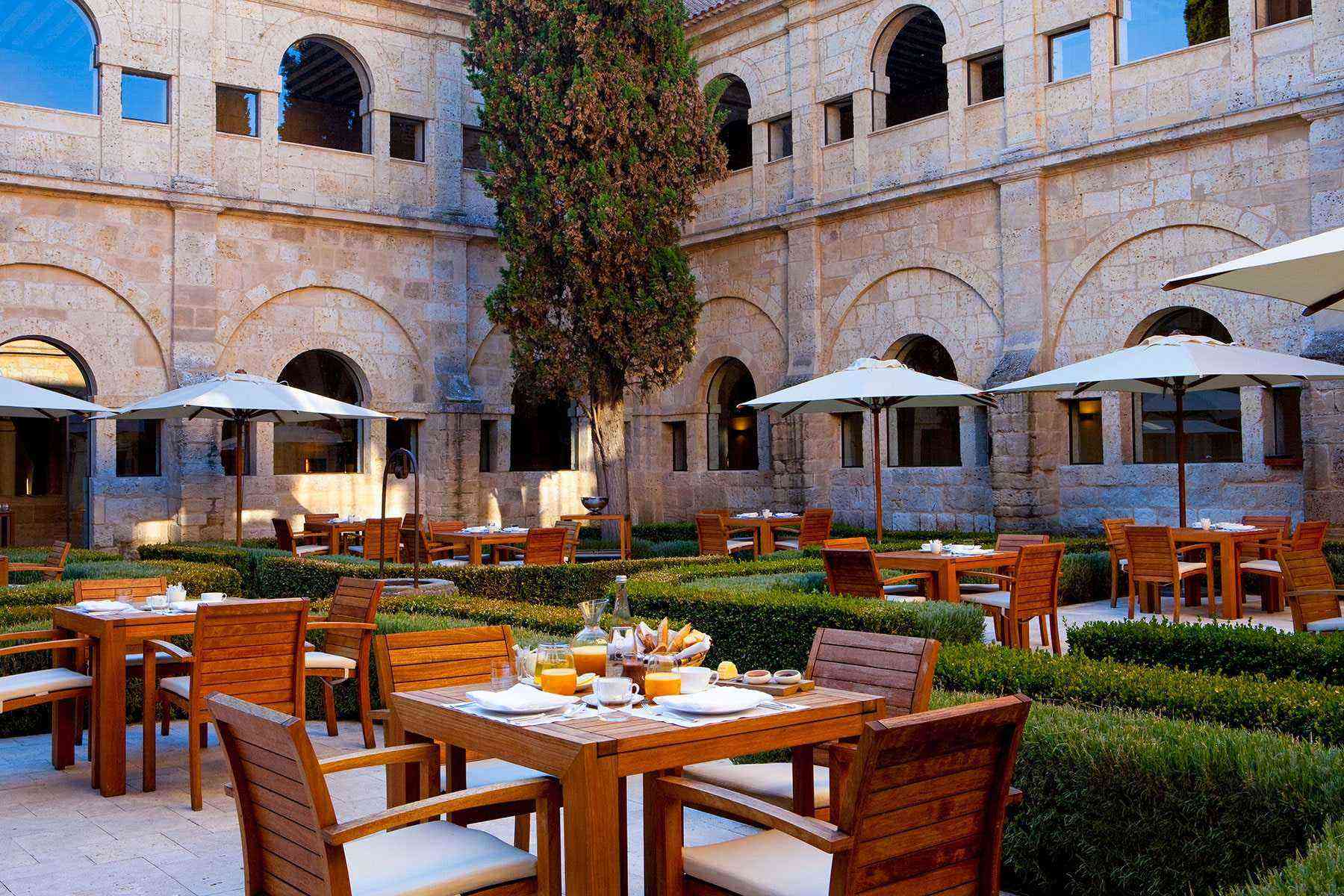 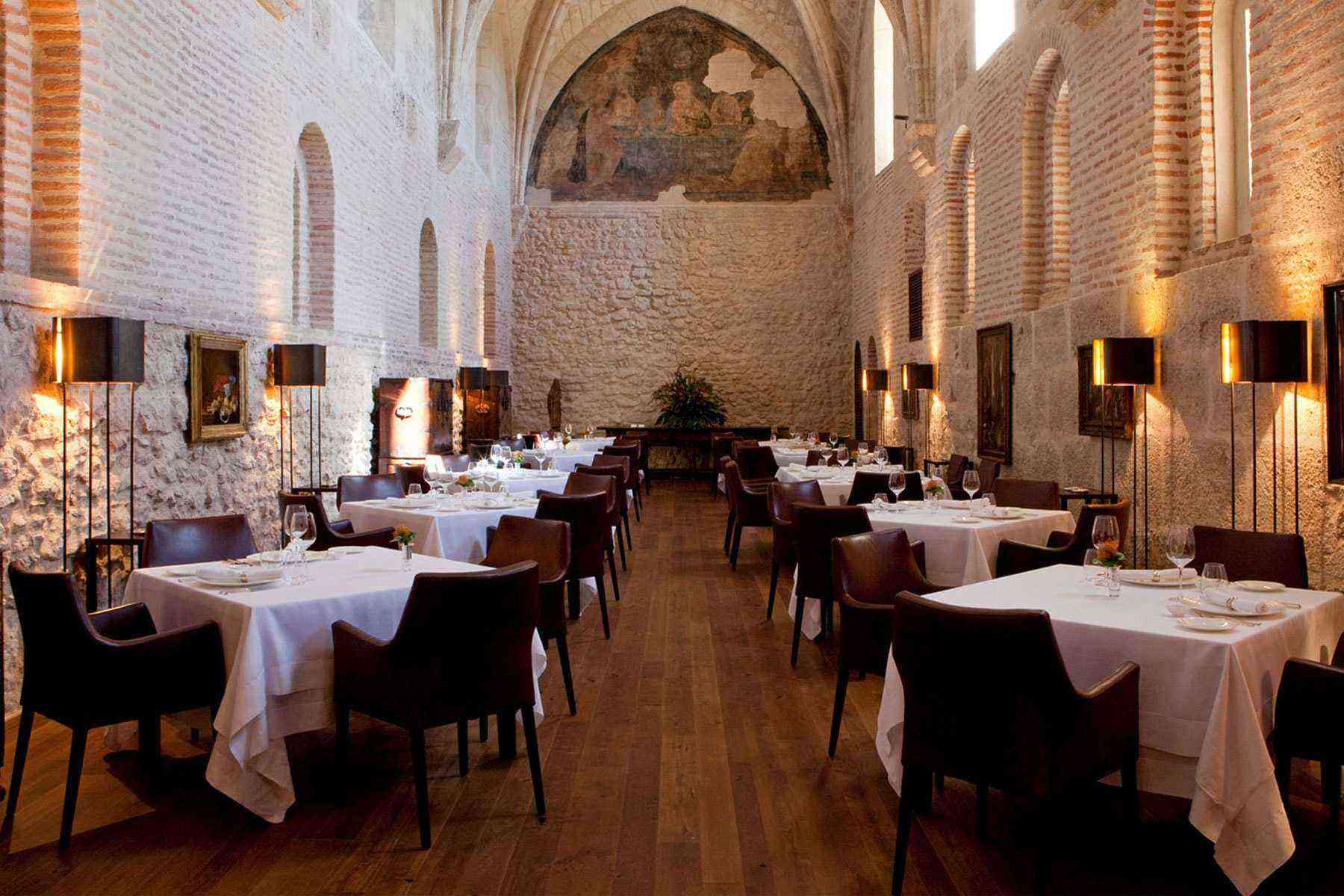 Abadía Retuerta LeDomaine, a 12th-century abbey in the outskirts of Valladolid, features 27 guestrooms and three suites as well as a recently renovated 10,000-square-foot health and wellness sanctuary with an indoor heated pool and spa treatments. Surrounded by hundreds of miles of local vineyards, the 1,730-acre medieval estate, a Relais & Chateaux property, is also home one of the region’s most well-respected wineries as well as a Michelin-starred restaurant, Refectorio, by chef Marc Segarra. The gastronomic menu here focuses on fresh produce supplied by local farmers. The property also features a tapas restaurant and wine bar, Vinoteca, which features everything from salted anchovies from the Cantabrian Sea to cuttlefish filled with pork trotters covered in ink sauce and baby lamb sweetbread. 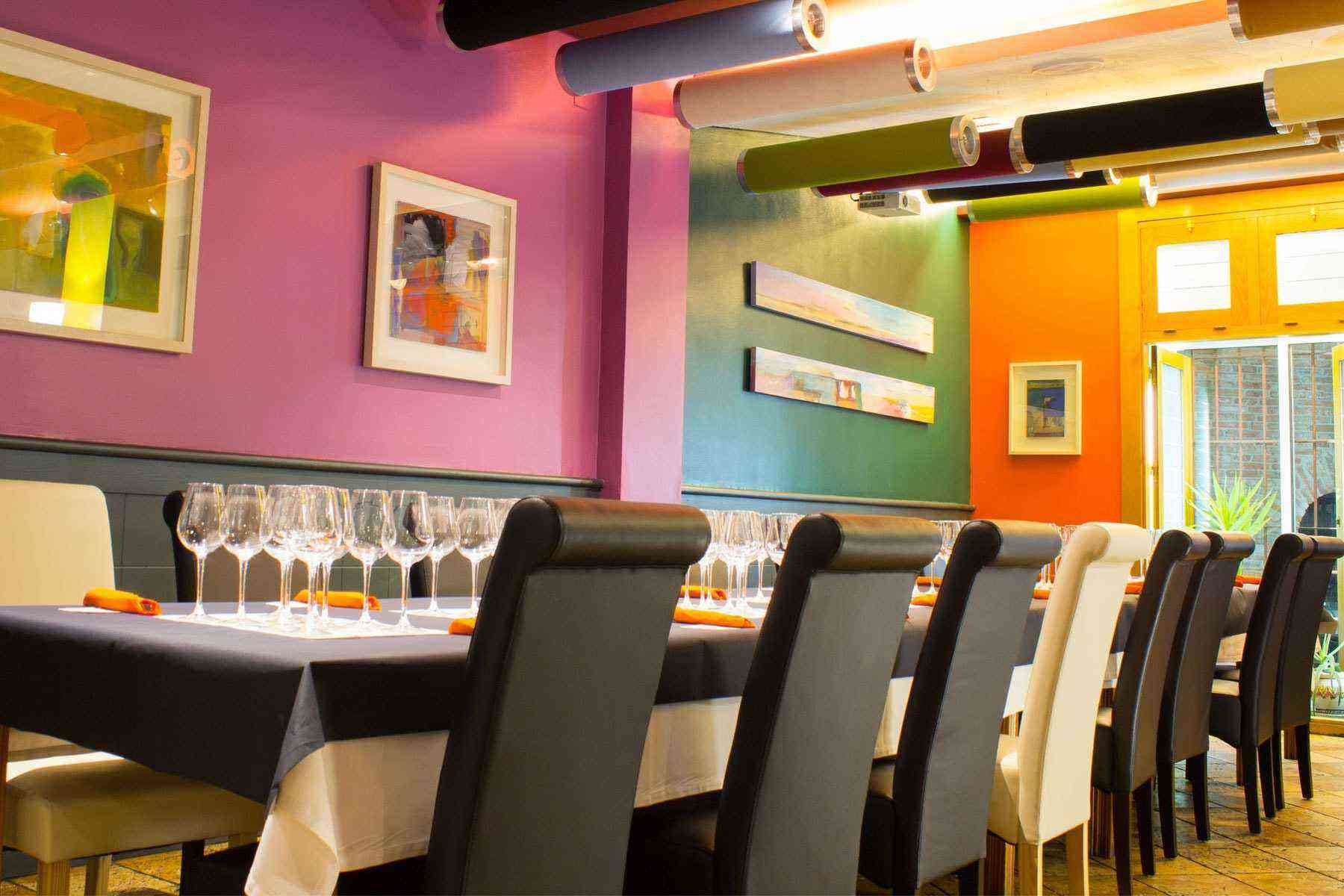 Located in the historic area of Valladolid Don Bacalao boasts one of the area’s most expansive tapas and Castilian-inspired menus. At the helm, chef Isabel González’s award winning Lechazo Taj Mahal is comprised of roasted suckling lamb, onion, and tandoori masala yogurt pearls, a dish that won the top prize in the National Tapas Competition in 2015 and for good reason. Dishes here are the perfect blend of between avant-garde cuisine and typical Castilian flavors, with specialties including Bacalao, or codfish, along with an assortment of creative tapas and tasting menus. 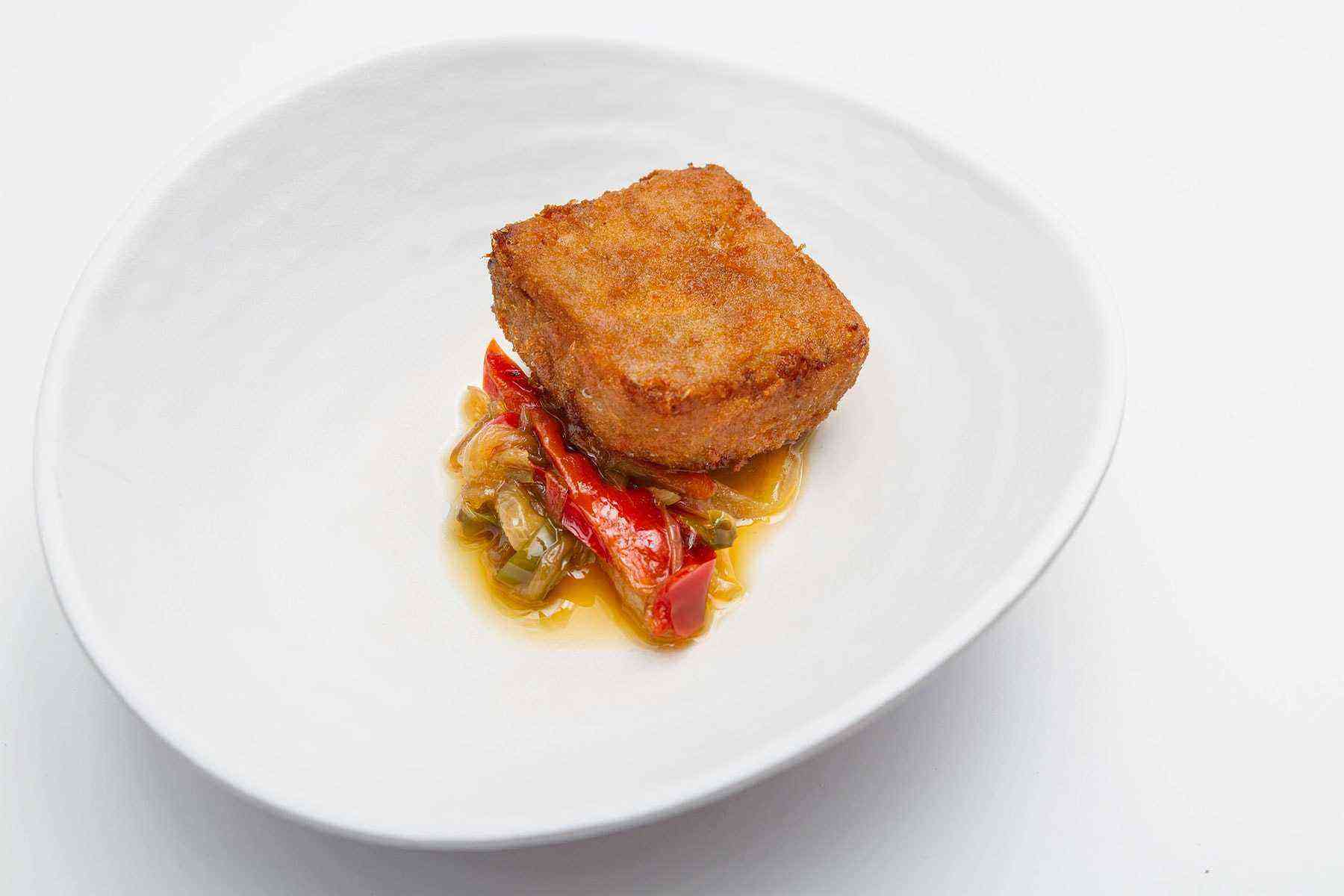 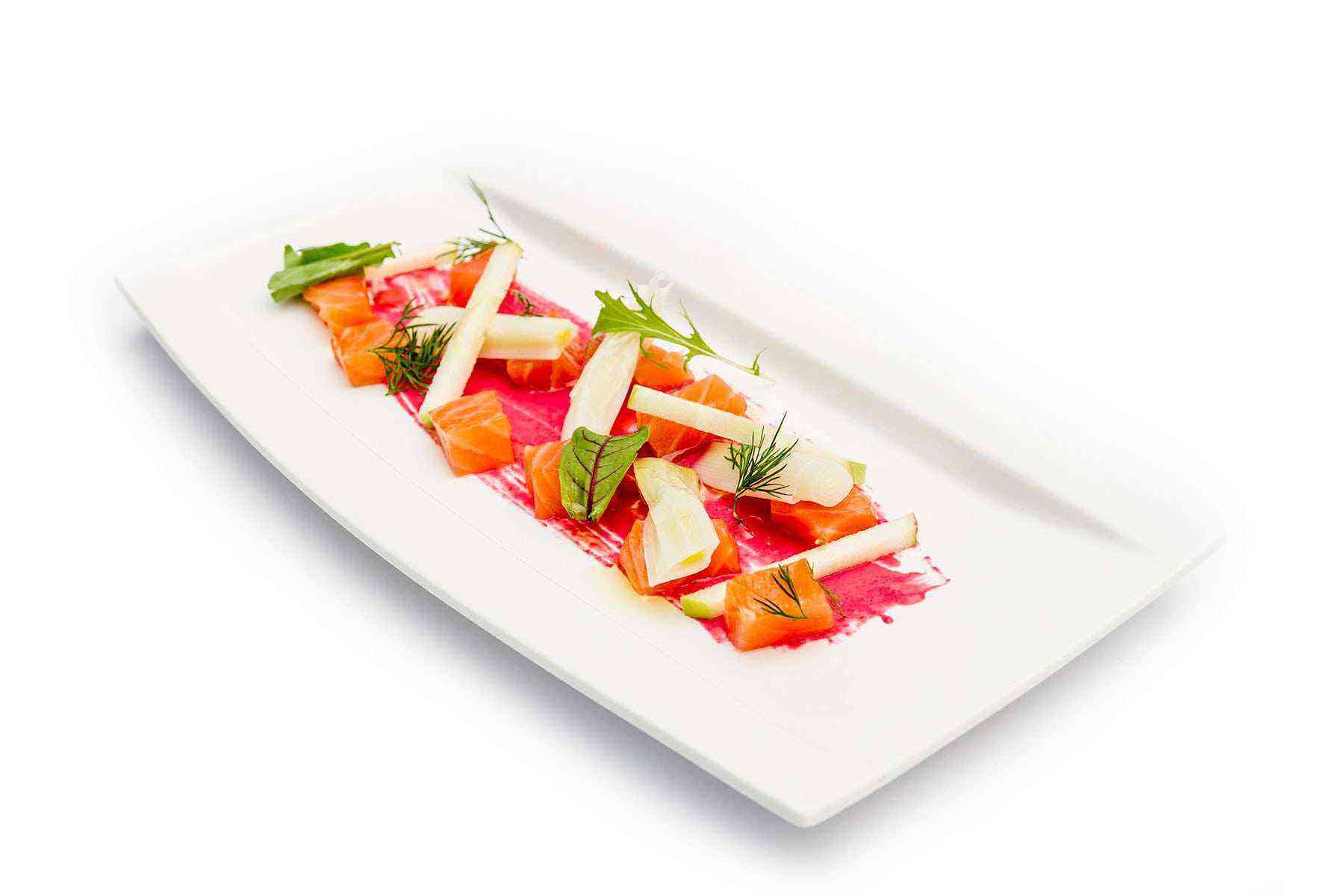 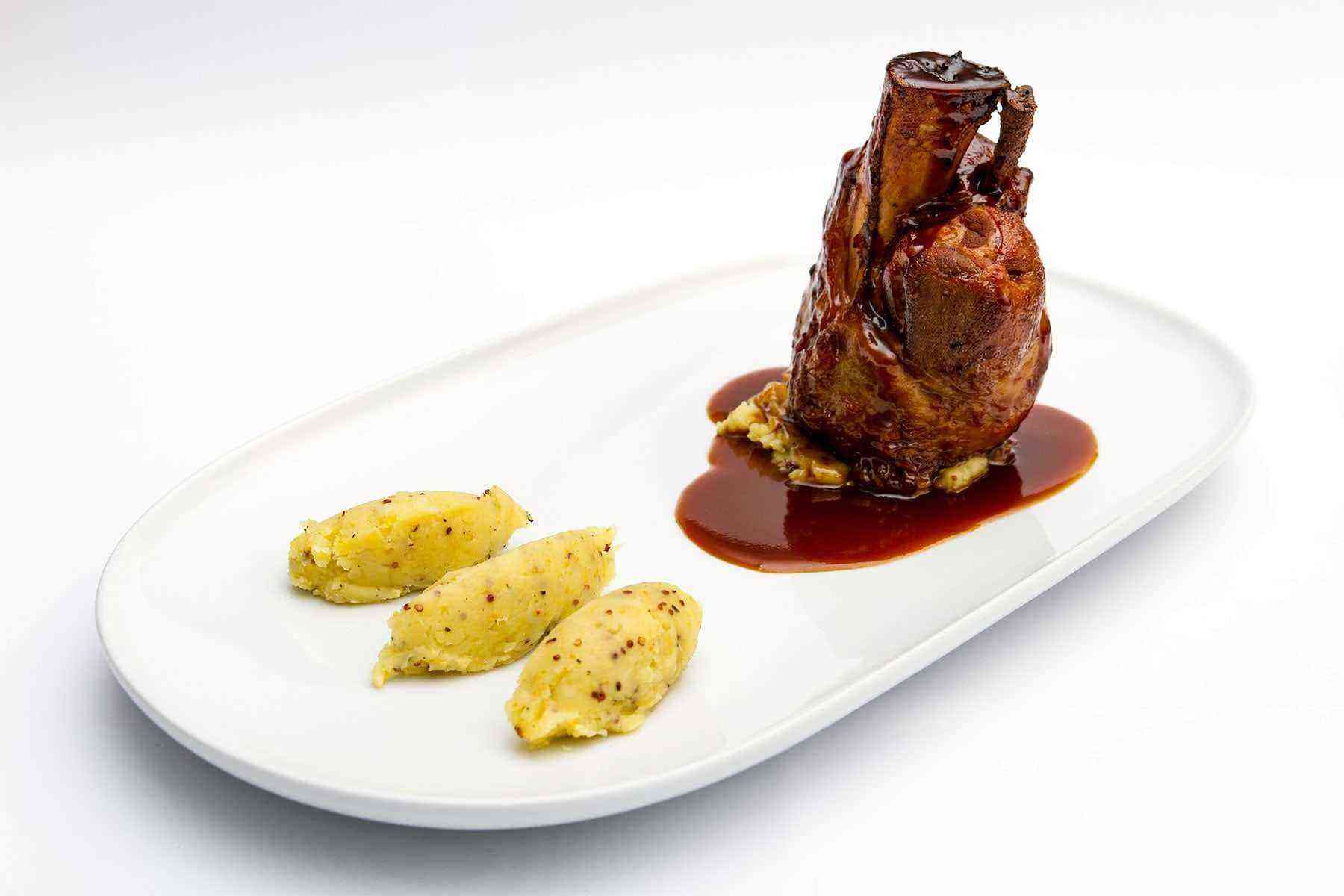 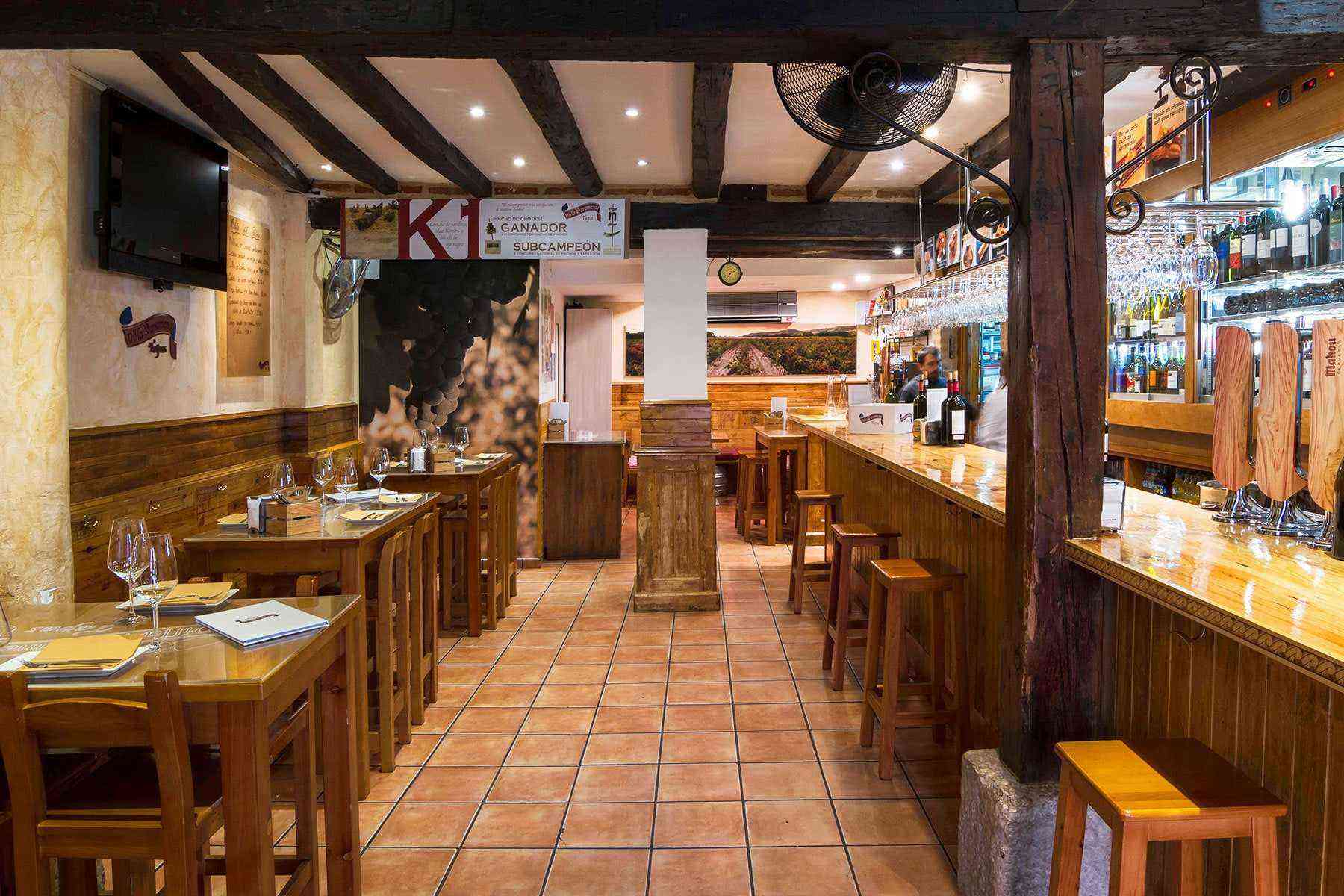 PHOTO: Nacho Alvarez Brevers from Brevers Studio
Previous Next
5 OF 10

One of Valladolid’s longest running and most well-respected family owned tapas spots, Villa Paramesa, features an extensive tapas menu that includes smoked squid stuffed with cheese, sardine ceviche served in a seaweed boat, tuna tartare topped with a coconut sauce, and savory roasted pork cheek in a sweet licorice sauce. Not to be missed is Villa Paramesa’s dessert menu which features its house specialty, Un Canto al Vin, a chocolate, licorice and cheese dessert that reproduces all the aromas of one of the aged red wines prevalent in the Ribera del Duoro region. 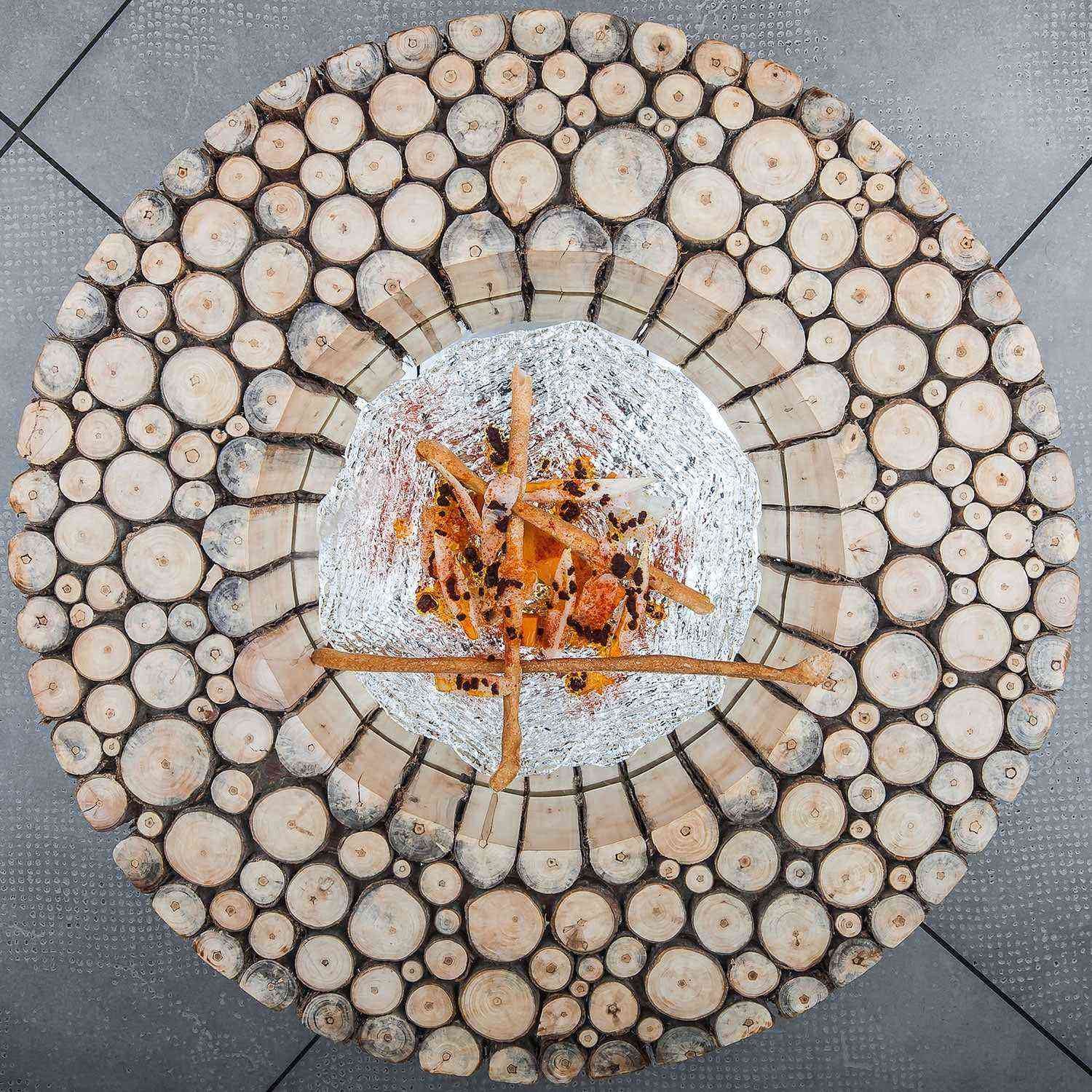 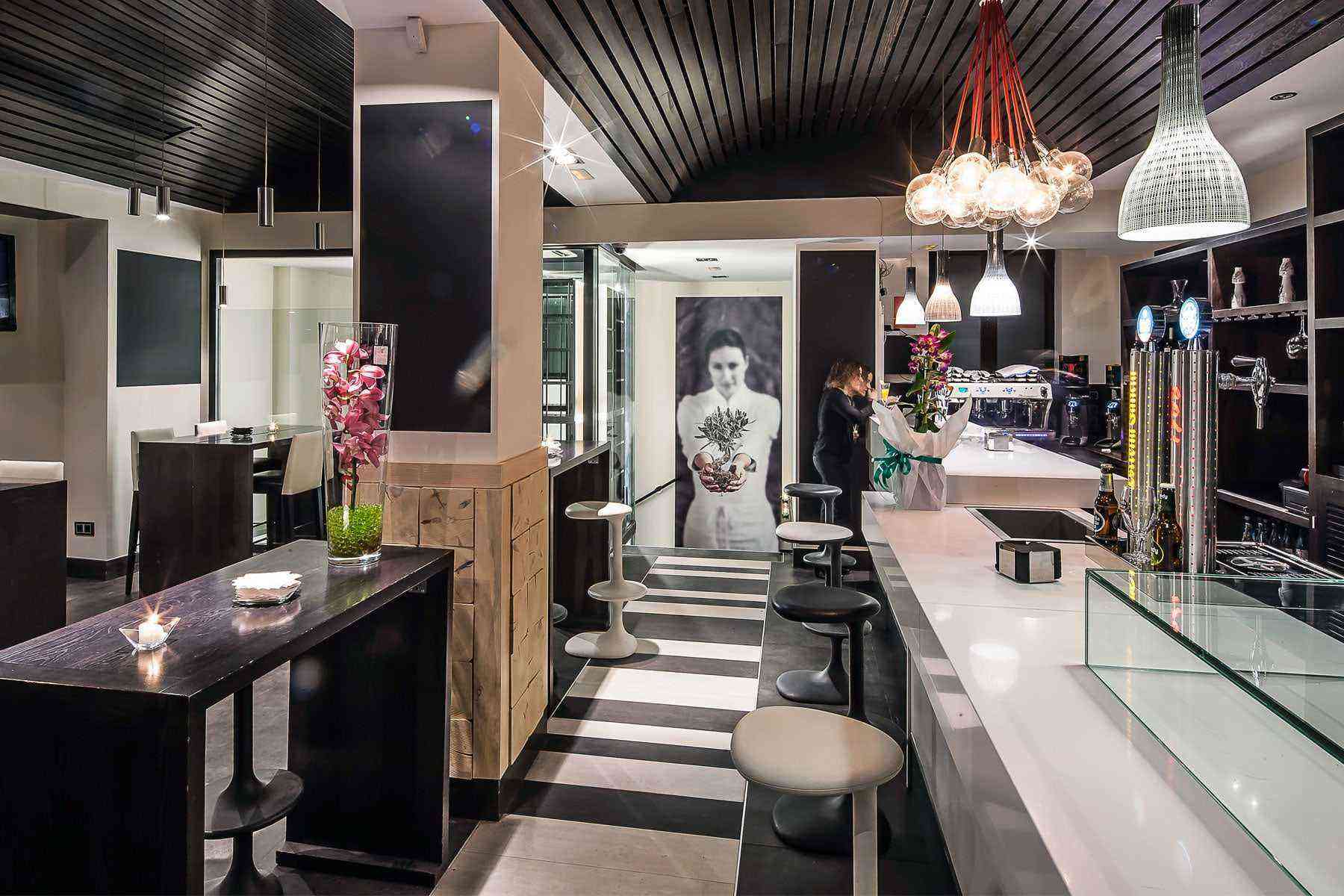 PHOTO: Cara a Cara
Previous Next
6 OF 10

Fresh flavors coupled with a bright and elegant décor, 5 Gustos in Valladolid is the go-to spot for consistently fresh Mediterranean cuisine.  With an extensive tapas menu and beautifully curated wine list, the emphasis here definitely trends heavy on the seafood and locally sourced ingredients. Not to be missed, the paella with grilled octopus, patatas bravas, smoked eggplant with prawns, or grilled sirloin served over a bed of creamy polenta. No matter what you choose, you really can’t go wrong. With an emphasis on using seasonally fresh and all-natural ingredients plucked fresh from the market, the restaurant also offers cooking classes and features a beautiful wine bar perfect for pairing each dish. 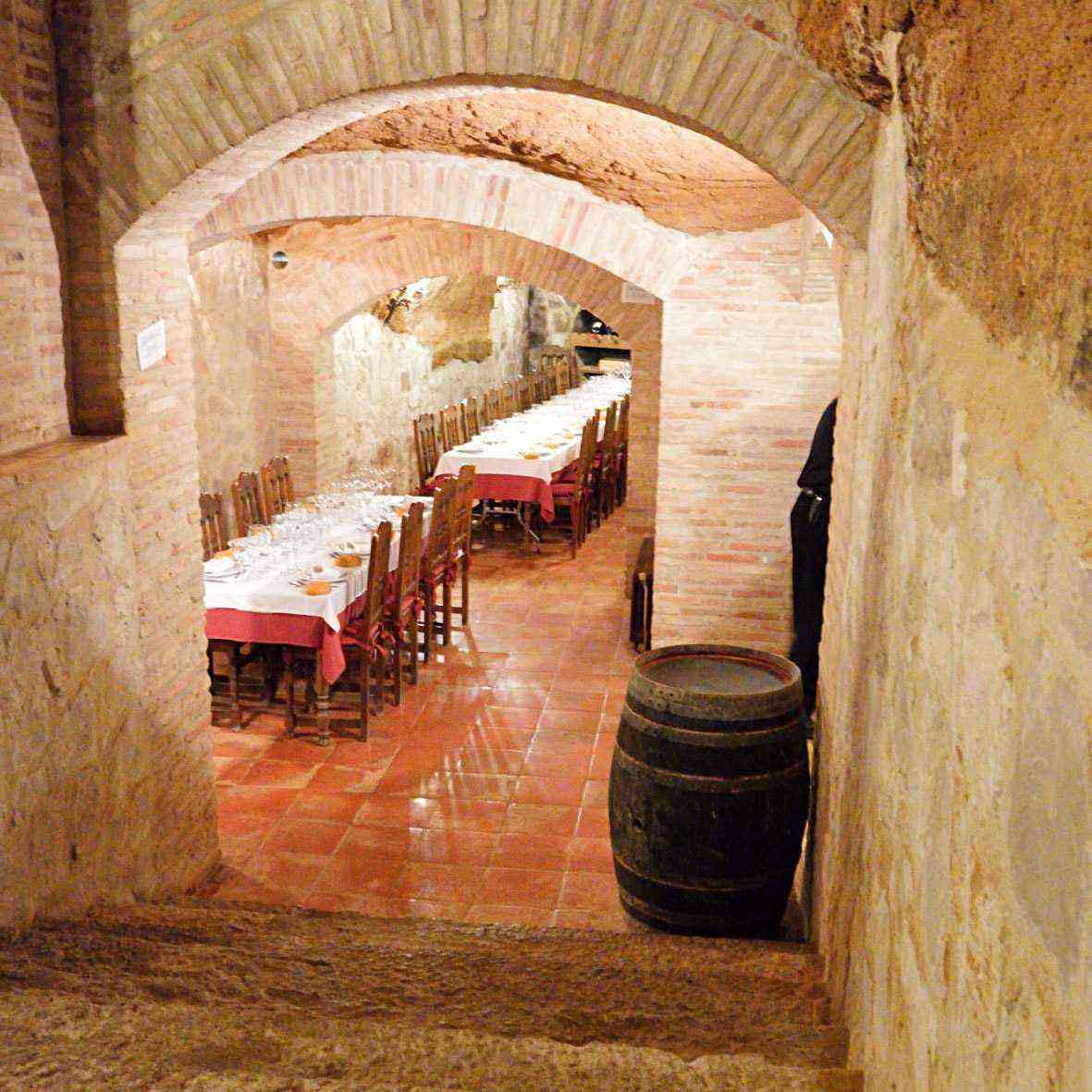 Located in the medieval town of Peñafiel on the outskirts of Valladolid, El Lagar de San Vicente features traditional Castilian cooking with some of Spain’s best blood pudding, chorizo, and award-winning Lechazo, or suckling milk-fed lamb prepared over a wood burning oven. Set in the heart of Ribera del Duero’s wine valley, this rustic style bodega complete with stone walls and traditional decor is a must stop lunch after a day vineyard hopping in the area. After lunch, don’t miss a chance to take a stroll around Castillo de Penafiel, a looming 9th-century gothic-style castle turned fortress perched on a hill above the town. 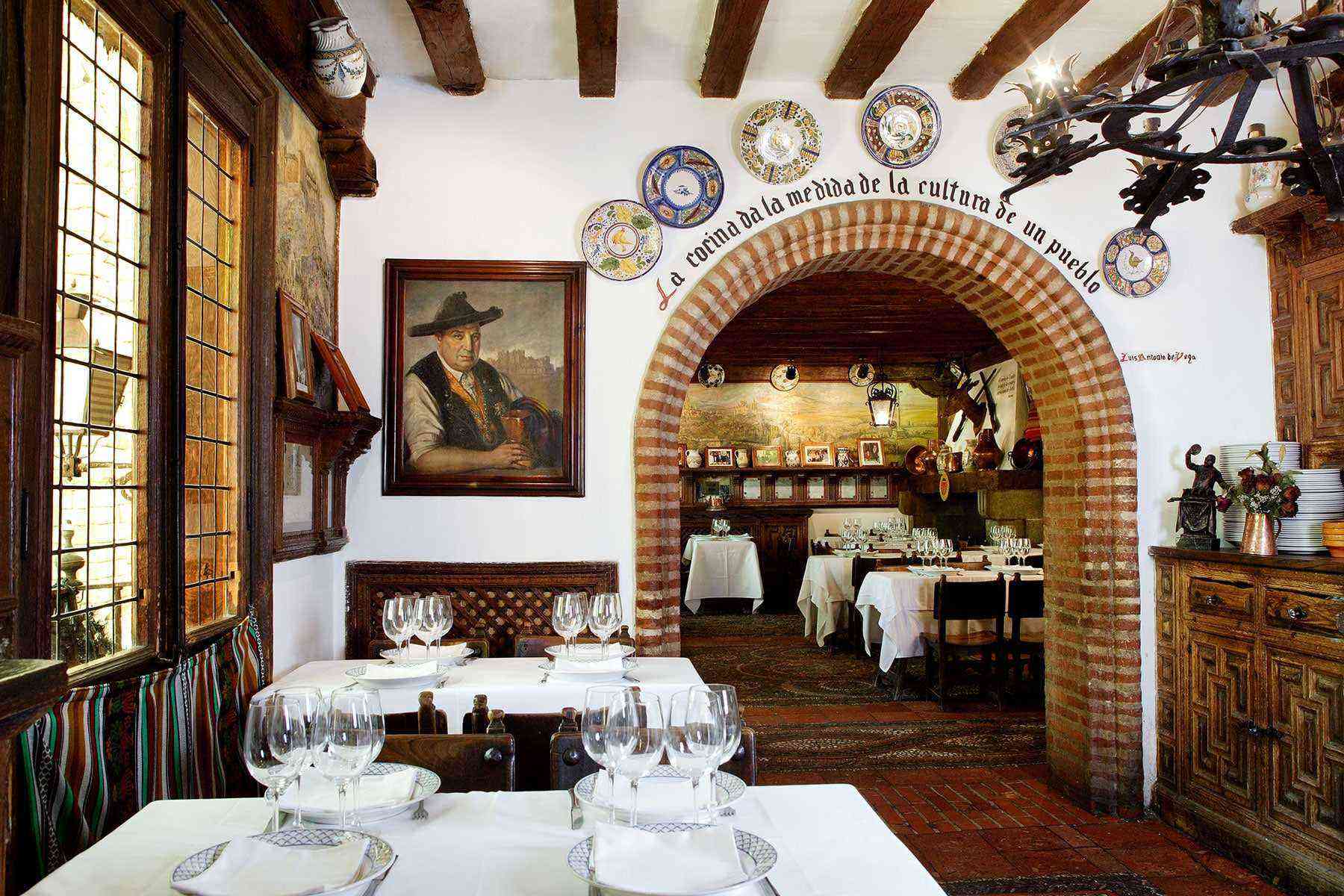 Located in the historic and charming hillside town of Segovia, directly across from the city’s famous Roman Aqueduct, Meson de Candido’s traditional townhouse has been serving up some of the region’s best roasted pig, chorizo, sopas, and gambas a la plancha. While you can’t go wrong with any of the dishes on offer, one of the most memorable experiences you’re likely to have here is watching the servers slicing and dicing a whole pig with the edge of a plate before smashing the plate on the floor. It’s an age-old tradition that’s not to be missed. After you’ve gorged yourself with roasted pig, take a stroll along the city’s former Jewish Quarter before making your way over to the Alcazar of Segovia, one of Spain’s most beautiful and historic castles. 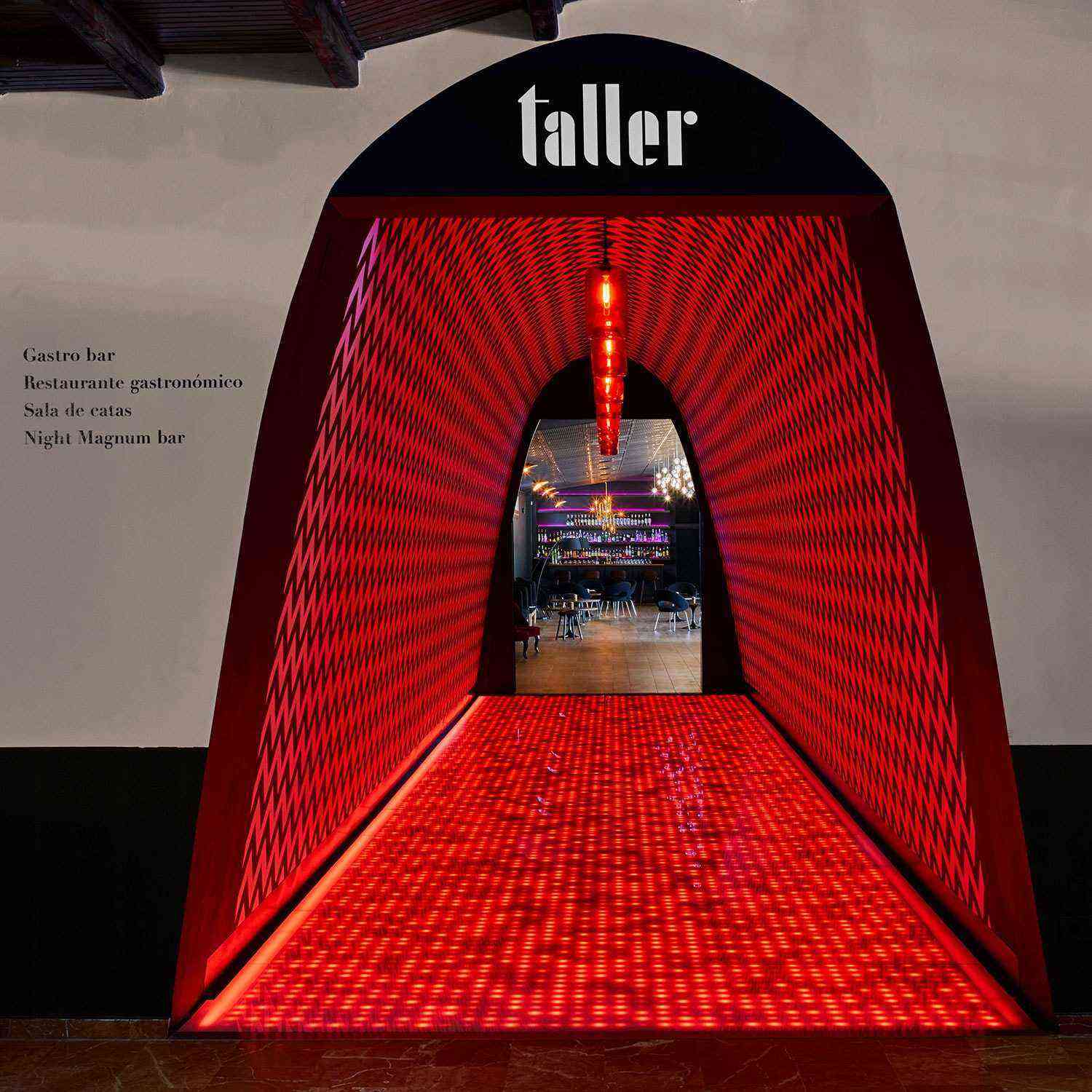 Hands down one of the trendiest tapas spots along the Duoro River, Restaurante Arzuaga features an upscale Castilian-style indoor dining room and patio with molecular-inspired tapas to boot. The restaurant, which is part of the historic Hotel & Spa Arzuaga is located half way between Peñafiel and Valladolid and features award-winning house wines and farm-raised meats delivered fresh from owner Florentino Arzuaga Navarro’s private game reserve. Dishes here can be ordered a la carte as well as for sharing. The modern decor along with the taste of traditional Spanish cuisine only help bring the dishes to life. Not to be missed are the Spanish tortillas with wild mushrooms and grilled shrimp, and the Iberian ham and foie gras tostas. 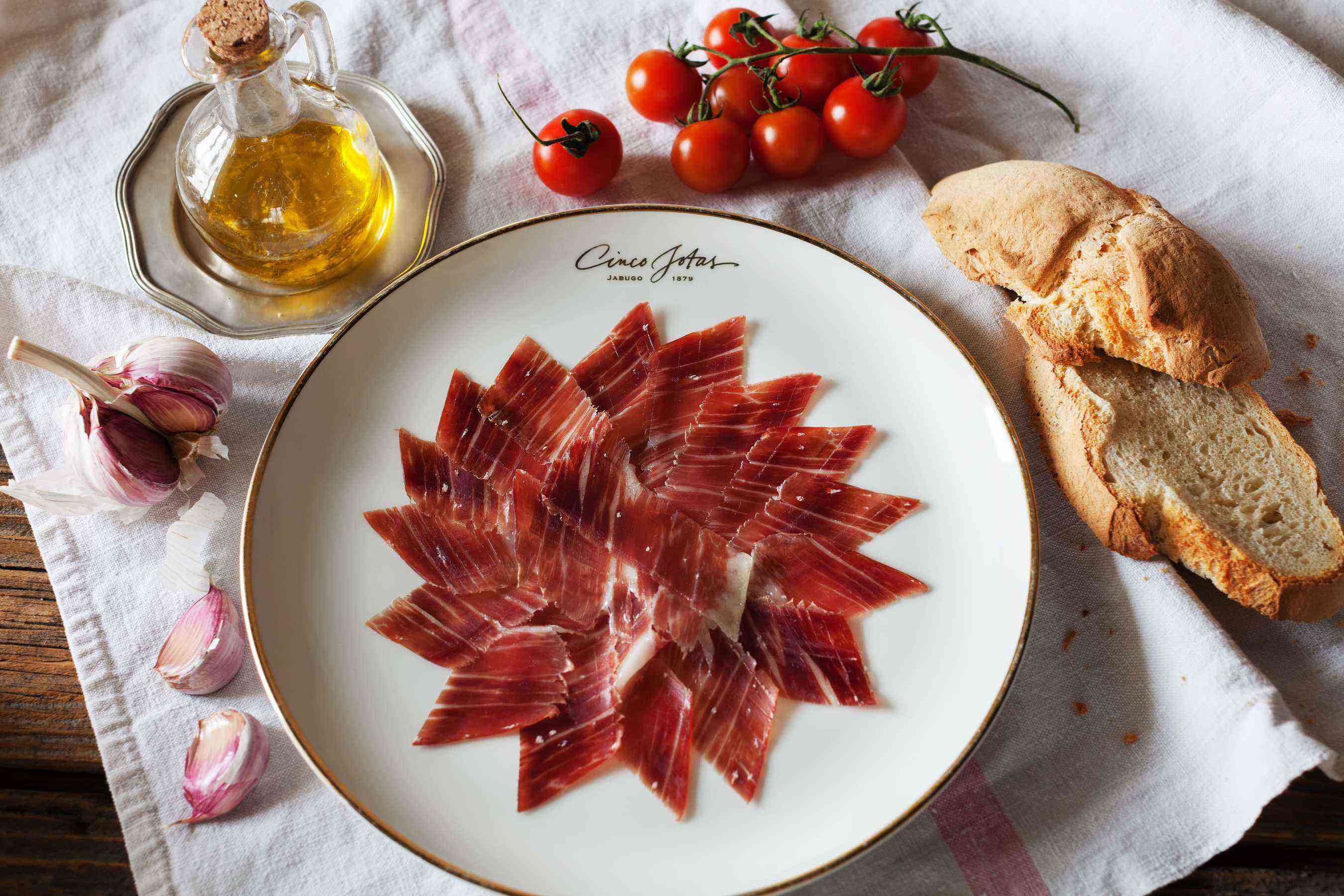 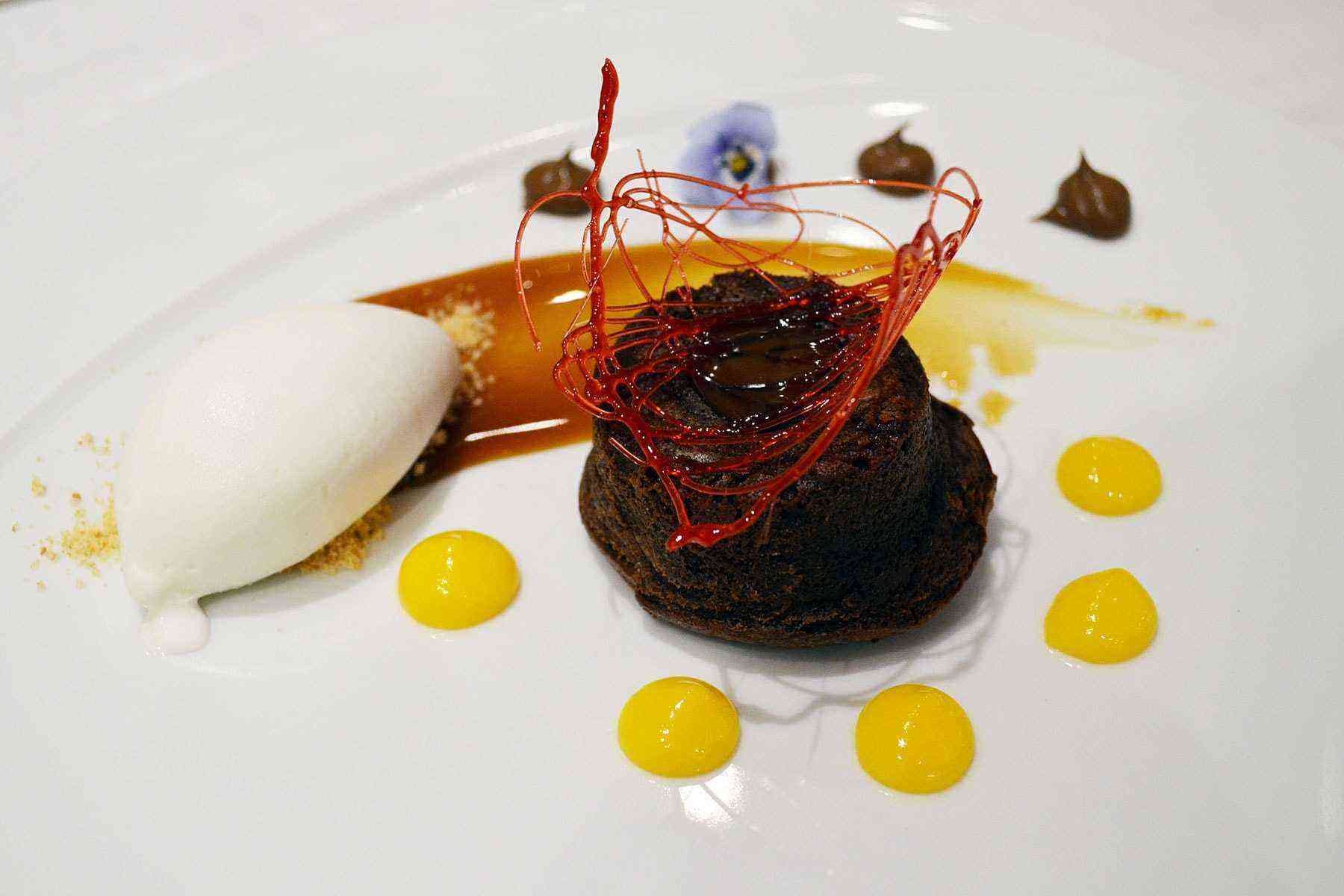 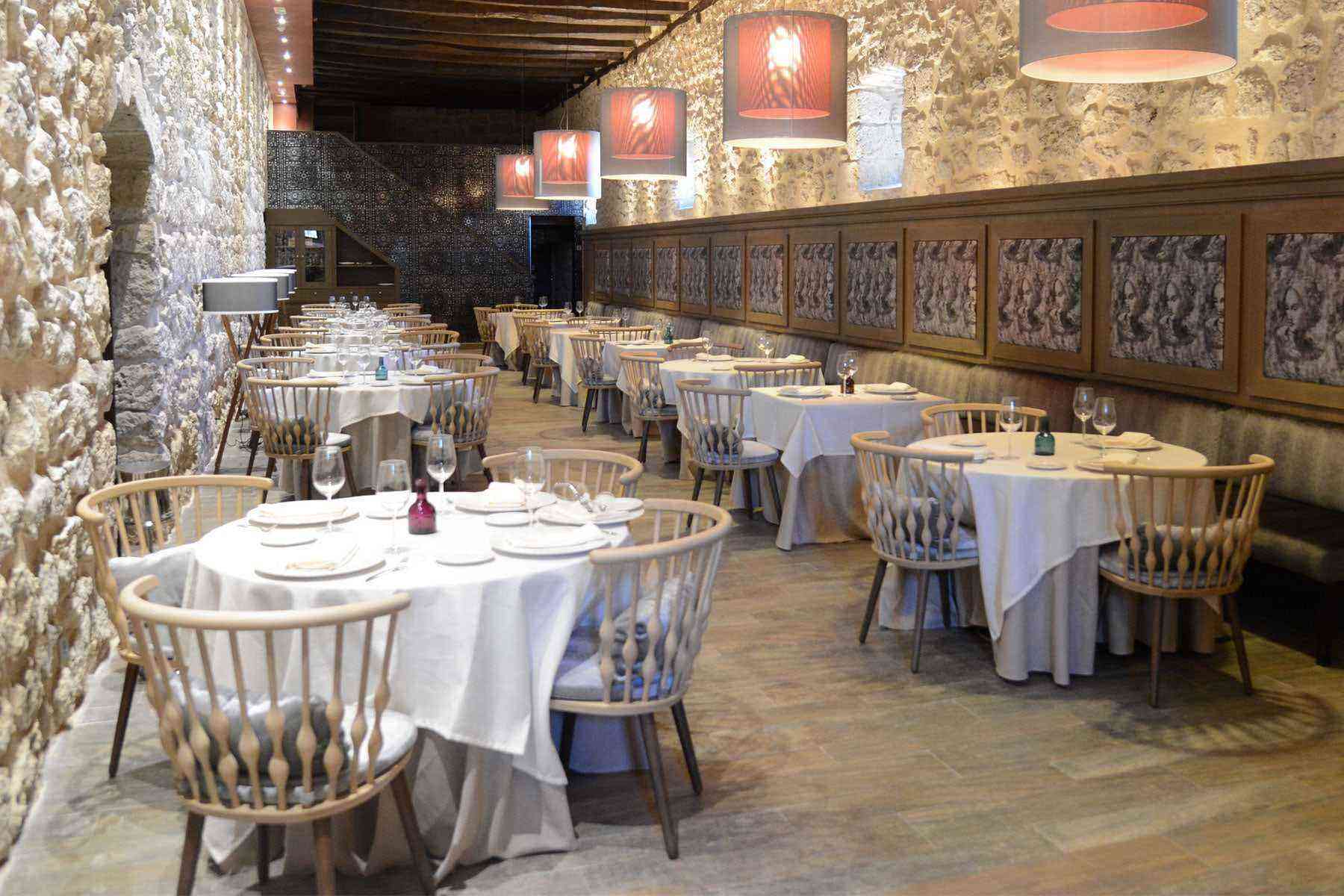 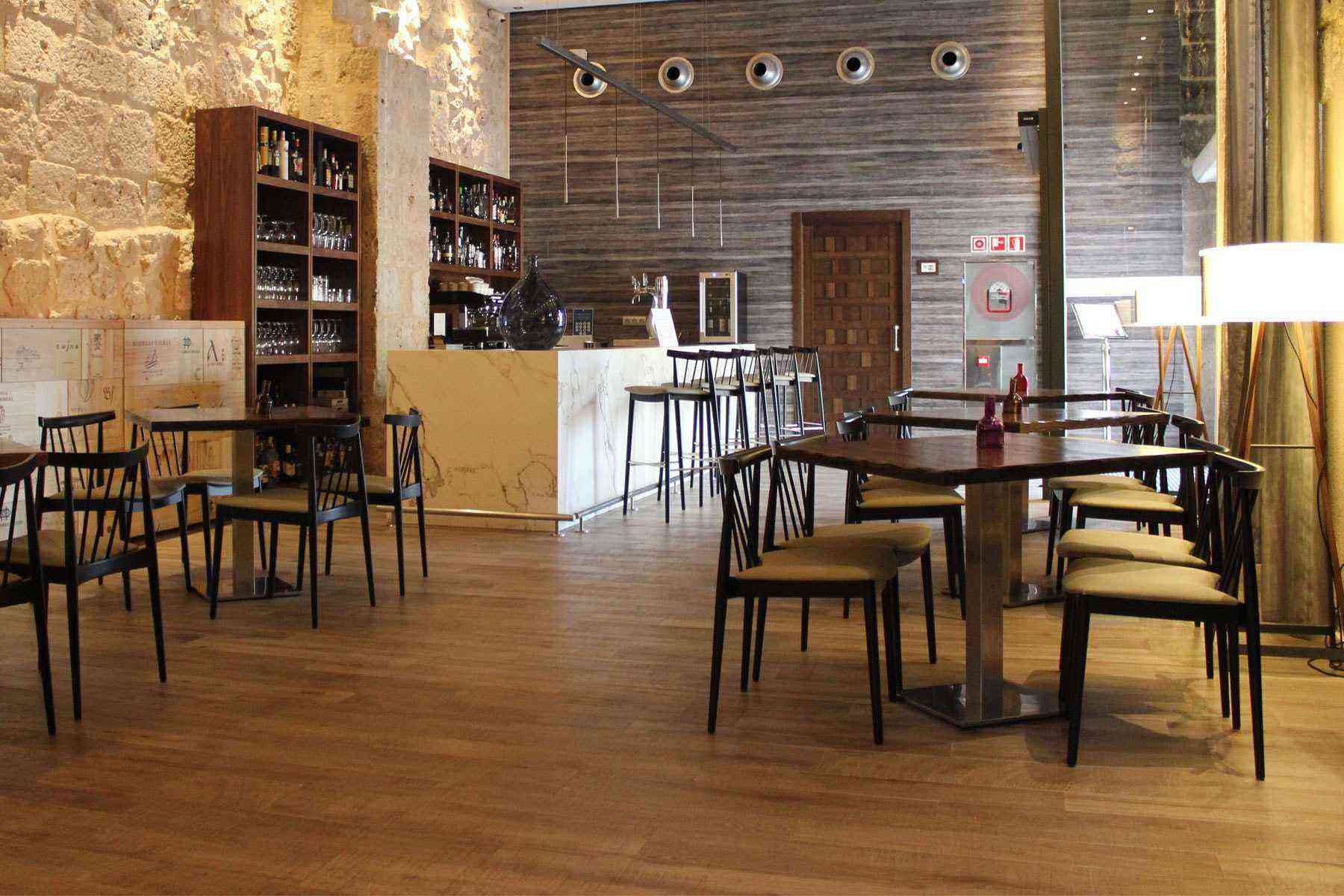 A 12th-century monastery-turned-luxury-hotel and thermal spa, Castilla Termal Monasterio de Valbuena is located in the heart of Valbuena. Set amongst hundreds of miles of vineyards and farmland, the Castilla’s on-site restaurant, Converso Restaurante, features a gastronomic tasting menu with an emphasis on using locally sourced products and ingredients from grass fed baby lamb and Iberian ham. The hotel’s more casual dining option, Cafeteria La Cilla, features a wide range of tapas including ham and cuttlefish croquettes; monastery cannelloni with freshly sourced leeks, goat cheese, and smoked trout; as well as a comprehensive wine list of locally-produced Rueda and Ribera del Duero wines by the bottle and glass.