The contrasting approaches used in the States to control the pandemic are very different from those implemented back home.

Departing from our home in the U.K. in early September last year as newlyweds, my wife Sarah and I knew our time in America would be severely impacted by the restrictions put in place by COVID-19.

We resolved to make the best of the situation and eagerly set about exploring our new surroundings from our base in Northern California’s Silicon Valley. Once we had got over the number of Teslas in the neighborhood, we noticed that everyone around us was wearing face masks—regardless of whether there was anyone else on the street. This astonished us, as only seven weeks earlier it hadn’t been mandatory to wear masks in shops in the U.K. Even now, people in Britain don’t have to wear masks outdoors.

While hiking in California we have seen that almost everyone puts on a mask if they fleetingly enter the vicinity of others. This is clearly a commendable effort to obey the rules regarding mask-wearing in public spaces. Through British eyes though, such behavior is merely a courtesy unless a trail is particularly narrow. England’s chief medical officer Professor Chris Whitty recently said that even in close proximity, people crossing paths for such brief moments represent an “extremely low risk” of transmission.

And yet, we were surprised to see Californians who were wary of the risk posed by strangers be entirely comfortable with physical contact with friends from different households. It’s as if COVID rules apply until it’s time to say goodbye, at which point everyone begins to embrace each other. The congratulatory hugs between Democrats at Joe Biden’s presidential inauguration was one high-profile example of this. The U.K. has often been behind the curve in tackling the virus, but our politicians have not adopted such displays of affection for months. It seems traditional British characteristics of restraint and reserve have their merits in a pandemic.

Despite some of the minor discrepancies we witnessed within California, what most surprised us were the huge differences in pandemic attitudes from state to state. 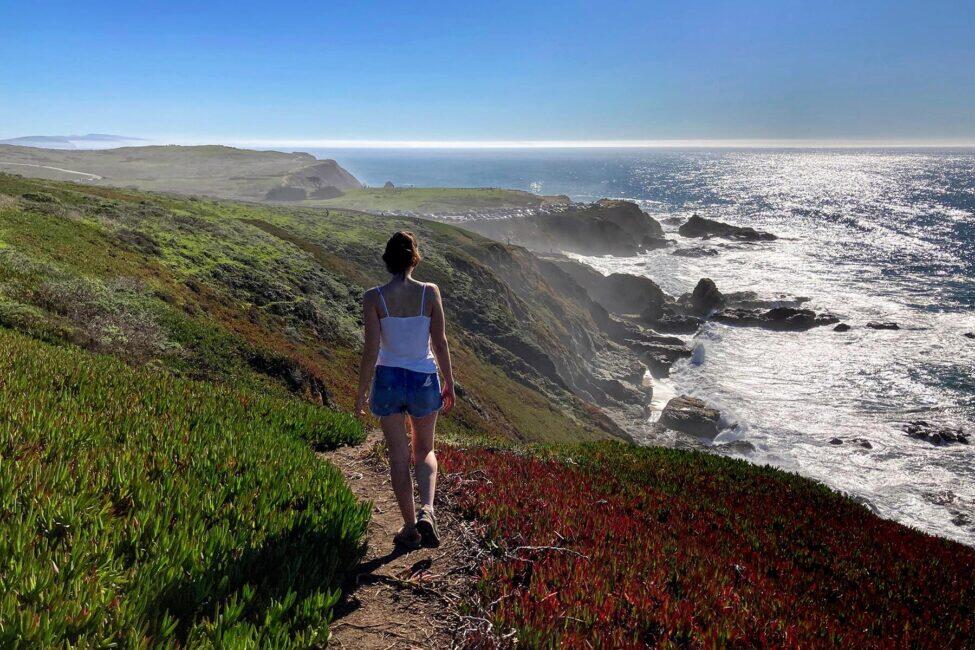 Before our arrival to the U.S., we’d naively assumed that due to the flow of people traveling between states, the White House would have coordinated a nationwide approach to limit the spread of the virus. Although Biden has belatedly introduced legislation enforcing the use of masks on public transport, such action was absent during Donald Trump’s time in office. And as Texas and Mississippi both proved last week with the lifting of all lockdown measures, state-by-state discrepancies remain.

We witnessed this up close in Lake Tahoe, where the state line runs across the water. On one side is California, where officials at Christmas were searching cars for skis and telling holidaymakers to stay away, while on the other side of the border Nevada was adopting a much more relaxed approach. This made it almost impossible for California’s authorities to effectively enforce local rules. 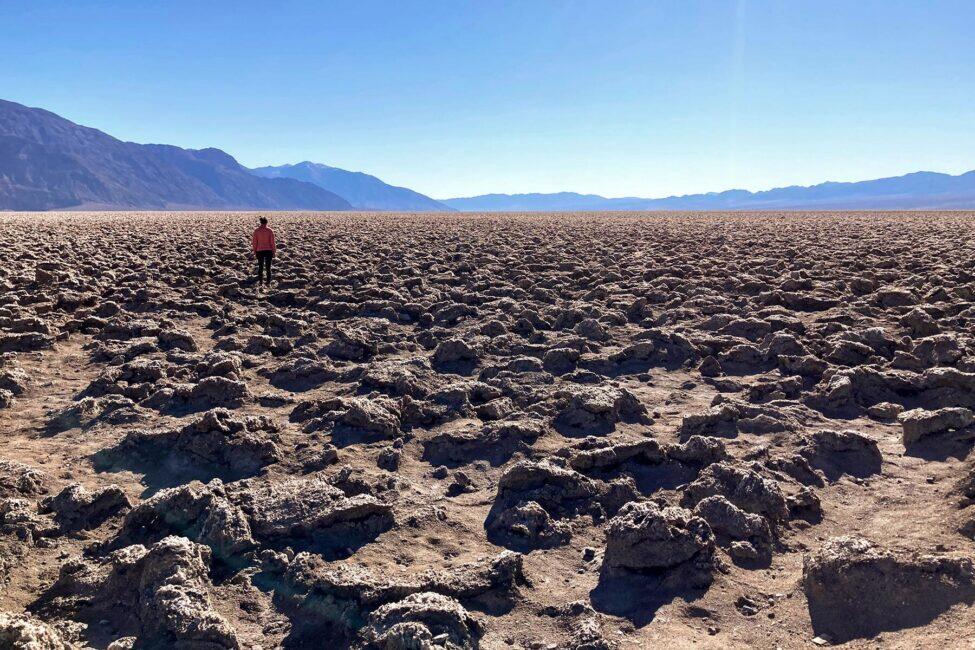 We saw a microcosm of this divide when we stayed with a couple in their sixties in an Airbnb on the Nevada side. The husband (a Democrat) wore a mask during our stay, while his wife (a Republican) remained convinced the virus is a hoax and therefore felt no inclination to do so.

At times in Nevada, it appeared businesses were merely paying lip service to COVID restrictions. We saw bars with signs on the windows and doors reminding people of the requirement to wear face masks inside, yet regularly found the rule completely disregarded by everyone–including the staff–who passed over the threshold. Some people in the town of Beatty near Death Valley pretended not to be able to hear us when we wore a mask and assured us that as no one in their town had been infected by the virus they didn’t see what all the fuss was about.

When the restaurant’s chef struck up a conversation with the words, “It’s the politicians who are to blame,” I broadly agreed, assuming that he was referring to the mismanagement of resources by leaders such as Trump and Boris Johnson. Yet after using the classic phrase, “I’m not a conspiracy theorist but…” he went on to explain that in his opinion COVID-19 was far less deadly than influenza and that the virus had been designed in a laboratory to eliminate people with certain types of DNA. He declined to say what the motive could be.

Elsewhere in the state, we were surprised by how popular Las Vegas is still proving to be as a destination. It appeared that like us, many domestic tourists were unable to resist the cut-price deals for hotel rooms. Vegas felt busy in part because many hotel wings and buffet restaurants were closed. It was unnerving to think that the well-intentioned aim to ensure visitors were able to get the full Vegas experience—even amidst a pandemic—was contributing to crowds of people gathering together in reduced spaces, effectively creating a potent potential petri dish for COVID-19. 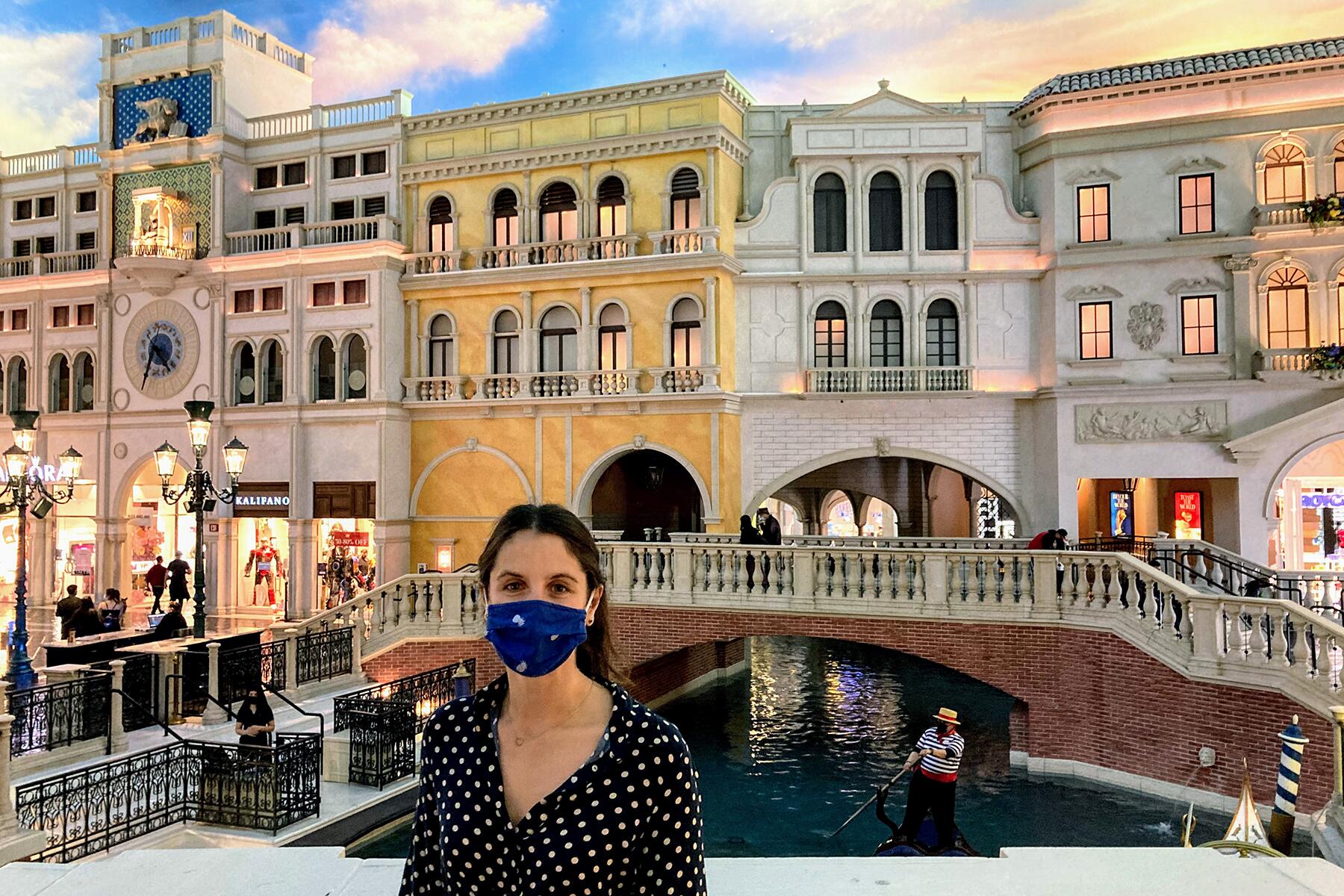 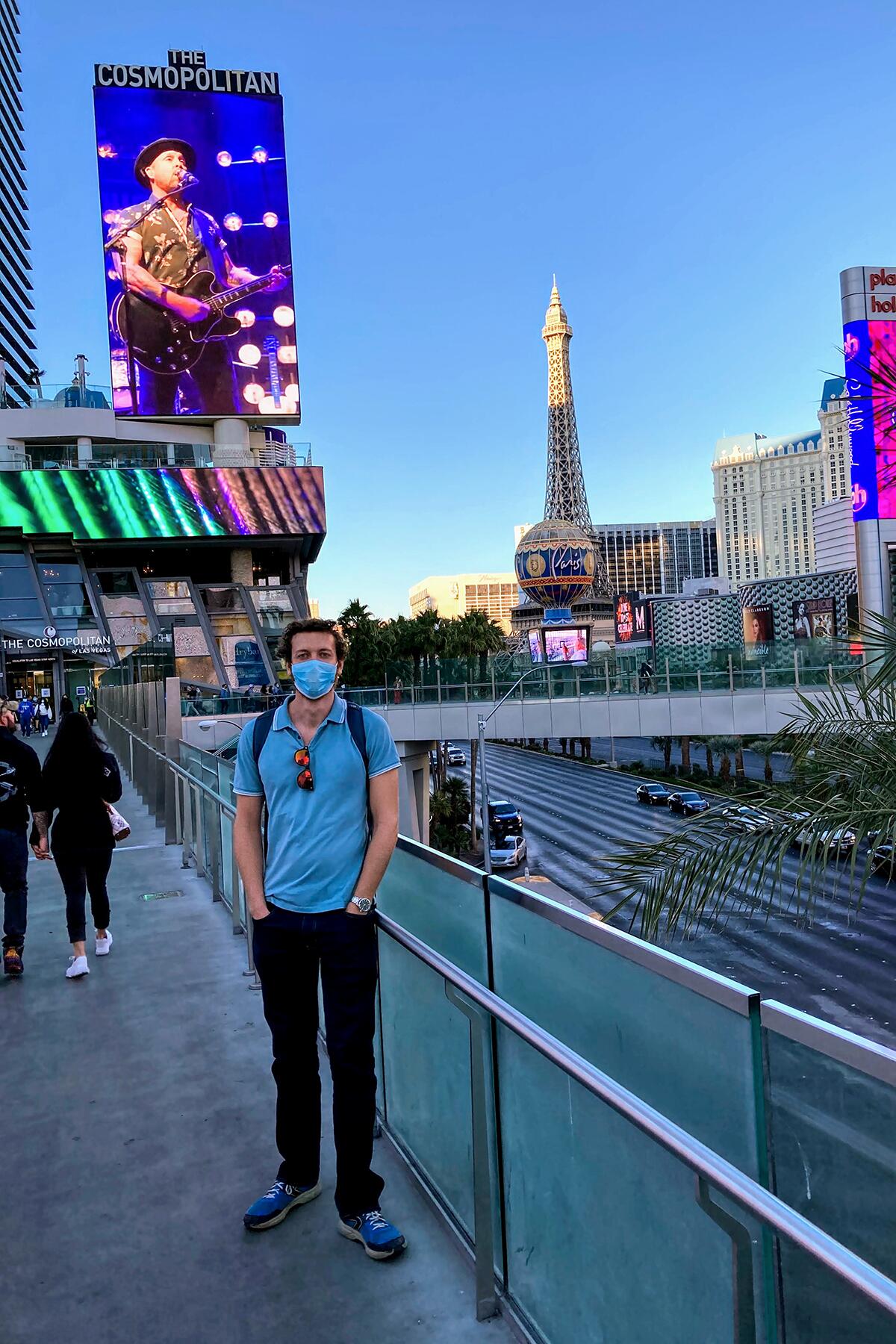 Awareness of this danger was possibly a reason why we noticed a higher proportion of people wearing masks in Las Vegas than anywhere else we have visited in the U.S. The city was one of the first in the country to reopen its doors when it did so on June 4 and permission was only granted in return for a number of concessions. Visiting Vegas can feel surreal at the best of times, but finding croupiers far outnumbered by hand sanitizers was strange and the sight of the city’s neon billboards being deployed not to promote shows or restaurants but to issue edicts such as “No mask, no dice” made it feel like we had entered a dystopian universe.

In mid-December, the newspapers back in the U.K. were widely reporting that Christmas was canceled because of the heavy restrictions that were introduced ahead of the festive season. We waited with bated breath for similarly severe lockdown measures to be adopted here, but they never came. Our American friends ruminated about the safety of air travel, but ultimately many of them chose to cross the country to spend time with their relatives as officials only ever recommended against such journeys. The United States remains, much more so than the U.K., the land of the free.

Perhaps the most trivial difference we’ve noticed is the different names attached to the new strain of the virus. In the UK media it’s described as the South African variant, yet here in the U.S., it’s almost always referred to as the UK variant. Having a British accent in America is usually considered to be a positive thing, but we’re not sure for how much longer that will remain the case.