Hospitalized with a nasty case of food-borne illness, I missed my only chance to return home as India shut down the country overnight.

Wheels down and gliding across the Mumbai runway in the early hours of March 7, the only thing on our minds was the explosive rainbow dustings of Holi celebrations set to take place that weekend. This date had been marked on our calendar for months. With only three confirmed cases of COVID-19 in the entire country, the virus wasn’t even a blip on our radar.

After all, India has long been contending with dengue fever, malaria, and tuberculosis. At the time, the general thought was, what’s one more infectious disease to worry about?

When India sealed its borders to all incoming international visitors the following week, I was (naively) overjoyed to have squeaked through in the nick of time. We were still on a Holi high. I hadn’t even managed to scrub off all the techno-colored stains from my skin yet. The temptation of exploring India without the crowds quickly swallowed any lingering corona-related concerns I may have had. I was six months deep into a two-year adventure and returning home wasn’t even on the table.

For a while after the country closed its borders, it was business as usual. I wandered through Udaipur, sipping cups of chai while I inspected royal blue pashminas and listened to the hum of prayer emanating from Jagdish temple.

I was already accustomed to random temperature checks popping up all over Asia, so I was unsurprised when my guesthouse asked that I visit the government hospital for “screening.” A quick swipe of an infra-red thermometer revealed I was fever-free and therefore free to go. 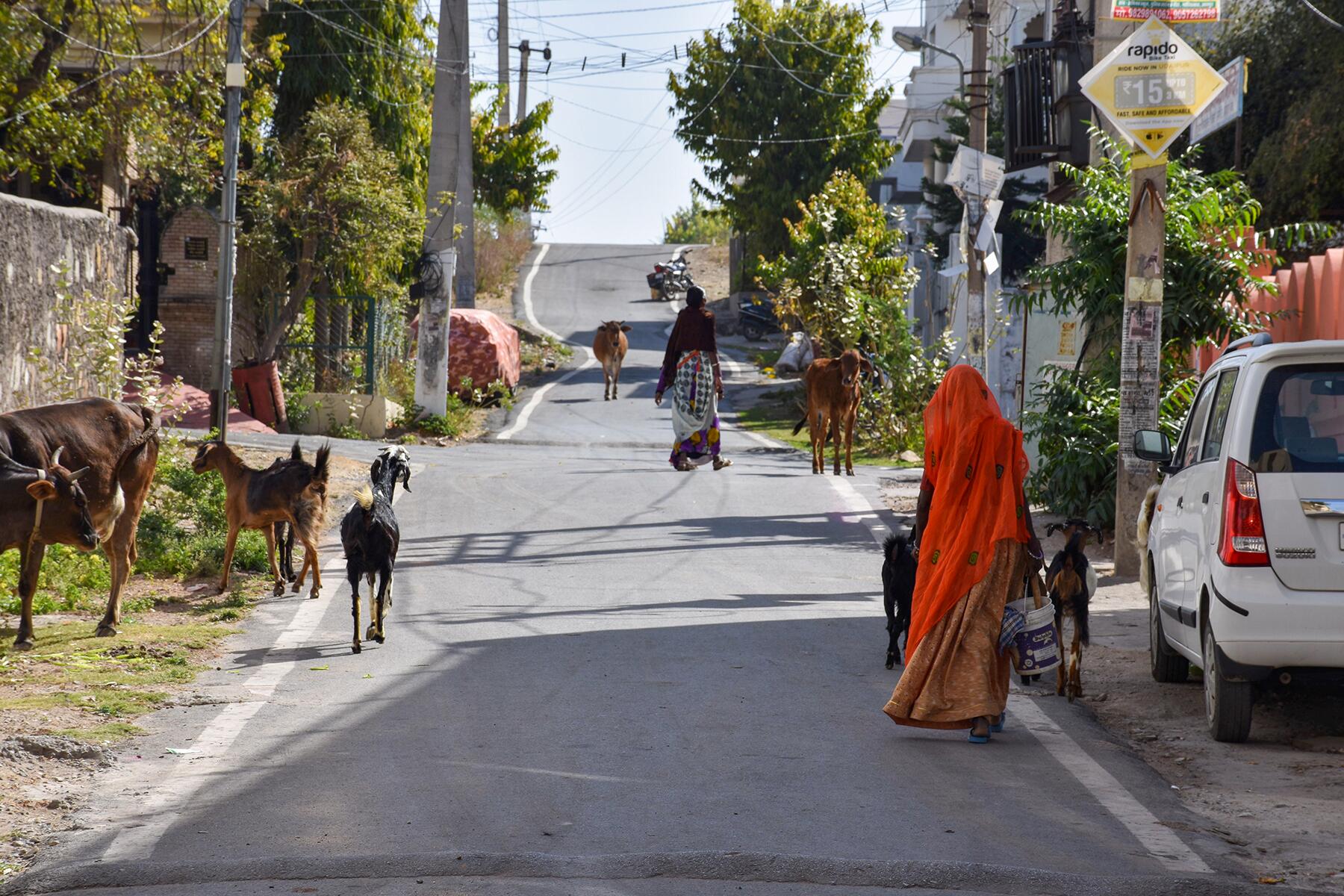 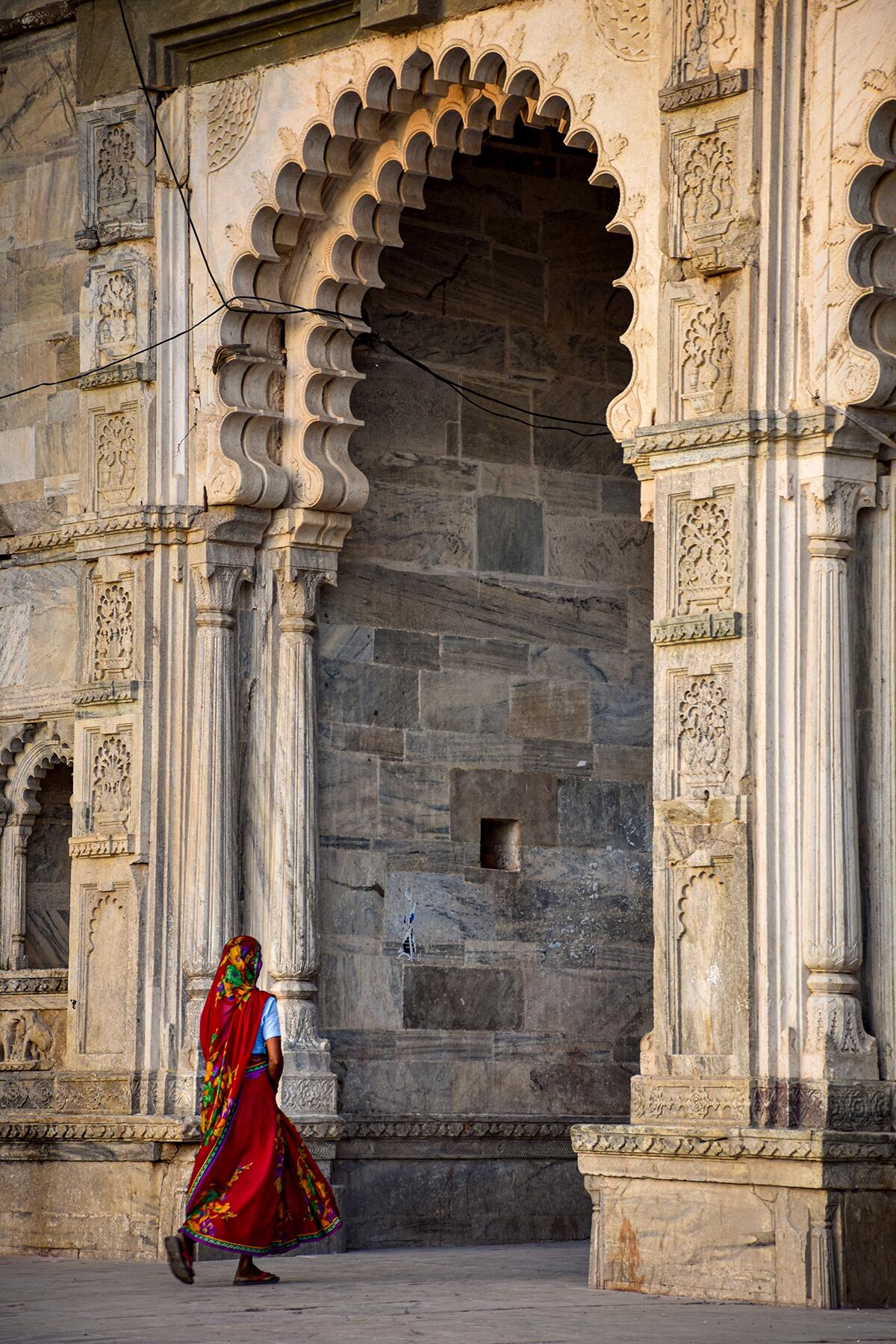 Alas, it wasn’t long until there was trouble in paradise.

It all started with food poisoning. I’d heard horror stories, but I had no idea it could be this bad. After 48 hours of agony and cursing my guesthouse’s rooftop restaurant, I mustered the strength to drag myself to the nearest hospital. And as the universe would have it, while I was on the receiving end of life-saving fluids and antibiotics, all hell broke loose in Rajasthan.

It was a coronavirus meltdown. Without warning, a full lockdown was implemented overnight. No buses or trains would run inter-city or otherwise. Guesthouses and restaurants were to shut their doors immediately. Everyone was to shelter-in-place for the foreseeable future.

A country of 1.3 billion people now stood completely still. The Junta curfew (or people’s curfew) left six-lane highways completely empty; police and cows were the only life left wandering the streets, and travelers like ourselves were stranded with nowhere to sleep. Standing in the middle of a dusty alleyway in front of yet another locked guesthouse, I tried to fight the panic. Freshly released from the hospital, I had become an outsider overnight. Someone to be feared by locals facing the impending threat of coronavirus.

My American passport was working against me at every turn. Despite not having been in the states for nearly seven months, the 200,000 cases back home had locals giving me a very wide berth. I wandered the main road shouldering my heavy pack, all eyes on me as I was turned away from one guesthouse after another.

When I ventured out for supplies, kids yelled “Corona!” at me from their windows and hid behind curtains.

Alone in a cafe, I gingerly ate a bowl of buffalo curd surrounded by everything I owned in the world. A gathering of local business owners had congregated outside and their conversation grew progressively more heated by the minute. This cafe wouldn’t remain open for long. It was clear to me that my idyllic vision of freely gallivanting across India during this pandemic had gone up in smoke.

I had a critical decision to make. Brave the 10-hour drive to Delhi now and bite the bullet on the $5,000 “last chance” flight out of India, or return to the guesthouse that poisoned me and hunker in for the long haul.

Frugality and sheer exhaustion won. I told myself that there was no way I could afford it, but maybe I just wasn’t quite ready to throw in the towel on my adventure. Fortunately, the aforementioned guesthouse allowed me to stay. For many, that wasn’t the case. I heard whispers of travelers who were left with nowhere to sleep. Forced to flock to the nearest embassy or police station and wait for authorities to sort out a solution. The discrimination wasn’t limited to tourists. Physicians, nurses, and ex-pats were also facing persecution and in extreme cases, eviction from their residences.

Masks were now mandatory. When I ventured out for supplies, kids yelled “Corona!” at me from their windows and hid behind curtains.

But as the curfew stretched onward, I witnessed the kindness of humanity. Communities came together. Locals fed the homeless leftover roti and those with the means offered supplies to their neighbors.

The police presence, however, was impossible to ignore. They stood in groups wielding large wooden batons on every street corner. Discouraging even the virus skeptics from leaving their homes.

As the virus spread, it became apparent I needed to find a way back to the U.S. Food shortages, overflowing hospitals, and the general distrust of foreigners meant I had become a burden on my gracious hosts. So I reached out to the embassy. 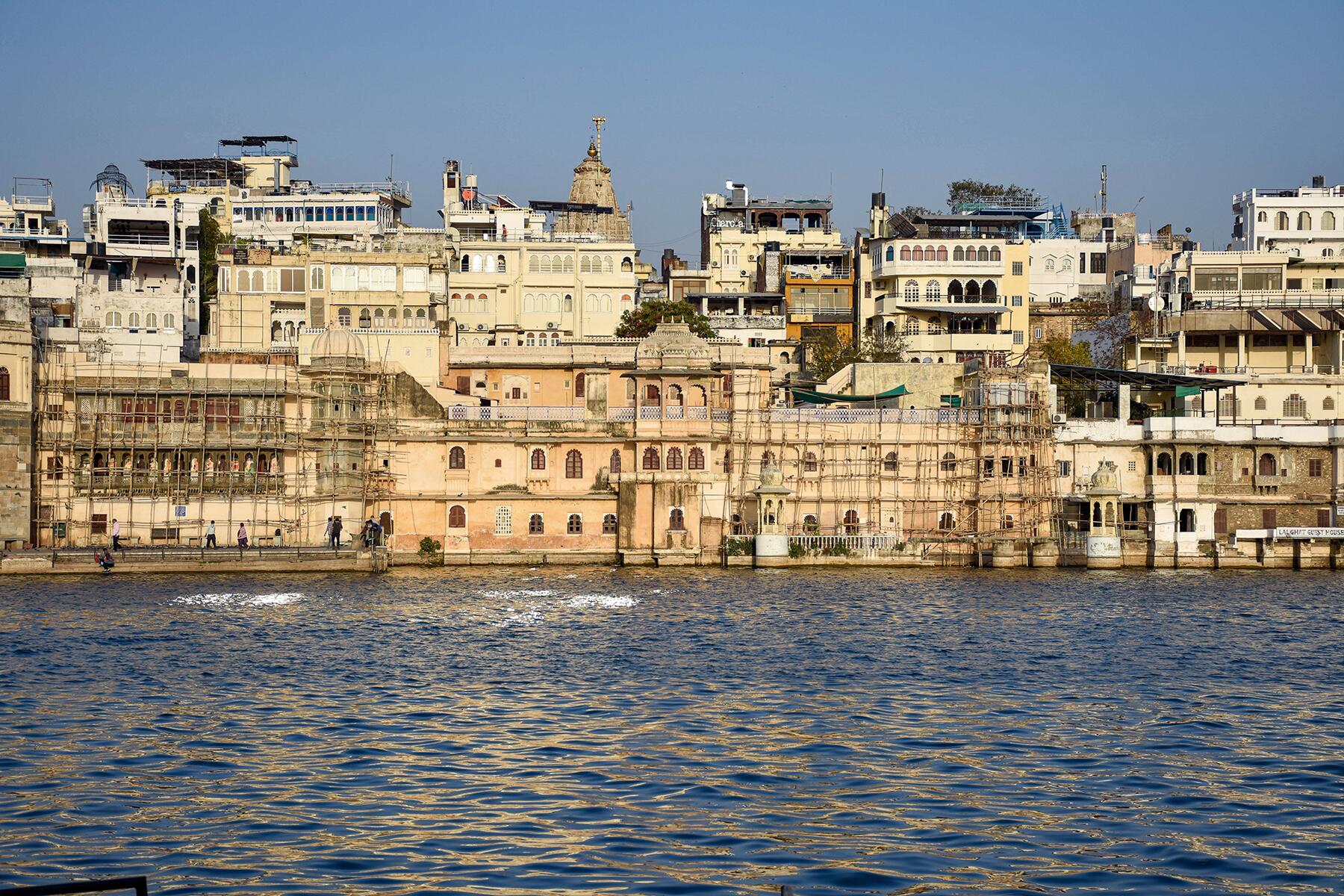 It was a waiting game. Emergency repatriation flights would be scheduled, but transport within the country was frozen. I was encouraged to get to Delhi as soon as possible because flights could be announced “without any notice.” The 10-hour drive past countless police barricades seemed insurmountable. And it nearly was.

Nine days, countless phone calls, and one stealthy walk to the local police station later, I finally secured several letters of “safe transport” to ensure (hopefully) that I could make the drive to Delhi. Finding a driver proved to be the easiest task. They were as desperate for income as I was to get home.

We set out under cover of dawn and the lowlight of still gray skies with paperwork taped to the inside of the front windshield. Almost immediately, we were stopped by local authorities. Ten minutes later, my driver was still arguing loudly with the police outside and I began to come to terms with waiting out the virus in Udaipur. Just then, abruptly and with a dismissive wave, the policeman let us pass.

We were stopped 27 more times. Paperwork was thoroughly inspected. The driver argued our case. Thankfully, we were eventually allowed through the barricades. Despite the post-apocalyptic feel, the ride was joyful. The only hurdle remaining was a battle with my own patience. Would the embassy come through?

I awaited their email from a jacuzzi bathtub, stress-eating room service in a far-too-extravagant hotel room. It was the only hotel in Delhi willing to take us, effectively blowing my budget. Fortunately, I didn’t wait long. Just eight hours before take-off, my inbox pinged—the much-anticipated boarding passes had arrived.

Celebrating with me was all of India. At 9 p.m. for exactly nine minutes, the lights of Delhi glowing in the distance were brightened by fireworks illuminating the sky. Peering out my window, I could see hundreds of people had taken to their rooftops, banging pots and pans together and clanking silverware on exposed pipes—a metallic symphony rejoicing that everyone is alive, well, and in this together. This tradition will continue until this has passed. Indians all over the country ignite fireworks and celebrate life for a few beautiful moments of solidarity.