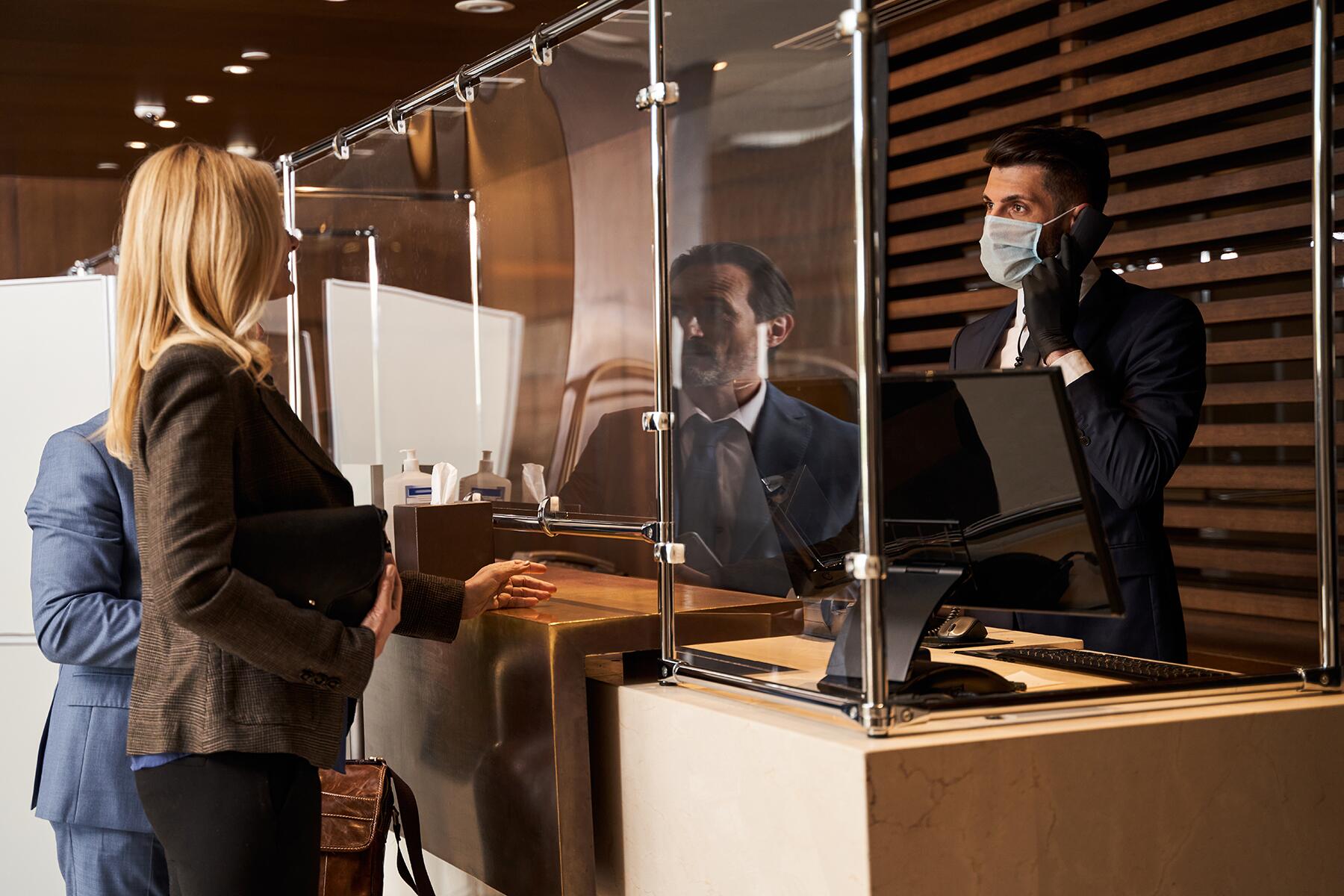 Coronavirus Esme Fox Spain Is Open to Vaccinated Tourists. So, What Can You Expect This Summer?
Home  >  Coronavirus
PHOTO: Mariia Korneeva/Shutterstock

As if moving needed an extra layer of difficulty.

No one forced me to move during a pandemic, but a sizeable uptick in rent partnered with sharing a 900-square-foot space with three other people was seriously pushing the envelope. While the unit initially never seemed small, it suddenly became the equivalent of a dorm room once it was revealed we would all be at home together all day long. I learned how many cooks is too many cooks in the kitchen (four), all of my neighbor’s business as a result of him sitting on the porch on speakerphone day-in and day-out, and that for a moment of pure, uninterrupted privacy, the only escape was a windowless bathroom—I needed out.

Moving during a stay-in-place order sounds counterintuitive, and perhaps it is, but weighing the pros and cons and taking our safety as well as that of others into concern, we knew it was right to do–the on-paper “wrong thing.” Despite so much falling apart around us, it was this small-potato problem that we were fixating on. The longer we spent inside, the more eyes this spud grew, until we finally said, “Let’s just do the damn thing. Someone open Zillow.” Following the same logic of couples looking to solve their differences by having a kid, we figured we could bid our problems adieu with the always-difficult task of moving.

Attempting to find a place amidst a pandemic is odd. There are times when a tour is unavailable because of current residents, and other times (at least in our situation) where a self-guided tour is the solution. With no one occupying the apartment, visiting was okay, but we had to do so on our own. While we were lucky to be able to see the place, no landlord-guided tour meant any questions that came up had to be asked over the phone later, when and if we remembered them (we didn’t).

There were some upsides to moving during a world collapse though, like plenty of apartments on the market, little competition, and landlords that desperately want you. With low demand comes extreme leniency, as well as (unheard of) included and already installed AC units. Los Angeles is a notoriously difficult place to find an apartment and we did it in one tour. But, let’s be honest, there was a lot of bad.

Taking an already cramped home, we added a slew of boxes. The small space we had to do at-home workouts was now being occupied by a new couch, the dining room table was no longer existent, and already on-edge roommates were now delineating who got to keep boxes where. Sure, this might be an issue we all run into when moving, but usually we have an escape, whether that be the office or another friend’s home. There was no escaping the boxes, they were everywhere you turned and a wad of tape was always within arm’s reach.

And while finding space in a home packed away was difficult, creating a plan for the day of moving was something else, something we hadn’t considered during our moment of joy that came from knowing we had an out. We had an entire apartment worth of things that needed to be transported from one LA neighborhood to another and all we had was the four of us.

Typically, when moving, I send out a mass text, “Will provide beer and pizza for help!” but this wasn’t a typical move. After all, asking someone to help now is asking for more than just their body and time, it’s asking for them to put their health at risk. We want our friends healthy, we want us healthy, so what do we do? For us, the answer was to cautiously expand the pod.

Calling up three friends who live together and are leaving only for groceries and walks, we mentioned our move with the hopes they would propose their help (like when you say, “Ugh, I’m so tired but hungry,” passively-suggesting someone else mention take-out), and they did.

The physical act of moving wasn’t necessarily more difficult than it would have been, though a cotton mask on a hot day is never a welcomed addition. The difficulties rather came about because of the situation. Quarantine didn’t make any of us less able to lift a couch (let’s be honest, we weren’t able to do so to begin with), but it did make for weird encounters with neighbors, the landlord, and everyone from Facebook Marketplace—turns out there is a world of people outside of your parents’ social media feed who think masks are a hoax.

And the sucky-ness of moving during lockdown doesn’t end after the furniture is carried up the stairs–small things you don’t consider pop up near daily. Realizing a little late that the closet you remembered being a walk-in is more like a kind-of-sort-of stand-in? Well, there are definitely storage solutions, but obtaining one requires a different sort of solution. The stores that are open have limited hours, not ideal for those working from home, and while everyone’s favorite IKEA is doing curbside pickup, you’ve got to act faster than you did when buying One Direction concert tickets if you want an order placed and gathered that day (we’re talking some serious speed and dedication). The small things so simple before are now an entire production.

And while I am beyond lucky to be in a new apartment that has both more space and a window in the bathroom (moments of privacy may now be taken in the sun), it’s disheartening to know it’s got to be kept all to myself for the time being—no house warming parties and no inviting others over for dinner just to show off the new kitchen and recently-discovered Dutch oven recipes. It’s just me and my roommates doing the same thing, just now with more square footage.

Moving always sucks, but does moving in quarantine suck more? Maybe. There are serious practical difficulties followed by the realization of, “Huh, this didn’t solve my lockdown-induced depression,” but you’ve also now given yourself new scenery, a neighborhood to (cautiously) explore, and a dozen more restaurants not previously seen on Postmates. A move won’t make those underlying problems we desperately want to be done with disappear, but it will provide more room to breathe and, in my situation, more windows (which has been the true driving force of my quarantine-happiness).

I’m happy to have moved, and consider myself lucky that I had the ability. But do I wish I had considered the added difficulties before? Absolutely! My advice is move if you want, a new location amidst lockdown can be a nice breath of fresh air for you and your brain, but know that, just like any other move, it will suck. Moving sucks, coronavirus sucks—so, please, learn from my miscalculations—these two negatives don’t necessarily make a positive.