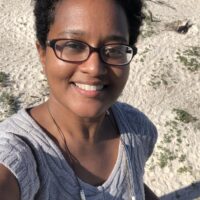 Shannon J. Effinger has been a freelance arts journalist for over a decade. Her writing on all things jazz and music regularly appears in The Washington Post, NPR, Pitchfork, Bandcamp, Jazziz, Jazzwise, and Downbeat, among other outlets. Through her writing, she's covered several renowned music festivals, both here and abroad in South Africa, Panama, Haiti, Germany, the Caribbean and the UK, among other countries. A native Brooklynite, she holds her M.F.A. in Creative Writing (Nonfiction) from Sarah Lawrence College, and a B.A. in English & American Literature from the College of Arts & Science at New York University. Effinger has conducted several live talks on jazz at Harlem Stage's Gatehouse. Most recently, venerated journalist Nate Chinen invited her to join a panel of esteemed music journalists at the annual WBGO/NPR’s Year in Jazz Critics Roundtable, which took place last December at The National Jazz Museum in Harlem. A full round-up and video footage of that live discussion can be found here: https://www.wbgo.org/post/watch-year-jazz-critics-roundtable-national-jazz-museum-harlem#stream/0. Earlier this summer, Effinger made her cinematic debut as a featured critic in the documentary UNIVERSE, the rediscovered orchestral suite by Wayne Shorter written more than 50 years ago for Miles Davis, and left unrecorded and largely untouched until now by Davis' protégé, the late trumpeter Wallace Roney. UNIVERSE will have its US premiere from November 11 - 19 at DOC NYC, the nation's largest documentary festival. Tickets can be purchased here: https://www.docnyc.net/film/universe/. 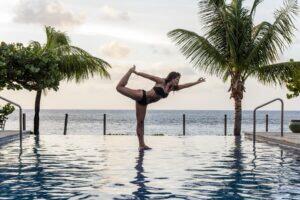 Find Restoration, Renewal, and Reflection at These 10 Caribbean Yoga Retreats

Find Restoration, Renewal, and Reflection at These 10 Caribbean Yoga Retreats