Bites Alana Al-Hatlani 10 Places in NYC You Can Get a Delicious Meal for Under $10
Home  >  Bites
PHOTO: Denny Culbert

The James Beard award-winner and "Top Chef" fan favorite’s experiences are reflected in her eateries.

St. Lucia, a small Caribbean island of roughly 184,000, is one of few countries to boast of two Nobel Prize winners and a Pulitzer Prize winner. John Compton, the country’s most renowned politician, became St. Lucia’s first prime minister following its independence in 1979. Now as a James Beard award-winning chef, Nina Compton furthers her dad’s rich legacy, instilling great pride in her native country as one of the rising Black culinary voices and restaurateurs in America. And her journey began at home.

“[There were] five children that my parents had,” recalled Nina Compton during a phone conversation in her kitchen at Compère Lapin, her popular eatery located in New Orleans’ Warehouse District. “That was very instrumental in my growing up—being with my family and my friends. My family was pretty much my backbone through everything. Growing up was about work ethic and treating people with respect, that was ingrained in me at a very young age.”

After finishing her secondary school education in England, Compton returned home and ultimately decided to pursue her passion and become a chef. Though hesitant at first, her parents supported her decision and made arrangements for her internship. While working at Sandals Montego Bay, Compton’s passion only grew from the camaraderie and expressiveness she had experienced working in the kitchen.

“I was still a very young, very eager chef trying to move up the ladder. I spoke with my executive chef at the time and asked him, ‘How do I move up? How do I make the next step?’ He said, ‘The next step for you is culinary school.’”

In pursuit of her dream, Compton ultimately eschewed the warm Caribbean weather and headed north to The Culinary Institute of America in Hyde Park, based in New York’s Dutchess Country. “That was a very instrumental part in the formal training of my career,” said Compton. “When you work in hotels and restaurants, you don’t know the foundation of cooking—the mother sauces, different cuts of meat—some of those things are either touched on or not touched at all. And I kind of want it to have the full scope of what it takes to be a chef.”

After graduating from the Institute in 2001, Compton’s first job out of culinary school was working alongside world-renowned chef and restaurateur Daniel Boulud at his namesake French flagship Daniel, located in Manhattan’s posh Upper East Side. She credits her time as a line cook with Boulud as invaluable to both her career and her life.

“Growing up in the Caribbean, being in the States for a short time, my plan was to go to school, work for a good chef, and then go home and eventually open a restaurant. But I said, since my time is so limited, I wanted to learn from the best. That was a very dramatic change for me—a very strict kitchen. But the message that was very clear was perfection or nothing. I was maybe 20, 21 years old, and to work in that kind of intense environment, kind of set the tone for the next couple of years of me being in the kitchen. It was a very structured kitchen, a lot of sous chefs, a lot of eyes on everything. I worked with some of the best people at that time—Alex Lee, Johnny Iuzzini—a lot of people came through the ranks in the kitchen, and I was around them.”

For many chefs working today, a great many of them came to national, even global prominence, following their stints on reality competition series like Bravo’s Top Chef, where Compton was runner-up on Season 11 in New Orleans back in 2013. This would prove to be especially true not just for Compton, but also helping to bring much-needed attention around St. Lucia and Caribbean fare in fine dining.

“I think that for me was making the move of taking a chance,” said Compton. “I’d never done TV before and my mom tried to discourage me. She said, ‘It’s too stressful,’ but I saw it as, ‘If I do well, I can put [St. Lucian] food on the map.’ And that was kind of my driving force of not so much me as a person, but me as somebody from St. Lucia that nobody knows what St. Lucia is. I wanted to let people know that, ‘Hey, St. Lucia is a beautiful Island, you have a lot of talents and the food is very interesting and you need to know about it.’”

Voted Fan Favorite during her season, the decision to open up her first restaurant in the Crescent City had yet to occur to her. “You know, when I did the show, that wasn’t really something that was on my mind,” said Compton. “It was more about doing the show and I think things were starting to unveil [themselves]. A lot of opportunities came through more than before—which were very overwhelming—but it was about making the next step that was favorable for me.”

One such opportunity was an invitation from Provenance Hotels, which led her to New Orleans where she would open Compère Lapin in 2015, her first solo restaurant located at the Old No. 77 Hotel & Chandlery. However, it was NOLA’s unpretentious beauty and charm that soon made the city her newfound home. Since its opening, Compère Lapin has garnered critical acclaim, including being named as Eater National’s “Best Restaurants in America 2017,” and a rave review in The New York Times. 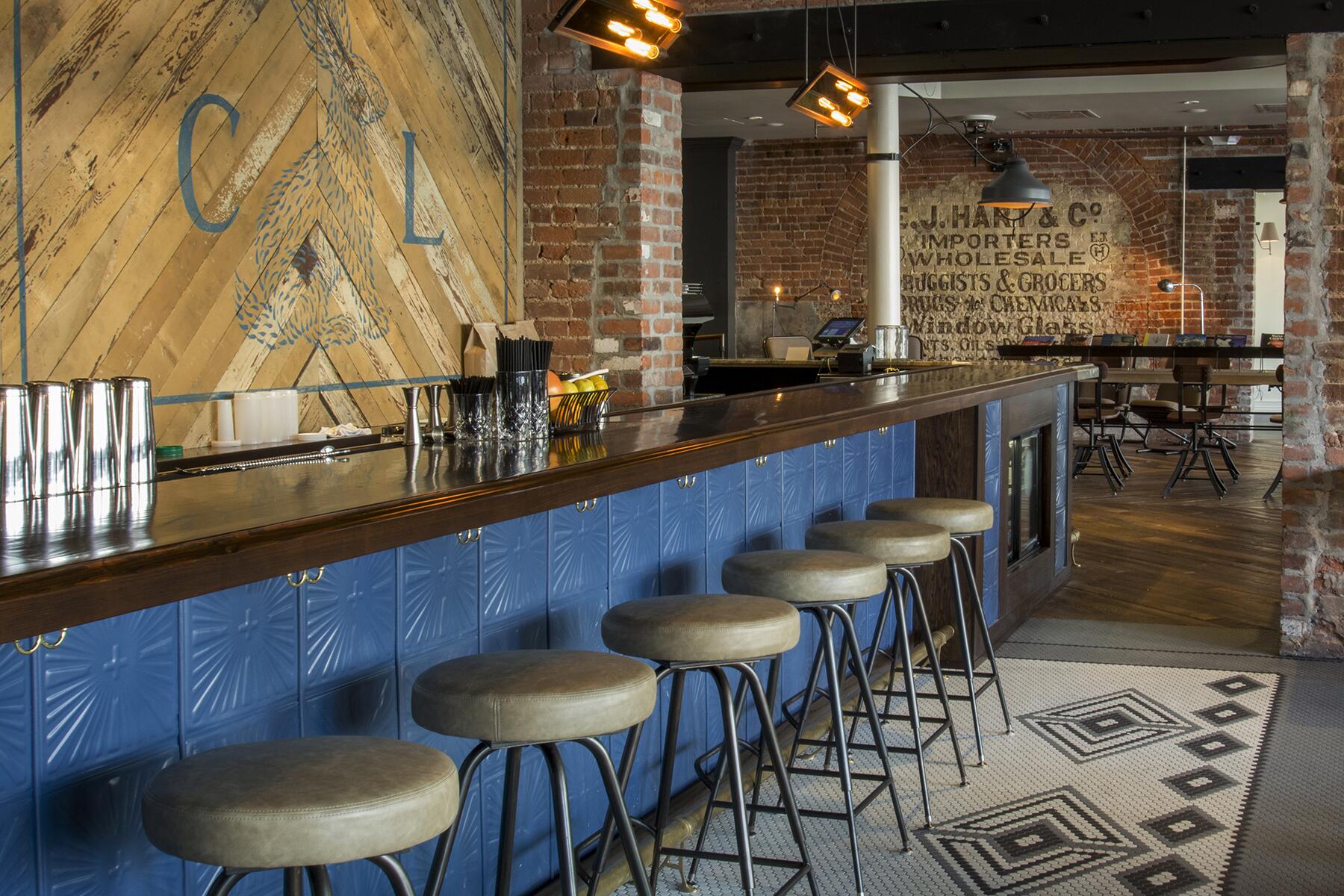 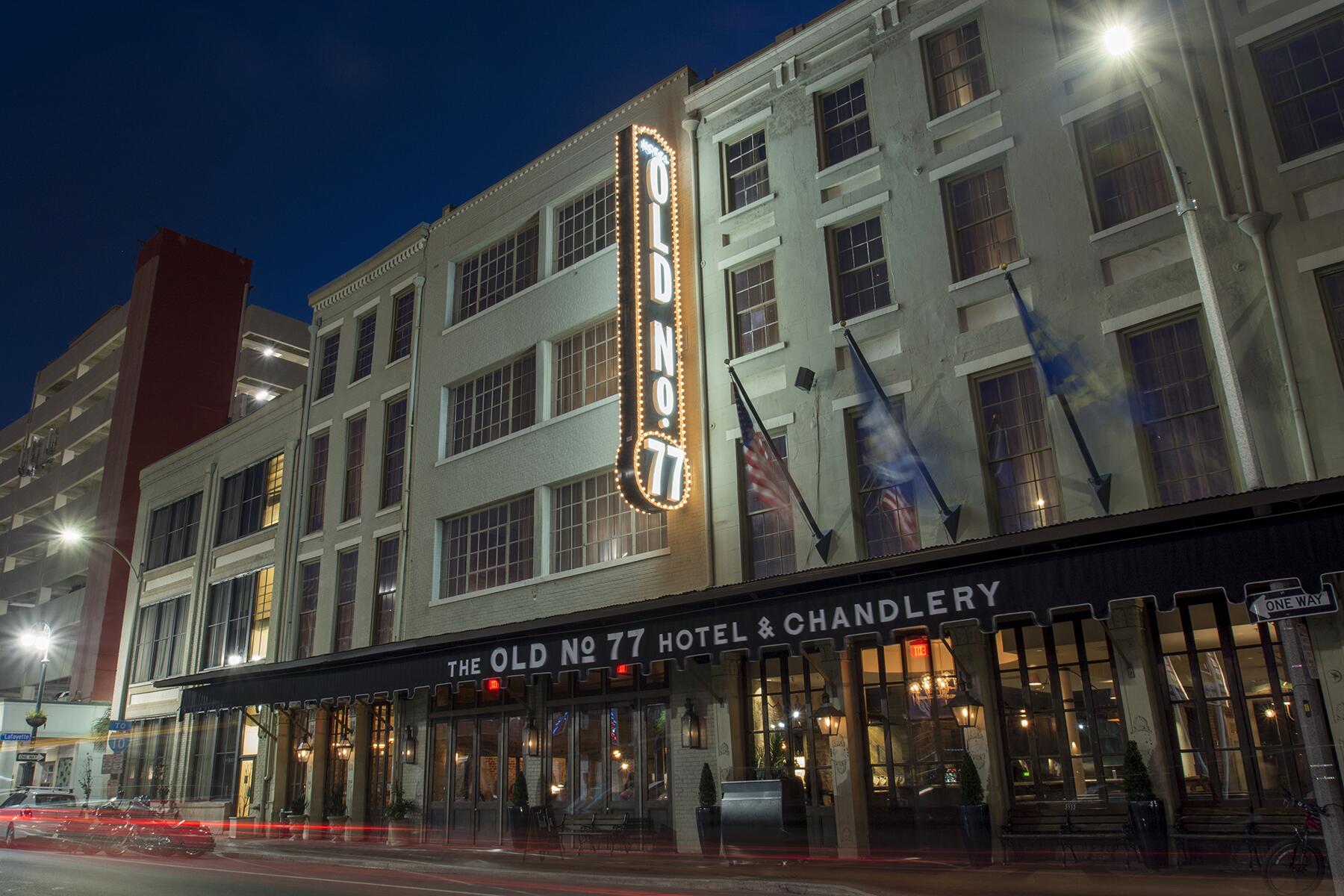 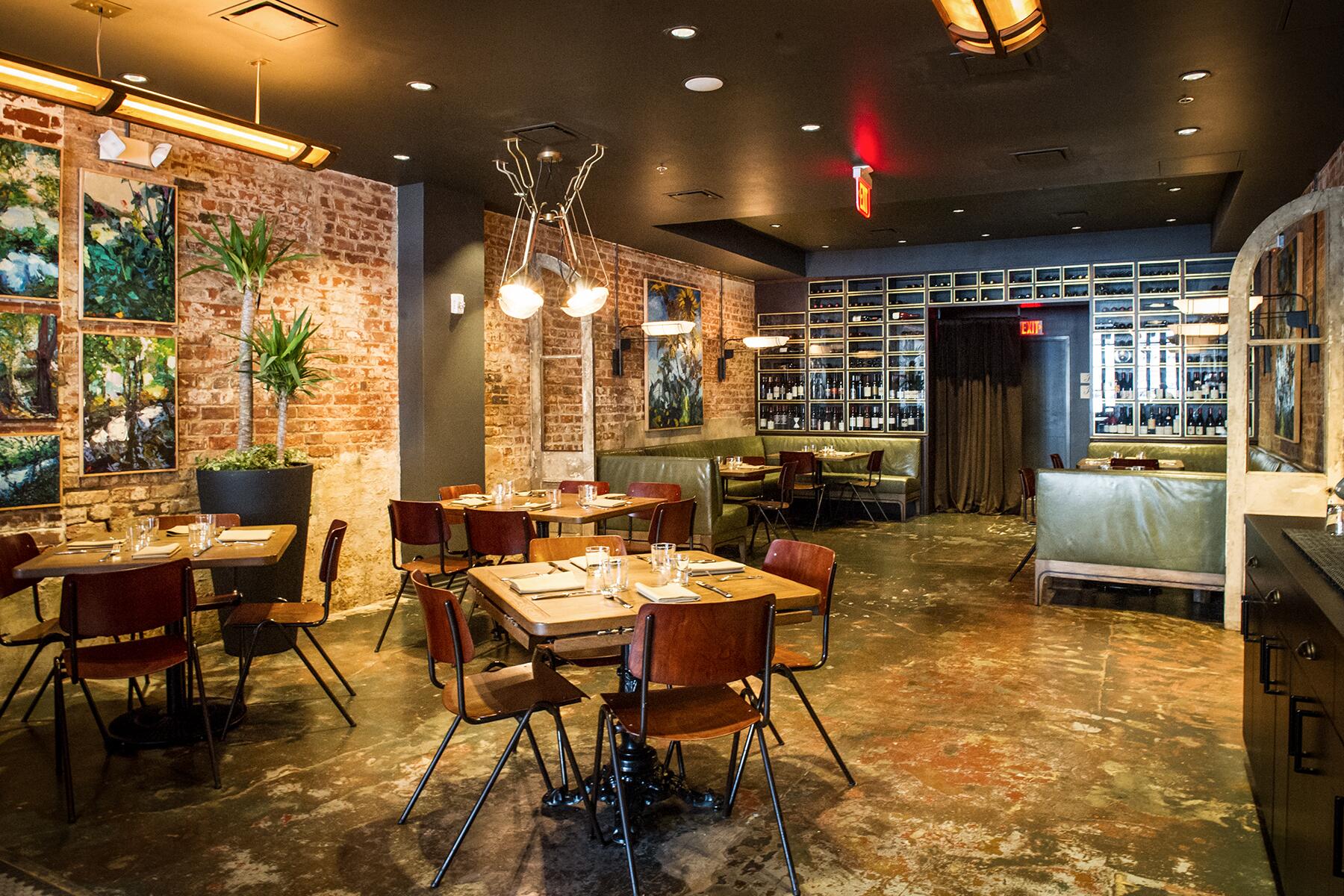 “When we got the phone call to [open] the restaurant in New Orleans, it was just an easy step for my husband and myself,” said Compton. “[We’d been] in love with New Orleans for a long time. And we just didn’t know how to make that step. Getting a phone call to open a restaurant was just a no-brainer for us.”

Three years later, Compton would open Bywater American Bistro in 2018, a more casual counterpart to her first restaurant. Each eatery, according to Compton, reflects her life’s journeys, and its many experiences and influences can be tasted in every morsel of food.

“Well, Compère Lapin was kind of a restaurant that was built around the journey that I took coming from Saint Lucia, living in Miami, living in New York, and then my final destination being in New Orleans. And it was kind of actually seeing a lot of that string through the menu. In my entire journey, you know, there’s a lot of Latin cooking, Italian, and there’s some French and [it’s] also very Caribbean in Compère Lapin.

“In terms of Bywater, that was more of a neighborhood spot,” Compton continued. “The food is very simple because we live in the neighborhood and we felt there was a void in terms of fun restaurants. And we wanted to open something that was not too fussy, but, if I was on my day off, I would come here for a glass of wine and the spaghetti.” 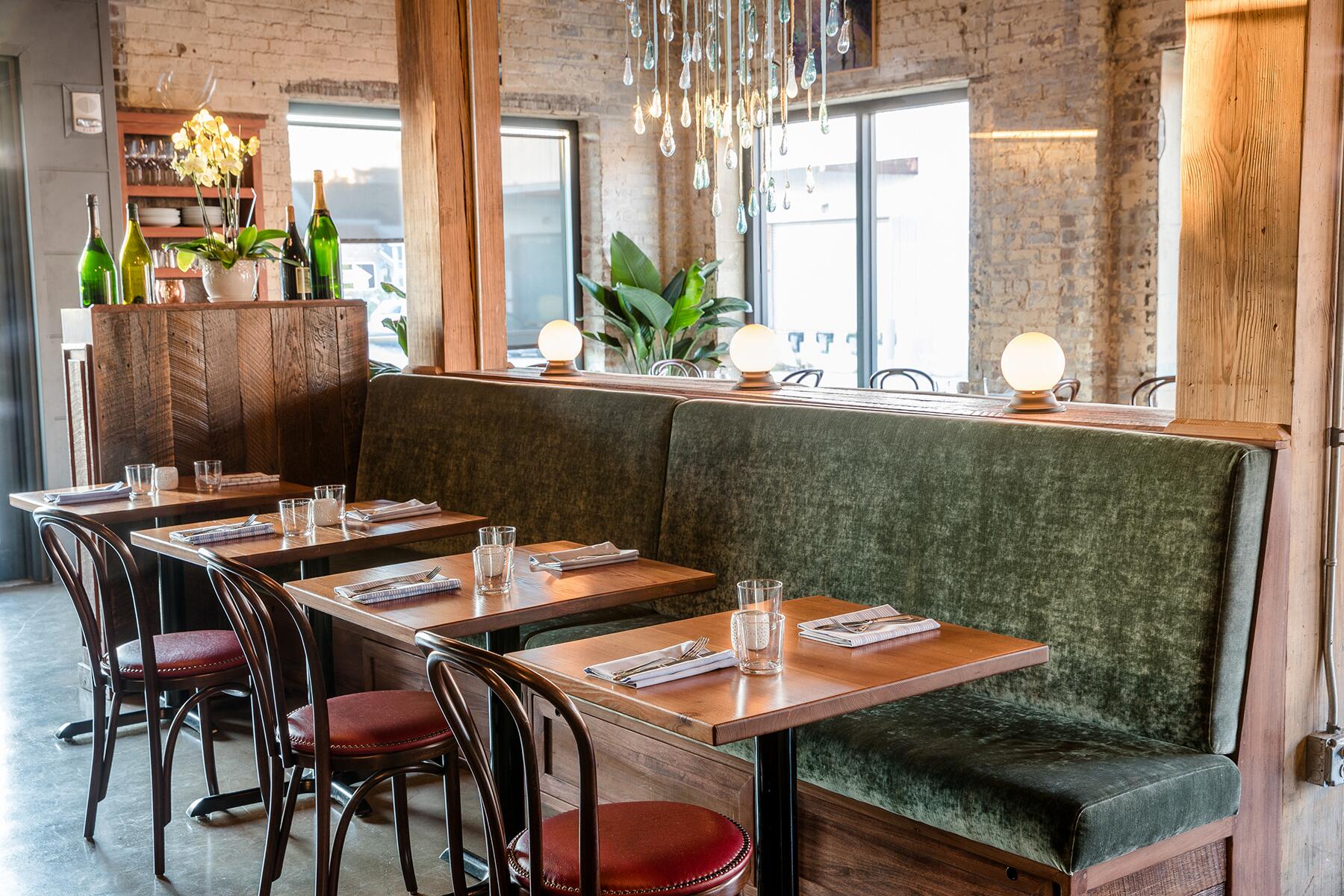 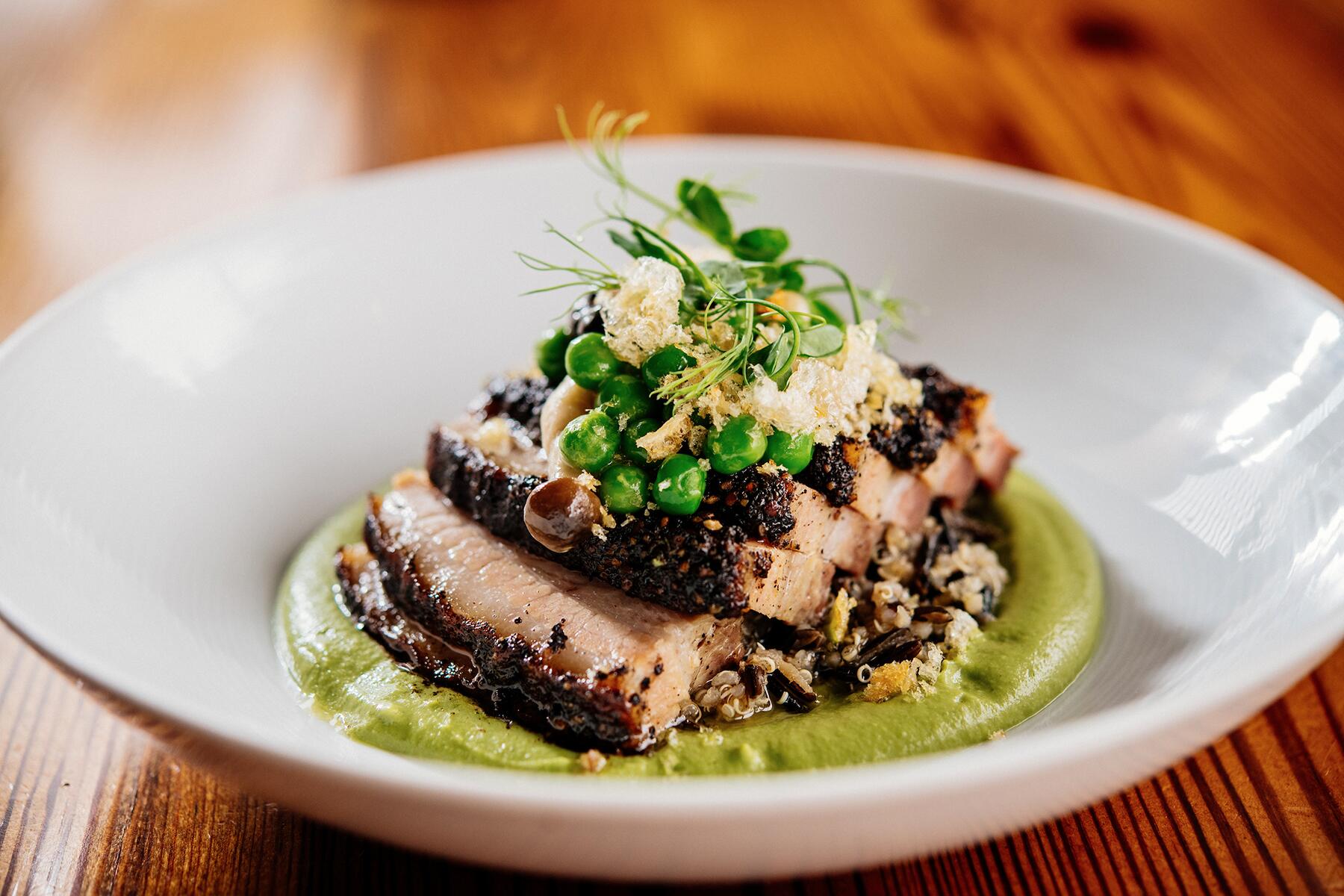 After we happily chart her career and journey to date, the conversation takes a slightly stark tone, as we’re now brought up through the present-day situation of a pandemic with no end date in sight. And for a city like New Orleans, that continues to heal after being ravaged by one natural disaster after another. Like most chefs across the globe, Compton has become an essential worker—a stalwart soldier against what, at times, feels like an unwinnable war.

“Well, I think the biggest thing is the uncertainty of when you have a restaurant, you kind of know the sequence and the way things are going to go—winter and springtime are our busy times, and then in the summertime, it slopes, so you know how to navigate that. Now we’re in late winter, in the middle of Carnival season, which is supposed to be very busy. Navigating the restaurants has been very difficult because you go from phase one to phase two, phase three, and then back to phase one. We just got into phase two a week ago.

“So you’re operating 50% and then at 25%, and it’s kind of scary watching what’s happening around the country. A lot of my peers in Los Angeles, New York, and Chicago, where there’s [been] no indoor dining and it’s takeout only, you know, people are still scared to come out.”

Aside from the uncertainty of the pandemic itself, the other known certainty we spoke on has been a lack of diversity and inclusion among chefs in fine dining. And while the current political climate has a lot to do with helping to change that, according to Compton, what it boils down to is giving women and female-identifying chefs a seat at the table—and in the kitchen.

When asked whether or not Compton has future culinary plans for her native St. Lucia, the possibilities are boundless. “I’m very proud of my Island. I try and give it the spotlight as much as possible and that has always been my journey for the past 10 years of being a known chef—that has always been my focus. Hopefully, eventually going back to the Island and giving more input, you know, whether it’s to a culinary school or consulting or something, but it’s always about uplifting that Island.”