Arts & Culture Laura Wheatley He Built a Temple Complex to Honor His Mother. What Are You Doing for Mother’s Day?
Home  >  Arts & Culture   >   Travel the World for a Song: Map Matches Locations to Music References

Travel the World for a Song: Map Matches Locations to Music References 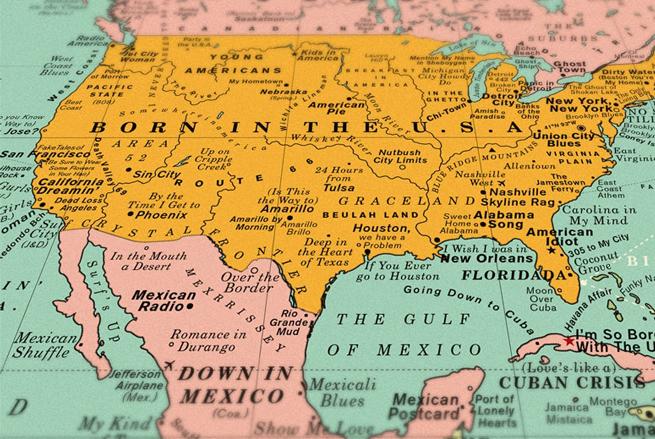 Dorothy, The London Studio responsible for “Alternative Love Blueprint,” a detailed diagram of alternative music and “Electric Love Blueprint,” which maps a history of electronic music, is back at it again, this time matching song references with geography in their “World Song Map.”

According to the designers, the map is “an imaginary world map where the continents, countries, cities, oceans, rivers and landmarks are made up from the titles of over 1,000 songs … loosely based on the style of a vintage 1950’s world wall chart.” 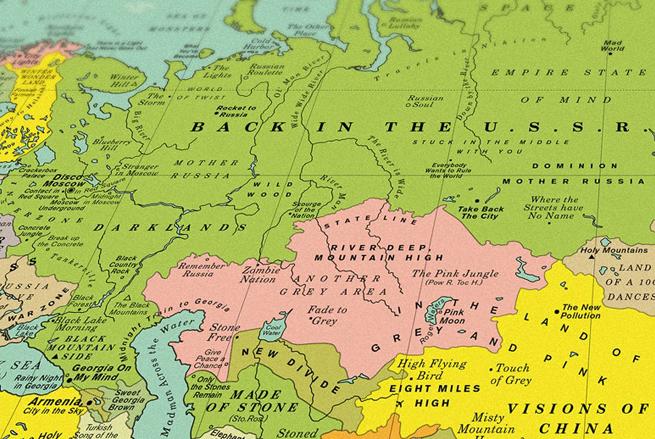 There are the obvious matches: The Beatles’ “Norwegian Wood,” Andrew Lloyd Webber’s “Don’t Cry for Me Argentina,” and The Vapors’ “Turning Japanese” jump out from their eponymous countries. But the subtler and sillier counterparts are there too: Lou Reed’s “(Walk on) The Wild Side” christens Tanzania, Jay-Z’s “Empire State of Mind” dubs Russia, and Yoko Ono’s “Walking on Thin Ice” titles Iceland. Spend hours getting lost and finding harmony where music meets place. 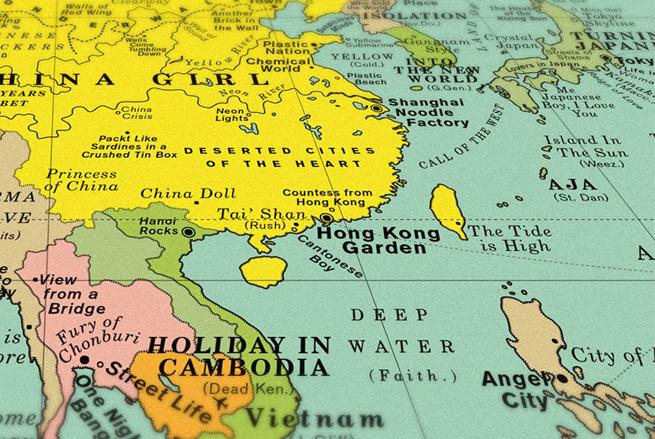 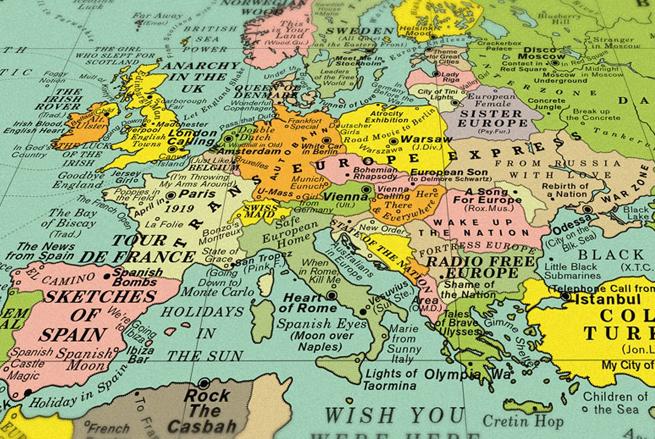