Transportation Apeksha Bhateja These Are the World’s 10 Longest Passenger Flights
PHOTO: HAV

The key to aviation’s future may lay in its past.

Seared into our cultural consciousness for over 80 years now, the dramatic flame-filled demise of the Hindenburg has felt like an epitaph for the concept of the airship ever since that tragic New Jersey evening in 1937. Until the events of 9/11, it was probably the most famous aviation disaster ever caught on camera, with the hysterical newsreel footage and shocking black and white photographs making their way around the world. And while airships (or blimps) can still be seen occasionally, they’re often in the rather genteel form of hovering and providing aerial views of live sporting events for television.

But—thanks to the advance of modern technology—it seems airships are on the verge of making a comeback as a serious form of transport. And, with that, they’ll be bringing an environmental awareness that could inspire further change in aviation as we look towards the future.

“Because of the very low net weight of the aircraft due to the lifting effect of the helium, to take quite a high gross weight over a long distance you’ve got very low fuel burn,” said Land. “So, without even particularly trying to be green or doing anything else, you have an inherently low carbon aircraft.”

“Without even particularly trying to be green or doing anything else, you have an inherently low carbon aircraft.”

Developed at the cavernous former-RAF hangars at Cardington Airfield, the Airlander 10 is the result of years of research and will be powered by a hybrid of four combustion and electric engines. That hybrid-electric power offers a 90% CO2 reduction compared to other aircraft. The goal, however, is to be fully electric by 2030 and offer a completely zero-emissions flight. The seriousness with which HAV takes their ambitions is laid out for all to see on their website— “Sustainability is no longer nice to have. It is a global imperative.”

With its high standard of comfort and minimal noise, the luxury travel market (carrying up to 20 passengers) will form part of the initial customer base, with a view to more commercial travel in the long term. And with an ability to take off and land anywhere, Airlander will be able to reach destinations almost as unique as the form of transport itself.

“You can use the aircraft basically as a floating hotel, taking people from very luxurious hotel resorts and getting to places that are really off the tourist beaten track,” said Land. “And the aircraft will be water landing capable. It means you can operate right into the heart of some cities, whereas most airports are way out of town.” 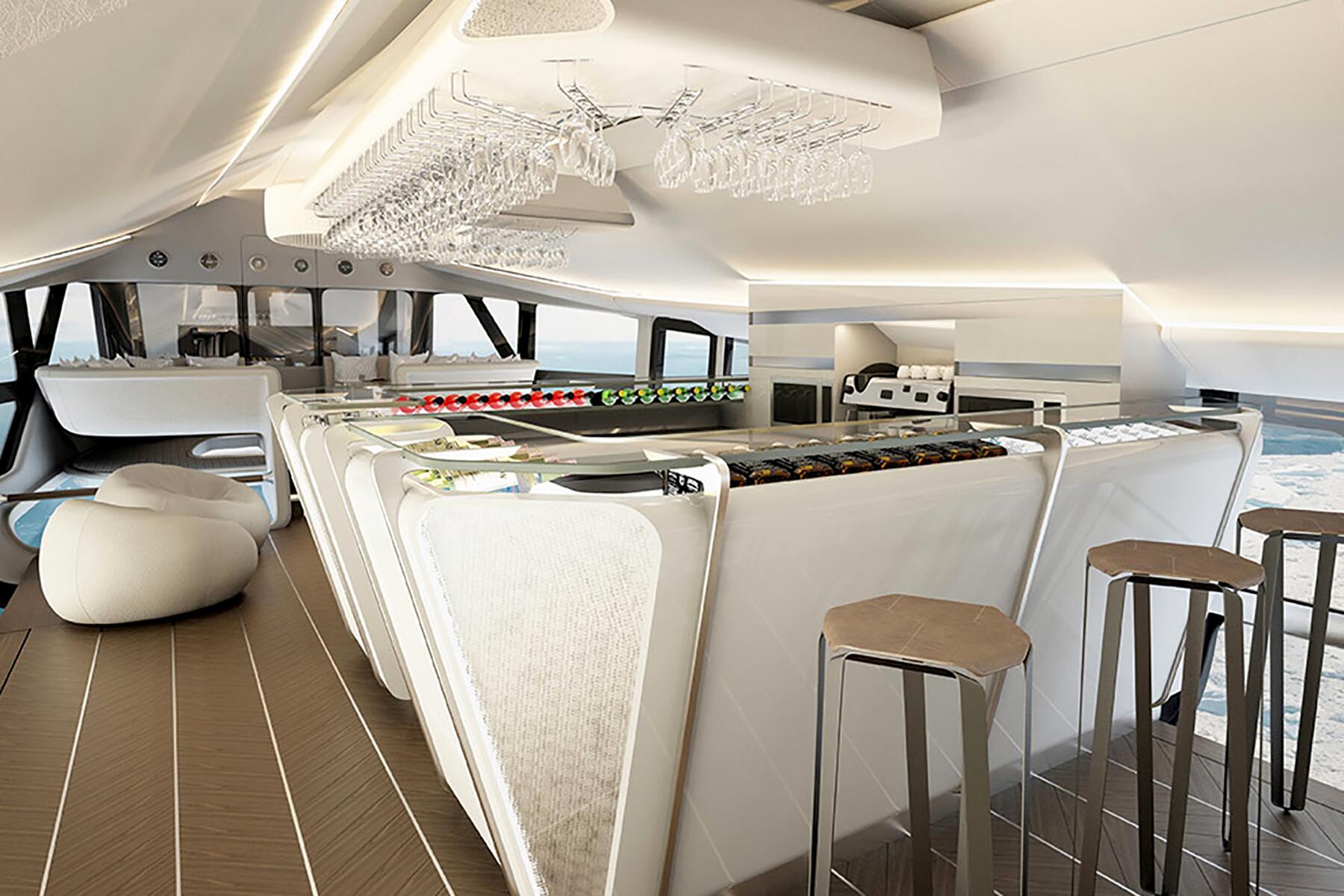 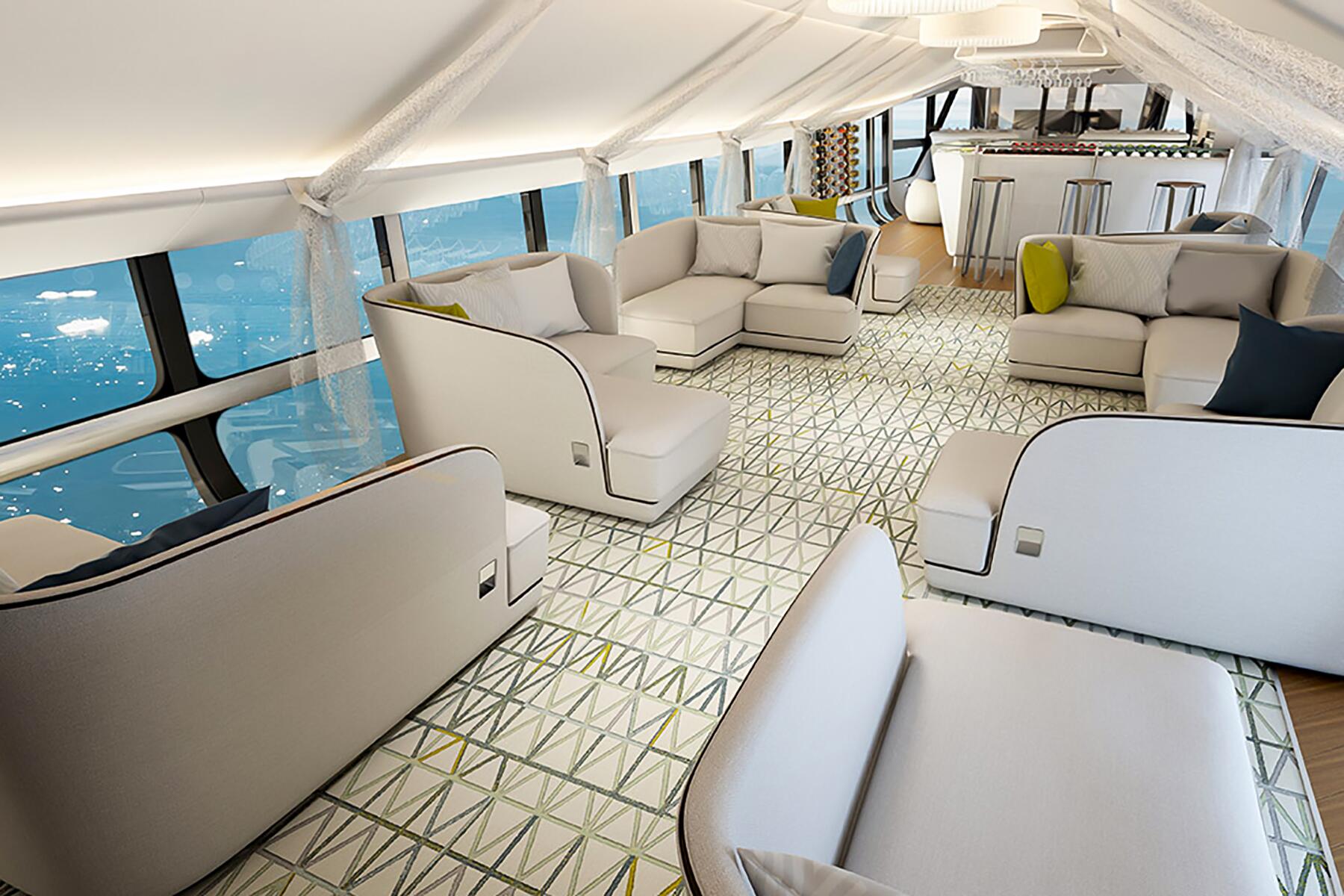 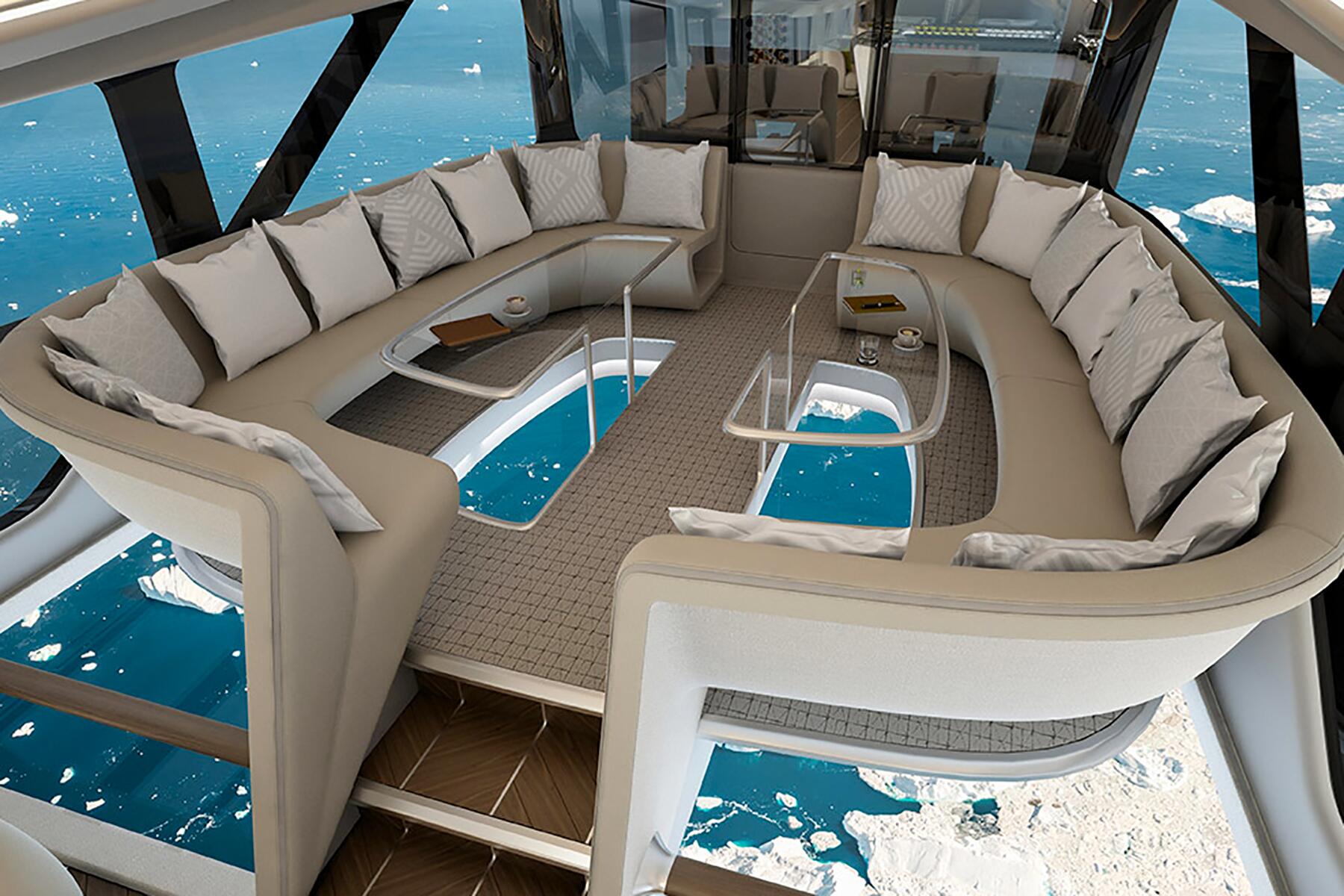 Even if the luxury market is out of reach for most people, the Airlander will be offering a solution that produces a fraction of the pollution that the sector would normally emit using more conventional forms of transport.

This new technology, however, is not just limited to the travel and tourism sector. And with the ability to access anywhere without the need for infrastructure on the ground, the airship has suddenly become a sustainable solution for cargo companies, with the ability to support isolated communities or even help out in humanitarian disaster situations.

“Today in our modern society, we cannot always build roads or train tracks in the forest through the trees,” said Romain Schalck, Communication Manager of French company Flying Whales. “It’s something that the society, collectively, doesn’t really accept anymore.”

With a huge 60-ton payload capacity and minimal ecological footprint, Flying Whales have developed a solution where they can provide help and resources to landlocked and hard-to-reach areas. Generating lift from helium gas and hybrid-electric propulsion, their 505-feet-long LCA60T airship will have a range of up to 621 miles (depending on payload weight). And like Airlander 10, they are aiming for full-electric power in the future.

“If you take 60 tons to be transported without any CO2 emission and also without impacting the local ground ecosystems, it’s a huge advantage,” said Schalck. “It’s not a magic solution but whenever humans are doing something, they have an impact. That’s a given. But we’re trying, as much as possible, to have the lowest footprint.”

The vast, remote expanses of Northern Canada is one area where Flying Whales will be operating, where there are minimal transport infrastructures and isolated communities. But because they can hover, they have no need to invest in ports, roads, and landing strips. Another region is the thick tropical forest of French Guiana in South America. So, for Schalck, more than anything, it’s an opportunity to change our attitudes.

“It’s not a magic solution but whenever humans are doing something, they have an impact. That’s a given. But we’re trying, as much as possible, to have the lowest footprint.”

“We are trying to develop this solution with the local government in French Guiana,” explained Schalck. “To avoid building roads and cutting into the forest. In the end, it’s a way to think [about] how to develop a society without doing the same stuff that we’ve done for decades and centuries now, such as building more roads and railways…We have to act differently, and my wish is that Flying Whales and this solution will be a symbol of that.”

“This is a tipping point for lighter-than-air technology at the moment,” said Land. “It’s been a dowdy technology in aerospace for the last 100 years nearly, but in the last 15-20 years what’s happened is that technical innovations have come along, that were theoretically known, but couldn’t be done. Until now.”

Are airships truly back to stay? It feels that way. And while it won’t feel real until we see the remarkable sight of them in the sky again, there’s hope that with their progressive attitudes to sustainability, others will follow where they lead.

The key is to have minimal He leakage from the lift bubbles to reduce amount of He top off. Actually millions of tonnes of He leak into the atmosphere from natural gas fracking and drilling operations as well as from volcanoes and geothermal power plants. As long as large amounts of actinide elements remain in crust and mantle of earth, the He would be essentially renewable. It is a matter of trapping and storage of He with minimal leakage. These airships are absolutely beautiful and with He could be very safe. Of course, adverse weather can affect their flight characteristics and capabilities. The gondola units for people could be equipped with parachutes and retro rockets to permit the gondola to be detached and safely landed if there were a catastrophic failure of lifting unit. I would love to fly on a really big airship. I have flown on tiny Goodyear blimp. Was really cool.

Helium is not renewable, and global supplies are depleting.

Very true, I was wondering the same thing.  I thought we were coming up on a global helium deficit?

Past-tense. They just found 54 billion cubic feet in Tanzania, and now they know how so there may be much more.

Sign me up. Always wanted to travel in one.