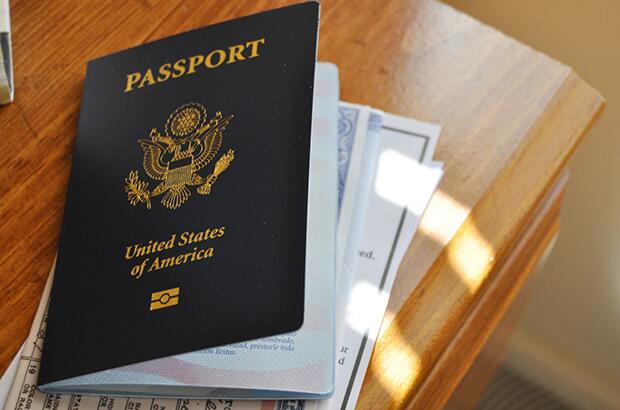 It's every passenger's responsibility to have proper identification and documentation.

Be sure to read the fine print when booking; most travel agents know the specific requirements and can guide you to the proper agencies to obtain the documents you need if you don’t already have them. However, if you arrive at the port without the necessary travel documents, you will not be allowed to board your cruise ship, and the cruise line will not issue you a refund.

Documents You Need to Cruise

Nearly all cruises that sail to international destinations require passengers to have passports to travel. We recommend that all travelers going on any cruise outside the United States carry a valid U.S. passport. However, there are some limited exceptions for American citizens on cruises that both begin and end in the same U.S. cruise port (called “closed-loop” cruises).

Cruising to the Bahamas, Bermuda, Mexico, and the Caribbean

While all cruise passengers must have proof of identity and citizenship, U.S. citizens traveling to ports in the Bahamas, Bermuda, Mexico, and the Caribbean who begin and end their cruise in the same U.S. port may not need to carry a passport. Indeed, there are three other ways to prove identity and citizenship for these cruises.

First, you may be able to use a combination of a government-issued photo ID (such as a driver’s license) along with proof of citizenship (such as a government-issued birth certificate with official seal). Second, you could present a U.S.-issued Enhanced Driver’s License (EDL), which denotes identity and citizenship. Third, you could use a U.S. passport card, which is about half the cost of a passport, but which only allows you to travel by land and sea (passport cards don’t permit international air travel). But always ask your travel agent or the cruise line to verify current polices, which can change. Flights to Puerto Rico and the U.S. Virgin Islands from U.S. airports are not considered international travel, but flights to countries like Barbados and the Dominican Republic are international.

Cruising to Alaska and Canada

Although Alaska is part of the United States, many Alaska cruises—particularly those that begin or end in Seattle—make interim stops in Canada, so passengers on these cruises must have documents that prove both identity and citizenship. If your cruise begins and ends in the United States (e.g., Seattle to Anchorage), then a government-issued photo ID and birth certificate, an EDL, or a passport card is acceptable in place of a regular passport. However, some cruises to Alaska begin and/or end in Canada, typically Vancouver. In these instances, you’ll need a regular U.S. passport to fly into or out of Vancouver. Cruises in the northeastern U.S., typically during the fall foliage season, also call in Canada and have the same requirements.

If your cruise begins or ends in any foreign country, you’ll need a regular U.S. passport.

Getting or Renewing a Passport or Passport Card

Before any cruise, check your passport’s expiration date, and, if necessary, renew it as soon as possible. If you don’t have a passport, then apply for one. The process usually takes at least six weeks and can take longer during very busy periods, so you need to do this as far in advance of your cruise as possible. Expediting services are also available if you are short on time, but they are expensive.

A cheaper alternative to a passport is a passport card, which is half the cost of a regular passport. Just keep in mind that this card is not valid for international air travel, only for U.S. border crossings by land and sea from the Bahamas, Bermuda, Mexico, the Caribbean, and Canada.

Permission Letters and Documentation for Minors

Often, single parents or grandparents want to take their children or grandchildren on a cruise; it’s also not uncommon for parents to invite friend of their own kids to sail along. An often-overlooked requirement, however, is a notarized letter of permission, which is usually required anytime a minor under 18 travels to a foreign country with anyone other than both of his or her parents. The absent or noncustodial parent (or parents) must usually give explicit written permission for their children to travel outside of the United States.

Airlines, cruise lines, and immigration agents can—and usually will—deny minor children initial boarding or entry to foreign countries without proper proof of identification and citizenship, and a permission letter from absent or noncustodial parents. This requirement would apply to any single (divorced, widowed, or simply married-but-solo) parents, grandparents, relatives, or family friends taking children on a cruise. Many cruises have been spoiled because groups arrived at the dock or the airport with the kids, but without a letter of permission. (Or at the very least, there’s been a lot of anxiety waiting for faxed letters to arrive at the last minute.)

Proof of identity and citizenship is rather straightforward: you need either a certified copy of a birth certificate or a passport for the child (photo ID may also be required for kids ages 16 and older). The permission letter is a bit more vexing because most people aren’t aware of the necessity to have it, let alone what it should include. An attorney could prepare a formal affidavit, but a simple letter-style document is adequate as long as it’s signed before an authorized notary. To be acceptable, it should include specific details about the trip, the custodial adult(s), and the child(ren).

Why You Should Never Cruise without a Passport

You’ve probably never heard of it, but you should know the basics of the Passenger Vessel Services Act—a somewhat confusing maritime law covering the transportation of passengers between U.S. ports by sea. Meant to afford preferential treatment to U.S. vessels over foreign-built or foreign-flagged ships, the law affects the cruise industry, since nearly all major cruise ships, in their money-saving efforts, fall into the foreign category. The law effectively prohibits any foreign cruise ship from sailing exclusively between U.S. ports, without first stopping in a foreign port. As a result, nearly all cruises leaving from a U.S. port will have to incorporate foreign ports of call in their itineraries, by law. Not only does this explain why the majority of cruise itineraries from the United States include international components, but the law also becomes important to cruise passengers under a few special circumstances.

Though your cruise may be sailing to a foreign port, you could be on an itinerary where a U.S. passport for travel is not required by law (a so-called closed-loop cruise that begins and ends in the United States). However, without a valid passport in hand, you risk facing significant delays and complications should you need to disembark in a foreign port early (should, say, the need arise to fly back to the United States due to an emergency). Likewise, should you miss the scheduled cruise embarkation from a U.S. port, you wouldn’t be able to make arrangements to fly out to meet your ship at its first international port of call without a passport.

The other notable effect of this law arises when travelers attempt to embark or disembark the ship in a secondary U.S. port of call, before the ship has had the opportunity to visit a foreign port. So, for instance, if a port call in Key West was to immediately follow an embarkation from Miami, the cruise lines would be subjected to hundreds of dollars in fines (which would then be passed on to you) should you have to disembark or embark in Key West before the ship first traveled to a foreign destination. Some cruise lines will allow passengers to pay the fine in these cases, though some might not allow it all, so prepare and plan according to your cruise line’s policy. 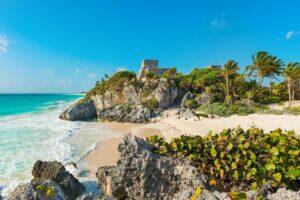 Mexican Caribbean vs. Mexican Riviera: Which Destination Is Right for You? Kristine Hansen 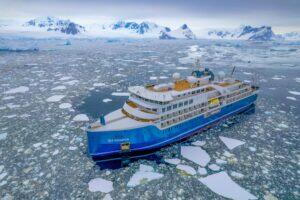 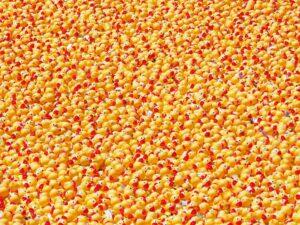 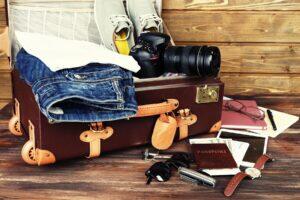