In recent years, an astonishing number of cruise ships and riverboats have made their debut. But the frenzy to build the largest, most innovative, or poshest vessel isn’t over yet. A number of fantastic new ships will premiere throughout 2014, and here are a few of the standouts we're looking forward to sailing on soon. 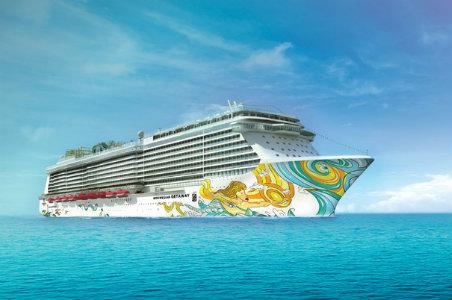 The Norwegian Getaway, sister ship to last year’s hit debut Breakaway, starts sailing out of her homeport of Miami this February. One of the most exciting spots on this 3,969-passenger, family-friendly ship is the three-story Sports Complex that highlights a rock-climbing wall, bungee trampoline, climbing cage, elevated ropes course, and Aqua Park with five water slides and two pools. Foodies will also revel in Getaway’s offerings like a trio of dining spots—Ocean Blue, Ocean Blue on the Waterfront, and The Raw Bar—from celebrity chef Geoffrey Zakarian and Carlo’s Bakery from Buddy Valastro, aka the “Cake Boss.” NCL also brings the Grammy Experience to sea with live performances by past Grammy winners and nominees. 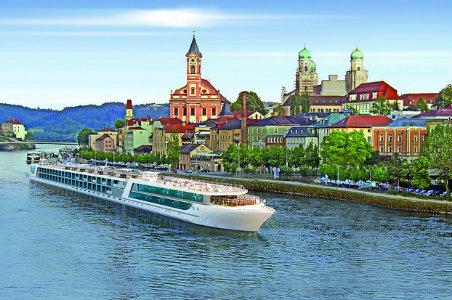 It’s not every day that a new river cruise company comes along. In fact, Emerald Waterways is the first such entrant into this field in six years. The line launches two ships this spring: Emerald Star and Emerald Sky. Both vessels will accommodate 182 guests in 72 suites and cabins. That includes two staterooms designed exclusively for solo travelers. A standout on these ships is the swimming pool that converts into an onboard cinema.

If you pay attention to the river-cruise market, you know that Viking River Cruises has grown its fleet tremendously over the past few years and, between March and July, the line will launch 14 new Longships. That’s a total of 30 new Viking riverboats in just a three-year period. Cruisers have fallen in love with the Longships' design due to the all-weather, indoor/outdoor Aquavit Terrance featuring retractable floor-to-ceiling glass doors, and the ships’ spacious staterooms and suites with full verandas. Those who care about sustainability like the fact that the ships have onboard solar panels, hybrid engines, and organic herb gardens. 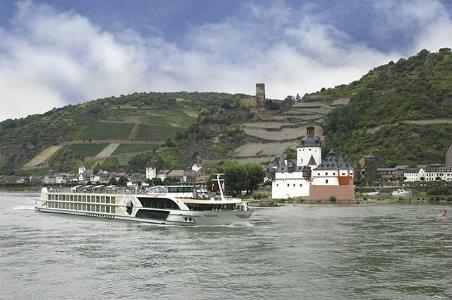 On the horizon are two new ships that will comprise Tauck’s Inspiration Class: MS Inspire and MS Savor. These 443-foot-long riverboats will carry approximately 130 guests each in a variety of suites. The most ingenious floor plan is the lower deck loft cabin that features a raised seating platform and picture window. The layout effectively breaks up the room into separate living spaces while providing a large amount of natural light into these cabins. Of special note is the fact that Tauck is waiving the single supplement for all category 1 cabins on its European river cruises (no matter which ship you sail) this year, making now the perfect time to give Tauck a try.

Cruise line Princess Cruises got a lot of attention last year when it unveiled Royal Princess, and this year it's sister ship Regal Princess’s turn. The 3,560-passenger ship shares some attributes with her sibling, including the over-water SeaWalk, a glass-bottomed walkway extending 28 feet beyond the edge of the ship. Another feature that’s sure to be a hit are the private poolside cabanas that appear to be gracefully floating on the water.

QUANTUM OF THE SEAS 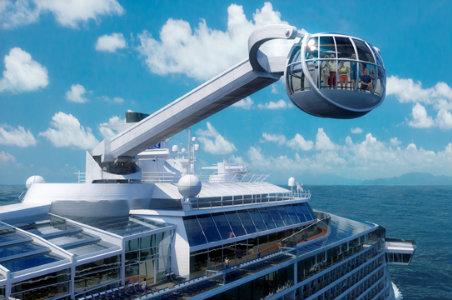 Cruise ship Quantum of the Seas from Royal Caribbean will set the standard when it comes to cruise-ship-cabin design. This 4,180-passenger vessel will include 373 Virtual Balcony staterooms that use technology to provide guests with an expansive, real-time view of the ocean, up to 16 Family-Connected staterooms, as well as 12 Studio staterooms with balconies and 16 Studio interior staterooms exclusively for single travelers. This is a ship for active travelers: SeaPlex, a massive indoor recreation area, features things bumper cars, rolling skating, and even a circus school with a flying trapeze. Royal Caribbean is also the first cruise line to bring the skydiving experience to sea with its RipCord by iFly adventure. Likewise, the North Star jewel-shaped glass capsule is a feat of technology that brings guests 300 feet in the air so they can enjoy breathtaking 360-degree views.