Airports
The 101 Most Incredible Hotels in the World2020AirlinesInfluencersTravel Tech & GearCruises 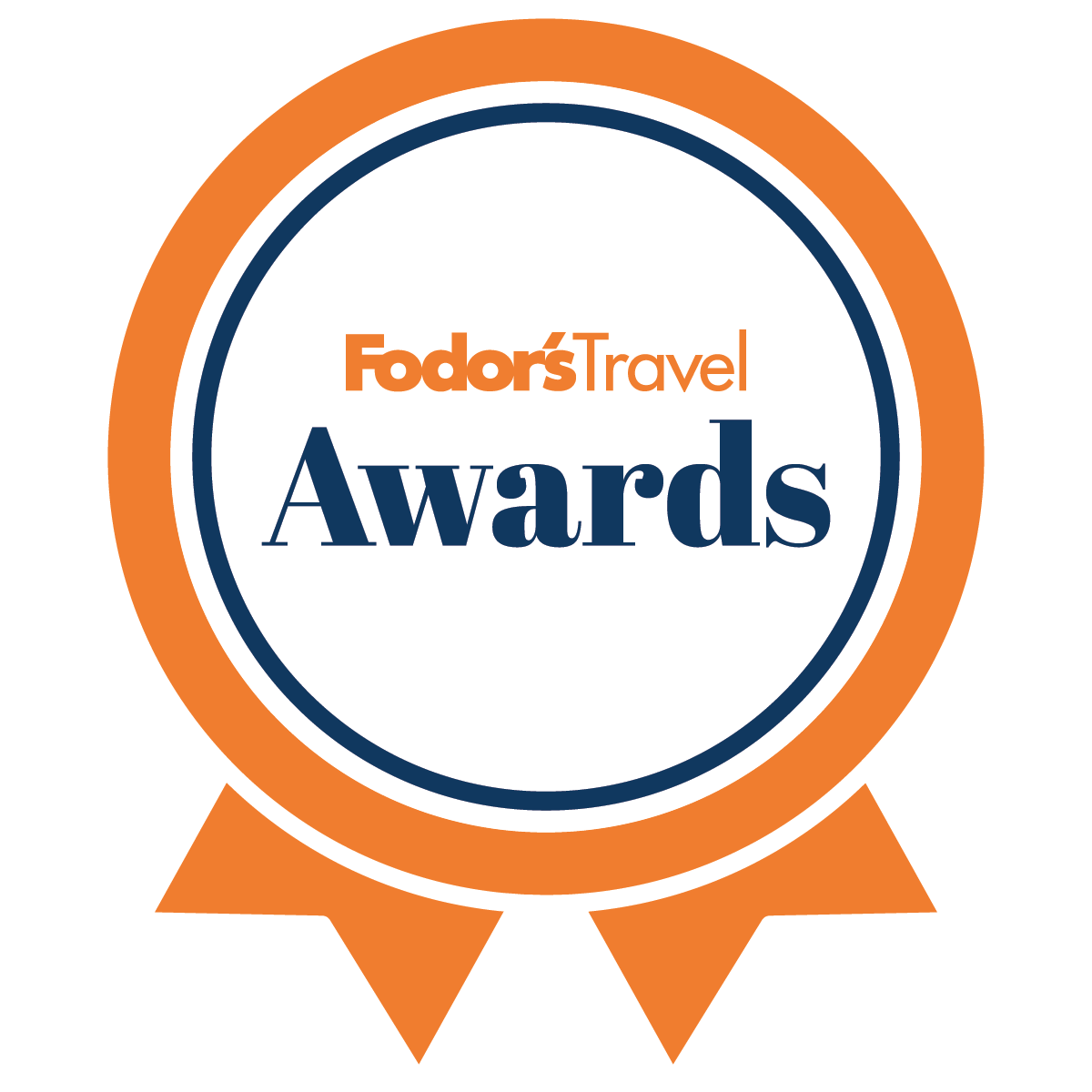 Not all airports are created equal. While they’re all designed to get us where we’re going, some simply do a better job than others. This year, we’re giving Fodor’s Awards to hubs with the coolest amenities in the world: movie theaters, giant waterfalls, spas, rare cocktails, and other perks that have changed the concept of what an airport can be. These are the airports that make us look forward to hitting the road long before we get to our destination.

When you fly to a city like New York or D.C., you choose an airport based on location, quality, and the amount of added time airport shenanigans add to your travel plans. In Los Angeles, you also have a choice: between the behemoth time-suck that is Los Angeles International Airport (LAX) or the straightforward, shenanigan-free experience that is Burbank airport.

There’s plenty of affordable parking (as low as $10 per day!) with easy, quick shuttle access to the airport; only two, easily navigable terminals that are a short walk from airport security, and a Metrolink Station within walking distance of the terminals (in contrast to LAX’s nightmare of shuttles and transfers that will eventually take you into the city).

There’s also great food here. With food and drink venue names like “Bar” and “Lunchbox,” consumers are free from the super-gimmicky overpriced airport standards and ubiquitous fast food chains—but if you do insist on standard sub-par airport cuisine, Guy Fieri’s Burger Joint resides in Terminal A. But at Burbank, you don’t really need to rely on available food options. The airport is so hassle-free, so there’s no need to arrive hours before your flight takes off.

Burbank also has an added bonus. If you’re visiting the L.A. region, you’re probably in closer proximity to the stuff you actually want to see. Downtown L.A., Hollywood, Santa Monica, Beverly Hills, Universal Studios, and more of the city's best attractions are all easier to reach from Burbank than its neighbor LAX. 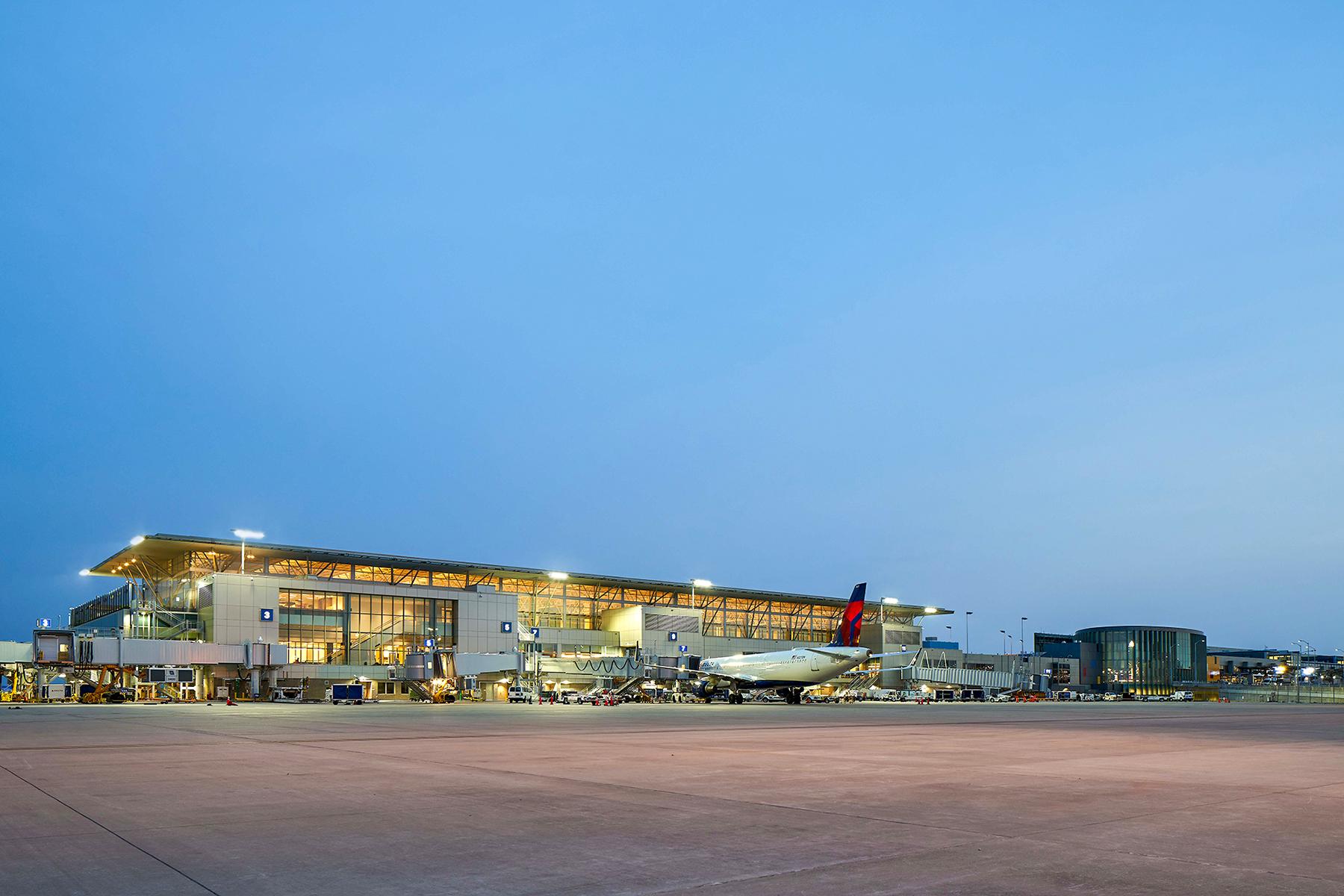 A delightful extension of the city itself, Austin-Bergstrom International Airport (AUS) keeps it weird. Restaurants are mostly local offshoots (not national chains) and include iconic Austin foodie favorites such as East Side Pies, Saxon’s Pub, Salt Lick Barbeque, as well as various local taco and coffee kiosks, in case you didn’t get to try everything while you were in town. Live music plays at different “stages” throughout the airport in the afternoons—check out the lineup of local musicians here—and the airport's Changing Exhibits program features a rotating schedule of art, history, and culture displays, in case you aren’t in the mood for shopping. And with a city that just keeps expanding and getting cooler, the airport's 2040 plan to add up to 32 more gates should keep its low-key, easy to navigate, quick-through-security cool vibes in check with even more options for flights.

Singapore Changi Airport (SIN)
If you’ve ever visited Singapore Changi Airport (SIN), this victory should come as no surprise to you. Consistently reigning as the world’s top airport, Changi features an incredible array of amenities and is constantly developing, improving, and innovating. Not only does Changi offer a world-class shopping experience and a delectable selection of international cuisine, this year the airport has a new high-concept addition that has put this airport on the top of everyone’s list.

Created out of the necessity of expanding Terminal 1, Jewel Changi includes walk-through gardens, interactive exhibits, sky nets, and the two best kinds of mazes: hedge and mirror. Select flights are available for early check-in so that passengers have even more time to spend exploring Jewel, which is always open. As far as airport standards go, Changi has exceeded them time and again. 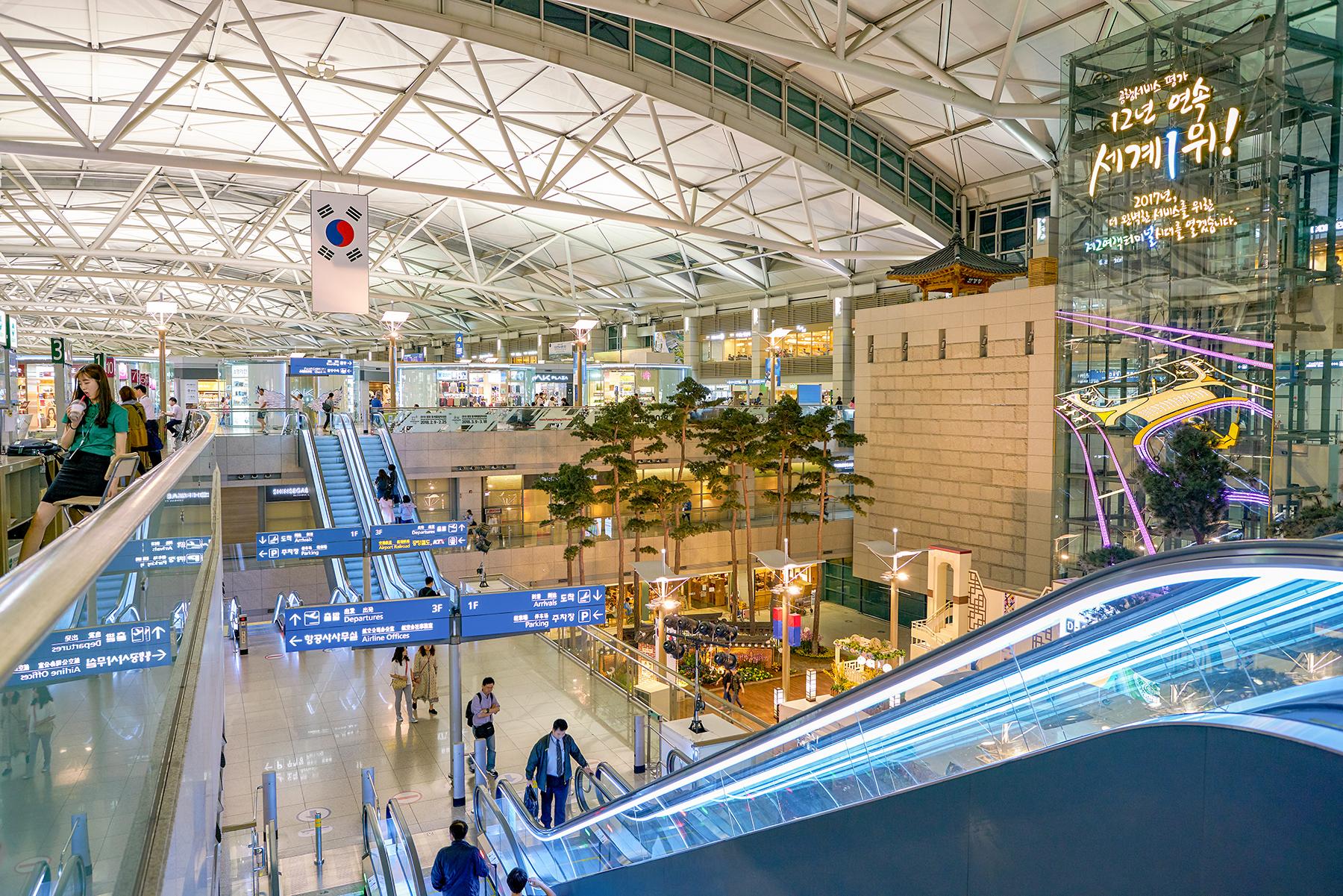 If Changi didn’t exist, Incheon would probably be the most mind-blowing airport in the industry. For travelers with serious layovers, Incheon provides some of the best relaxation and time-killing options out there. Not only are there shops, cafes, and even a couple of medical clinics to visit if necessary, Incheon features seven relaxing indoor gardens as well as a landside ice-skating rink. If you’re headed landside anyway, you could also check out the nearby associated golf course for a round between flights. For travelers with only a few hours to kill, head to the numerous energizing or relaxation centers; these lounges were designed to help effectively pass time, whether it’s getting your blood pumping or catching some shut-eye.

The Best Airport for Shopping

London Heathrow Airport (LHR)
Hustling through Heathrow is a bit like power-walking through a busy shopping mall. It’s obvious why Heathrow comes out on top for airport shoppers: the sheer number of shops on site is staggering. On top of that, the variety is great. There’s a shopping experience for every passenger on every budget. Heathrow spans the spectrum from corner shop convenience to trendy designer products, including British brands like Mulberry and Paul Smith. As an added bonus, passengers can reserve products online before their flight for quick pick-up en route. Heathrow is enticing for a good window shop if you’ve got the time, but if not, it’s easy to grab and go. Located just south of downtown Tokyo, Haneda services Greater Tokyo alongside its sister airport, Narita. It has 30+ diverse shops and an impressive array of products making it a world-class shopping mecca. However, the real draw of Haneda is the selection of Japan-specific shops. Pop into Hello Kitty Japan or the Character Shop to stock up on products featuring the world’s most beloved animated characters, play with slot cars at the impressive circuit course inside the Hakuhinkan Toy Park, or enhance your aesthetic with products from Kiri, the Japanese design store. With its wide range of shopping options, Haneda is popular with all ages and styles.

The Best Airport for Foodies

Newark Liberty International Airport (EWR)
If you haven’t traveled through Newark Airport in a while, it may come as a surprise that we've named this as the best airport for food lovers. But dining here has come a long, long way. Today, all of Newark’s terminals have world-class cuisine. But, terminal C has become one of the best pre-flight places to eat bar-none. Here you’ll find restaurants starring dishes from some of the best chefs serving New York City, including Alain Ducasse and Dale Talde. 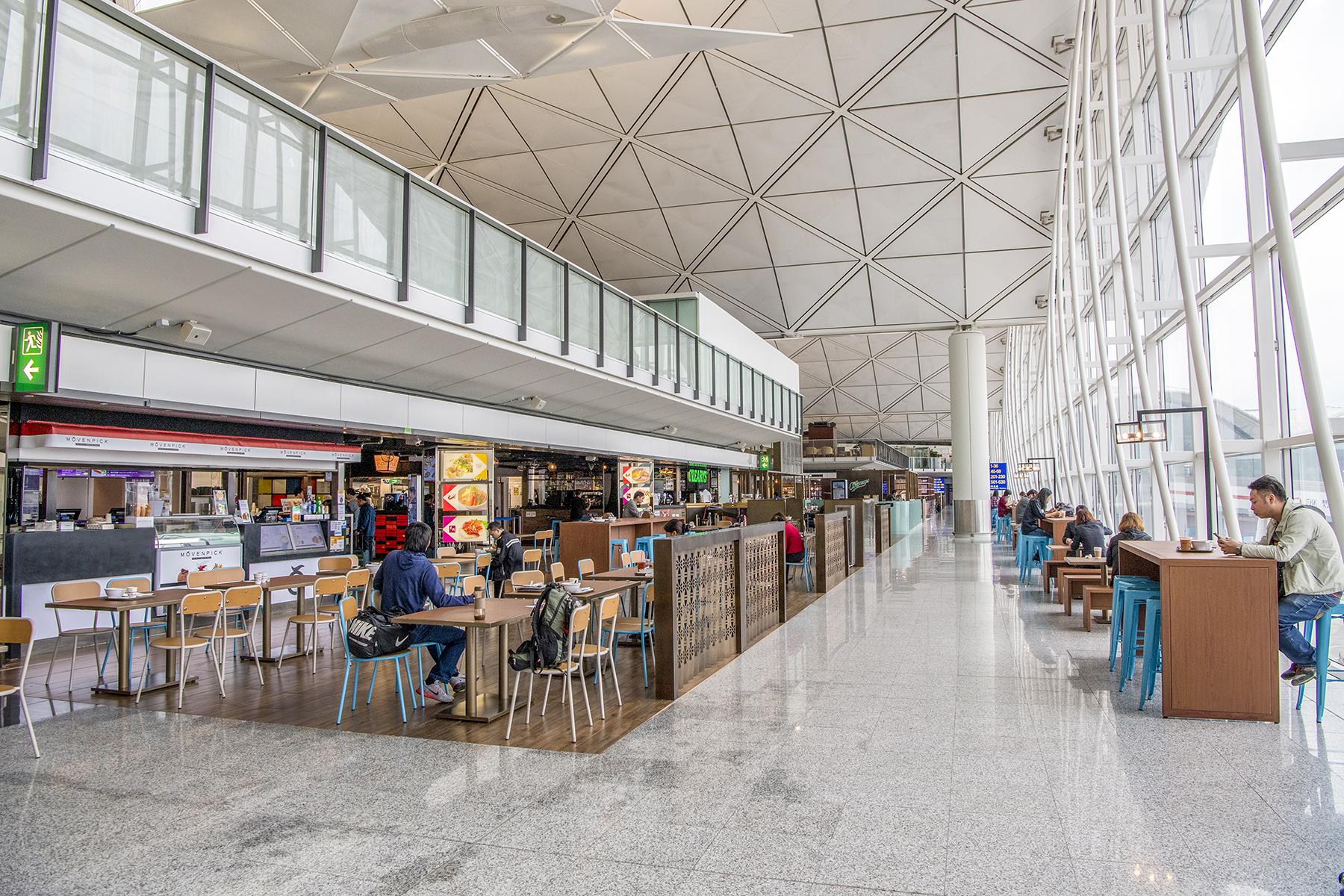 Hong Kong has some incredible street food, and that vibe doesn’t end when you get to the airport. First of all, no matter when you arrive, you can chow down. One of the best parts about Hong Kong airport is that some of the restaurants are open 24 hours, so no matter what time you get there, amazing food is waiting. If you have a long layover, you can sample some of the region’s best food without ever stepping foot out of the airport. We recommend starting with the roasted pork belly—a Cantonese favorite—at the famous Tai Hing. Then, if you still have room for a snack (or four or five), head to Street Food MIC by Alvin Leung located in Terminal 1.

Jackson Hole Airport (JAC)
Jackson Hole Airport may be small—boasting a grand total of nine gates—but the impression it makes sure is mighty. Being the only commercial airport located inside a national park (Grand Teton) certainly helps. When you arrive, you’ll be greeted by breathtaking views of the Teton Range. And when it’s time to go home, you’ll be sent off by the same gorgeous mountainscape, but this time you’ll be taking them in from the gate area while you’re hunkered down in deep, leather chairs and basking in the glow of a roaring fireplace. Whether you’re en route to the rodeo or the slopes, Jackson Hole’s airport is sure to be one of the highlights of your journey. 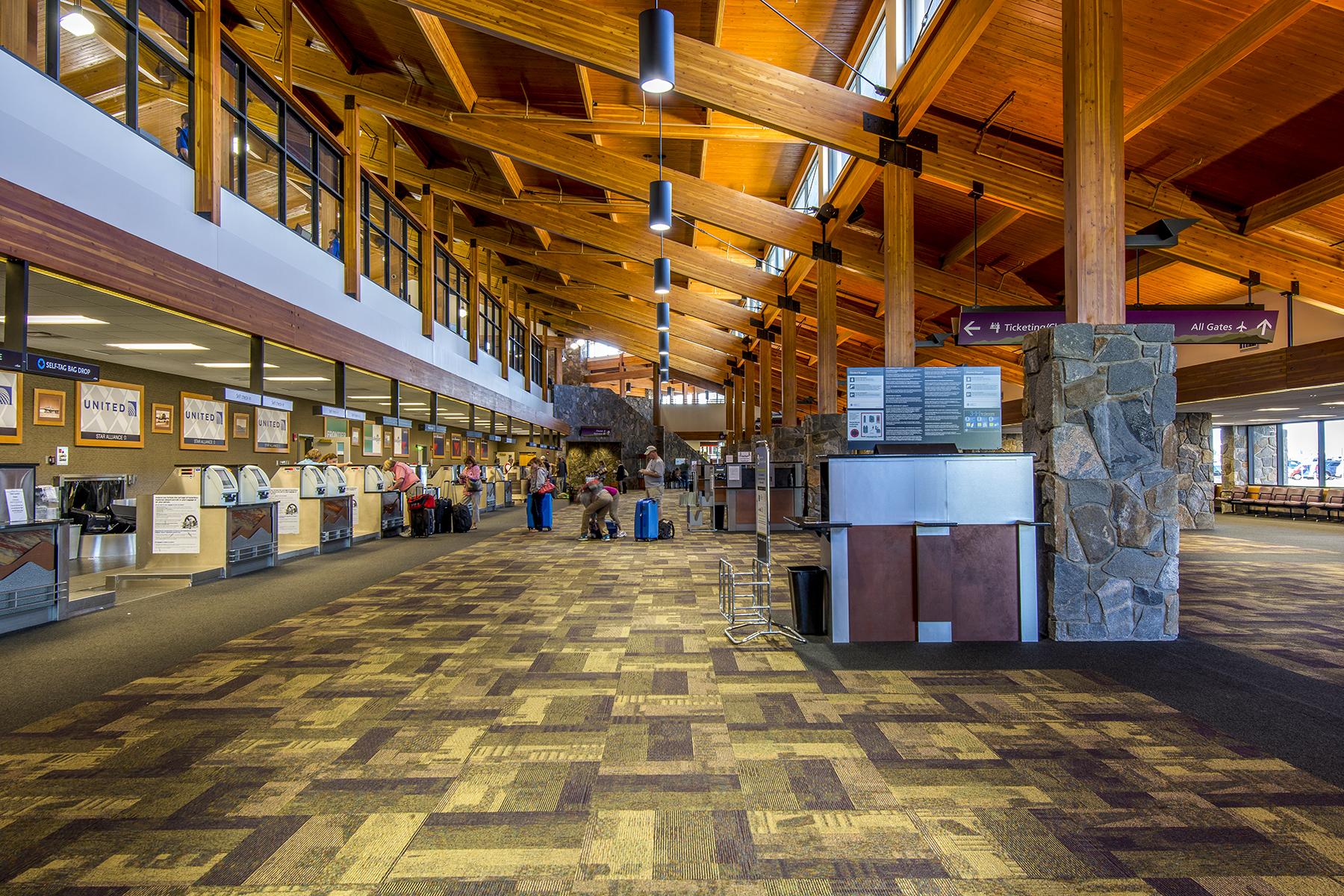 If you’re wondering why Montana’s nicknamed “The Treasure State,” allow Bozeman Yellowstone International Airport to show you. This little airport is all about giving you that big sky Montana feeling. The fireplaces and natural wood designs lend (literal and figurative) warmth to the terminal. Throughout the airport, you’ll find artwork by local artists that beautifully renders the rustic beauty of the state via landscape watercolors, wildlife photographs, and striking sculptures. And is there a bolder aesthetic statement than mounting a bronze replica of a tyrannosaurus rex skull (courtesy of Museum of the Rockies) over a baggage carousel? Well, maybe one. The jaw-dropping view of the mountains you get through the terminal’s expansive windows.

The Worst Airport in the World

Los Angeles International Airport (LAX) is the fourth busiest airport in the world—87.5 million people flew through it in 2018—but for the poor souls who aren’t merely killing time in a layover, those who woefully call this their point of dis- or embarkation, they are forced to endure the purgatorial nightmare of traffic that leads to and from each of LAX’s nine terminals (as many terminals as Dante’s hell has circles). Thanks to the improbably stupid design of its catastrophic horseshoe motor-loop, it regularly requires 30 minutes to travel the short mile from the outskirts of the airport to most of its terminals. And because Los Angeles was built as a city beholden to the automobile, there is no other way to arrive or depart from this maddening complex of suffering but through the interminable traffic.

And don’t forget the never-ending construction which has not only caused further traffic delays but often upends logic: Delta, for instance, operates at both terminals 2 and the repugnantly vile terminal 3. Because of the construction separating the two terminals, Delta passengers show up at terminal 3, Delta’s original terminal, only to there be told to head to terminal 2 to check their bags, then rush back to terminal 3 to go through security. Confused? Join the club.

There is good news. One day the construction will end. And, one day, there will be a people-mover that will connect the yet-to-be-open (and delayed) Crenshaw Metro Line to the airport. But until then, LAX has earned a spot at the top of our Worst Airports list and we’re loathing it. 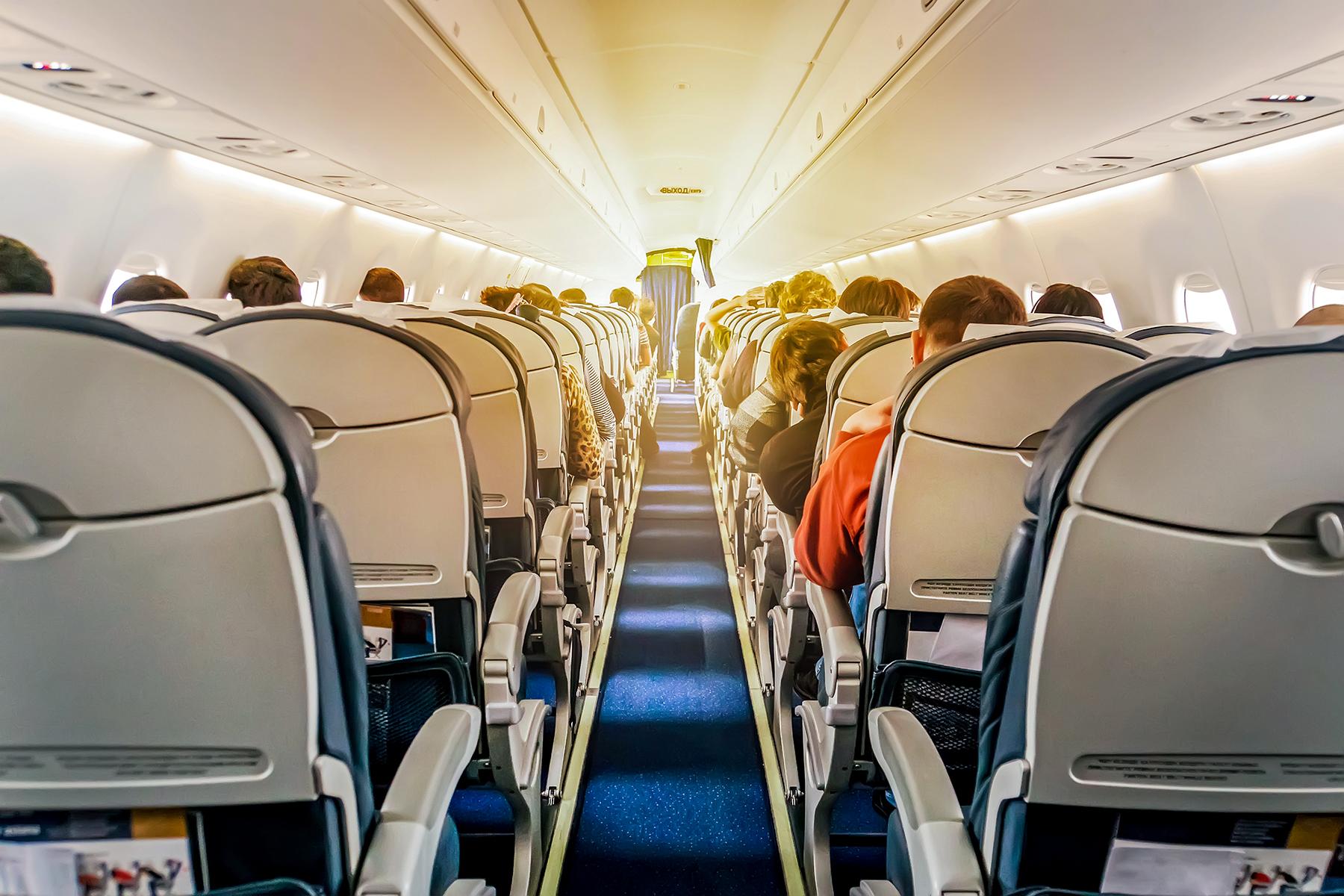 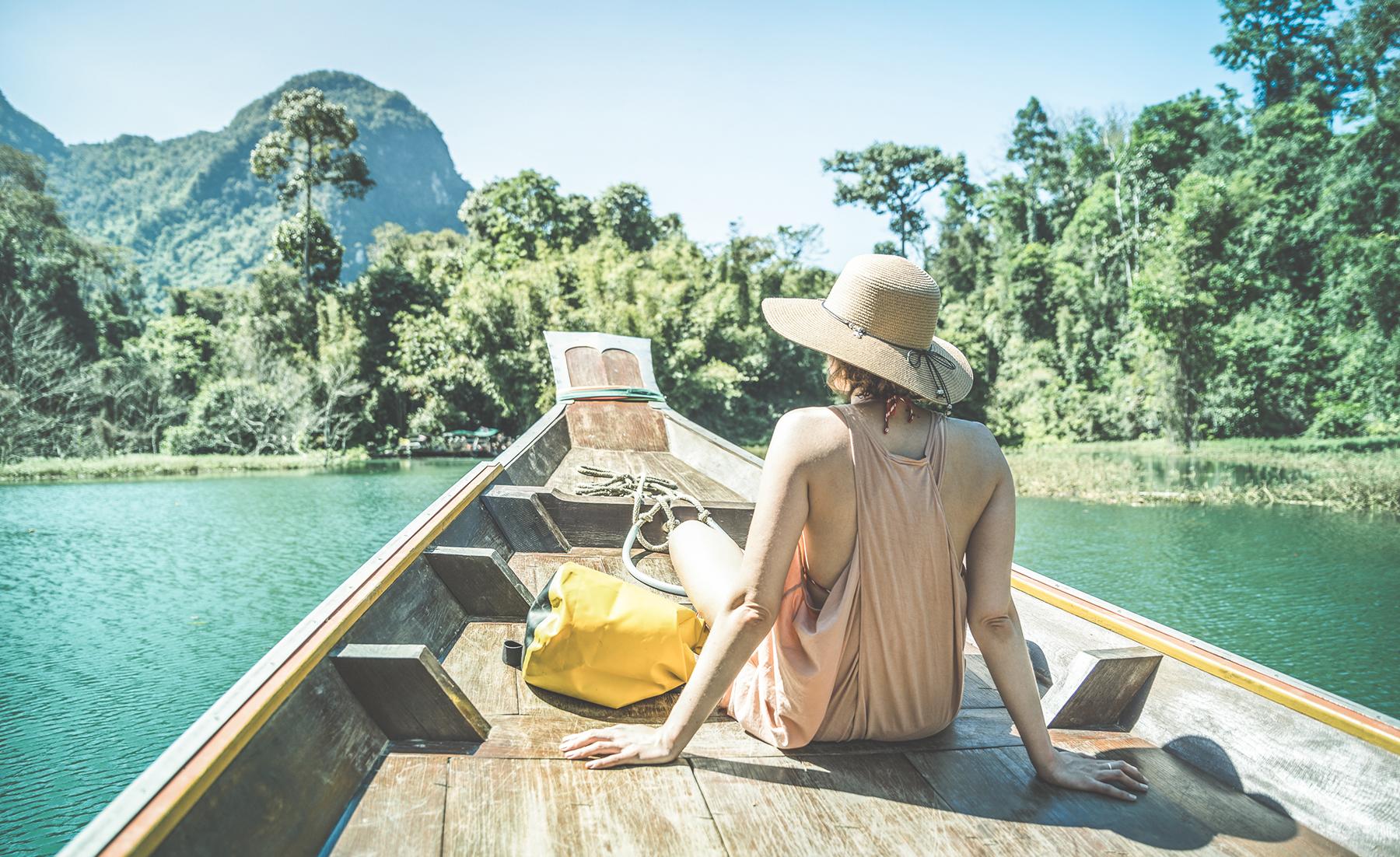 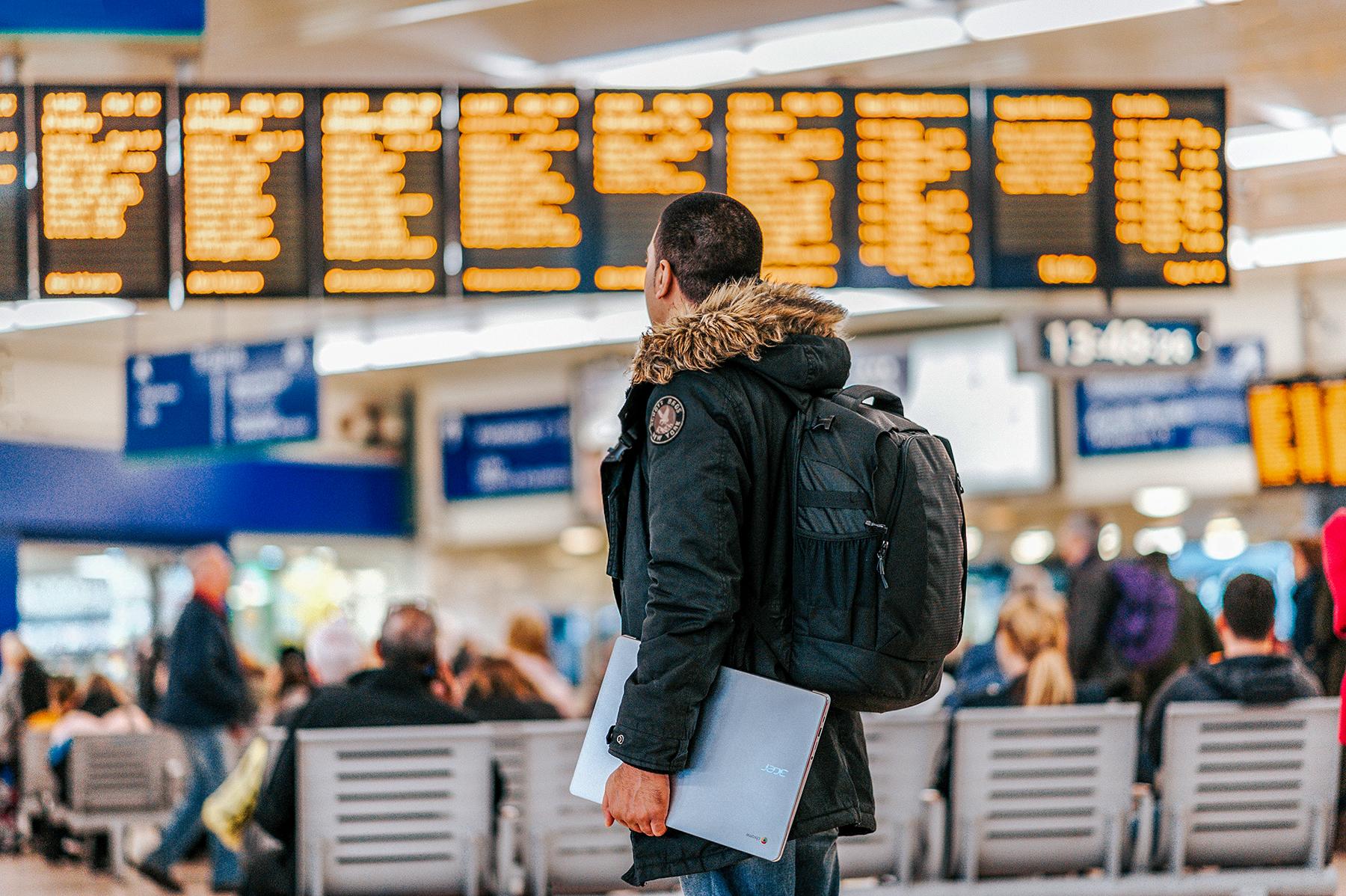 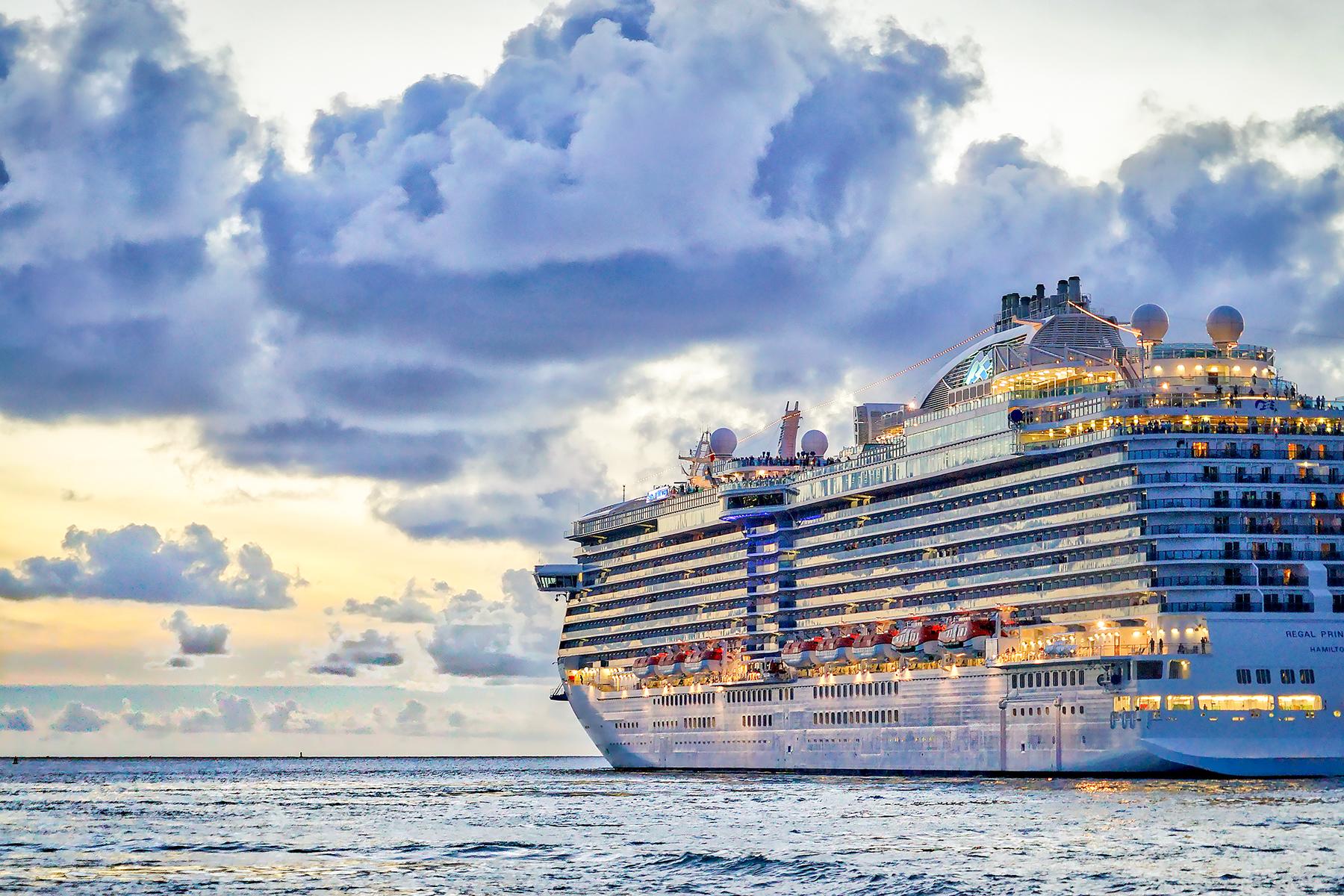