A bustling commercial city with chaotic traffic and horn-happy drivers, Ica challenges you to find its attractive side. Step outside the city center, however, and you'll see why this spot attracted the Spanish way back in the 16th century—and also why those conquistadors couldn't have picked a better place to build their coastal plantations. With their verdant fields and snow-covered mountains, the surrounding environs are relaxing and cheerful, with helpful residents, likely due as much to the nearly never-ending sunshine as to the high-quality wines and piscos produced by the local bodegas and distilleries. This is a town of laughter and festivals, especially during the culmination of the growing season, which occupies most of March and April.

The city center's colonial look comes from its European heritage. Ica was founded by the Spanish in 1563, making it one of the oldest towns in southern Peru. It later became an important regional center and was invaded by Chile during the War of the Pacific (1879–84). Ica suffered badly in the 2007 earthquake, when many of the colonial-era buildings, including most of the famous churches, were damaged, but today it has in great measure recovered. Aside from its vineyards, it's also famous for its pecans and high-stepping horses, called caballos de paso.

Ica's vineyards and haciendas are a source of national pride, and its fine bodegas are a major attraction. Most are open year-round, but the best time to visit is February to April, during the grape harvest. The Tacama and Ocucaje bodegas are generally considered to have some of the best-quality wines, and the Quebranta and Italia grape varietals are well regarded for pisco. The Peruvian autumn is the season for Ica's Fiesta de la Vendimia, where you can enjoy parades, sports competitions, local music and dancing, and even catch beauty queens stomping grapes. It's also a great time to be introduced to the vast selection of local wines and piscos, as well as an opportunity to try homemade concoctions not yet on the market.

The city's excitement also heightens for such festivals as February's Carnaval, Semana Santa in March or April, and the all-night pilgrimages of El Señor de Luren in March and October. Other fun times to visit are during Ica Week, around June 17, which celebrates the city's founding, and the annual Ica Tourist Festival in late September.

Elsewhere In The Southern Coast

This is Peru’s version of the Hamptons. During the summer months, from about the end of December to March, much of middle- and upper-class Lima...

Aquí está tranquilo, " say the locals, and tranquil it certainly is in this small fishing town, made famous by the Beach Boys' song "Surfin...

Drive 10 minutes through the pale, mountainous sand dunes southwest of Ica, and you'll suddenly see a gathering of attractive, pastel-colored...

See All Places In The Southern Coast
Trending Stories
Outdoors
That Time I Swam With Dolphins (and Was Almost Eaten by Piranhas)
More
Hotels & Lodging
Would You Risk a Terrifying Climb up a Mountain to Stay in This Luxury Hotel?
More 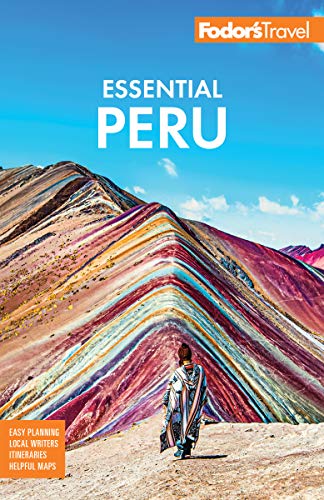