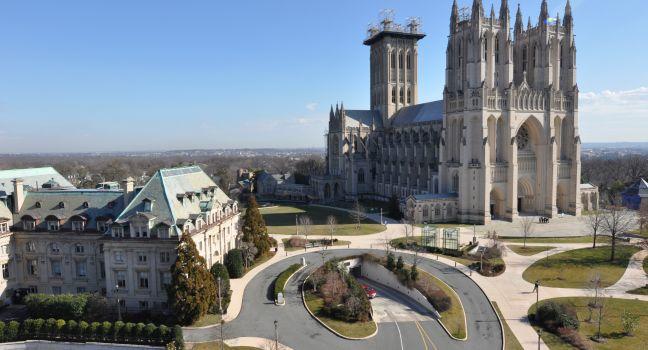 Construction of the sixth-largest cathedral in the world began in 1907 with a rock from the village of Bethlehem and the structure has been the spiritual symbol of Washington ever since. Like its 14th-century Gothic counterparts, it has a nave, flying buttresses, transepts, and vaults, all built stone by stone. The stunning cathedral is Episcopalian, but it's the site of frequent interfaith services. State funerals for presidents Eisenhower, Reagan, and Ford as well as Senator John McCain were held here, and the tomb of Woodrow Wilson is on the south side of the grounds. The Pilgrim Observation Gallery provides a wonderful view of the city, and the cathedral is blessed with the lovely Bishop's Garden, with boxwoods, ivy, yew trees, and stone work from European ruins. In 2011, the cathedral sustained earthquake damage; restoration work is expected to continue for several years, but the cathedral remains open during the process.
Religious Building/Site/Shrine Flight Centre Fodor's Choice