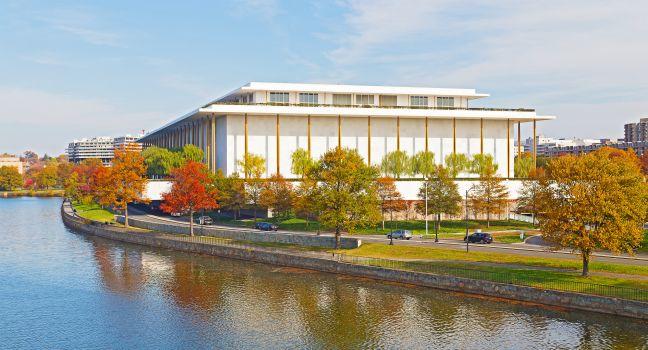 On the bank of the Potomac River, the gem of the Washington, D.C., performing arts scene is home to the National Symphony Orchestra, the Suzanne Farrell Ballet, and the Washington National Opera. The best out-of-town acts perform at one of three performance spaces—the Concert Hall, the Opera House, or the Eisenhower Theater. An eclectic range of performances is staged at the center's smaller venues, which showcase chamber groups, experimental works, cabaret-style performances, and the KC Jazz Club. But that's not all. On the Millennium Stage in the center's Grand Foyer, you can catch free performances almost any day at 6 pm. Finally, each year in March the Center presents an international theater and performance festival; recent festivals have featured Norway, China, Australia, and South Africa.

On performance days, a free shuttle bus runs between the Center and the Foggy Bottom/GWU Metro stop.