Portland's first inhabitants were bands of Native Americans. More than 10,000 years ago, indigenous tribes created complex thriving communities where they lived off and traded the various natural resources. Thanks to the networks of rivers, including the mighty Columbia, there was an abundance salmon here. Tribes such as the Chinook based their entire economies and cultures upon the cycles of salmon runs.

By the late 1700s into the early 1800s, the findings of the Lewis and Clark expedition began to draw settlers from the East. The British Hudson Bay Company, looking to build a fur-trading operation, founded Fort Vancouver, a settlement that's now within present-day Portland's metropolitan area.

As interest in the beauty and bounty of the West grew, both the Oregon Trail and the Barlow Road passages enabled the first large wave of pioneers to create settlements in the early 1840s. Two such pioneers, William Overton and Asa Lovejoy, were the joint founders of Portland. Overton was particularly impressed by the region's commercial prospects and set his sights on obtaining land. Unable to round up the 25¢ needed to file a land claim for a 640-acre site, he borrowed the quarter from Lovejoy in return for half of the claim. They cleared trees, built roads, and constructed this area's first buildings. The next phase of the region's evolution came after Overton left for Texas—he sold his portion of their joint claim to former shopkeeper and would-be developer Frances Pettygrove. When it came time to name their new settlement in 1845, Lovejoy and Pettygrove disagreed on what they wanted. Lovejoy, a Massachusetts native wanted to call it "Boston," while Pettygrove, from Maine, preferred "Portland." To settle the matter, legend claims that they did a coin toss—best of three—in which Pettygrove prevailed.

Development occurred quickly after Pettygrove and Lovejoy built a log store on the southeast corner of Front and Washington. Tanneries, saw mills, and even an oxen-driven mill wagon serving as the first public transportation system had been established. By the end of that decade, Portland had 800 residents. The Oregon Territory was officially formed in 1848. It was a vast chunk of real estate that included land north of California all the way south of Canada. Through the help of Congress and the passage of the Oregon Land act, every man or woman became entitled to 320 acres.

With the first of three transcontinental railroads reaching Portland in 1883, the city's was well on the way to becoming a major trading hub. In 1887 the Morrison Bridge—not the one visible today, which replaced the original in 1958—had been built across the Willamette River. With more arrivals came more neighborhoods and annexations: by 1900 Portland had become the Northwest's largest city, with a population of nearly 100,000. However, it was the nearly 1.5 million visitors that came over the course of several months to take part in 1905's Lewis and Clark Centennial Exposition that spurred the next major growth wave. Portland's population doubled in the next five years.

Drive around the city, particularly in the Northeast or Northwest areas, and you'll see beautiful houses built in this time, done in Victorian, Edwardian, and Colonial styles. The Pittock Mansion, a massive French chateau that's one of the most notable buildings in town, is now a public museum furnished with period artifacts. Finished in 1914 for the lumber, real estate, and publishing magnate Henry Pittock and his wife Georgiana, the house and its 46-acre estate is in the West Hills area, 1,000 feet above the city.

Portland continued to grow rapidly through the first half of the 20th century. Remarkably, by the mid-1920s, nine of Portland's existing bridges had already been built, including the Steel, Hawthorne, Broadway, Interstate, Sellwood, Burnside, Ross Island, Vista bridges, and BNSF Railway Bridge. The need for more than 100,000 workers at the Kaiser Company, one of the largest shipbuilding operations in the world, kept Portland prosperous during both world wars.

More than 40,000 of these workers came to live in Vanport, in what amounted to the largest public housing project ever built in the United States. Unfortunately a flood later destroyed Vanport and left many of its residents displaced. Both this and continued regional growth over the next decade prompted an expansion into suburbia. Portland's largest suburbs—Gresham, Beaverton, and Hillsboro—saw the biggest increases in residents.

By the late 1960s into the early 1970s, Portland began the preservation efforts for which it is known today. Under Governor Tom McCall, an urban growth boundary was adopted. Under this policy, high-density development was allowed only in designated urban areas, and strict use restrictions were placed on farmland. This approach of restricting growth ran counter to what most cities across America of this size and growth rate were experiencing: as automobile use became more common, most people were abandoning city centers.

Those in favor of this political approach say it has preserved precious farmland, provided an economic base for the farmers, and forced the creation of public transportation. Over time this has meant that Portland has less overall traffic than other cities its size. Though hardly congestion-free today, Portland is a vibrant, clean destination whose urban planning, sustainability practices, and transportation efficiency make it a model for other cities. 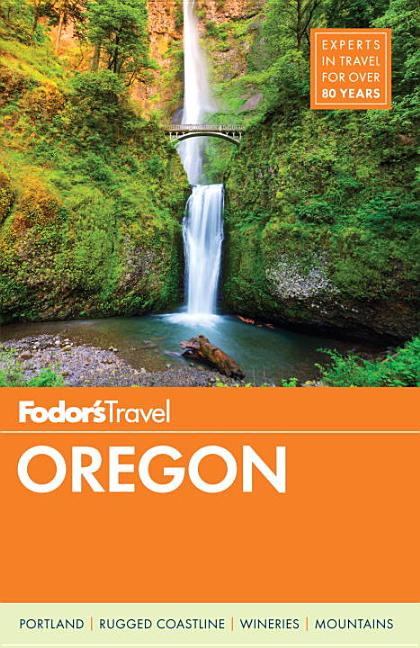