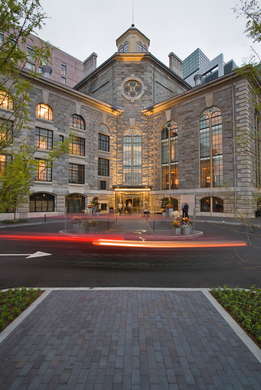 Since it opened in late 2007, the buzz surrounding the chic Liberty—formerly Boston's Charles Street Jail—was at first deafening, with bankers, tech geeks, foreign playboys, and fashionistas all scrambling to call it their own. And while it's still a popular nightspot, the Liberty is now half retreat, half party scene that's very welcoming to families. Its proximity to Beacon Hill, Mass General Hospital and the Esplanade are also big draws for the hotel.

If you're staying in Boston over the July 4th weekend, don't miss the incredible fireworks display over the Esplanade, just a few steps from the Liberty.

Rooms are either in the original granite building or an adjacent 16-story modern tower, and feature rich hardwood floors, herringbone patterned walls, a 55” flatscreen television, and personal bar. Artwork focuses on the rich history of the building, as well as the city of Boston. Rooms have lounge chairs are deep chocolate brown leather and wooden tables with wrought-iron accents.

YOU SHOULD KNOW Some guests complain that quarters in the old section reverberate with noise from Alibi well into the night, but others know that the lively environs are just part of the experience. 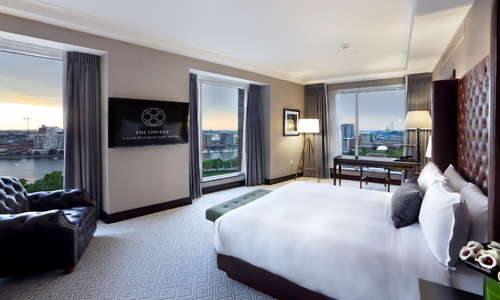 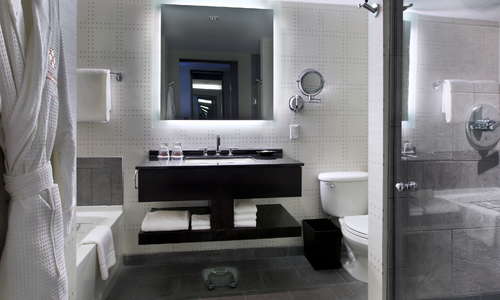 Few places in town can rival the hotel's soaring lobby—ringed by several layers of revamped metal catwalks—for a glass of bubbly on plush leather couches. At night, the lobby becomes a very popular bar scene.

There is no spa, but in-room massage treatments are available.

There is a fitness facility with plenty of equipment options. Bicycles and kayaks are available for rental.

Depending on the season, there are Saturday yoga classes offered with instructors from nearby Equinox.

Don't skip the Liberty's outstanding Italian-Mediterranean restaurant, Scampo, helmed by chef/owner Lydia Shire. There is also Clink., which serves seafood and classic New England dishes. Late night bites are also available in Alibi. Catwalk is a hotel-guest only option, where you can enjoy drinks and food from Clink while lounging on the rotunda, looking down on the lobby. 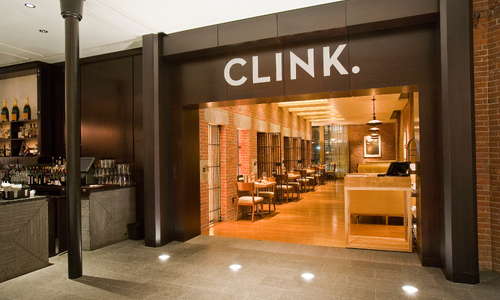 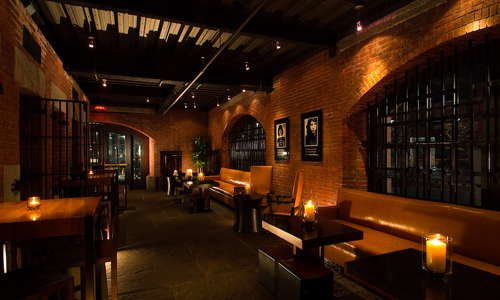 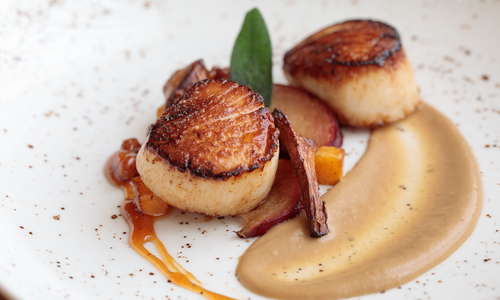 Alibi continues to be a hotspot in town, thanks to its fun "jailhouse" vibe and unique decor. (Don't miss the celebrity mug shots on the wall!) During the warm weather, Alibi's patio is the perfect spot to enjoy a cocktail. The upstairs lobby, known as Liberty Bar, also becomes a busy bar at night, thanks to several events during the week ranging from live jazz to fashion shows.

Located at the base of Beacon Hill, one of the best parts about staying at the Liberty is its walkability. Guests love to stroll onto nearby Charles Street to explore the adorable shops and restaurants on the cobblestone sidewalks. The Charles/MGH MBTA stop is right next door, while the Green Line is reachable on foot too.

Beacon Hill is filled with delightful restaurant options. For one of the best breakfasts in town, head to The Paramount on Charles Street (8-minute walk). Just be prepared to wait in line for a while! If you want to grab something and go, Anna's Taqueria (5-minute walk) is a Boston favorite that's just up Cambridge Street. For fine dining, the Beacon Hill Bistro (9-minute walk) is fresh and enjoyable.

Beacon Hill has a mix of classic pubs and cocktail spots in walking distance from the Liberty. For a dive that serves beer and wine, head down to the Sevens Ale House (7-minute walk) on Charles Street. For a full bar and more extensive food options, there's also the Hill Tavern (4-minute walk) and Harvard Gardens (2-minute walk) heading up Cambridge Street.

The lobby of the Liberty is not one to miss. 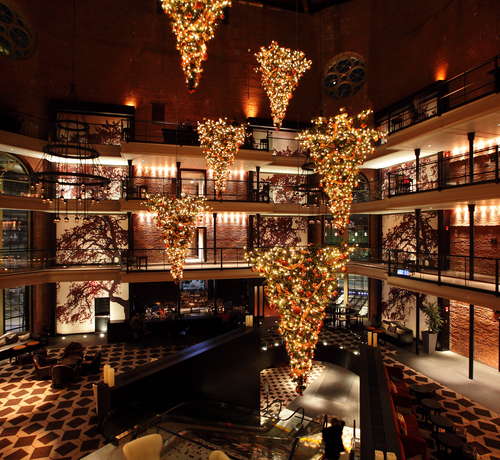 #3 7 Hotels With Bars You Need To Visit 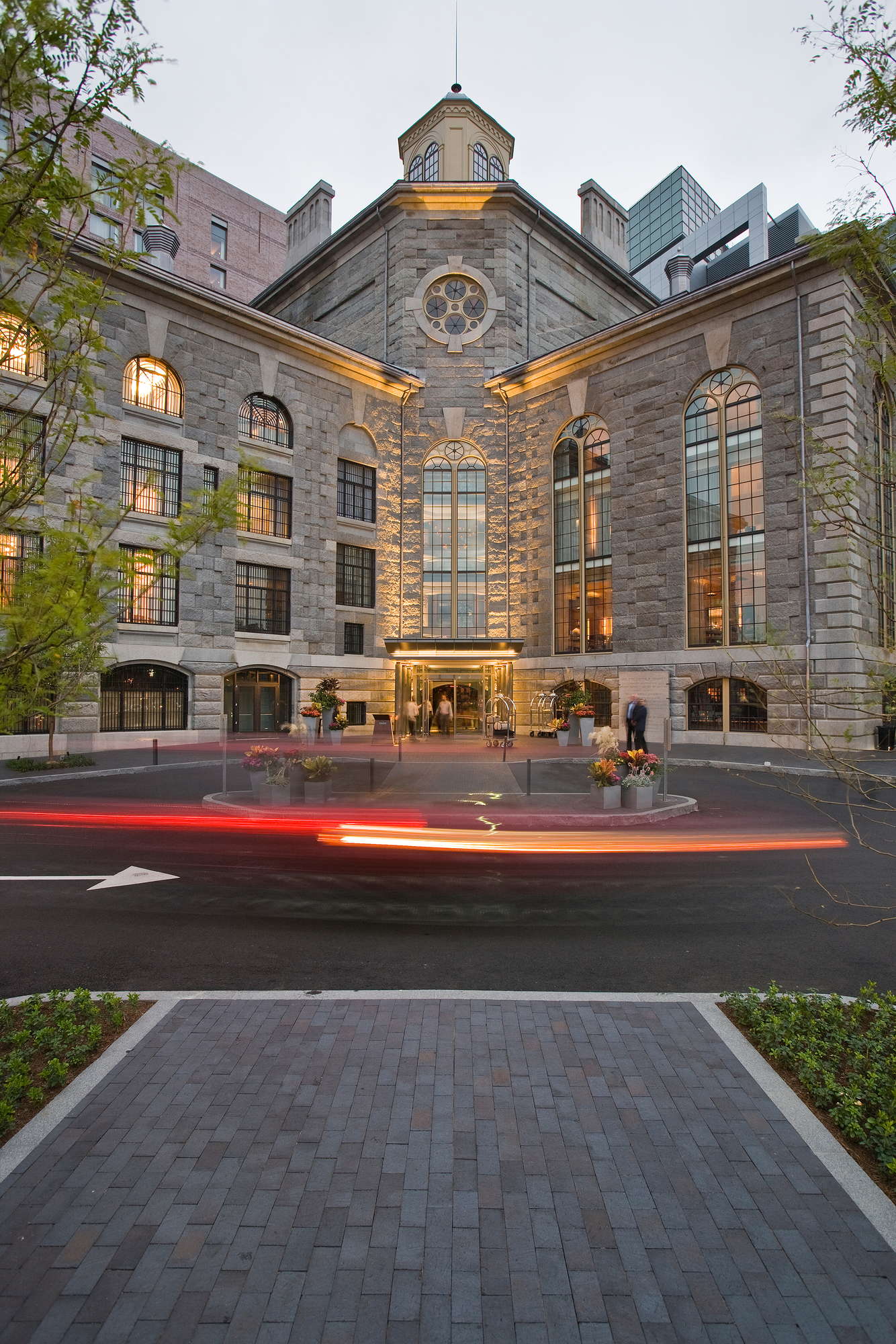 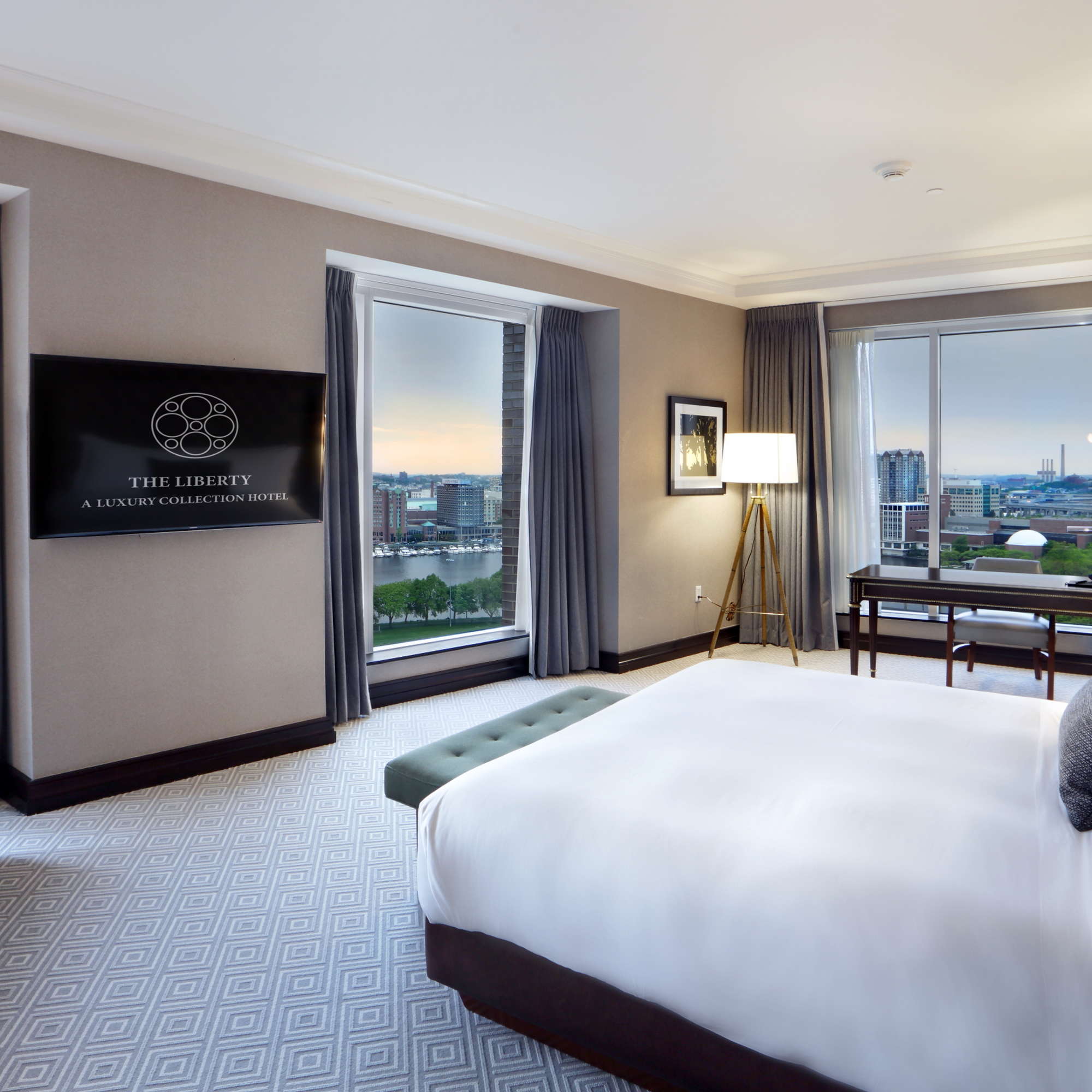 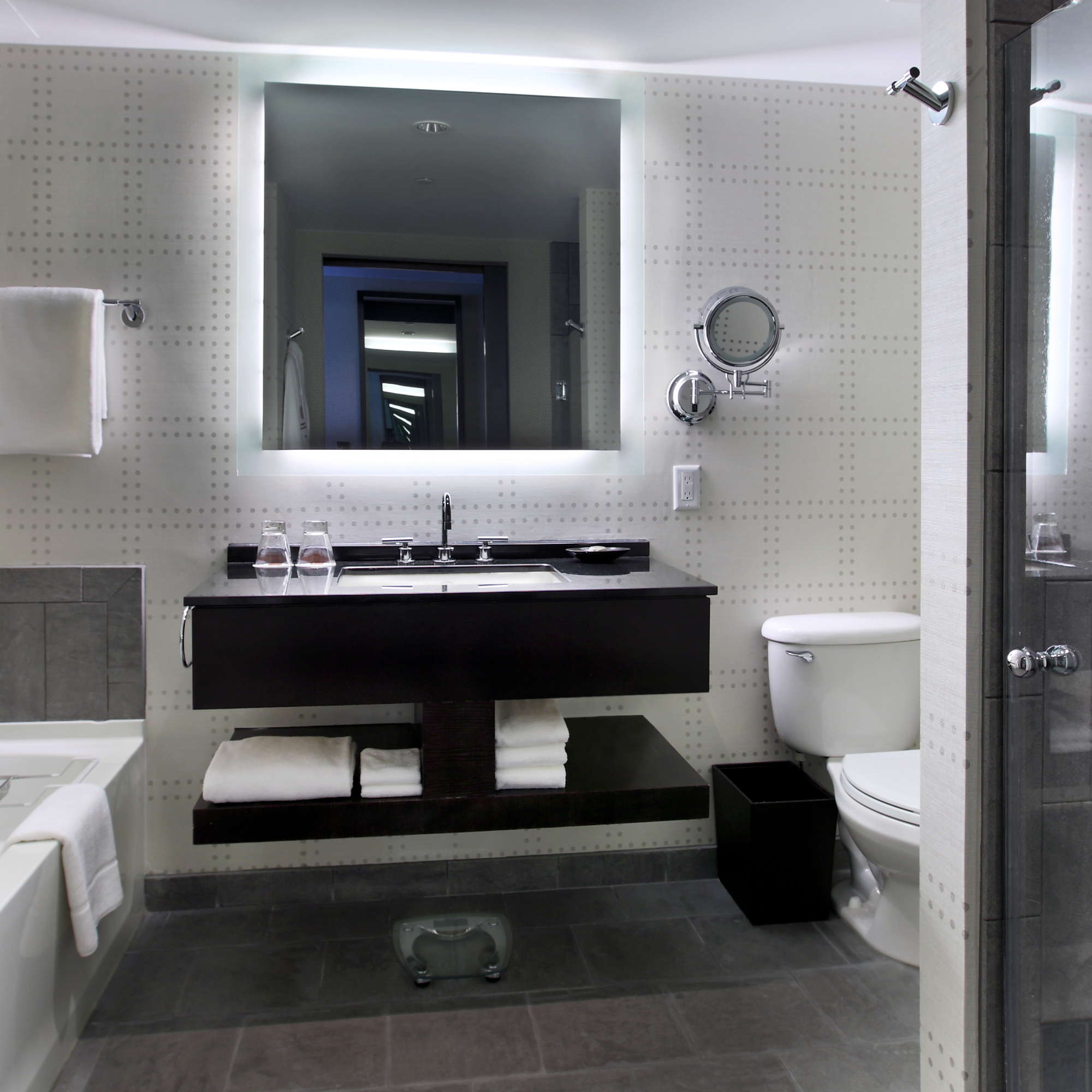 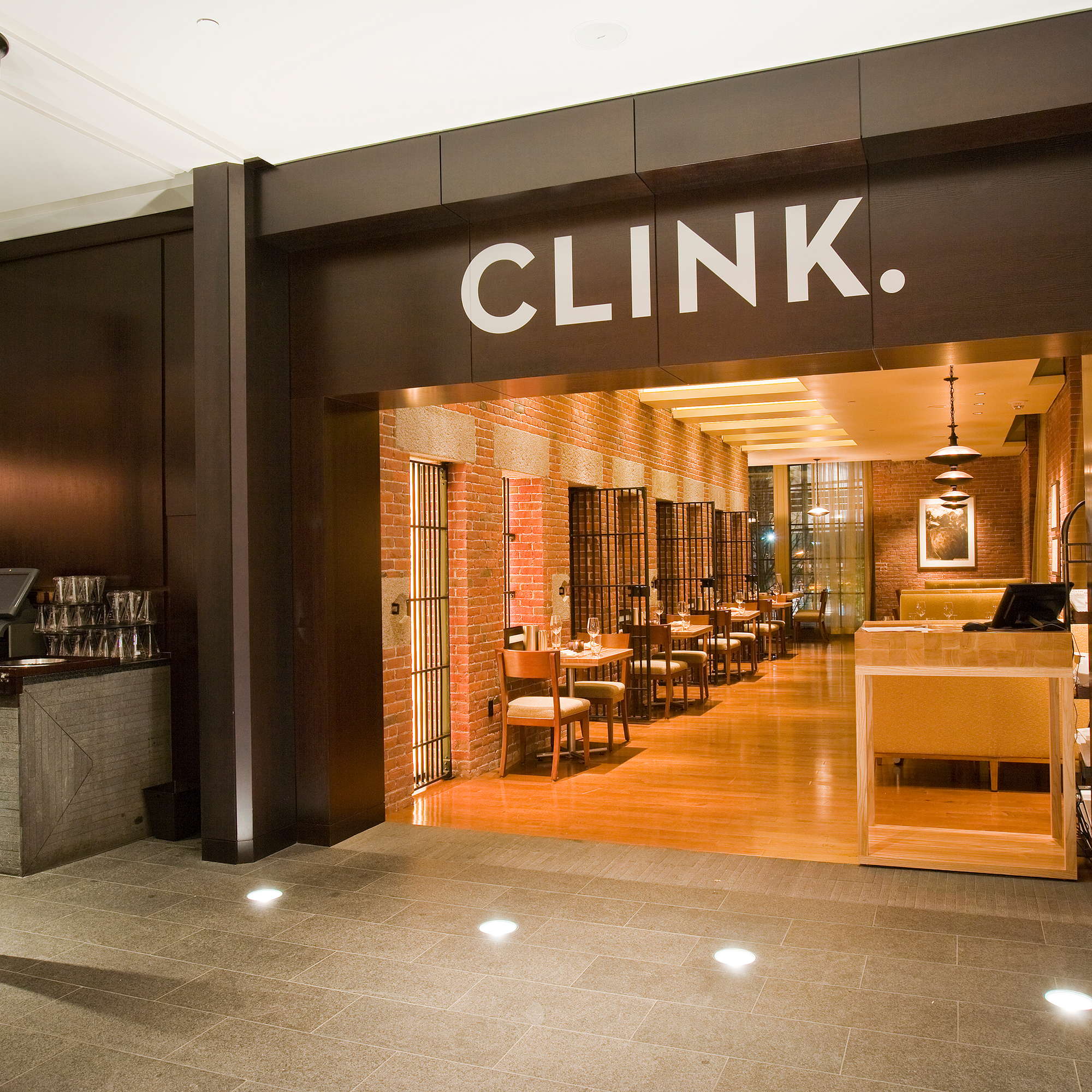 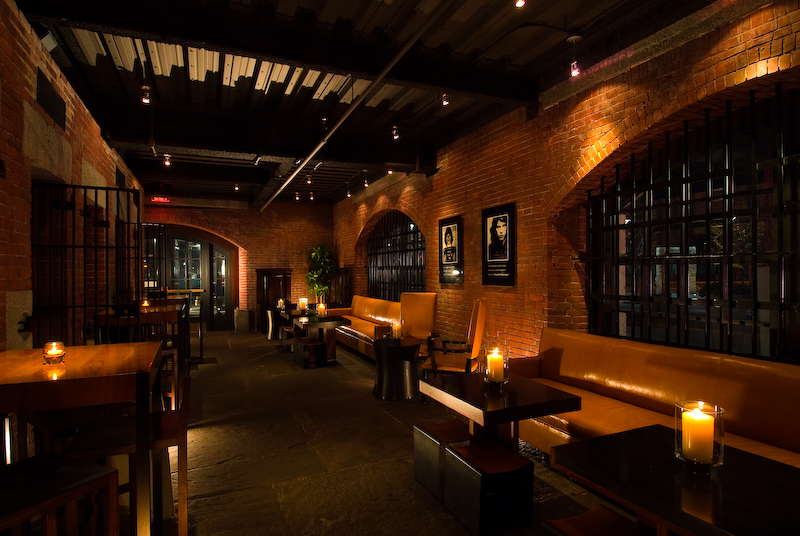 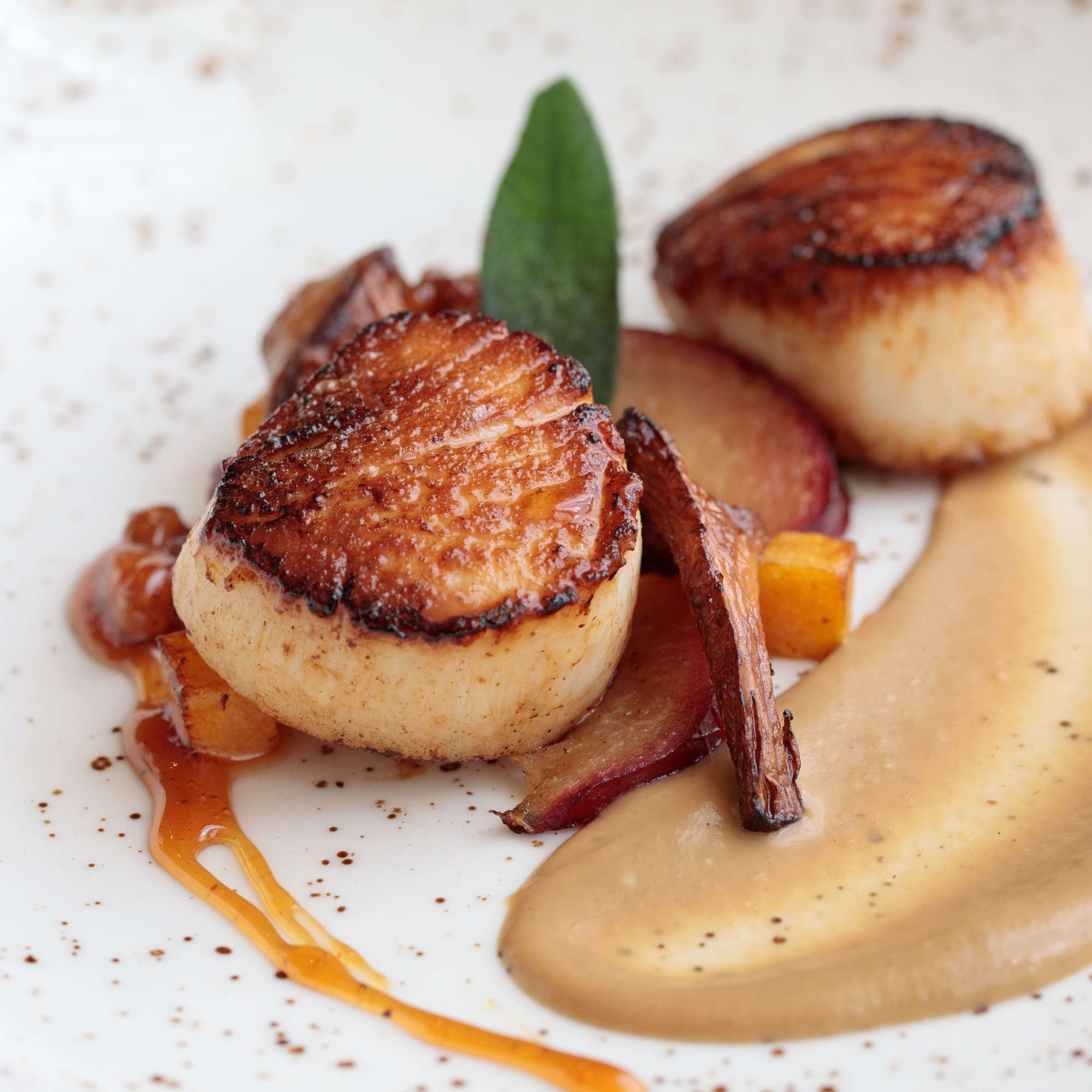