You could fit all the other Hawaiian Islands into the Big Island and still have a little room left over—hence the name. Locals refer to the island by side: the Kona (leeward) side to the west and Hilo side to the east. Most of the resorts, condos, hotels, and beaches are located along 30 miles of the sunny Kona side, while the rainy, windward Hilo side offers a much more local and "Old Hawaii" experience.

Hawaiian culture and tradition have experienced a renaissance over the last few decades. Resort hotels often have a Hawaiian cultural expert on staff to ensure cultural sensitivity and to educate visitors.

Nonetheless, development remains an issue for all Islanders—land prices are expensive, putting many areas out of reach for the local population. The cost of living and the cost of doing business make Hawaii one of the more challenging places to live in the United States if you are on a fixed income.

Although sustainability is an effective buzzword and authentic direction for the Islands' dining establishments, 90% of Hawaii's food and energy is imported.

In decades past, the state's predominant agricultural regions were used for mono-cropping of pineapple or sugarcane, both of which have all but vanished. Sugarcane production on Maui ceased in 2016, while pineapple production has dropped precipitously. Dole, once the largest pineapple company in Hawaii, closed its plants in 1991, and after 90 years, Del Monte stopped pineapple production in 2008. As of 2018, Maui Gold Pineapple Company continues to operate on 1,350 acres on the slopes of Haleakala. The low cost of labor and transportation from Latin American and Southeast Asian pineapple producers are factors contributing to the industry's demise in Hawaii. Although this proves daunting, it also sets the stage for great agricultural change to be explored.

Emulating how the Hawaiian ancestors lived and returning to their simple ways of growing and sharing a variety of foods has become a statewide initiative. Hawaii boasts the natural conditions and talent to produce diversity in agriculture, from coffee, avocados, and dragon fruit to flowers, goat cheese, and wine. The seed of this movement thrives through various farmers' markets and partnerships between restaurants and local farmers. Localized efforts such as the Hawaii Farm Bureau Federation are collectively leading the organic and sustainable agricultural renaissance. From home-cooked meals to casual plate lunches to fine-dining cuisine, cooks, farmers, and chefs are blazing a trail of sustainability, helping to enrich the culinary tapestry of Hawaii.

Tourism and the Economy

At over $15.6 billion annually, the tourism industry represents a third of Hawaii's state income. With a record number of 9 million visitors coming to the Islands in 2016, tourism added $1.82 billion in state tax revenue for the year. Arrivals by air in 2016 increased by 3.1 percent thanks to growth in the West Coast and East Coast U.S. markets, as well as Korea. Arrivals via cruise ships, however, declined by 6.6% from 2015 to 2016 due to fewer vessels serving the Islands. Visitor spending contributes to at least 190,000 jobs locally.

Political issues of sovereignty continue to divide Native Hawaiians, who have formed myriad organizations, each operating with a separate agenda and lacking one collectively defined goal. Ranging from achieving complete independence to solidifying a nation within a nation, existing sovereignty models remain fractured and their future unresolved.

The introduction of the Native Hawaiian Government Reorganization Act of 2009 (The Akaka Bill) attempted to set up a legal framework in which Native Hawaiians can attain federal recognition and coexist as a self-governed entity. Still held up in Congress, the bill has faced innumerable challenges through the years, including among Native Hawaiians who disagree about its merits and mission.

The Hawaiian Islands have inspired artistic expression from the time they were first inhabited, whether hula, tapa cloth, carving and petroglyphs or modern pursuits like filmmaking and digital photography. Honolulu is the artistic hub of the state. The Honolulu Museum of Art has an impressive permanent collection and hosts major exhibitions throughout the year. It comprises four locations including the spectacular Shangri La, the former home of heiress Doris Duke, filled with Islamic treasures. The Hawaii Theatre Center in Honolulu—a restored art deco palace—stages theatrical productions, concerts, and films. The Maui Arts & Cultural Center (MACC) has a 1,200-seat theater for concerts, theatrical productions, and film, as well as an amphitheater and art gallery. Numerous art galleries thrive on the Islands.

In May 2018, dramatic changes began happening at Kilauea Volcano. The collapse of the Pu‘u O‘o vent, which has been continuously erupting since 1983, preceded fissure eruptions in a remote neighborhood in Lower Puna, destroying dozens of homes. Meanwhile, back in Hawaii Volcanoes National Park, the lava lake at Halema‘u,ma‘u began receding quickly, creating ash plumes above the summit and steam explosions. As with any eruption, no one knows how long the eruption in Lower Puna will last, or what will happen at Halema‘uma‘u Crater. What’s important for the visitor to know is that these events are taking place in remote areas. Most of the Big Island is safe from ongoing eruptions at Kilauea. If you are planning a trip to Lower Puna or Pahoa, do your research first before booking your stay since some places are closed and some roads have been covered by lava flows.

Best Outdoor Adventures on the Big Island of Hawaii 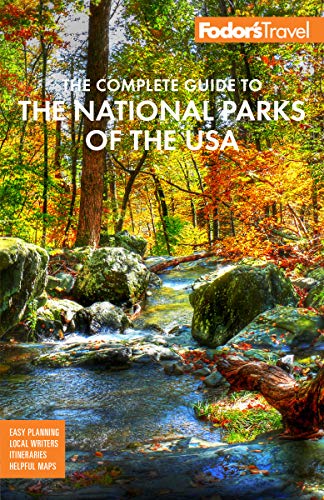