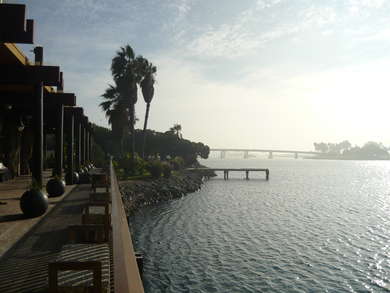 If Paradise Point looks like a movie set from a vintage Hollywood film about the South Seas, you’re not far off. Dotted with palm trees, lagoons, and waterfalls, the tropical resort was designed in the ‘60s by movie producer Jack Skirball, who’d grown weary of watching beautiful sets being torn down. He created his own fantasy island on Vacation Isle at the center of Mission Bay, which is part of the largest man-made aquatic park in the country. Though Paradise Point has since been expanded and renovated, it still features bungalow-style cottages along a mile-long stretch of beach, lush landscaping, and resort amenities like pools and tennis courts. Mission Bay Park is basically a giant playground, with fishing, boating, watersports, beach bonfires, and more. Most of Vacation Isle is occupied by the sprawling 44-acre hotel, giving Paradise Point a secluded vibe, though there’s also a grassy beachfront public park with a model yacht pond. Mission Beach, home to an amusement park built in 1925, is a short drive away.

YOU SHOULD KNOW Sticker shock warning: Paradise Point charges $38 per day for parking and an additional $32 “Passport to Paradise” resort fee, which includes Wi-fi and the use of the fitness center and guest recreation items such as bocce ball, tennis, basketball, horseshoes, croquet, and ping-pong.

Recently renovated coastal-chic rooms feature navy blue accent walls, white nightstands with brass knobs, Palm Beach-style lacquered spindle chairs in kelly green, nautical flag throw pillows, and wood shutters. The hotel’s entry-level guestrooms have a pair of queen beds and a patio with two Adirondack chairs, though no views. The premium standard guestrooms near the beach have king beds (or two queens) and patios, some with water views. Splurge if you can for a memorable stay -- the stylish bayside bungalows are spacious and steps from the beach and fire pits.

YOU SHOULD KNOW Not all of the rooms have been updated and some guests say the walls are thin.

Bathrooms vary by room style and are pretty dated.

Paradise Point has five pools, including an adults-only lagoon. The hotel’s Main Pool is most kid-friendly, though adults can order beer and margaritas from the hotel’s Tropics Cantina. There’s also a lagoon pool with fire pits, a fountain pool, and a waterfall pool. All the pools have chaise lounges and other seating. 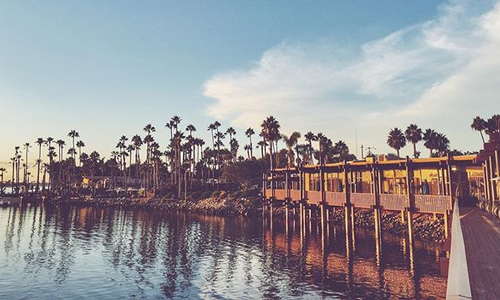 Photo: Not to shabby of a filming location for the week. I could get used to this! 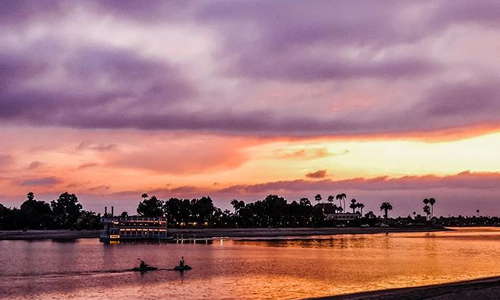 Photo: We took a little trip down to San Diego to celebrate our 9 year anniversary. We celebrate both our “getting together” (aka me officially moving to California) and our marriage anniversary each year because why the hell wouldn’t you?! We stayed at @paradisepointsd and it was just really lovely. We had an amazing dinner at @tidal_sd, complete with some delicious tequila drinks and great service. It was Jaxson’s first time staying at a hotel and he was really disappointed that we couldn’t just live there forev

The hotel’s spacious fitness center features cardio equipment, strength-training machines, and free weights. Guests can also book private yoga classes by appointment or sign up for a surf lesson at the Paradise Surf Academy. The locker rooms have a eucalyptus steam room and dry sauna.

Hotel amenities include a private marina with rentals, bike rentals, an 18-hole putt-putt course, a basketball court, five tennis courts, and access to 14 miles of waterfront bike and walking paths

Set in a 60’s beachfront home, with a deck that overlooks the bay, the hotel’s seafood-centric signature restaurant, Tidal, has a mid-century-modern island vibe.

Tidal hosts a daily happy hour from 4 to 6 pm.

Barefoot Bar & Grill, which has been around since 1962, has an expansive sun-drenched patio next to a lagoon, a sailboat-lined marina, and a tropical waterfall. It’s a great place for drinks and apps.

A bridge connects Vacation Isle to both sides of Mission Bay. Heading south on the bridge, you can either follow the well-marked road to another low bridge that leads to Mission Beach or pick up I-8, a 7-minute drive from the hotel. I-8 connects to I-5, a south-north freeway that connects with downtown to the south and the coastal communities to the north.

The downside to Paradise Point’s secluded island location is a lack of walkable dining and drinking options beyond the resort. The closest restaurants are about a half mile away at other hotels in the area, including Cafe Bahia at the Bahia Resort Hotel (5-minute drive), which serves American fare, and Firefly Eatery & Bar at the Dana Mission Bay (5-minute drive). You’ll find more choices in nearby Ocean Beach. With three locations in San Diego, Hodad’s (10-minute drive) is known for its huge, mouthwatering burgers, thick steak fries, and delicious milkshakes. This Hodad’s, a favorite with hungry surfers, doesn’t look like much from the outside, but inside it’s a funky, beachy spot with great food. On the fancier side, the rustic-chic BO-beau kitchen+bar (10-minute drive) serves French-inflected fare like moules mariniréres and duck-fat fettuccine.

You won’t find anything within walking distance and other hotel bars are the closest options. That said, it’s a short haul to Ocean Beach, where you’ll find a wide range of choices. Close to the OB pier and the sandy beachfront, Wonderland Pub (10-minute drive) is one of the most popular. The mellow restaurant-bar, which features huge windows that overlook palm trees and the coastline, is an ideal spot for sipping cold beers at sunset. Wonderland serves food, making it a good choice for drinks and apps, though there are better places for a full meal. Craft beer lovers should check out Kilowatt Brewery (8-minute drive) off the main strip. It doesn’t have killer views but the suds are spot-on. Finally, the divey Pacific Shores (10-minute drive) is an Ocean Beach classic, with strong drinks and a loud crowd. It’s cash-only.

From the South Seas-style setting to the many resort amenities, Paradise Point has everything you need for a secluded island getaway. Set on recreation-focused Mission Bay and a short drive to the Pacific Ocean, the tropical island-inspired hotel boasts beachfront guestrooms, panoramic views, and plenty of opportunities for fun. It’s also close to SeaWorld and other San Diego attractions. 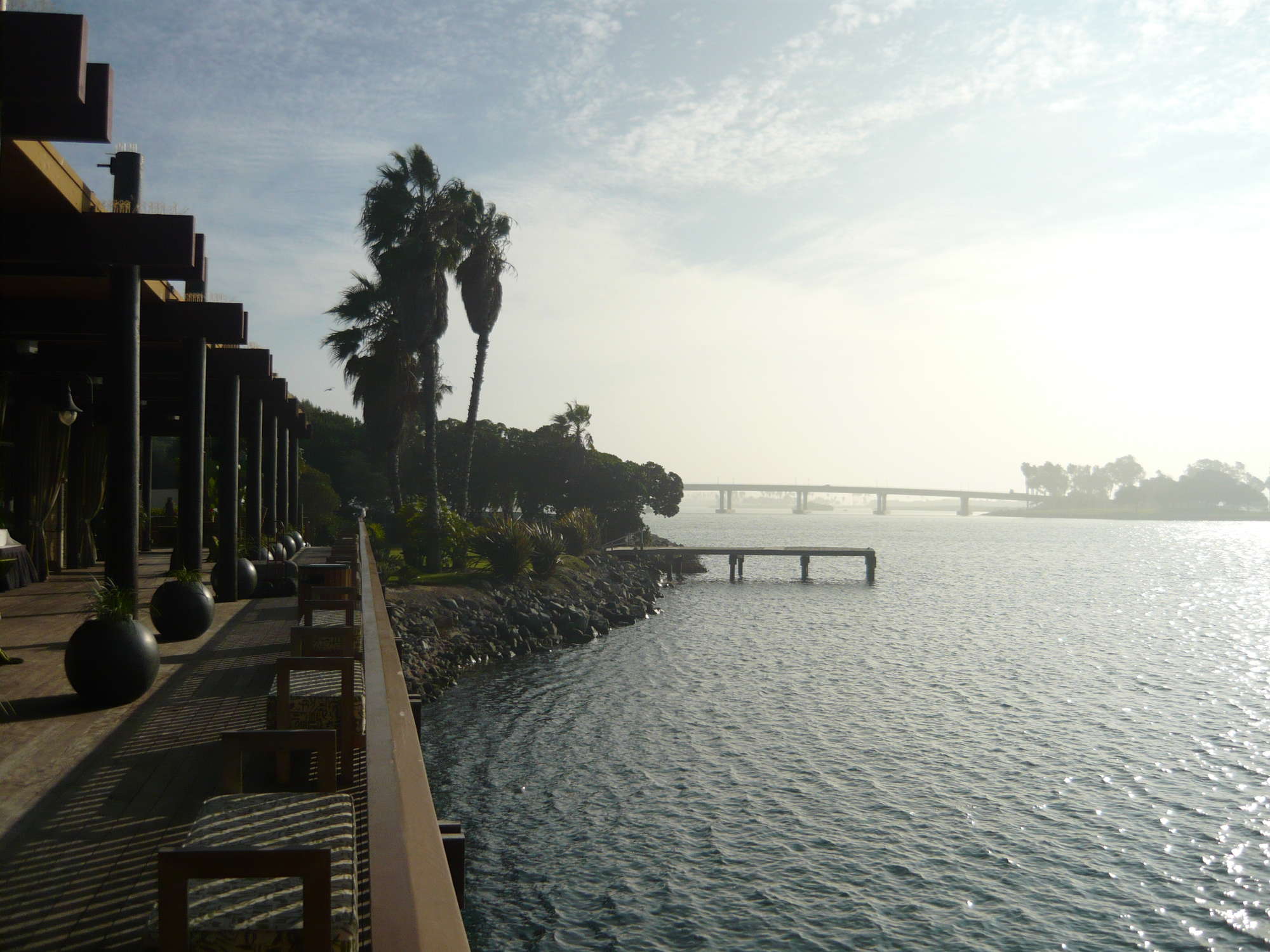 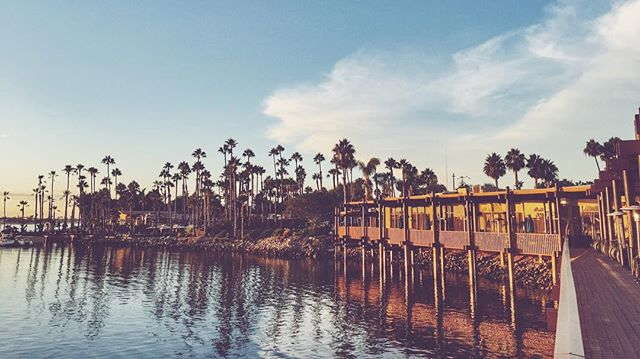 pool
Photo: Not to shabby of a filming location for the week. I could get used to this! 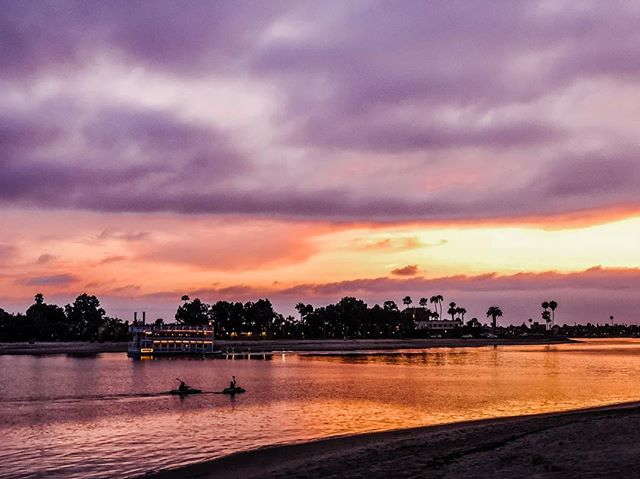 pool
Photo: We took a little trip down to San Diego to celebrate our 9 year anniversary. We celebrate both our “getting together” (aka me officially moving to California) and our marriage anniversary each year because why the hell wouldn’t you?! We stayed at @paradisepointsd and it was just really lovely. We had an amazing dinner at @tidal_sd, complete with some delicious tequila drinks and great service. It was Jaxson’s first time staying at a hotel and he was really disappointed that we couldn’t just live there forev