If Don Draper from the TV show Mad Men popped into this 1950s motel-hotel hybrid 2¼ miles northeast of downtown Santa Rosa, he'd feel right at home. The overall look echoes that of the more famous Las Vegas Flamingo, and it's no coincidence: the same architect was responsible for the Nevada hotel's original 1940s design (before the notorious gangster Bugsy Siegel got involved).

YOU SHOULD KNOW From certain angles, the Flamingo, which received a major update in 2014, exudes midcentury panache—from others, it merely shows its age—and although it has a large central pool, a spa, and tennis courts, the feel is more conference hotel than resort.

The rooms have been updated since the property opened in 1957—some even have Bluetooth speakers for playing iPhones without docking—but retain their high ceilings and that old-school flair. Done in creams and mostly brown hues, they're spread out in several buildings connected by glass-enclosed walkways encircling the Olympic-size outdoor pool. The pool-view suites are spacious, as are the executive kings, but some of the rooms in the Superior category can feel cramped. All the rooms have refrigerators and coffee makers.

Under the hotel's family plan, two children under 12 stay free when occupying the same room as their parents. 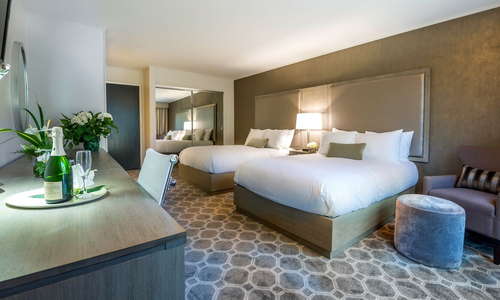 "Nondescript" describes most of the bathrooms here, some of which, owing to the hotel's birth date, feel cramped or awkwardly laid out even in some larger rooms.

The Flamingo's iconic throwback, a vertical marquee with Flamingo emblazoned in neon letters, marks the entrance to the hotel's expansive lobby. Equal parts Miami Beach retro and wannabe upmarket chain, the lobby feels sufficiently grand upon arrival, but you're not likely to hang around much to soak up the atmosphere.

Don't miss the wall of photos of the hotel's early days, including one of movie star Jayne "The Girl Can't Help It" Mansfield posing poolside.

Lounge chairs line the large L-shape pool, if not too crowded great for doing laps, and more occupy the large lawn beyond them that encircles it. If you squint, you'll half imagine the Rat Pack has assembled for poolside cocktails. 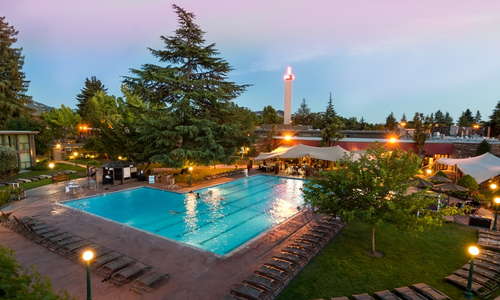 Prior to treatments, guests are invited to take part in the half-hour Remedy Ritual, which involves a sauna, a steam, soaking in a tub, and a shower.

The on-site Montecito Heights Health Club and Spa (daily use fee) has a full range of exercise equipment and free weights and offers cardio, yoga, and other classes. The facility also has a sauna, steam rooms, and a Jacuzzi. Guests can play tennis on the club's five courts free of charge. Child care is available.

The Terrace Grill Restaurant and Bar serves breakfast, lunch, dinner, and the festive Sunday Champagne Brunch. The daily Continental breakfast is ho-hum, but the brunch, with seatings at 10:30 a.m. and 12:30 p.m. (reservations recommended) is lavish. You can have breakfast, lunch, and dinner poolside in-season.

The Terrace Grill has a full bar. On some Saturdays, the Flamingo Lounge buzzes with live music and dancing, on other nights there might be comedy or swing, salsa, or bachata dancing, complete with lessons.

The hotel is about 2½ miles northeast of downtown Santa Rosa, where Highway 12 meets 4th Street. Sonoma County Transit buses stop nearby, but driving is the most convenient way to get around. There's not much of interest for tourists within walking distance.

Its midcentury Hollywood connections and that groovy neon sign earn the Flamingo major retro cred, with points added for the comfortable beds, large pool, and Sunday Champagne Brunch. A mixed bag of fabulousness and foibles, the Flamingo looks snappy in spots, pedestrian in others. A stay here is pleasant enough, though be aware that the experience overall is more standard, rather than trendy, hotel. 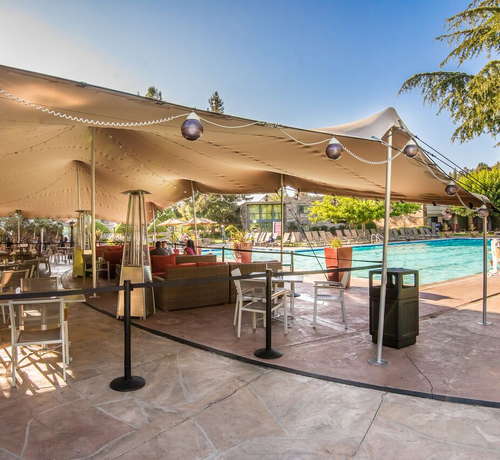 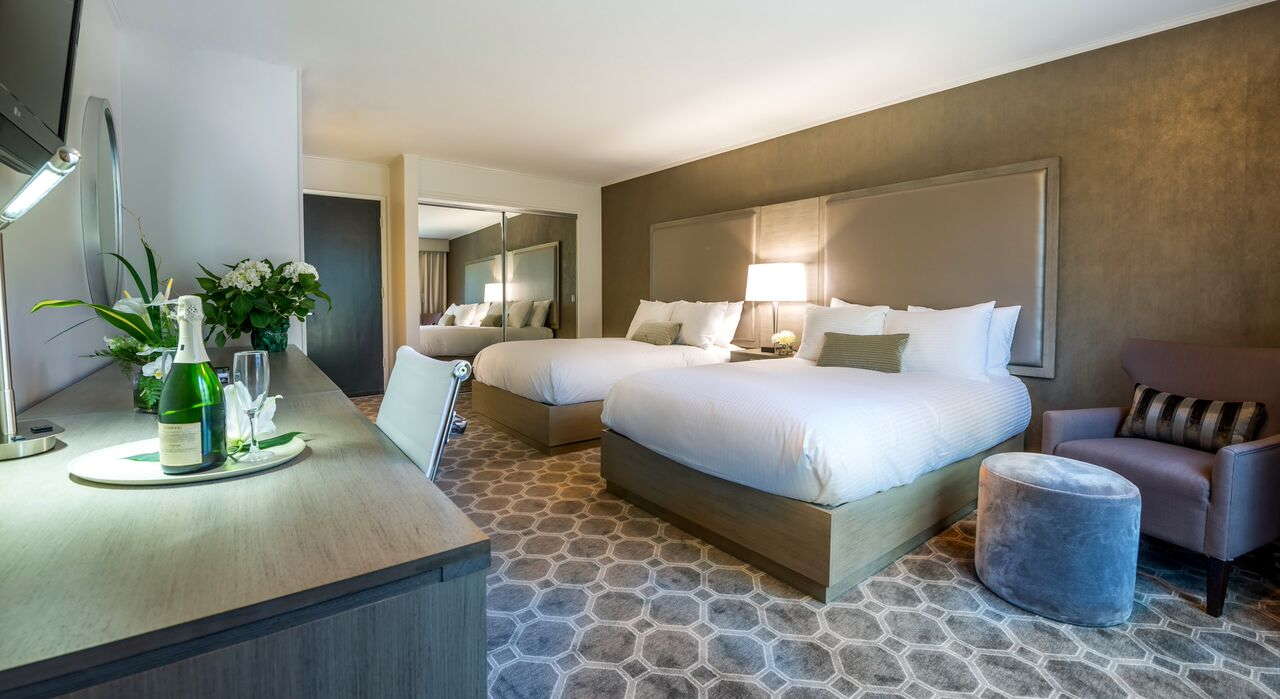 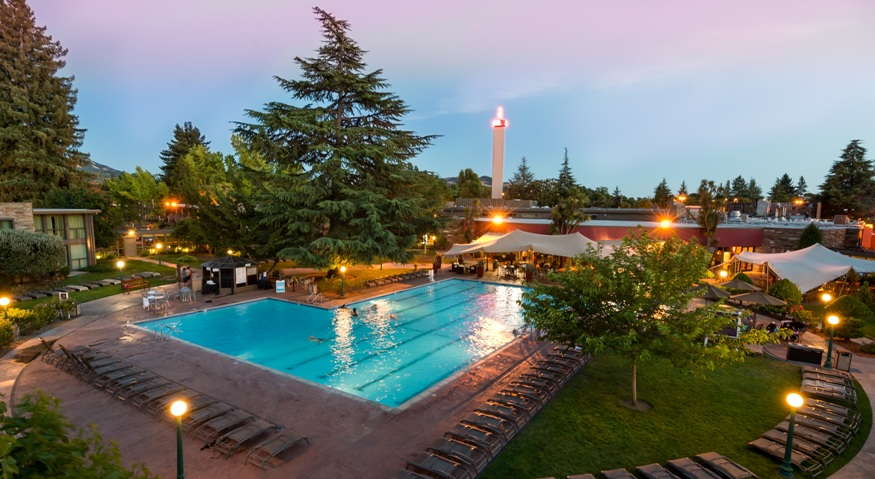