The landscape in Tucson can only be described as otherworldly. From the sweeping expanses of arid desert to the mountain ranges surrounding the city and sprinkles of vibrant colors dotting the desert, it’s truly unlike anywhere else on the planet. The city is also rife with unexpected surprises, from bizarre wildlife to uncannily starry skies to scrumptious beer and culinary offerings.

INSIDER TIPRegardless of the time of year you visit, temperatures can fluctuate drastically from daytime to nighttime. Even on the hottest days, the air cools down when darkness falls. Keep an eye on the forecast and pack accordingly. 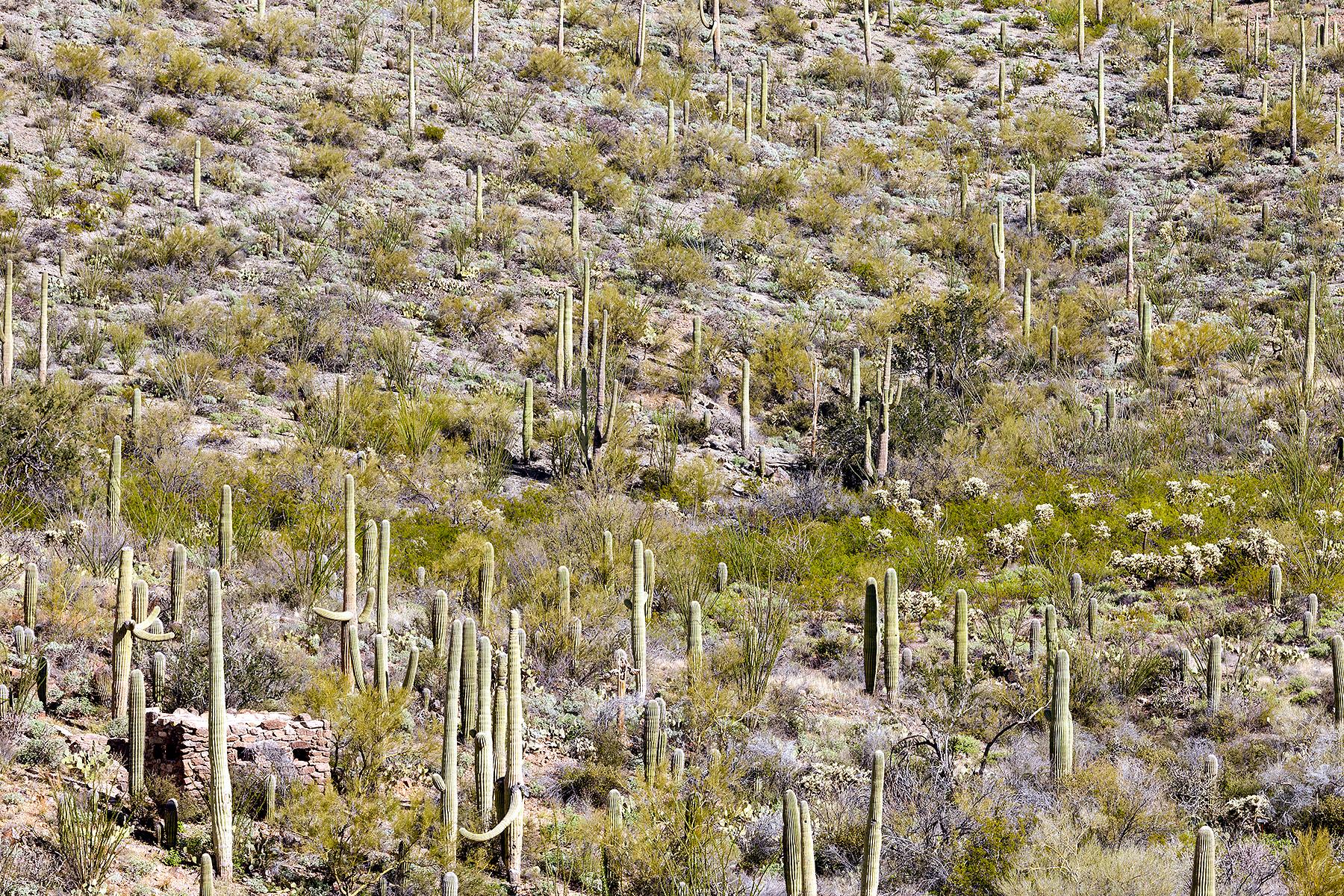 Tucson’s Sonoran Desert is the world’s only native habitat (along with a swath of Mexico and a small corner of California) of the majestic and human-like saguaro cactus. These stoic giants line the hillsides in and around Tucson like freakish yoga practitioners, each one frozen into a twisted pose. It can take a hundred years for saguaros to grow their first arm and they can produce more than 25 in their lifetimes as well as reach heights of 60 feet. They are not only America’s largest cacti, but truly look as if they could start walking or talking at any moment. The local Tohono O’odham tribe has harvested the fruit of the saguaro for hundreds of years and some believe the statuesque plants possess the souls of their ancestors. 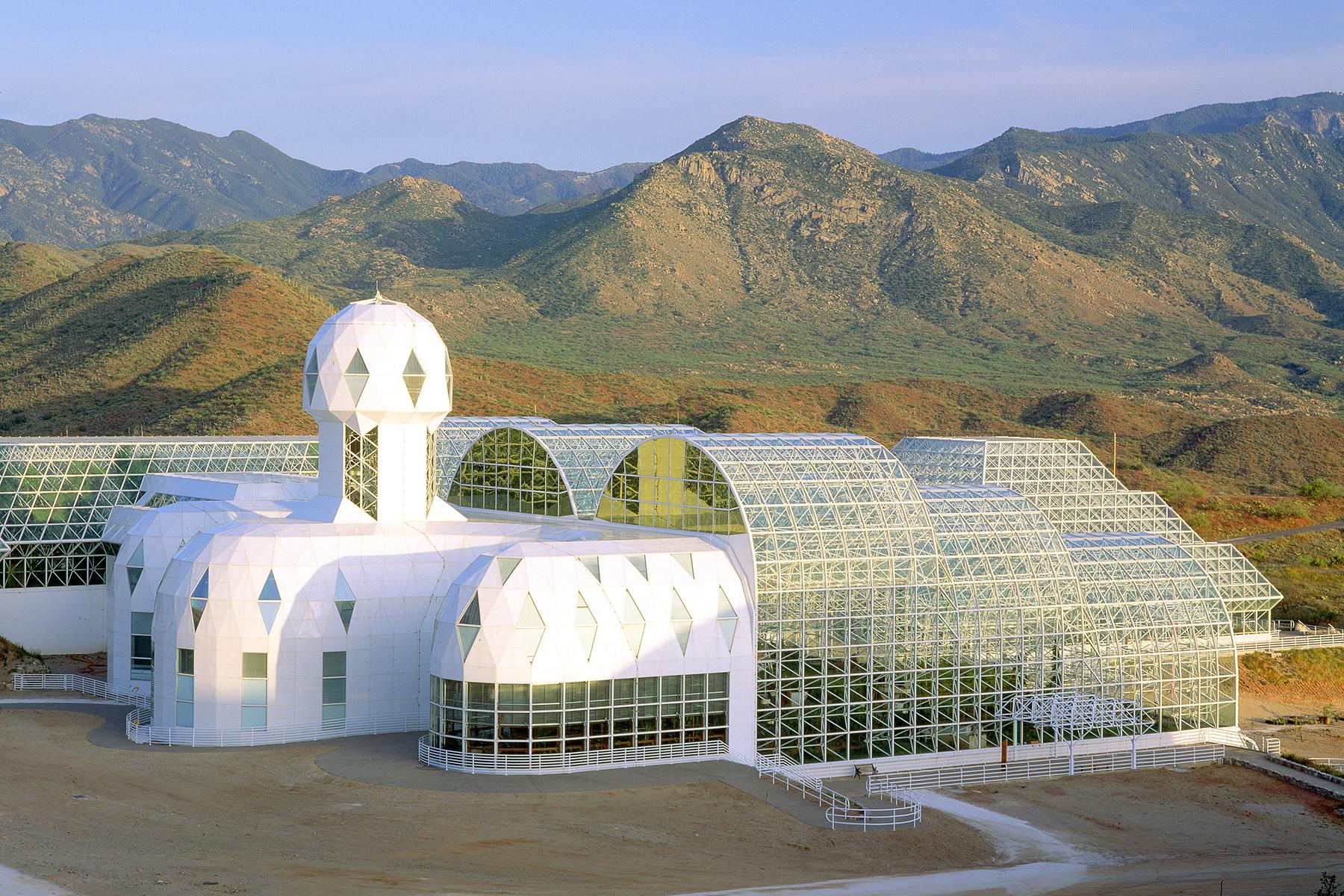 If you’ve ever wondered what the planet earth would look like if it were human-built and scrunched into an enclosed space of three football fields, check out Biosphere 2. In the midst of every inhabitable ecosystem under one roof (rainforest, grassland, desert, and even a living ocean and coral reef), one can’t help but ponder the possibilities of post-apocalyptic living. The facility did in fact, house two residency experiments—the first from 1991 to 1993 and the second for a few months in 1994—during which human participants attempted to live inside, entirely self-sustained and cut off from the rest of the world. However, a few hiccups, mostly related to human manipulation of natural systems, caused both experiments to be cut short. 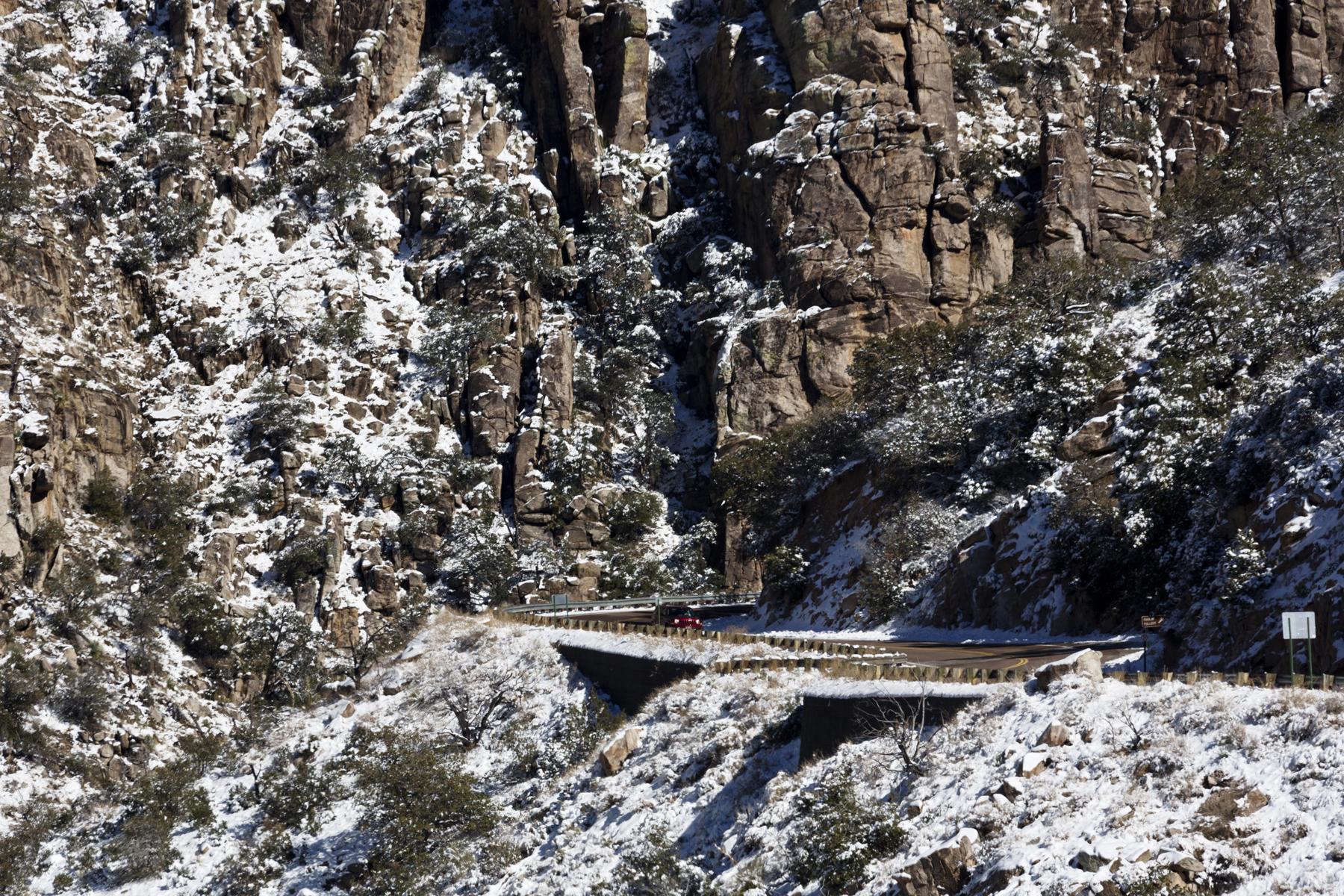 Yes, you’re in the middle of a desert, but travel 6,000 vertical feet upward to the summit of Mt. Lemmon and swap the surroundings of dry sand and cacti with snow-covered slopes and pine trees. Bring your winter attire. Mt. Lemmon Ski Valley is a fully functioning ski area, complete with chairlift, rental shop, ski school and 22 trails for all skill levels. Be aware that even though you can see the snowy summit of Mt. Lemmon from the desert floor and the 27-mile drive up the Mt. Lemmon Scenic Byway is indeed one of the most scenic in all of the southwest, it takes well over an hour each way on dry roads and access can be seriously thwarted during snowstorms. 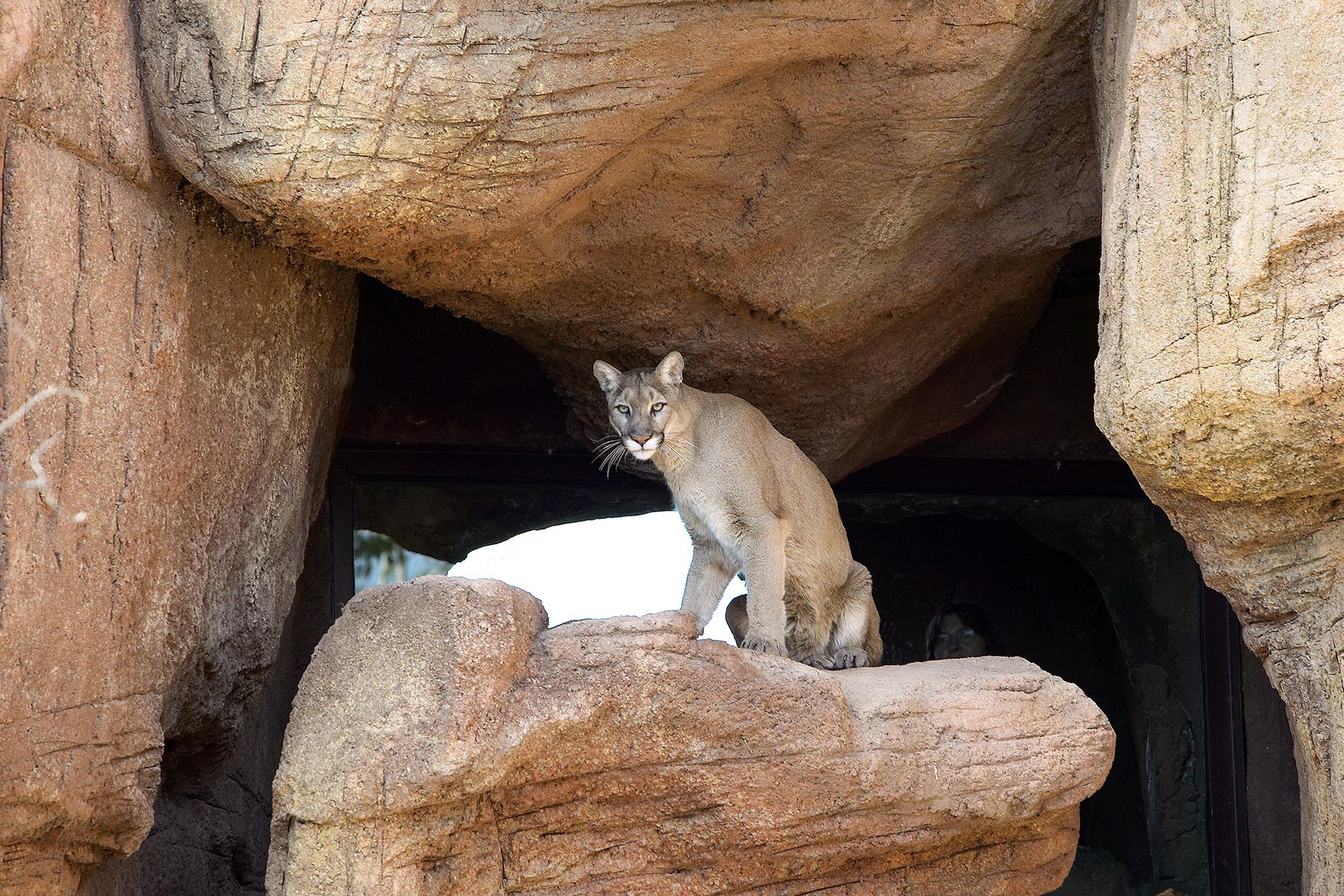 A safe distance is recommended when observing Tucson’s most bizarre species, ranging from the ironically named, friendly-looking Teddy Bear Cactus to the little known Blister Beetle, a honey bee that can kill, along with obvious threats such as scorpions, rattlesnakes, dinosaur-like Gila monsters, and centipedes large enough to eat lizards. The Arizona-Sonora Desert Museum allows you to view them all up close. The museum functions more like a zoo, with 230 living animals displayed in their natural habitats along two miles of walking paths, numerous gardens housing hundreds of native plants, plus special animal workshops and live demonstrations. 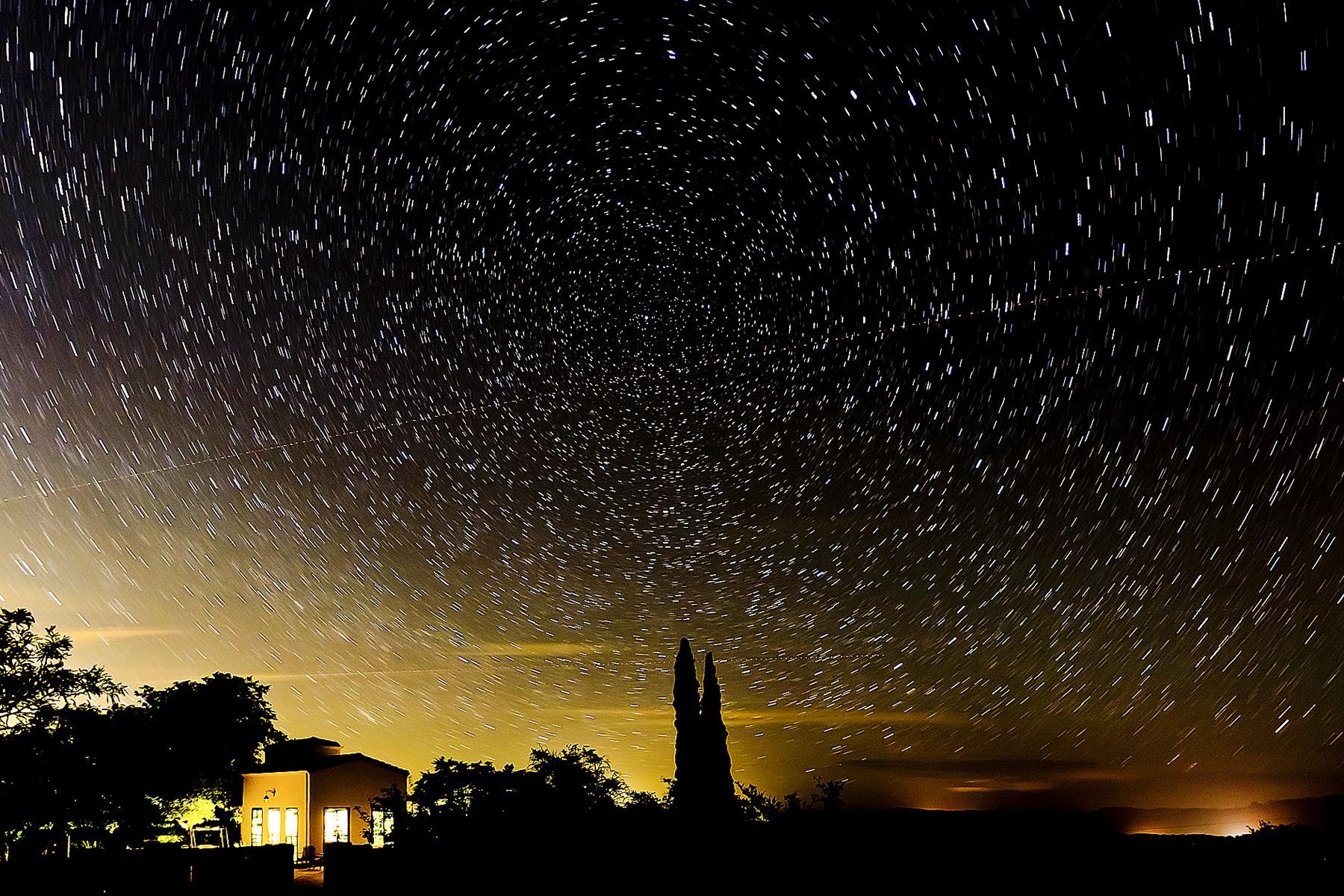 Take in nature’s own light show amid the darkest night sky of any mid-sized American city. The International Dark Sky Association is based in Tucson and headed up the movement to preserve the whimsical treasures of the night sky through strict light ordinances, allowing vibrant and plentiful views of every known constellation. Nearby natural parks are fantastic spots for stargazing, particularly Oracle State Park north of Tucson, which is a designated International Dark Sky Park. 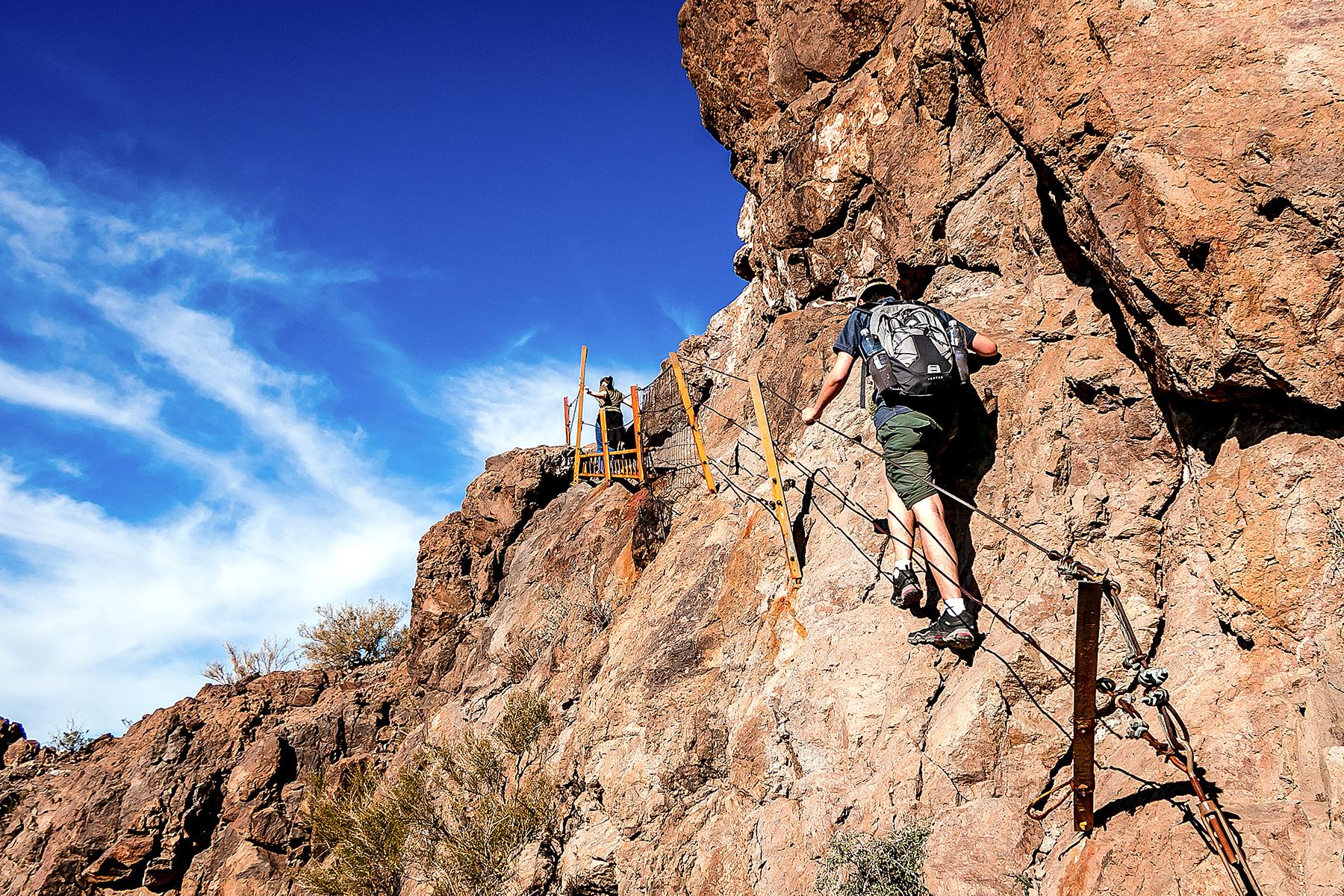 You might not think a hot, dry desert that often exceeds 100-degree temperatures by April offers much in the way of natural cooldowns. Think again. Trails such as Romero Pools at Catalina State Park or Sabino Canyon’s Seven Falls allow you to splash down at the end of your uphill efforts. There are also hikes that come with other forms of bragging rights. For instance, you haven’t captured an impressive uphill-bound photo until you’ve been documented risking life and limb on the hand-over-hand cable crawl up the high walls of Picacho Peak, which looms like a giant anthill in the flat stretch of land between Tucson and Phoenix.

INSIDER TIPBe sure to pack fast-drying socks and footwear if you tackle Romero Pools or Seven Falls when water is flowing in early springtime. Also, no matter the forecast or temperature, always pack at least a liter of water and wear/pack plenty of sunscreen for every hike. 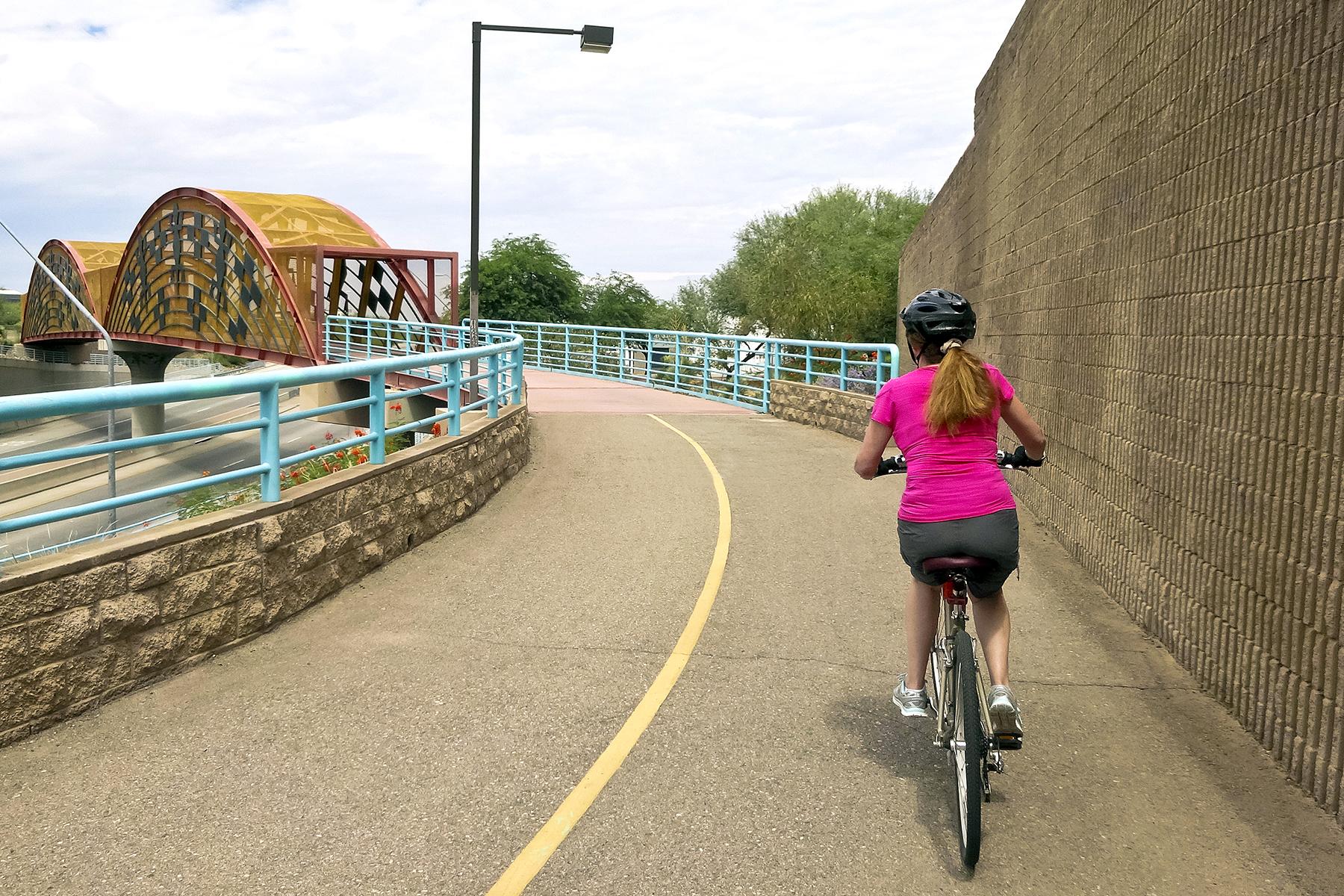 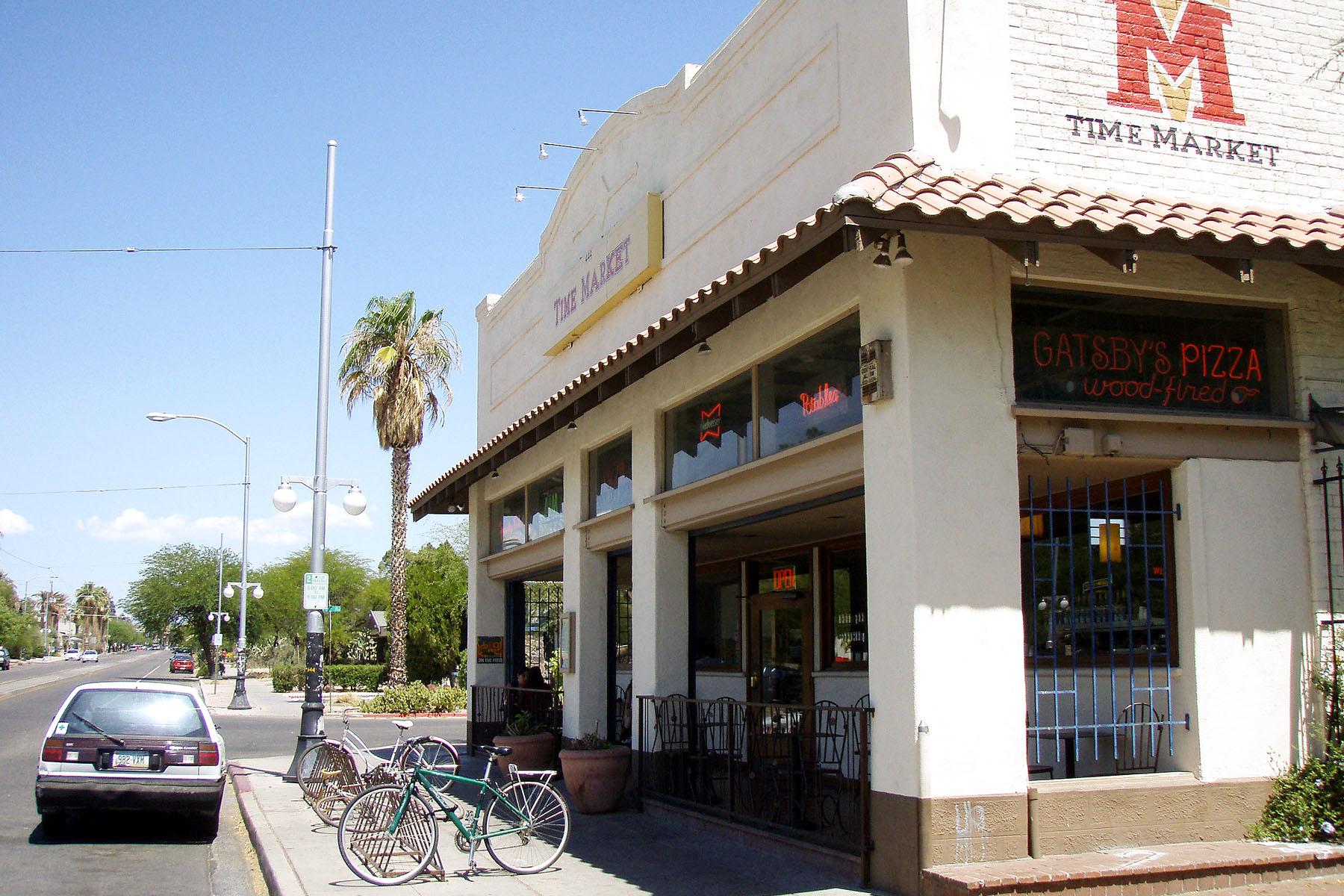 Hipster and Cultural Offerings Near the University of Arizona

Go to this part of town to check out a Broadway-caliber show at Centennial Hall, grab groceries or lunch at Time Market or relax and people-watch on a sunny patio. The epicenter of the area is Main Gate Square, a collection of restaurants, shops, and salons that is always bustling with activity, including live music, art, and outdoor festivals. 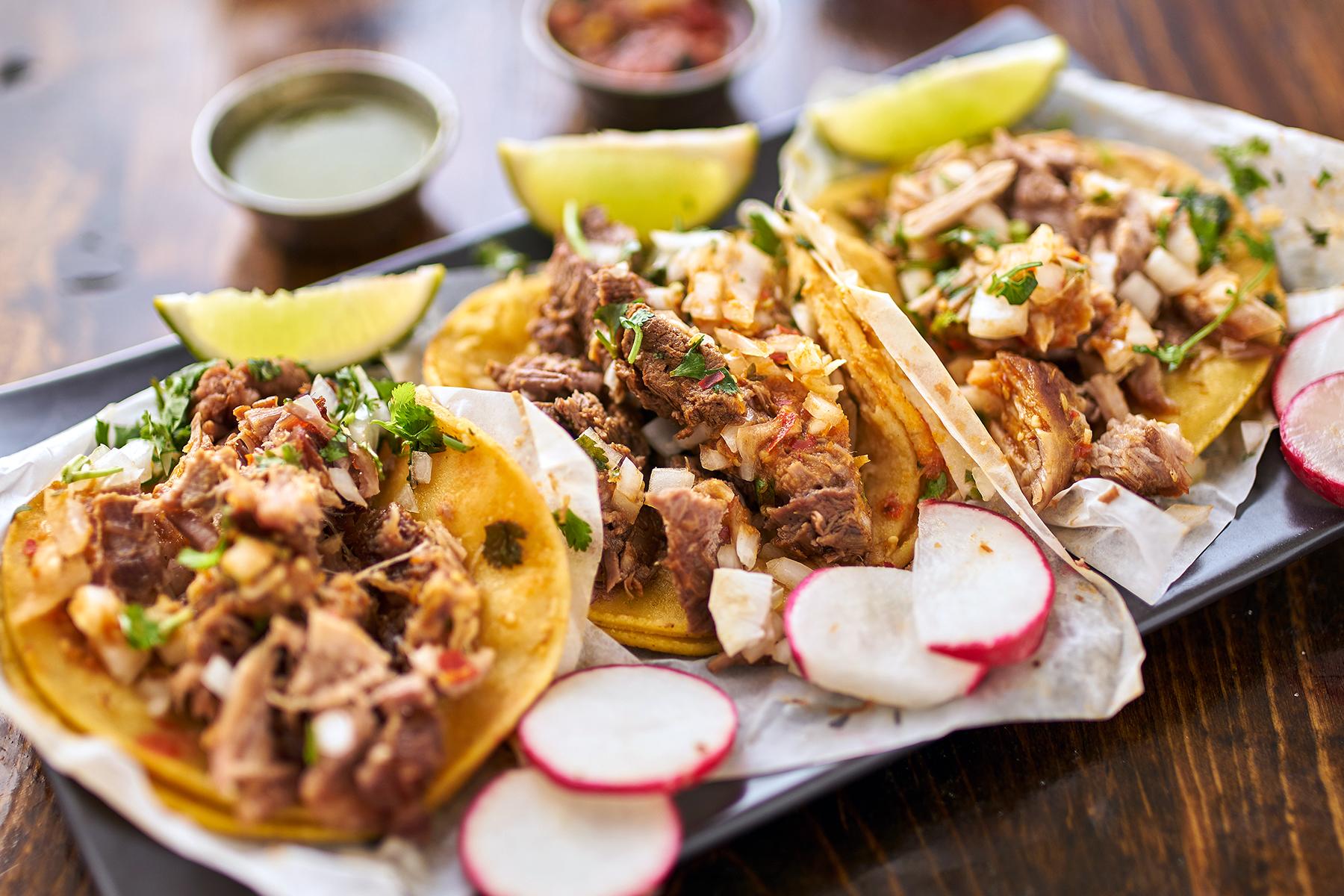 It’s no surprise that authentic Mexican fare is easy to come by with the border just an hour’s drive away, but there are a couple of favorite haunts in which to indulge in the freshest, spiciest specimens in town, some made expertly before your eyes. Guadalajara Original Grill whips up fresh vats of chunky green guacamole twice daily and staff pours salsa ingredients together tableside before distributing mountain-sized meals. El Charro is another long-time local mainstay. When we say long-time, we mean it’s been run by the same family for nearly 100 years … the oldest continuously operating Mexican restaurant in the country. Its margaritas are strong and tart and its founder, Monica Flin, is credited with inventing the chimichanga. 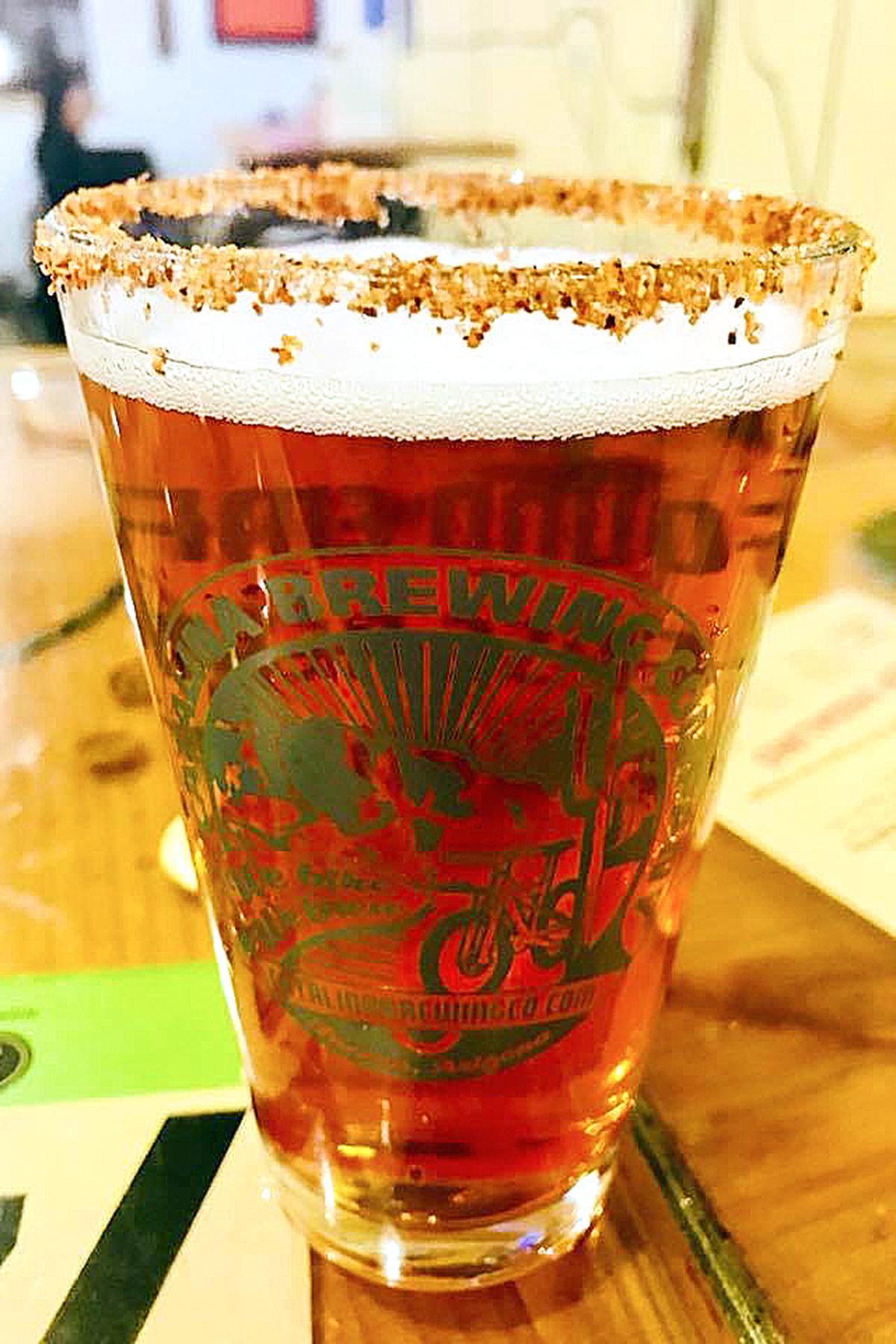 Beer Made With Unusual, Desert-Sourced Ingredients

Prickly pear ale, anyone? Yep, it’s a thing. Try the La Rosa cream ale from Catalina Brewing, one of Tucson’s liveliest and tastiest breweries, which also boasts an amber ale made with agave nectar and an atmosphere spattered with bike décor, making it an ideal destination to reach via the Loop route. More centrally located, Borderlands Brewing conjures a purple-colored pale wheat brew with prickly pear juice as well as thoughtful and tasty IPAs. 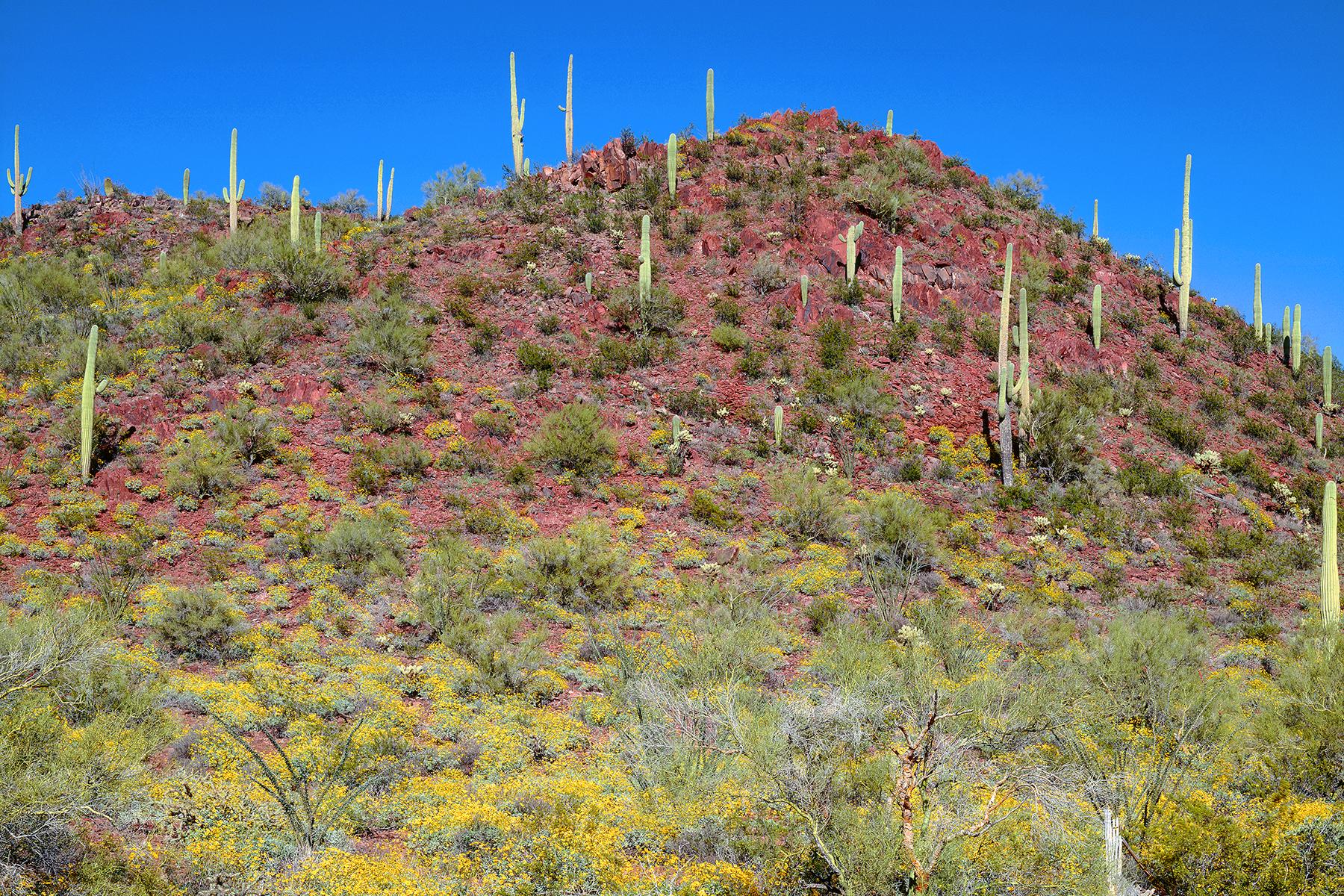 A Rainbow of Wildflowers

If you think flowers can’t bloom in the desert, think again. The sandy landscape is awash with multi-hued blooms, especially in the spring. Even the thorny cacti blossom into bouquets of color, the prickly pear sprouting hats of rich fuchsia flowers, the barrel cactus donning clusters of vibrant yellow and red and the mighty saguaro budding impressive halos of white posies.