On a first drive around Fairbanks, the city appears to be a sprawling conglomeration of strip malls, chain stores, and other evidence of suburbia. But look beyond the obvious in the Interior's biggest town and you'll discover why thousands insist that this is the best place to live in Alaska—most citing the incredibly tight and supportive community.

The hardy Alaskans who refuse to leave during the cold and dark winters share a strong camaraderie. The fight to stave off cabin fever leads to creative festivals, from winter solstice celebrations to midnight baseball in summer. Quirky is celebrated in Fairbanks. But so is the ability to take care of business, no matter the obstacles (including seriously cold temperatures). It takes a special kind of confidence to live here, and that adds to the town’s attractiveness.

Many old homes and commercial buildings trace their history to the city's early days, especially in the downtown area, with its narrow, winding streets following the contours of the Chena River. Even if each year brings more chain stores, the beautiful hillsides and river valleys remain. And the farmers' market here is a stunner. Of course, there is Fairbanks's fall, winter, and spring bonus: being able to see the aurora, or northern lights, an average of 243 nights a year.

These magic lights were a common sight to the Alaska Natives who lived and traveled through Interior Alaska for thousands of years. But outsiders started coming to Fairbanks for the view all because of one guy's bad day: in 1901 E.T. Barnette, a merchant traveling upstream, was forced to leave the boat with all his trading goods at a wooded spot in the middle of nowhere along the Chena River because the water was too shallow to pass. While awaiting passage farther east, Barnette's luck took a turn for the wonderful when an Italian prospector discovered gold 12 miles north of Barnette's settlement the next summer. The resulting gold rush created customers for his stockpile of goods and led to the birth of Fairbanks, which for a brief time became the largest and wealthiest settlement in Alaska.

The city is making some real efforts to preserve what's left of its gold-rush past, most notably in the 44-acre Pioneer Park, where dozens of cabins and many other relics were moved out of the path of progress. Downtown Fairbanks began to deteriorate in the 1970s, before and after the boom associated with the building of the Trans-Alaska Pipeline. But the downward spiral ended long ago and most of downtown has been rebuilt.

One symbol of downtown's renaissance and a good first stop is the Morris Thompson Cultural and Visitors Center. The pride of downtown, the center represents a very successful collaboration between Explore Fairbanks (run by the city's convention and visitors bureau), the Alaska Public Lands Information Center, and the Tanana Chiefs Conference, whose goals include preserving local languages, knowledge, and customs, and promoting pride among Alaska Native youth. In addition to an impressive museum that will introduce you to the region's wonders, you'll find everything you need to plan the rest of your touring. You should also check out the University of Alaska Museum of the North, whose building is full of soothing, swooping lines that evoke glaciers, mountains, and sea life. The museum's collection of material about Alaska is among the state's best.

The light show often begins simply, as a pale yellow-green luminous band that arches across Alaska's night sky. Sometimes the band will quickly

Elsewhere In Fairbanks, the Yukon, and the Interior

A trip through the Fortymile Country up the Taylor Highway will take you back in time more than a century—when gold was the lure that...

For a break from the buzz of the George Parks Highway, take a detour in Nenana (rhymes with "banana"), a town of approximately 380 people...

When you drive north of Fairbanks you enter territory where people are few and far between. Away from the thin line of the highways spread...

See All Places In Fairbanks, the Yukon, and the Interior
Trending Stories
Outdoors
Denali Rangers Have Warnings for Overconfident Would-be Climbers in 2022
More
Trip Ideas
25 Ultimate Things to Do in Alaska
More 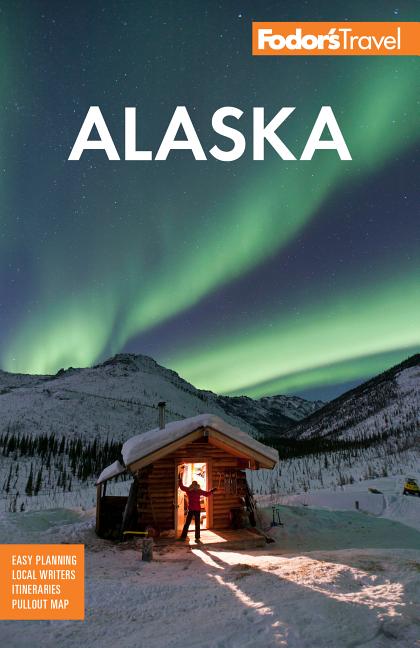