Time in Bilbao ("Bilbo" in Euskera) may be recorded as BG or AG (Before Guggenheim or After Guggenheim). Seldom has a single monument of art and architecture so radically changed a city. Frank Gehry's stunning museum, Norman Foster's sleek subway system, the Santiago Calatrava glass footbridge and airport, the leafy César Pelli Abandoibarra park and commercial complex next to the Guggenheim, and the Philippe Starck Azkuna Zentroa cultural center have contributed to an unprecedented cultural revolution in what was once the industry capital of the Basque Country.

Greater Bilbao contains almost 1 million inhabitants, nearly half the total population of the Basque Country. Founded in 1300 by Vizcayan noble Diego López de Haro, Bilbao became an industrial center in the mid-19th century because of the abundance of minerals in the surrounding hills. An affluent industrial class grew up here, as did the working class in suburbs that line the Margen Izquierda (Left Bank) of the Nervión estuary.

Bilbao's new attractions get more press, but the city's old treasures still quietly line the banks of the rust-color Nervión. The casco viejo (old quarter)—also known as Siete Calles (Seven Streets)—is a charming jumble of shops, bars, and restaurants on the river's right bank, near the Puente del Arenal. This elegant proto-Bilbao nucleus was carefully restored after devastating floods in 1983. Throughout the casco viejo are ancient mansions emblazoned with family coats of arms, wooden doors, and fine ironwork balconies. The most interesting square is the 64-arch Plaza Nueva, where an outdoor market is pitched every Sunday morning.

Walking the banks of the Nervión is a satisfying jaunt. After all, this was how—while out on a morning jog—Guggenheim director Thomas Krens first discovered the perfect spot for his project, nearly opposite the right bank's Deusto University. From the Palacio de Euskalduna upstream to the colossal Mercado de la Ribera, parks and green zones line the river. César Pelli's Abandoibarra project fills in the half mile between the Guggenheim and the Euskalduna Bridge with a series of parks, the Deusto University library, the Meliá Bilbao Hotel, and a major shopping center.

On the left bank, the wide, late-19th-century boulevards of the Ensanche neighborhood, such as Gran Vía (the main shopping artery) and Alameda de Mazarredo, are the city's more formal face. Bilbao's cultural institutions include, along with the Guggenheim, a major museum of fine arts (the Museo de Bellas Artes) and an opera society (Asociación Bilbaína de Amigos de la Ópera, or ABAO) whose program includes 47 performances attended by more than 90,000 spectators. In addition, epicureans have long ranked Bilbao's culinary offerings among the best in Spain. Attention, fútbol fans: don't miss a chance to ride the trolley line, the Euskotren, for a trip along the river from Atxuri Station to Basurto's San Mamés soccer stadium, reverently dubbed "La Catedral del Fútbol" (The Cathedral of Football). 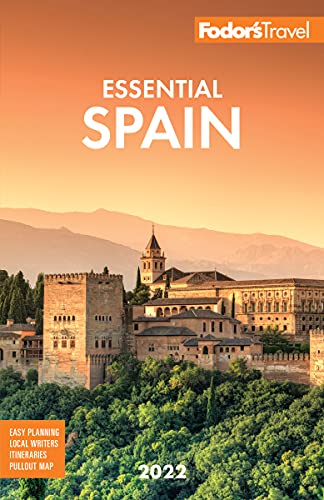