If you want to feel the fear in Transylvania, give Dracula’s Castle a miss and head to any of the region’s other atmospheric haunts.

Bran Castle is marketed as Dracula’s home and attracts tourists in their droves. In reality, neither Bram Stoker nor his possible inspiration, Vlad the Impaler, had any particular connection to it. While Bran Castle looks the part with its high walls and Gothic turrets, it is distinctly lacking the fear factor. If you really want to experience the heebie-jeebies in Romania, seek out Transylvania’s spooky forests, haunted medieval buildings, and mystical mountains. With barely a vampire in sight, these 10 paranormal hotspots more than deliver. 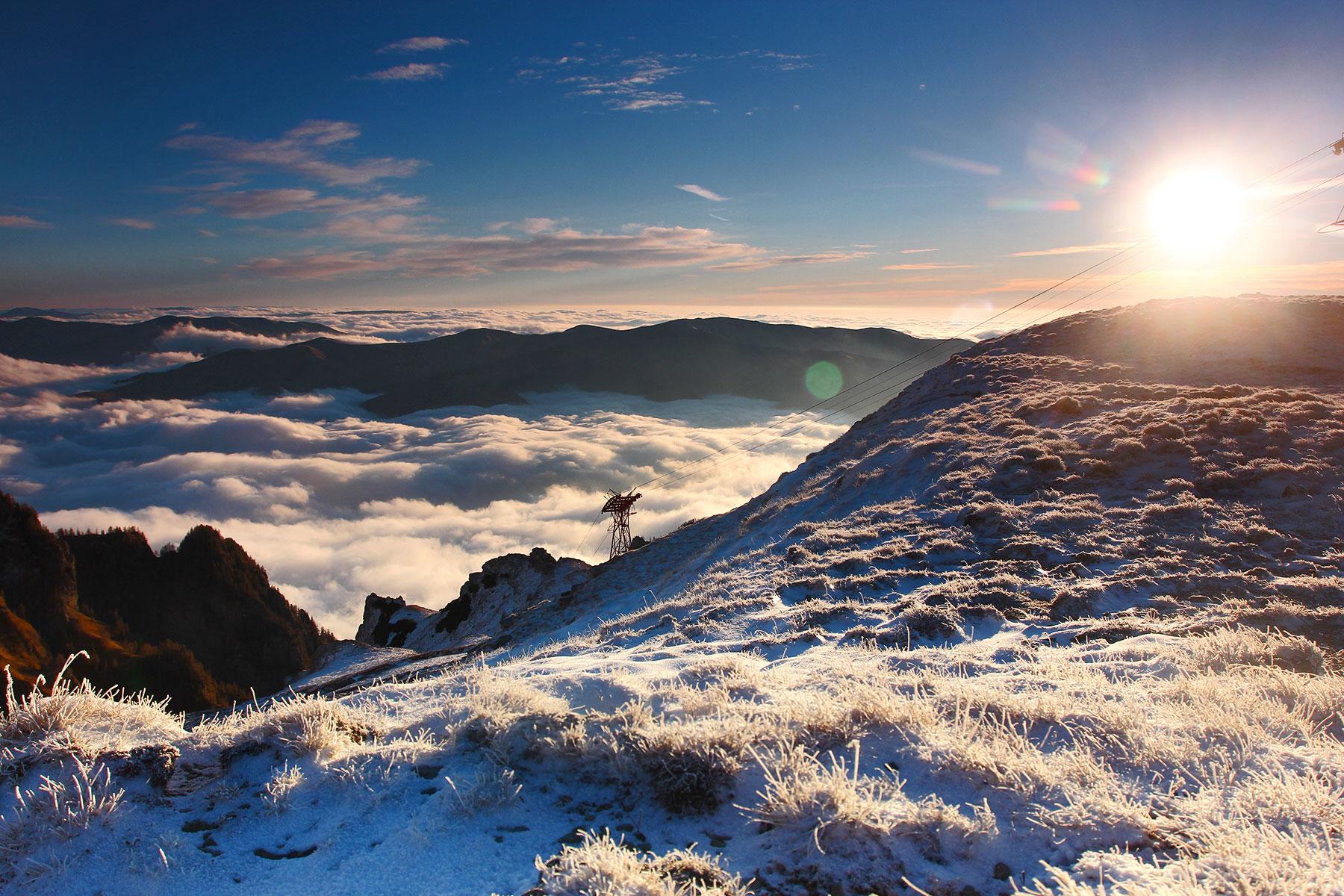 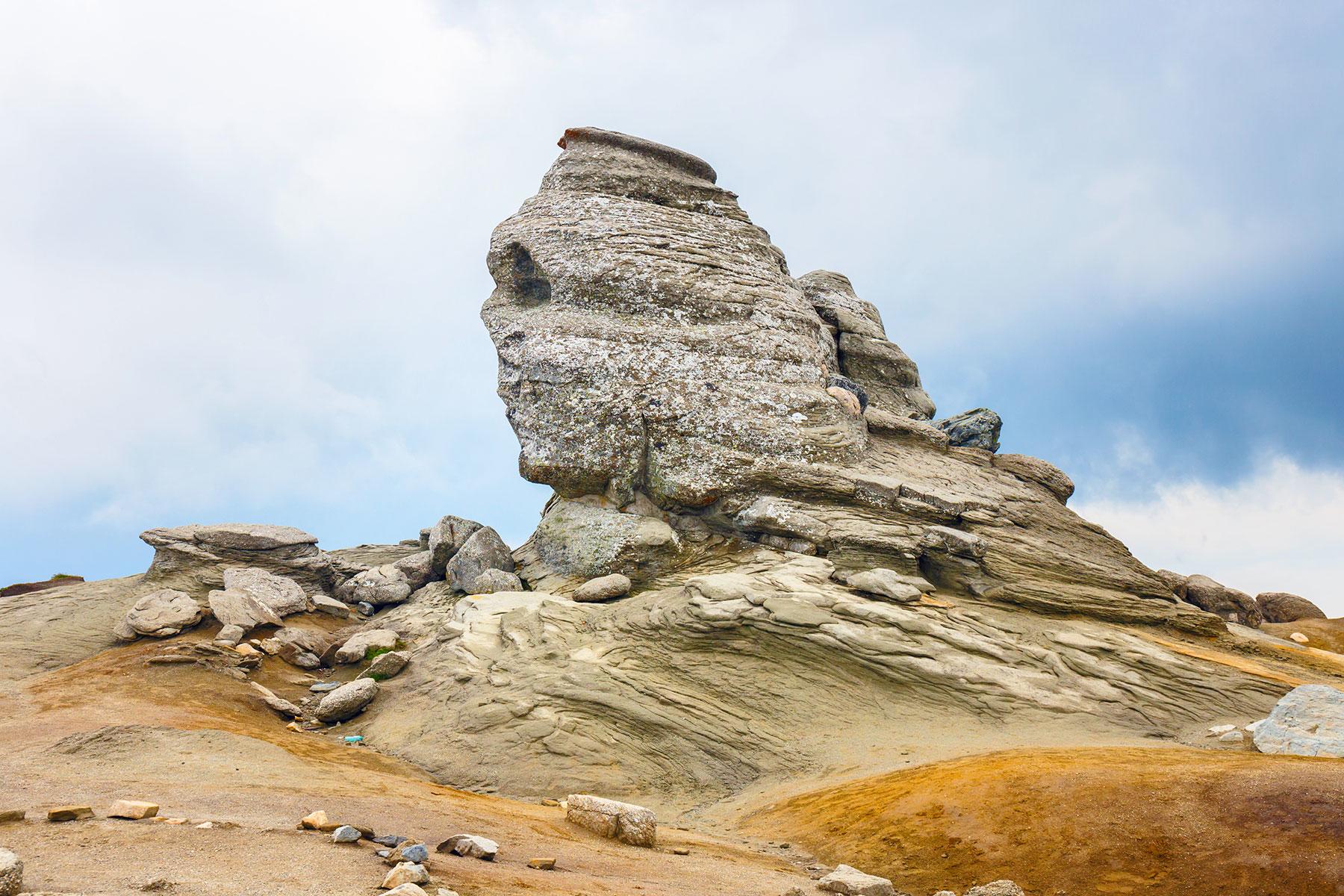 PHOTO: Dziewul/Shutterstock
Previous Next
1 OF 10

The dramatic Bucegi Mountains are the gateway to Transylvania for visitors arriving from Bucharest, but are they also the gateway to other realms? Some people swear they are, while others claim they are the headquarters of an alien race. The mountains are home to the “Romanian Sphinx,” a natural rock formation that resembles the Egyptian Sphinx of Giza. Every November 28, pilgrims gather to enjoy an “energetic pyramid”—whatever that may be—of healing energy around the megalith. For every tale of aliens, portals, and phantom paths, there are accounts of good vibes and positive energy. Rumors of a subterranean network of tunnels have inspired a whole rabbit hole of Illuminati conspiracy theories that you don’t even want to go down.

INSIDER TIPTake the cable car up the mountain from Busteni for stunning views of the Prahova Valley and great hiking. Tin foil hat optional. 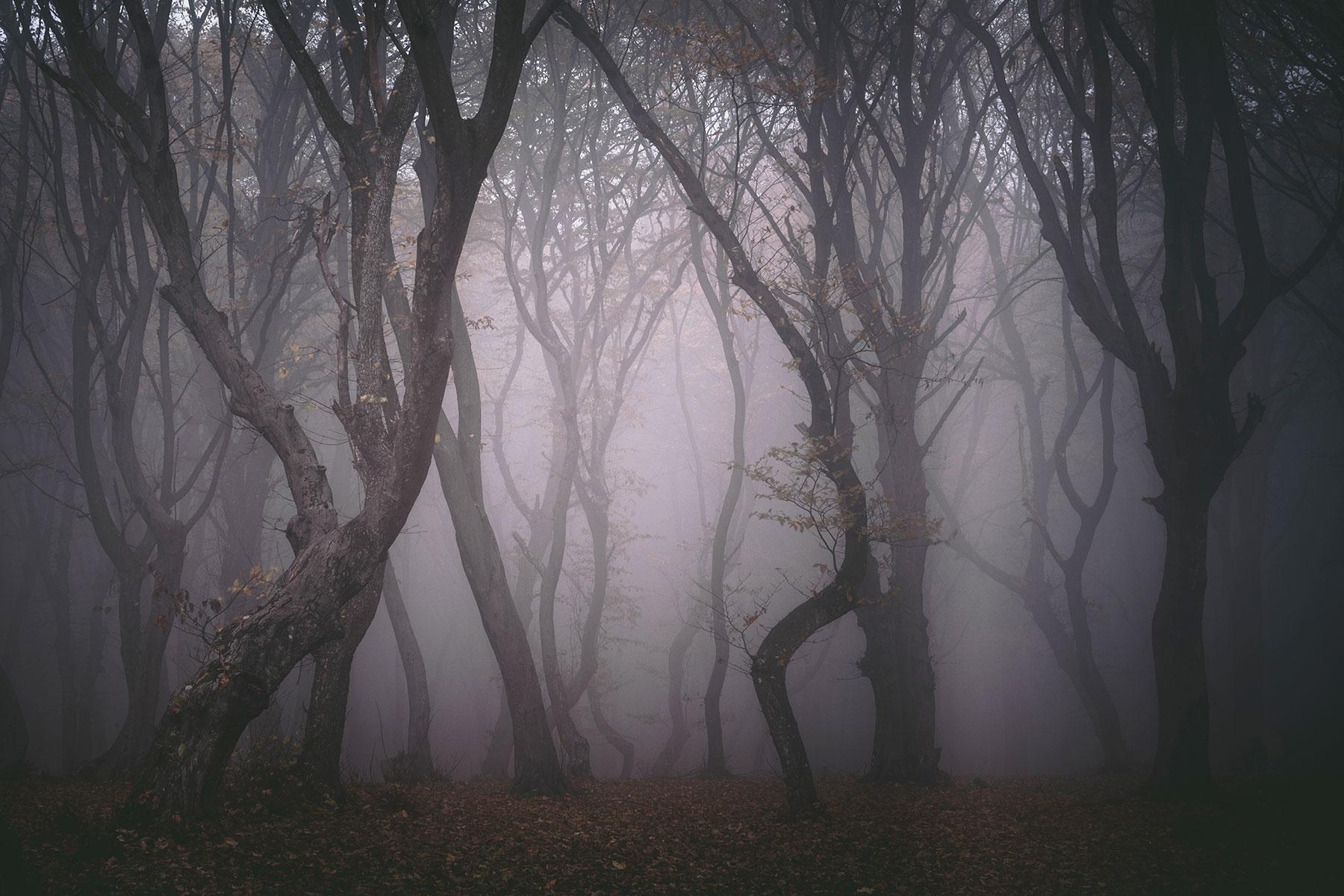 This forest on the outskirts of Cluj-Napoca is so packed with creepy weirdness that even Dracula himself would probably give it a miss. Hoia Baciu is known as “Europe’s Bermuda Triangle” due to stories of people disappearing among its unnatural, twisted trees. In fact, Hoia Baciu is named after a shepherd who went into the forest with 200 sheep and never came out again.

Most of the alleged activity is focused on Poiana Rotunda, a clearing where electromagnetic activity is off the charts, and apparitions and disembodied voices are happy to keep you company. UFOs, lights, and orbs are regularly spotted, and people claim to suffer from unusual physical symptoms such as scratches and nausea. The teams from television shows Ghost Adventures and Destination Truth have already gotten hysterical here in the middle of the night…because who walks in a forest by day? 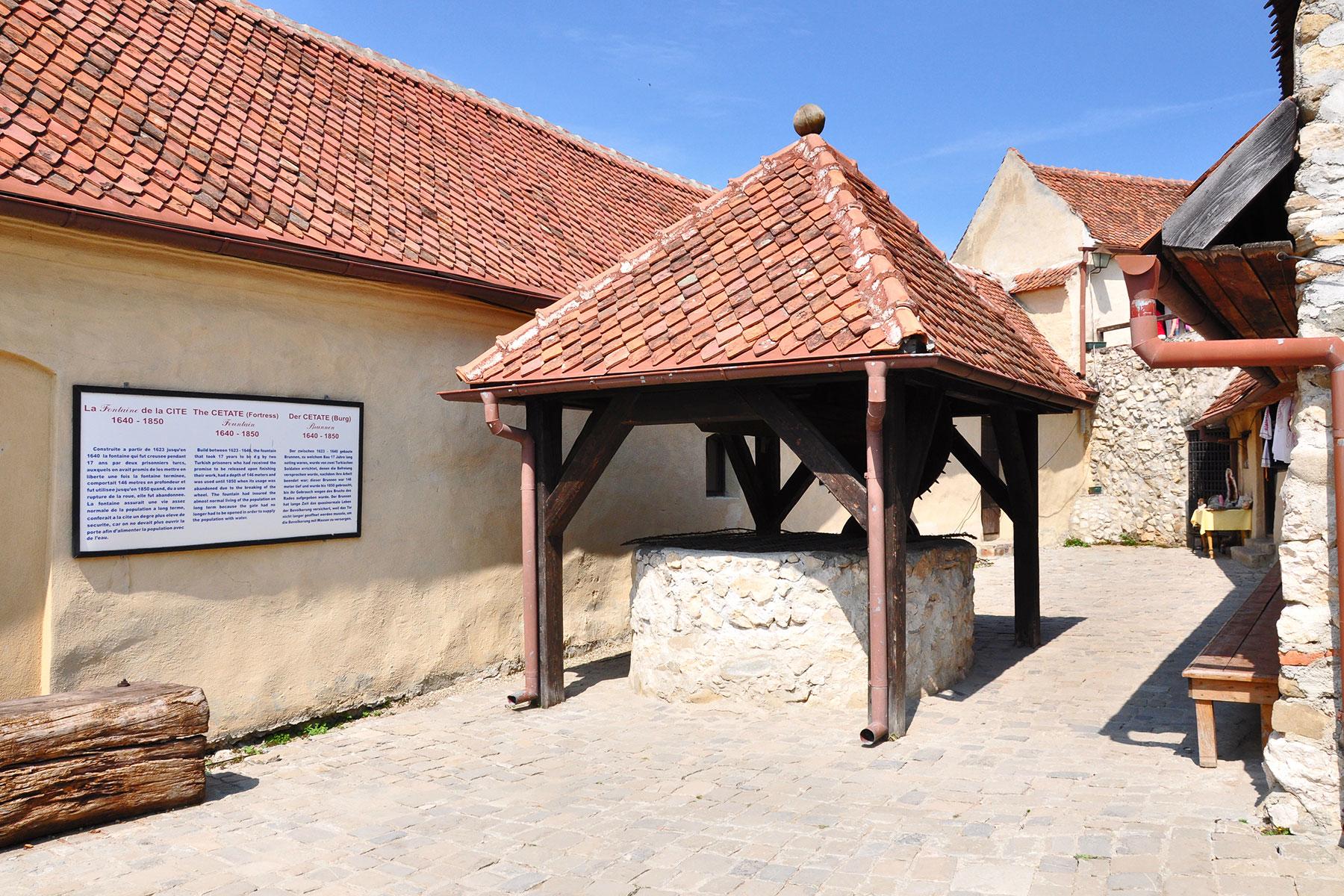 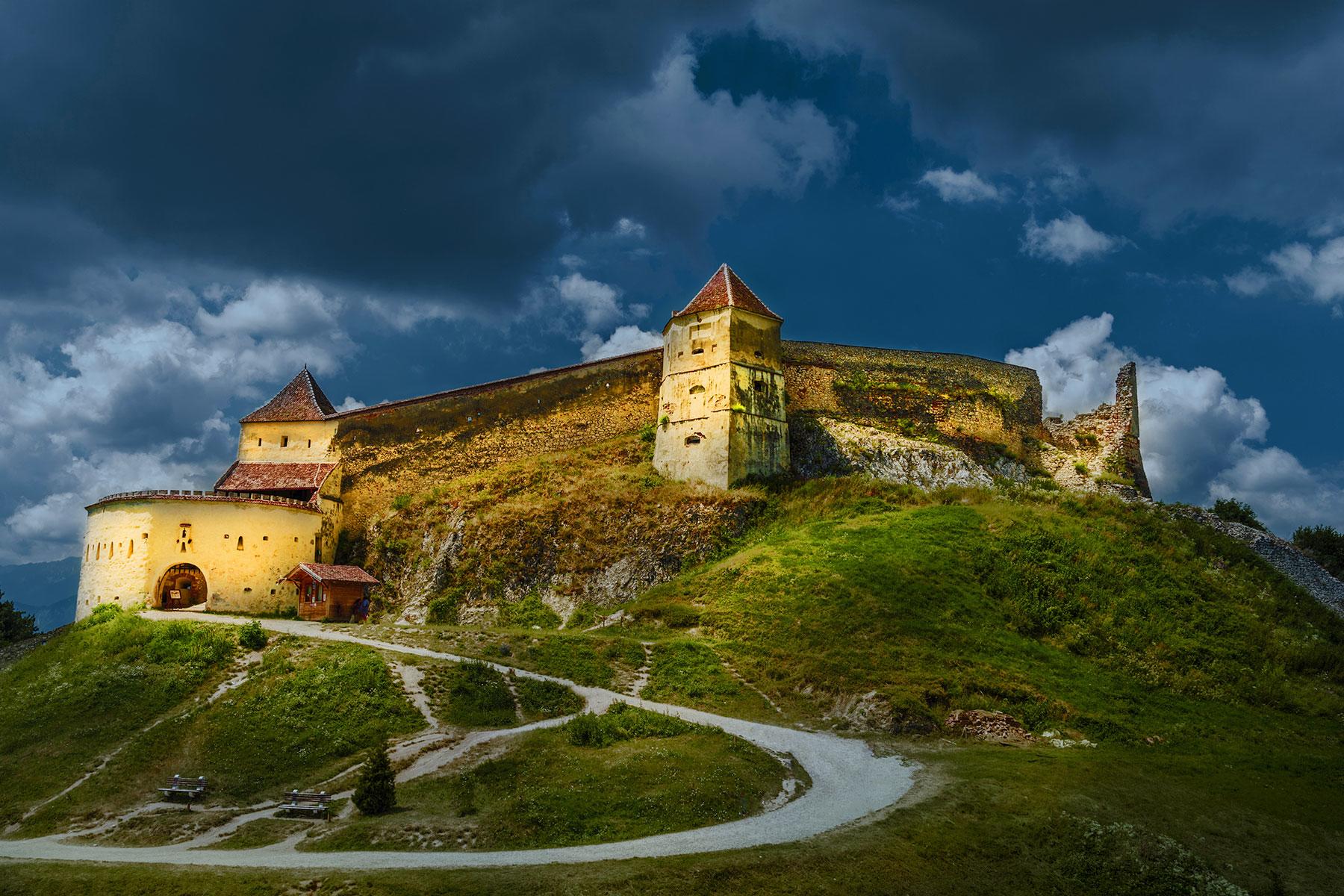 PHOTO: Balate Dorin/Shutterstock
Previous Next
3 OF 10

Rasnov Fortress has earned the moniker the “Fortress of Fear” because of its infamous well and the discovery of human bones. It was built by Teutonic Knights on a hilltop on the route of invading armies. It offered refuge to citizens for long periods of time so Saxons extended the citadel into a small fortified village, which heroically resisted siege after siege. According to legend, in 1623 two Turkish prisoners were forced to dig a well through solid rock in the center of the citadel with the promise of freedom upon its completion. The 470-foot-deep well took 17 years to build, but the soldiers were promptly killed for their efforts. Rightfully miffed by this betrayal, they apparently still haunt the well. Elsewhere in the fortress, people have seen dark moving shadows and entities, felt cold spots, and heard unexplained noises.

INSIDER TIPRasnov is on the road to Bran Castle and accessible by regular buses from Brasov, so combine the two attractions for a culture-filled day trip. 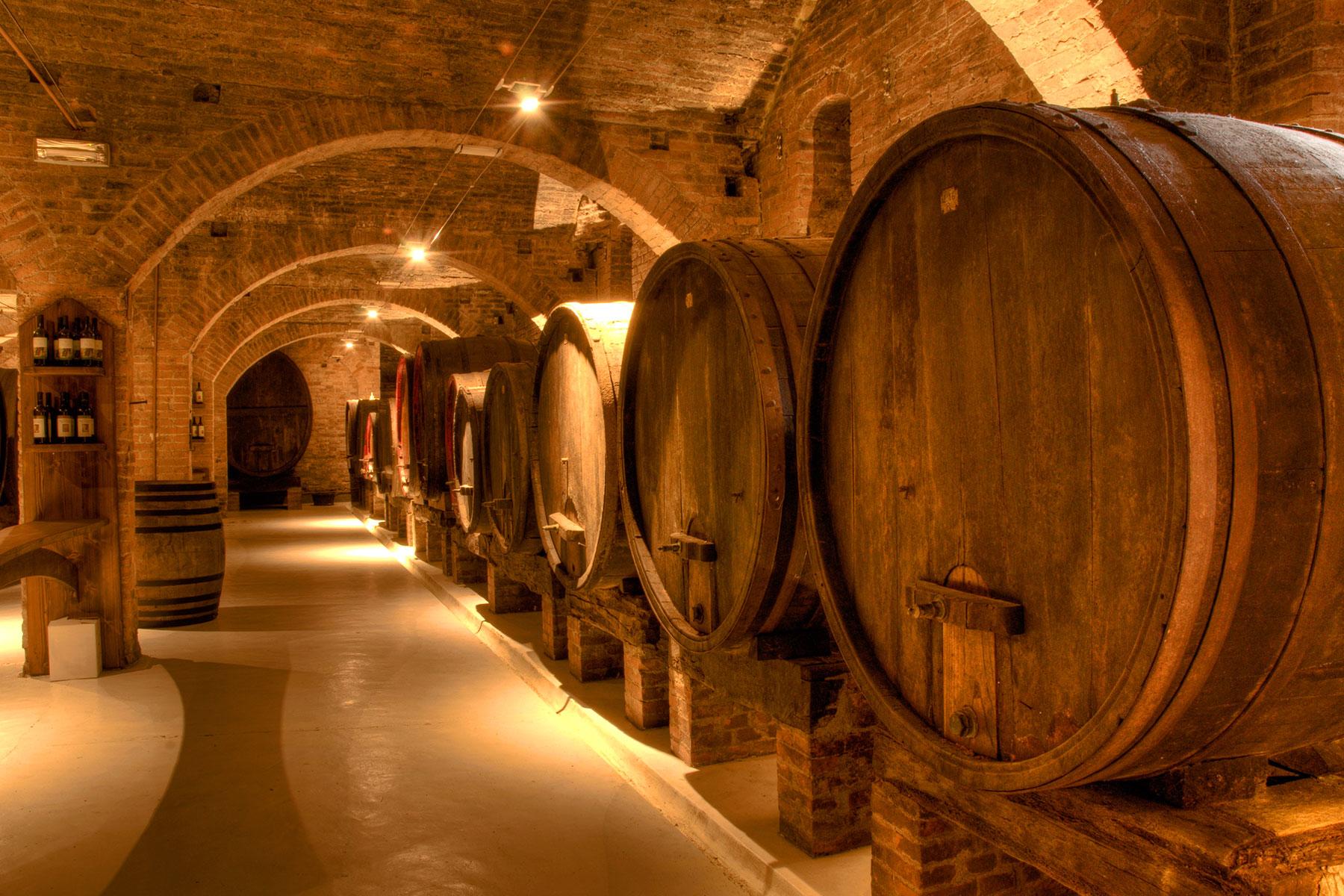 The Teleki Mansion looks like an archetypal haunted house. Once a grand aristocratic house in Ocna Mures, it’s now a crumbling shadow of its former self. The building dates back to the Middle Ages, but its spooky history only began during World War II when it developed a reputation for being thoroughly haunted. Unfortunately, the only local gossip the Russian soldiers believed were the rumors of wine hidden in the mansion’s cellar. Things quickly escalated when the inebriated trespassers began to shoot their guns at the barrels until they burst, letting forth a deluge of crimson wine that drowned the aptly named Red soldiers. As if that wasn’t undignified enough, the locals blamed the ghost, unbeaten defender of the Teleki wine cellar. Murderous ghost: 1, Red Army: 0. 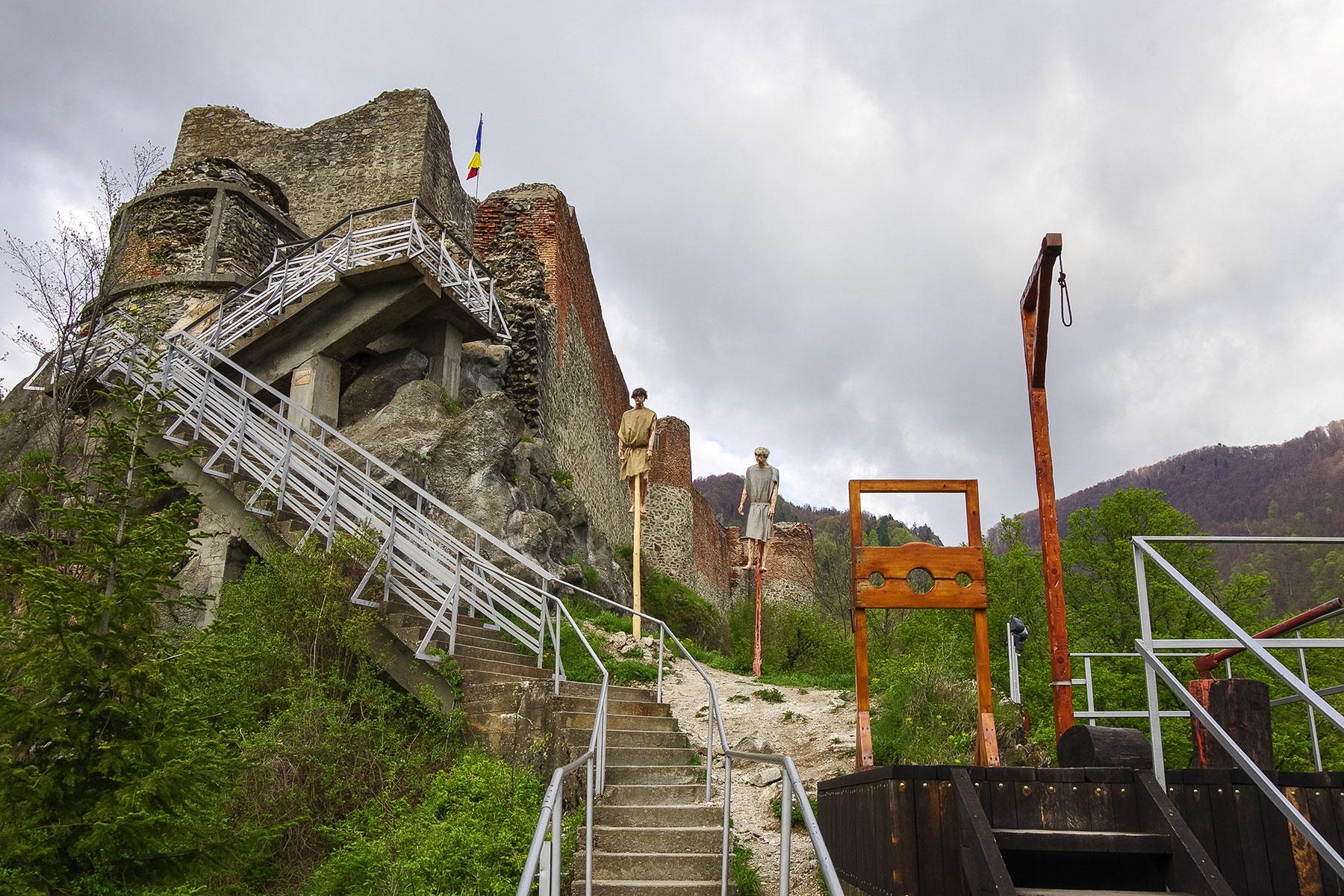 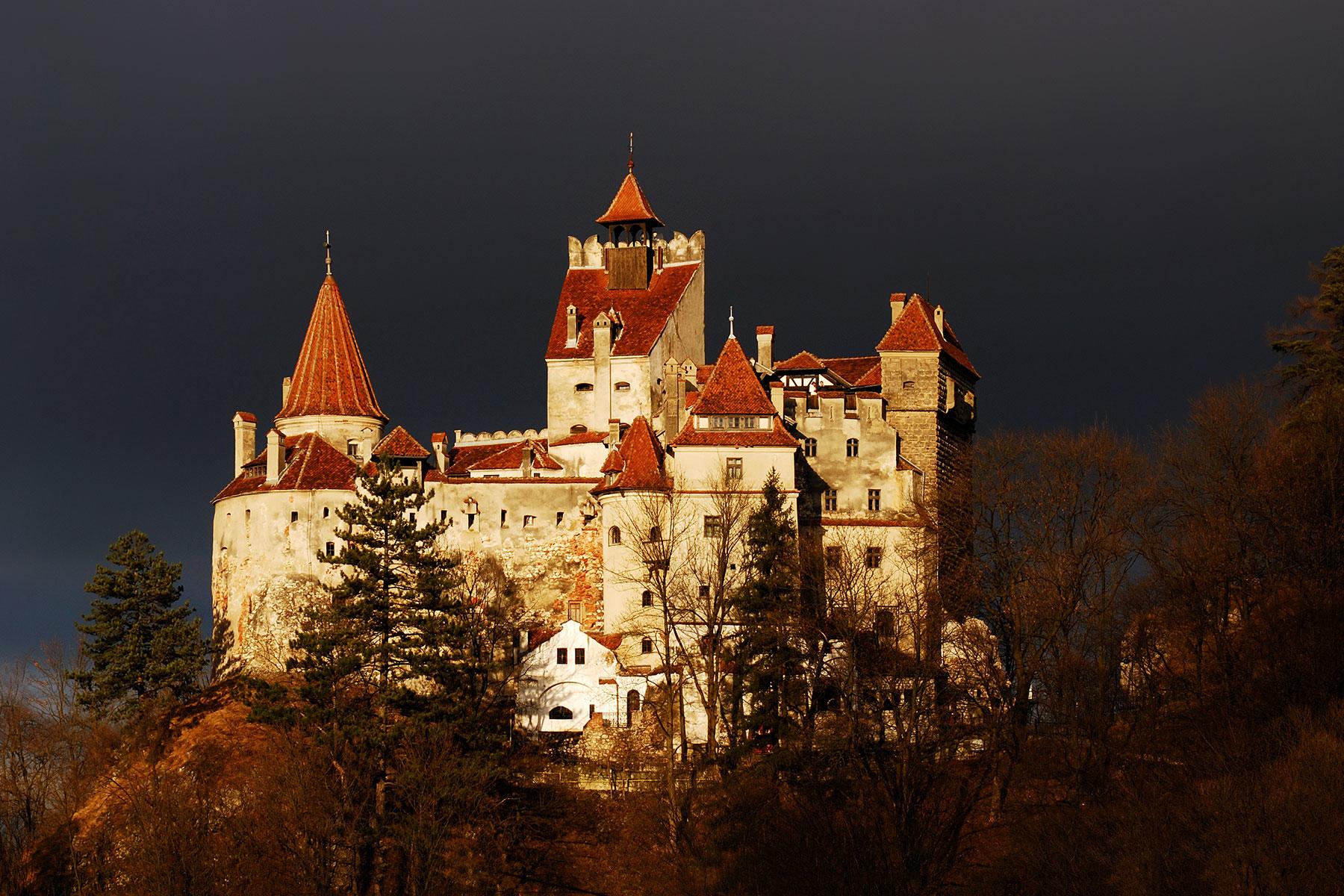 Bran Castle enjoys the limelight, but the hordes of tourists that visit “Dracula’s Castle” usually come away a bit disappointed. Vlad Tepes, the real-life inspiration for the blood-sucking Count, has only the most tenuous of links with the place. Vlad the Impaler actually had a few residences, but Poenari Castle’s eagle nest position atop 1,400 steps is the most remote and imposing. Vlad’s first wife allegedly flung herself from the battlements into the River Arges below as she feared capture by the approaching Ottoman army, but her tormented spirit remains in the fortress. Bizarre sights have been seen from the valley below while investigators who spent the night in the ruins were so scared after seeing eerie floating lights, they fled from the mountain.

INSIDER TIPCombine a road trip on the world famous Transfagarasan Highway with a stop-off at Poenari Castle. 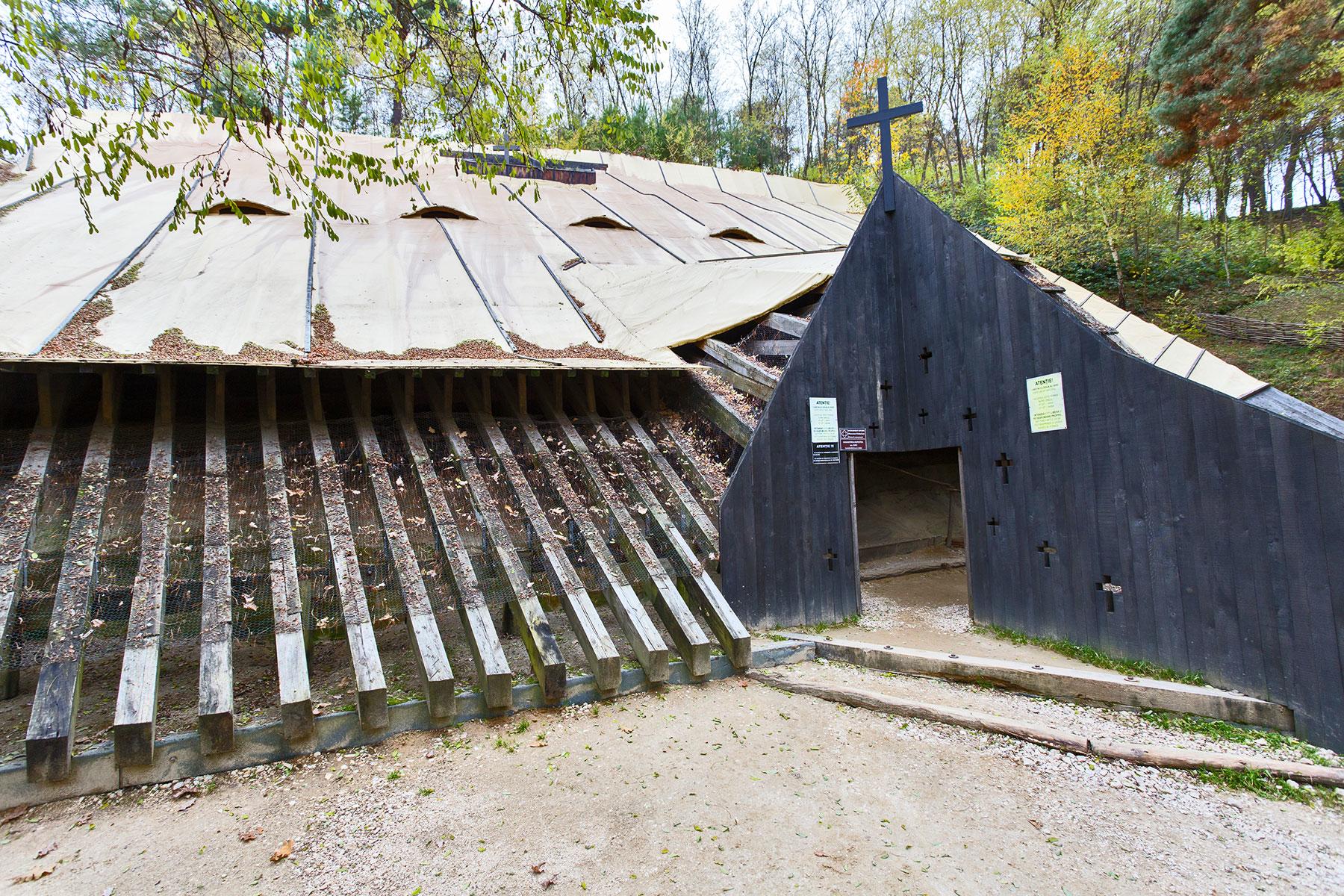 PHOTO: Marugod83 | Dreamstime.com
Previous Next
6 OF 10

Less scary and more spiritual, this cave monastery is steeped in mystery. Sunlight floods in through an opening in the ceiling as the pious and curious stand in a grotto to soak up the divine energy. No one knows who built the underground shrine, but it is thought to be around 7,000 years old. Two of the nine chambers are used as chapels. The walls feature a strange mix of religious symbols, including a Star of David and a yin-yang sign, despite being in the middle of a Christian country. The surrounding grounds house a more traditional monastery and paths that traverse rocks where tales of bizarre phenomena like orbs and UFOs abound.

INSIDER TIPDespite being a popular spot with locals, Sinca Veche isn’t on the tourist trail and you’ll need to arrange private transport to visit it. 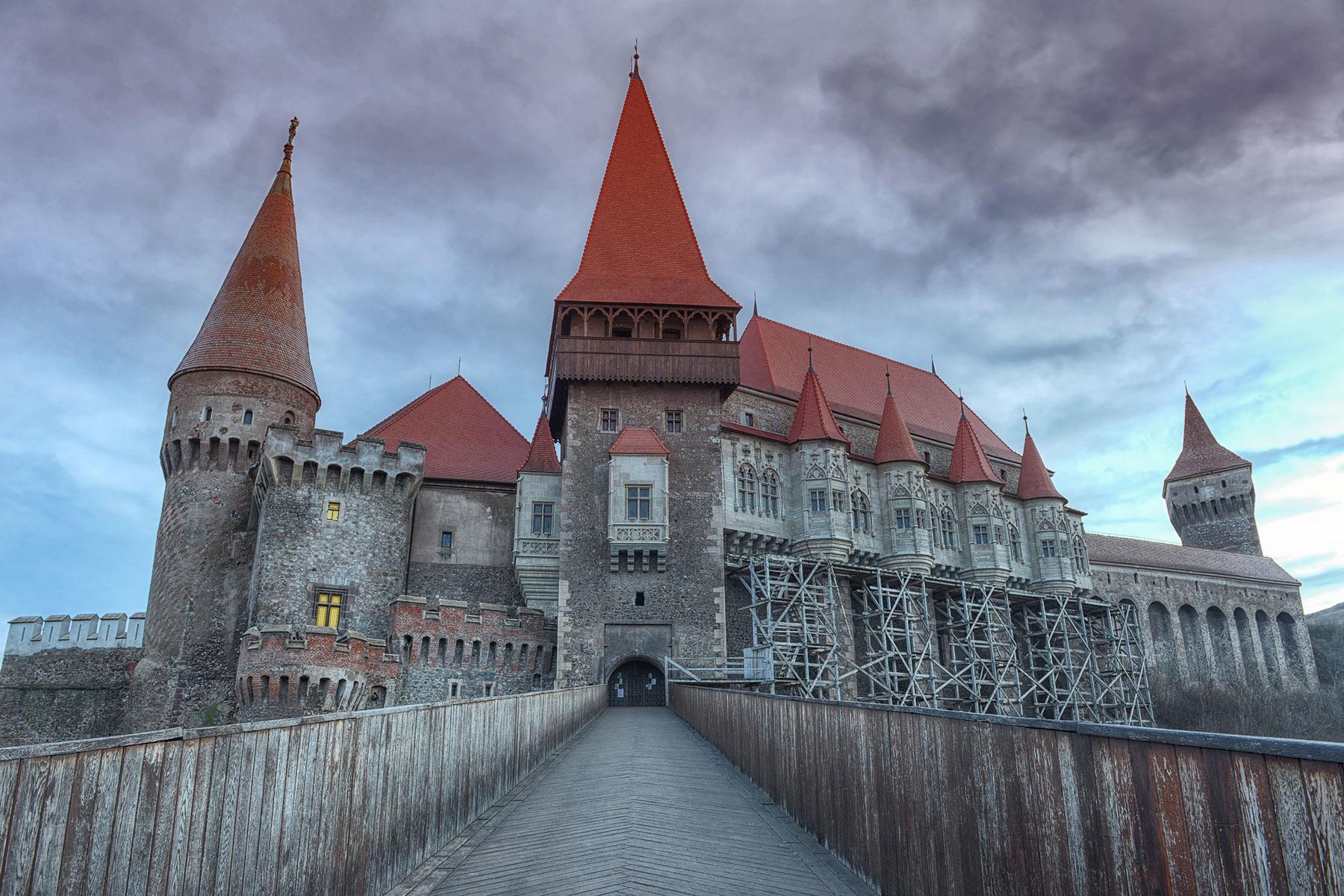 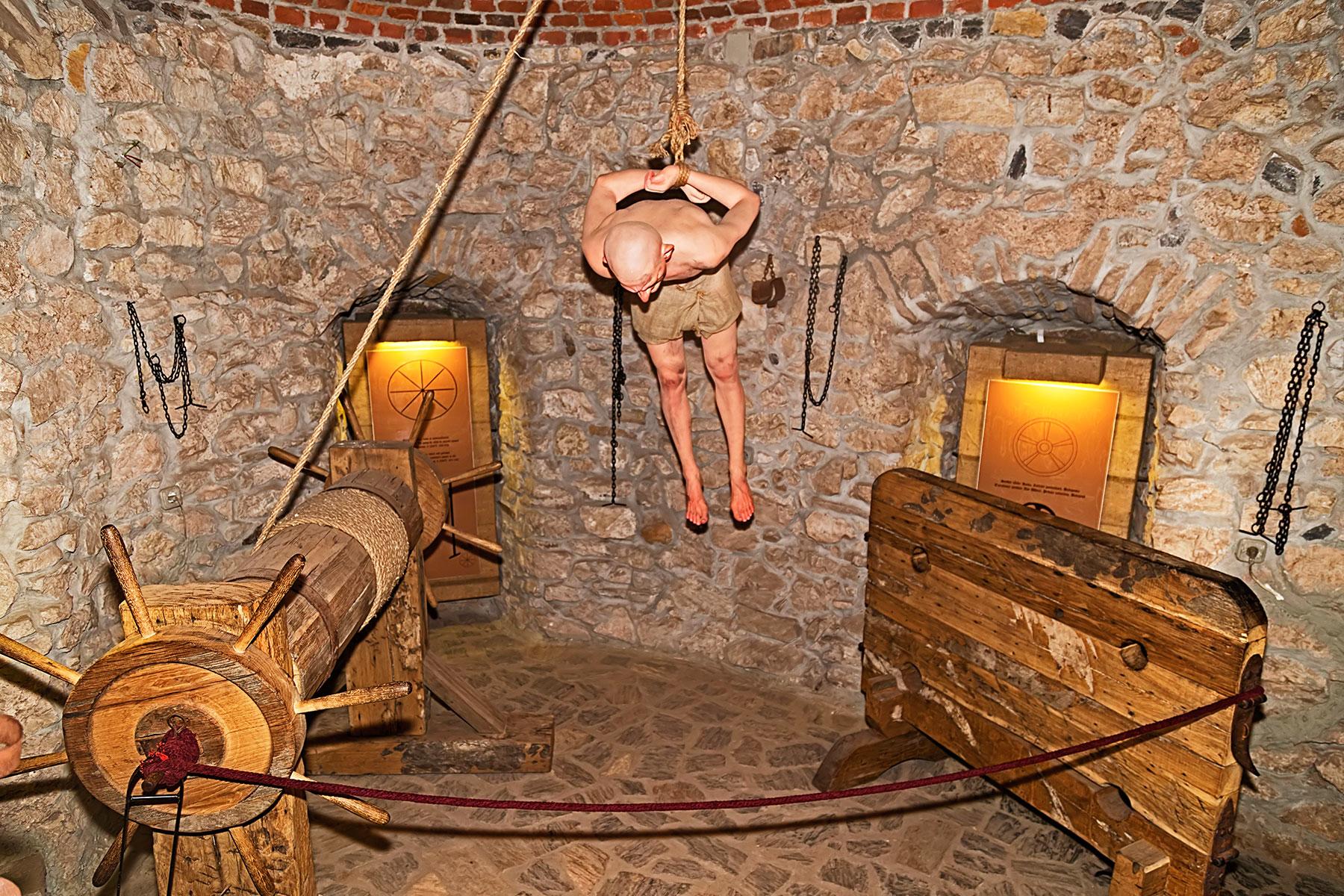 PHOTO: Marugod83 | Dreamstime.com
Previous Next
7 OF 10

With soaring turrets, high buttresses, inner courtyards, and an impressive drawbridge, Corvin Castle in Hunedoara is a fairytale palace come to life. The fantasy soon turns into a Gothic horror when confronted with the ghosts of its past. In a similar story to Rasnov Fortress, three Turkish prisoners were beheaded after the back-breaking task of digging a well despite the promise of freedom on its completion. The prisoners etched their names into the well’s sides along with this chilling message: “You now have water, but you don’t have a soul.” Alongside the obligatory dungeons and torture chambers, a Bear Pit was used to dispose of live prisoners. There has been much speculation around Vlad the Impaler’s imprisonment in the dungeons, and some say that’s how he became the dark and bloodthirsty warlord of infamy. 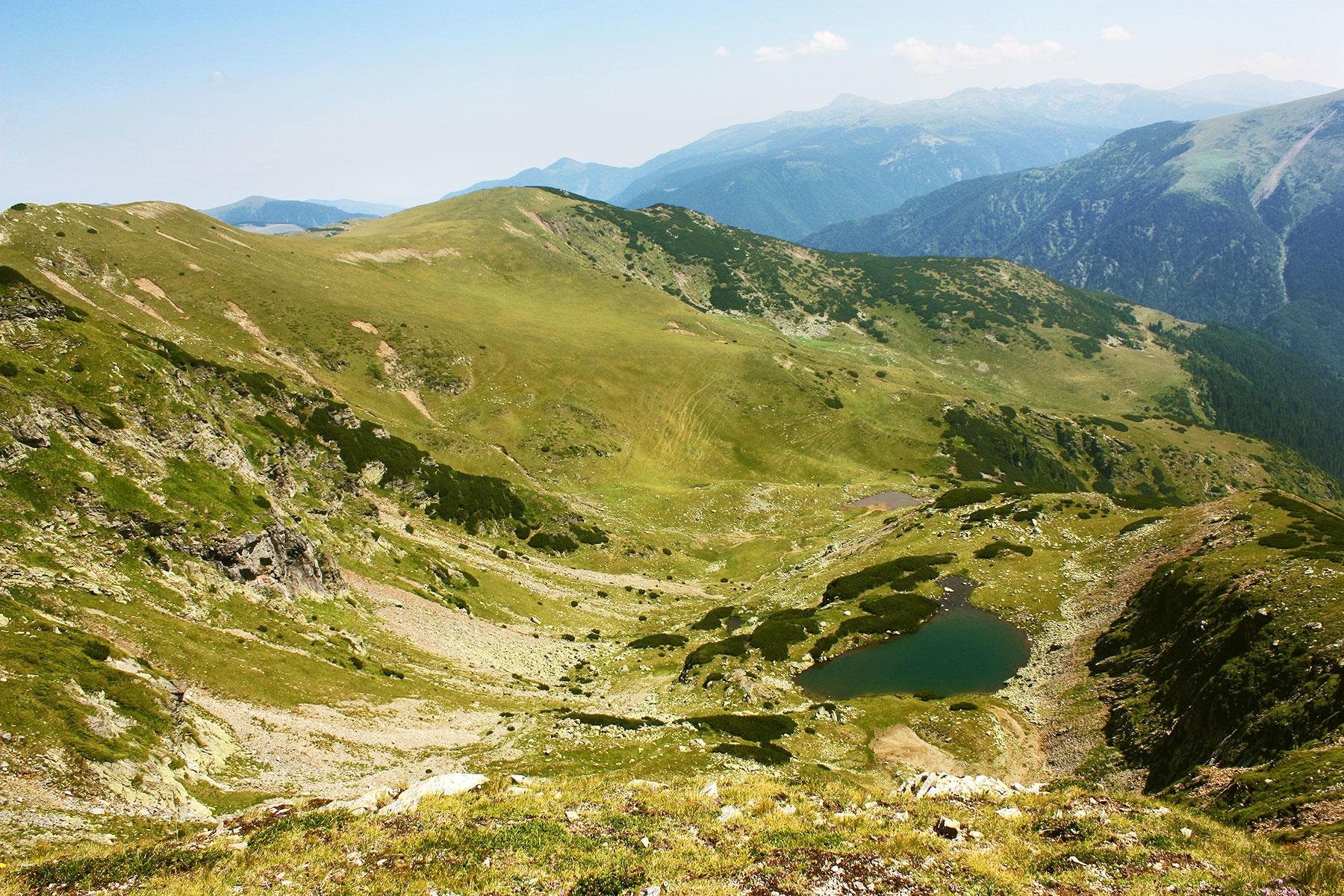 Despite sounding like the name of a Teletubby, Gugu Peak (2,290 meters) is a very serious place. It receives fewer visitors than other mountains in the area—possibly because it has a tendency to disappear. Apparently, this section of the Godeanu Mountains in Retezat National Park isn’t visible during certain hours of the day. Whether that’s because of prevailing weather conditions or supernatural shenanigans is anyone’s guess. As the home of the god Zalmoxis, Dacians considered it their ‘Sacred Mountain” and paranormal researchers still believe it is highly charged with energy. Hikers have reported strange phenomena such as explosions of light shooting out of the peak. 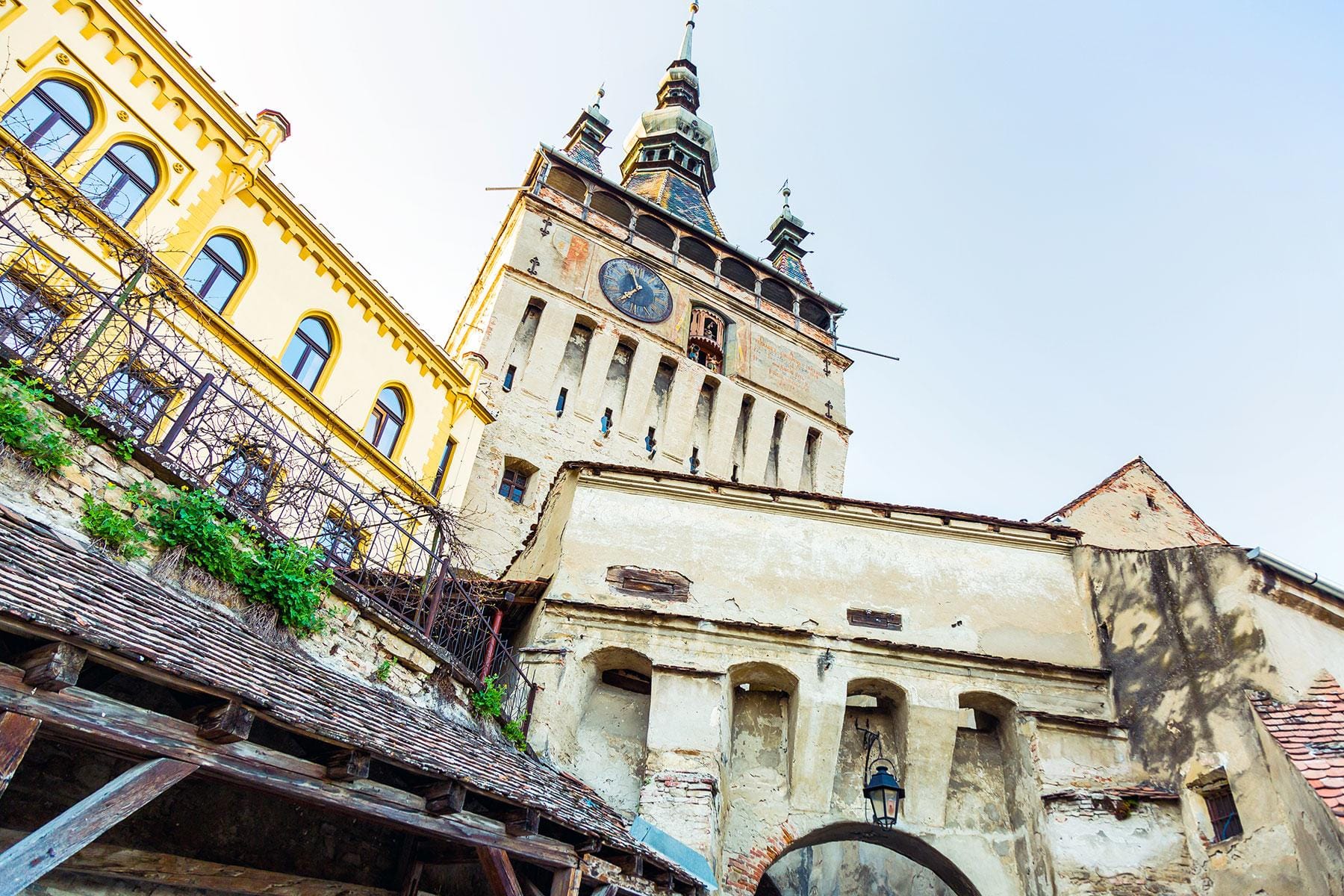 A curious painting in Sighisoara has people wondering if Vlad the Impaler’s hometown was visited by extraterrestrials. The Church of the Dominican Monastery was originally built 700 years ago but burned down in the 17th century. It was rebuilt with the addition of a strange painting that depicts a futuristic object hovering above a church. The painting also has a quote in German that when translated reads “Israel, put your hope in the Lord.” This caption helps to date the painting from at least 1523 when the Bible was first translated into German. Experts think it’s an artist’s interpretation of a religious scene, but since this is Transylvania, anything goes; perhaps it’s a Renaissance-era prediction of the world’s first fidget spinner. 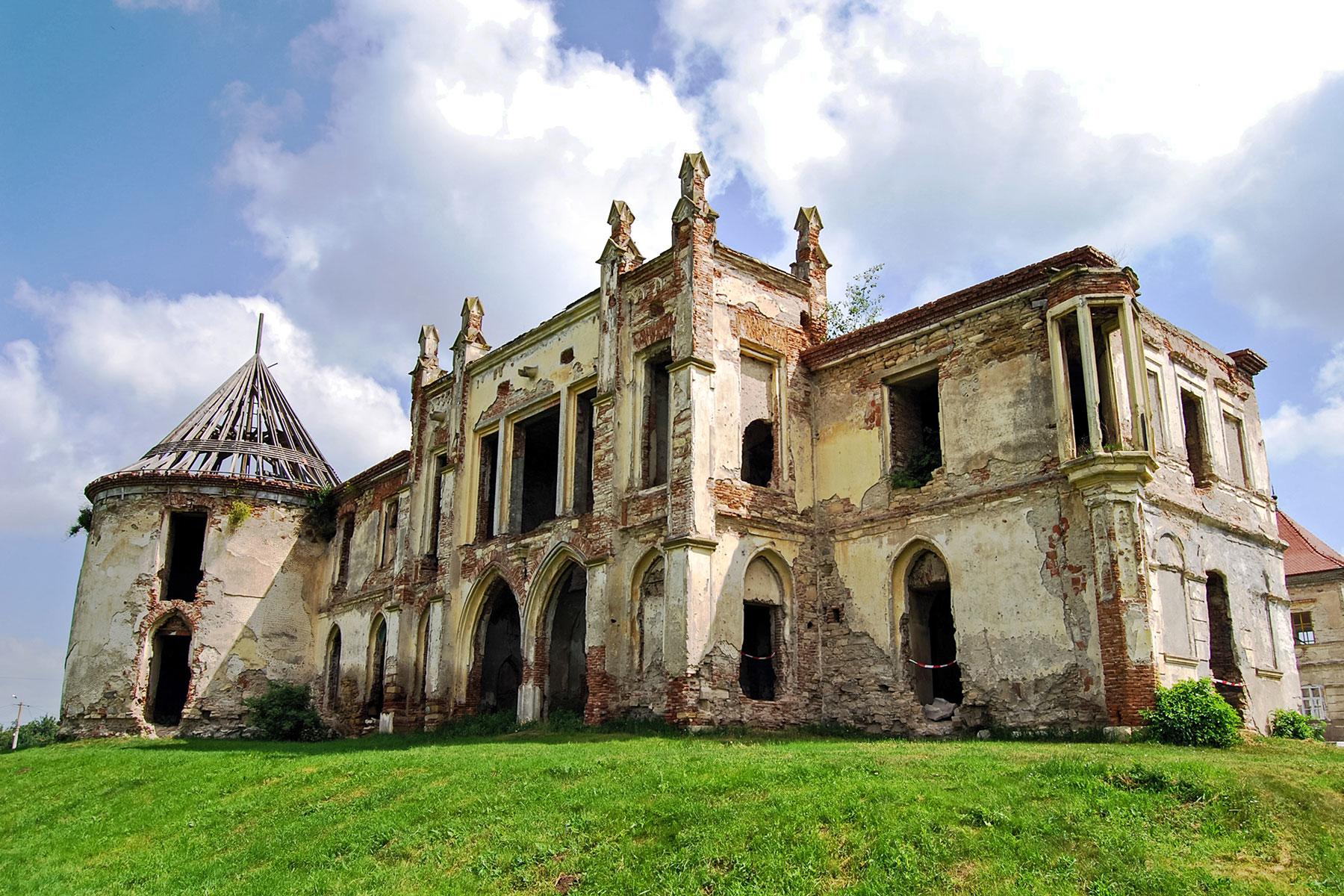 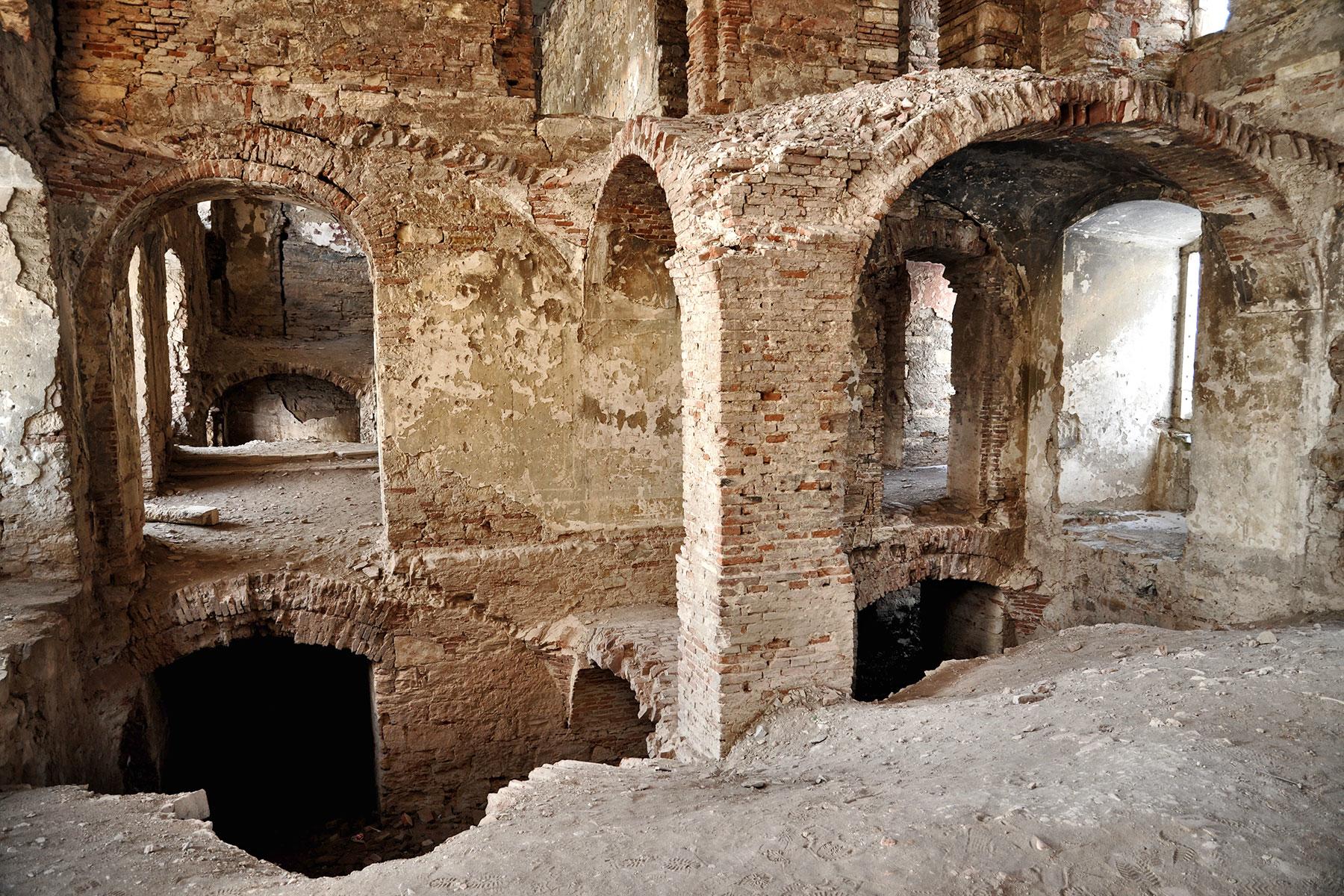 PHOTO: Salajean | Dreamstime.com
Previous Next
10 OF 10

Banffy Castle near the university city of Cluj-Napoca is another popular destination for ghost-hunting TV shows. The creepy castle was built between 1437 and 1543 by the Banffy family, who lived (and died) there until 1944 when they fled from the Nazis. The retreating troops plundered the castle and converted it into a military hospital. Local children have witnessed the sinister shadows of soldiers and heard strange sounds and whispering voices. There have also been sightings of a young man, who is thought to be the stable boy killed by a female resident after finding out a bit too much about her illicit romantic trysts. The castle is currently undergoing extensive restoration work.

INSIDER TIPGet into the spirit and scare off the Banffy ghosts with thousands of fellow revelers at the Electric Castle music festival in July.