In Rome, simple yet traditional cuisine reigns supreme. Most chefs prefer to follow the mantra of freshness over fuss, and simplicity of flavor and preparation over complex cooking techniques. Rome has been known since antiquity for its grand feasts and banquets, and dining out has always been a favorite Roman pastime. Until recently, the city's buongustaii (gourmands) would have been the first to tell you that Rome is distinguished more by its enthusiasm for eating out than for a multitude of world-class restaurants—but this is changing. There is an ever-growing promotion of slow-food practices, a focus on sustainably and locally sourced produce. The economic crisis forced the food industry in Rome to adopt innovative ways to maintain a clientele who were increasingly looking to dine out but want to spend less; the result has been the rise of "street food" restaurants, selling everything from inexpensive and novel takes on the classic supplì (Roman fried-rice balls) to sandwich shops that use a variety of organic ingredients.

Generally speaking, Romans like Roman food, and that’s what you’ll find in many of the city’s trattorias and wine bars. For the most part, today’s chefs cling to the traditional and excel at what has taken hundreds, sometimes thousands, of years to perfect. This is why the basic trattoria menu is more or less the same wherever you go. And it's why even the top Roman chefs feature their versions of simple trattoria classics like carbonara, and why those who attempt to offer it in a "deconstructed" or slightly varied way will often come under criticism. To a great extent, Rome is still a town where the Italian equivalent of "What are you in the mood for?" still gets the answer, "Pizza or pasta."

Nevertheless, Rome is the capital of Italy, and because people move here from every corner of the Italian peninsula, there are more variations on the Italian theme in Rome than you'd find elsewhere in Italy: Sicilian, Tuscan, Pugliese, Bolognese, Marchegiano, Sardinian, and northern Italian regional cuisines are all represented. And reflecting the increasingly cosmopolitan nature of the city, you'll find a growing number of good-quality international foods here as well—particularly Japanese, Indian, and Ethiopian.

Oddly enough, though, for a nation that prides itself on la bella figura ("looking good"), most Romans don't fuss about music, personal space, lighting, or decor. After all, who needs flashy interior design when so much of Roman life takes place outdoors, when dining alfresco in Rome can take place in the middle of a glorious ancient site or a centuries-old piazza?

Until relatively recently, there was a distinct hierarchy delineated by the names of Rome's eating places. A ristorante was typically elegant and expensive, and a trattoria served more traditional, home-style fare in a relaxed atmosphere. An osteria was even more casual, essentially a wine bar and gathering spot that also served food, although the latest species of wine bars generally goes under the moniker of enoteca. All these terms still exist but their distinction has blurred considerably. Now, an osteria in the center of town may be pricier than a ristorante across the street.

Although Rome may not boast the grand caffè of Paris or Vienna, it does have hundreds of small places on pleasant side streets and piazze. The coffee is routinely of high quality. Locals usually stop in for a quickie at the bar, where prices are much lower than for the same drink taken at the table. If you place your order at the counter, ask if you can sit down: some places charge more for table service. Often you'll pay a cashier first, then give your scontrino (receipt) to the person at the counter who fills your order.

How to Order: From Primo to Dolce

In a Roman sit-down restaurant, whether a ristorante, trattoria, or osteria, you're expected to order at least two courses. It could be a primo (first course, usually pasta or an appetizer) followed by a secondo (second course, really a "main course" in English parlance, usually meat or fish); an antipasto (starter) followed by a primo or secondo; or a secondo and a dolce (dessert). Many people consider a full meal to consist of a primo, a secondo, and a dolce.

If you're not too hungry, try a pizzeria, where it's common to order just one dish. The handiest places for an afternoon snack are bars, caffè, and pizzerie. For a quick lunch or dinner, head to a tavola calda, kind of like a cafeteria where you can order from what's available at the counter and sit and eat at a table.

Breakfast (la colazione) is usually served 7 am–10:30 am, lunch (il pranzo) 12:30 pm–2:30 pm, dinner (la cena) 7:30 pm–11 pm. Peak times are around 1:30 pm for lunch and 9 pm for dinner. Enoteche are sometimes open in the morning and late afternoon for snacks. Most pizzerie open at 8 pm and close around midnight or 1 am. Most bars and caffè are open 7 am–8 or 9 pm. Almost all restaurants close one day a week (in most cases Sunday or Monday) and for at least two weeks in August. The city is zoned, however, so that there are always some restaurants in each zone that remain open.

Local regulations are in the process of changing in Rome to give proprietors greater leeway in setting their hours. This is meant to allow establishments to stay open later and make more money in a down economy, and to offer patrons longer hours and more time to eat, drink, and be merry. It has yet to be seen whether Italians will find the law "flexible" and use it as an excuse to close early when they feel like it. Tutto è possibile: anything’s possible in Rome. 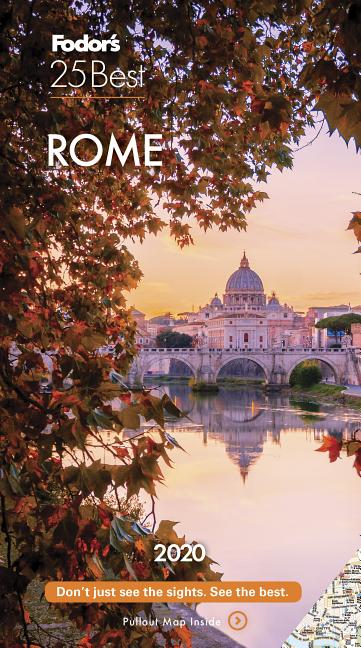