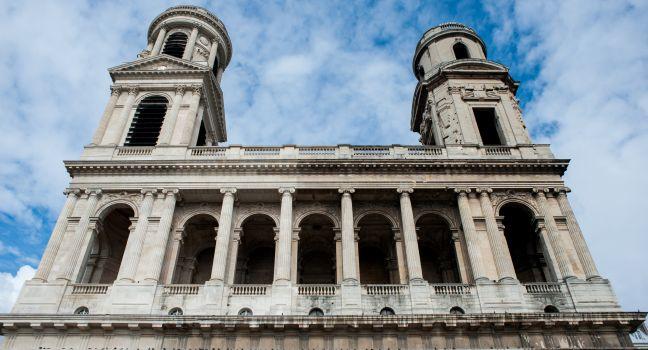 Dubbed the Cathedral of the Rive Gauche, this enormous 17th-century Baroque church has entertained some unlikely christenings—among them those of the Marquis de Sade and Charles Baudelaire—as well as the nuptials of novelist Victor Hugo. More recently, the church played a supporting role in the best-selling novel The Da Vinci Code, and it now draws scores of tourists to its obelisk (part of a gnomon, a device used to determine exact time and the equinoxes, built in the 1730s). Other notable features include the exterior’s asymmetrical towers and two magnificent Delacroix frescoes, which can be seen in a chapel to the right of the entrance. In the square just in front, view Visconti’s magnificent 19th-century fountain—it's especially beautiful at night.

Book an Experience at Paris VIEW ALL