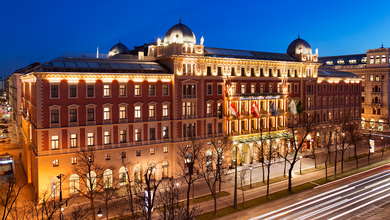 A commanding presence on the quieter part of Ring, the opulent edifice was a masterpiece of architect Theophil Hansen. Located near the former stock exchange, (the Wiener Börse, which was also designed by Hansen), the monolith building was intended as a grand lodging for the 1873 World Expo, but was somehow commandeered by the local police department, which used it as a station until the mid-1990s. It was overhauled, and in 2012 opened as a luxe hotel. The design blends Hansen's 19th Century beauty with 21st Century sensibilities. To that end, the hotel was awarded the European Hospitality Award for Best Use of Technology a year after opening.

At nearly 350 square feet, smallest is large enough to qualify as a studio apartment in most cities. Modish elegance is evident in the wood-paneled walls and heavy doses of natural sunlight that stream in through the broad windows. Each is equipped with Nespress machines, and there is an iPad that controls all the functions in the room.

YOU SHOULD KNOW Rooms are carpeted, so allergy-sufferers, beware. 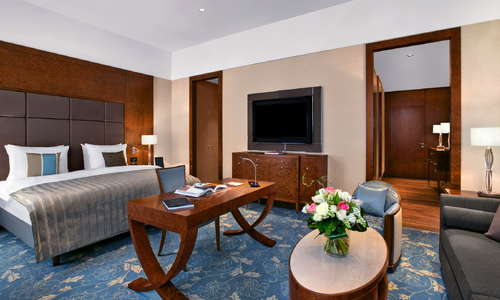 All marble, with state-of-the-art push-button features on the generous bath and shower.

What used to be a secret parking lot that only civil servants knew about is now a massive, elegantly-marbled reception area. There is abundant seating, and it's a good place to relax, sip a whiskey and people watch. 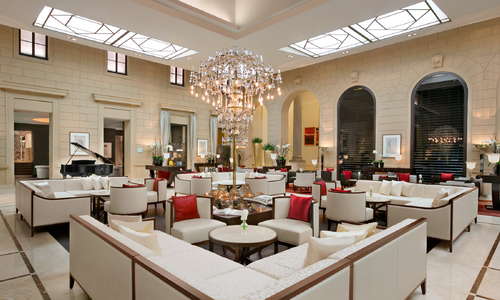 The 13 X 20 foot hydropool is open daily til 9 p.m., with cushioned chaise longues set around it so you can relax on between dips.

The space is massive at nearly 9,000 square feet, yet not intimidating by any means. There are several Ottoman-style saunas and steam rooms, and six treatment rooms. Products are by Elemental Herbology and Daniele de Winter. 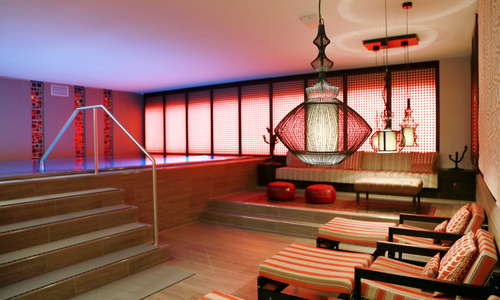 A stately room with state-of-the-art equipment, the fitness center is open round the clock.

Die Küche (The Kitchen) is the main restaurant of the hotel and serves breakfast lunch and dinner. The dishes are mostly classical Austrian and there is a child's menu, as well. A charming option is "The Wishing Table," in which food is served family style.

Michelin-starred Edvard is one of the most esteemed eateries in the city. Options are for four or seven-course meals. A la carte is also available.

YOU SHOULD KNOW Edvard is closed Sundays, Mondays and holidays. 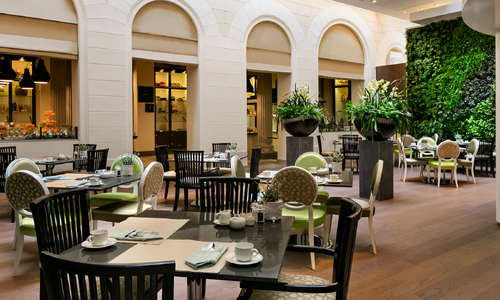 Drinks are served in the open lobby and bar. Many guests head here first for an aperitif before dinner. There is also a cigar lounge, where you can store your own cigars in the hotel-owned humidor. 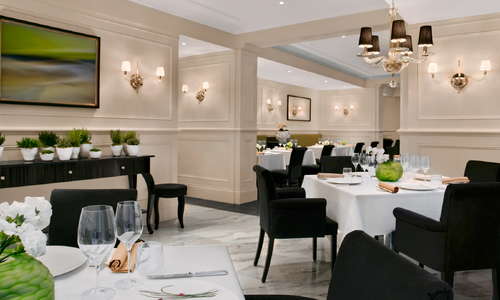 There is a public parking garage beneath the hotel, but your best bet is to forego a car. The Börsegasse and Schottenring Ubahn stations are quite close to the hotel for sights that are not within walking distance. There is also a taxi rank near Schottenring.

Local Viennese farmers and vendors supply the fresh, organic ingredients at the gourmet hotspot, Veranda, run by top chef Jeremy Ilian. Skopik and Lohn is a bit farther out from the Schottenring, but worth the walk. It serves international fare and traditional Austrian dishes with a modern twist. The ceiling was designed by artist Otto Zitko, and makes the restaurant well worth a visit on its own. If you’re looking for cozy, warm, eclectic charm, you can do no better than Das Heinz, a small, friendly restaurant serving up clever creations and extraordinary desserts.

With the look of an old English Gentlemen’s Club, or what was known in Austro-Hungary in the day as a Casino, The Planter's Club is known for its extensive selection of spirits, as well as its classy ambiance. Josef’s is new on the scene, but is quickly becoming legendary. The intimate cocktail bar is owned by two esteemed Viennese bartenders who named the bar for their grandfathers. The atmosphere is updated Baroque with a twist of ‘80s. Blue Mustard, near St. Stephen’s Cathedral, is a remarkably, fantastically-designed bar and restaurant that is a must-see.

The location is quiet, yet still in the midst of the action. The luxury is indulgent, and the staff pampers without coddling. 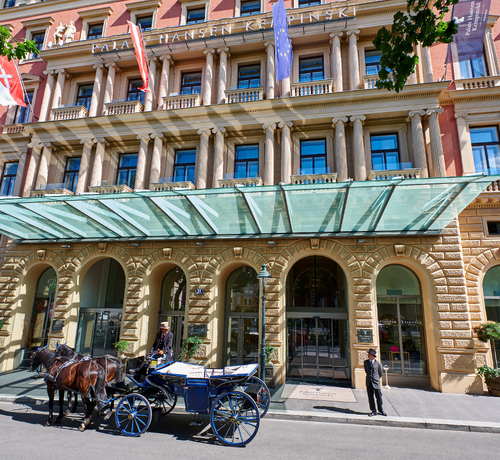 #2 The Best Hotel Restaurants for Incredible Dining in Vienna

#4 The Best Luxury Hotels in Vienna

#5 The Best Hotel Pools and Spas in Vienna 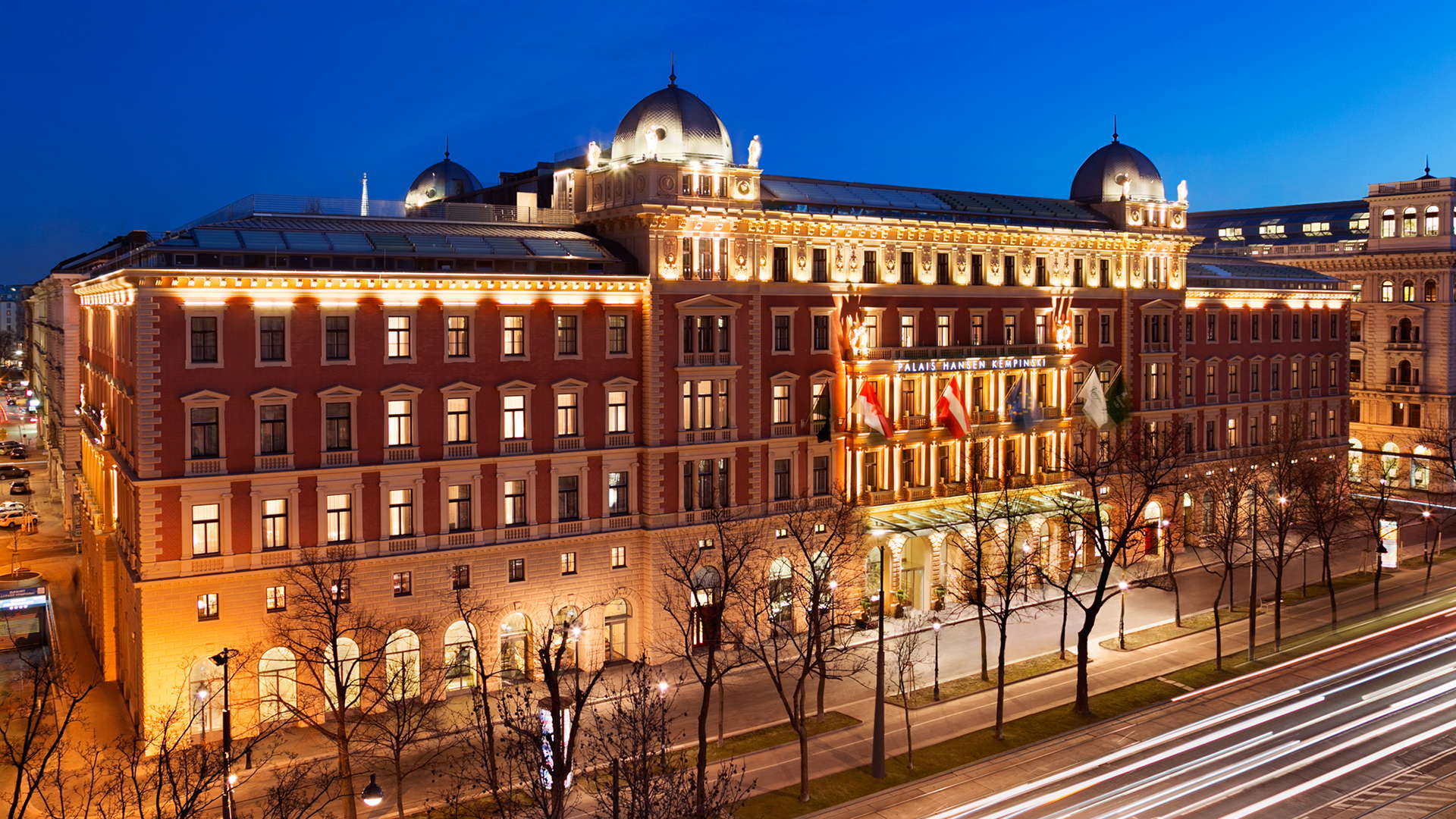 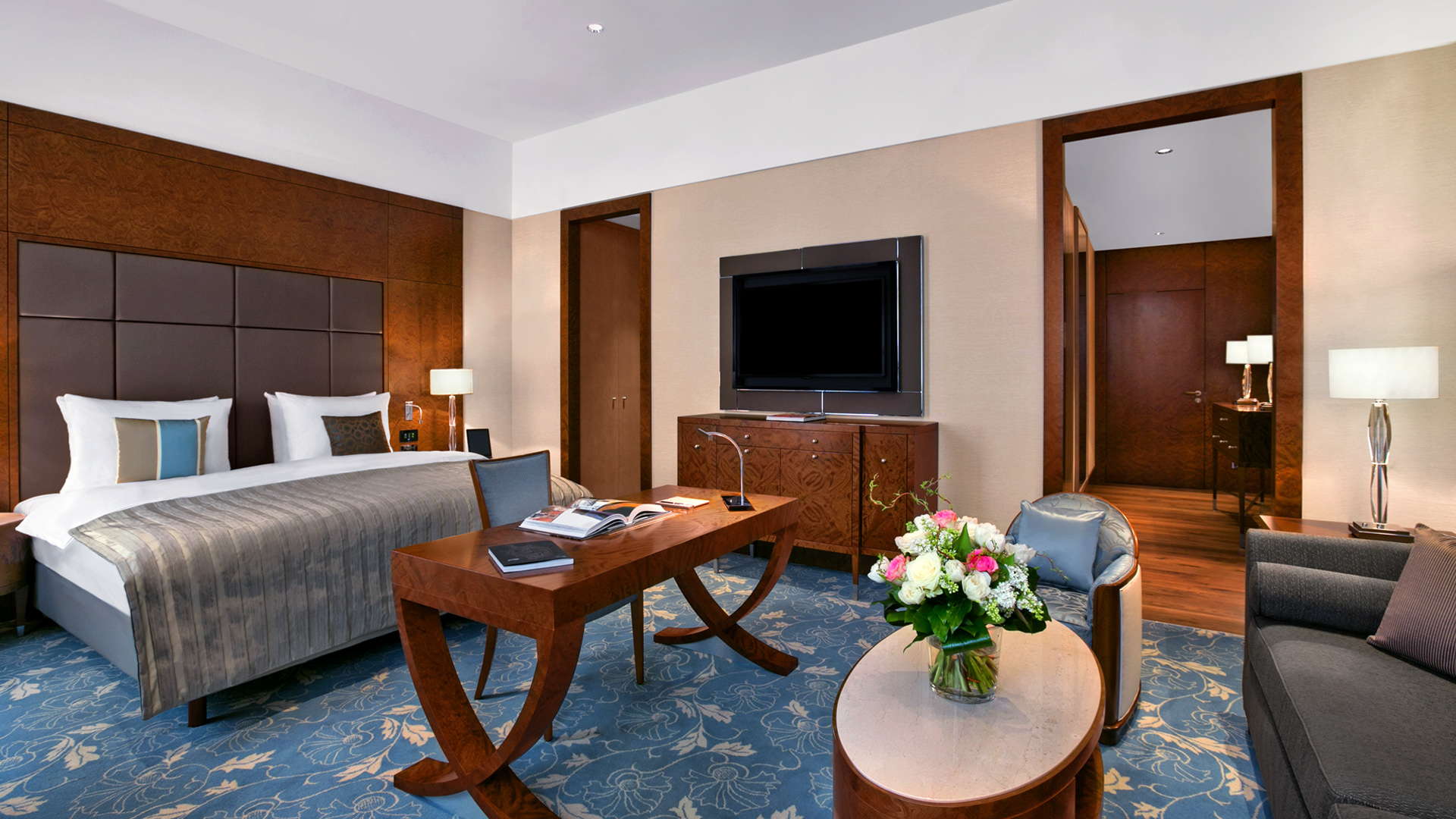 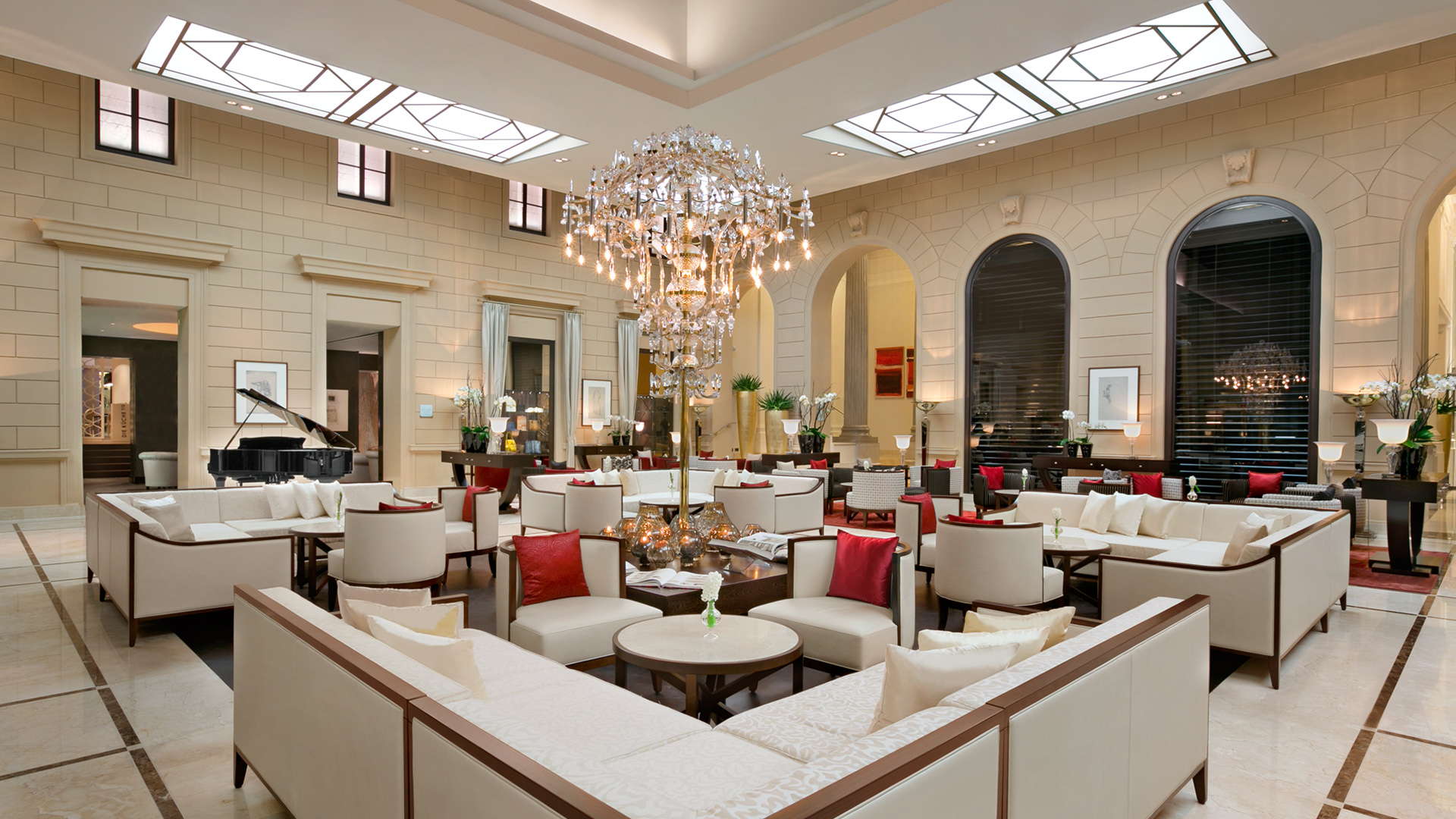 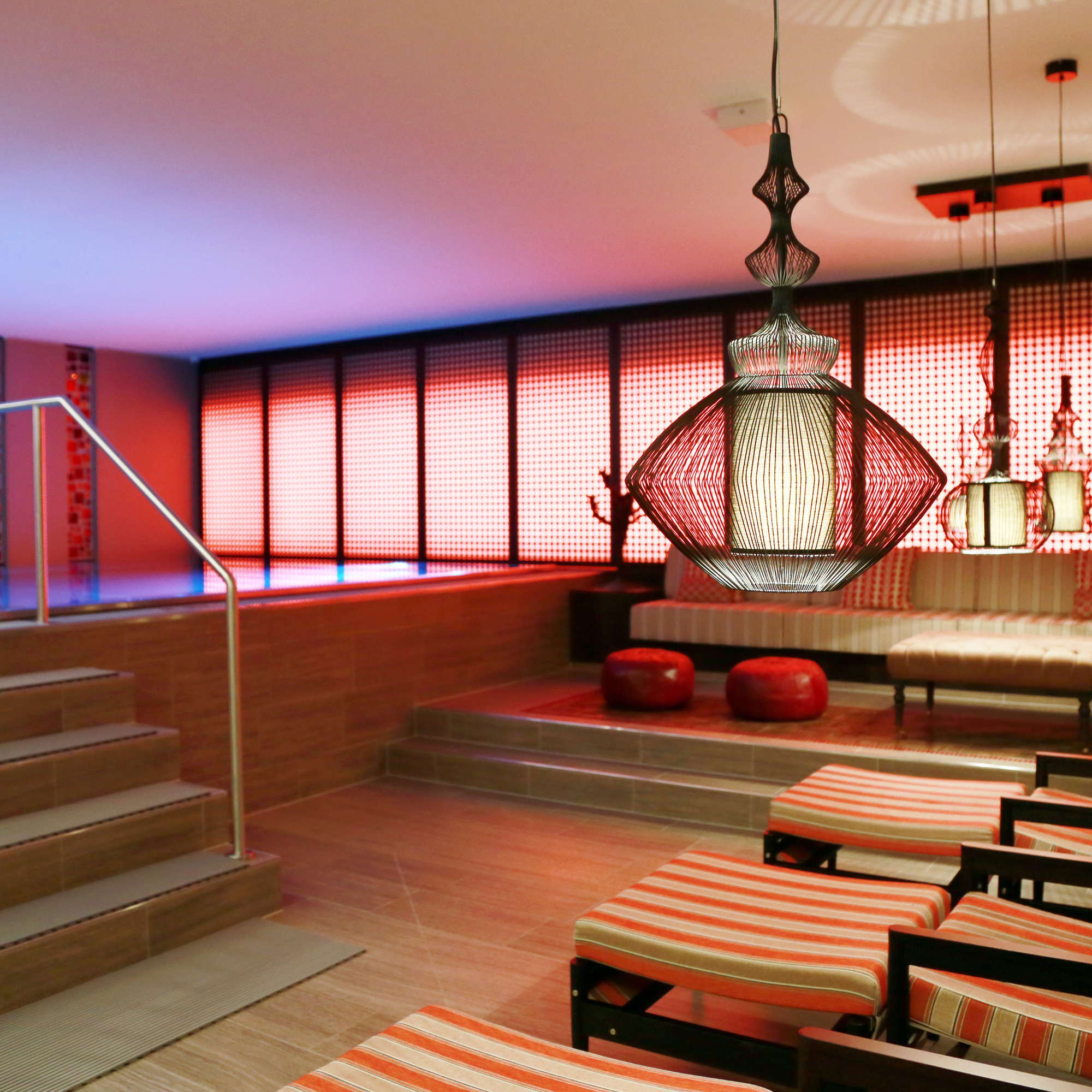 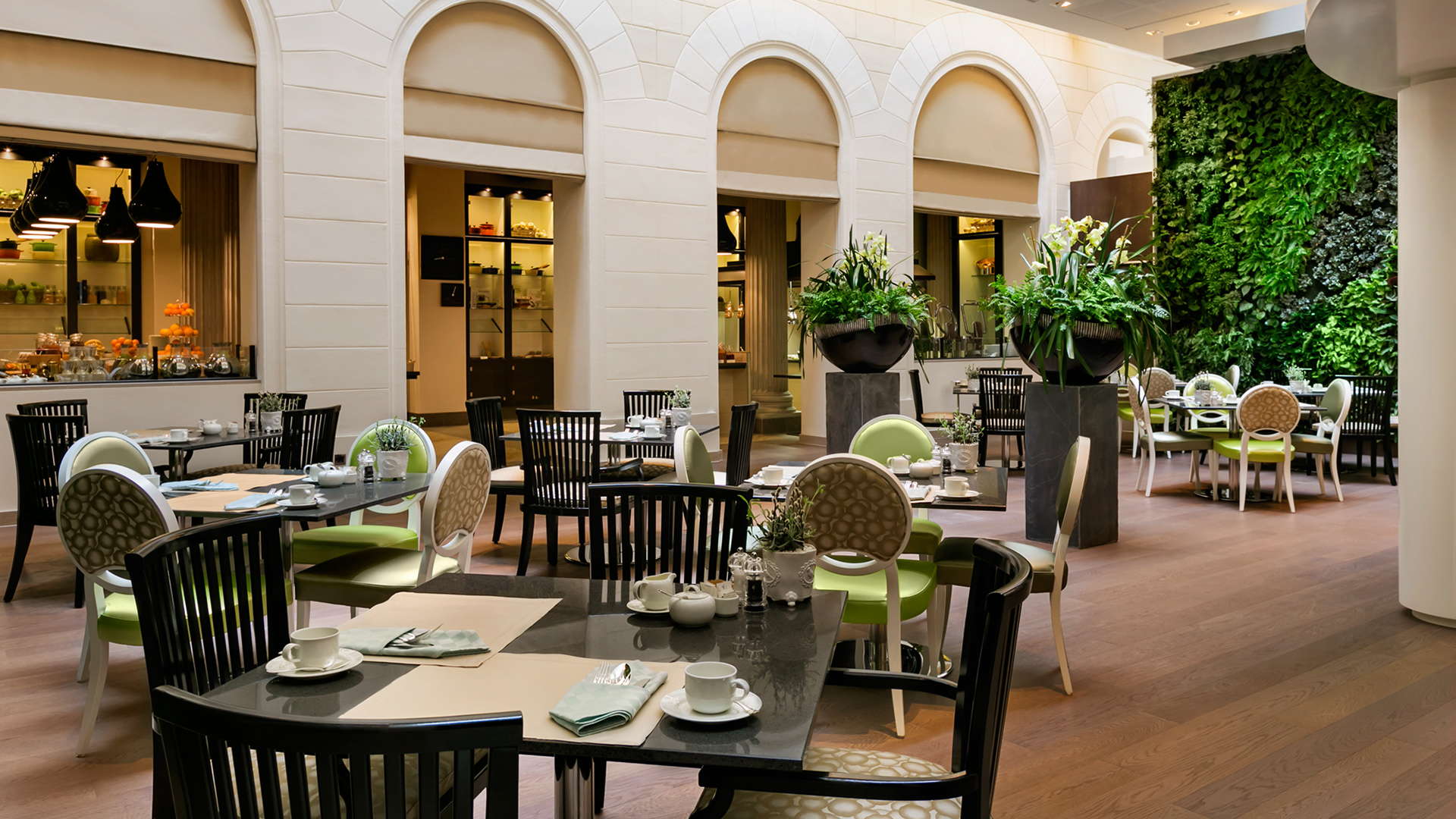 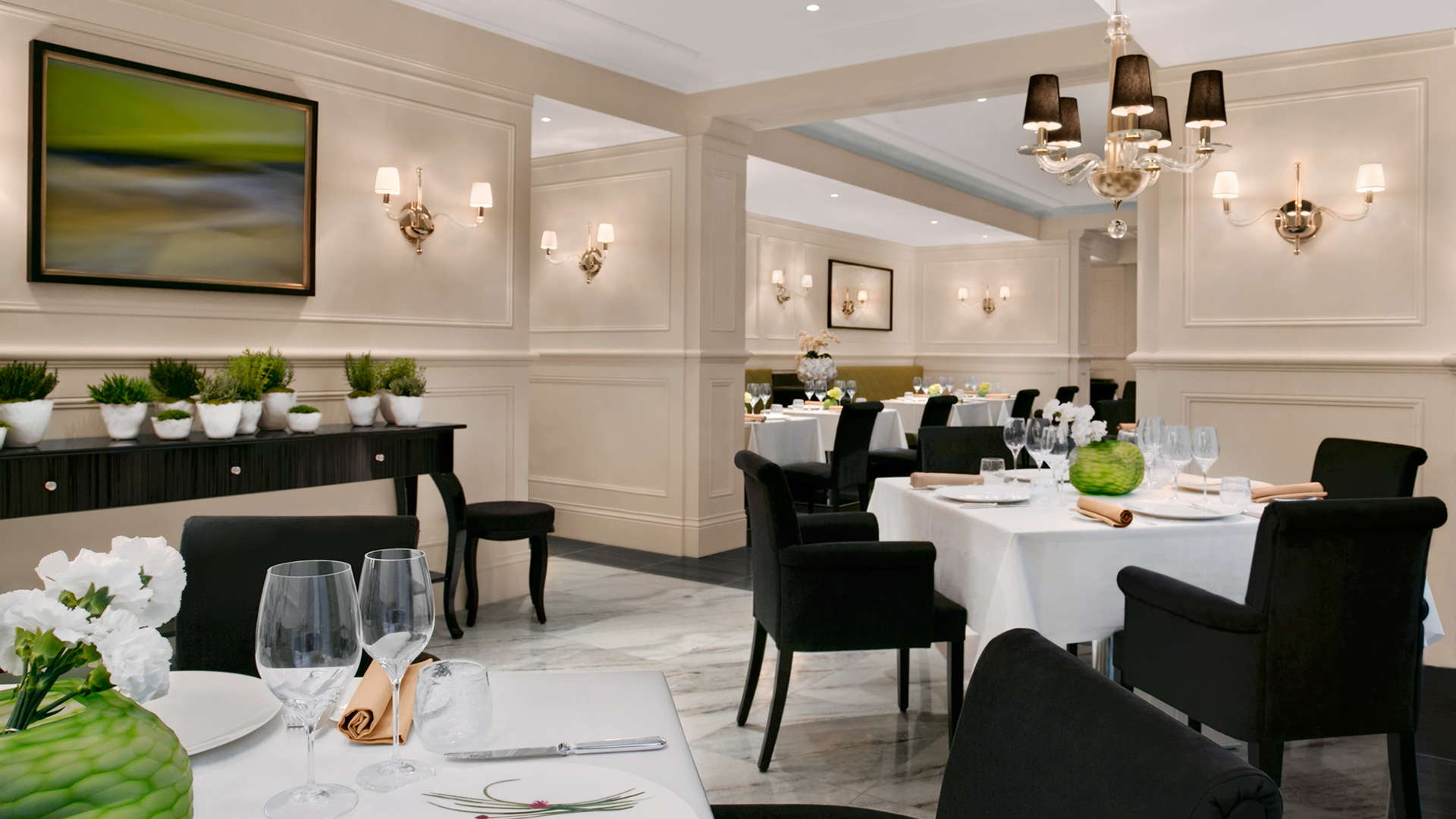