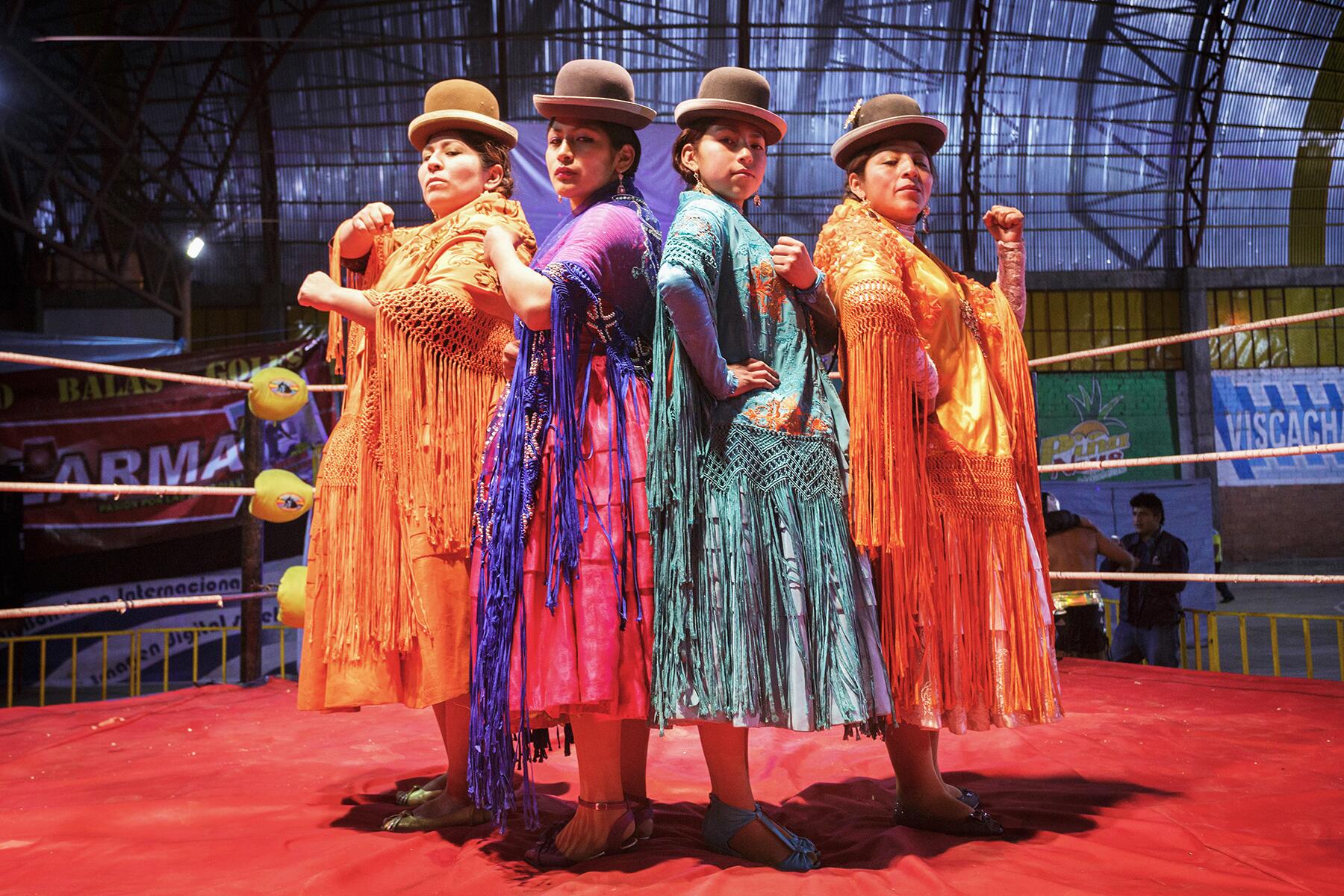 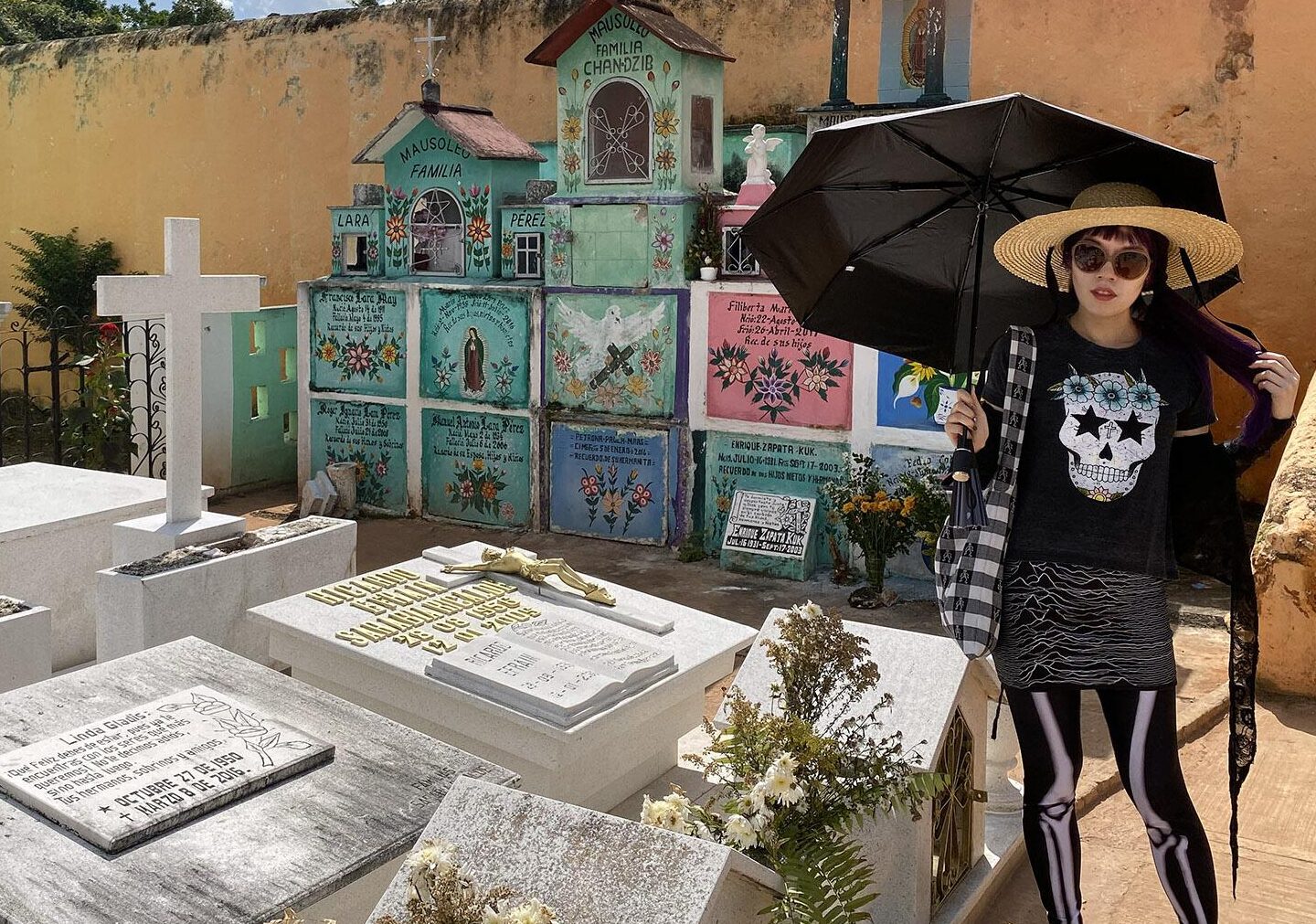 Style La Carmina I'm a Goth. Here's How I Stay True to My Style When I Travel the World 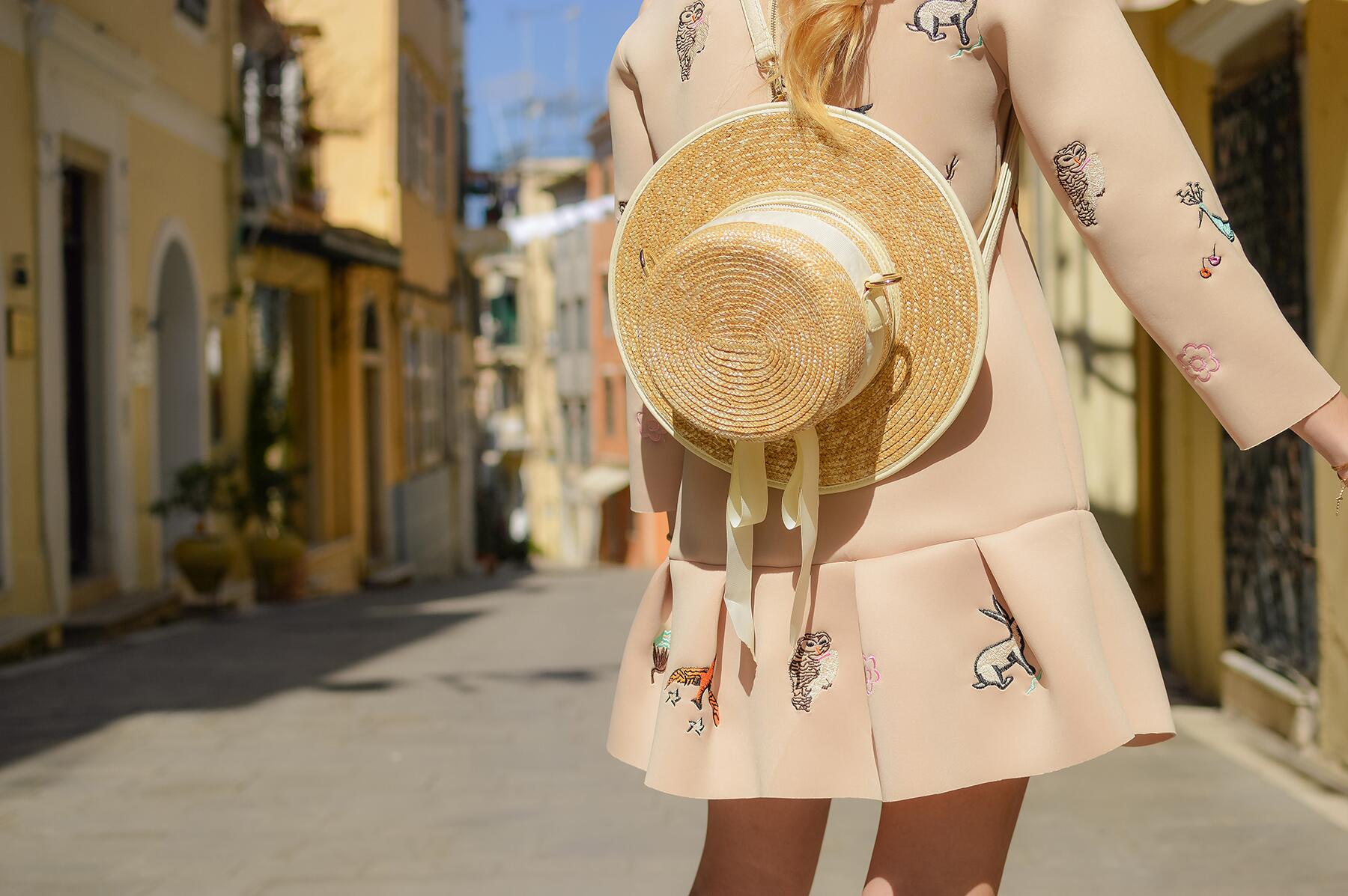 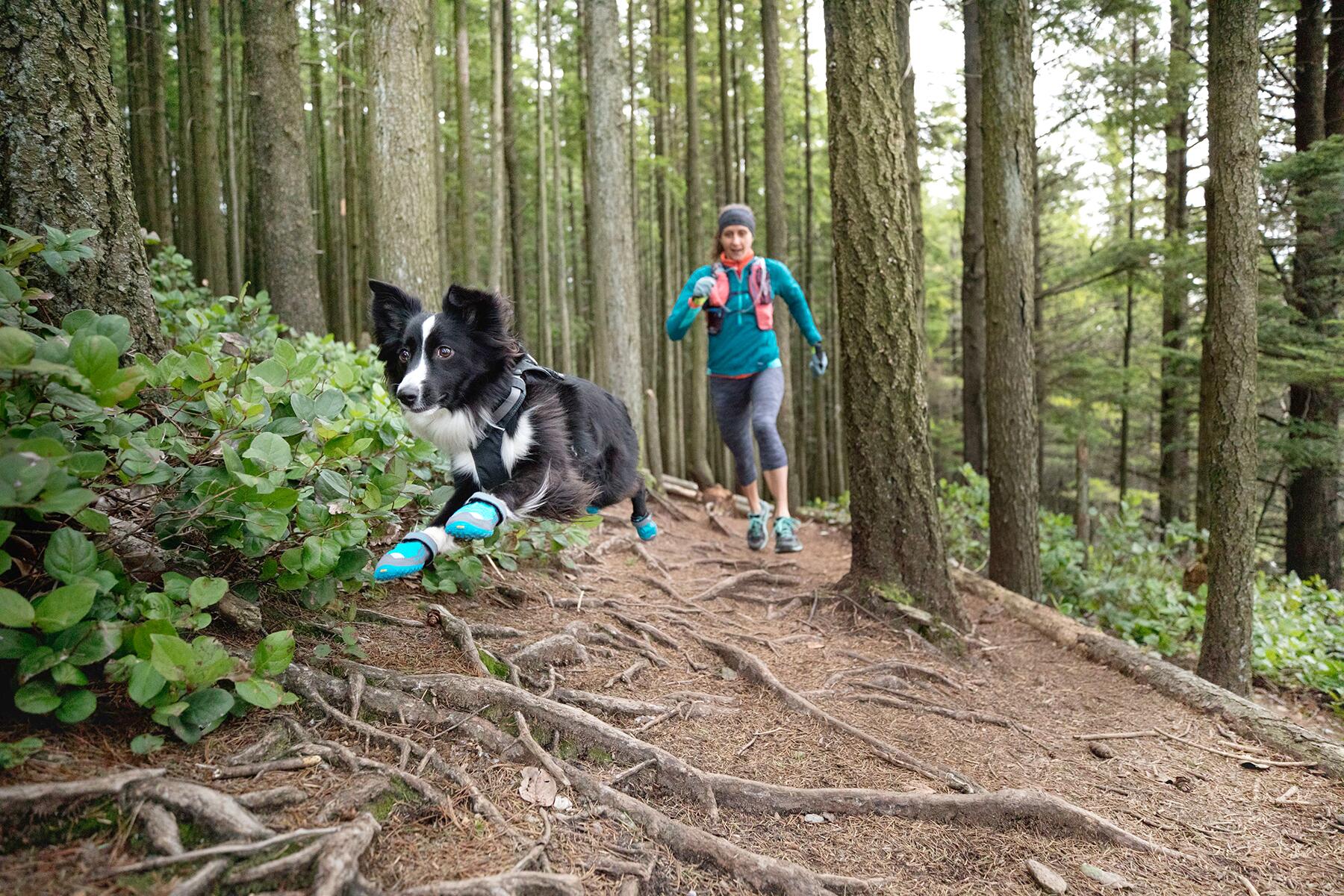 From world-renowned opera to elaborate Baroque architecture, Austria is full of romance and elegance—and the country hosts an entire ball season to showcase it. These cultural events, consisting of dinner, music, and of course, dancing, are so popular that there are upwards of 800 balls in the country, mostly taking place between November 11 and Mardi Gras. Who wouldn’t want to get dressed up and attend a ball in a castle?

But not all balls are created equal, and not every ball has the same rules. In addition, attending one can be quite daunting to a tourist entering new territory. But if you like glam and you’re ready for your Cinderella moment, we have everything you need to know before you attend—and how to scam your way in like a pro.

Style La Carmina I'm a Goth. Here's How I Stay True to My Style When I Travel the World 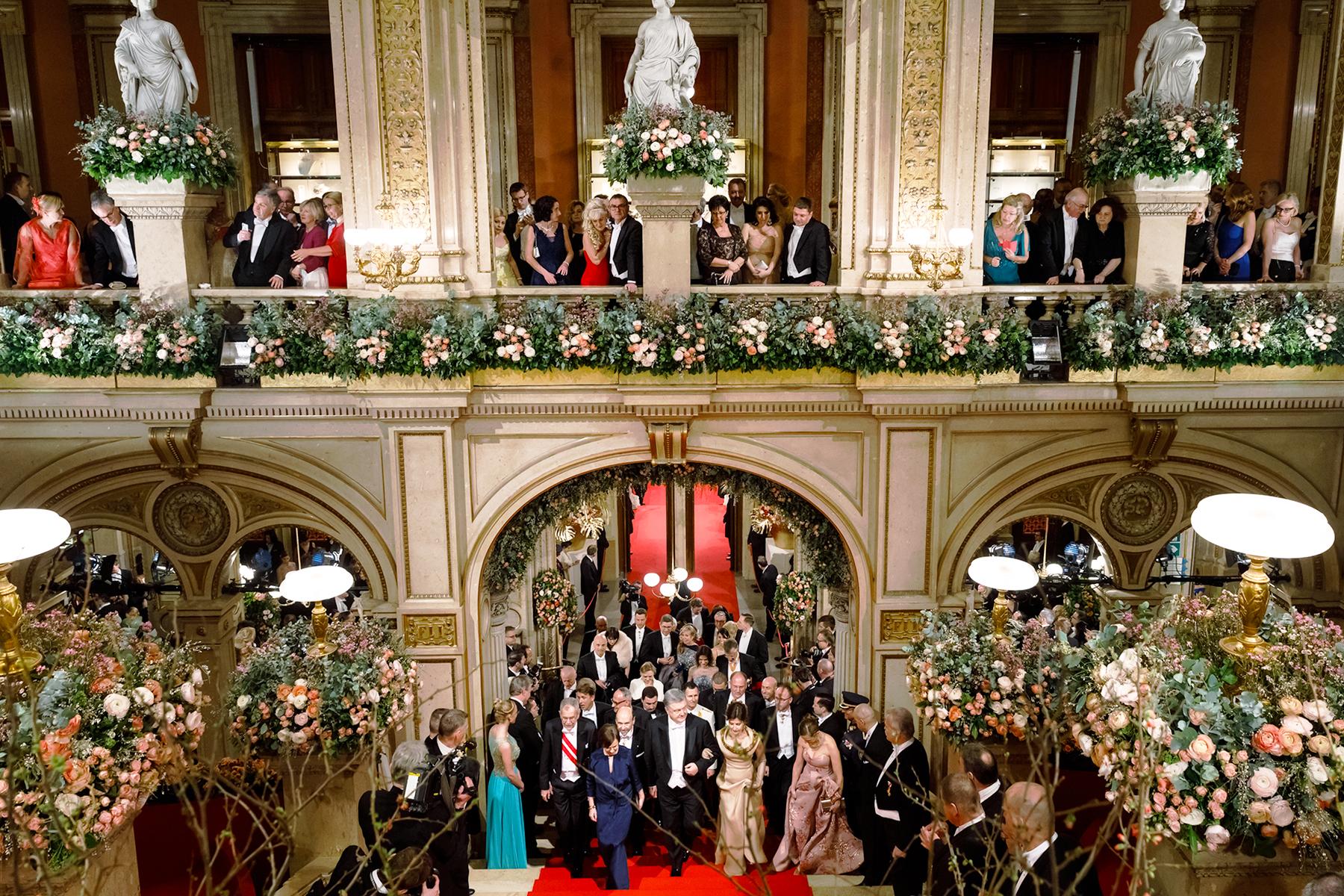 A Brief History of Austrian Balls

The tradition of Austrian balls began with the monarchy, when court was held and Austrian emperors would put on musical events with an orchestra, dancing, flowers, and food. This tradition spilled over into Viennese society and now the city hosts 400 balls within the capital alone. Now, Viennese balls are an opportunity to celebrate certain professions, introduce debutants, meet new people, network, and be seen! 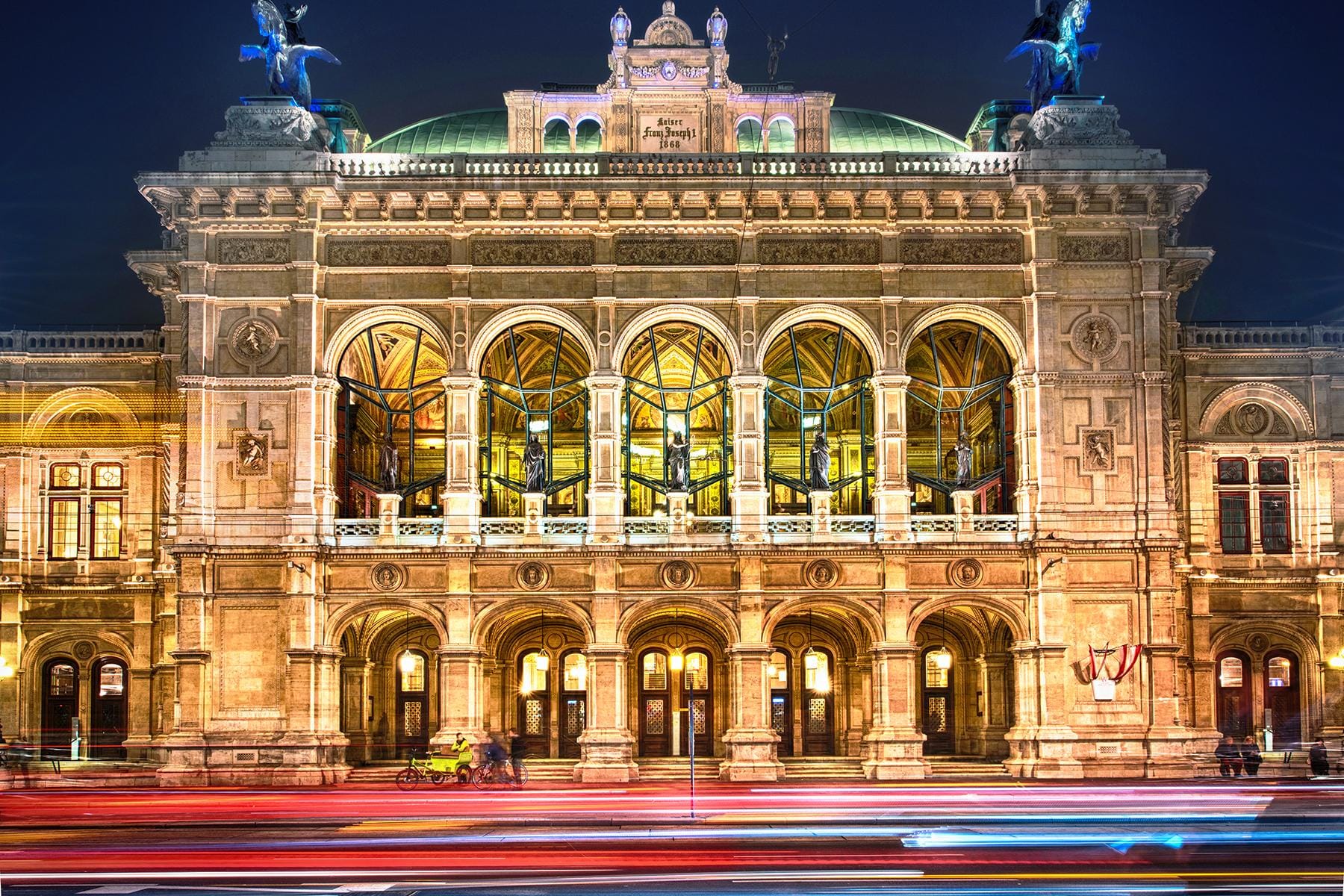 How to Get in

But are these posh events even open to the public? How can a tourist possibly get in? It’s actually quite easy: You just buy a ticket. You don’t need to know anyone or be on a list, and everyone is welcome to attend. However, Austrian balls are taken very seriously and can sell out quickly. The most famous ball, the Opernball, sells out a year in advance. So, attending a ball isn’t usually a spontaneous decision. It takes months of planning in order to find accommodations, buy a ticket, and find the appropriate outfit to wear. 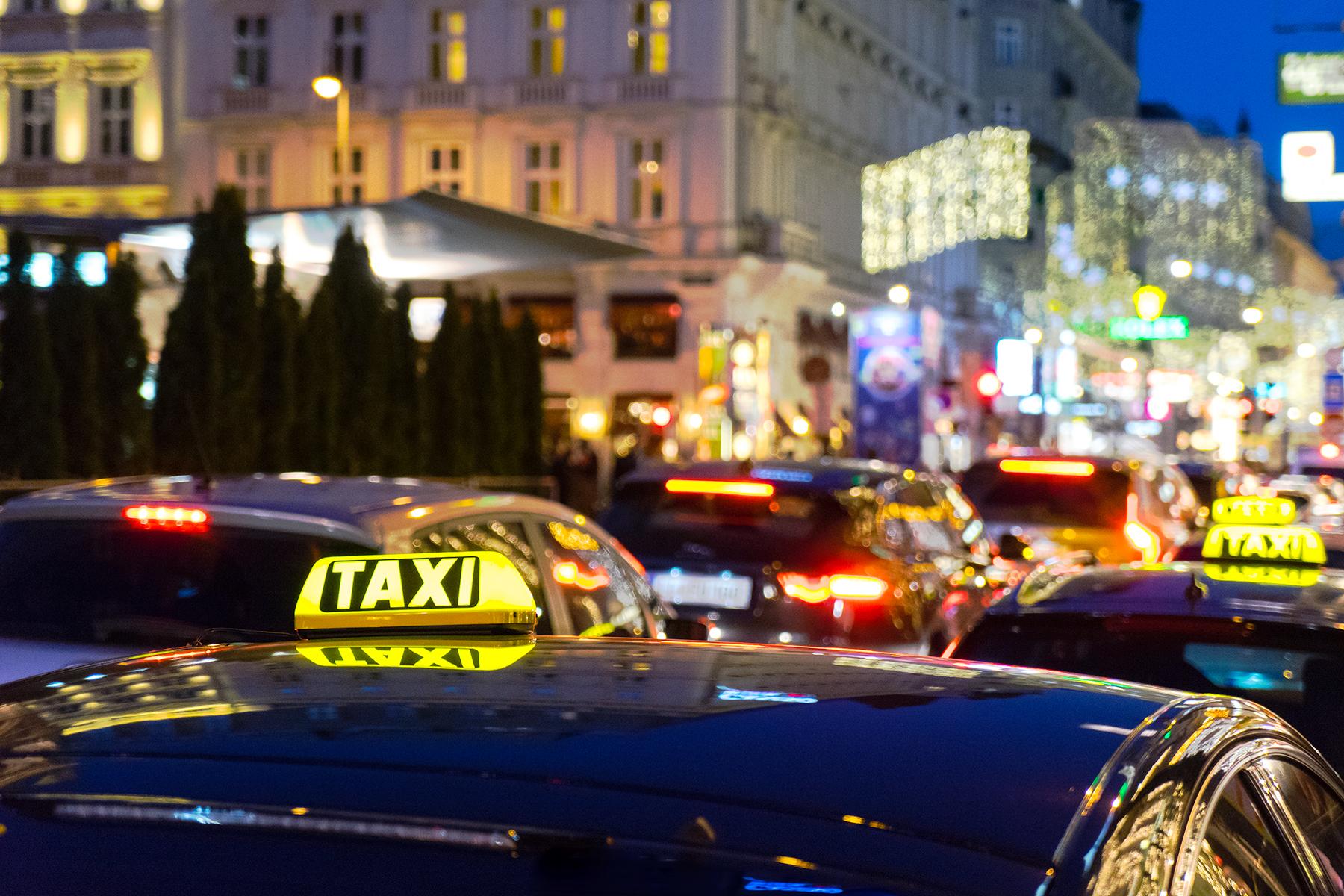 Besides buying your ticket and booking your accommodations far in advance, it may also be advisable to pre-hire a taxi as the underground train or U-Bahn stops running at midnight and doesn’t start again until 5 am. For this reason, many balls last until 5 am, but some do not. And depending on those tired little waltzing feet, you may want to tap out earlier.

Speaking of waltzes, to get the whole experience it is advisable to take a few waltzing classes before attending the ball. Honestly, it’s fun to learn and it’s only eight steps. You can do this! If someone asks you to dance, you’re going to want to at least know how to avoid stepping on their feet.

Don’t want to go without someone who knows how to dance? You can actually hire a dancer. They are usually under the age of 40 (although you can ask for one above 40) and are groomed to be well-mannered dancing escorts. Austrians have this dancing etiquette thing down to a science. 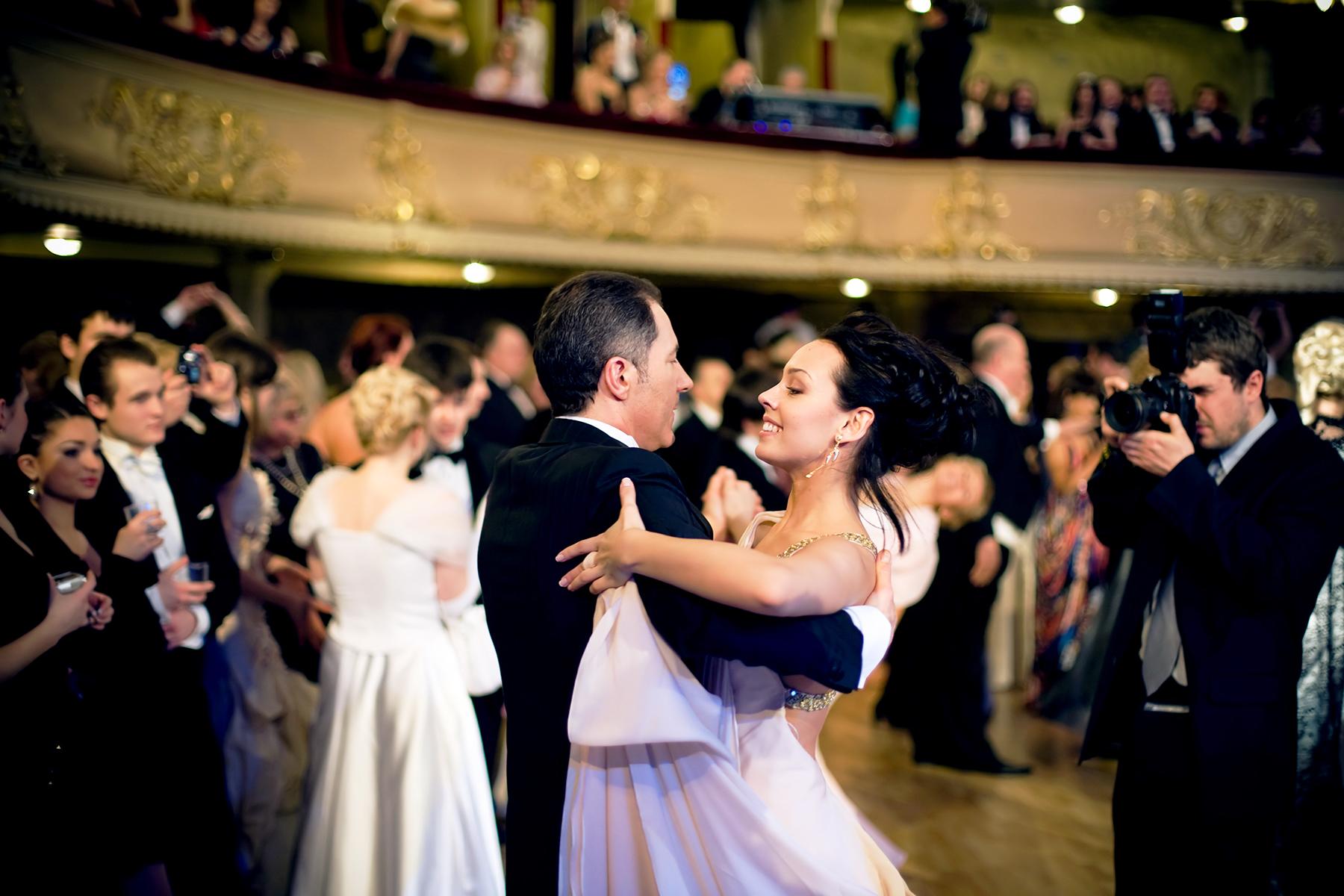 While balls are usually formal events, there are some that are not. However, formal means not just your average prom dress. Formal means a bow tie and tuxedo and gowns that touch the ground. If you are not dressed appropriately, you can be turned away, even if you have a valid ticket. Balls that are this strict will list the dress code on the invitation. However, some balls have a completely different dress code, which will be listed on the ticket. 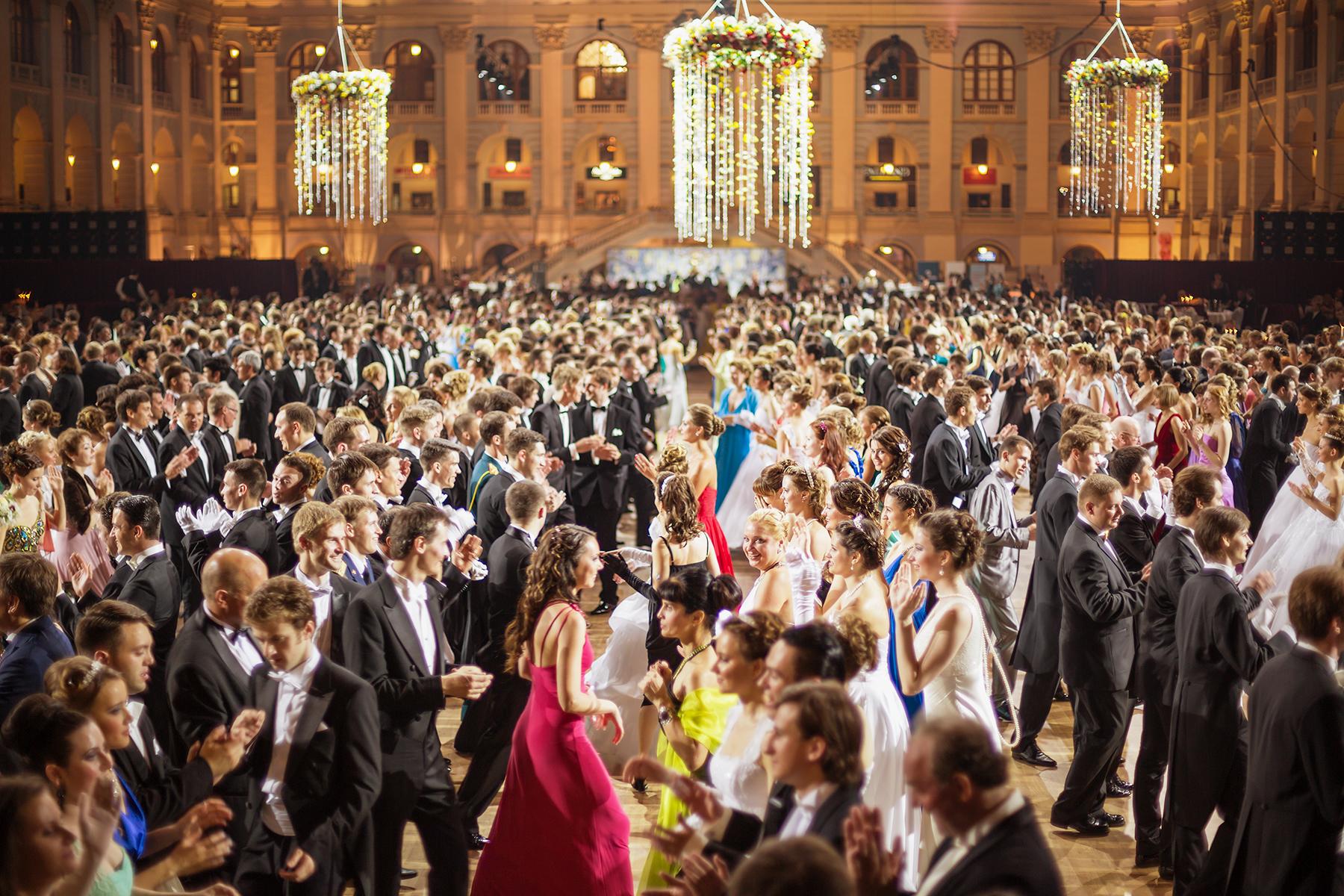 Once you’re in, there are certain hallmark traditions you can be sure to see at every ball. For example, if you are a person visibly identifying as a woman, you will be given a Damenspende or Ladies Ball Gift. These gifts began as decorated cards by admirers who wanted to “save” a dance with a specific lady. Now they can be anything from a silver spoon to a silver bracelet. 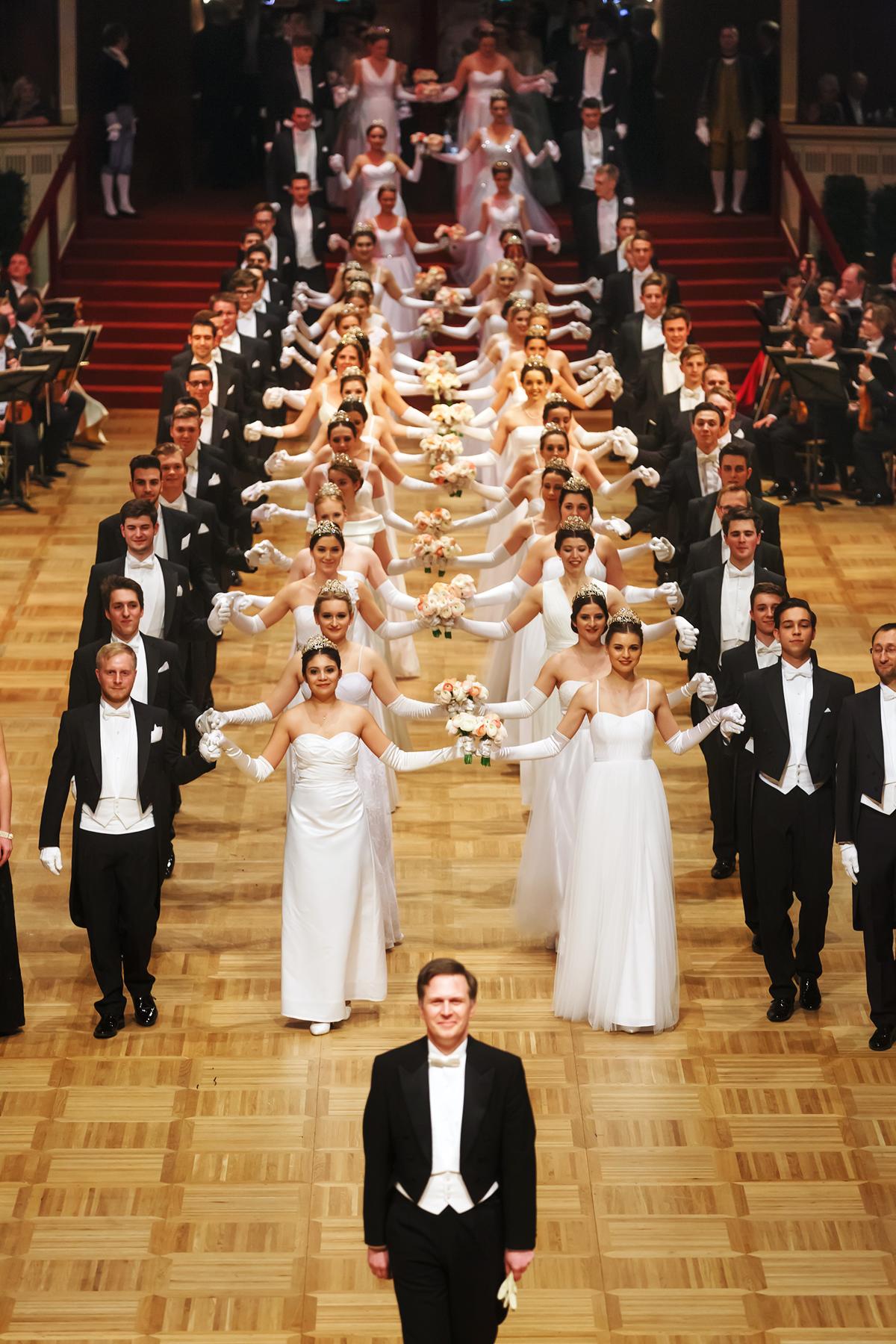 The ball does not officially begin until the Opening Ceremony, which is performed by the debutantes, or young attendees all dressed in white who are “making an entrance” into society. When the Master of Ceremony announces “Alles Waltzer!” everyone is allowed to partake in the dancing. The traditional song to waltz to is called The Blue Danube.

The Damenwahl is ladies choice time. This is the only period during the ball in which ladies are allowed to approach the gentleman for a dance.

INSIDER TIPThis is not so strict in today’s society. Feminism has evolved, and although men are taught to approach women for a dance, women can really ask men to dance at any time. Some Austrian’s would frown upon this, but it just depends on how conservative the person is. 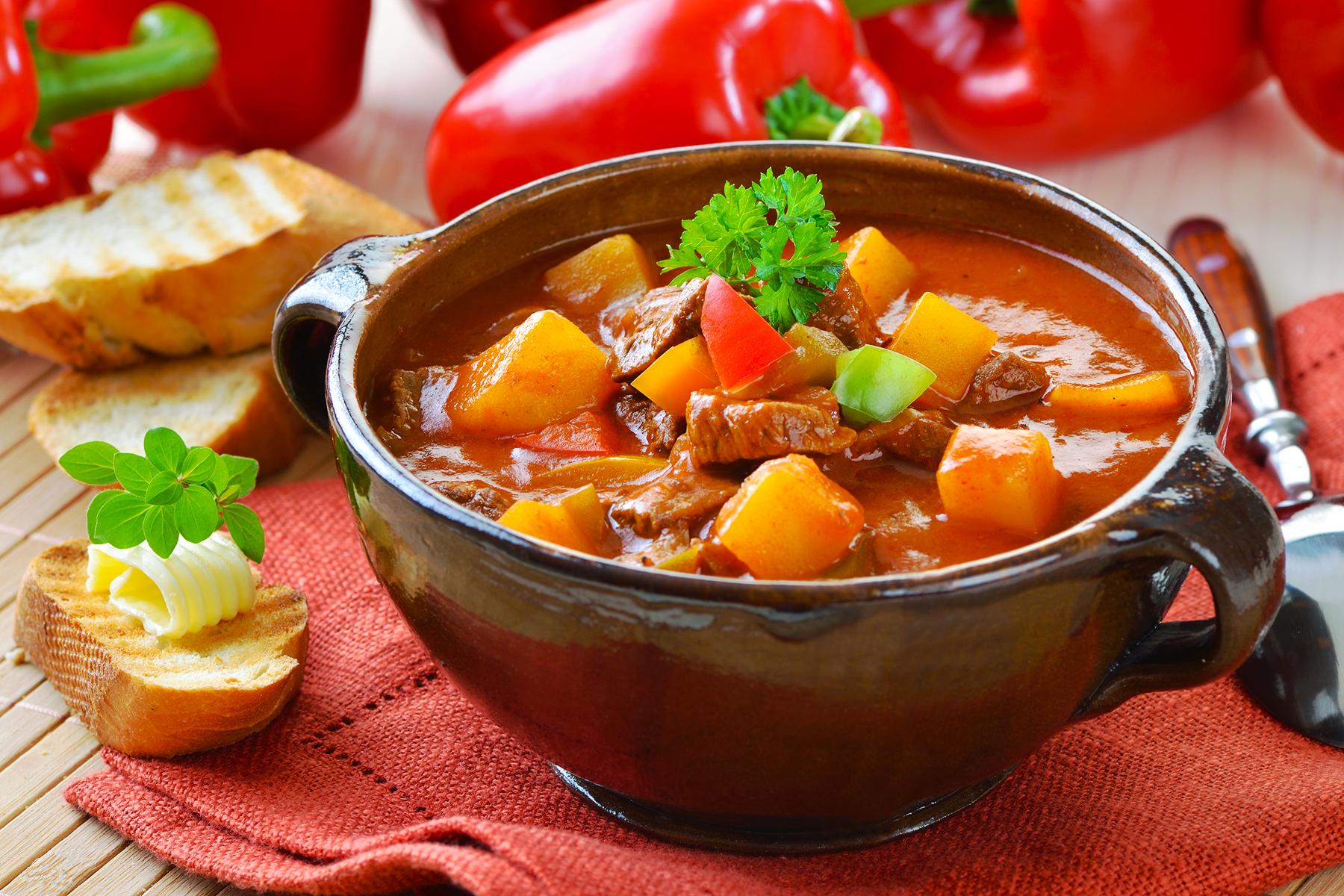 At midnight, there’s no need to escape and hop into your pumpkin chariot. It is goulash time! Goulash is a dish that originated during medieval Hungary and was brought to Austria when the Austro-Hungarian Empire united in the 19th century. Yes, it is a bit awkward eating brown goulash soup with white gloves, but it is tradition and it is SO GOOD. The orchestra plays Johann Strauss’ Fledermaus Quadrille at that time. Familiarize yourself with the song before you attend so you know when to hit the cafeteria. 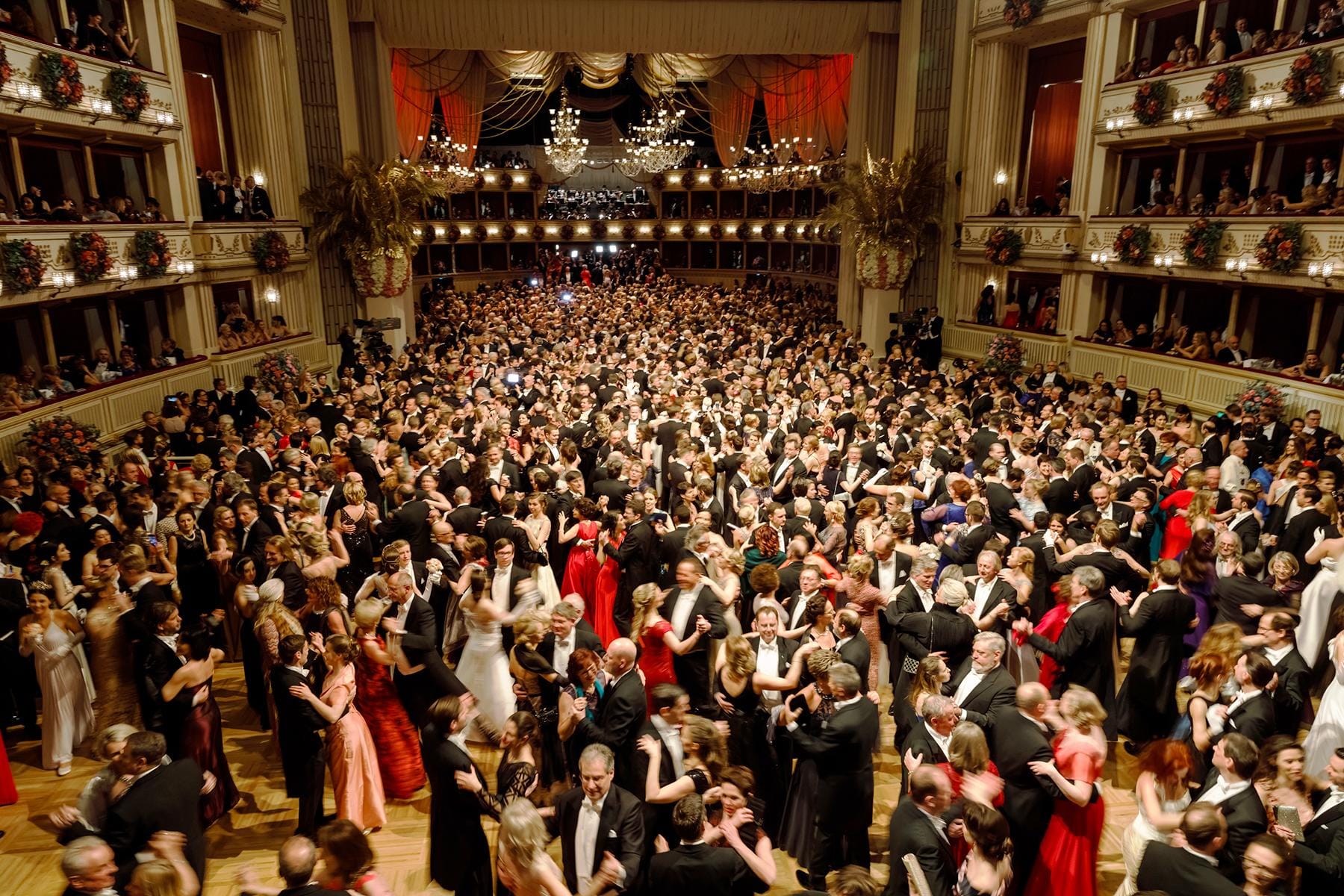 The Best Balls to Attend

The end of the ball is usually signified by Johann Strauss’ Radetzkymarsch. If you haven’t noticed, Austrians love their Strauss. He is one the best-loved composers of Austria, so it’s best to catch up on his operas before coming and know when to spot that “last call” song and start to head home.

Now you’re fully prepared to attend a ball in Austria. Go forth and Waltz at a few of the best ones in the country:

The Vienna Philharmonic Orchestra is one of the finest in the world and attended by people worldwide. This makes this ball extra special when it comes to the choice of conductors. The classical music selection and orchestra is top notch, along with the composed Opening Ceremony dance. It is held in the Musikverein building in Vienna.

The Vienna Coffeehouse Owners’ Ball is held in the Hofburg and has been a hallmark of Viennese society since 1957. Linked to Vienna’s famous coffeehouse culture, the ball is organized by the coffeehouse professional guild, where the confectioners transform the palace into a formal dance coffee café, complete with pastries…and of course, coffee.

The Hunter’s Ball is one of Vienna’s “informal” dances. This means ball gowns are not necessary, but Austria’s traditional dress is! So crack out that Dirndl and Steirer suit for one of Austria’s most traditional experiences. Instead of classical music, you’ll be sure to hear some of Austrian’s traditional music.

Taking place each June, Life Ball is one of the biggest charity events in Europe. The event has a theme every year and the proceeds go towards HIV or AIDS causes. Although raising money is a huge part of the ball, raising awareness is the main goal. The ball is popular with the LGBTQ community and one can see extravagant themed costumes modeled by drag kings and queens as well as people supporting the cause. The speeches and performances take place in the public city square, but the ball itself is held in the Rathaus or Town Hall. This ball is much more modern with a larger freedom of expression than the other balls.

INSIDER TIPYou really do want to dress up even if just attending in the public square. People will show up in body paint and nothing else. It is advisable to show up early in order to get a seat where you can see the main stage, although there are TVs everywhere for you to watch.

The Rudolfina Redoute is a masquerade ball originally organized by students. It is one of the only masquerade balls that still survive to this day. Ladies come in masks and men have their faces exposed. It allows women to ask men to dance without revealing their true identity. The discount they offer to high school and college students keeps the crowd young.

The Alt-Neustädter Ball or Officer’s Ball is organized by the Austrian Armed Forces. This ball is where officers have the pleasure of inviting a guest to attend. You won’t see men wearing tuxedos, but rather their officer uniforms. This ball is attended by European politicians, businessmen, and diplomats.

But finally, a not so prestigious ball to attend is the Burg Ball, which is organized by the Theresian Military Academy. This is where the Austrian Armed Forces train their officers and it takes place in one of the oldest military academies in the world. This academy was established by Empress Maria Theresa, who asked her first commander to “make me hard working officers and honest men.” These soldiers are taught everything from military strategies and mountaineering to etiquette and dance class. So you can be sure these officers-in-training will know how to guide you around the room.