Here’s what our readers were checking off their bucket lists this year.

It’s a time-honored tradition of taking some time out of the workday to open up an Incognito browser window and weigh the merits of a relaxing beach vacay versus a tour of the European capitals. But where were people most keen on spending their hard-earned dollars and vacation time? We took a look at which destination pages were most visited by Fodor’s readers. Among the most popular locales were some (rightfully) expected favorites as well as a few surprises with regard to what places did (and didn’t) crack the top 10.

New York City defends its “Capital of the World” title as the number one most sought-after destination on our site. And while the beguiling mandarin duck may dominate the headlines for now, the high quality of dining, culture, shopping, and experiences in the Big Apple are evergreen. NYC set the trend for the rest of the top five, as major international cities (Paris, Rome, London, and Hong Kong) rounded out the tippy top of the most visited destination pages.

Fodor’s editors and readers seemed to overlap with regard to just one destination. The only spot from our Go List for 2018 that was also among the top most visited destination pages was New Orleans. And if we can’t agree on the municipal embodiment of fun, what can we agree on? 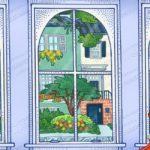 And while some perennial dream destinations have become so popular they’ve started taking steps to discourage tourism, cities such as Venice and Amsterdam lingered outside the top 10.  Somewhat surprisingly, The Florida Keys proved to be the sixth most popular place proving that even hurricanes couldn’t keep people away from this eclectic slice of paradise.

While nearly half the list belongs to domestic U.S. destinations, it’s clear that as far as international nations go, Fodor’s readers amare Italia. With both Rome and the Amalfi Coast on the top 10, Italy is the only international country with two destinations in the top 10.

Check out the rest of the top 10 most popular destinations on our site below.