Bites Alana Al-Hatlani 10 Places in NYC You Can Get a Delicious Meal for Under $10
Home  >  Bites
PHOTO: Ichiran Ramen

Bushwick, Brooklyn is famous for three things: street art, pizza, and illegal after-hours warehouse parties. But there's more to this post-industrial wasteland than meets the eye.

On a seemingly abandoned street in a dark, desolate, and industrial part of Bushwick, there’s a warehouse serving New York City’s best ramen. And before you think this is some kind of hipster marketing scheme–hear me out. This is the only U.S. branch of Ichiran Ramen, one of the most sought-after Ramen restaurants in Japan. They take quality control so seriously that rather than import their noodles for a restaurant in Manhattan, they went all in and built their own noodle factory in order to keep the restaurant supplied with fresh, authentic ramen noodles. Ichiran has such a cult following that there were lines around the block when the Brooklyn restaurant opened. It’s a bit easier to get in now, but since the restaurant doesn’t take reservations, it’s best to come late or early if you don’t want to wait for a table.

To say that walking into the restaurant in Bushwick feels like leaving Brooklyn is an understatement–it feels like leaving the continent. From the moment you step into the not-hiding-at-all-but-still-terribly-tricky-to-find restaurant, it feels like you’ve stepped into a ramen restaurant in suburban Japan (not that I’ve ever been to suburban Japan, but, you get the picture). It’s spacious, sparsely decorated, and filled with fashionable tourists from Manhattan and the rest of the world. 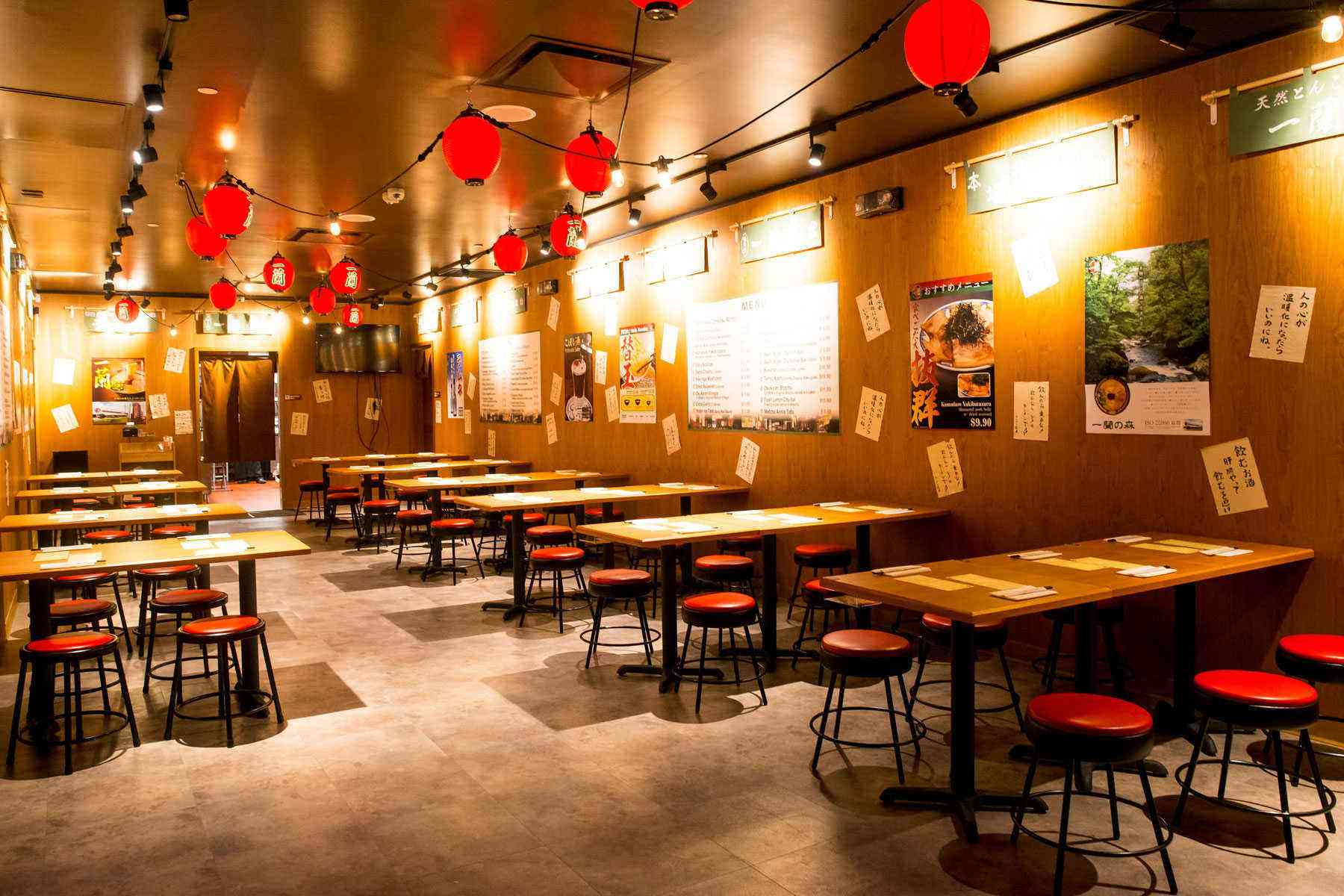 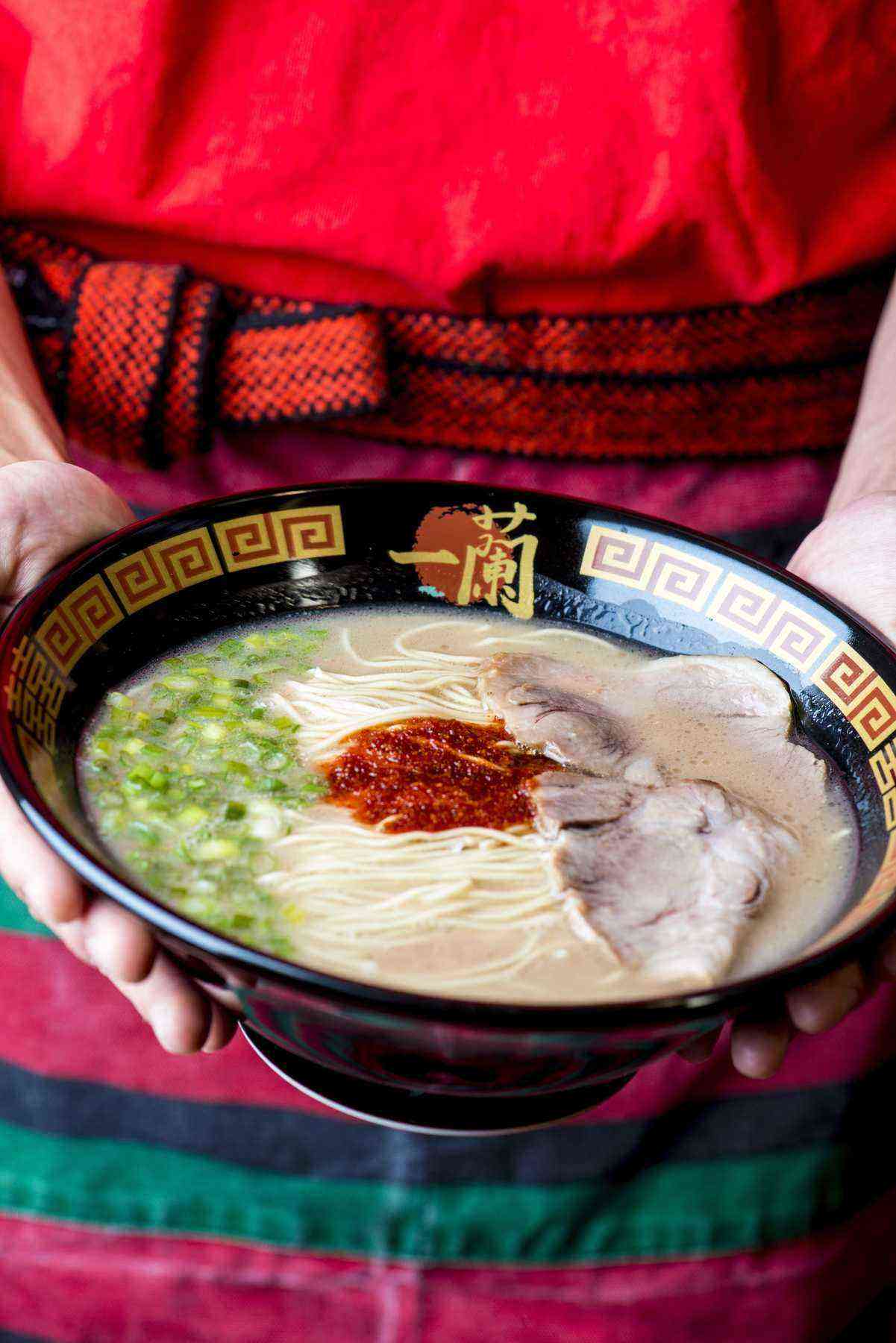 Once you’re seated with a banging of wooden blocks that are meant to denote a new table, you’re presented with the menu.

INSIDER TIPIf you’re dining alone, things can get really weird here. There’s a special section of the restaurant just for solo diners, which is essentially a very long bar with dividers between the seats, called “flavor concentration booths.” 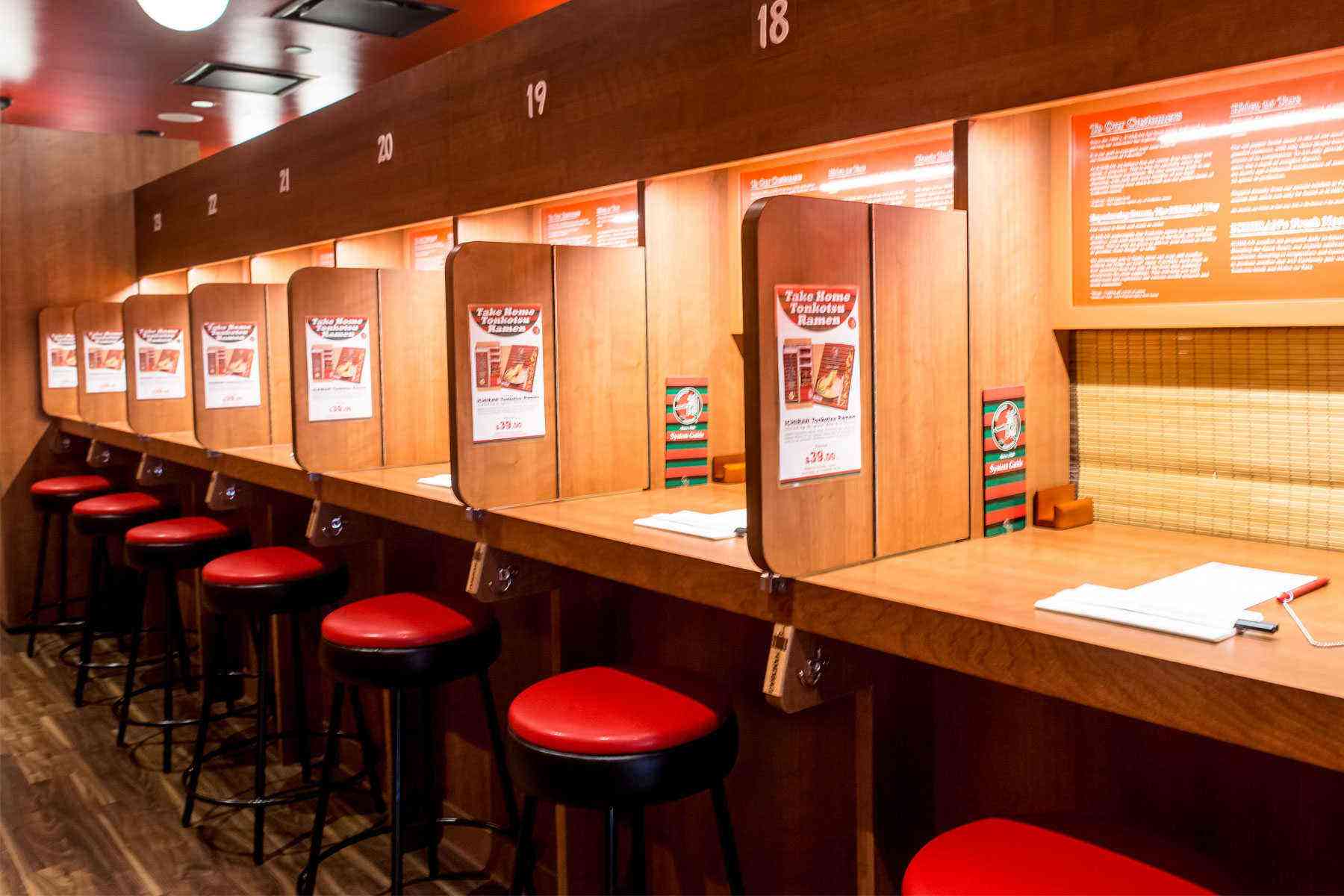 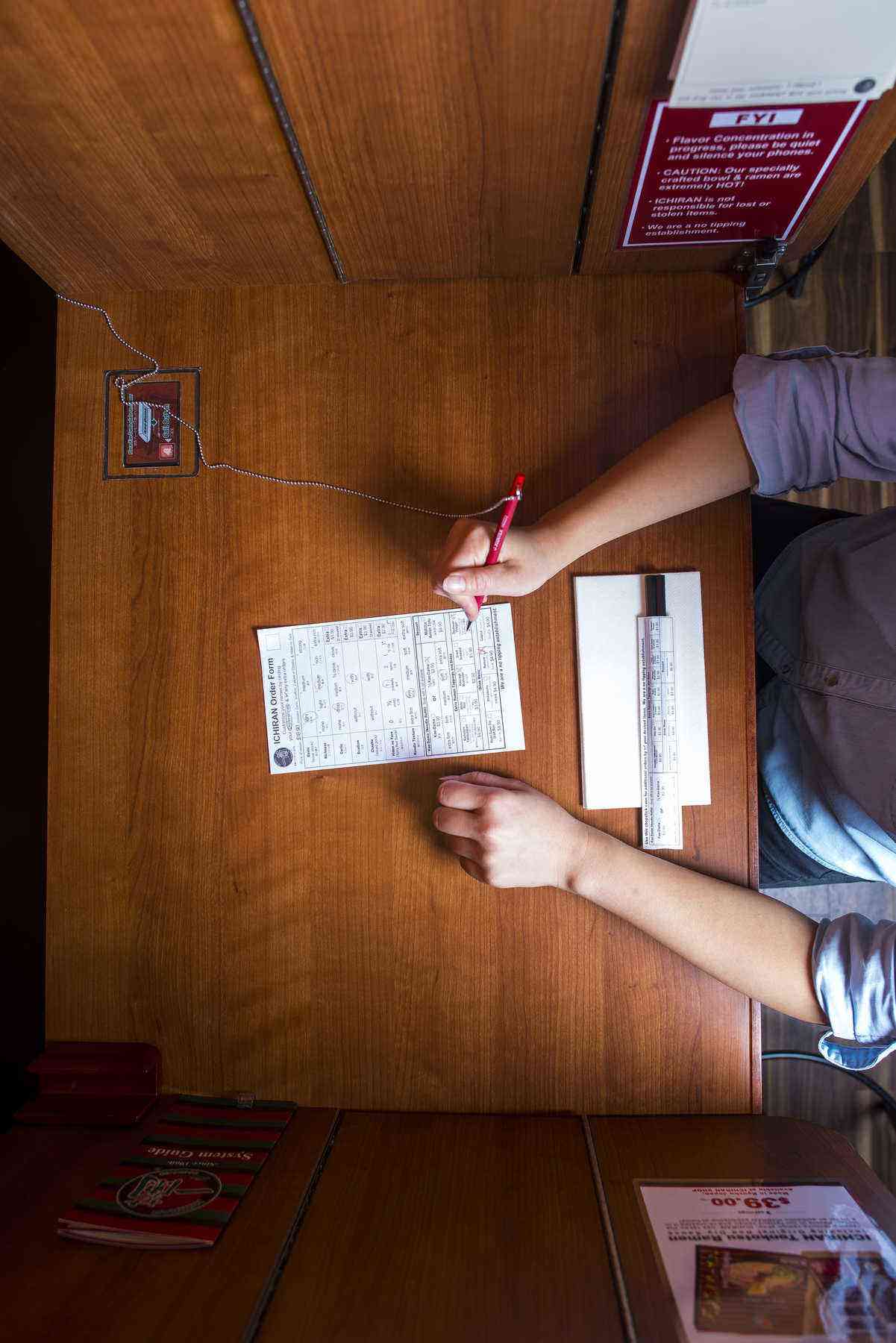 “Menu” might be a bit of a strong word because there’s only one thing you can order at this restaurant: Ramen. There are no appetizers, and there’s only one dessert. There’s no sake, but there’s beer; either a regular beer or a matcha beer (it’s fun because it’s green but don’t order it unless you really love the taste of unsweetened matcha [grass]). All the noodles come from the warehouse next door, where not even managers are allowed to step foot. Recipes here are sacred and worth keeping a secret.

INSIDER TIPIf you’re feeling like an ambitious home cook, packets of the house ramen can be purchased for a whopping $39/3-pack, meaning that it’s almost as expensive to cook these closely guarded secret noodles at home as it is to eat in the restaurant. 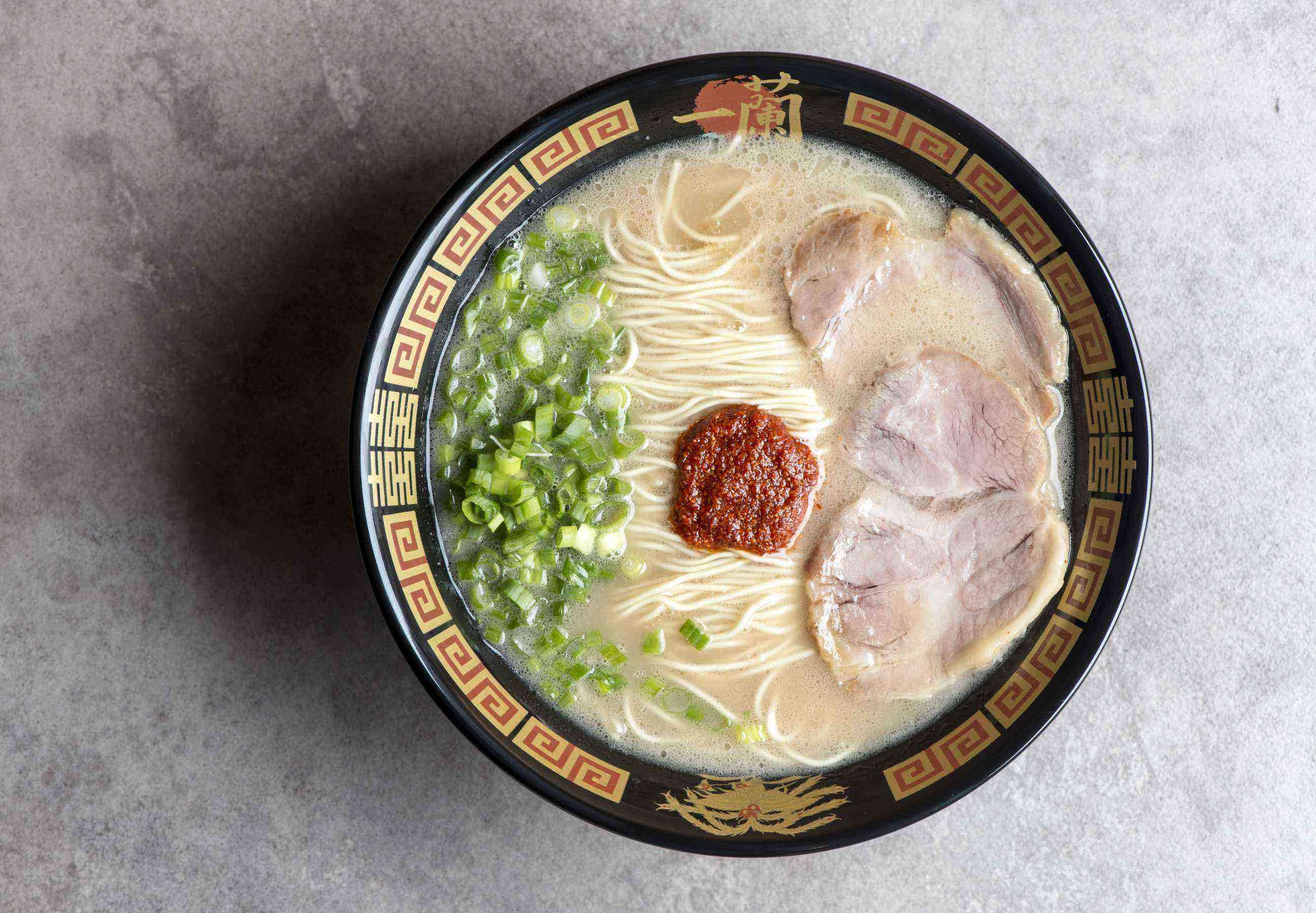 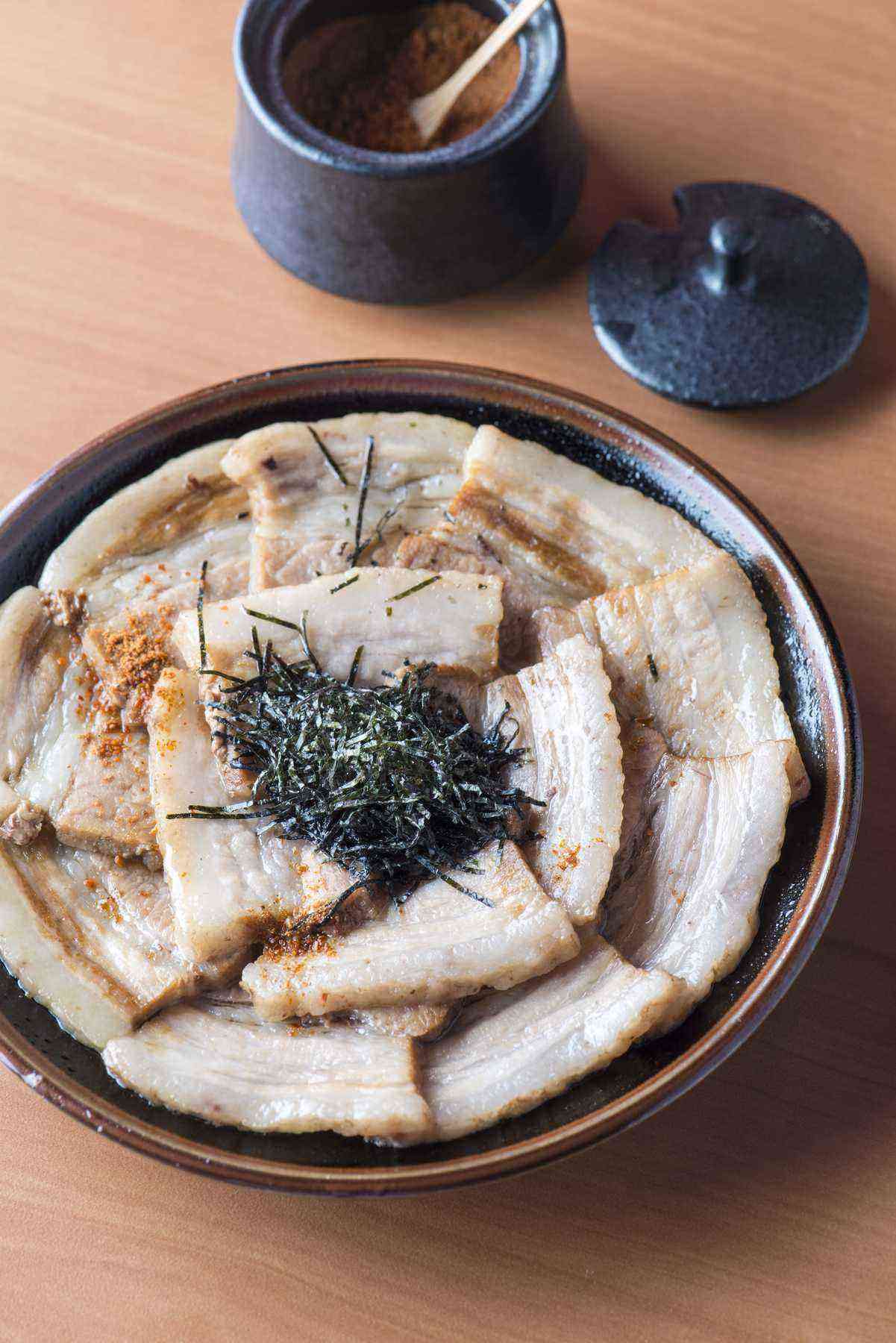 “But is it really the best ramen in New York?” you might be asking. The answer is yes, without a doubt. Sure, there are other incredible ramen restaurants in the city: Ippudo is an institution and definitely worth a visit at both NYC locations. Did you see Ivan Ramen on Chef’s Table? It is without a doubt 100% worth the hype. But as good as those restaurants are, Ichiran is a cut above. The texture of those secret noodles is the stuff of dreams, and the broth is rich without being oily. Each bowl of ramen is made with care exactly to your specifications. And, there’s something special about taking the L train out to Bushwick and getting lost in the maze of factory warehouses before you stumble upon this simple, streamlined, and quintessentially Japanese restaurant.