As a person who was born, raised, and is currently living in the U.S., this editor can confirm that it’s easy to settle into a bubble here; part of this is because of, I believe, the iconic comfort food that besets us at nearly every turn. We’re privy to so many “home-grown” fast food establishments that can satiate with the push of a button. We know what we’re getting into when we order from these restaurants, and at the end of a long day, the idea of cooking seems comparable to climbing Everest, and you (me?) just want a Big Mac. While the fast-food staples I’m referring to offer delicacies we’ve held close to our hearts for so long, they also rightfully cater to the taste buds of the regions in which they’re located outside of the States since expanding. So, let’s take a look at some unique offerings at U.S.-born restaurants that aren’t on any U.S. menus.

Shaker Fries (Hong Kong) — A standard order of fries and your choice of seasoning (my personal favorite being “Seaweed”). In an empty bag, also provided to you, you dump in the seasoning and the fries, and voila: you have seasoned fries! It’s potentially the most satisfying load of carbs on the planet; a very, very delicious menu item that I’ve been blessed to try firsthand.

McSpaghetti (Philippines) — Yes, actual pasta on the dollar menu. Spaghetti is widely regarded as comfort food in the Philippines and the option on the McDonald’s menu is served with either a sauce that contains ground beef or hot dog pieces.

McLobster (Canada) — If there’s one thing Mickey D’s knows how to do, it’s French fries. Something a majority of Americans (presumably) can’t speak to, however, is lobster. That’s right, this entrée consists of lobster in a hot dog bun with diced celery and shredded lettuce. It was removed from menus in 2017 because of the increased prices of lobster and then added again earlier this spring as part of a limited run. 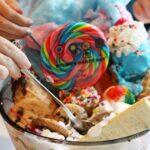 Shrimp burger (China) — A deep-fried shrimp patty with lettuce and honey mustard. It’s KFC, so the emphasis is on the deep-fried. Emphasis on the shrimp as well, which may seem amusing considering it’s coming from a restaurant with “Chicken” in the name, but shrimp has become more and more beloved by consumers in China in recent years.

Deep-fried corn soup (Japan) — Soup that is fried. Hmm. Turns out, this treat is actually comparable to a pot pie, which can be heavenly and always filling! A creamy soup that is surrounded by a fried crust. Pair this with a Sprite and we’re in business.

Kentucky Style Biscuits (Japan) — More like, donuts…and while that implies sweet and delectable, per Reddit, that might not be the case. Alternately, the franchise did offer (in Japan) pumpkin-flavored biscuits just in time for Halloween back in 2014, so there’s at least a glimmer of hope if you’re in Japan in the next, let’s say, five years and are clamoring for sweet KFC biscuits.

Crown Crust (Middle East) — Slider burgers at the end of your pizza. Like, instead of crust. A menu item clearly constructed for the famished crowd. Like really, really famished.

Fish Donut (Thailand) — Basically, exactly what it sounds like: a fish stick…in the shape of a donut; unconfirmed if it pairs well with a cup of coffee, as donuts typically do.

Escargot (China) — It’s hard to picture Pizza Hut selling snails (in China, no less), but, hey, what did I say about living in a bubble!

Thousand Island Seafood Pizza (Hong Kong) — Pizza, with a bevy of seafood toppings, finished off with the always easy-on-the-stomach, mayo-based Thousand Island dressing. A “late-night snack” if there ever was one (not unlike the “Crown Crust”).

Kuro Ninja Burger (Japan) — While it might sound odd on paper, it…well, it might appear odd in person as well: a beef burger complete with a black bun (made possible with bamboo charcoal), onion-garlic soy sauce, mayo, lettuce, tomato, and bacon. 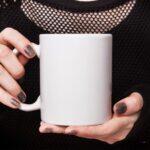 Chili Cheese Bites (Spain) — Seemingly comparable to jalapeno poppers, these lil’ nuggets are crispy on the outside and full of spicy cheese on the inside. Perhaps not as unique as a charcoal-bunned burger, but notable nonetheless because who doesn’t like chili cheese bites. If you’re reading this, Burger King, know that if you offered this item in the States, no one would be mad.

Fun fact: You can have it your way in a sauna in Finland!!

Buttermilk Pancakes (UK) — American-style pancakes (!) with your choice of either berry compote or a maple honey sauce topping. As someone who’s a proponent of big pancake breakfasts, this editor also loves a crisp Grande Bux cold brew, so such a pairing could change (sluggish) Mondays forever. Is it too much to request that we add these to the menus in AMERICA?!

Algarrobina Frappuccino (Peru) — A drink that’s prepared by blending the thick molasses-like Algarrobina syrup (a local condiment derived from the black carob tree) mocha, milk, ice, and Starbucks’ Frappuccino roast together. The beverage is then topped off with whipped cream and Algarrobina syrup.

Purple Yam Cheesecake (Philippines) — Is there a good time of day for cheesecake that contains purple yams, red mung beans (red soybeans), and macapuno coconut? My gut says any time, and by all accounts, one needs a delicacy to go with one’s coffee (*see directly above*). However, I’m still not completely confident it looks appetizing.

Honorable mention: Cherry Pie Frappuccino (Japan) — A vanilla-flavored froth, whipped cream, cherry compote, and a pie pastry dome. It was offered as a limited edition product in 2017, but whether or not it’s on the infamous “secret menu” has yet to be revealed.

Corn and Peas (India) — Exactly, um, what it sounds like. These two vegetables are mixed in with a mayonnaise-based dressing, making this sandwich a solid vegetarian option.

Bacon, Potato, and Anchovy Sauce (Japan) — A hearty combination, to say the least, the title of this interesting offering says it all, and it honestly sounds pretty good. Although, anchovy sauce is arguably an acquired taste.

Fun fact: This restaurant was, at times, difficult to research.

Dried Pork and Seaweed Donut (China) — The batter used in preparing this donut is less sweet, so it’s considered to be more of a savory breakfast order. Interestingly enough, the pork element is also referred to as “pork floss,” which means before the meat is sautéed in a wok, it’s strained and teased apart until it has the consistency of cotton candy.

Kimchi-Stuffed Donut (South Korea) — Also more of a savory (self-explanatory) treat, kimchi is a fermented vegetable dish prepared with a variety of spices that has actually become quite popular in North America over the years. Unfortunately, this donut is exclusive to Asia for the foreseeable future.

Beefy Cheddar Cheetos Crunchwrap Slider (Canada) — We had this (or a variation of it) in the U.S. at one point, but it’s still going on this list because what even: seasoned beef, nacho cheese, and jalapeno-flavored CHEETOS in a crispy tortilla.

Chocomarsh Wrap (Spain, UK) — Basically, a chocolate and marshmallow quesadilla—all anyone could ever ask for, right?

Banuritto (Cyprus) — Also an “anyone could ever ask for” item, the Banuritto is comprised of bananas with Nutella wrapped in a flour tortilla topped with chocolate sauce and RAINBOW SPRINKLES. Taco Bell having a menu item with rainbow sprinkles—the power that has!