From culture to cuisine, more than mere flowers can be enjoyed at annual events across America’s sprawling botanic gardens.

Botanic gardens are top attractions across the nation, but they’re not often the reason you plan a trip. After all, you can see flowers just about anywhere, right? Wrong! Okay, you can see flowers just about anywhere, but botanic gardens are immaculately sculpted, meticulously maintained conservation and research centers bringing astonishing displays to the public daily, and many of them host annual festivals ranging from culture to cuisine. Here are some of the most enticing events across the US that may finally inspire you to plan your next trip around that most beautiful of institutions: the botanic garden. 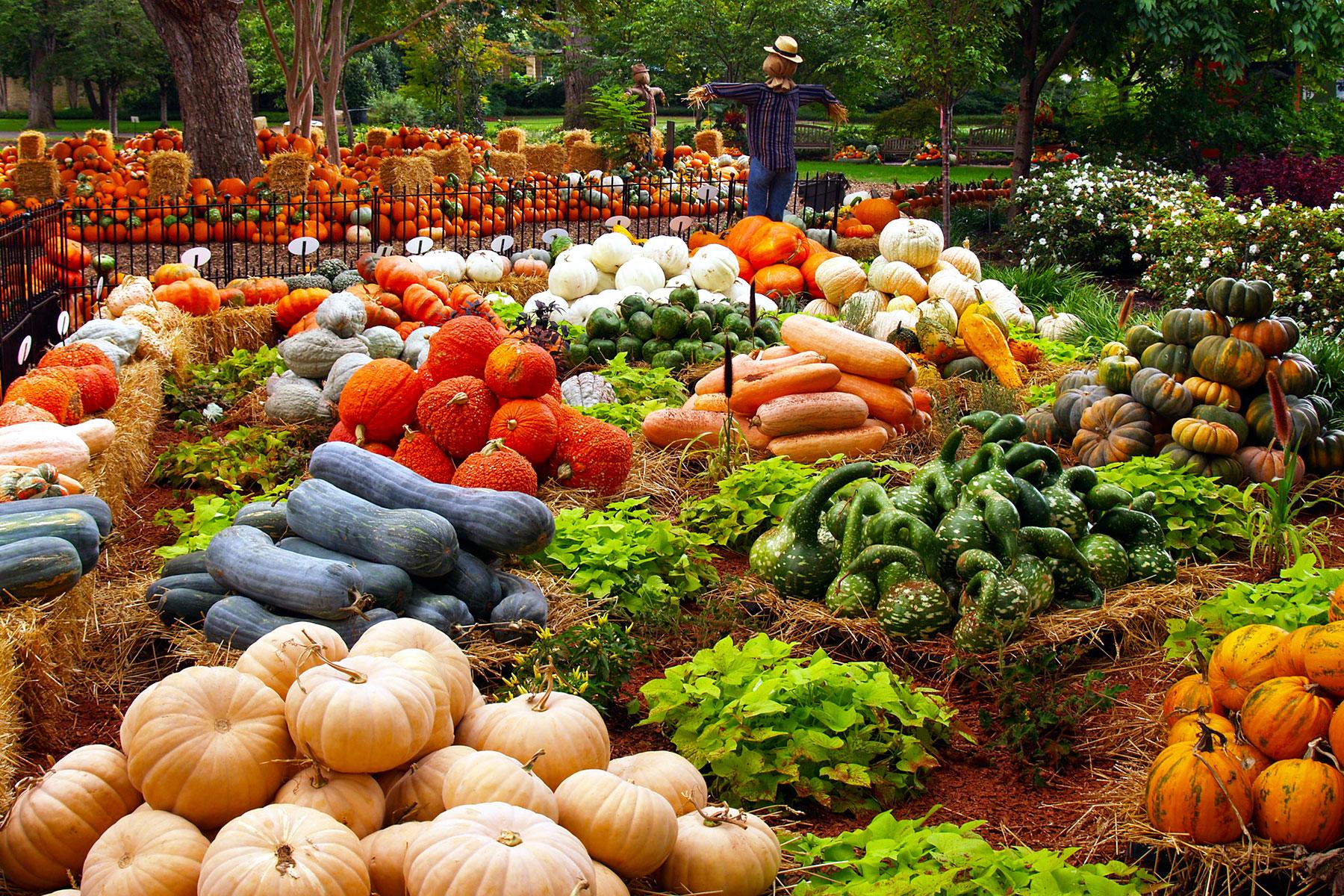 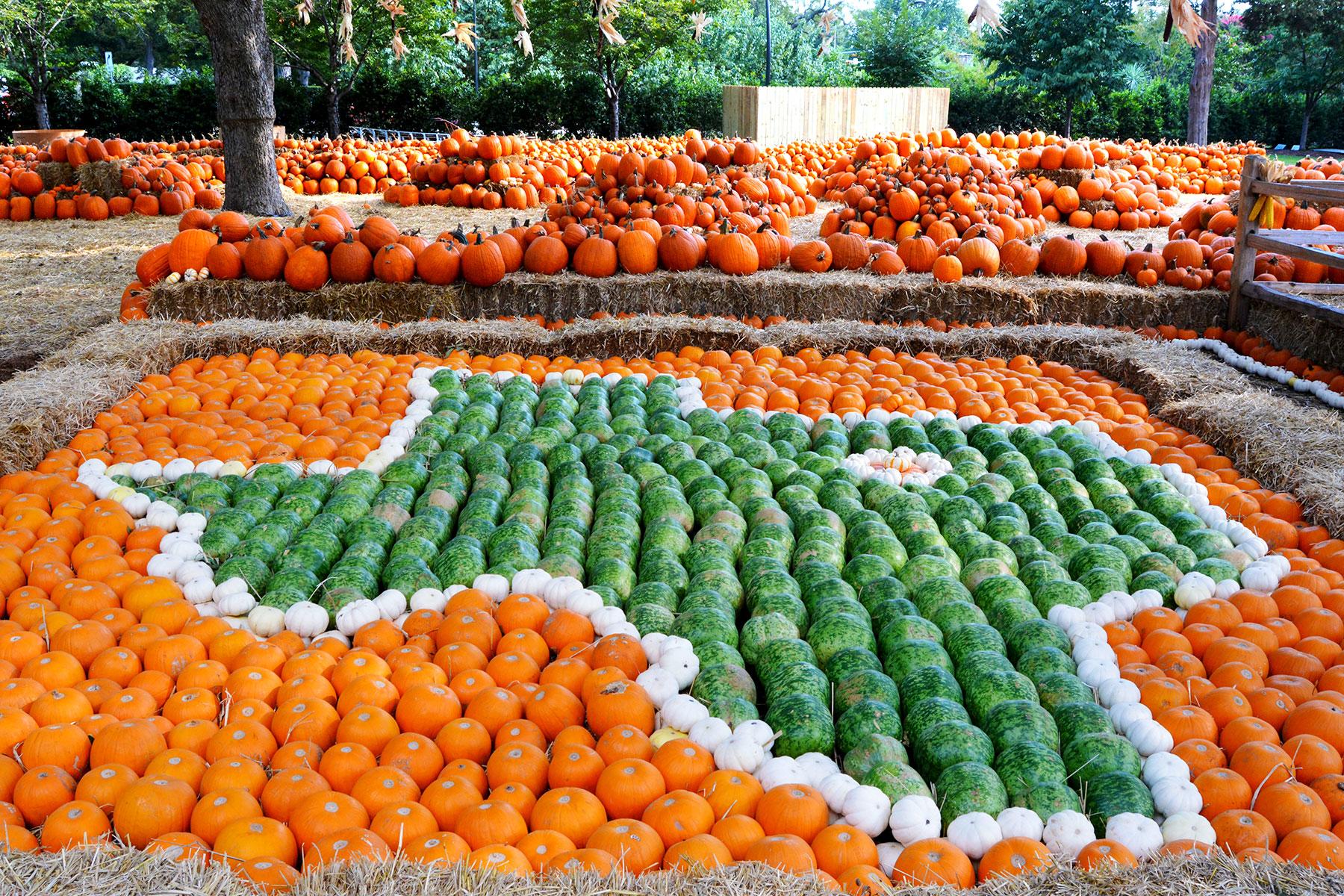 PHOTO: Dallas Arboretum
Previous Next
1 OF 13

Autumn at the Dallas Arboretum

The main attraction of this eight-week-long festival of all things fall is the Pumpkin Village, recognized as one of America’s Best Pumpkin Festivals. With more than 90,000 pumpkins, gourds, and squash used to construct buildings, walkways, and gardens, the Pumpkin Village is a serious piece of Halloween magic without any spooks or scares. Recent themes for the festival have included The Wonderful Wizard of Oz, Cinderella, and The Art of the Pumpkin. Outside of the Pumpkin Village, 4,500 colorful chrysanthemums join 150,000 other fall blooms for an autumnal display that draws more than 350,000 visitors annually. 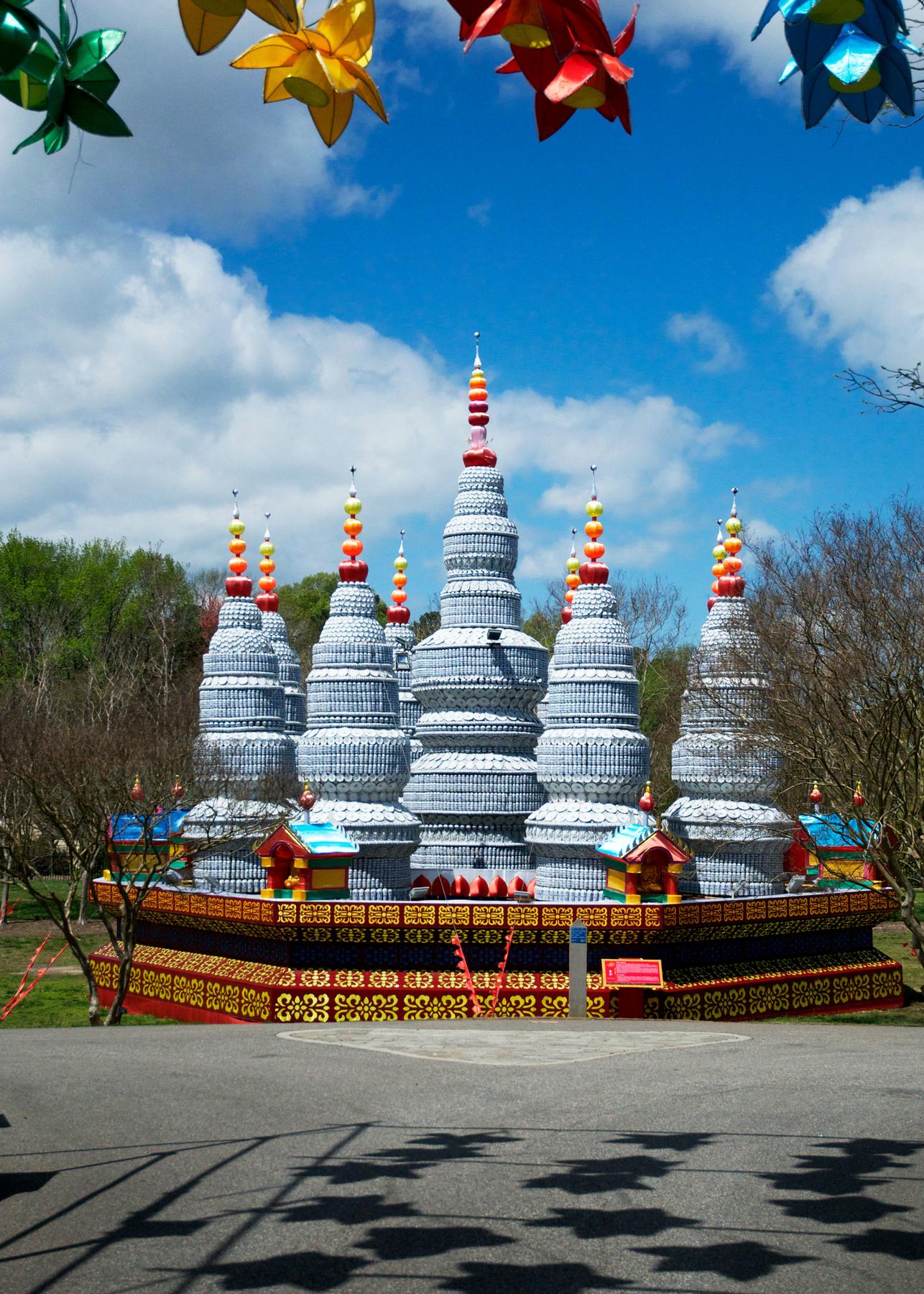 This biennial spring event is a stunner of imperial proportions. Bringing the Chinese art of lantern making into the 21st century, LanternAsia descends upon the Norfolk Botanical Garden with a mile-long walk of more than 40 modern day lantern sculptures, some towering several stories skyward. Honoring ancient tradition, the masterpieces are constructed primarily of steel, faux silk, and LED lighting (today’s candle), but many are further fitted in unconventional materials like teacups and pill bottles, creating mesmerizing art by day and transforming into brilliant lanterns by night. Each one is hand-constructed by Chinese artisans who spend a month on the grounds of the garden, assembling their creations into a spectacular experience best enjoyed twice—first in the daylight, then aglow at night. 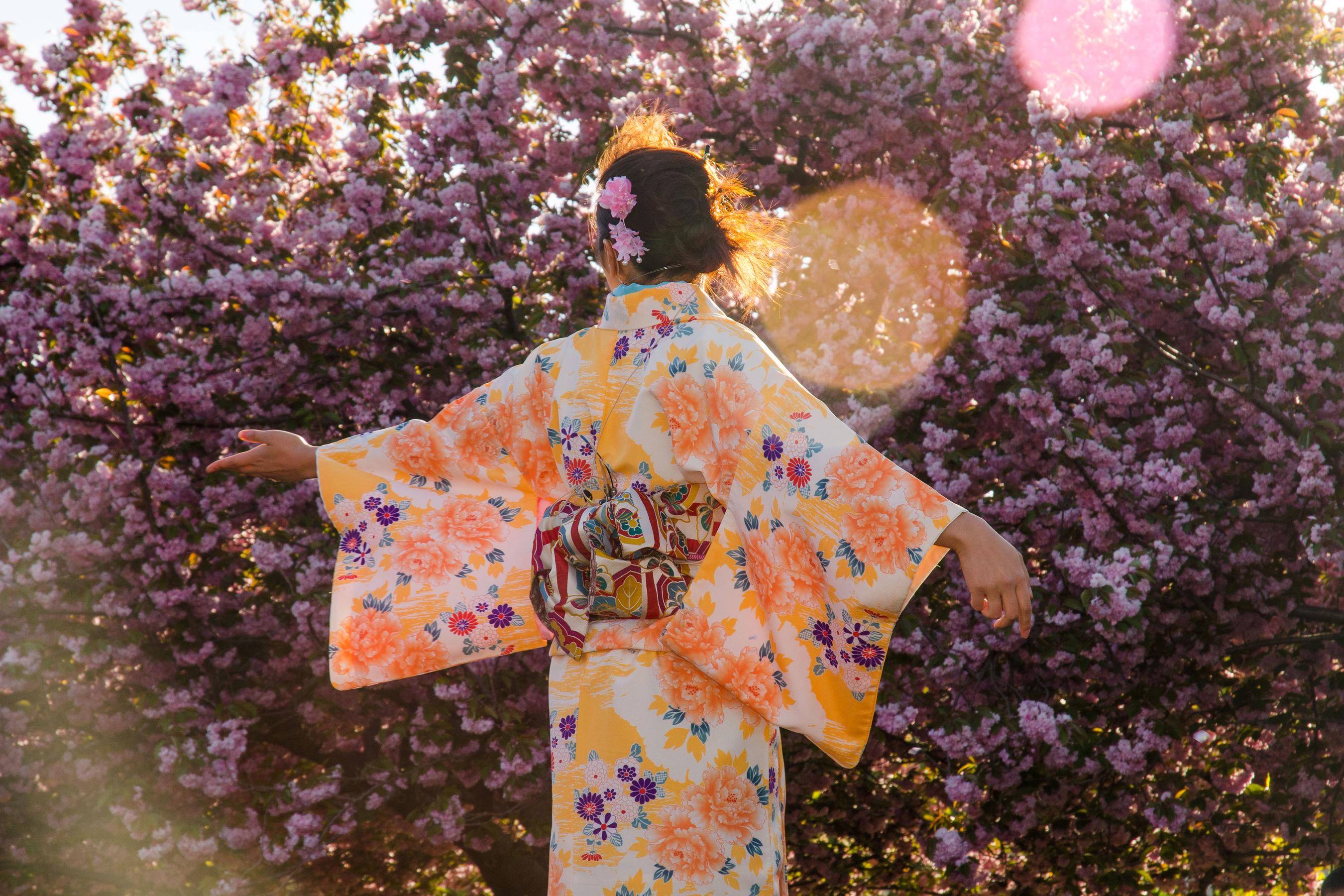 Including more than 60 events over just two days, Sakura Matsuri is the Brooklyn Botanic Garden’s busiest weekend of the year. Each April, the garden throws a Japanese culture festival of epic proportion including musical and dance performances, tea ceremonies, book readings, anime and manga lectures, art exhibitions, and traditional Japanese games. Grab some sushi or Japanese chocolate and check out parasol and kimono fashion shows, learn origami, and ogle world-class bonsai collections. To avoid the most intense crowds, go early in the morning.

INSIDER TIPCosplay is allowed (and encouraged) during this festival, but large props, hard-material props, and anything resembling a weapon will not be admitted so leave all that at home. 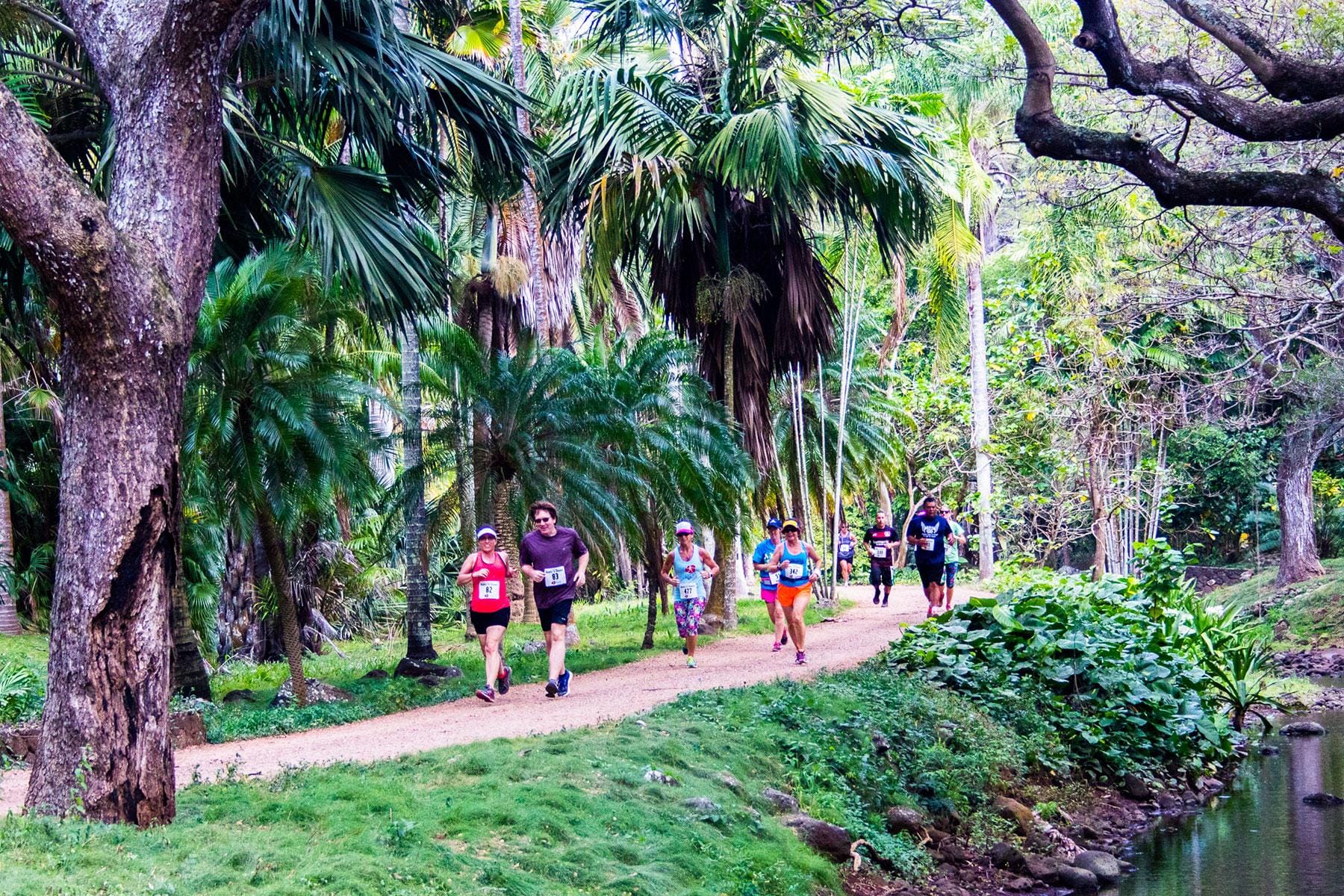 If you’ve ever fantasized about running from dinosaurs in exotic locales, this is your chance to act out that dream (or nightmare). The National Tropical Botanical Garden hosts an annual 5k fundraiser and, as if its Hawaiian splendor weren’t exotic enough for you, part of the course blazes by the Moreton Bay fig trees featured in Jurassic Park. Show up early for some Kuaui coffee before the 8 a.m. start through bamboo groves and rainforest wonders that inspire Hollywood blockbusters. Breakfast and a silent auction follow the run, and then the gardens are yours to explore the day! 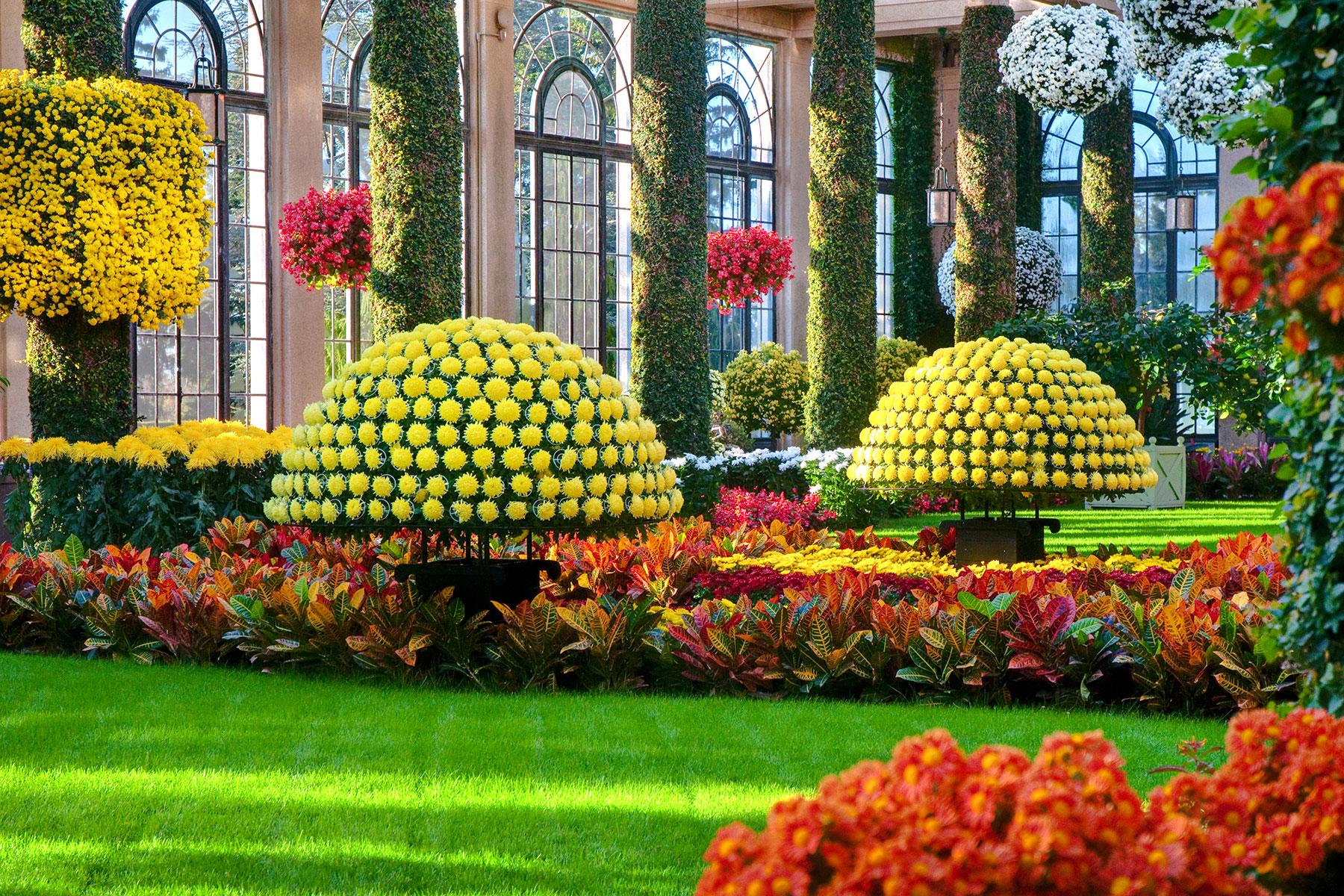 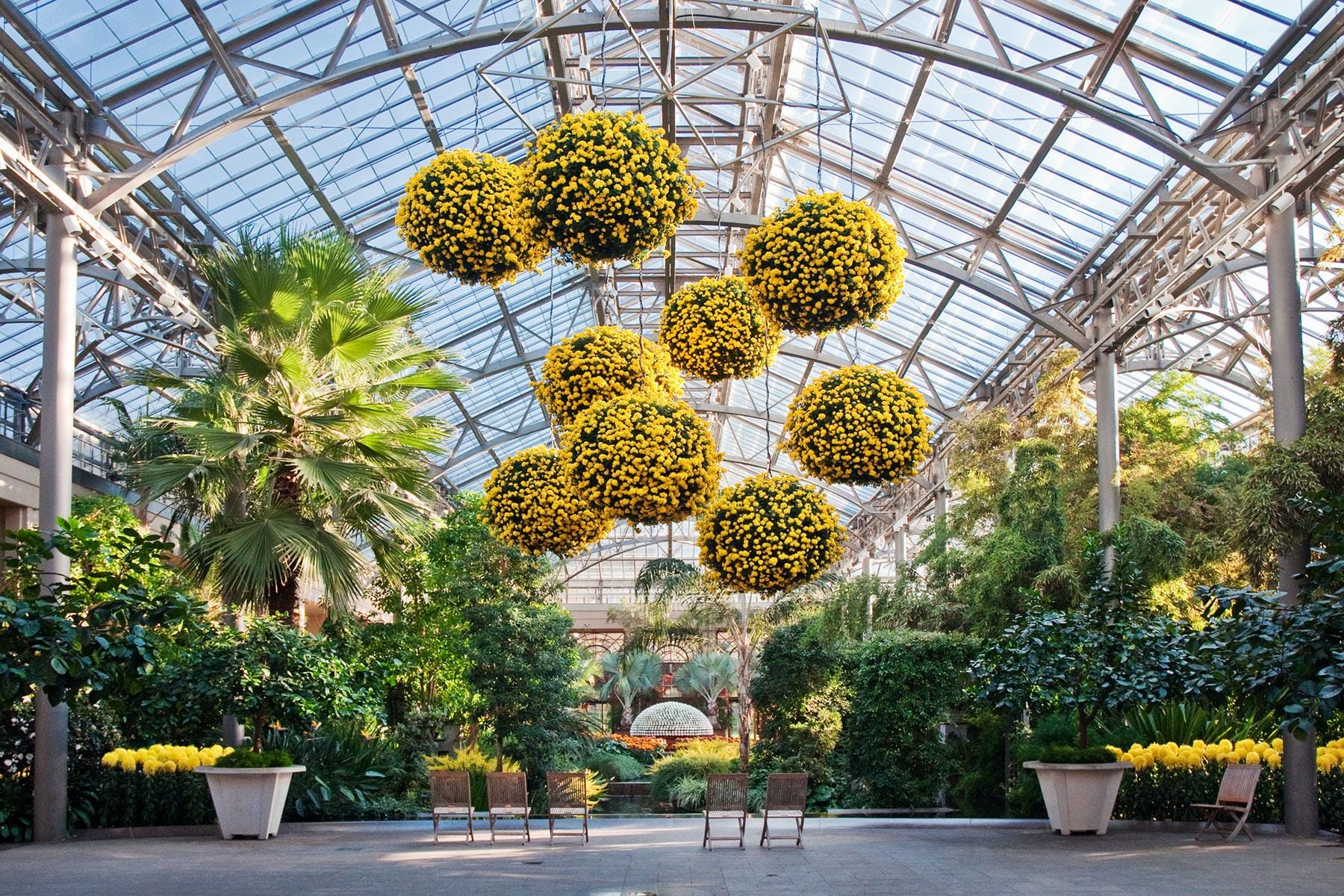 PHOTO: Albee Lee
Previous Next
5 OF 13

The Asian art of chrysanthemum cultivation is a dying skill but not at Longwood Gardens, where expert horticulturists fill the garden’s four-acre conservatory with thousands upon thousands of colorful blooms. More than 70 large-scale topiaries fill the space, some of them taking longer than a year to achieve their meticulously sculpted shapes of clouds, pagodas, and more. The festival spans most of October and November, but peak color season is in November, and this is also when the show-stopping Thousand Bloom Chrysanthemum is guaranteed to be on display. This single plant is cultivated to produce maximum bloom boom and has reached as many as 1,443 simultaneous blooms in recent years. Shakespeare in the Garden at Santa Fe Botanical Garden

Like the famed Shakespeare in the Park of New York City, but in an even more beautiful setting, Shakespeare in the Garden brings the bard outdoors at the Santa Fe Botanical Garden for a week in August. Arrive early and bring a picnic to dine al fresco as period music fills the garden. At show time, pack up your wicker basket and snuggle under your fuzzy blankets at the recently opened Ojos y Manos Garden amphitheater for a professional performance. At select performances, you can even mingle with the stars of the stage afterward at an Unwind with the Cast reception. 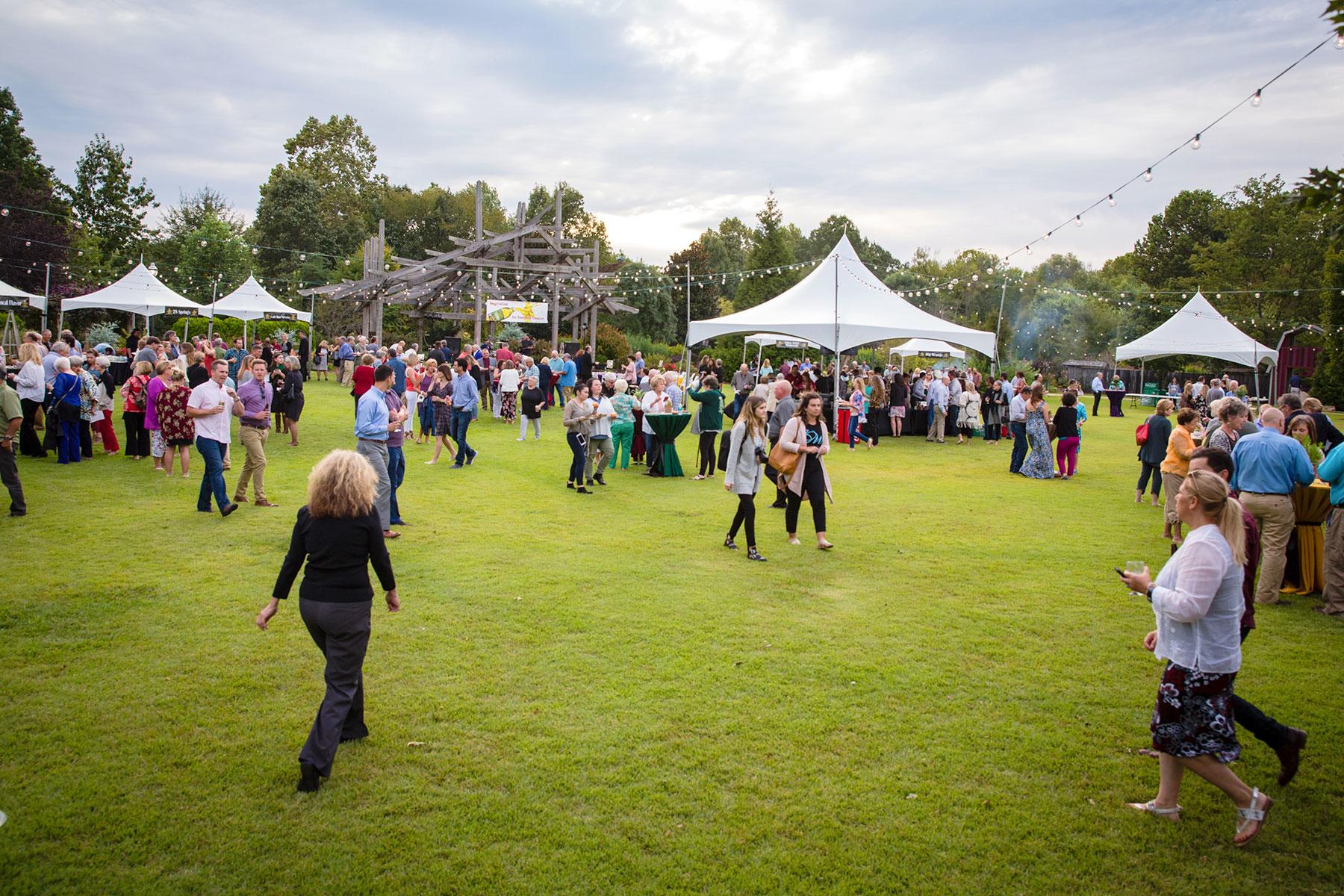 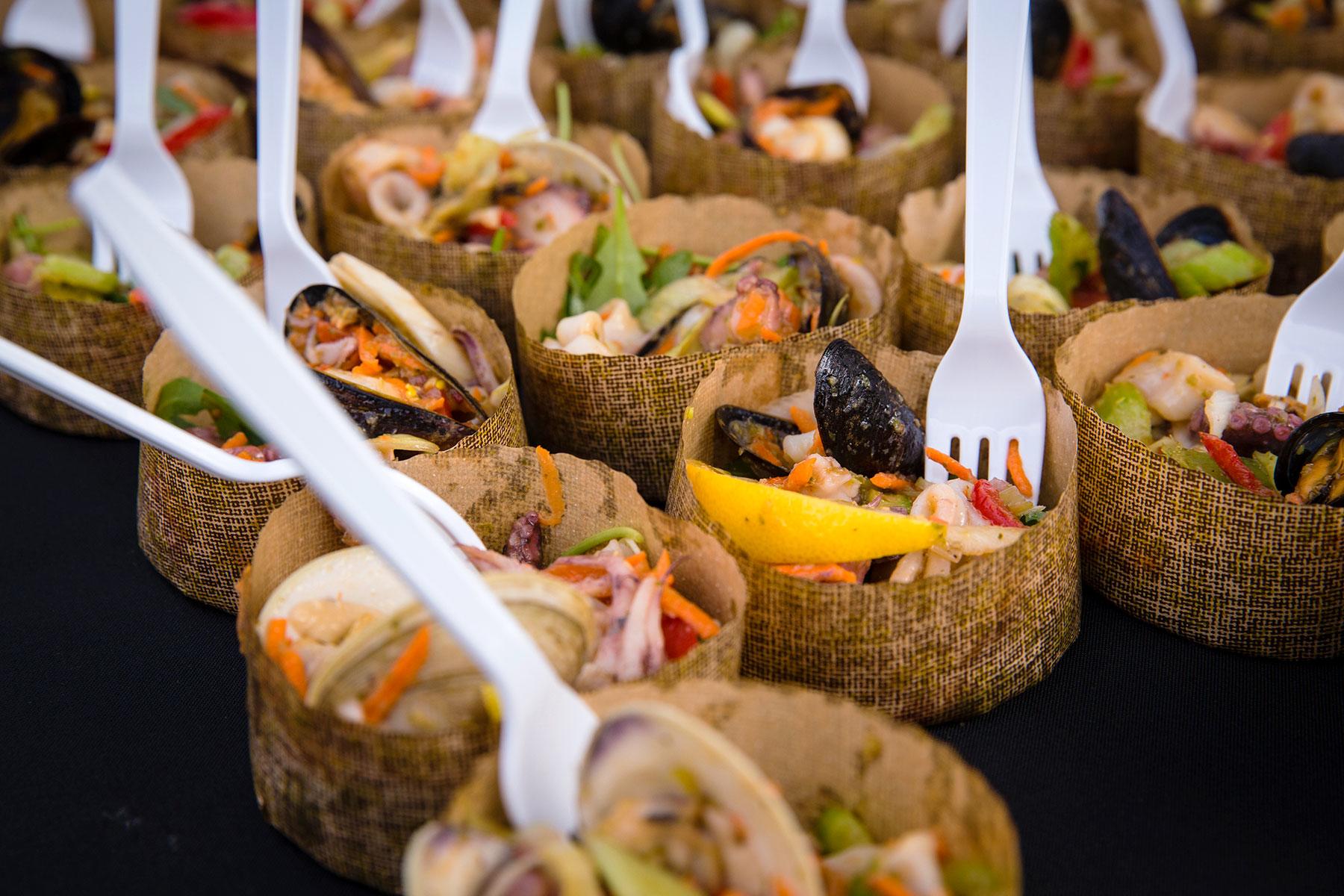 Chefs in the Garden at Botanical Garden of the Ozarks

If strolling through twelve theme gardens sounds delightful but appetite-inducing, then visit Botanical Garden of the Ozarks during the annual Chefs in the Garden event. This foodie festival stages cooking demonstrations throughout the gardens, dishing up everything from sweet to savory. For more than a decade, area restaurants have exhibited at this culinary cabaret where guests can taste the best of the best that the region has to offer. Bonus: premium cocktails are included with admission. 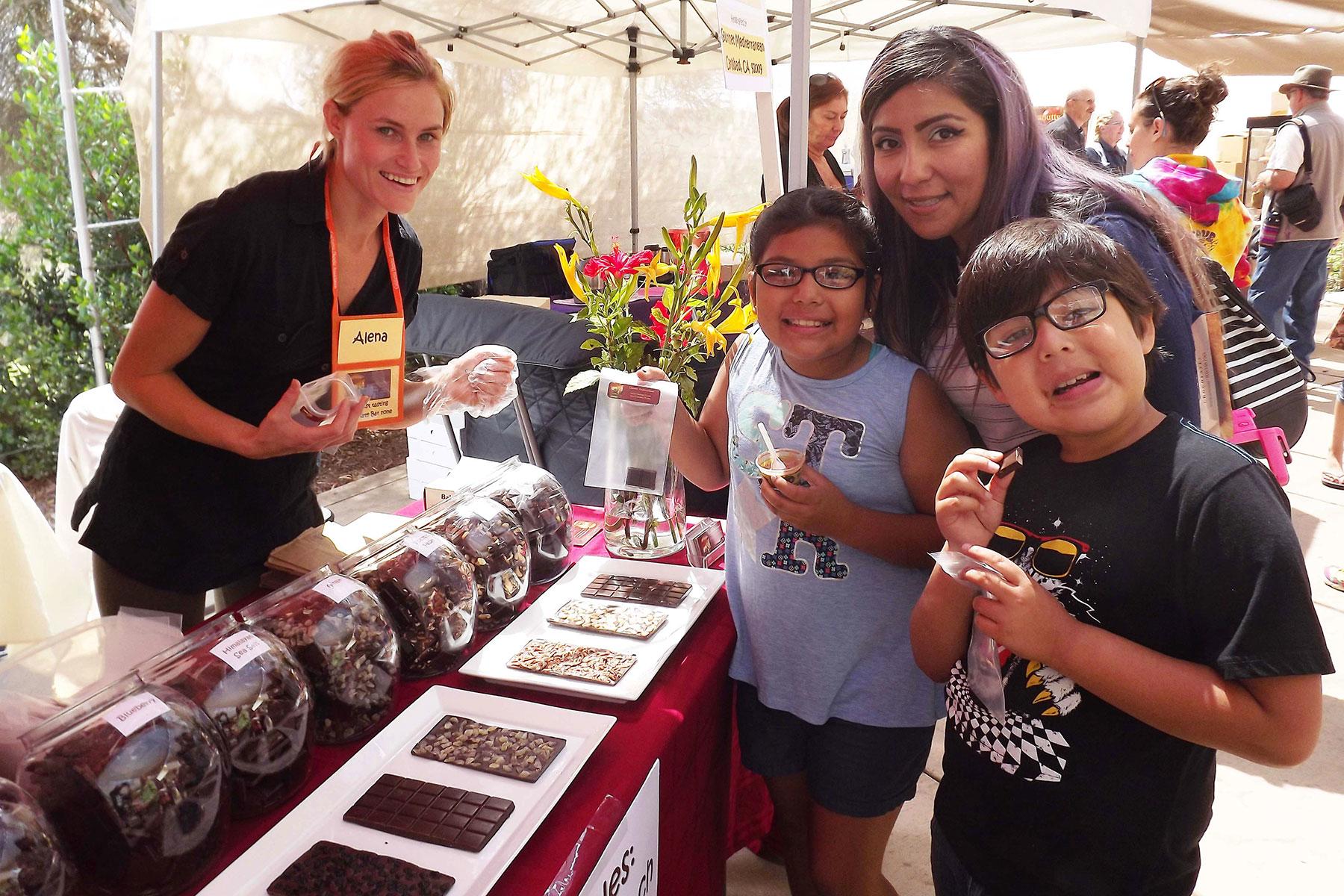 If you’re ever in San Diego in May, take your momma to the Chocolate Festival at the San Diego Botanic Garden for the sweetest Mother’s Day celebration around. While not exclusively a Mother’s Day shebang, you’ll find plenty of gifts for Mom amid dozens of chocolate tastings and demonstrations at this event that typically falls on Mother’s Day weekend. Plenty of children’s activities make this a good event for the whole family, especially those who appreciate a chocolate fountain. Who wouldn’t? 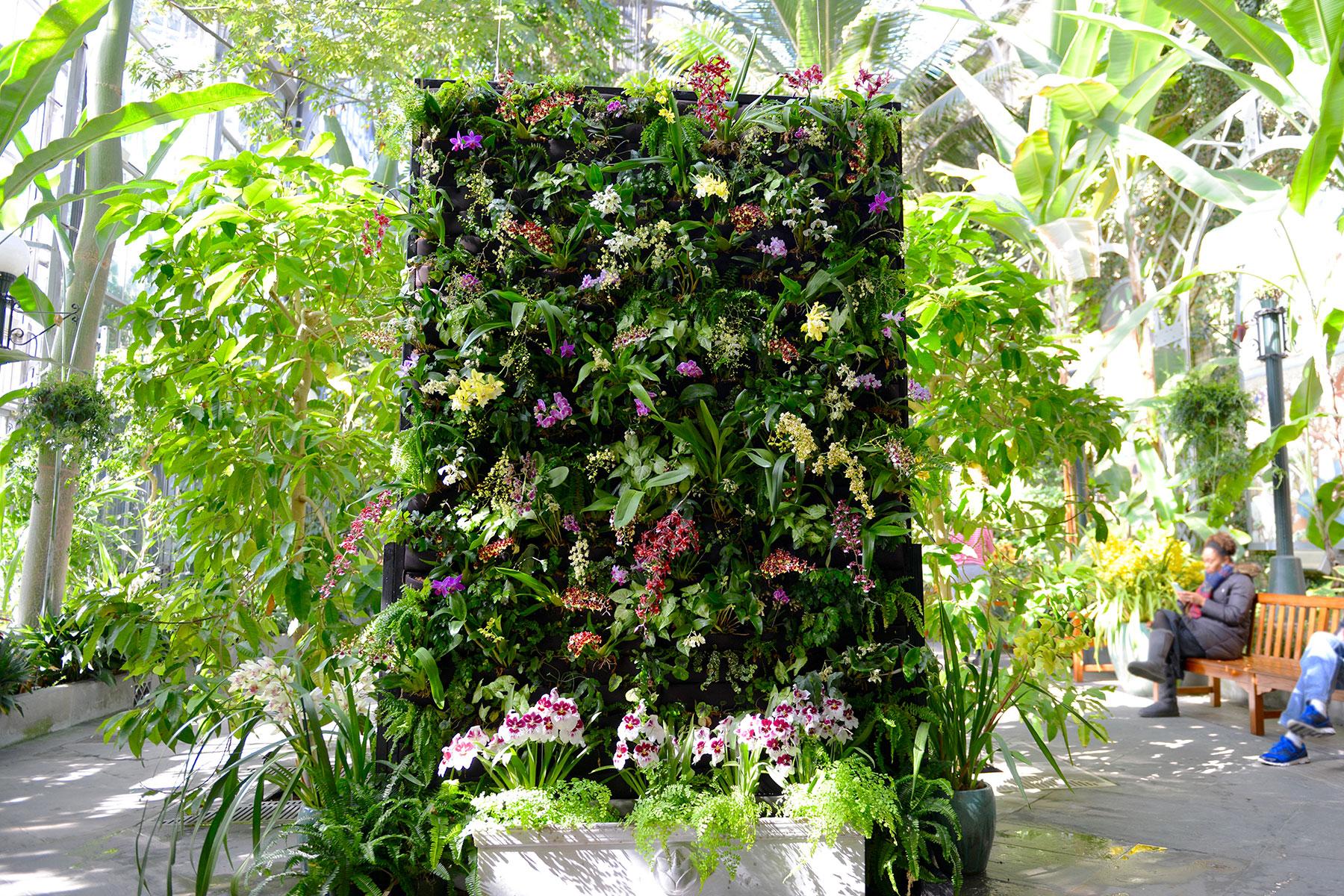 Orchid shows aren’t exactly uncommon among botanic garden offerings, so if you’re going to take a journey for one, make it one of the best. The United States Botanic Garden, in partnership with the Smithsonian Gardens, fills its conservatory with thousands of orchid blooms as winter turns to spring each year (typically late February through early April). Highlights include rare and rarely displayed specimens, as well as dazzling displays assembled from the seemingly endless spectrum of colors, shapes, and sizes that the world’s largest plant family comprises. 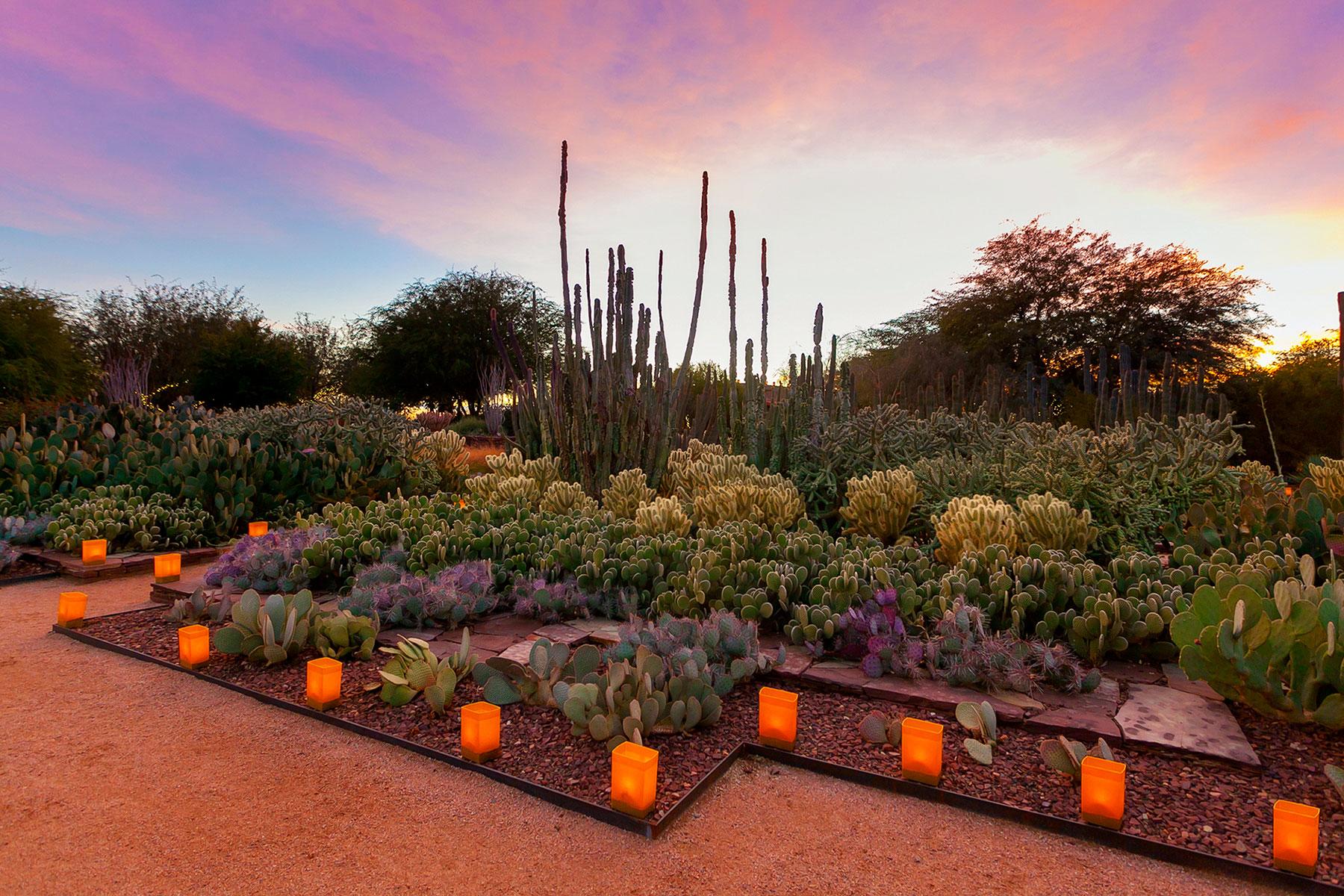 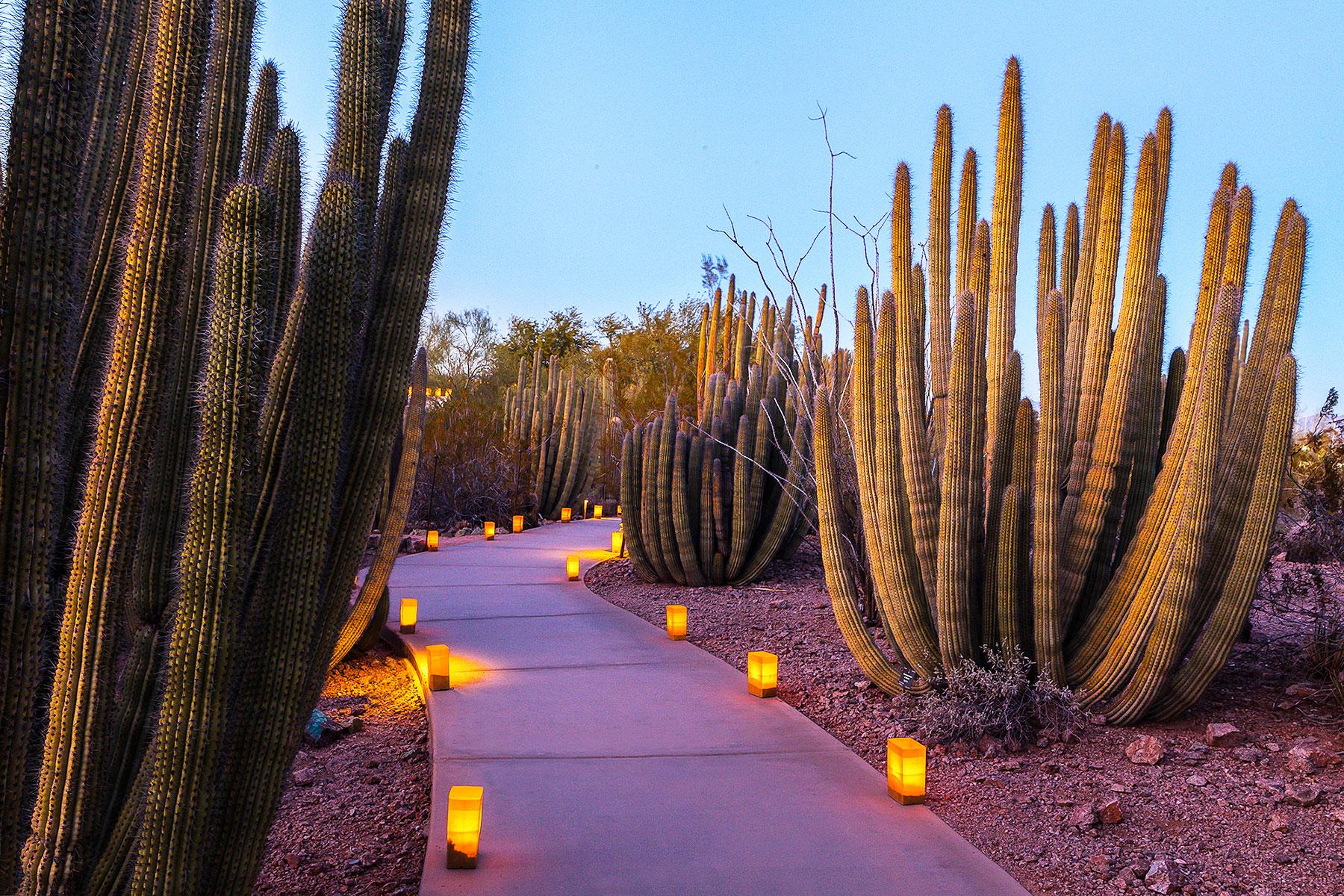 PHOTO: Adam Rodriguez
Previous Next
10 OF 13

Most botanic gardens have a holiday light display, but Desert Botanic Garden in Phoenix, Arizona, celebrates the season with a romantic nod to the past: instead of just electric lights strung from every branch (and there are thousands of twinkling white lights throughout the grounds), 8,000 luminarias are hand-lit and placed along the garden’s enchanting pathways for 21 nights. Grab a cup of cocoa and wander the gardens, encountering up to ten musical groups performing nightly and handbell ensembles scheduled throughout. It may be the country’s most elegant and serene holiday botanic garden festival, perfect for escaping the chaos of the season and reflecting on the things that matter most.

INSIDER TIPThe nights closest to the holidays tend to sell out weeks in advance, but tickets for nights earlier in the season are still available 2-3 days beforehand. 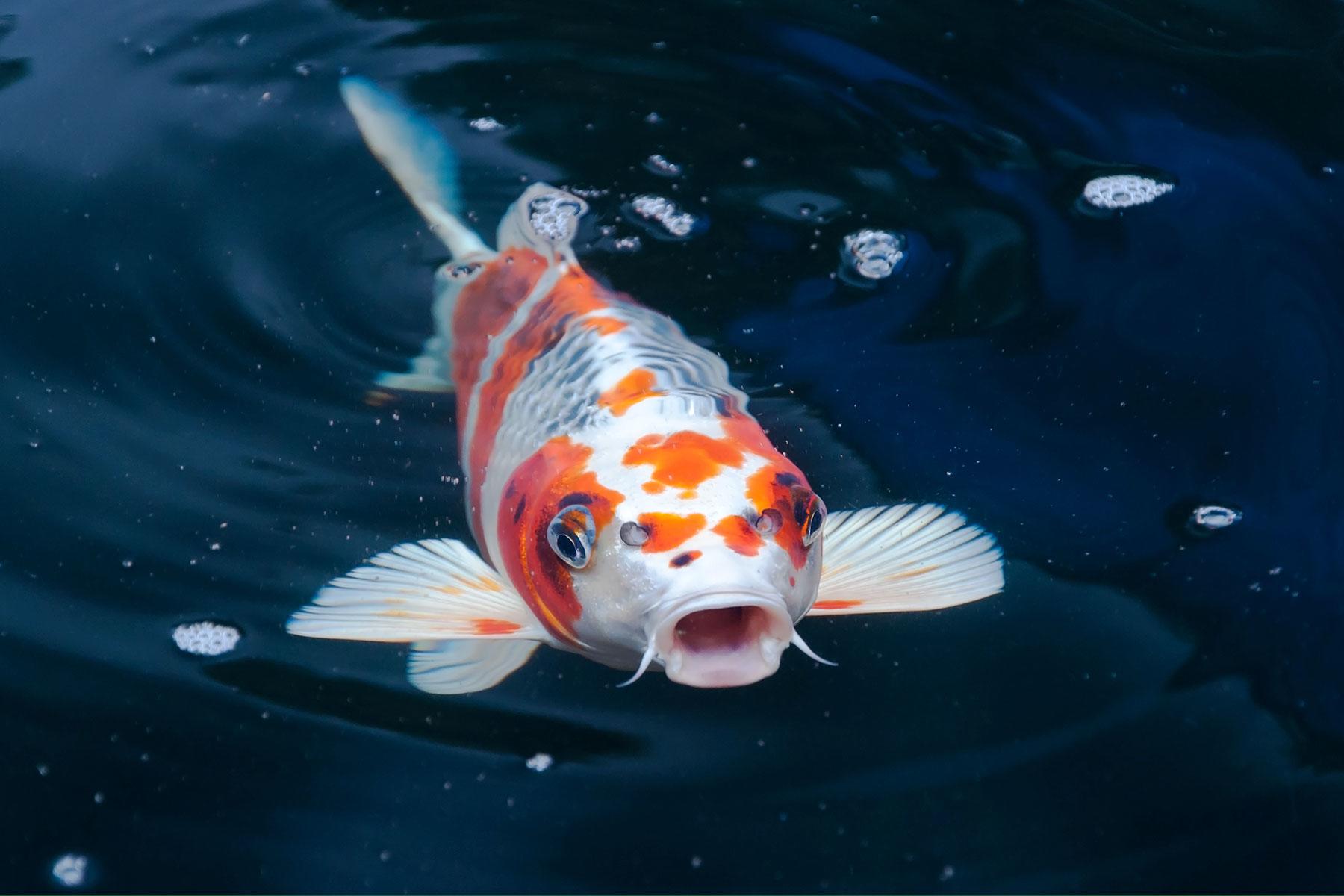 Each August, the Idaho Botanical Garden plays host to the Idaho Water Garden and Koi Society’s annual koi show. Ogle the impressive fish on display, learn how to keep your own koi, and buy koi souvenirs at this festival that doubles as a trade show for the koi industry you never knew existed. You’ll get a taste of Japanese culture, too, and not just from the food vendors. Most years, cultural extras like Japanese drum performance and bonsai displays and lectures accompany the koi show for a more immersive experience of all day fun. 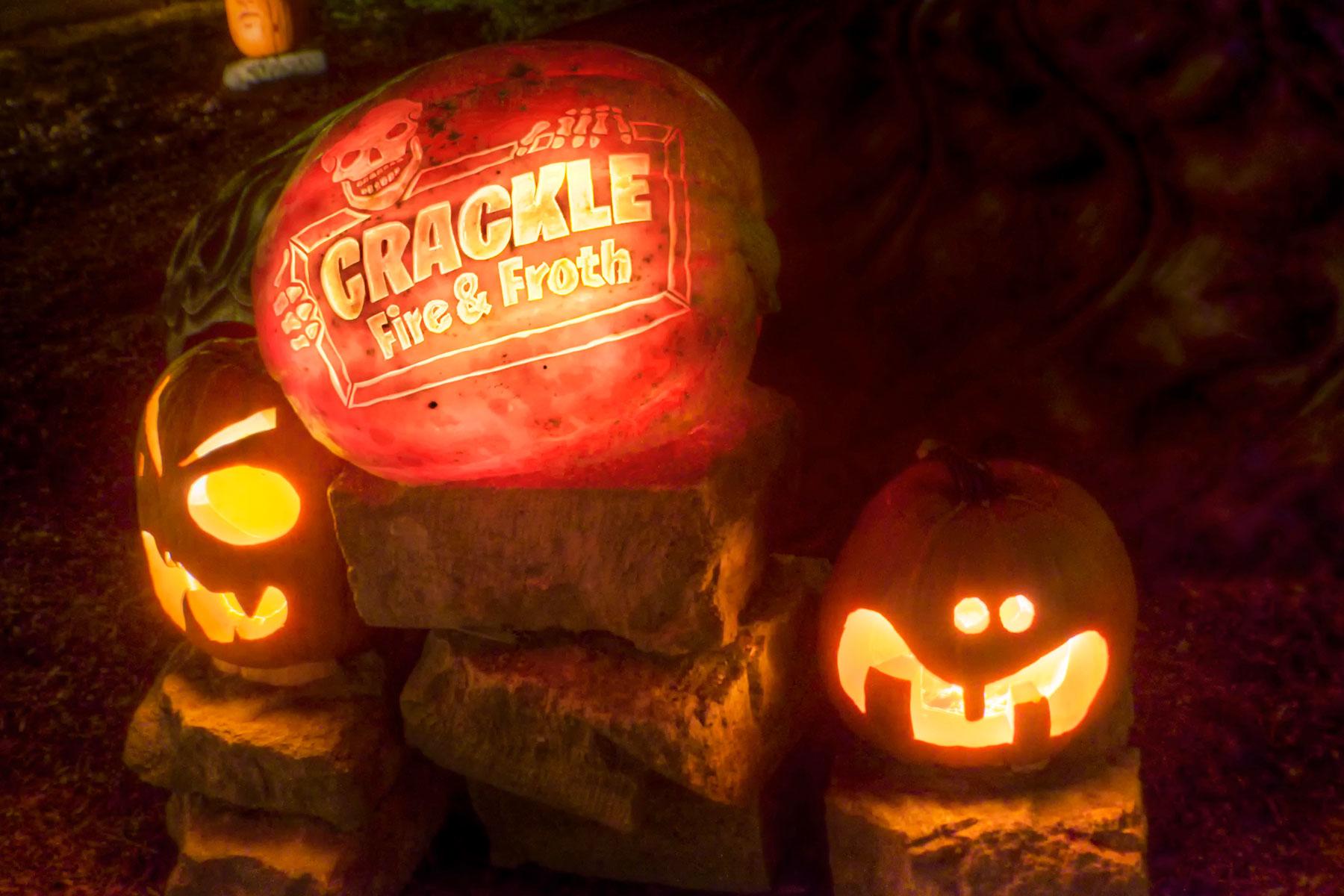 Bonfires are all the rage at Olbrich Botanical Gardens each autumn. The Crackle, Fire & Froth event, open only to adults 21 and over, sets ten bonfires ablaze on the Great Lawn. Enjoy a crisp fall evening sipping some Wisconsin microbrews and sampling bites from local food trucks offering street food that ranges from tacos and brisket to pickled jalapeños and roast-your-own-s’mores kits. Chow down, drink up, and warm yourself by the fires while listening to some sweet (live) tunes at this annual favorite that’s anything but a traditional garden party.

INSIDER TIPIf you want to cozy-up by the fire, keep in mind that this event is BYOC (Bring Your Own Chair). 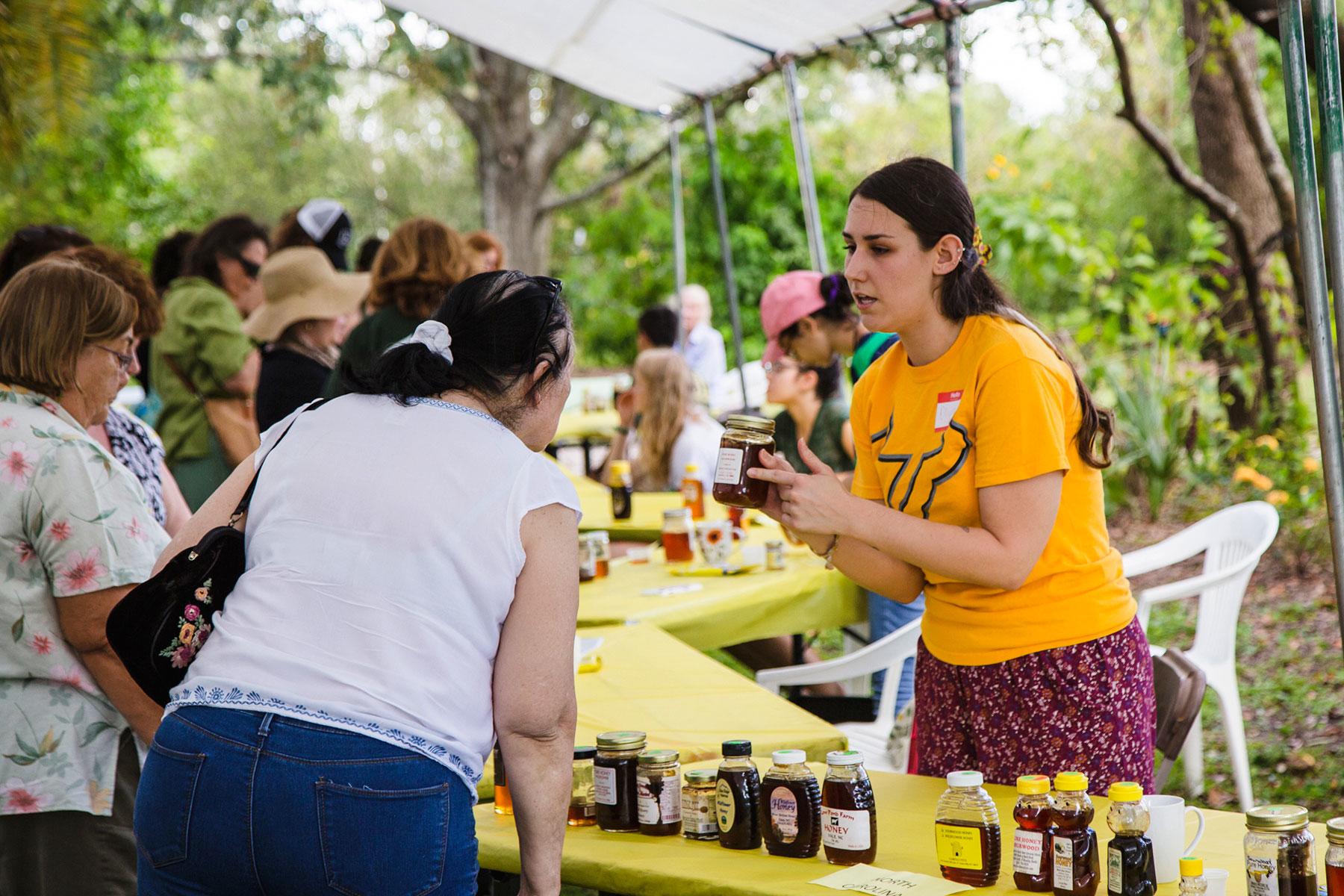 Heard the buzz about the disappearing bees and their impact on world ecosystems? Check out University of South Florida’s annual honey festival and learn all about the plight of the honeybee and how to help, including lectures on starting your own apiary. Or take a more casual approach and just spend a sweet day sampling some of the 100+ exotic kinds of honey on hand for the festival. Live music and door prizes add to the fun at this event on the Tampa campus of USF.