Coronavirus Fejiro Odibo Here's What It Was Like as the Only Black Woman Living in a Small Mayan Village During the Pandemic
PHOTO: Photo by Angela Compagnone on Unsplash

As the COVID-19 pandemic rages across the world, the aviation industry has been completely upended.

Due to the initiatives designed to prevent the spread of the COVID-19–from government-mandated travel restrictions to social distancing to the closure of businesses like hotels and restaurants–people simply aren’t flying, creating a major drop in demand and serious financial problems for airlines. The situation changes each day–everything from current cancellation policies to in-flight social distancing procedures. If you have a specific question about your booking, reach out to your airline directly for the most up-to-date information. Otherwise, here are some things you can expect for flying now and anticipate for the future. 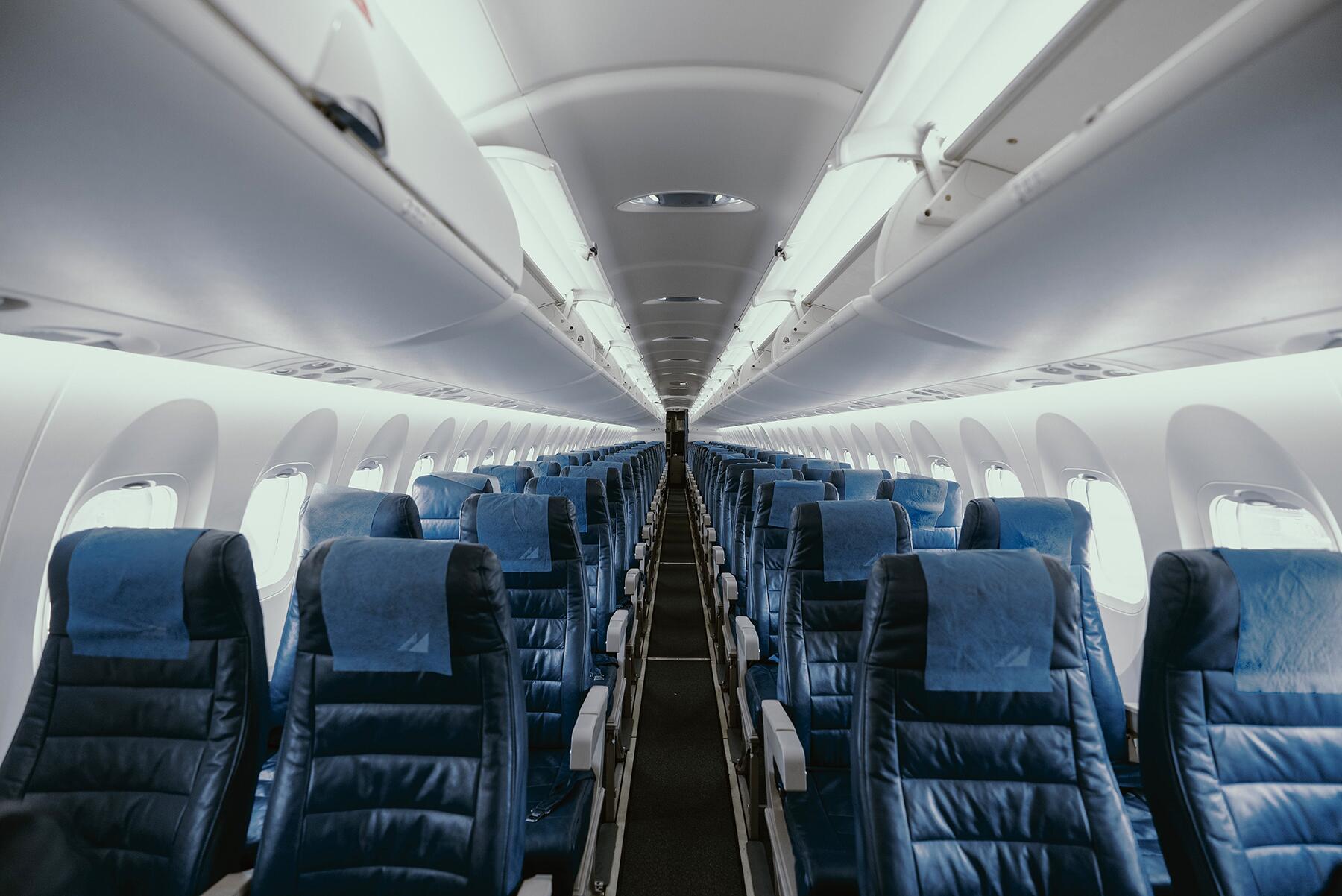 PHOTO: Photo by JC Gellidon on Unsplash
1 OF 10

Virtually every airline in the world has waived cancellation and change fees for all passengers scheduled to travel over the next several months. That does not, however, mean you will automatically receive a full refund if you decide not to fly. Airlines have only implemented refund policies for flights that meet certain qualifications. “Airlines are only giving full refunds if the flight is canceled due to government travel restrictions or if the airline stops operating the route for financial reasons,” says Jesse Neugarten, CEO of airfare deals website Dollar Flight Club. “If you cancel your flight before they do, then they will only offer you travel credit for future use or the option to rebook for a later date, because you’d be making a voluntary cancellation of your reservation.”

INSIDER TIPAirlines are only giving full refunds if the flight is canceled due to government travel restrictions or if the airline stops operating the route for financial reasons.

Neugarten advises that passengers with booked flights wait until the day before to cancel if they’re interested in getting a full refund, which gives the airline plenty of time to cancel first. If the airline cancels, they’re required to give you a refund, per rules set by the U.S. Department of Transportation. “The only major airline that has an official policy that incentivizes customers for taking a travel credit instead of a refund or cancellation is Qatar Airways,” says Neugarten. “Customers who choose a travel credit will receive the full, unutilized value of their ticket plus an additional 10 percent of the fare cost.” 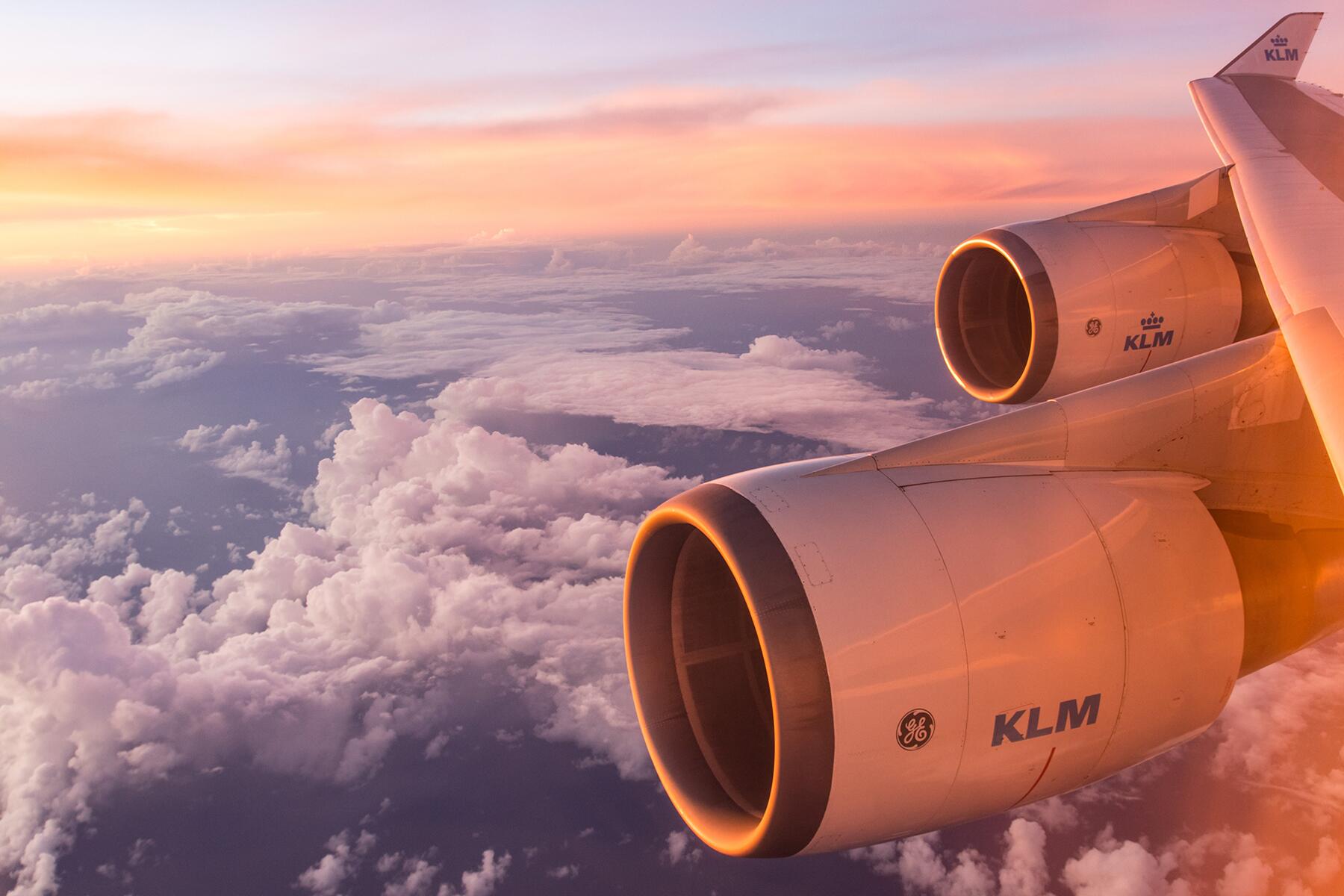 PHOTO: Photo by Emiel Molenaar on Unsplash
2 OF 10

Given that there’s essentially zero demand for passenger flights, airlines around the world have reduced their routes drastically, cutting back operations to save cash. Nearly all international routes have been paused, while domestic routes have seen flight frequencies drop dramatically. “We continue to shrink our network as demand falls and will operate just enough flying to maintain essential services,” wrote Delta CEO Ed Bastian in a memo in early April. “This month our schedule will be at least 80 percent smaller than originally planned, with 115,000 flights canceled.” In the meantime, unused planes are being parked on taxiways and runways at airports around the world. Delta, for instance, has parked 600 of its roughly 900 aircraft. 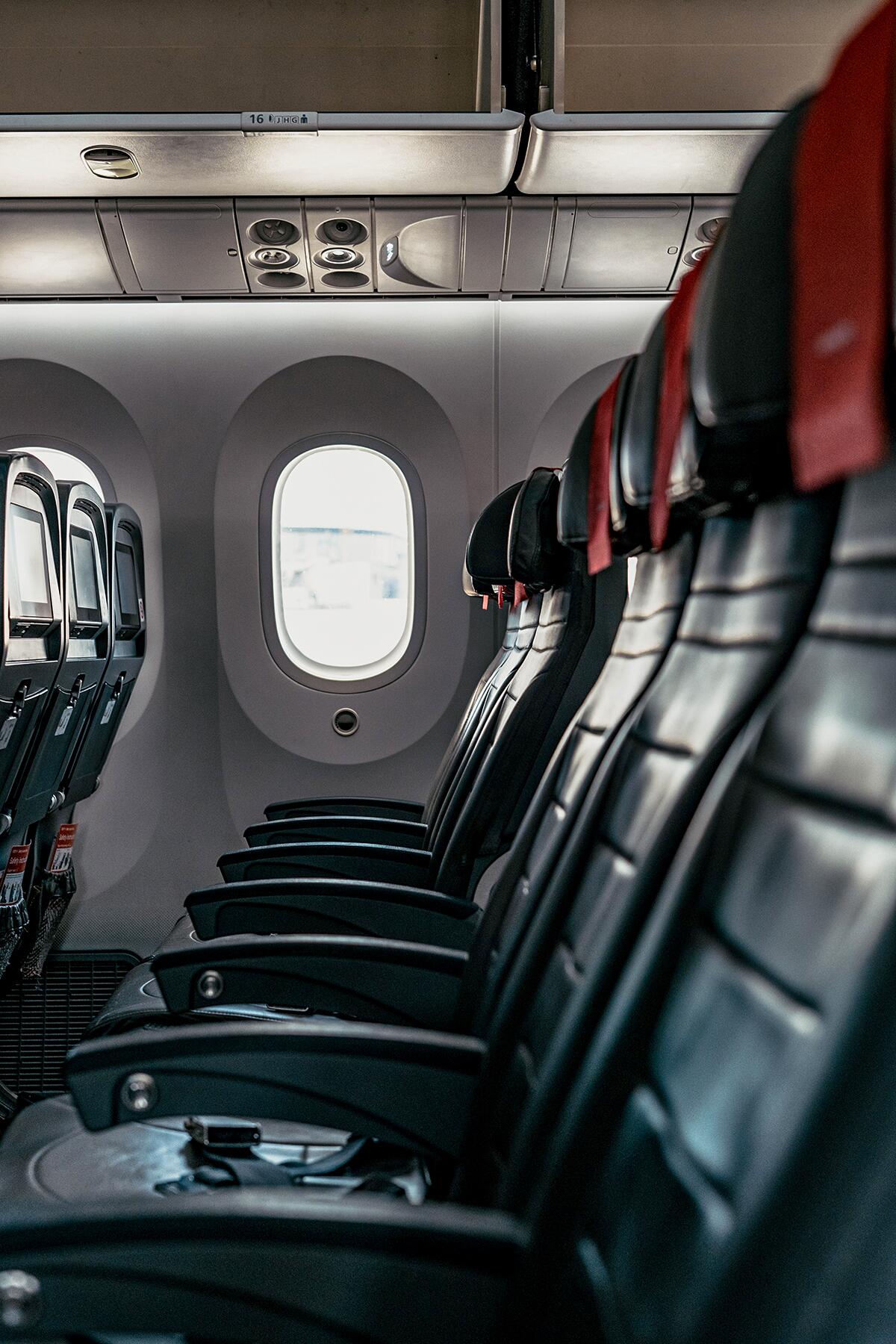 PHOTO: Photo by Allie Smith on Unsplash
3 OF 10

For the passenger flights that are still operating, airlines are enforcing social distancing measures onboard, from blocking off middle seats to reducing or entirely withholding meal service. Most flights, however, have very few passengers on board, meaning there’s usually plenty of room to spread out—just check with your flight attendant before moving. 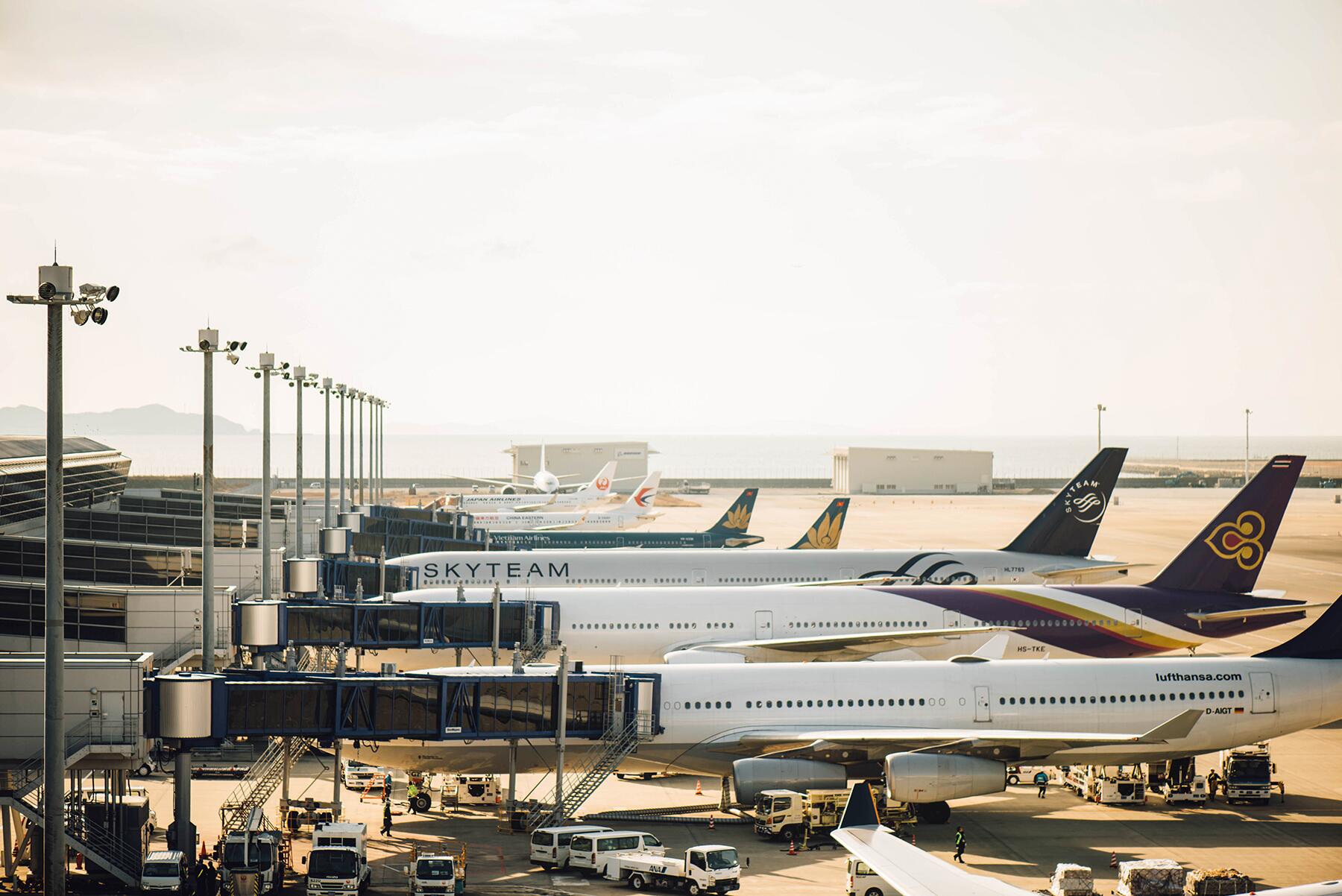 PHOTO: Photo by chuttersnap on Unsplash
4 OF 10

While passenger counts are way down, airlines are flying some of their passenger aircraft as cargo flights, filling the cabin with items like medical supplies. According to a statement by a Virgin Atlantic spokesperson to Fodor’s, “The Civil Aviation Authority (CAA) has provided Virgin Atlantic with special dispensation to carry cargo in the cabin as well as the cargo hold, so that we can carry even more essential goods, to ensure global supply chains keep running and transporting essential medical supplies into the UK at this time of crisis.” This week, the airline will run cargo-only flights on some of its most popular passenger routes: London to New York, Hong Kong, and Los Angeles, respectively. 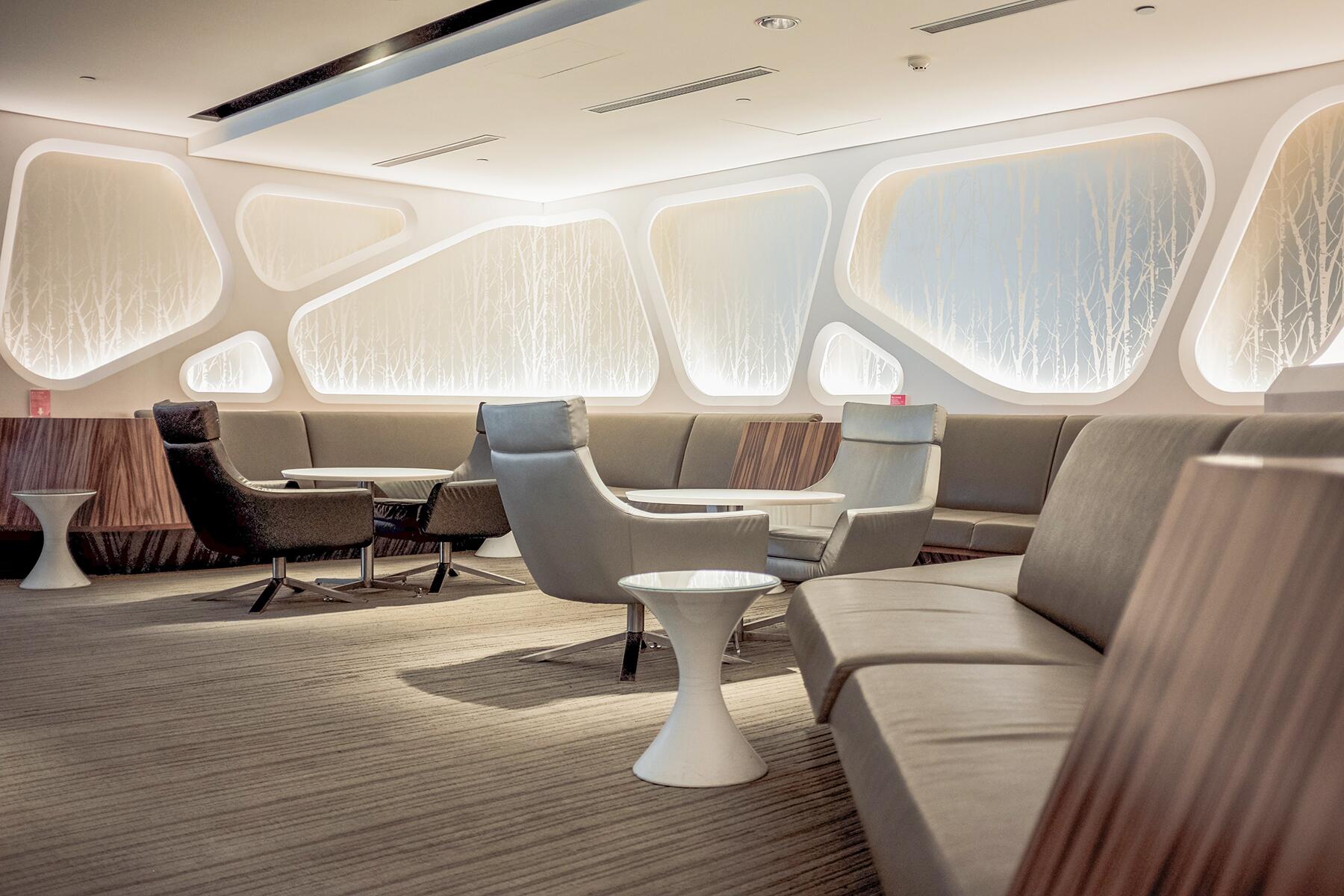 PHOTO: Photo by mark chaves on Unsplash
5 OF 10

Delta was the first U.S. airline to extend status for a year—whatever tier you’ve achieved for 2020 will now extend through 2021, while any qualifying miles earned this year will roll over into next year and count towards your 2022 status. United has followed suit, though instead of offering rollover miles, it is halving the spend and miles qualifications for 2021. American followed United’s lead, extending status and reducing earning qualifications for earning status this year for 2021. Each airline is also extending dates for vouchers and award miles—if you had perks set to expire within the next few months, they’ll be granted an extension. Most major international airlines have also implemented similar policies—check with your specific airline for the details. 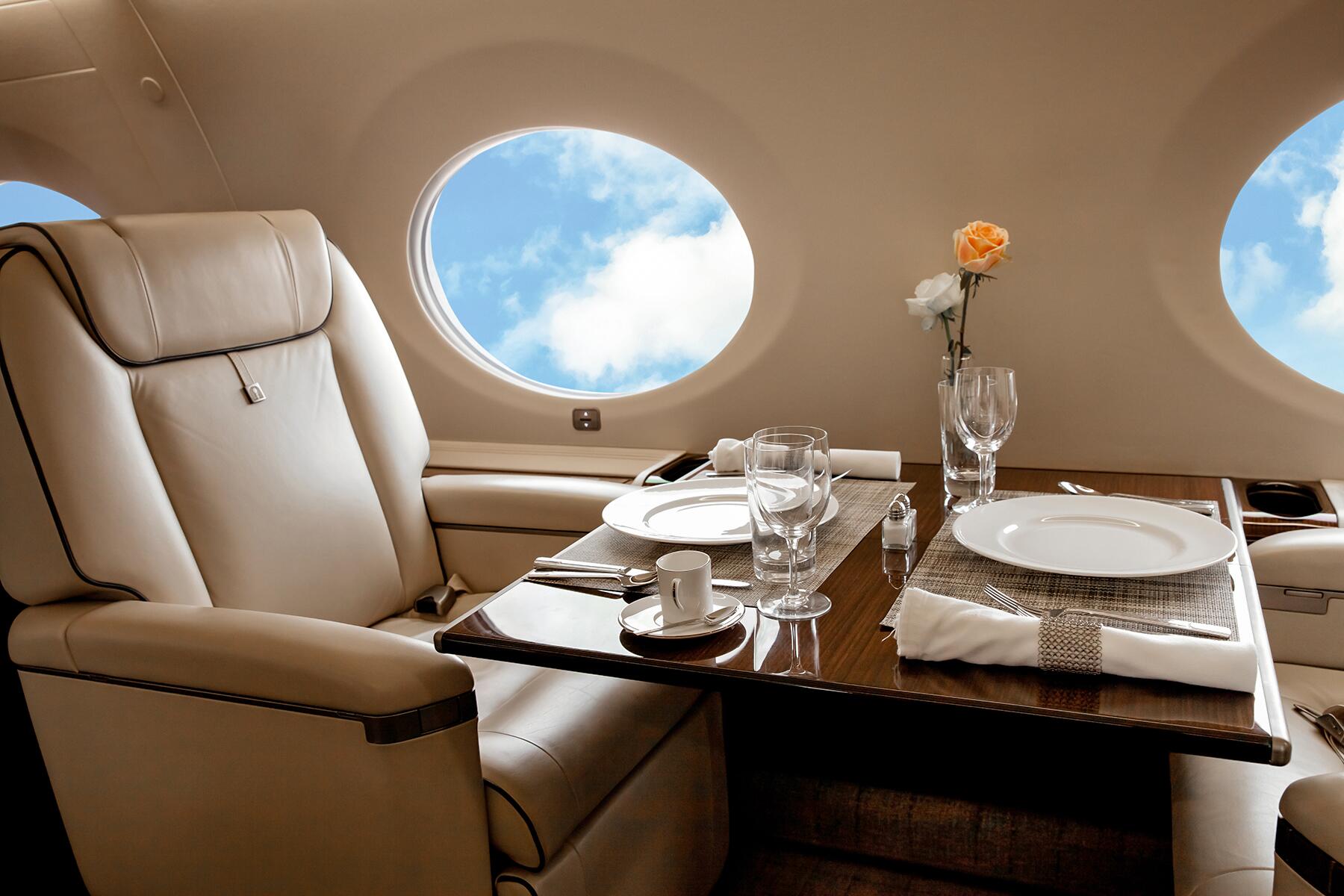 To drum up business, airlines are offering bargains on most flights through the rest of the year. “We’ve seen airlines run awesome promotions and open tons of award space for the end of the year. For example, airlines are offering sub-$100 fares to the Caribbean and wide-open award space to Europe for the holidays,” says Brian Kelly, founder and CEO of travel site The Points Guy. “Additionally, there’s plenty of first and business class award space from New York City to Dubai on Emirates for New Year’s Eve and into January 2021, as well as first-class tickets with American to Japan for just 55,000 miles.”

While you shouldn’t necessarily expect to travel immediately, it does make sense for some travelers to jump on these deals. “For flights you’re confident you want to take, to a destination you confidently want to go, and on dates that are relatively far out, like Thanksgiving or Christmas, book now with an airline with a flexible change policy,” suggests George Zeng, CEO of Moonfish, a flight deals site that crunches big data to find the best prices. “That way, you can lock in a good deal for a trip you’re highly likely to take. Worst case, if you don’t want to travel there on the booked date, just change the flight and travel to your destination at a different time.” 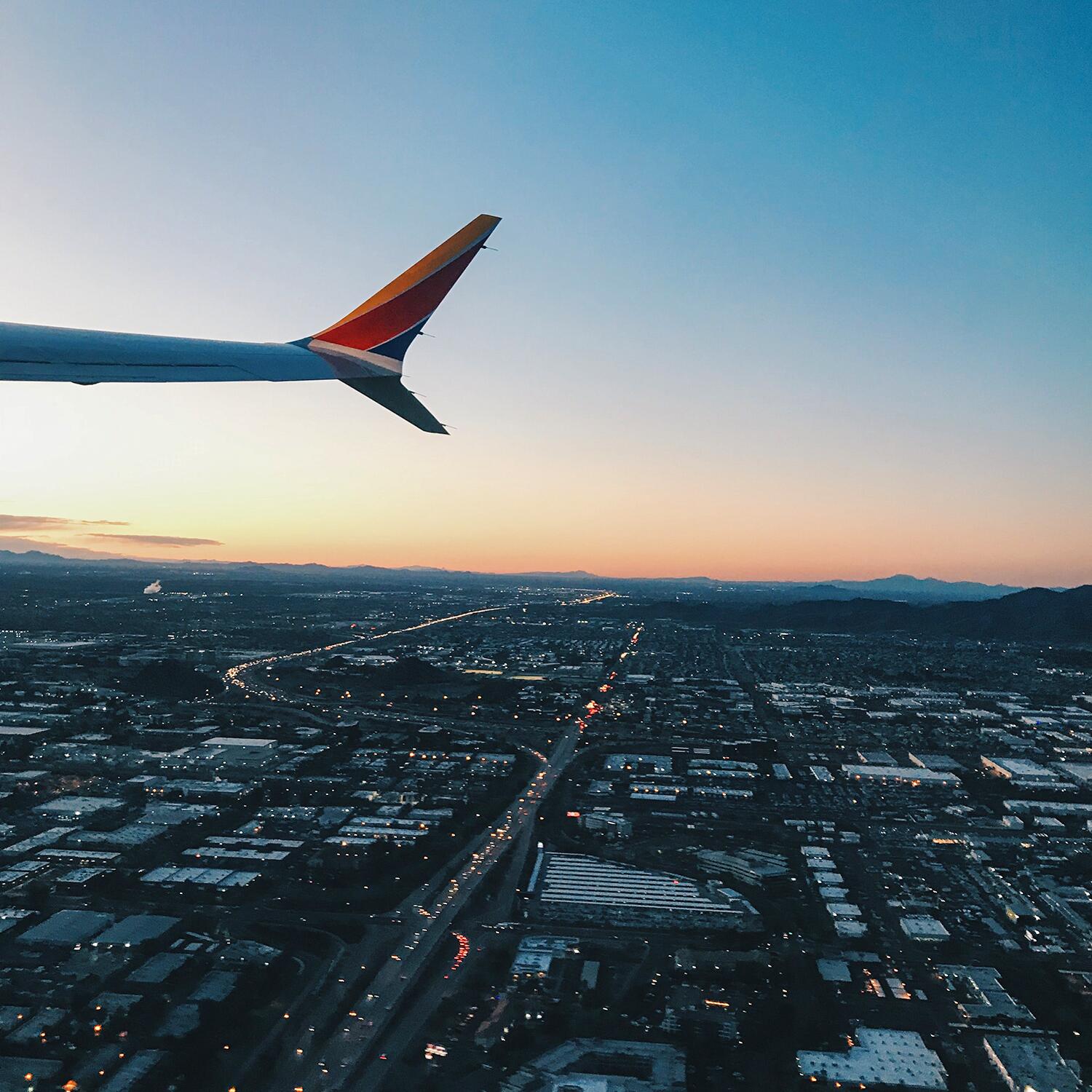 PHOTO: Photo by Skyler Smith on Unsplash
7 OF 10

While airline fleets are constantly undergoing changes, the process has been sped up by the pandemic crisis. Many of the older, less fuel-efficient planes—think MD-88s, MD90s, B747s, B767s, A340s, and A380s—are being retired earlier than they might have been if there weren’t such a decrease in demand. “This allows airlines to quickly reduce fleet size, with the added benefit of taking older, less-efficient planes out of service and upping their ratio of newer, more cost-efficient models,” says Kelly. “Going forward, airlines that have big orders for new planes will have to reconsider how quickly they’ll need those planes, or if they now need them at all. That’s especially true for widebodies, since international travel is expected to see the most pronounced dropoff.”

Some airlines have already canceled their upcoming orders, while others are shuffling their pieces. Take United, which is selling six Boeing 787-9 aircraft and 16 Boeing 737-9 MAX aircraft scheduled to be delivered this year to Asian aviation group BOC Aviation Limited, with plans to lease the planes back—a money-saving measure. 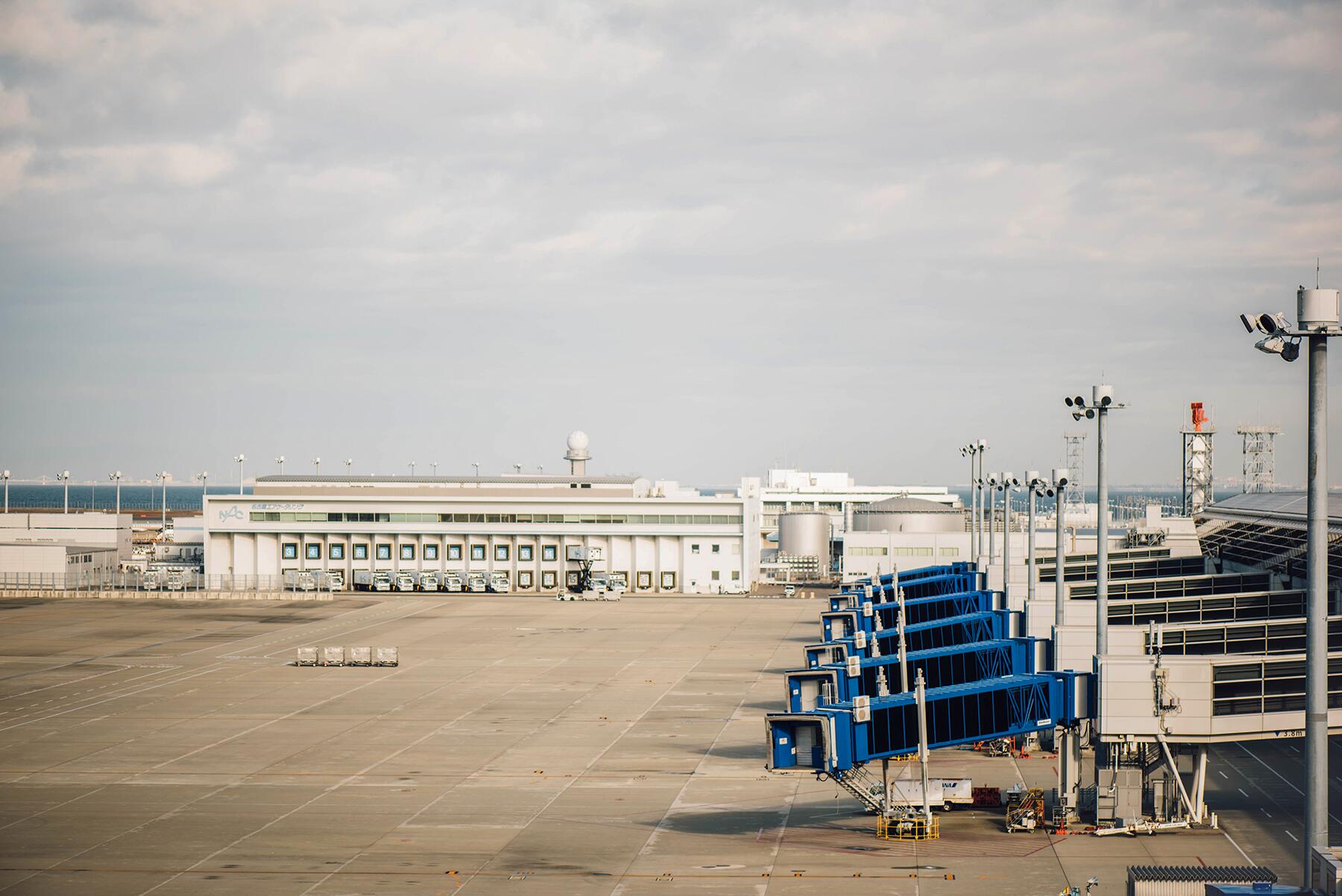 PHOTO: Photo by chuttersnap on Unsplash
8 OF 10

Unfortunately, not all airlines will make it out of this pandemic—a number are likely to declare bankruptcy and will rely on their governments to help bail them out. “U.S. airlines came into this in strong financial shape, so they have a little more of a buffer,” says Kelly. “Unless this pandemic drags on longer than experts are predicting, we expect the big airlines to make it in the U.S.”

But, he warns, European airlines started with some financial difficulties—a number of smaller airlines went under during the last year, including Flybe, Thomas Cook, and WOW Air—which means they’re in a far more precarious situation. “The thing to watch is if this affects any of the big names,” says Kelly. “Some airlines may get some government help, but this could prompt a wave of consolidation, or mergers, that analysts have long said is overdue in Europe.”

In the Eastern hemisphere, some regional Asian airlines are on the verge of collapse, while Richard Branson’s Virgin Australia entered voluntary administration on April 21 after the Australian government denied the airline a bailout. Virgin Group founder Sir Richard Branson has gone as far as to offer his private island, Necker Island, as collateral in a bid to save his travel companies, including Virgin Australia, Virgin Atlantic, and Virgin Voyages. 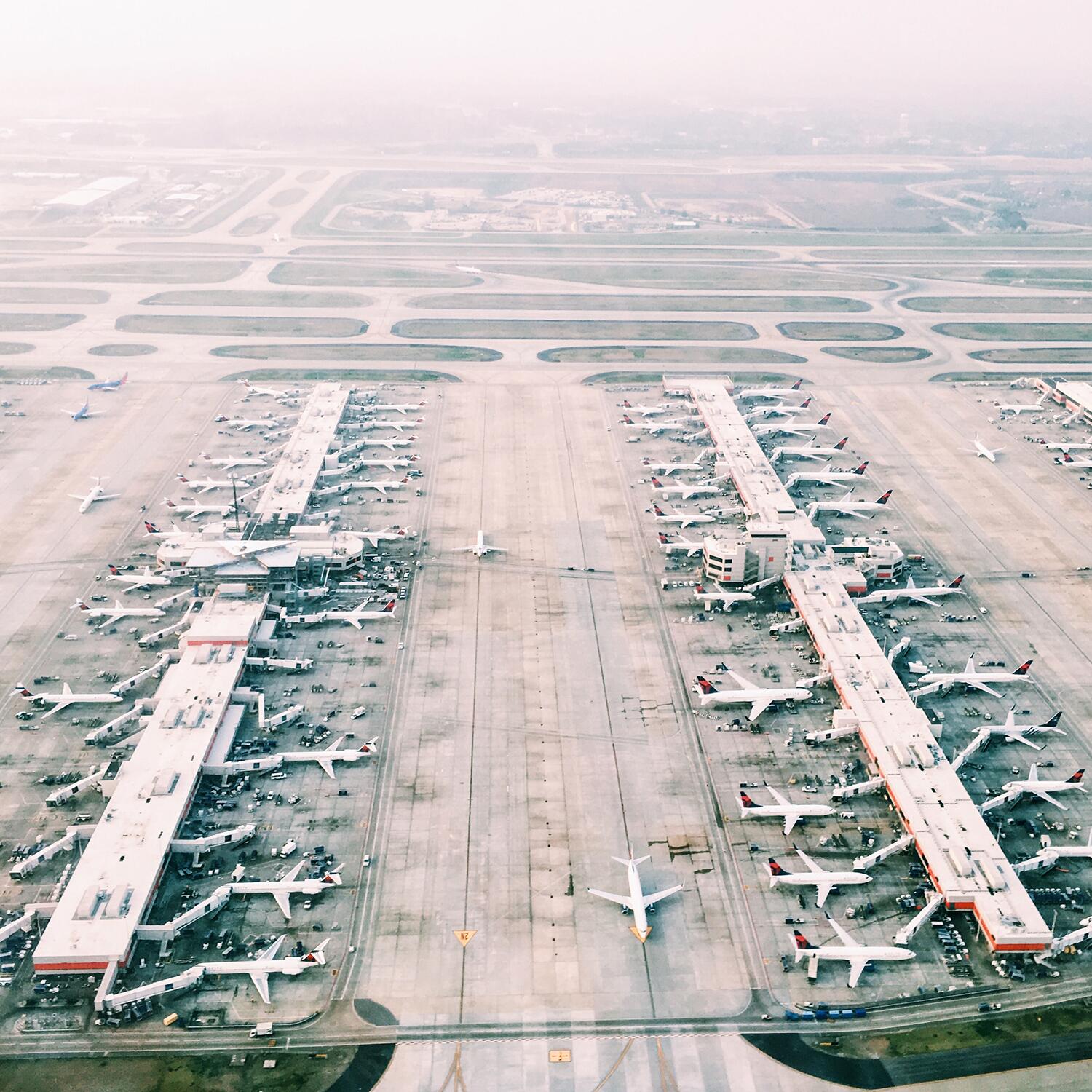 PHOTO: Photo by Skyler Smith on Unsplash
9 OF 10

The Return to Normalcy

As the pandemic situation changes daily, it’s practically impossible to predict exactly when travel will resume, though industry experts typically agree that demand will grow slowly over the period of some months, if not years. “We are pretty confident that domestic routes will come back online faster than international, where travel restrictions may remain in place,” says Kelly. “It may be years until we see a full rebound for international travel from what we had in 2019.”

But domestic routes may start to return as soon as next month. “If you look at how the governors’ plans to reopen all the states, there’s a very clear pattern. Generally, most states want to start reopening gradually starting around May or June,” says Zeng. The rollout of domestic flights may depend on whether or not a destination is still in the midst of an outbreak. New York, for example, might remain relatively cut off route-wise from other U.S. cities with lower numbers of COVID-19 cases. 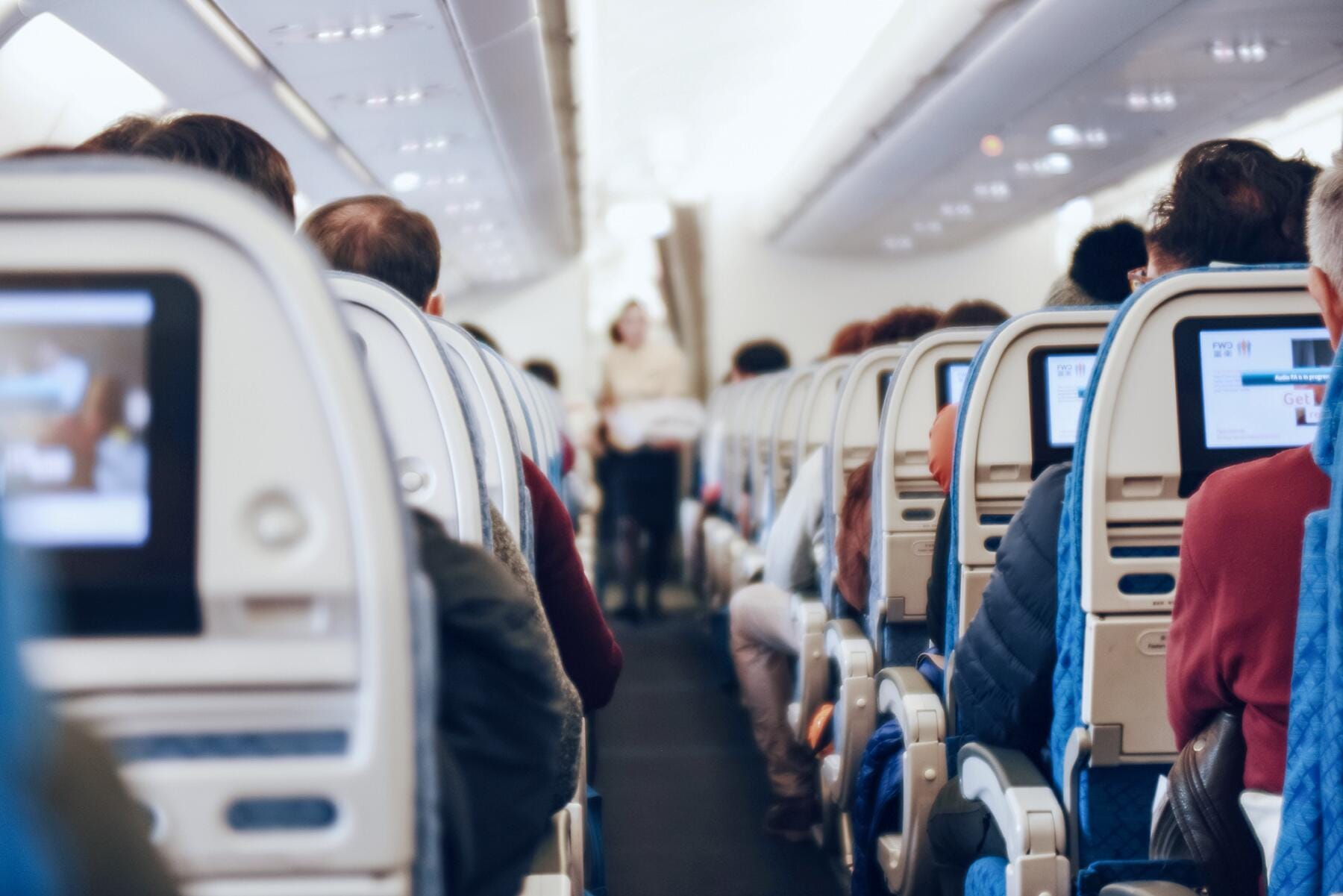 PHOTO: Photo by Suhyeon Choi on Unsplash
10 OF 10

If there’s any silver lining in this pandemic situation for consumers, the low airfare offered now might continue into the future—at least until confidence is restored in the travel industry at large. “We expect people to be skittish to travel, and history has shown the best way to stimulate demand is to roll out bargain fares,” says Kelly. “Even if airlines emerge smaller, they’re likely going to have a lot of seats to fill. Cheap fares seem likely to me, at least in the months after travel begins to resume again. What remains to be seen is how people will feel about cramped seats and lack of personal space on planes as we recover from coronavirus. That could be a challenge.”