These pillaging, conquering, trading, America-finding badasses are all over the Scandinavian landscape.

For violent, pillaging conquerors, the Vikings are pretty well-beloved in Scandinavia. The things they left behind—from oceangoing warships-turned-burial ships (yeah, you get buried on a ship when you’re a Viking) to enormous hoards of coins and jewelry—are just a tiny fraction of Viking badassery. Because, while brutality was a part of their lifestyle, the Vikings were also farmers and traders. Their drive to explore was so intrepid they accidentally discovered the Americas. Accidentally, with no compass, no maps, in a wooden boat with no motor. From Norway’s Viking Ship Museum to Denmark’s Kongernes Jelling to Sweden’s Fotevikens Open Air Museum, these 14 places will put you up close to the legendary men and women of the Viking Era. 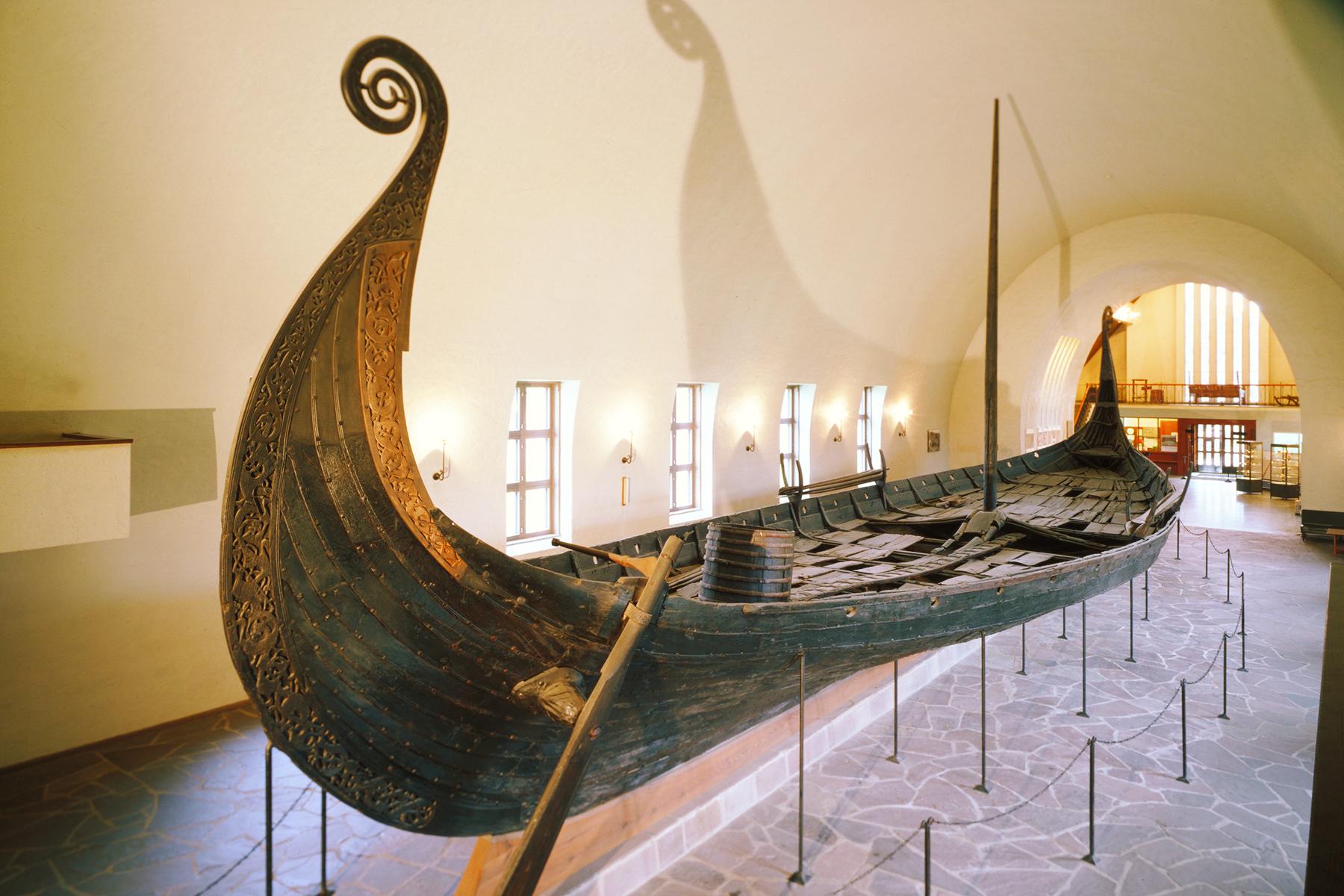 PHOTO: Museum of Cultural History/University of Oslo
1 OF 14

Between 1867 and 1903, three ancient Viking ships were discovered buried on humble farms around the Norwegian coastline. Buried. Under the earth, not the water. Because when influential or wealthy Vikings died, they were loaded onto a ship along with their most precious riches and tools of their trade—one of these guys, the Gokstad man, was surrounded by 12 horses, eight dogs, two goshawks, two peacocks, 64 shields, six beds, and a bevy of other fancy and utilitarian objects—and, well, buried. In other words, this guy was such a badass that when he died, his community took a super expensive seafaring warship out of commission just to lay him to rest. The original Gokstad ship (built around 890 CE), the Oseberg ship (circa 820 CE), and the Tune ship (circa 910 CE), the first Viking ship ever excavated and still the best preserved, along with hundreds of artifacts from the burials are on display at this easy to navigate Bygdøy museum.

INSIDER TIPEvery 20 minutes, the walls and ceilings of one of the museum’s chambers comes alive with moving images of ocean-bound Vikings and the Scandinavia of yore. 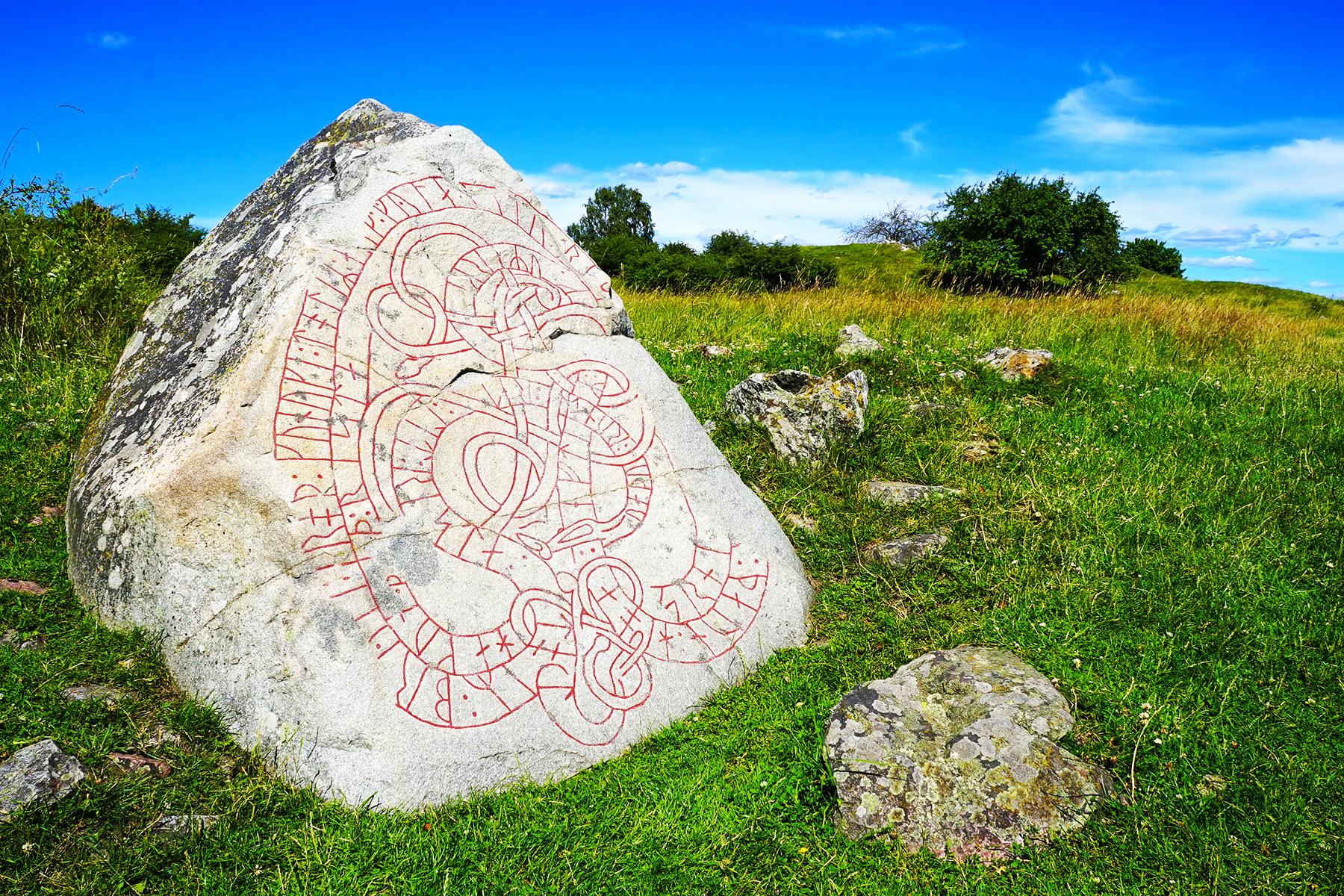 PHOTO: Inspired By Maps/Shutterstock
2 OF 14

There’s no shortage of Viking stuff in Scandinavia but the opportunities to “authentically” experience what daily life was like for these giants-among-men can be hit-or-miss. Enter, Birka, Sweden’s first town, located on the island of Björkö in Lake Malaren. Despite the moderate cheese factor in Birka’s reconstructed “Viking Village,” this mid-eighth century UNESCO World Heritage site was once a flourishing center for merchants and traders. For over 200 years, these dudes were feasting on peacocks and drinking out of glass goblets, wrapped in skins and furs and expensive fabrics from hundreds of miles away. Then, sometime before the 11th century, the Vikings up and abandoned Birka. Only the treasures they left behind know why.

INSIDER TIPDuring the summer season, Birka hosts family-friendly events in the Viking tradition, including a boar feast at the on-site Restaurant Särimner. 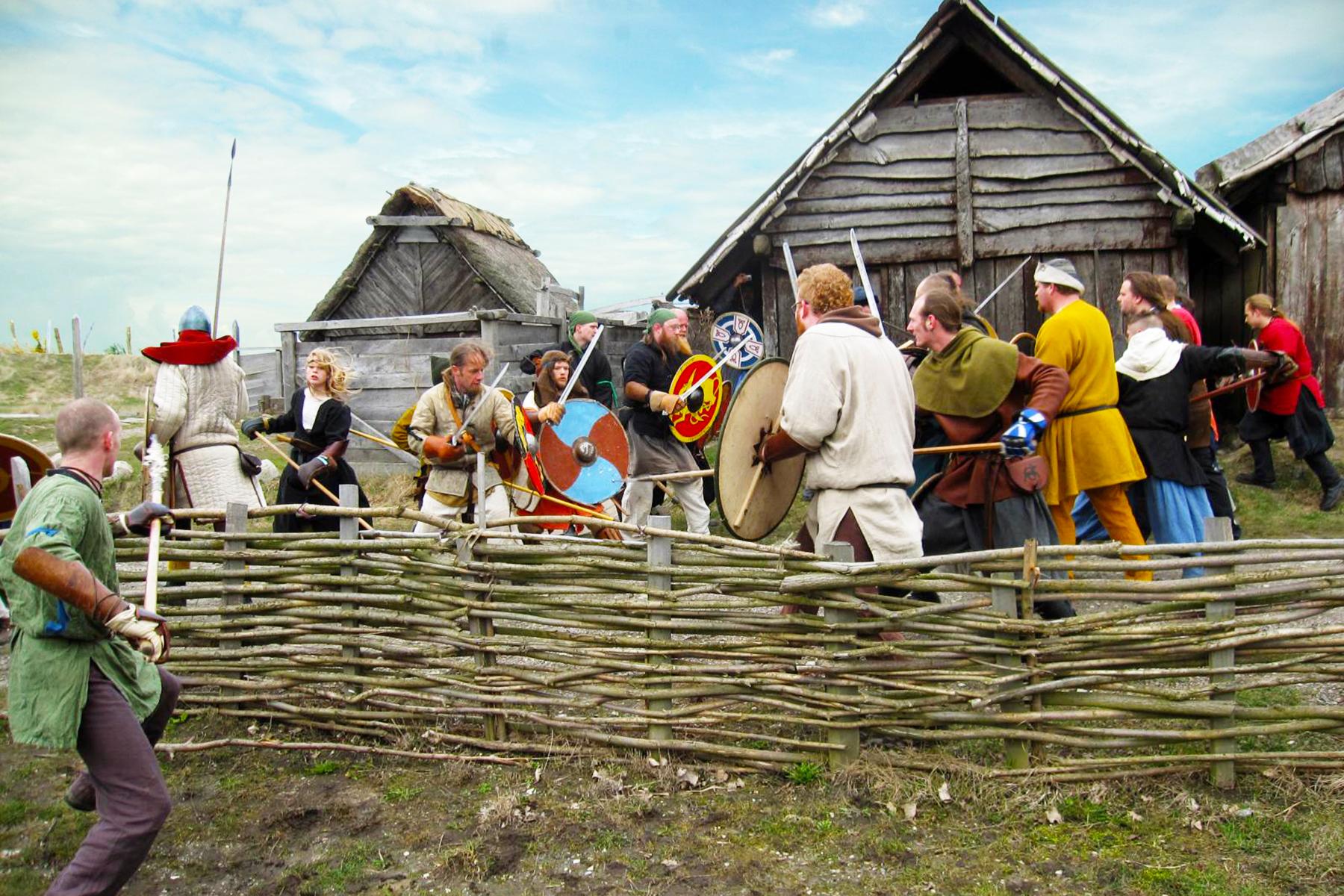 On the scale of Disneyfication, Fotevikens Museum scores pretty high but that makes it all the more awesome. The coastal village has 23 structures constructed using thousand-year-old materials and techniques. Wandering among the homes and shops are the Vikings, themselves (okay, costumed volunteers and staff)—seafarers and blacksmiths and other characters that would have inhabited a small village such as this back in the day. Chickens and sheep wander through the village. And, on the water nearby, is a small warship, big enough for 20 men to patrol their coastline and fight (when needed) with the strength of Odin on sea or on land. 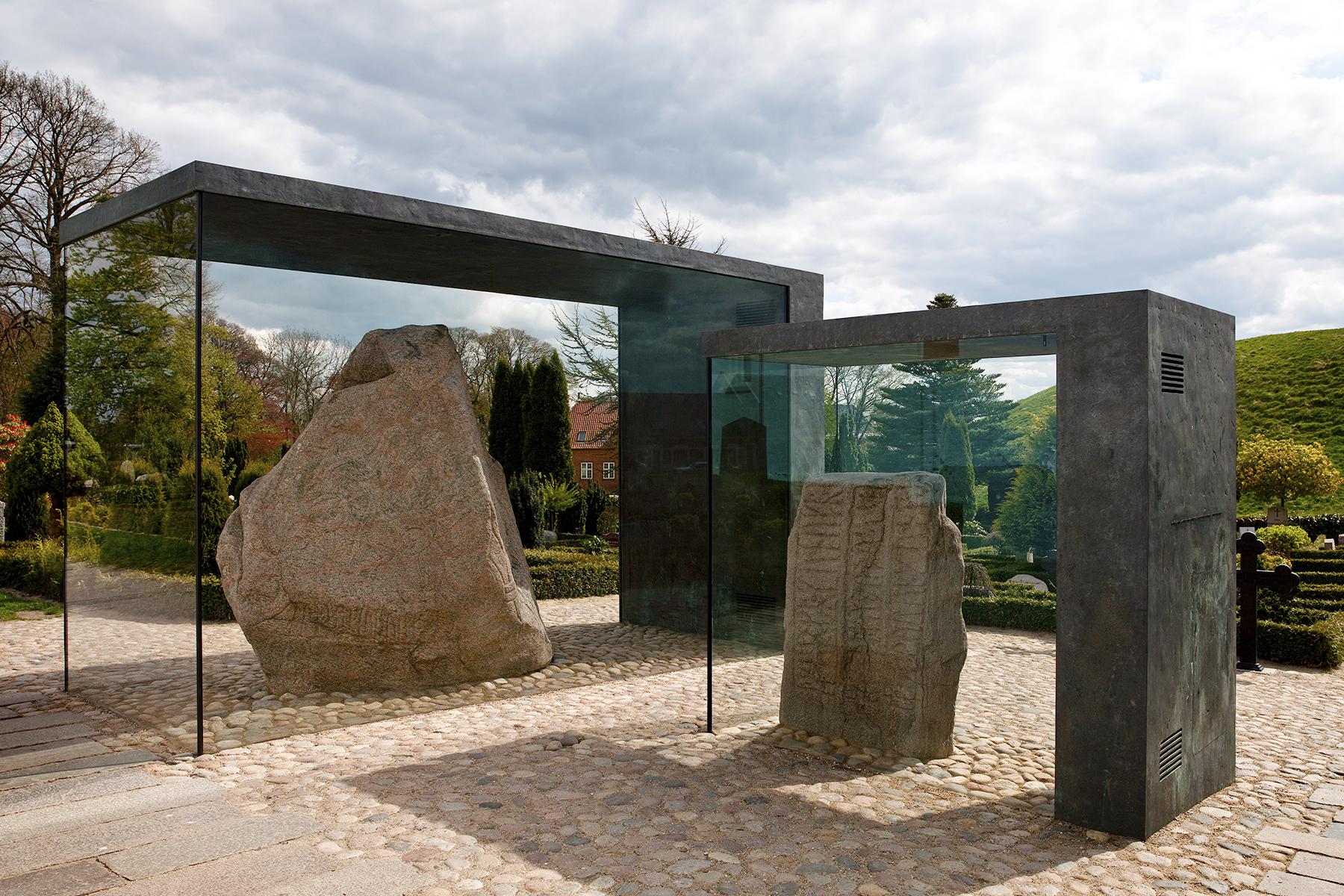 Brutal, bloody Viking history is vividly alive at Kongernes Jelling in Denmark. This “home of the Viking kings” was built beside the burial mounds of two famed leaders with oh-so-Viking names: Gorm the Old and Harold Bluetooth. At their graves, ancient runestones commemorate the kings (Bluetooth’s honors him for being the first to bring Christianity to his pagan followers) and between them is what the Kongernes architects call the “Experience Center,” an audiovisual assault of the senses that includes…wait for it …dragons, not to mention a digital bonfire where listeners gather for epic Viking storytelling. A UNESCO World Heritage Site voted winner of the 2017 European tourism award by the British Guild of Travel Writers, this must-see site is free to the public.

The Norwegians call Tønsberg their oldest town. Indeed, believed to have been founded by the first Viking king of Norway, Harald Fairhair, in the 9th century, it’s one of the oldest in all of Scandinavia. Each September, the city celebrates its history with the Tønsberg Viking Festival, a raucous weekend that would make their ancestors proud, full of artistic, theatrical and historical events and plenty of food and mead (okay, beer) to keep the party going. While there, be sure to check out the Saga Oseberg, an exact replica of the Viking ship excavated from a local burial mound now housed at the Viking Ship Museum in Oslo. 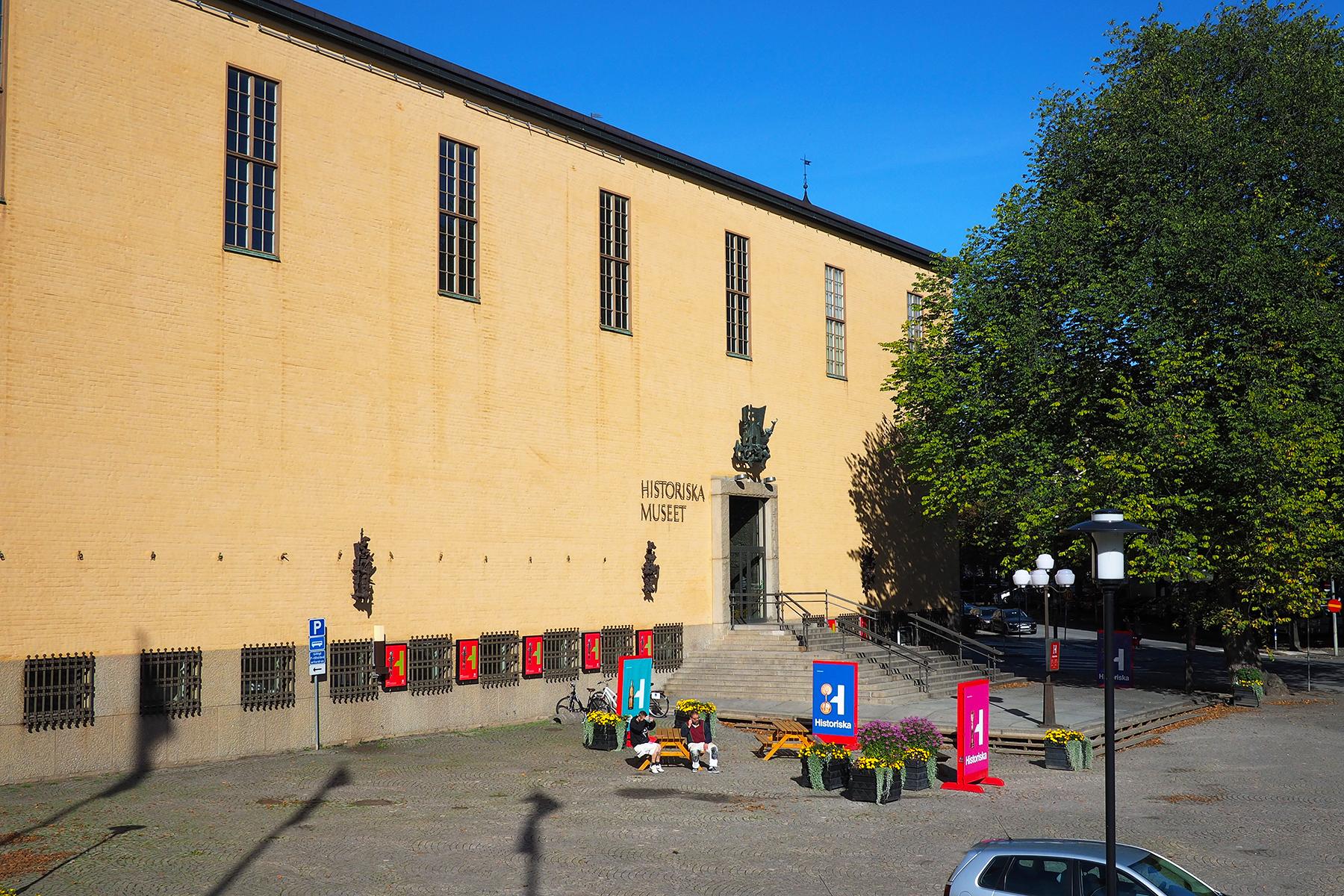 All over Stockholm, posters invite you to “meet the Vikings” and this is where you’ll find them, in a massive exhibit on the first floor of the Swedish History Museum and a courtyard circus full of kid-friendly hands-on displays and demonstrations. There are lots of spectacular artifacts in the Viking exhibit—including weapons, jewelry, and runestones—but the goal is to give a more well-rounded picture of the Vikings who were not just pillaging warmongers, but farmers, traders, explorers, and innovators. There were even Viking kids (yeah, of course there were, but you never really thought about it did you?) and, using medical technology and computer imaging, the museum has accurately reconstructed one little girl buried at Birka over a thousand years ago.

INSIDER TIPDon’t miss the basement Gold Room stuffed to the gills with gold, silver, and jewels from Viking hoards and later Swedish eras. 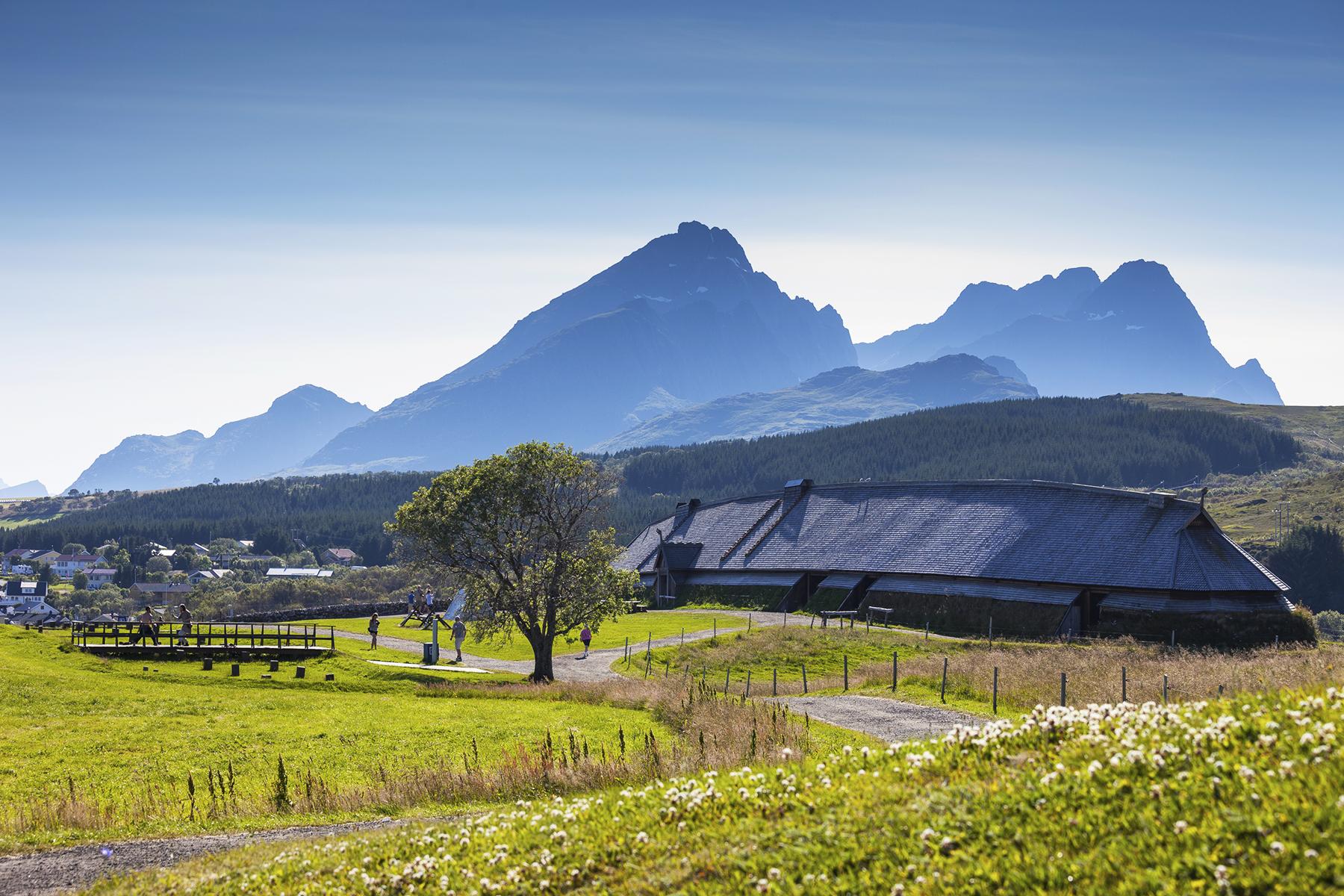 Wanna live like a Viking chieftain? First things first, build a longhouse for you and your children and your partner and your extended family and political lackeys to lay their heads and jockey for your favor. You can use the one at the Lofotr Viking Museum, a 272-foot long structure, the largest Viking building ever found, as your guide. At the museum, they have both the ruins of the original house, built around 500 CE and discovered in 1983, and an accurate reconstruction of what it would have looked like in its heyday, complete with cauldrons hanging over open flames and a long table for feasting. From June through September, visitors are invited to sail on a replica of the Gokstad ship (whose actual remains are housed in the Viking Ship Museum in Oslo) and learn proper axe-throwing technique. 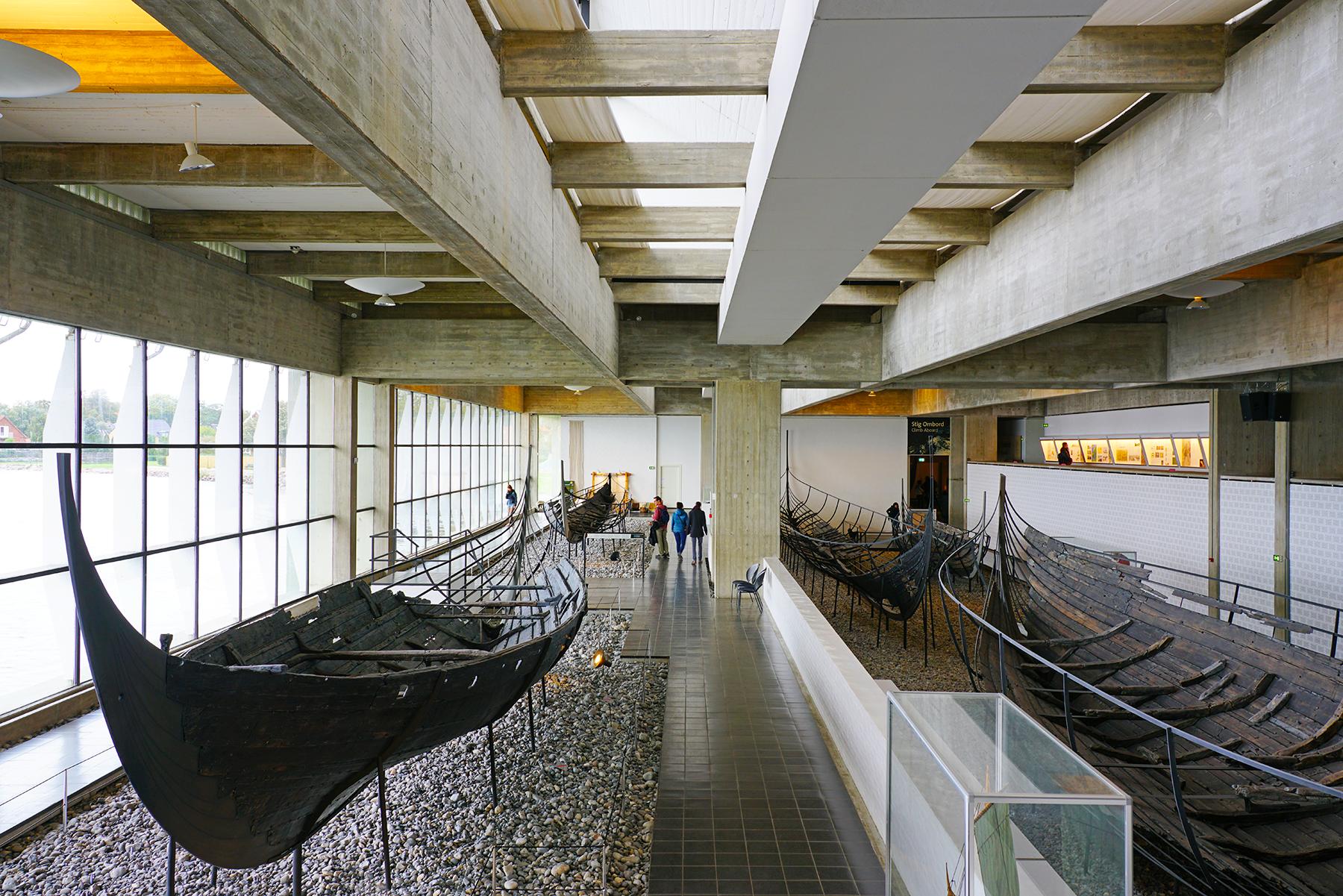 Yeah, we know what you’re thinking: my God, another Viking ship museum?! Yes, the Viking Ship Museum at Roskilde is one of several displays of ancient and replica Viking ships in Scandinavia. But it’s for good reason: these friggin’ guys absolutely dominated the sea. Their warships and navigational skills were so advanced that they not only terrorized continental Europe and the British Isles, but discovered Iceland, Greenland, and North America (a good 500 plus years before Columbus even came up with his own controversial plan). At this museum, five Skuldelev ships found in the Roskilde Fjord are on display in the harbor-side Viking Ship Hall. In the working boatyard, shipbuilders practice a craft over a thousand years in the making.

INSIDER TIPFrom May through September, the museum offers daily boat trips on a replica Viking ship on the picturesque Roskilde Fjord. 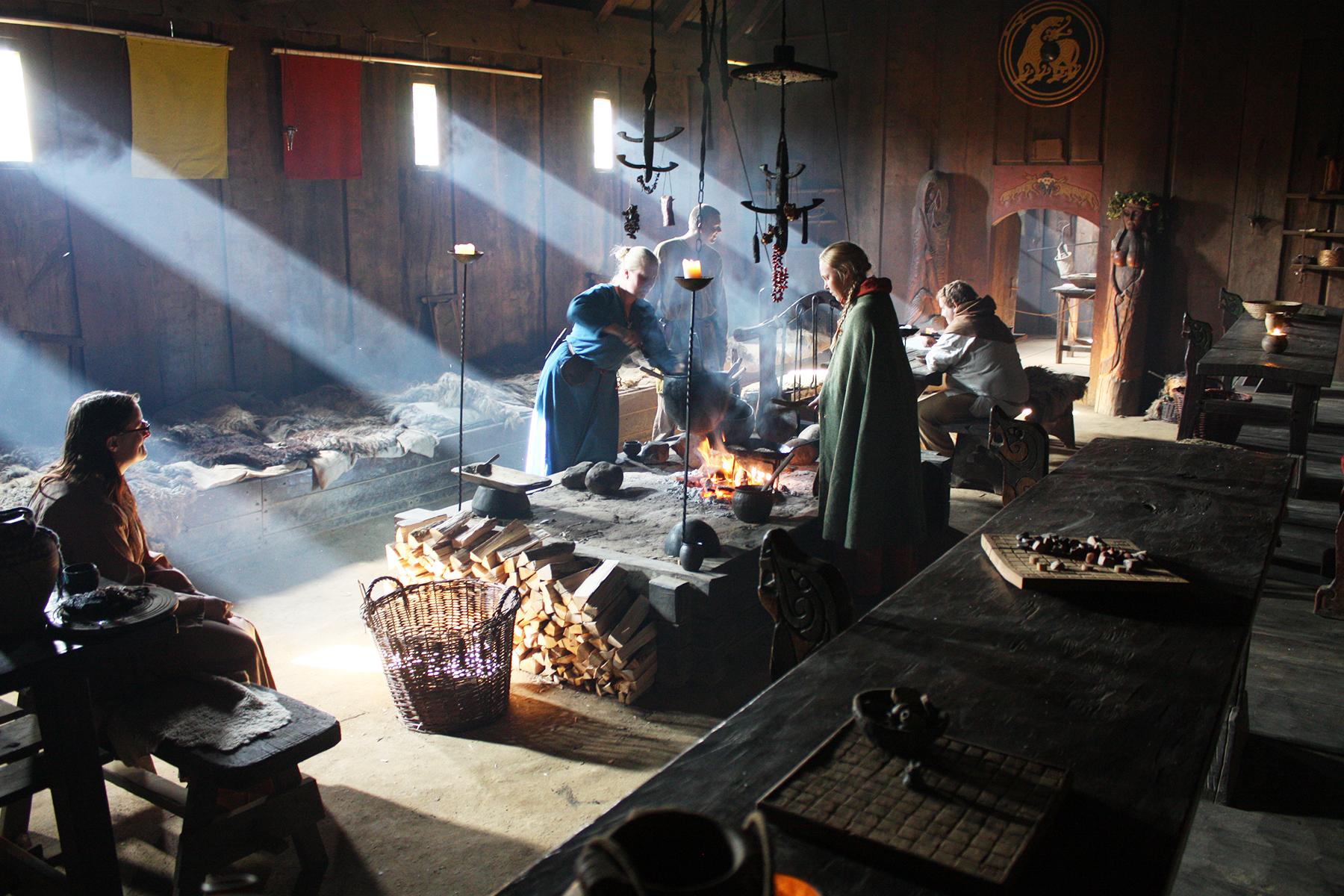 Though it’s located in Denmark’s oldest continuously-inhabited town (founded in the eighth century), Ribe’s Vikinge Center may not be the most authentic of the open-air, living Viking history museums in Scandinavia but it does have something most of the others don’t: a place for sacred ritual and sacrifice manned by a völva (lady shaman) by the name of Gunna. Sorcery and prophecy played an essential part in the Viking worldview and these seers, these women made in the image of the goddess Freyja, were both loved and feared for their influence on the lives and affairs of men. If you can find her, Gunna will shed some light on your future. If you can’t, the falconry demonstrations with Ribe’s own stable of birds of prey are a pretty exciting consolation. 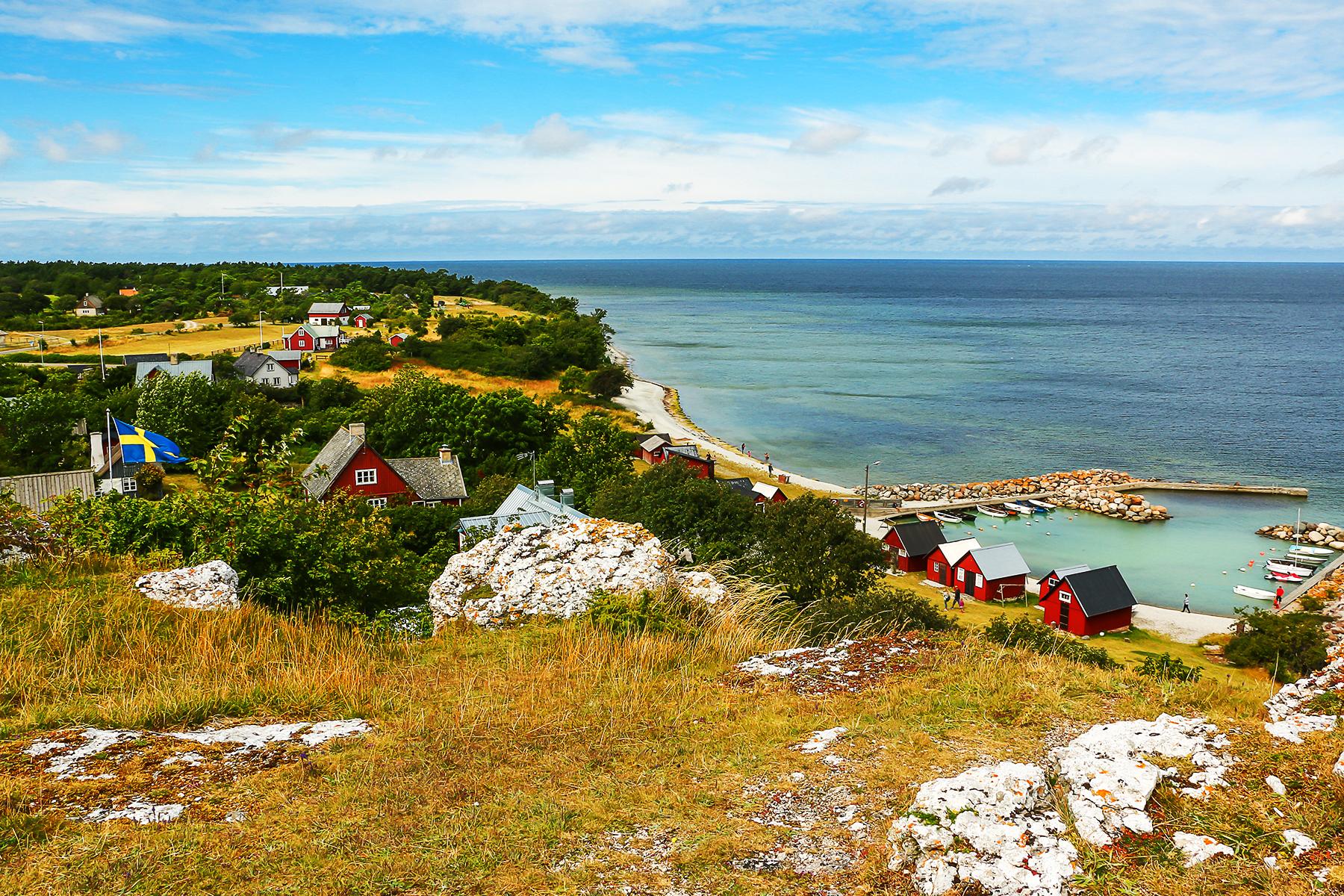 Around 1,100 years ago, the island of Gotland was swarming with Vikings. Smack in the middle of the Baltic Sea, Gotland made an ideal crossroads for traders and invaders, settlers and chieftains. And while the earth is teeming with the Viking past in Gotland, its secrets are more closely held than those at reconstructed open-air museums like Fotevikens and Eketorp Fort. The exploration you’ll have to do to find sites like Little Ihre in Hellvi, where there are 600 ancient graves, stone circle, and cairns dating back to the Iron Age, and Ödegarden Fjäle in Ale, an area of abandoned ancient farms whose ruins still stand on the landscape, are very Viking. Picture stones at Änge, Buttle and Bildsten, Hablingbo, and the ancient port and walled city at Paviken-Västergarn are among the most fascinating of the bunch. 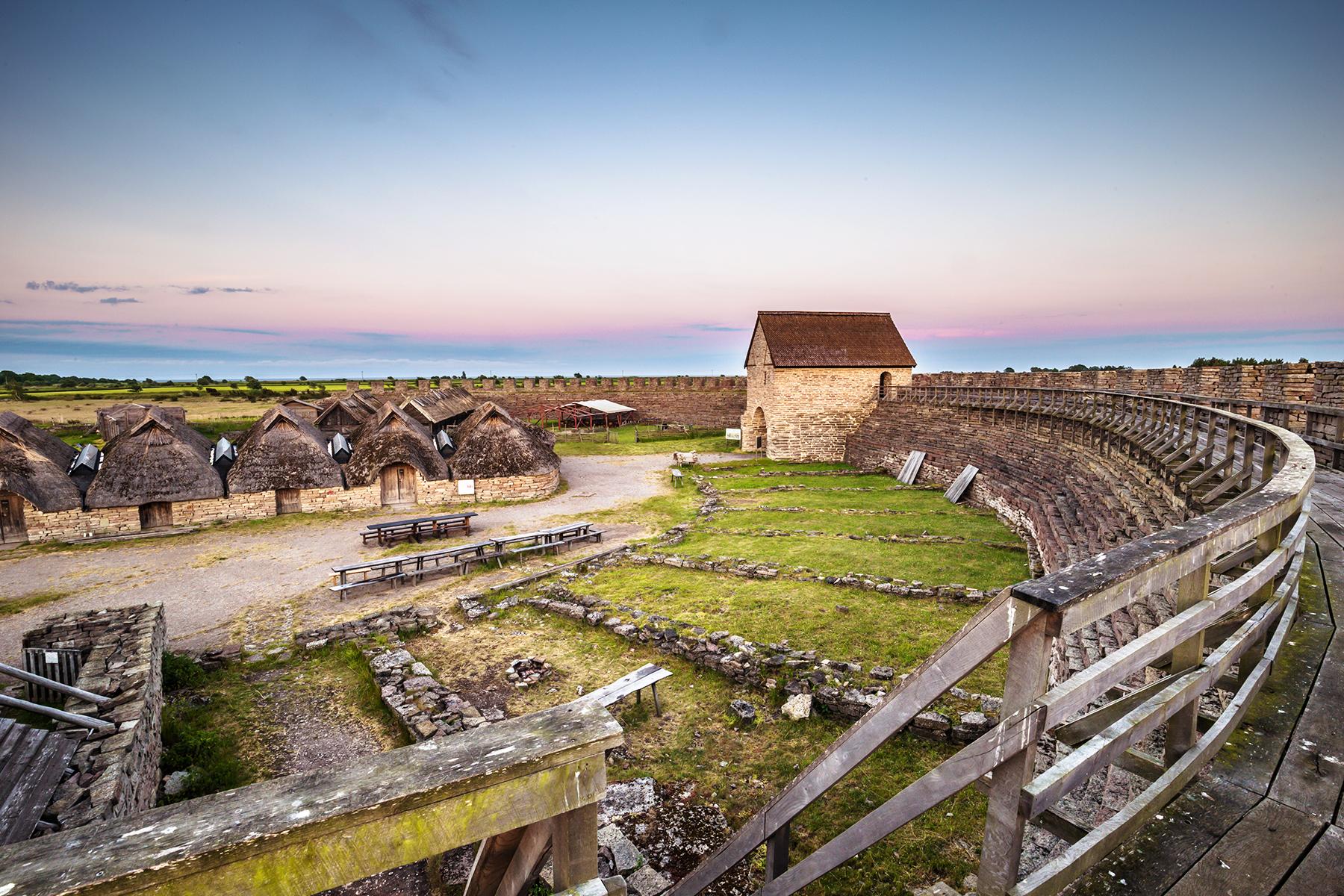 The large island of Öland off of Sweden’s southern coast is littered with Viking-era ancient archaeological sites. At Sandby Borg in 2016, archaeologists found the remains of a bloody 1,500-year old massacre. At other sites on the island they’ve discovered hoards of Roman gold (Vikings once served as mercenaries for the Roman Empire) and more than a dozen “borgs” or forts with ramparts and reinforcements against the threat of siege. Unfortunately, unless you’re an archaeologist, the fascinating history of Öland isn’t much to look at—just dirt mounds, stones and back-filled holes in the ground—with one exception: Eketorp Fort. At Eketorp, they’ve reconstructed walls and structures and populated them with the Viking characters, farm animals, and workshops that would have been present here between 300-650 CE.

INSIDER TIPArchaeologists have conducted a number of “experimental archaeology” projects at Ektorp Fort, in which they’ve attempted to figure out how the people here accomplished important tasks like weaving in the dark or sealing house walls against the cold. 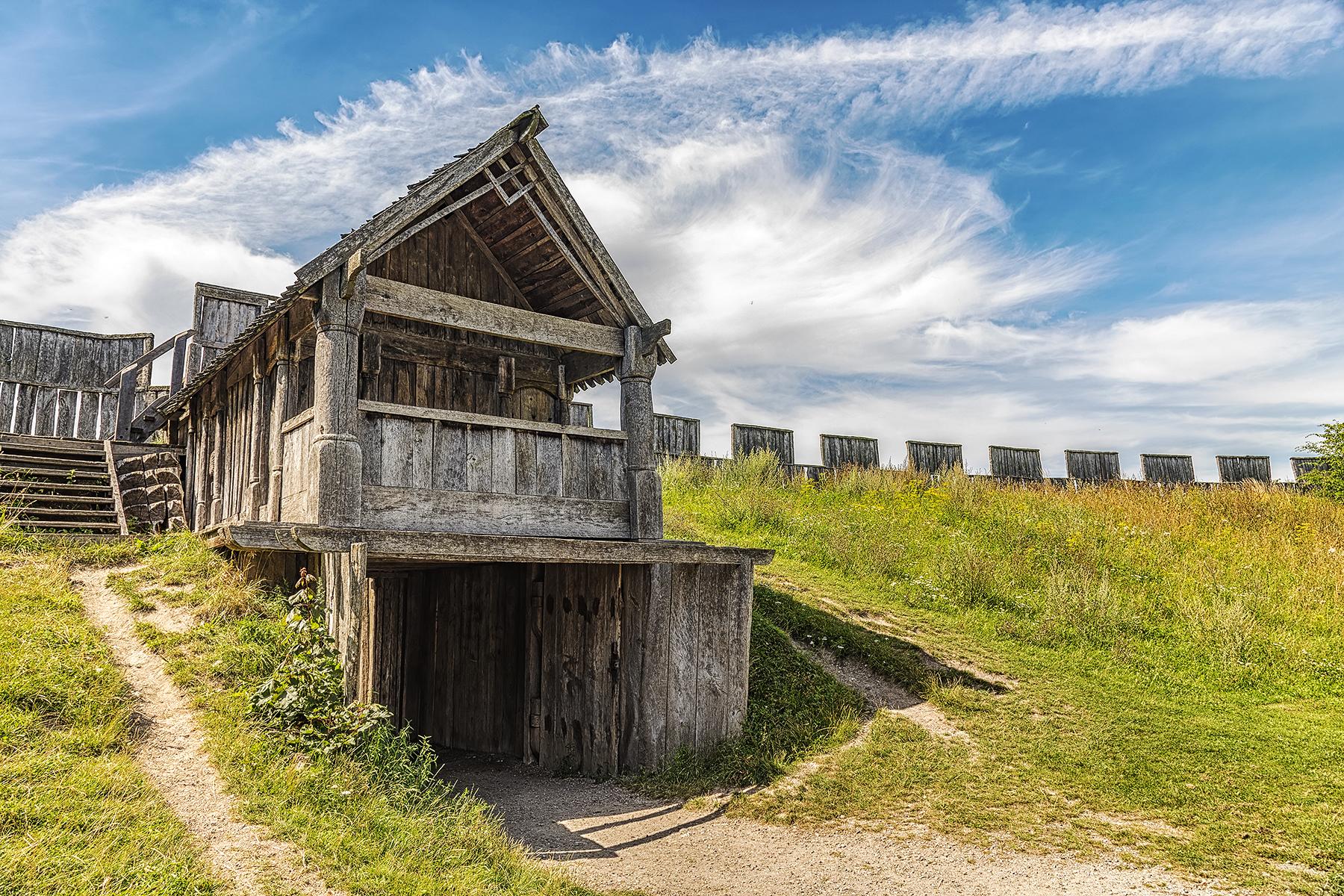 The Vikings weren’t a particularly peaceful people; their reputation as skilled but brutal fighters was known far and wide. At home in Scandinavia, bloody political and economic squabbles were not unusual. To better protect themselves from the onslaught of their rivals, the Vikings devised the trelleborg, a circular fortress that formed a ring around a community with gated roads at the wall’s four cardinal points. Only seven of these trelleborgs remain and the Trelleborg Viking Fortress, located about an hour’s drive west of Copenhagen, is one of them. Explore the 10th-century fort, adjacent museum, and replica Viking village daily for free. Looting, pillaging and generally bringing death and destruction on your enemies has its price. More than a few Viking warriors found Valhalla on the road to conquest. These men and women (Yes, women. They’re called “shield maidens.” Google it.) were put to rest in burial grounds throughout Scandinavia but only a handful have stood the test of time. At the Tømmerby Viking Burial Site, there remain more than 20 small burial mounds, under which most bodies were laid facing west, according to archaeologists, and 75 headstones marking the sites of interred, cremated ashes from around 850-1000 CE. Informative signs at the burial ground walk visitors through the 10-acre site and the region’s Viking history. 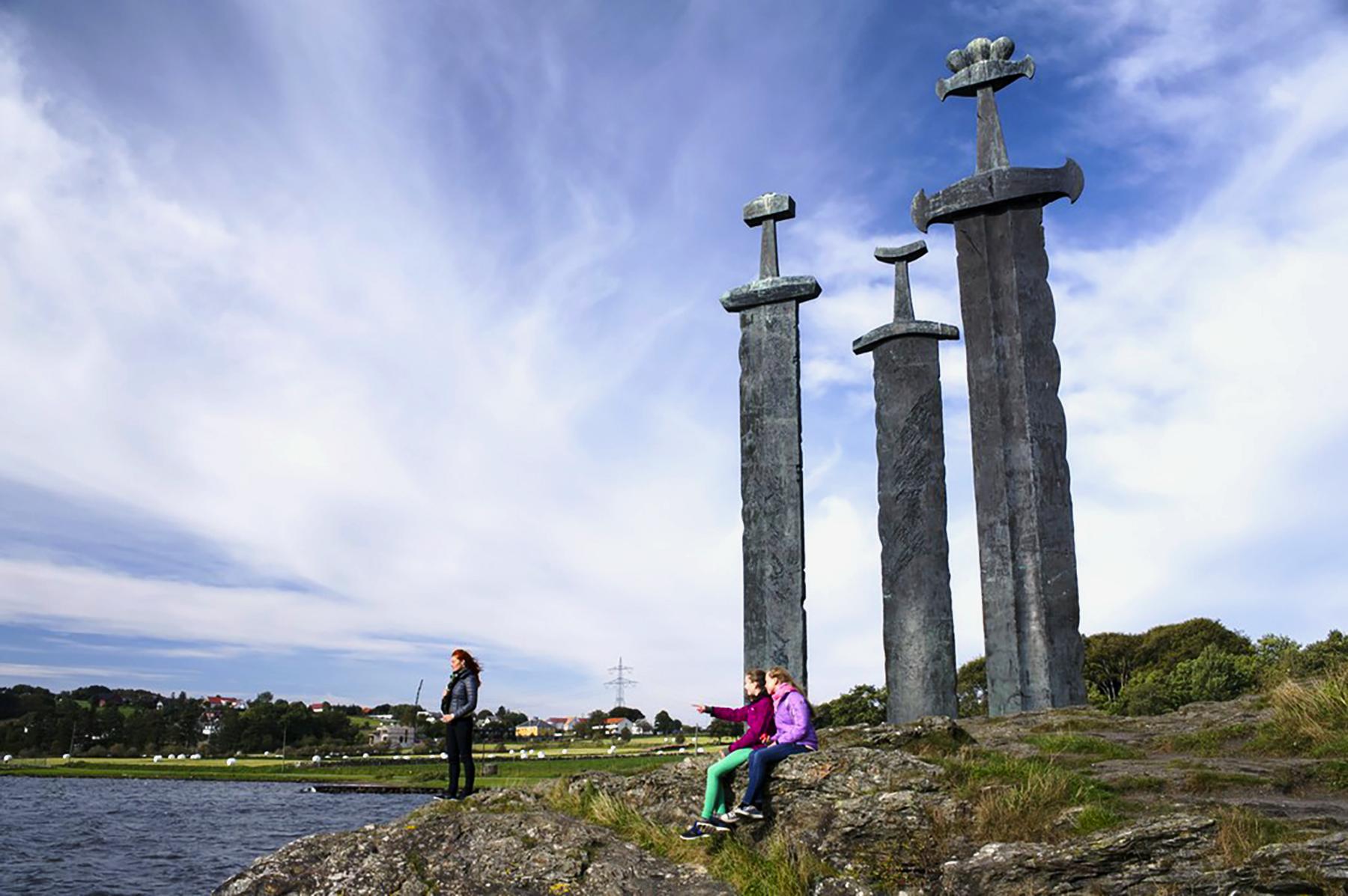 Sometime around 872 CE, Harald Fairhair led his troops into an epic battle against the small-fry kings of Norway that would end in his crowning as the sole, true king of a united nation. The Battle of Hafrsfjord, according to the Old Norse King’s Saga, was not for power alone, but for the love of Gyda Eiriksdatter, daughter of one of Fairhair’s foes. When the dust settled, Fairhair had won the war and was soon crowned Norway’s first king and married the precious Gyda. His efforts are commemorated here, close to the ancient battlefield, at Stavanger with the Viking Swords Monument, three massive swords driven into a rock representing peace, unity, and freedom.

INSIDER TIPHafrsfjord around the monument is a year-round recreation area with swimming at the Møllebukta beach and a popular bike path.