Travel Tips Stephanie Yeboah How to Slay Your Vacation With Confidence as a Plus-Size Traveler
PHOTO: NicoElNino/Shutterstock

Want to know how the “the experts” travel more often, but somehow spend less? Here’s a list of 10 expert habits that could help save a few dollars on your next trip.

As travel costs reach near-record-breaking points this season, travelers everywhere are searching high and low for the “best deal.” With gas projected to reach almost $6 this summer and the average domestic roundtrip flight lingering around $400, any expert tip to save money on vacation is bound to yield worthy results. Want to know how the “the experts” travel more often, but somehow spend less? Whether you’re planning a regional road trip or an international getaway, these tips are bound to help out. Here’s a list of 10 expert habits that could help save a few dollars on your next trip. 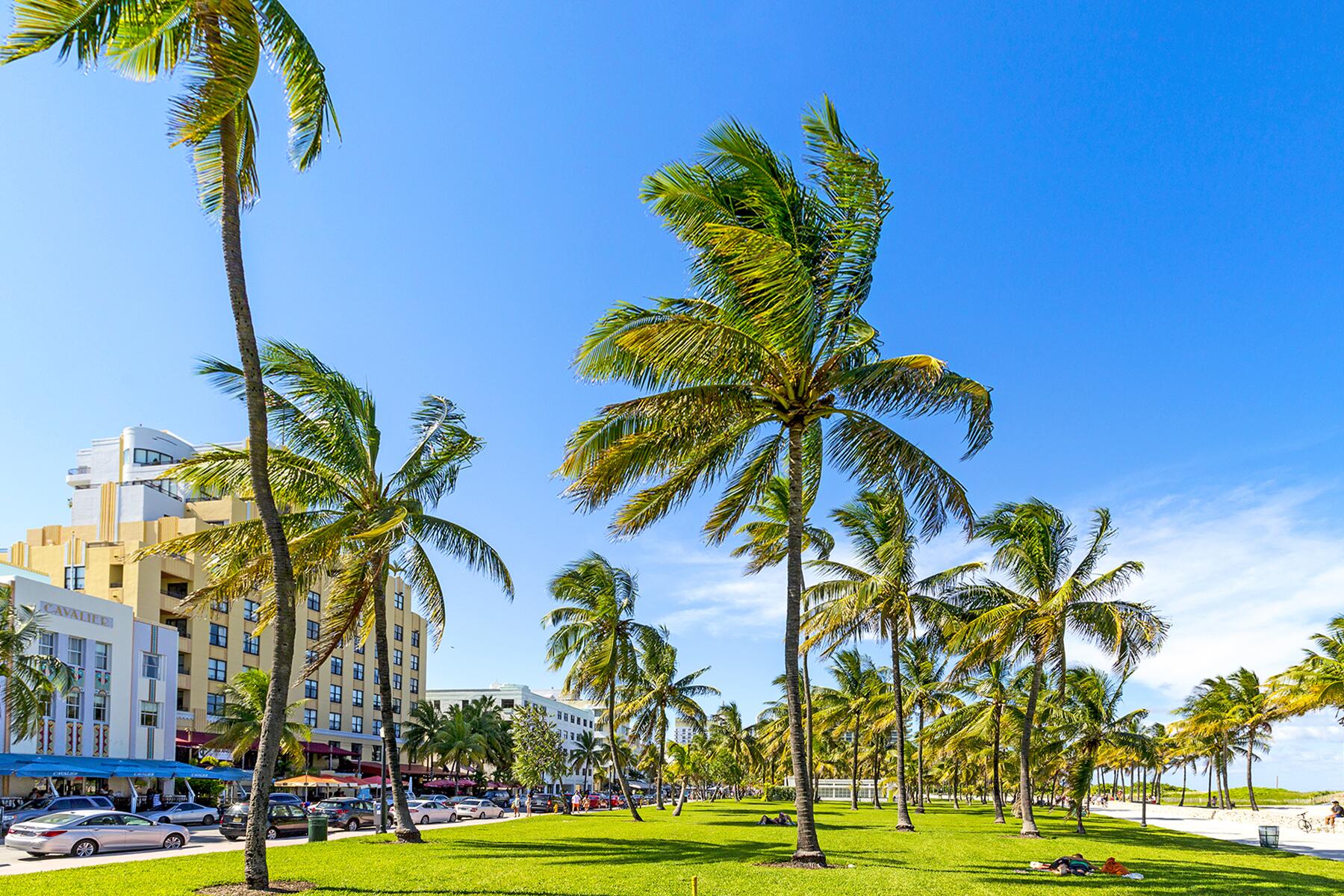 One important thing to note about traveling often—and saving money doing it—is the power of compromise. Maybe you want to visit South Beach for a week and experience the nightlife. Instead of staying on Ocean Drive, the famous South Beach strip with high nightly price tags to match, an expert traveler might opt for staying a few blocks or even a few miles away. Frequent travelers know the art of compromise can mean saving big bucks. On the other hand, let’s say you really want to stay at a specific hotel on Ocean Drive. Instead of choosing a beachfront room, an expert might decide on a lower-cost room with a city view. Same experience, lower price tag. 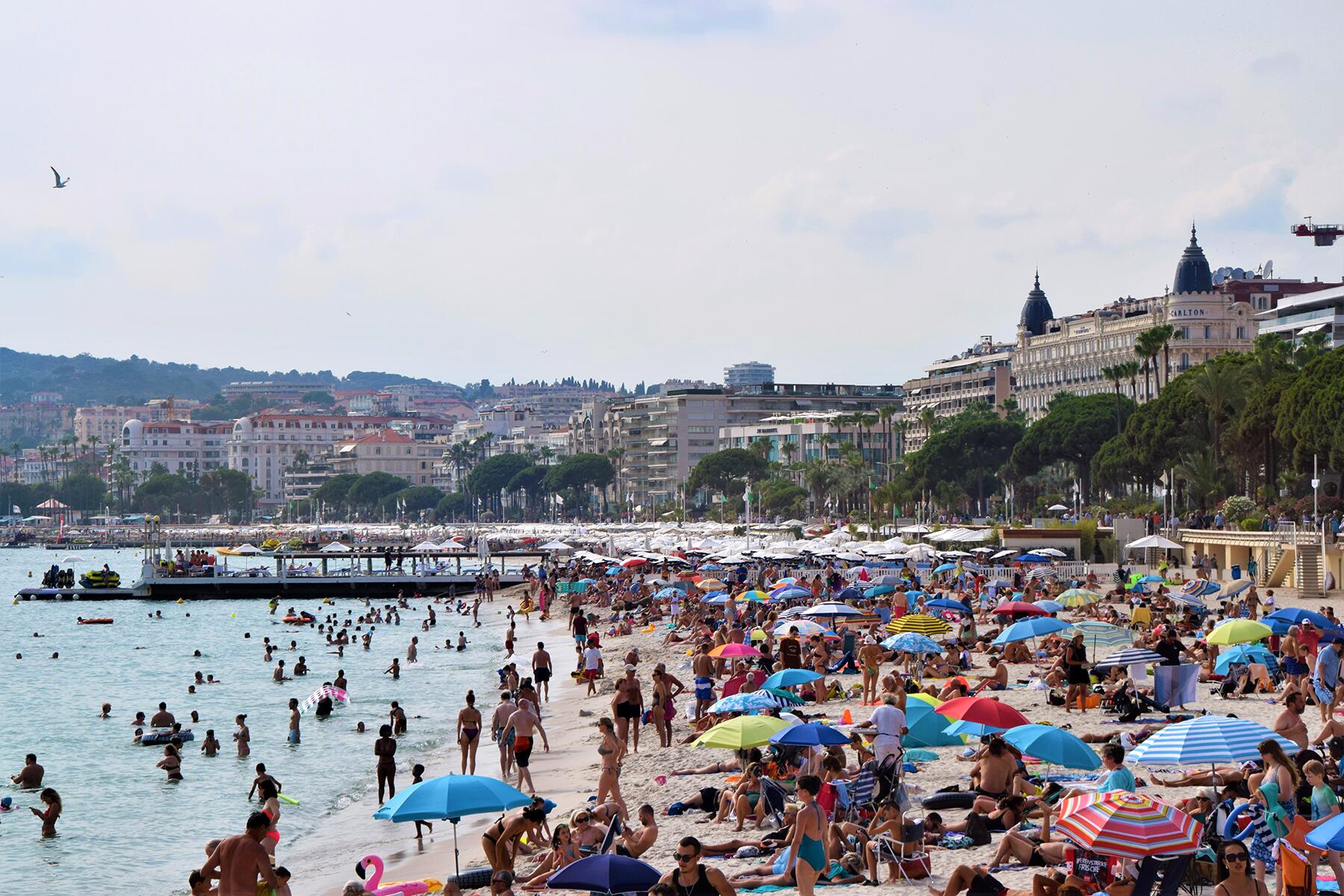 You’re Traveling at the Wrong Time

In most destinations, there are “peak” seasons and “low” seasons for travel. Peak seasons are popular times to visit, while low seasons are typically the times of year less popular for tourist visits. Because of this, low seasons are usually less expensive. Expert travelers know to avoid “peak” seasons when they can because of the price increases. For example, a 4-night resort stay on a Caribbean Island during peak season might be $1,800, while the same stay could be $1,200 during low season. 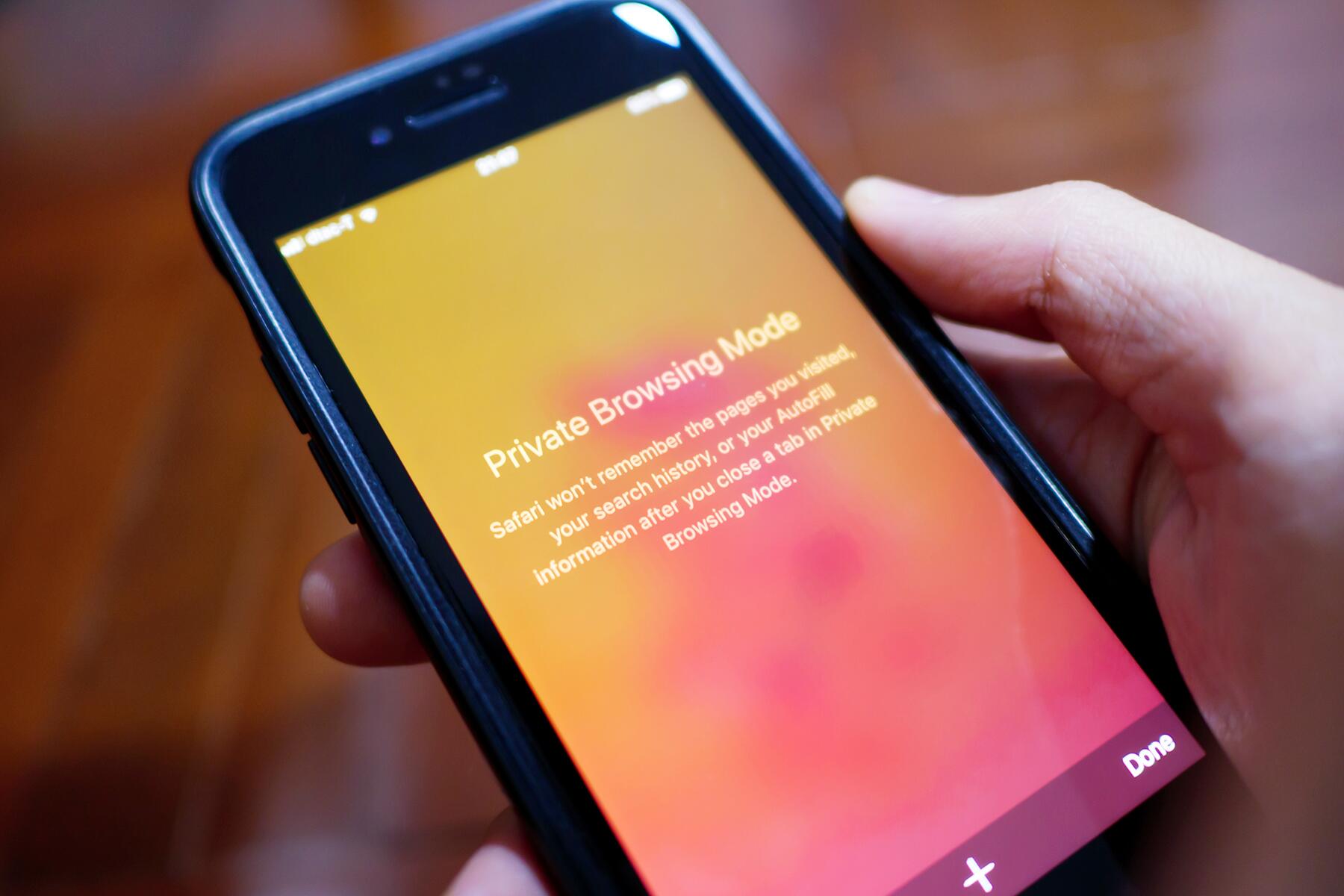 You’re Not Searching in a Private Browser

You know how everyone’s worked up online lately over the fear that someone’s hacking their data or tracking them? Well, airlines and hotels definitely do this—sort of. While they don’t really care about hacking into your social media profile or stealing your identity, they do care about the dates you’re searching for your travel so they can raise the prices and make a little extra money. Frequent travelers know to search for flights, hotels, and all travel-related to-dos in a private browser. 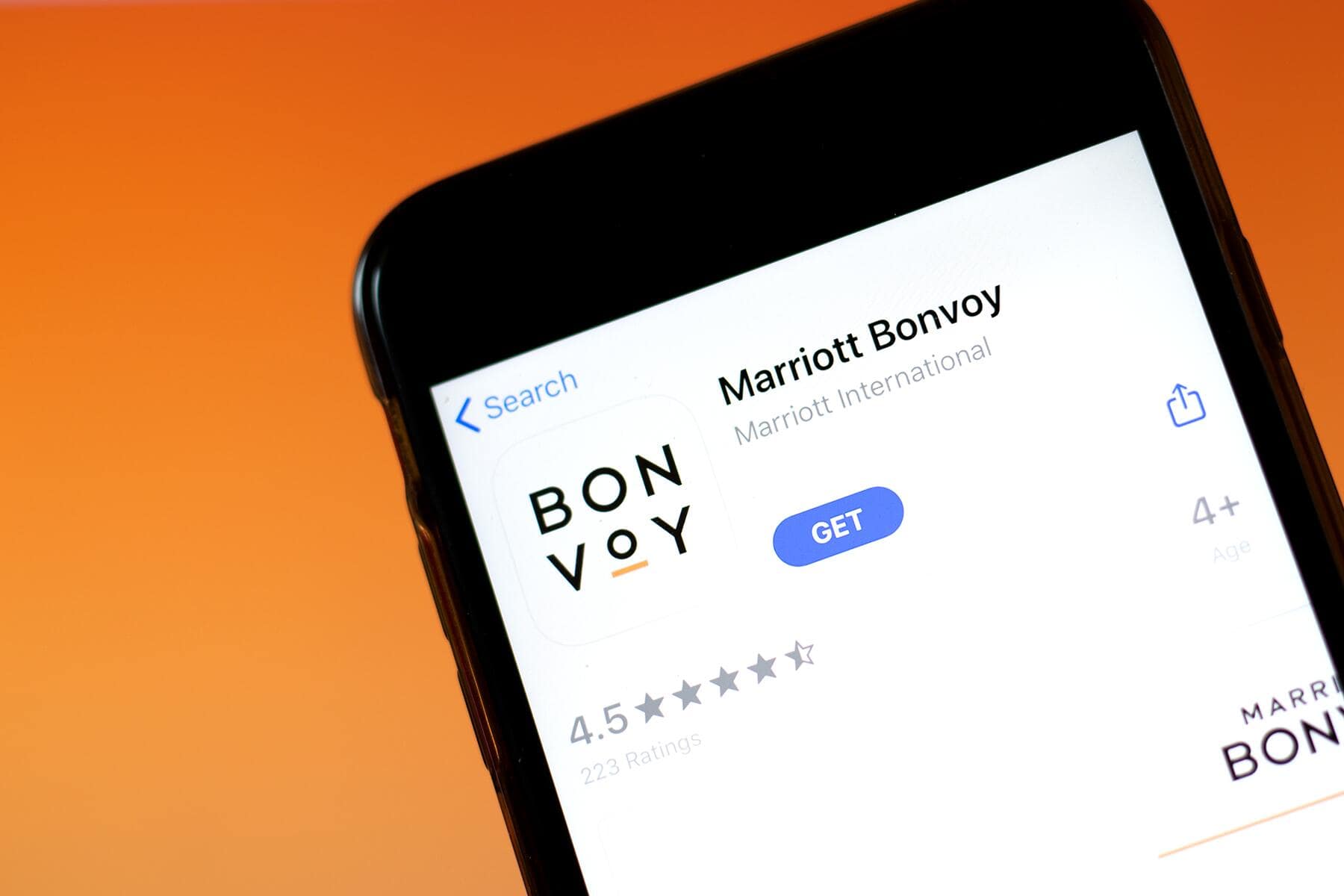 You’re Not Part of Loyalty/Rewards Clubs

Experts know to cash in on their loyalty. One of the most common differences between the habits of “expert travelers” and non-expert travelers is the earning—and use—of travel rewards. Most rewards clubs are completely free and yield some pretty great benefits. Through loyalty programs—like Hilton Honors or Marriott Bonvoy—travelers earn points for spending money with a hotel or airline. Once enough points are accumulated, they can be exchanged for various upgrades, flights, hotel stays, and other travel experiences. 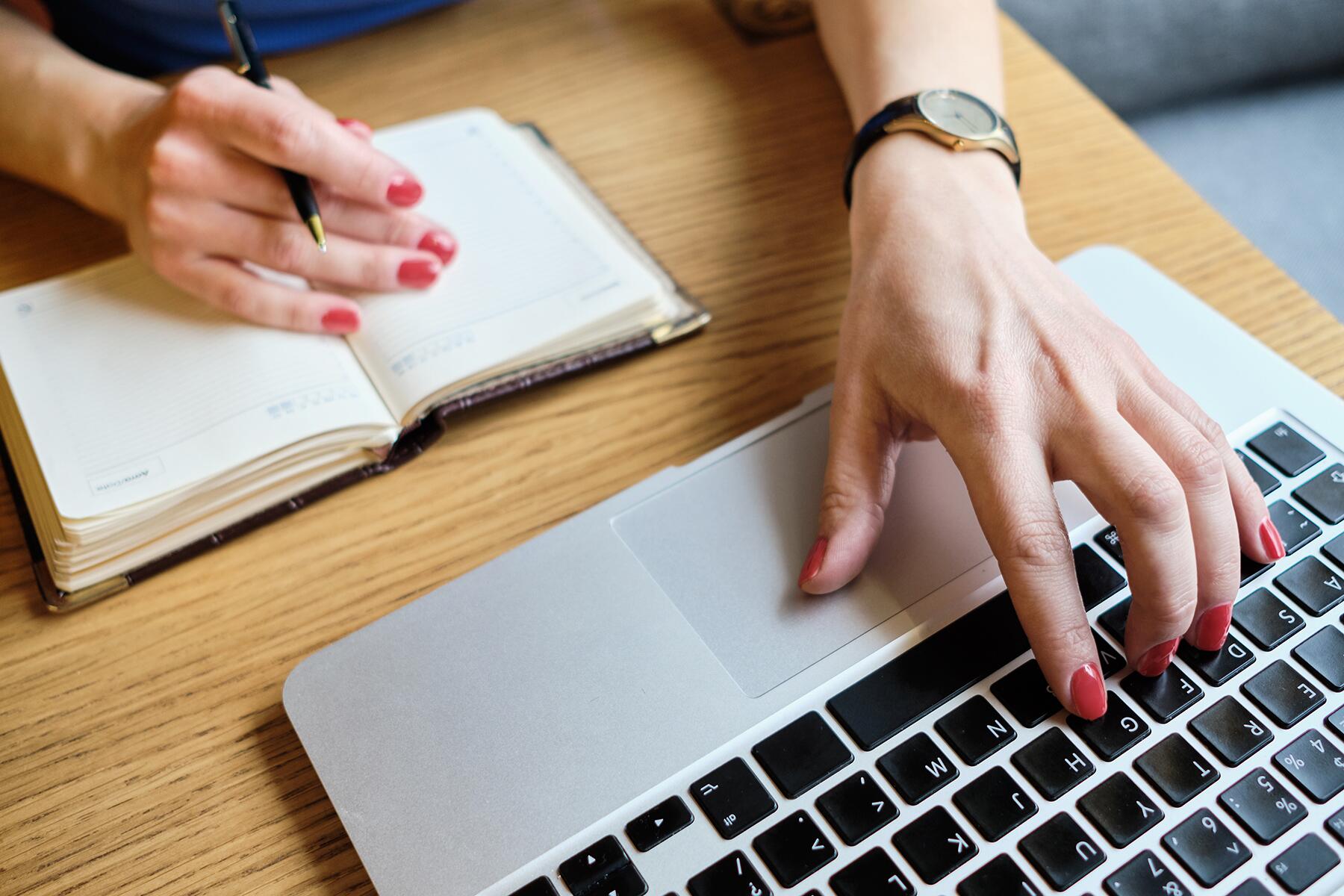 Experts rarely book the first option they come across (unless it’s an unbelievably awesome deal). Before booking or making any major decisions about travel, experts take time to research all their options. Price-comparison, the art of researching what’s offered from multiple sources, is part of the expert planning process. Unless the deal is simply unbeatable, experts know to check out the competition before officially booking. 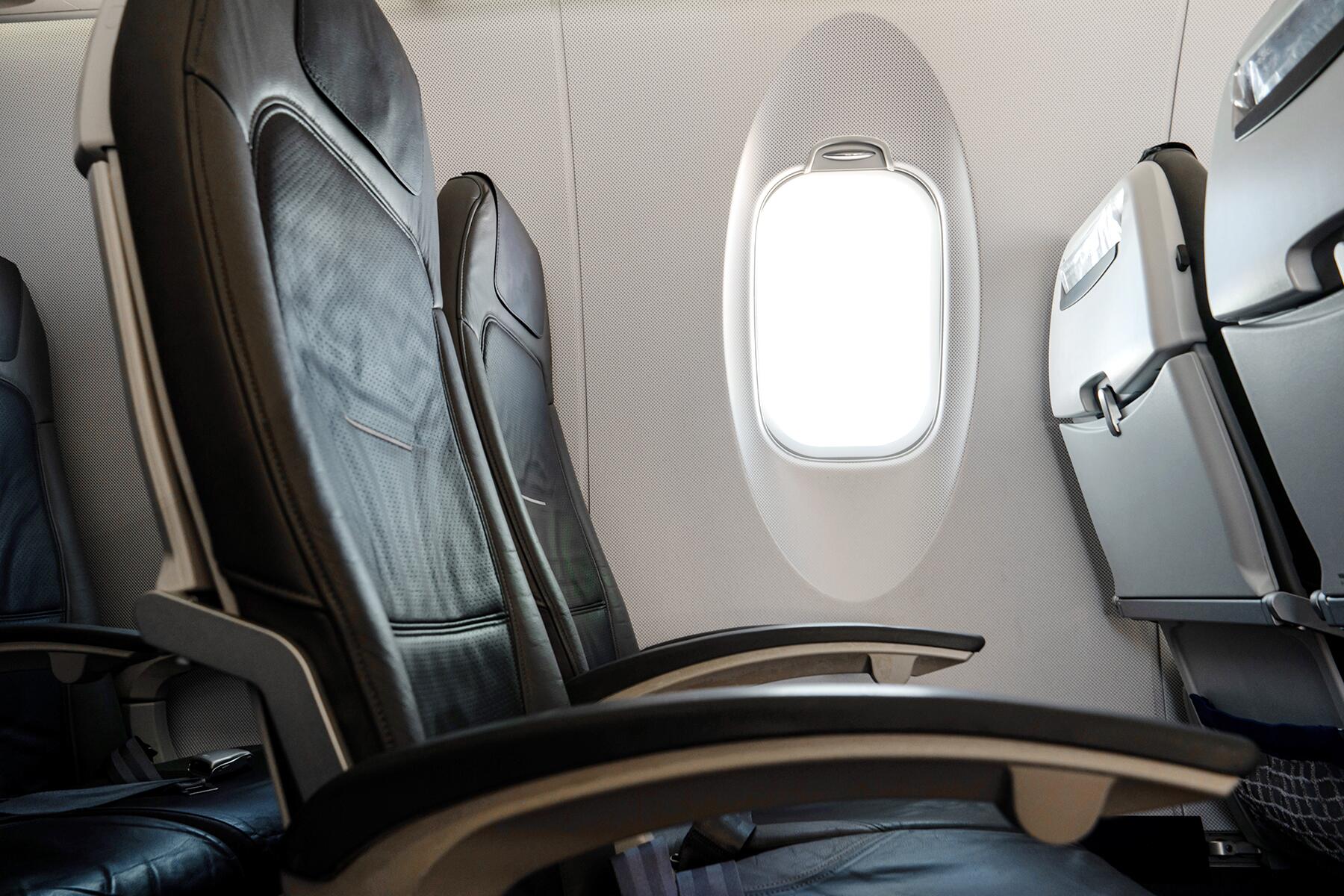 You’re Booking More Than One Ticket at Once

This lesser-known but significantly impactful tip can shave a few dollars from the flying cost of your next trip. For no reason in particular, many airlines charge a little more for multiple seats booked than a single seat booked. Let’s say you and a friend plan to fly to Hawaii for a vacation next month. You search for tickets and see that the lowest option is $500RT per ticket. Once you change the seats to “two passengers” instead of one, you might find that the price changes to $527 per ticket. In this situation, it could save you money to book them one at a time, in two separate transactions (and in a private browser, of course). 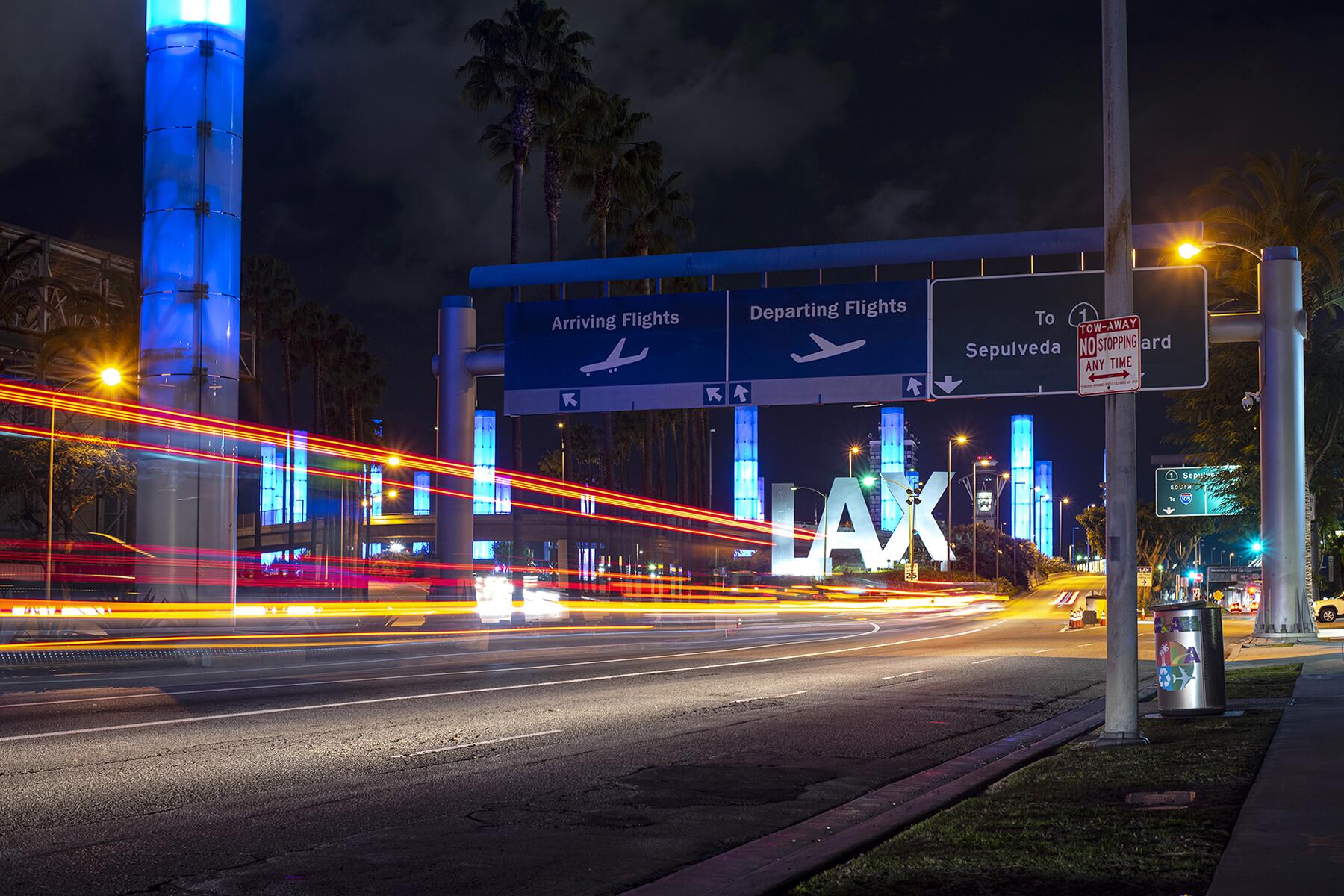 You’re Not Utilizing Nearby Airports

Flying exclusively from your home airport can cause you to miss out on major money-saving deals. For example, the New York area has three major airports—JFK, EWR, and LGA—each within 40 miles of one another. Although the airports are close in proximity, they can vary wildly by price to the same destination. For example, a person traveling one way from New York City to Charlotte, North Carolina, might pay $209 one way from JFK, $155 from EWR, or $128 from LGA. On the other hand, if you live in a city with only one major airport, there are still options that could save you money. For example, a person traveling roundtrip from Jackson, Mississippi, to Los Angeles, California, might pay $658 from Jackson, but if they’re willing to drive a little over two hours to New Orleans, Louisiana, they’d score a flight deal closer to $400, saving them more than $200. Flying from airports within driving distance of your home could save you quite a bit. Though with gas at an all-time high, you’ll need to factor in the drive. 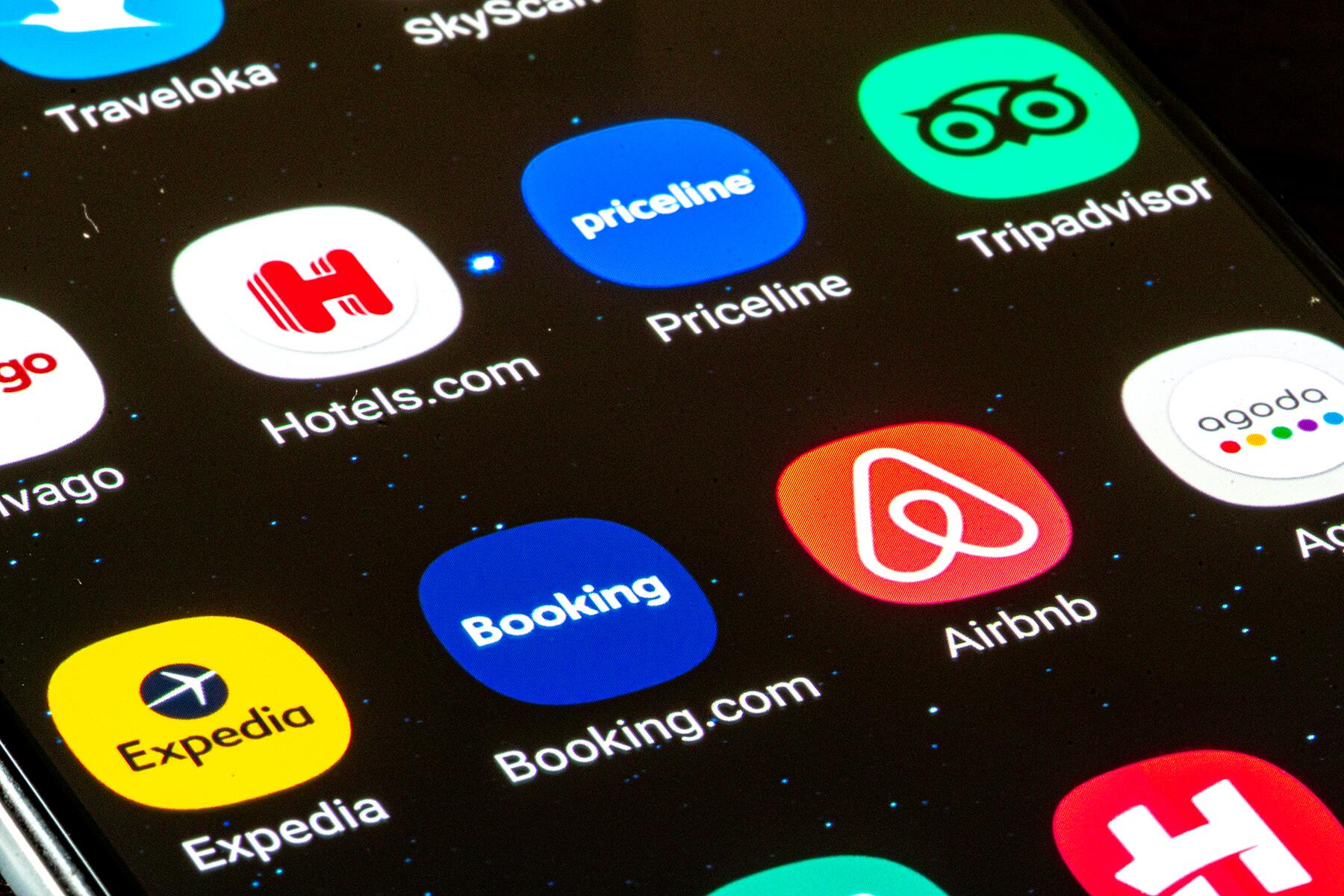 Booking direct is almost always the best option to travel. You’ll rarely find the exact same deal through a third party. What’s advertised as a “lower” cost often results in spending more money once taxes, fees, and other hidden charges factor in. One of the most reliable ways to ensure you’re getting the best deal is to book directly through the hotel or airline’s website. 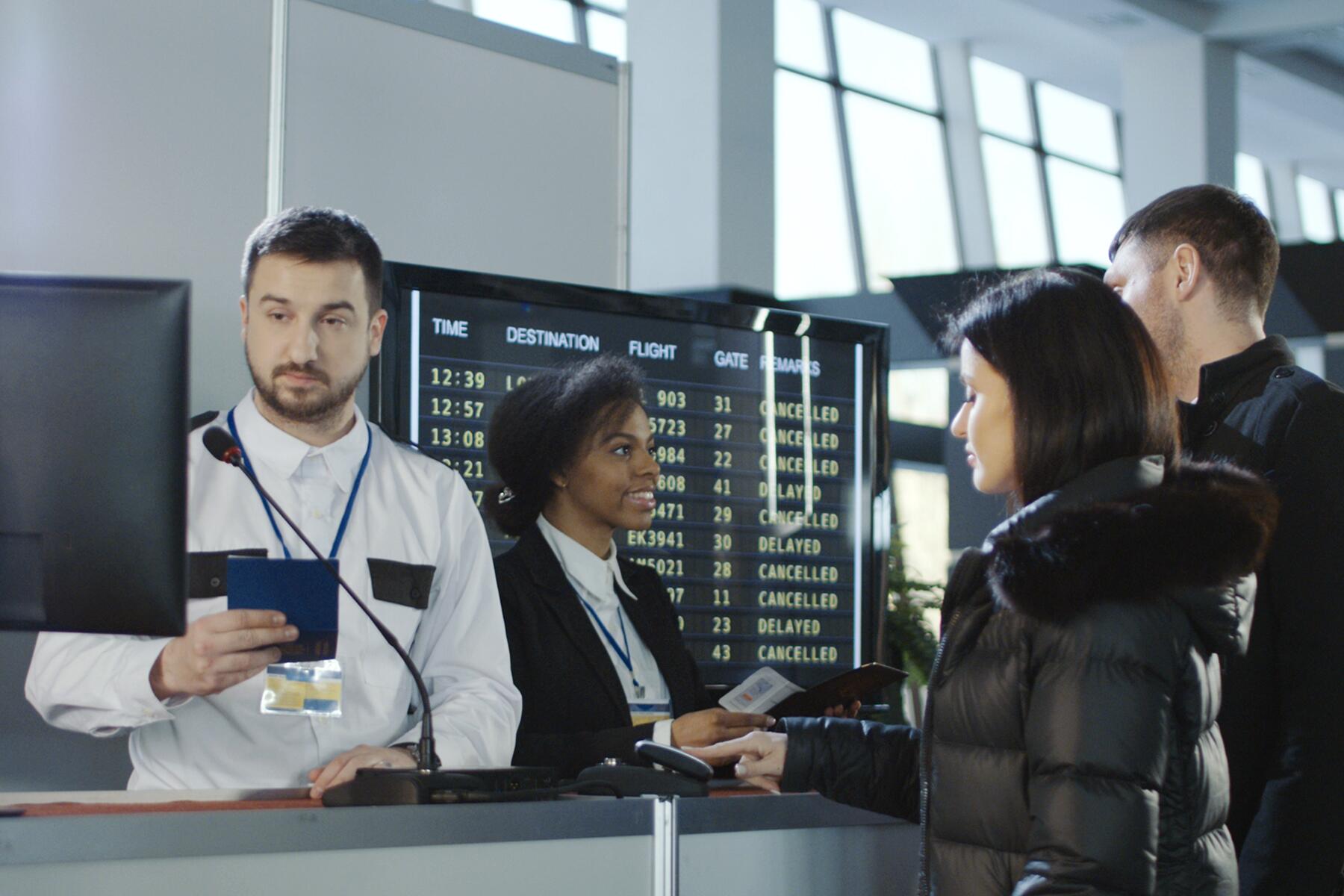 You’re Not Asking for What You Want

This may be the most “expert-ish” tip on the list: ask for what you want and be specific. In order to get what they really want, expert travelers know the value of simply asking for it. While not a guaranteed way to score an upgraded room or better seat on a flight, being polite and specific could score you a win. For example, when checking into a hotel, consider asking the desk agent if they have any complimentary upgrades or view changes available. The same applies to flying; asking a gate agent if there’s a window seat or exit row seat available before boarding begins might just get you out of the (usually dreadful) middle seat you’re assigned to. More often than not, people are willing to help where possible 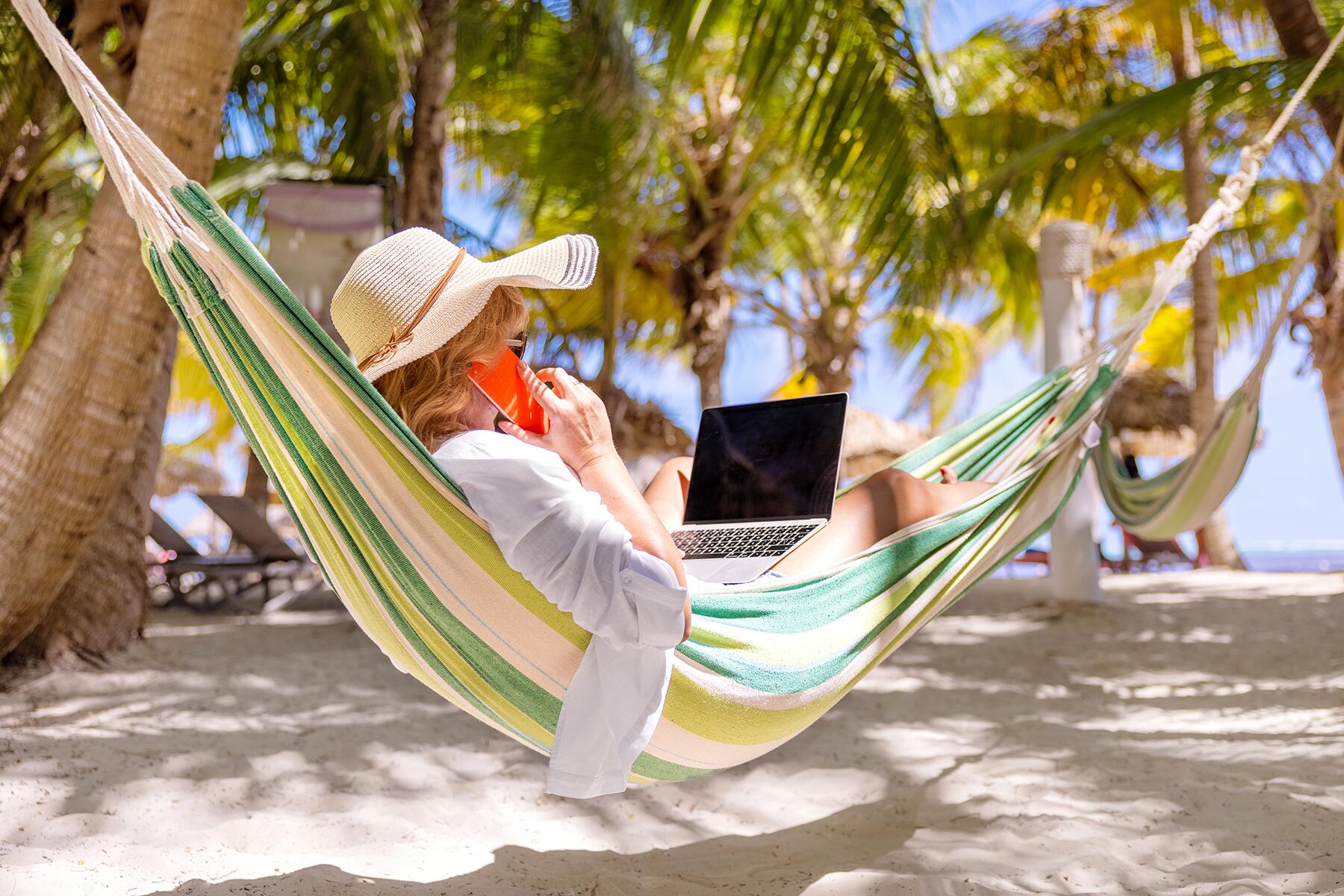 Another option for lower-cost travel is to consider travel as a career. The travel industry has many paths that can include awesome travel perks like experiencing some of the world’s most beautiful places at a low or no cost. While this option is something that takes commitment, skill, and hard work, travel as a career–be it through influence, writing, or other industry gigs–is one way experts travel at a lower cost. Often in exchange for their skill like writing, photography, or consulting, experts can sometimes experience travel for less. If you desire to travel as often as they do, and you’ve got the time to hone in on your skill and connections, this could be a viable option for you.