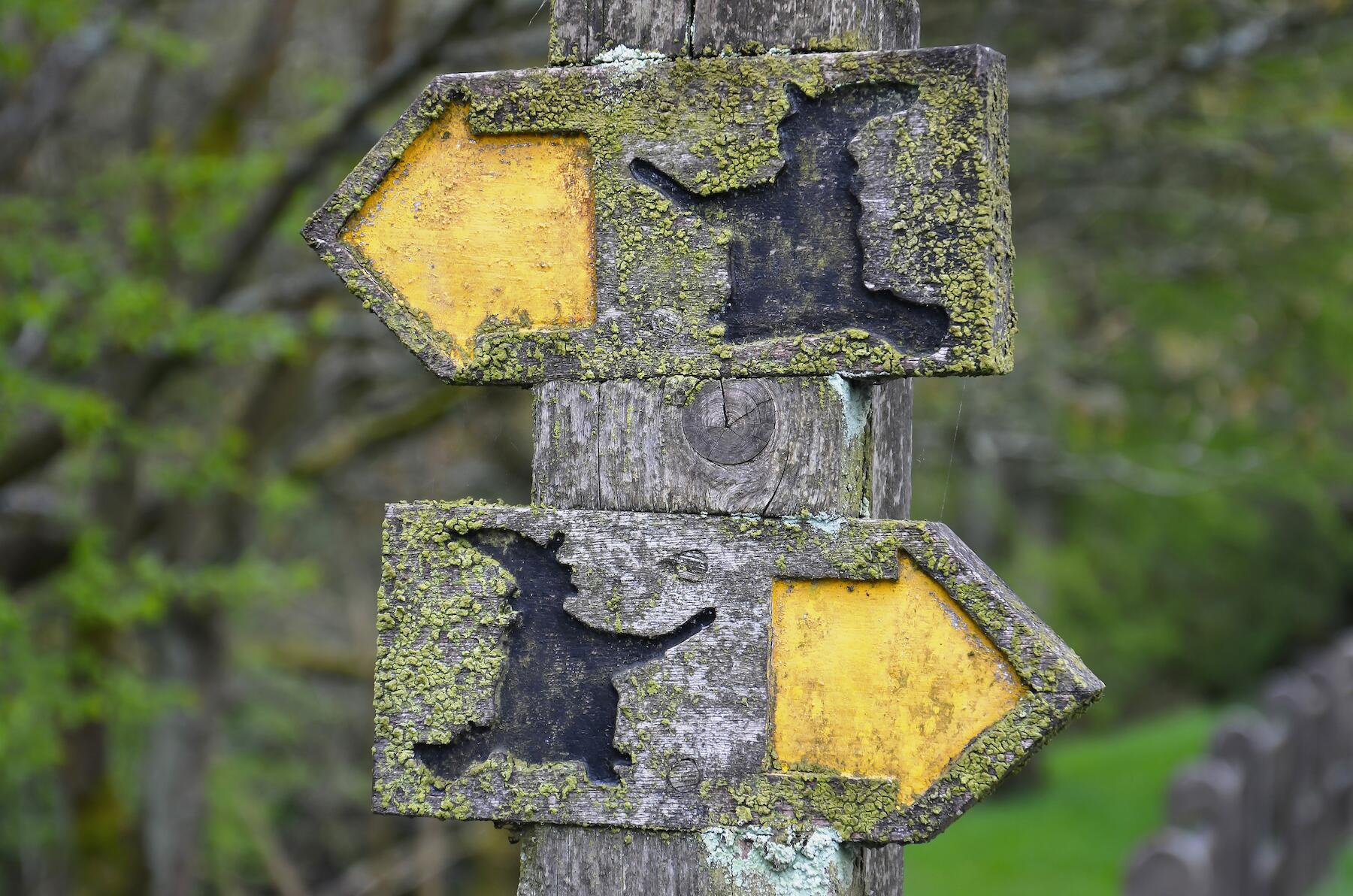 Discover the origins behind some of the world’s most famous municipal monikers.

Often, when we talk about famous cities around the world, we call them by nicknames that seem to be known just as well as their proper names. Be it the City of Light for Paris, the Windy City for Chicago, Beantown Boston. Some handles are pretty obvious, such as The Windy City of Chicago, or The Pink Cities of Jaipur and Toulouse, both of which have pink architecture, or The End of the World for Ushuaia in Argentina. However, some labels are not quite as self-evident, such as The Big Apple. Sometimes a little digging is needed to find out just how certain cities became known under their more unusual nicknames.

For what it’s worth, the numerous cities called Paris of the East/West/North/South and the just as popular Venice of the (add region) will be ignored here, because the reasons are not only pretty clear but there are also too many to even validate the moniker.

The City of Light

La Ville Lumière, the City of Light, has many monikers, from the City of Love for the romance all around, to Paname, after the Panama hats that became the fashion after French workers who dug the Panama Canal brought them back to the city. But the most persistent is that of City of Light. And, looking down on the sparkling city at night, you’d think you know exactly why it has that name, but you’d be wrong. Partially, anyway. In 1667, the city was deemed unsafe, and, to reduce crime, more streetlights were brought in, and citizens asked to place lamps and candles in their windows at night to deter thieves and muggers. The Ville Lumiere was born. In the 1700s, the city became a center of study and research, a veritable center of enlightenment, an era that was followed by the onset of electric lights, which Paris was one of the first cities to adopt widely, and the moniker stuck.

The City That Never Sleeps is known around the world as the Big Apple, a truly strange name for a city without an orchard in sight. The slogan stems from a catchphrase used by sports journalist J. Fitz Gerald in his 1920s column for The Morning Telegraph, titled “Around the Big Apple.” It was a colloquialism termed by jockeys, indicating the rich prizes in horse racing meets, and the biggest apple of them all to be won was New York City. Soon the moniker was also used by Harlem jazz musicians and sung about in songs. But it wasn’t until the 1970s, when crime numbers went up and tourists began to avoid the city, that the name was written in lights to lure visitors back in. Later, even the corner of West 54th Street and Broadway, where Fitz Gerald lived, was renamed Big Apple Corner.

Despite being despised by locals, Boston’s nickname of Beantown is steeped in history, or should I say molasses? The origin is, as seems obvious, a culinary one: beans had long been grown and eaten around the region by Indigenous peoples. According to local history, they were then eaten with maple syrup, venison, and corn, but the slave trade brought molasses to the city.  Not long after, the baked bean manufacturer B&M set up shop in Boston and the famous Boston bean dish became popular with sailors coming to town, as well as locals and visitors. In the late 1800s, even the local baseball team was called the Beaneaters, and in the early 1900s a tourism slogan boasted: “You don’t know beans until you come to Boston.” Like it or not, the bean dish is still hugely popular, so it looks like the name is here to stay.

La Serenissima translates to “The most serene one,” and you’d be excused for thinking that this nickname derived solely from the city’s unmistakable beauty and serenity. But the name dates to 697 when the region became the Serene Republic of Venice, a status that lasted until 1797. Ruled by a doge, the republic was a hugely successful and rich trading post throughout the Middle Ages, having an ideal location connecting the eastern trading routes with the western ones. The abbreviated version of The Most Serene Republic stayed as La Serenissima, and it is still very appropriate today.

The Big Smoke is a reasonably common name for big cities with a bit of a pollution problem, with cities such as Sydney and Melbourne in Australia, Dublin in Ireland, Sao Paulo in Brazil, Glasgow in Scotland, and Sudbury in Canada all being not so proud owners of the moniker. But the most famous Big Smoke is London. While many deem it a cliché to depict London as foggy and dismal in films, there was a lot of truth in it, because it was not all fog, but also a lot of smog. So much so that the name Big Smoke appeared in the dictionary of slang back in 1874. Not quite as polluted anymore today, it is still a commonly used phrase, especially used by out-of-towners, when coming to visit the big city from the surrounding countryside.

Frankfurt is not generally on anybody’s to-do list when traveling to Germany, despite its pretty old town center and a plethora of museums. Instead, it is Germany’s banking center, and, together with Frankfurt International Airport, a huge draw for global business travelers. Most international banks have a seat here and the city has sprouted a good selection of skyscrapers over the last few decades, which, together with the fact that this Frankfurt lies on the river Main (there is another Frankfurt on the river Oder, in eastern Germany near the Polish border) has given the city its moniker of Mainhattan.

There are two lines of argument, both of which claim to be the origin of why Rome is called the Eternal City, both ancient enough to put other cities’ monikers to shame. One theory states that Virgil started it all with his poem The Aeneid, written between 29 and 19 B.C., in which he refers to the everlasting (Roman) empire. However, Tibullus was the one who referred to the city of Rome as Romulus aeternae, the eternal Rome, in his Elegies, written in the first century B.C. Either way worked for the Romans, as they believed that their empire and its capital would truly last forever. It nearly did: it lasted from 31B.C. to the mid-1450s CE, an impressive (nearly) 1,500 years.

The City of Dreaming Spires

Oxford is famous for its university, not only the oldest university in the English-speaking world but also one of the world’s most prestigious. It is the university’s and the surrounding churches’ spires that form a unique skyline, and which inspired Victorian poet Matthew Arnold in 1865 in his poem Thyrsis.  He wrote: “And that sweet city with her dreaming spires / She needs not June for beauty’s heightening / Lovely all times she lies, lovely to-night!”

But not to be beaten by a romantic poem, the hard-working students of Oxford have since re-coined the phrase and call Oxford the City of Perspiring Dreams.

Originally called Temasek, the city of Singapore was named Singapura in the 14th century, the name deriving from the Sanskrit words simha (“lion”) and pura (“city”). According to legend, Sang Nila Utama, a Sumatran prince from Pelambang, came by on a hunting trip and saw a creature on the coast, which he thought to have been a lion. Deeming it a sign of good luck, he founded a city on that spot. Today, not only is the mythical Merlion the most photographed sight in Singapore, but it’s also the symbol of the lion ever-present, representing the nation’s three values: courage, strength, and excellence.

From a Lion City to a Tiger Town, and the unlikely owner of that name is Oslo in Norway. And the name-giving culprit is yet another poet. In this case, it is poet Bjørnstjerne Bjørnson, who in 1870 in his poem Sidste Sang, describes a fight between a horse and a tiger. In the poem, the horse represents the safe countryside and the tiger the dangerous city. Bjørnson perceived Oslo as a cold, inhospitable, and dangerous place, and it became known as Tigerstaden—“Tiger Town.” Today, the tourism board has embraced the name, planted a large Tiger sculpture outside the central train station, and built up Oslo’s reputation as a happening place.

The City of Dreams

Mumbai, formerly Bombay, is also called Mayanagri, the City of Dreams. This moniker has developed over the years for various reasons, partly due to the economic wealth of the city, with many thousands of workers migrating from the countryside to the city every day to earn a living and to try and follow their dreams of a better life. But equally, Mumbai is the seat of Bollywood, a veritable dream factory. The Indian Bollywood films attract huge crowds, telling stories of lives that to most cinema-goers are unachievably glorious, full of glitz and riches, love, and adventure. In short, a nearly unattainable dream, but one fueling the imagination and the coffers of Mumbai.

The City of Angels

Yes, the initial reason for the moniker is pretty obvious, with Los Angeles being Spanish for “The Angels,” but why was the city named after Angels in the first place? As history will have it, the region now occupied by L.A. was first inhabited by the Tongva peoples, but as with many Native Americans, had their land stolen by colonizing visitors and accompanying missionaries. The Spanish, who colonized the region in the 1700s, named their settlement El Pueblo de la Reina de los Angeles—“the town of the Queen of the Angels,” in reference to the Virgin Mary. Over the years the name was shortened to “Los Angeles,” or, even shorter, “L.A. “

There are other monikers, of course, such as Tinseltown and La-La Land.

The City of the Violet Crown

This is not one that rolls of the tongue easily, nor is it that commonly used, but it makes up for it in unusualness and unusual origins. It was a poet coining the name, once again. Around 450 B.C., the poet Pindar, hailing from Thebes, wrote: “City of light, with thy violet crown, beloved of the poets, thou art the bulwark of Greece.” He was referring to the purple hazy sunsets in Athens, set off by the mountains on the horizon, but this one could just as easily have turned into another City of Light.

But it seems, however unusual the name of City of Violet Crown, there is another city that lays claim to it: Austin, Texas.

If you research nicknames of Prague, you’ll find City of 100 Spires, 500 Spires, and 1,000 Spires. The confusion is understandable because the moniker was bestowed on Prague after a counting session of the city’s many, and I mean many, church spires, steeples, towers, turrets, and whichever other architectural features resemble a spire. Depending on when the count took place, they were all true at some point, as today the reported count stands at somewhere between 500 and 1,000. That said, stověžatá, the local nickname of Prague in Czech, actually translates as “Hundred Towers,” so let’s go with that.