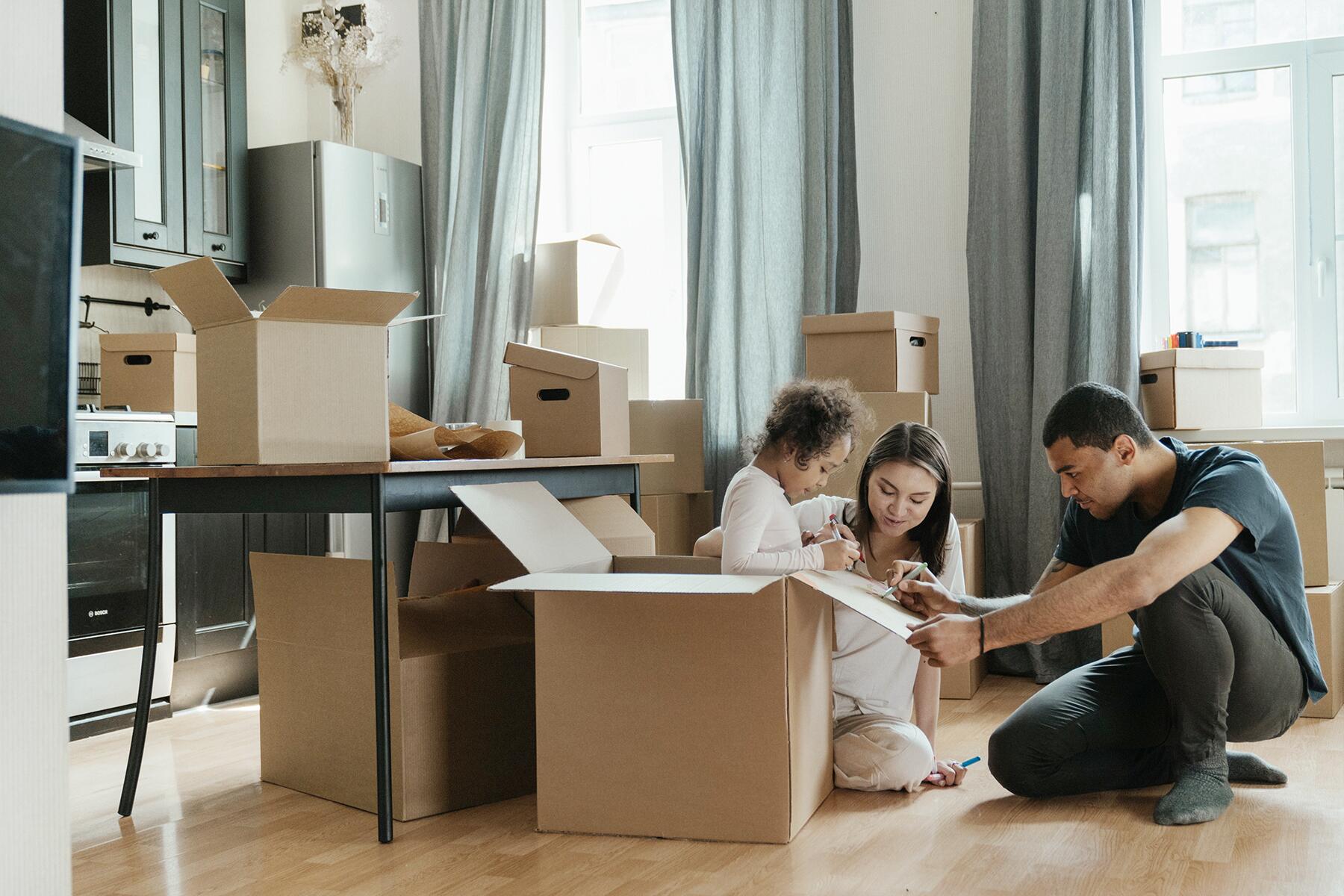 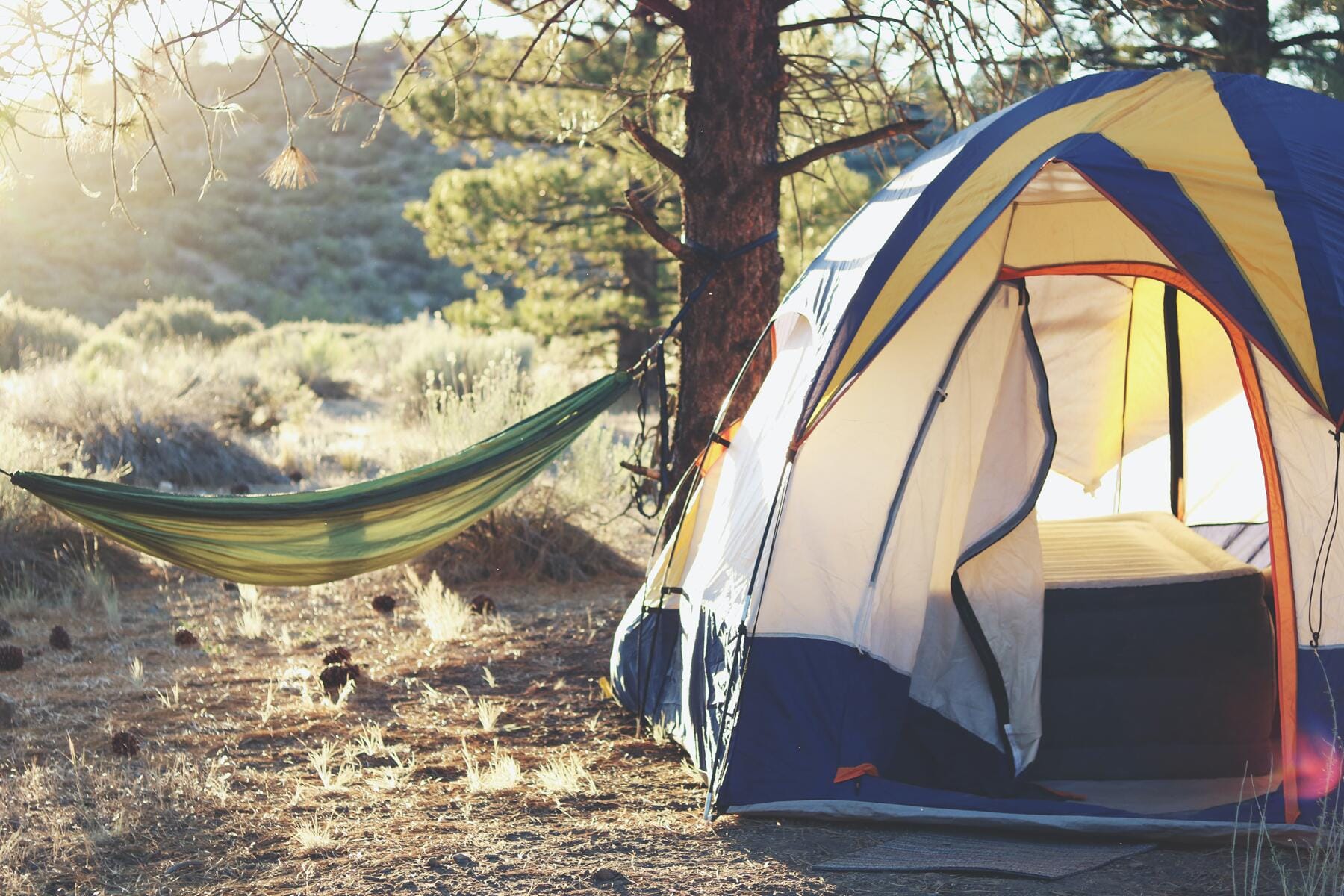 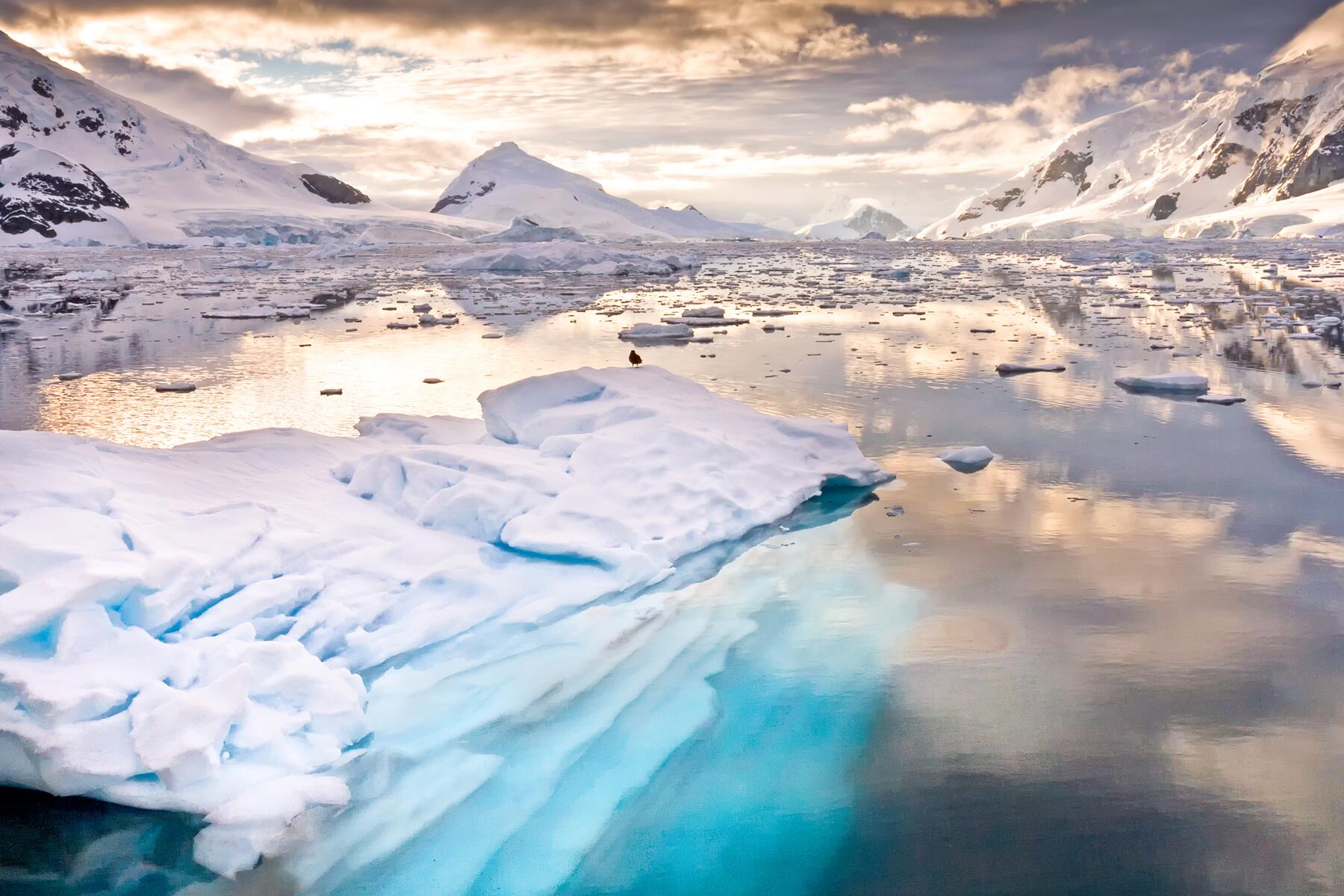 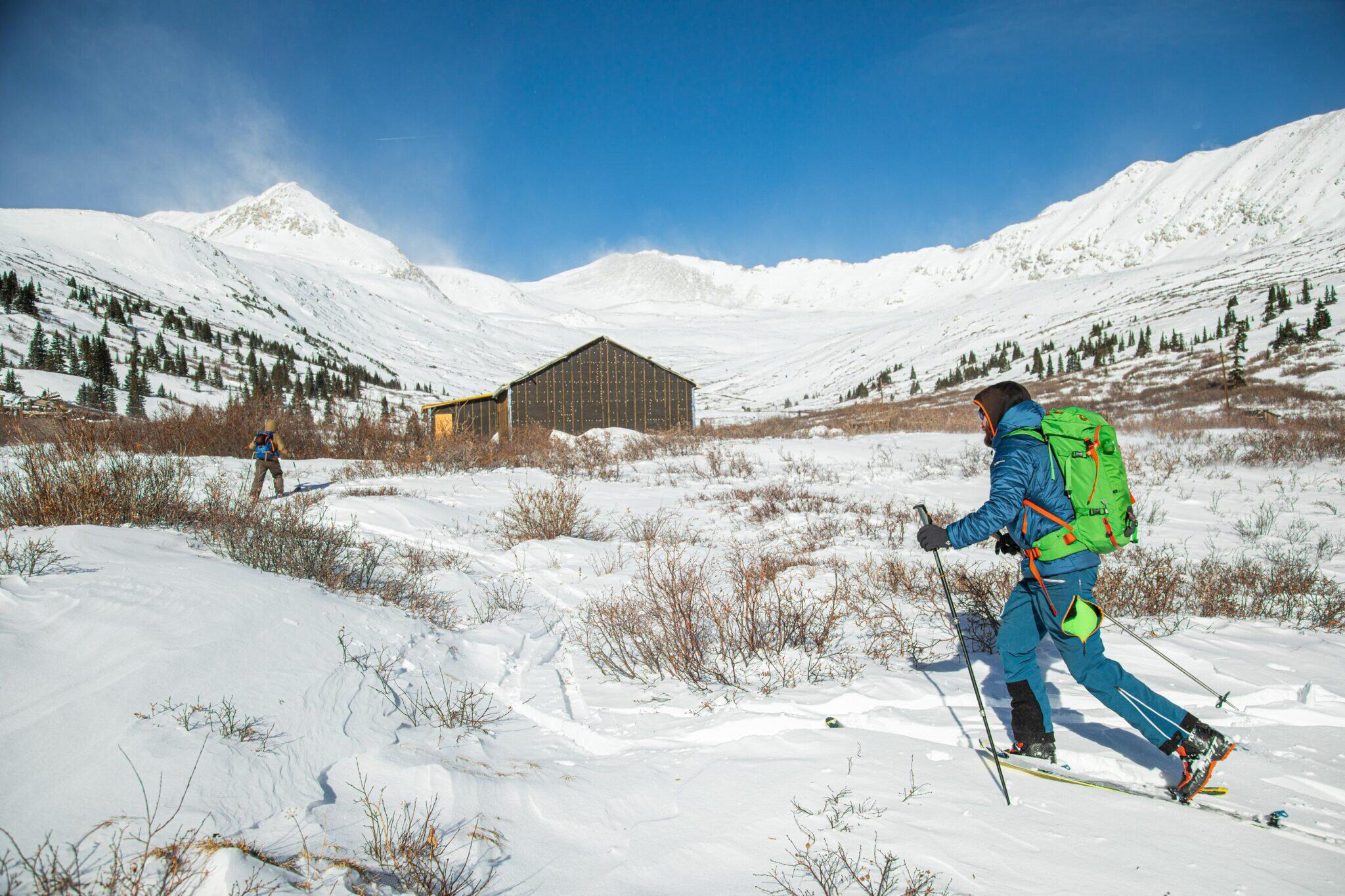 Unless you want to be jailed, fined, or even go blind, avoid these during your travels.

Unless you’re a straight-up smuggler with darkness in your heart, you’re probably not going to want to buy things overseas that will get you into trouble. The problem is that sometimes it’s not obvious what’s prohibited, illegal, dangerous, or even just unethical. A little bit of knowledge will keep you on the straight and narrow though (and will keep you from going blind from drinking bathtub gin). 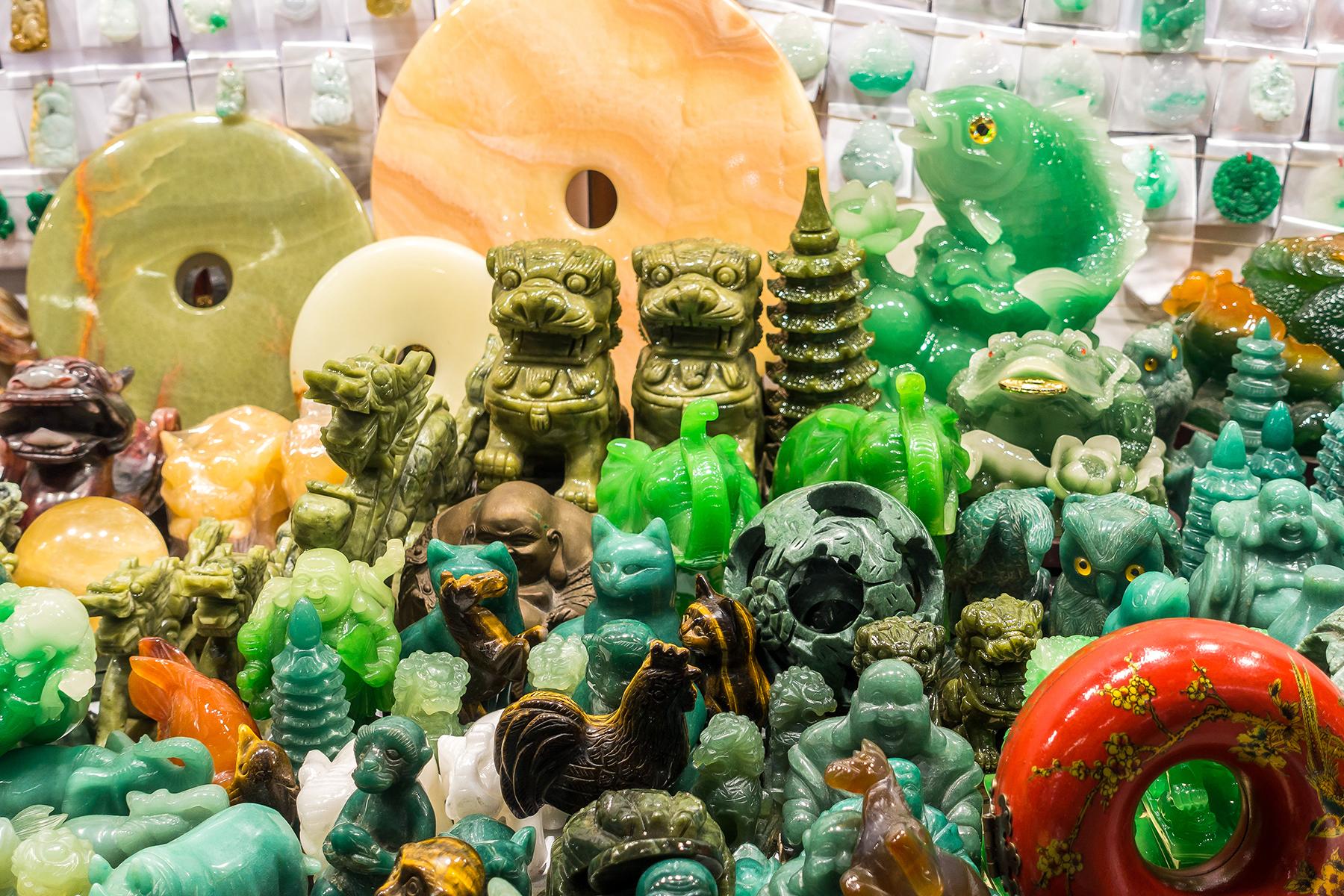 Thanks to its beauty and historical and cultural significance, jade is a hot commodity in Asia, and particularly for China’s burgeoning middle class. The problem is that it’s also one of the most morally, ethically, and legally dicey products in the world. According to the U.S. Department of Labor, jade, which comes primarily from Myanmar, is a product often harvested by both children and adults in forced labor (aka slavery). Furthermore, those slaves are often held in service not just by threats of violence but by heroin addiction, and the backbreaking labor at mining sites is often punctuated by maiming or deadly accidents. Between the humanitarian issues, and the fact that mining for jade is wildly bad for the environment, and you’ve got a product that, much like African blood diamonds, has a catastrophic cost associated with it. Unless you can be absolutely certain that it was mined ethically, just don’t buy it. 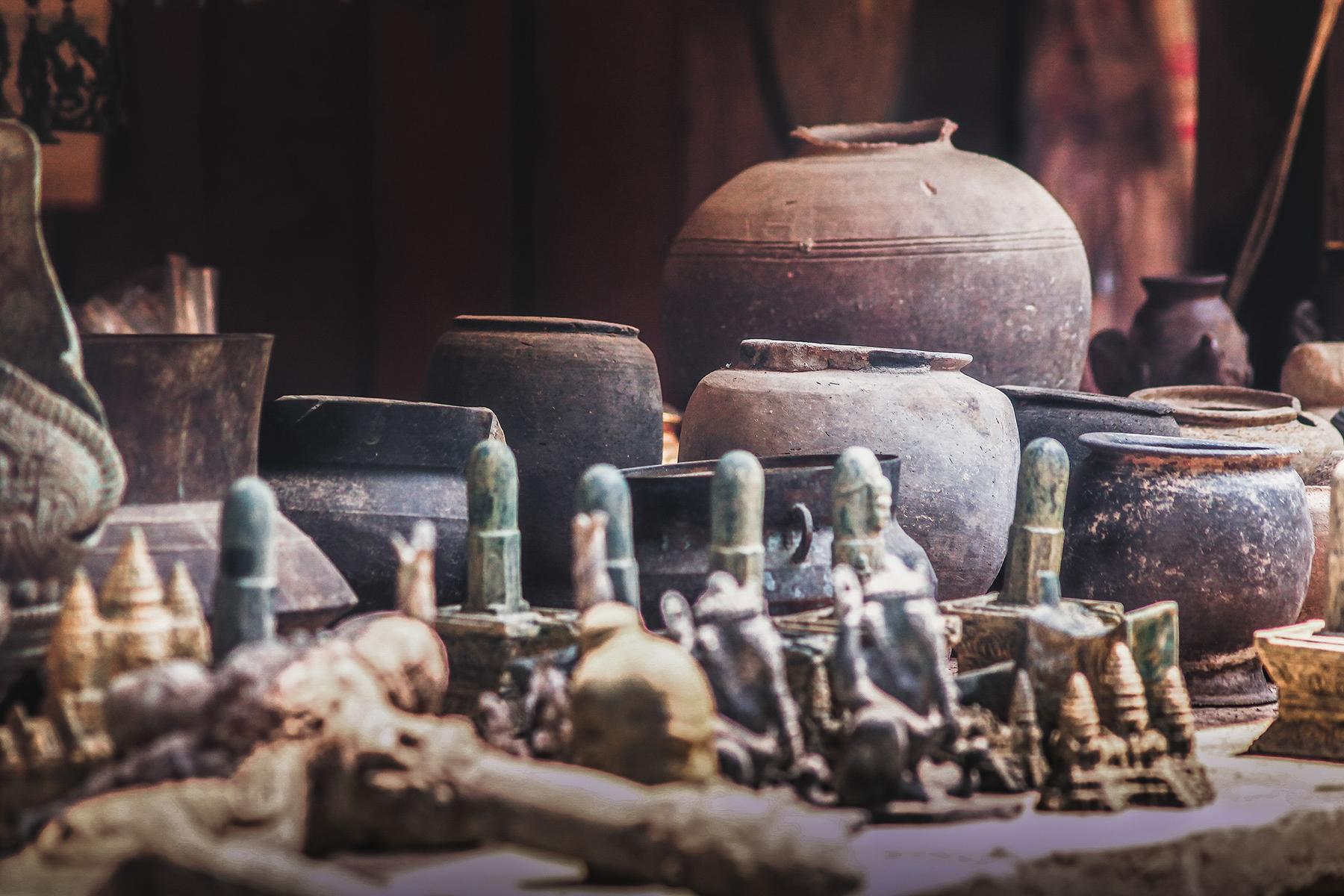 You’ve very likely heard about how the U.S. invasion of Iraq contributed to a booming trade in stolen religious artifacts, but what you may not know is that it’s not just folks like Hobby Lobby who are hoovering up treasures pillaged from the world’s temples and religious sites. Religious and cultural antiquities are surprisingly easy to find in both auction houses and public marketplaces and can be as innocuous as stone or ceramic tablets and terracotta pots. If you’re interested in purchasing an artifact either in (or from) another country and don’t want to be heavily fined or jailed, make sure you brush up on the laws of both the United States and the country of origin before making a purchase. Or, save yourself the time, money, and trouble and just buy a nice replica. Who do you think you are, Indiana Jones? Get the one that won’t send you to prison. 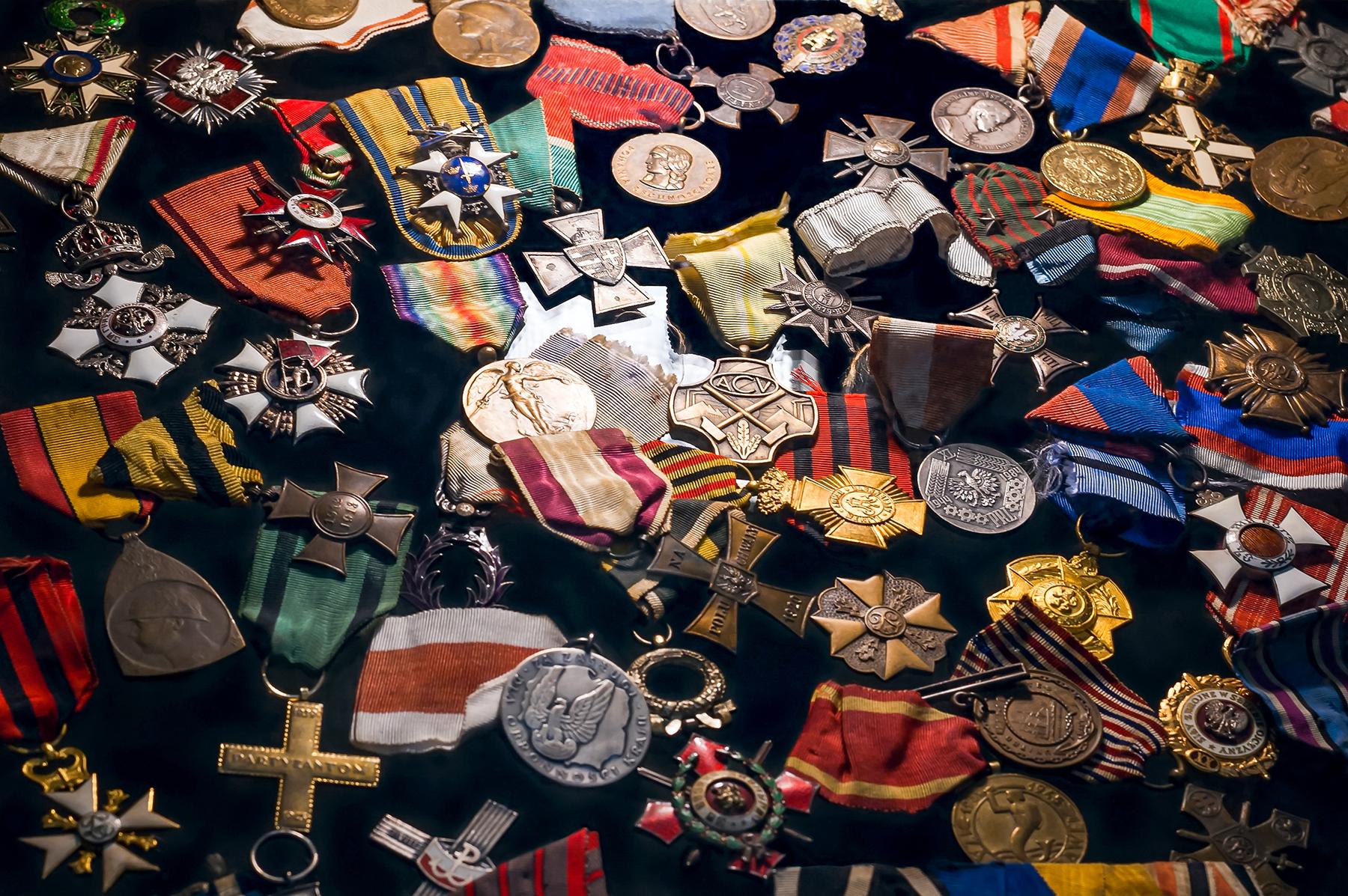 Military or Police Medals or Paraphernalia

Military and police medals, uniforms, and other similar ephemera are appealing for a number of reasons and auction houses like England’s Warwick & Warwick sell these items without issue. Where you might run into trouble is that there are a bevy of regulations in the U.S. alone which dictate who is allowed to wear a uniform or symbols of rank and under what circumstances, and you can be sure similar laws exist across the world. If you’re in the market for police or military goods that aren’t just innocuous surplus make sure that it’s legal to purchase them and don’t wear them around. Even if there aren’t any legal consequences, wearing a uniform when you didn’t serve (or medals you didn’t earn) can be considered a sign of stolen valor and is potentially offensive. 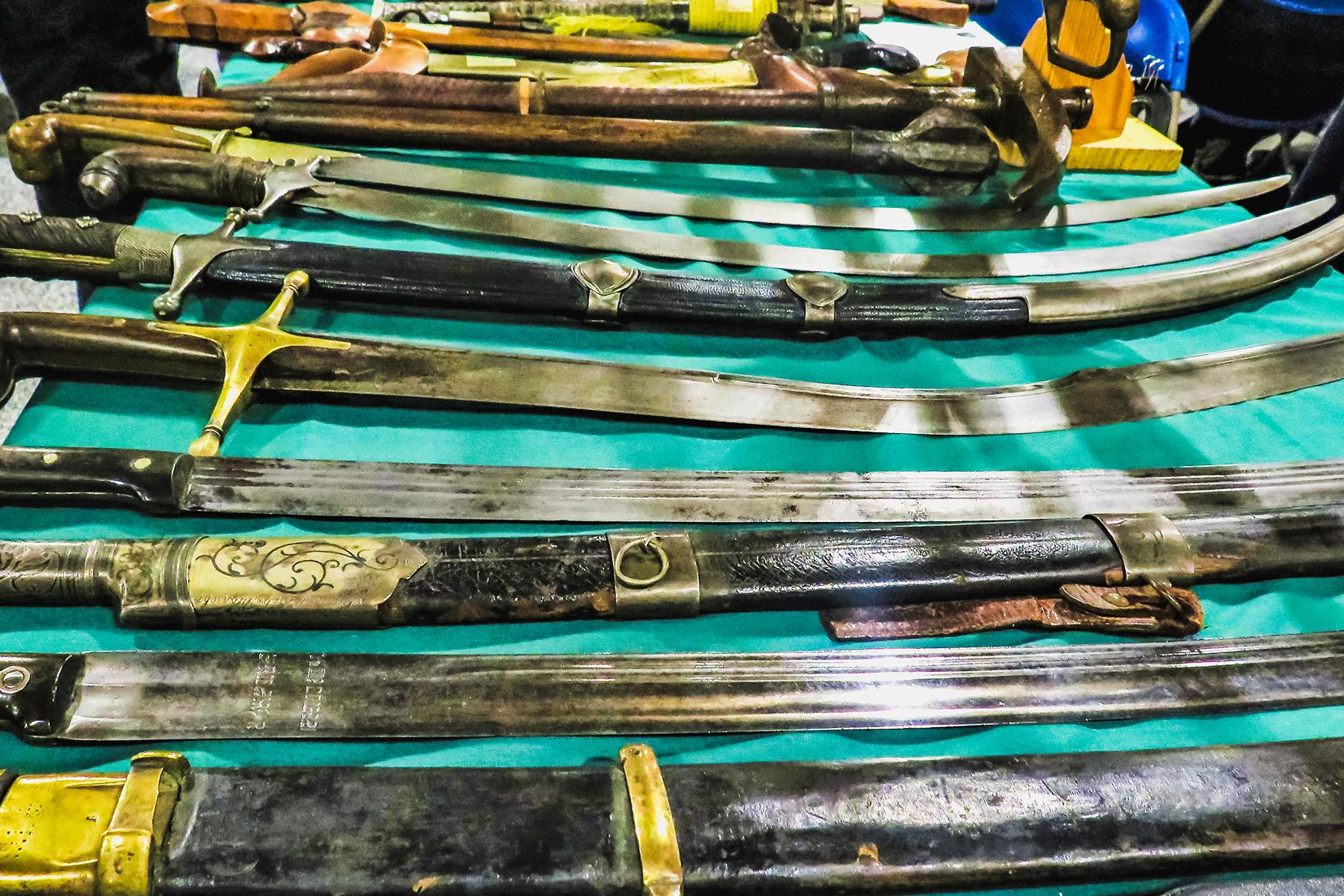 The idea of having an ancient samurai sword sitting on a mantle or hanging above a desk might seem cool, but the reality is a lot trickier.

INSIDER TIPHanging a sword over your desk is actually not cool—it’s dangerous. Stop it!

Antique swords, whether they’re ceremonial, part of a military uniform, or legitimate heirlooms, can be subject to significant regulations depending on the country of origin. In Japan swords––much like guns––are very tightly regulated, meaning that swords have to be licensed in person, the license must always accompany the blade, transporting the blade is subject to regulation, and exportation will require disclosure and paperwork. If you have visions of picking up a genuine katana at an antique store and just sticking it in your suitcase, think again. 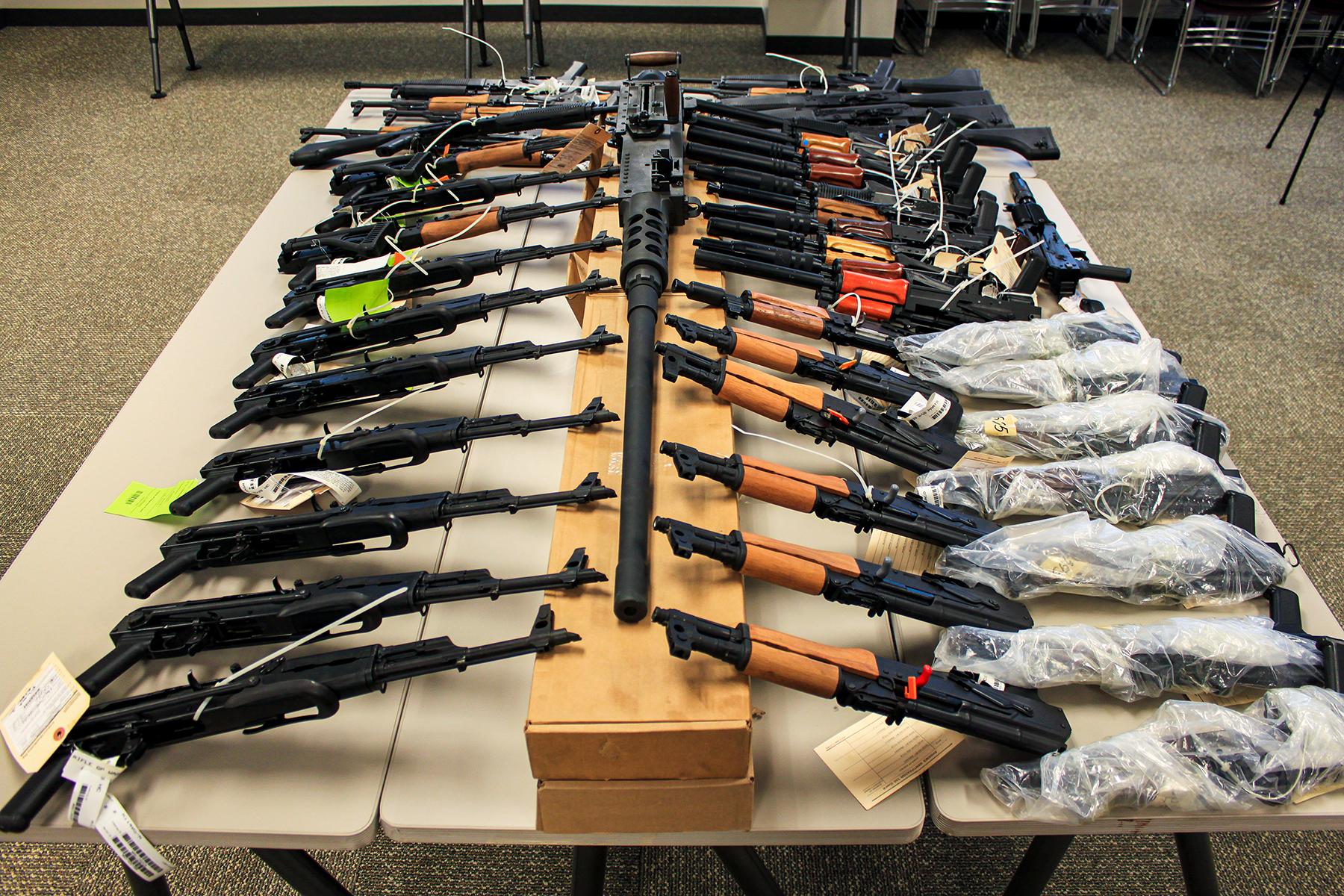 America has perhaps the least restrictive gun laws of any developed country in the world and (by and large) it’s exceptionally easy to purchase a gun here. That is not the case in other developed countries though, and you’re very likely going to face a bunch of laws and regulations which will make purchase and export extremely difficult. Sure, the truly determined can find illegal gun dealers in places like Eastern Europe and the Balkans but it’s a risky, if not flagrantly stupid idea. Buying an illegal firearm from a sketchy third-party seller means that you could be coming home with a weapon someone else used in a crime, a gun illegally converted from one that was formerly deactivated or discarded, or even just something that wasn’t properly manufactured and thus is unsafe to use. You’ll also need to navigate U.S. customs laws, which generally prohibits the importation of guns and not only demands paperwork proving origin but requires you go through a licensed importer, dealer or manufacturer. You’re better off just buying your guns at home. 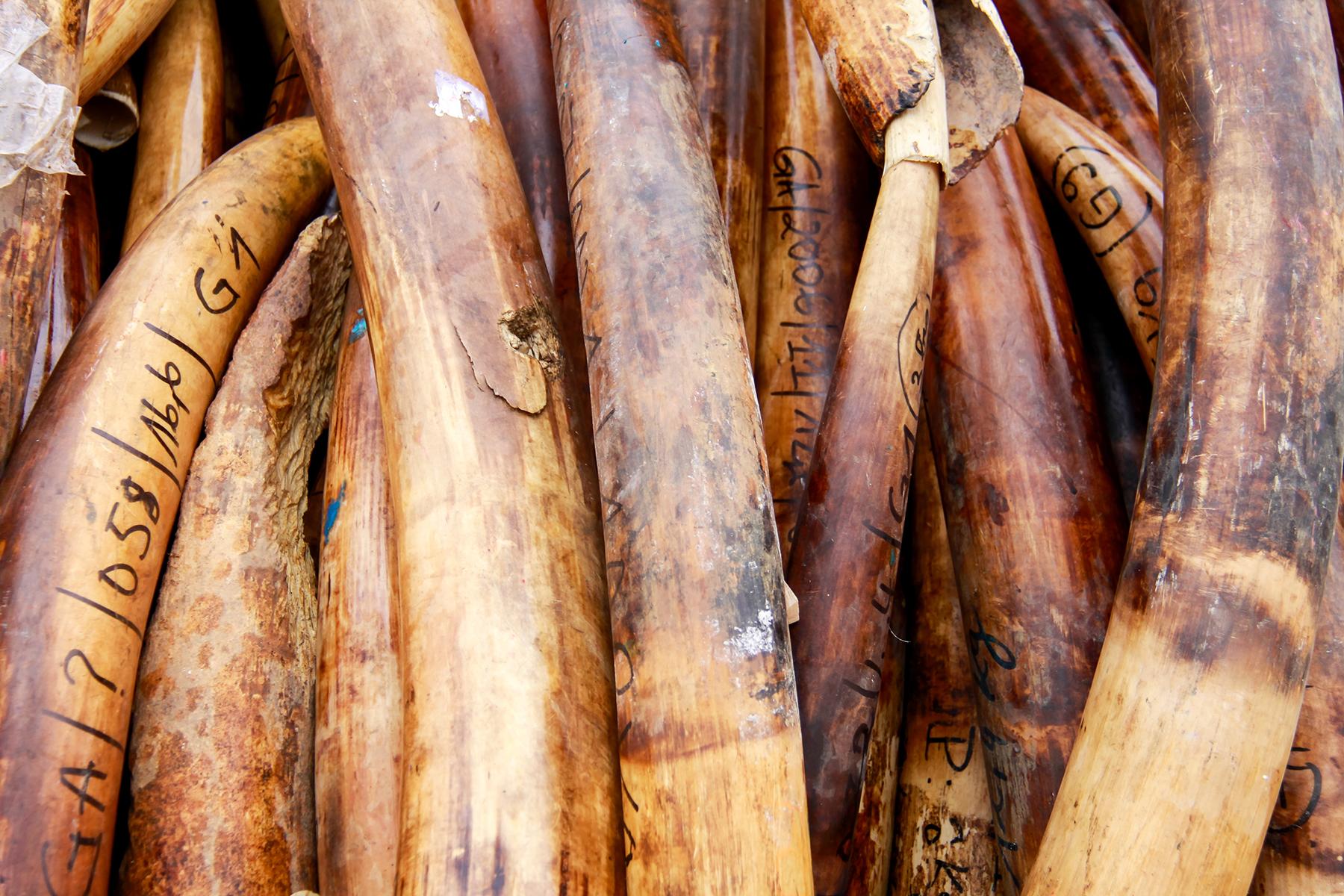 Gone are the Victorian-era days when it was socially acceptable to kill, stuff, and mount the remains of critically endangered species. Understandably. Elephants are intelligent, social, and their numbers are in significant decline thanks in part to poaching. Purchasing products made from either ivory or elephant skin keeps poachers in business and if you give even a little bit of a crap about the natural world, or don’t want people to think you’re an amoral creep, you shouldn’t buy these things. But, in the off chance that you’re not motivated by issues related to animal welfare, there’s the fact that the ivory trade is also a humanitarian issue and has been banned in multiple countries, including the U.S. and China. 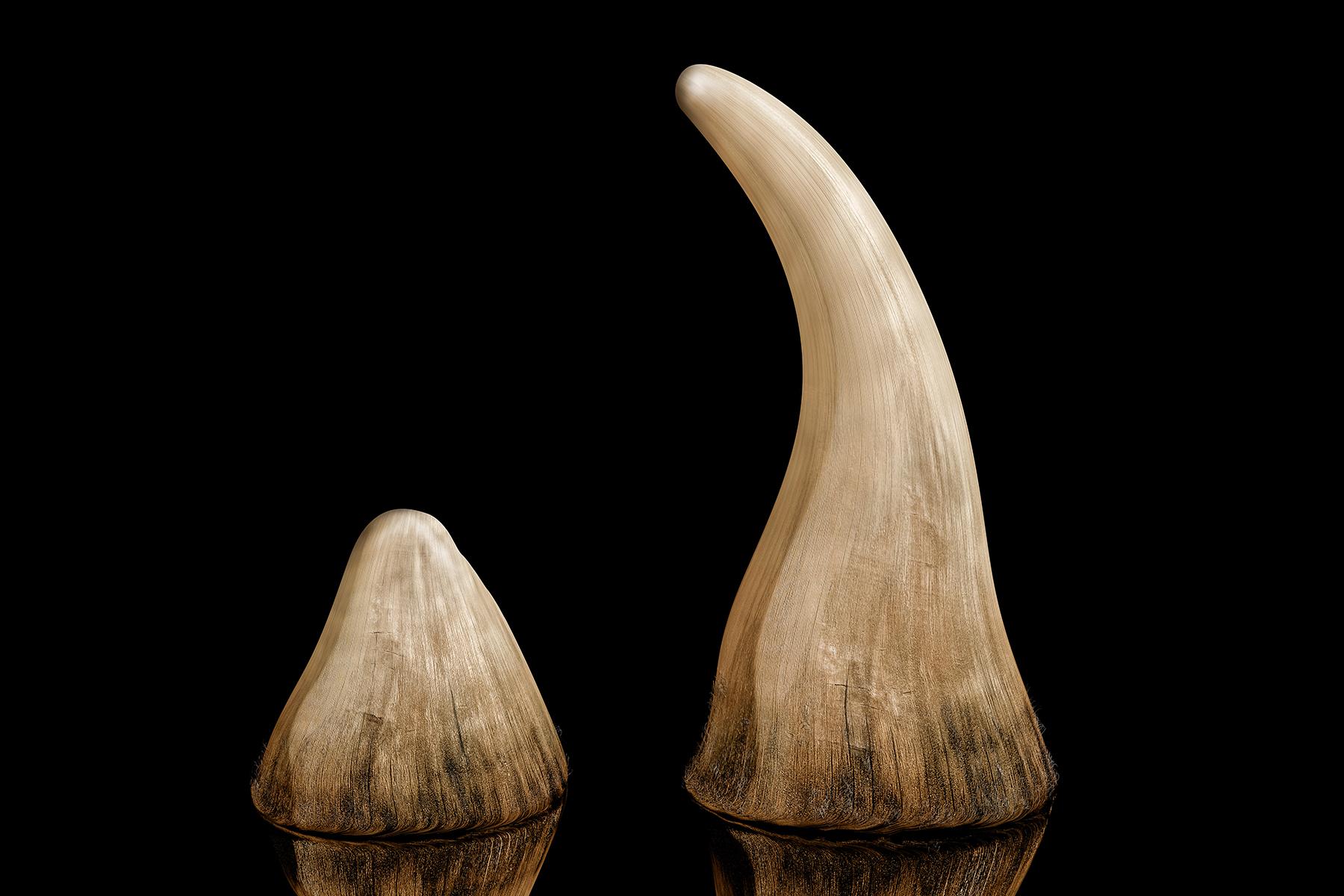 While elephant tusks have been used primarily for decoration, rhino horn has been (and still is) prized as a traditional medicine in countries like Vietnam and China. As a result, the rhino population has been decimated to the point where some subspecies, like the Northern White Rhino, are effectively extinct. It’s such an enormous problem that––in an attempt to stem poaching––South Africa has created a system in which people can legally purchase rhino horn at auction, thus trying to create controls in an otherwise uncontrollable system. It will take some time to see whether this system actually works, and in the meantime even traditionally neutral auction houses have begun to halt sales. Most westerners have probably never heard of a pangolin before, but unfortunately, that’s not the case in Asia and Africa. Aside from humans, the friendly, scaley, roly-poly pangolin is the single most trafficked mammal in the entire world, with its scales being prized in traditional Chinese medicine and its meat serving as a treat for the wealthy and unethical. A report from 2017 notes that in central and western Africa alone up to 2.7 million pangolins were killed and trafficked, a number which doesn’t bode well for the species’ future. Given how in-demand pangolin are it’s unlikely you’ll randomly run across someone serving one up, but if you do, keep in mind that the amiable armadillo-esque creatures are under assault. 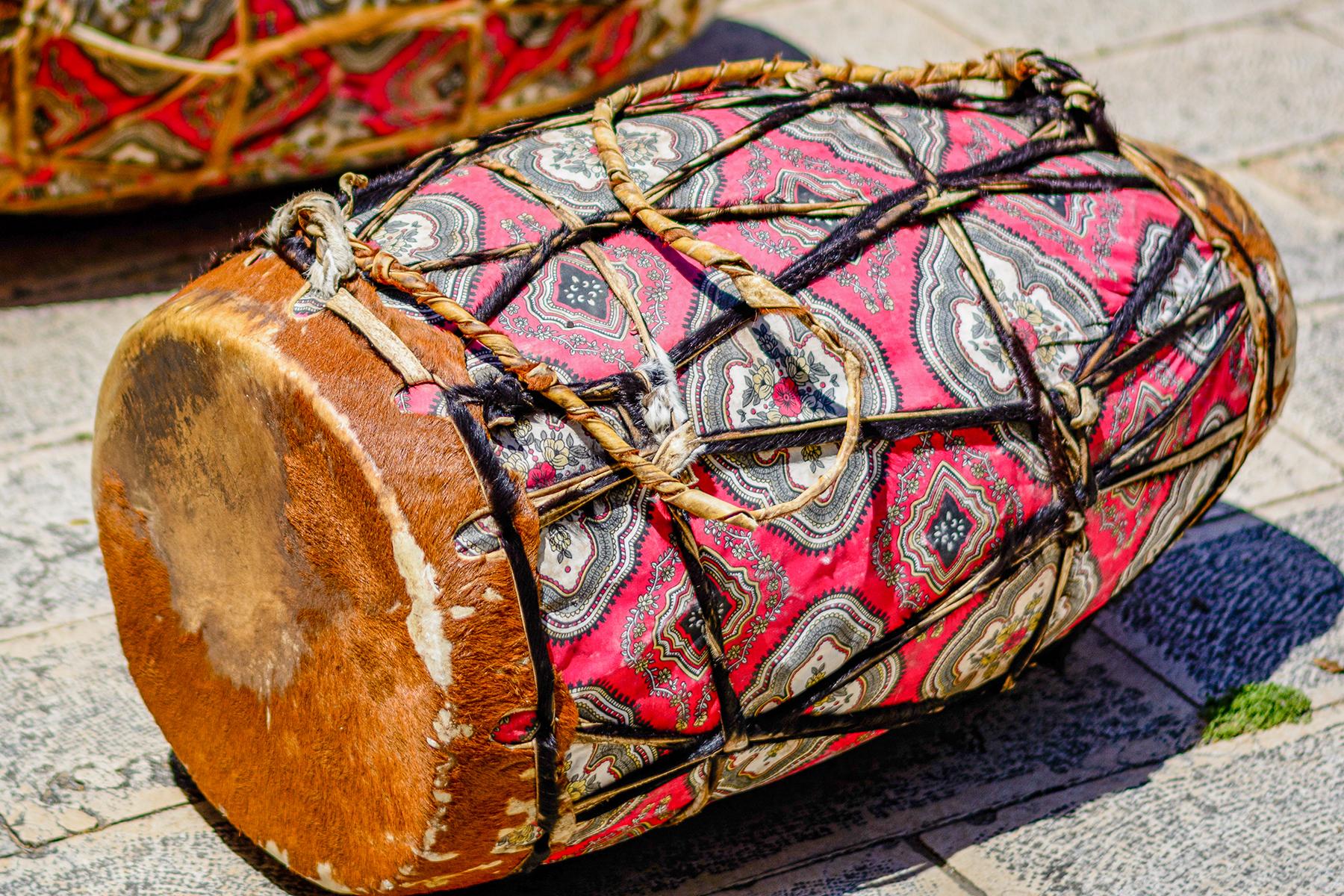 Picking up musical instruments during your travels can be a real joy and a great way to connect with history and culture on a very personal level. The only problem is that, depending on how they’re manufactured, drums made from animal hide are believed to pose a health threat. U.S. Customs notes that due to a single case of cutaneous anthrax exposure Haitian drums made from untanned goat hide are banned from import and that untanned animal hide drums from Africa can pose a similar (though lesser) threat. It’s worth pointing out that these guidelines aren’t super helpful, particularly considering that Africa is a continent of over 11 million square miles of land and not a singular place and, per the CDC, “No tests are available to determine if animal products are free from contamination with anthrax spores.” If you want to purchase an animal hide drum just try to select one where the hide has been tanned and keep in mind the import laws. 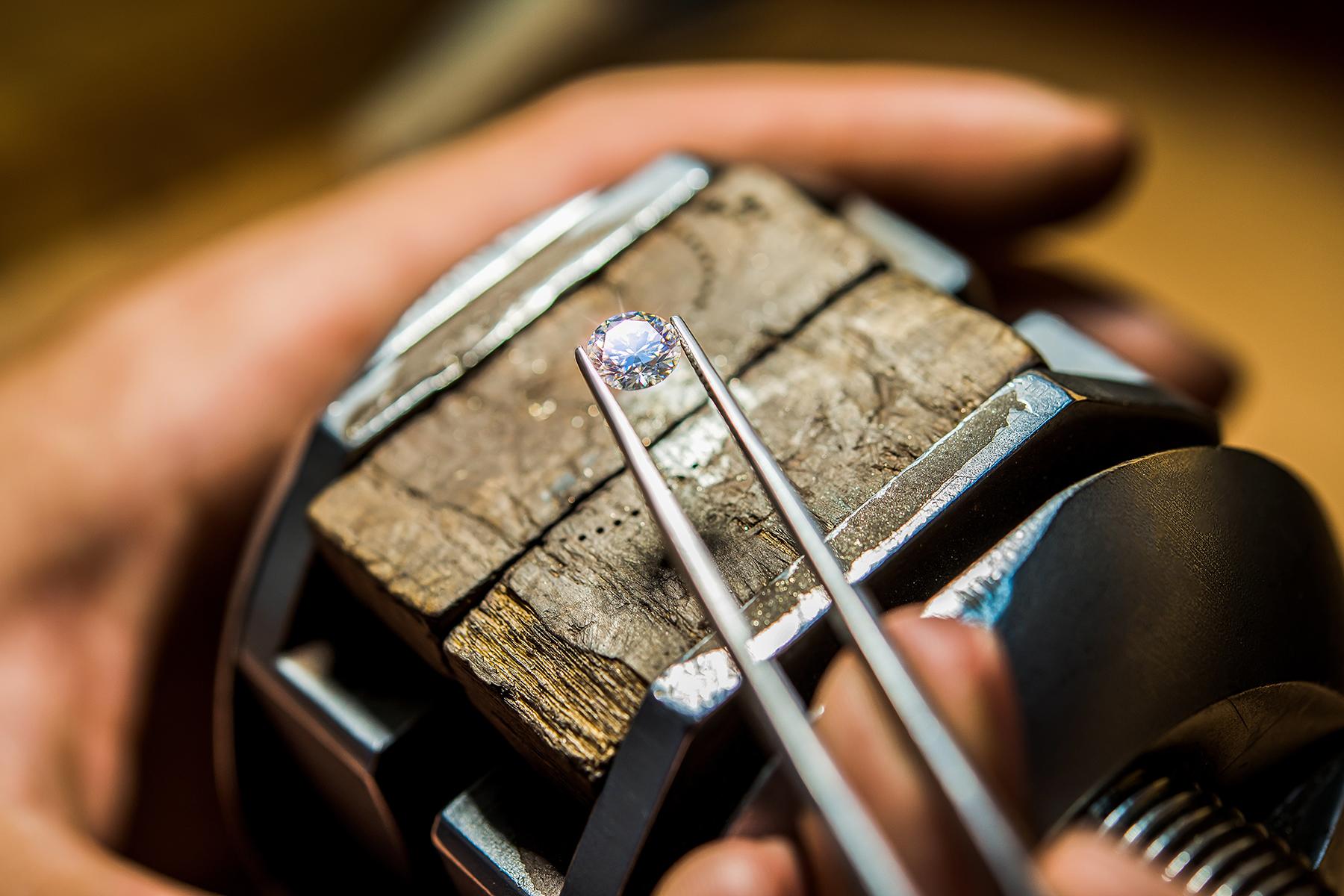 Diamonds are a tricky thing to purchase, even if you do your research. The diamond certification process which helps consumers tell whether or not a diamond is a conflict (aka “blood”) diamond is called the Kimberley Process, and currently, 55 countries participate. The problem is that there’s increasing evidence that the Process is far too lax and increases consumer confidence in buying diamonds while inadvertently blurring how many still come from conflict zones. There is now only a single NGO still involved, meaning that there is essentially no external oversight ensuring that the Process actually does what it’s supposed to. If you’re looking to buy diamonds while traveling keep in mind that the Kimberley Process is no longer sufficient evidence that your diamond was mined ethically, or even legally. 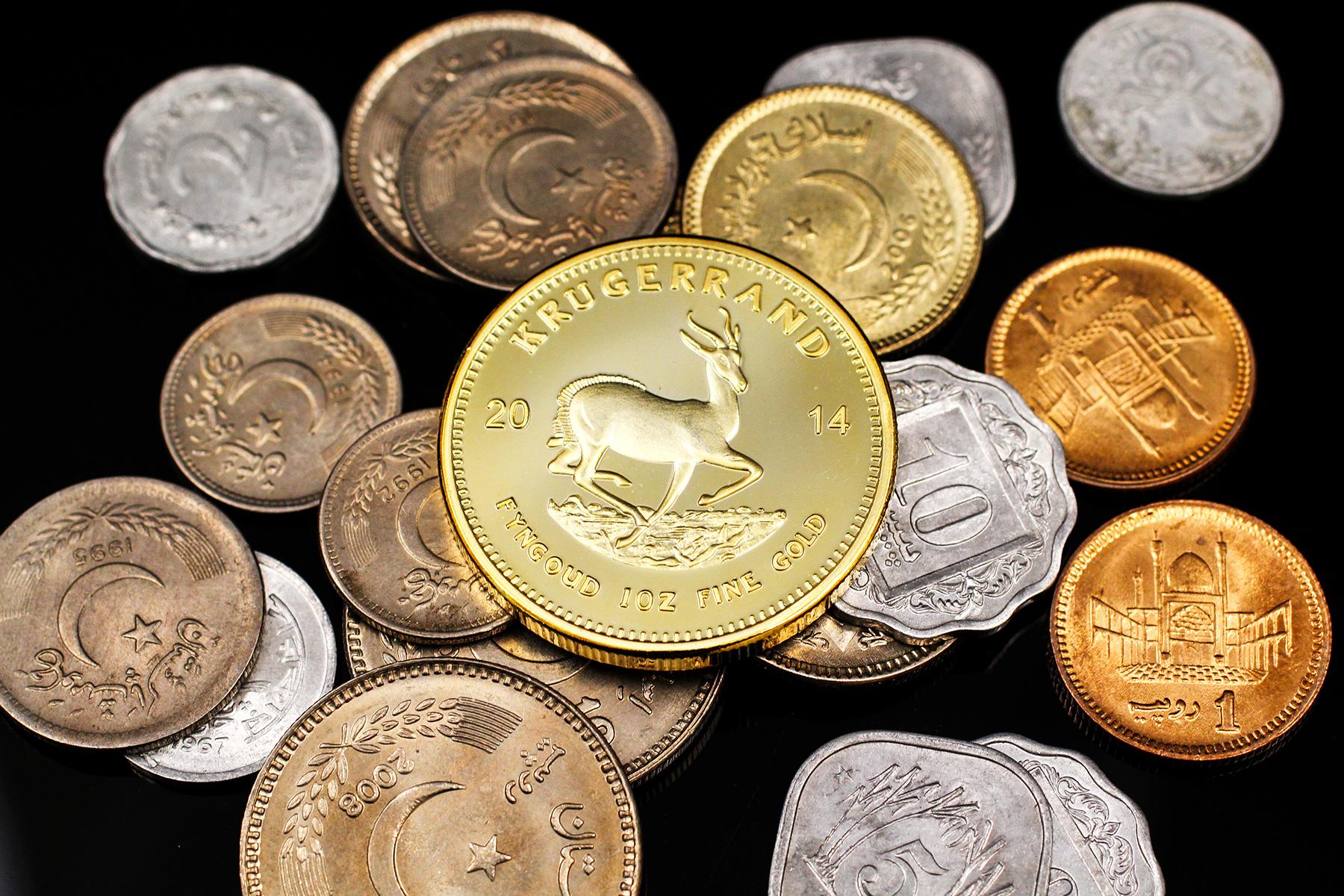 While bringing gold currency into the United States used to be prohibited this is by-and-large no longer the case. There are some exceptions, however: According to Customs and Border Protection gold currency from Cuba, Iran, Myanmar (Burma) and most of Sudan is still prohibited, as are gold replica unless they’re stamped with the name of the country in which they were manufactured. Beyond these, it’s still worth thinking about the historical ties that gold currency can carry. Krugerrands for example, a South African gold bullion coin which dominated the gold market in the 1970s, carries strong connections to the horrors of apartheid. They might not be illegal but the history is sinister. 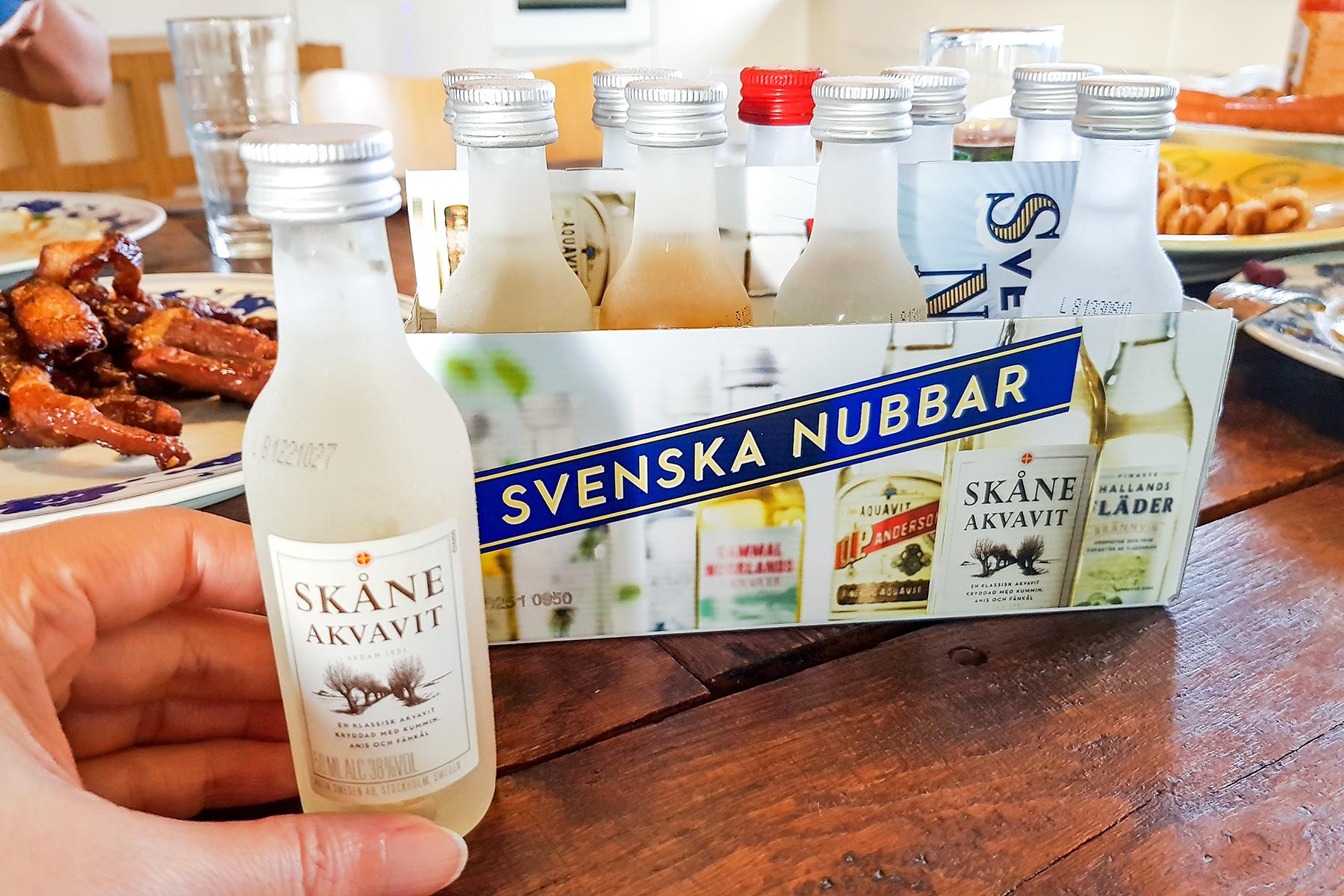 Moonshine or Other Homemade Spirits

Just about every country that produces alcohol seems to have its own version of a clear, high octane distilled spirit. In Italy it’s grappa, across Scandinavia it’s aquavit (or snaps), in Laos it’s lao-lao, and so on and so on. While the homebrew version of these kinds of spirits can be rough around the edges they’re generally safe to drink, but it’s important to be careful about where you buy them. It’s not unheard of for unprincipled businesspeople to mix methanol in with their hooch, a trick which causes blindness and death, and low-quality stills in developing countries sometimes use lead pipes or lead vessels which can lead to lead poisoning. Sipping rotgut with new friends can make for some very memorable travel moments, but if it tastes completely vile or you don’t feel good about where you bought it it’s probably safer to just order a beer. 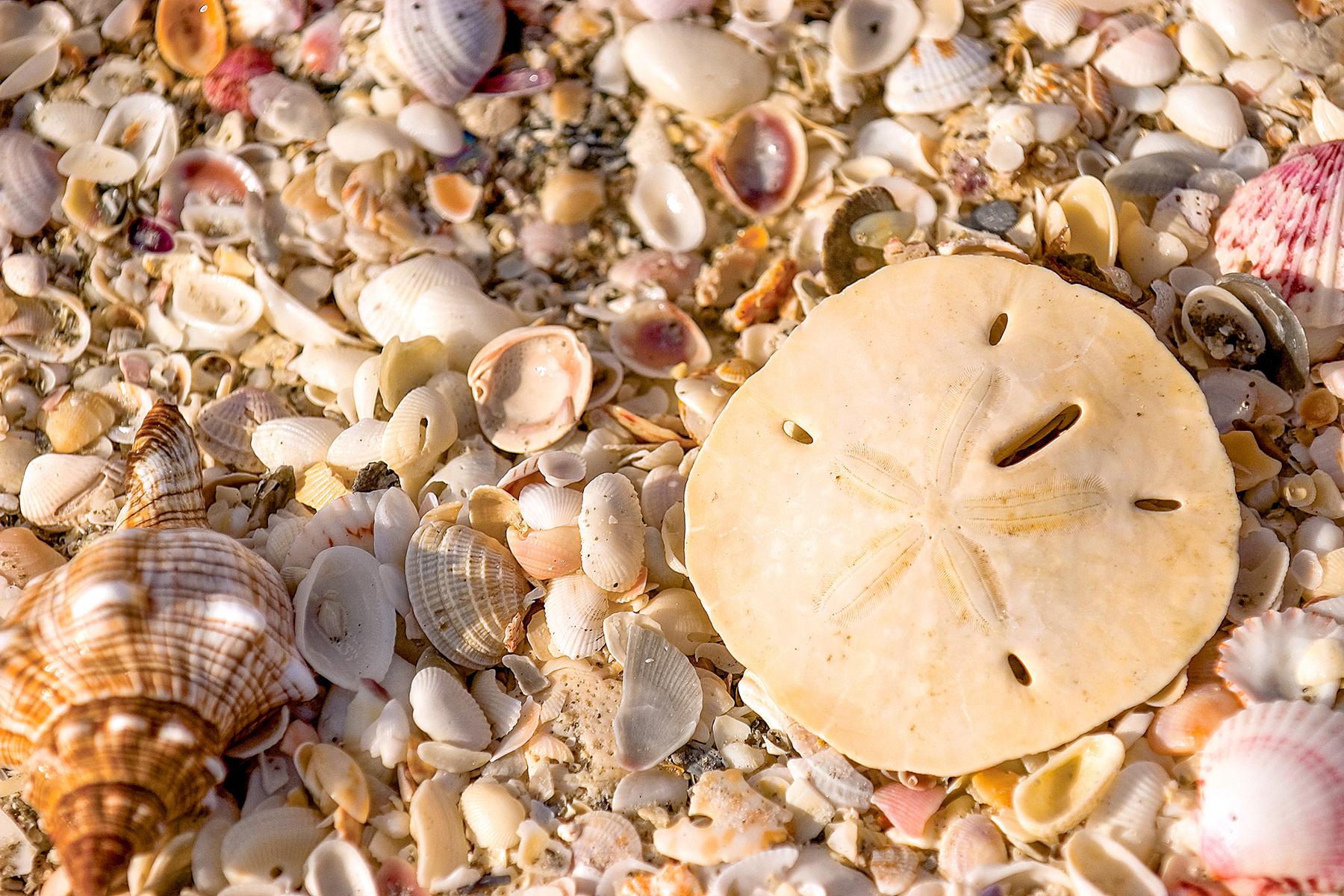 Thanks to increasing conservation efforts the word is out that it’s generally a bad idea (if not actually against the rules) to collect coral and shells from beaches and reefs, or to buy them from stores. Buying coral and shells encourages an industry that’s directly harmful to the environment and which relies on a limited resource, and collecting these things yourself also isn’t great. Living coral is extremely fragile and merely touching it can cause serious damage, and dead coral also plays an important role in the ecosystem, where it helps replenish beaches and can be a home for smaller sea creatures. Shells, while attractive, play a very similar role and it’s significantly better for the environment if you leave them where you find them. If you’ve really got the shell collecting bug though places like Sanibel Island in Florida are known as prime shelling spots where collecting isn’t just legal, it’s encouraged (although even Sanibel discourages people from over-collecting).