The best alternatives to popular destinations.

Have you ever gone to see a movie simply because of the hype? Your coworkers won’t stop talking about it, your friends won’t stop quoting it, even your aunt references it on Facebook. Hype has a way of over-inflating the importance of just about everything, including travel destinations. Some destinations live up to all the praise and celebration, while others fall short. But hype, deserving or not, always affects destinations in one specific way: It crowds them with tourists. And with this summer shaping up to be a popular one for vacation goers, maybe it’s time to skip the over-hyped spots and spend some time in a destination that’s a guaranteed good time.

Here are a handful of popular vacation picks that don’t necessarily fall short, but you might want to consider skipping anyway–and visit these alternative, often under-the-radar, locations instead. 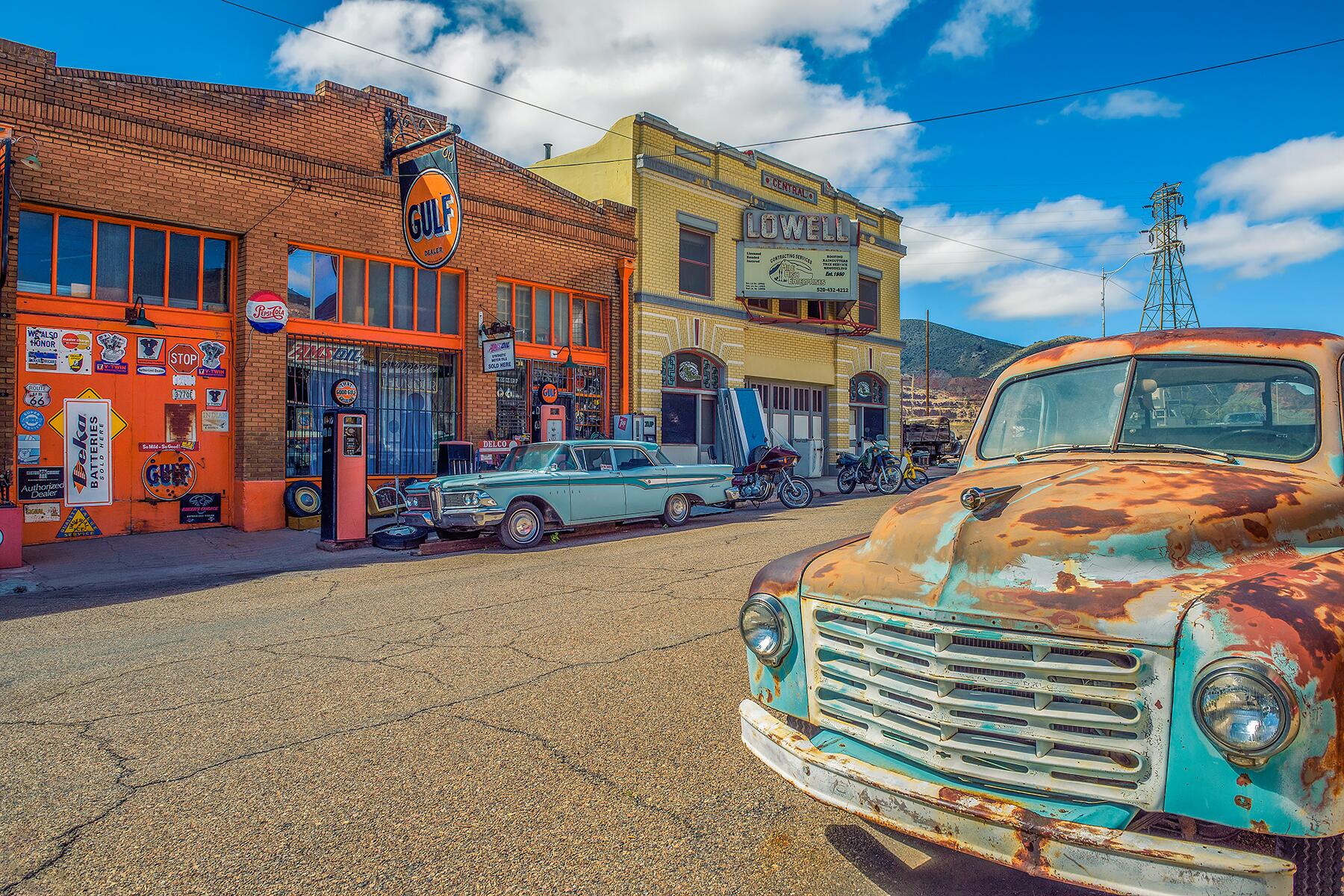 Santa Fe has taken on this almost mystical allure over the years. It’s praised for its artistic community and for embracing the beauty of the American Southwest. Does it do that? Sure, but not necessarily more than other Southwestern cities.

This little nugget of a town is in the midst of a mountain range in Southeastern Arizona. It’s also what you probably think of when people attempt to describe Santa Fe to you. However, the entire city of Bisbee has that unique, quirky, artistic touch carved into the sides of a mountain. There’s an Old West-meets-artistic enclave kind of vibe to the entire city that makes it well worth the visit (plus, historic Tombstone is a stone’s throw away). 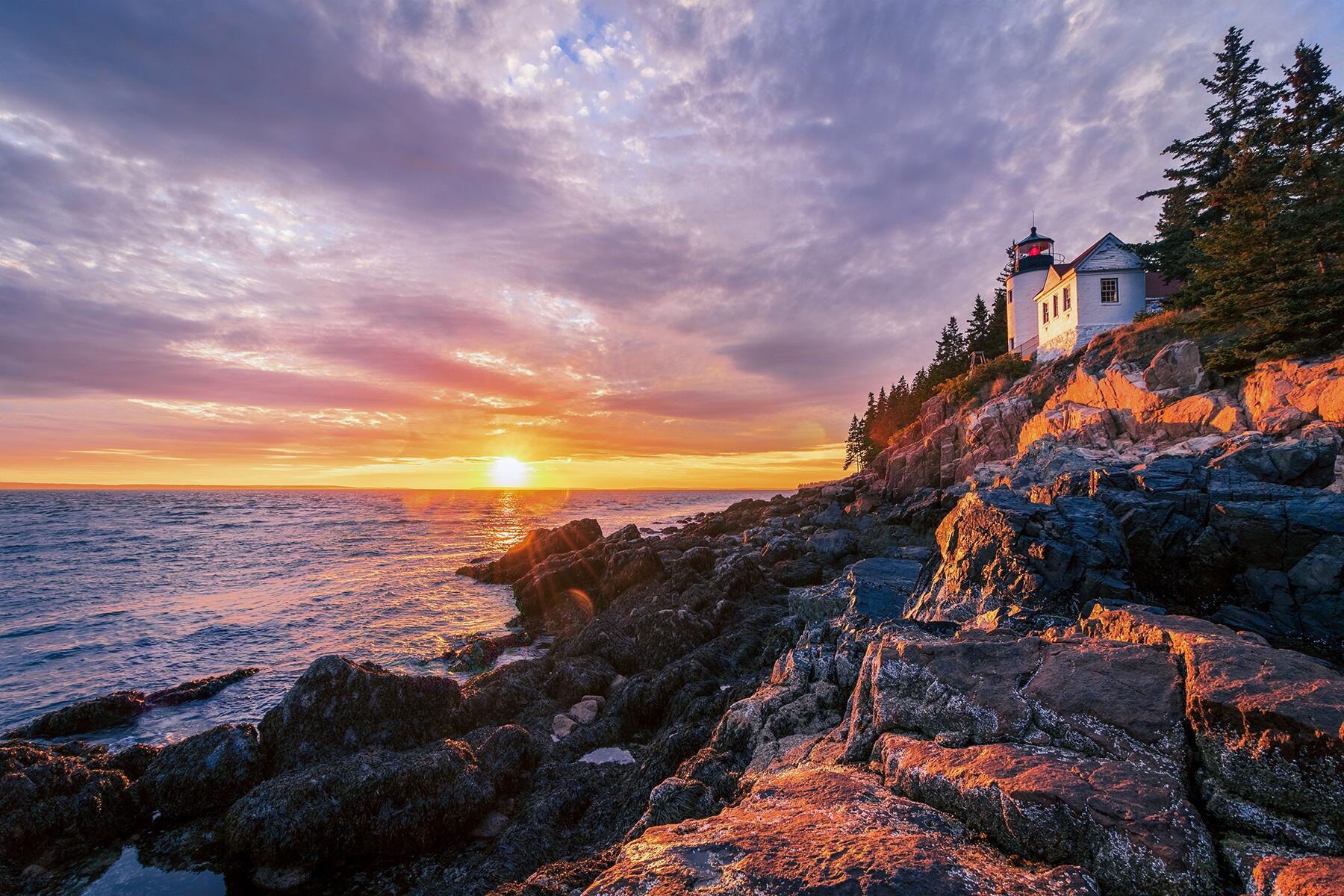 There are many picturesque elements to Cape Cod. There’s a handful of lighthouses and there are nice walking trails. But it doesn’t come close to the hype it receives. It’s a National Seashore but doesn’t offer the camping or other perks you’ll find at other National Seashores in the Gulf.

The town of Bar Harbor has a fun little downtown area full of shops and a surprising number of ice cream joints. It’s a perfect walking town, but if you’re looking to stretch your legs, Acadia National Park is only a few-minute drive away. If you drive to the top of the park there are breathtaking views of islands, the ocean, and Maine for hundreds of miles. 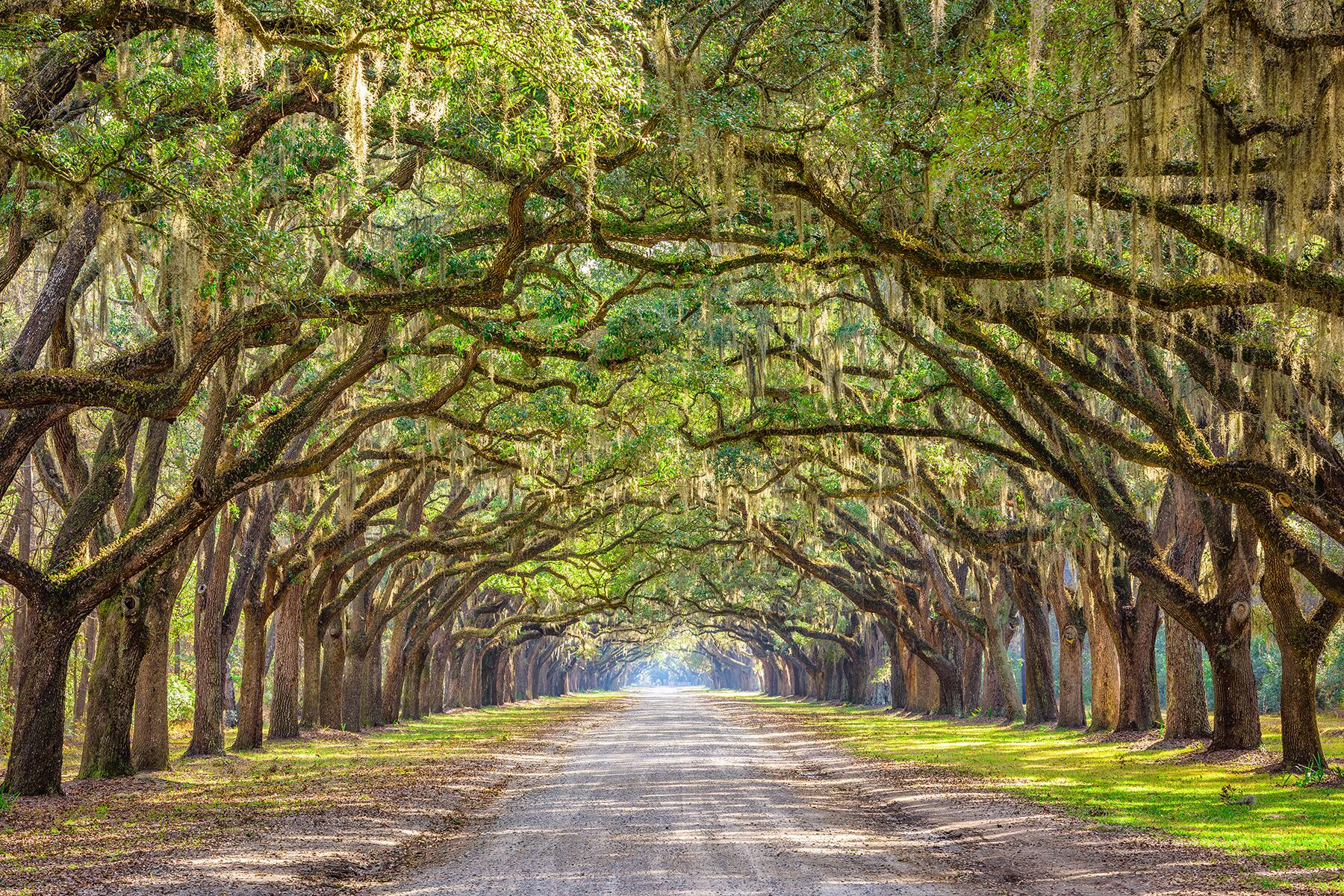 Charleston is a beautiful, picturesque city. The million-dollar houses overlooking the water here are fantastic. But it’s not the most walkable historic area. There’s often little to no shade, and you’ll be better off taking a cab between locations because of all that cement and brick reflecting the heat right back up at you.

The Charleston vs. Savannah debate will always rage on. And Savannah may also be busy this summer, but it’s worth it. Nothing in Charleston can compete with Savannah’s squares, not to mention the entire historic area is under the shade of swaying oaks and Spanish moss. It is a perfect city to just get lost walking in. 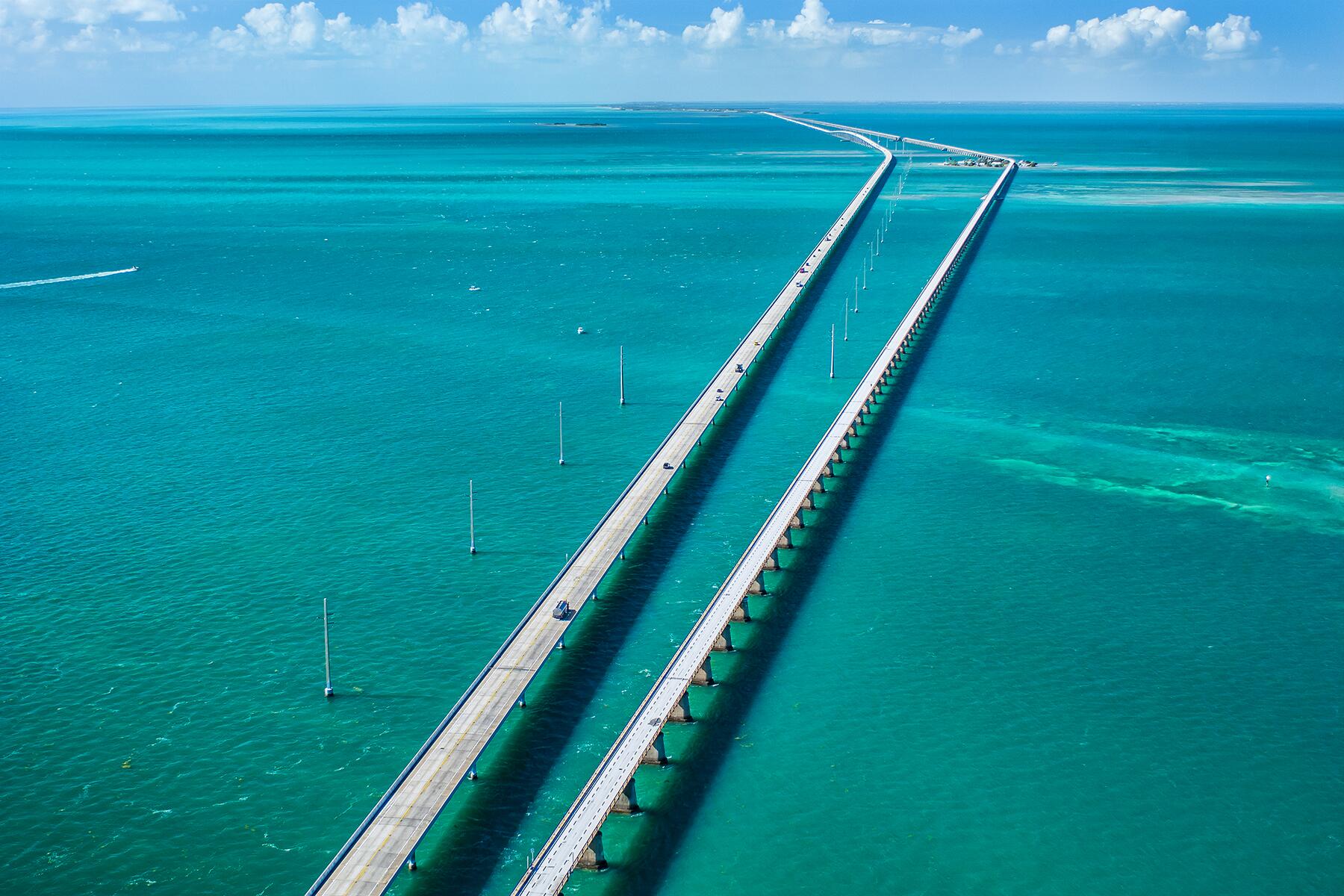 Most people who love long road trips have likely bounced around the idea of driving Route 66 at some point in time. Running from Lake Shore Drive in Chicago down to the Santa Monica Pier, there’s a romanticized ideology of this old “route.” There are loads of quirky, Americana attractions, but it’s inconsistent (which makes sense, it’s a very long drive) and you’ll spend a lot of time driving through the ruins of former towns now swallowed up by time.

Unlike Route 66, which consists of multiple roads and highways, this is one US highway. It runs from the northern point in Maine, then curves down along the entire East Coast before finishing in Key West, Florida. The scenic route along the Maine coastline is enough to recommend it, but the sheer natural beauty of the route and the small yet still vibrant towns you drive through make it such an incredible and diverse road trip. 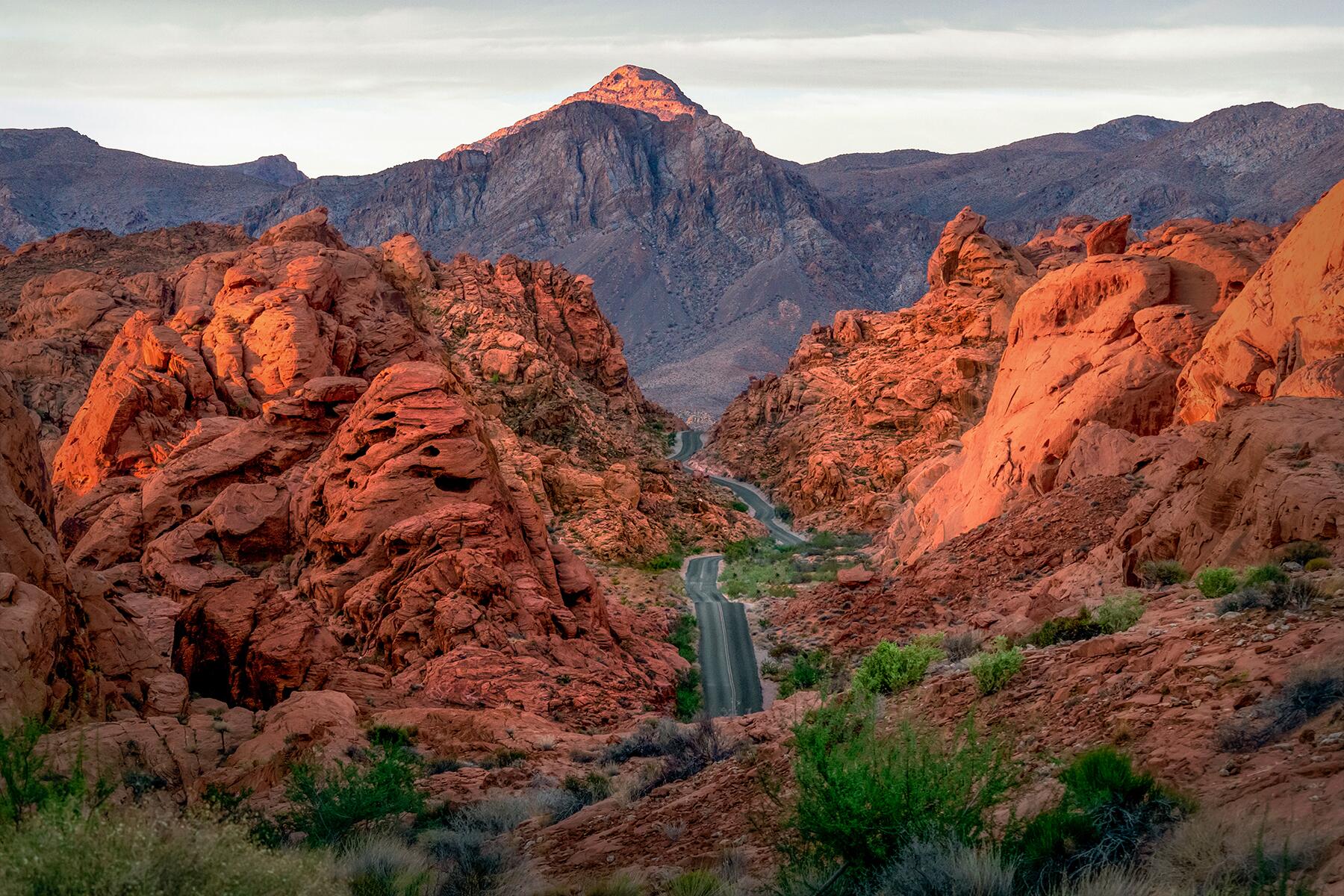 If you’re visiting the Grand Canyon State, you might be considering adding a drive down to the Petrified Forest National Park. There are some nice, Instagram-worthy spots, but in reality, it’s a ton of driving and not as much payoff as you might want. If you do end up at the park, the gift shop sells petrified wood for a large chunk of change. But you can also drive out of the park, stop at the first off-site gift shop, and buy petrified wood for a fraction of the price.

Rarely can a state park compete with a national park, but Valley of Fire certainly does. The brilliant, fire-red rock jutting out of the ground looks like it’s from Star Wars, more otherworldly than anything on this planet. You can stop, explore, and wander about, plus there’s far less driving (unless you feel like heading out to Vegas, which isn’t that far away). It’s hard to say Yellowstone is overrated. It’s a beautiful park. Watching wild buffalo walk past your car on the roadway is a sight to be seen, Ol’ Faithful is a natural must-see, and it has one of the best hotels in the entire National Park system. It’s just far too overcrowded, the hiking is only okay, and it can feel just a tad too congested.

Now, if you’re visiting Yellowstone you’re probably visiting Grand Teton. However, far too often Grand Teton is an afterthought. It shouldn’t be. It’s more expansive, the views are incredible, the scenery is lush, and the hiking is spectacular. After Yellowstone, a trip to Grand Teton is refreshing and relaxing. 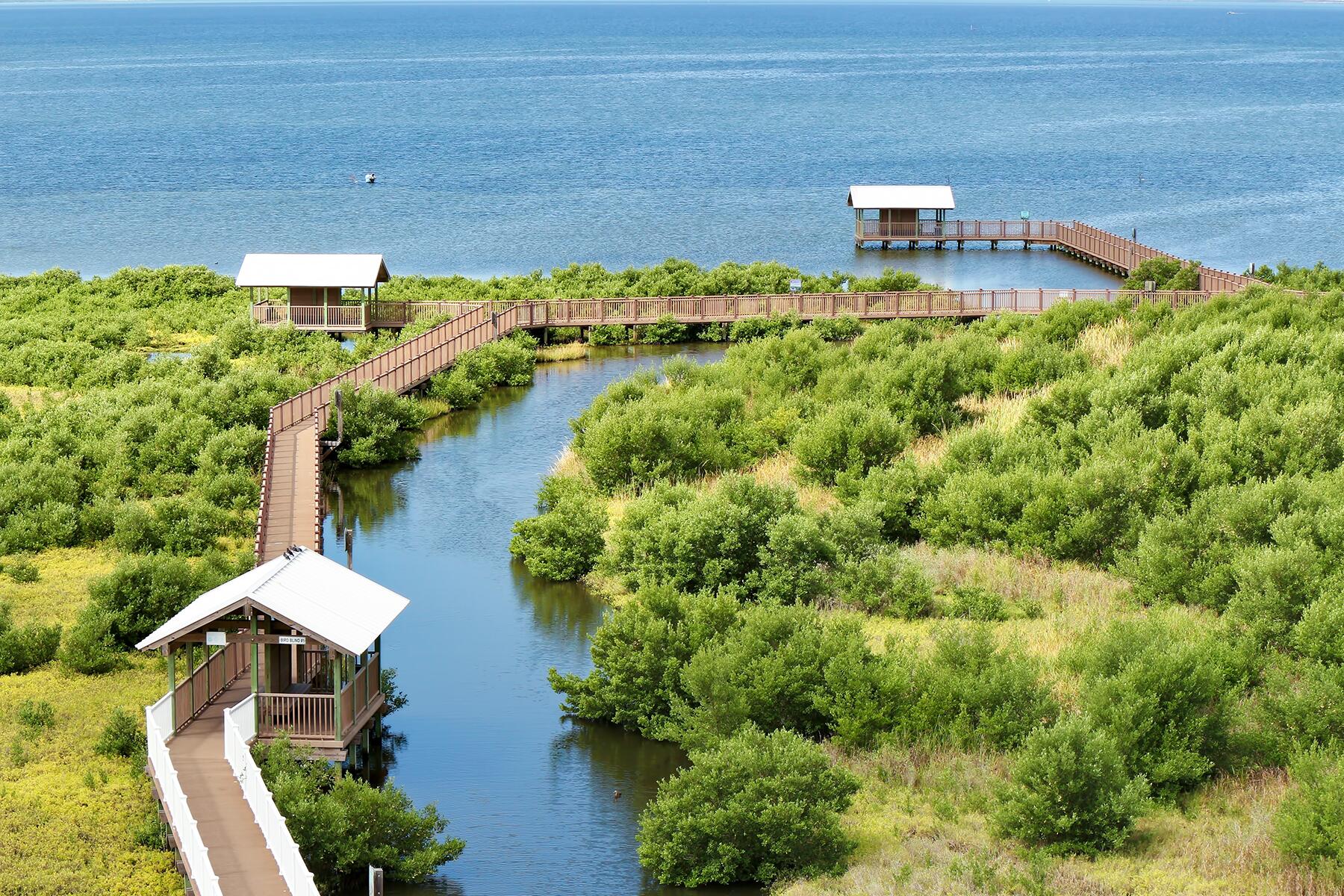 Panama City feels like a spring break town year-round. There’s just that kind of vibe about it. And as one of the biggest college spring break destinations in the country, it’s hard to shake that. There’s nice water and it is fine for relaxing, but if you want to go anywhere away from your hotel you’ll probably be driving.

Much like Panama City, this is a spring break spot. However, if you visit before or after spring break, it takes on an entirely different vibe. Yes, the lack of quality Mexican restaurants for an island only about 20 miles north of Mexico is disappointing; however, if you look past that, this sliver of land is one of the best bird-watching locations in the area, and the turtle rescue operation is worth checking out as well. It also has a small-town feel to it, as there is only one main road. There’s also free camping on the beach in certain areas. 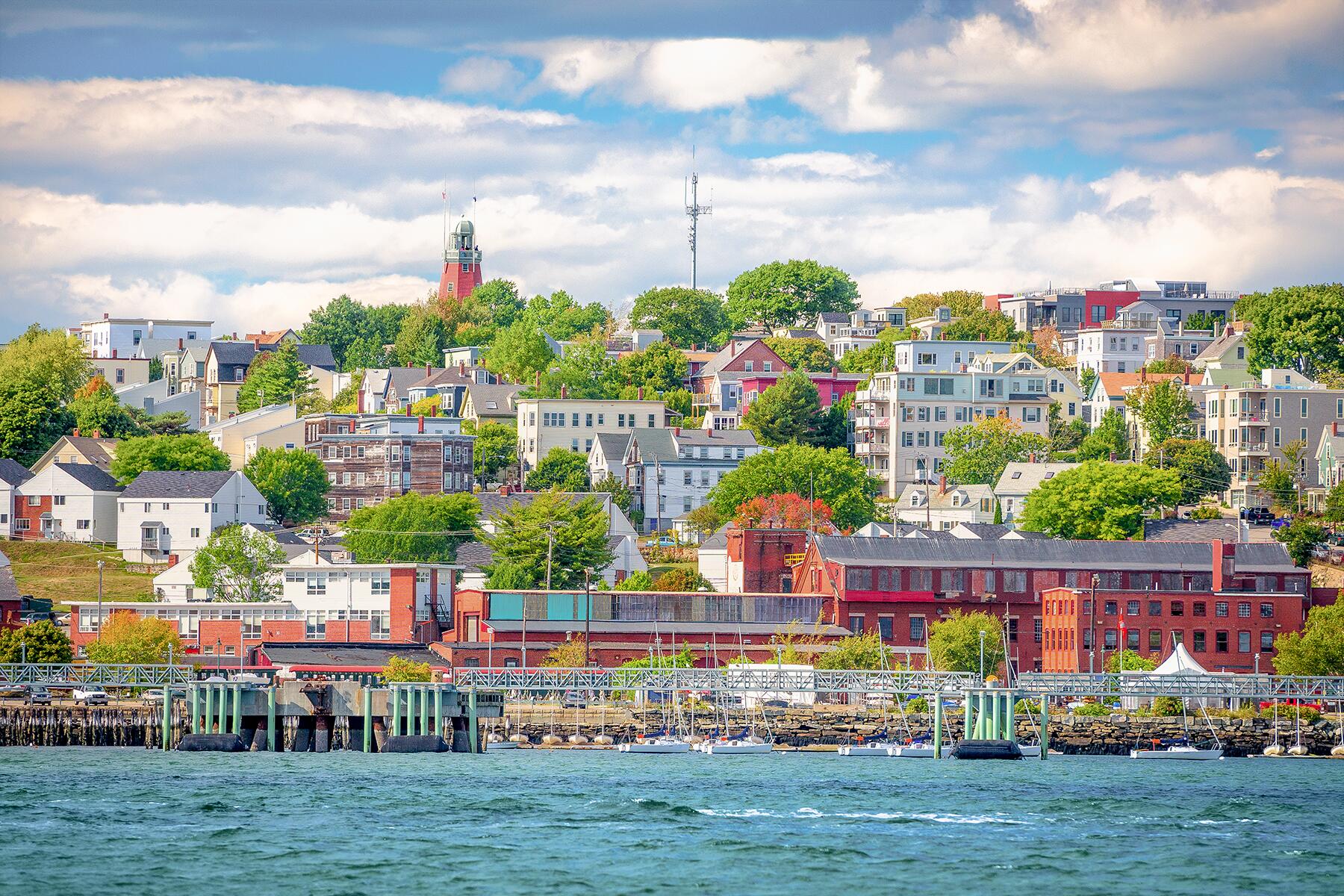 Portland is one of those hipster “it” towns that’s received all kinds of attention over the last several years. Yes, it has craft beer, coffee shops, food trucks, and a strange small-yet-large-city feel to it, and yet there can be an odd, stuffy feeling to it. It’s absolutely a fun city, and when the sun is out it is beautiful, but there’s another option to consider.

Portland, Maine, is significantly smaller, and yet many similar vibes are going on here. It’s like if you stripped away the fat from Portland, Oregon, you’d end up with Portland, Maine. It also has several craft breweries, it’s right on the Atlantic Ocean, and the seafood here can’t be touched by its West Coast counterpart. 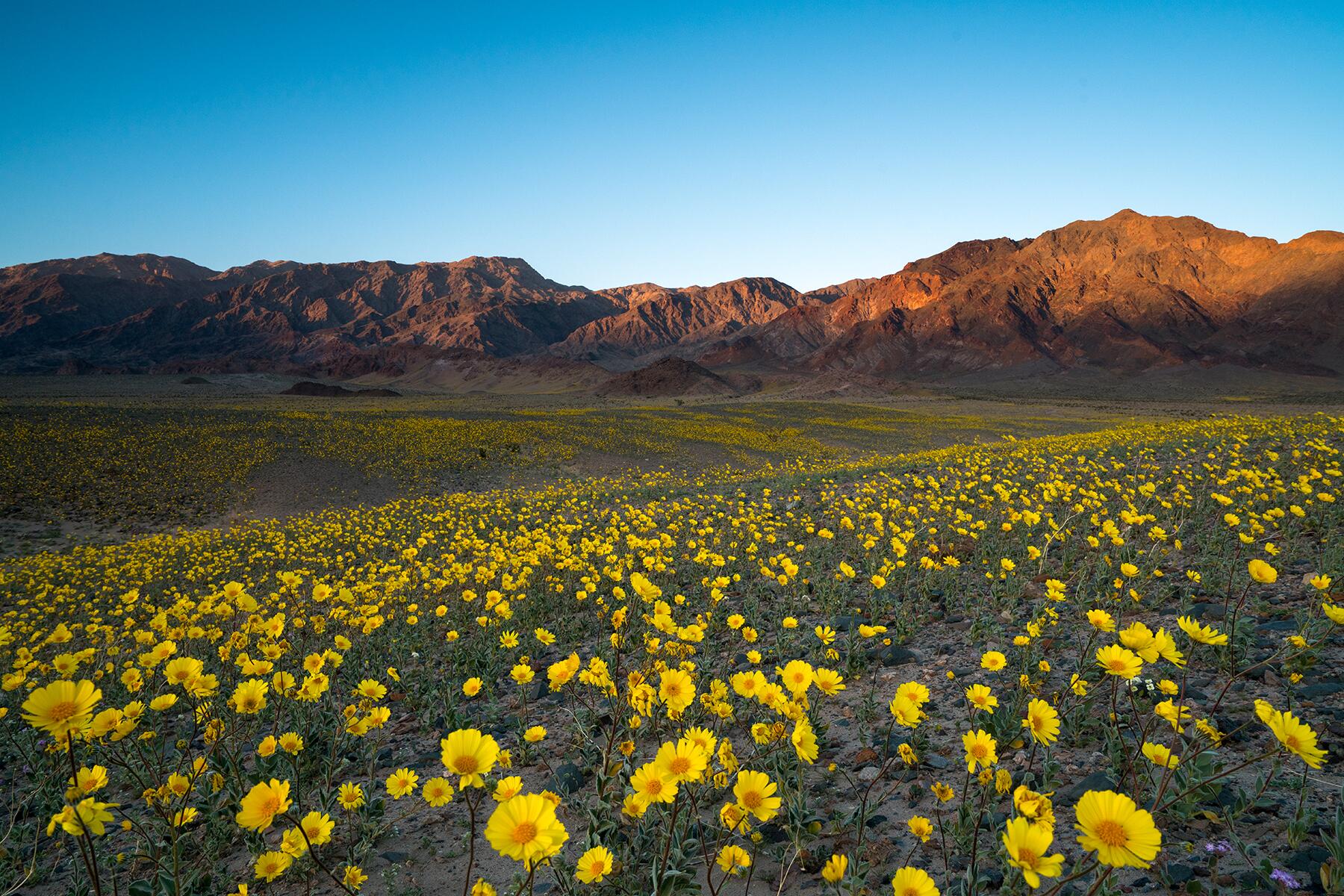 Joshua Tree is named for the funky-looking Dr. Seuss-like trees. The trees are fun to see in the wild, but you can see those trees throughout the region (you’ll pass large areas of these trees if you drive from Phoenix to Las Vegas). The north side of the park also quickly becomes overcrowded with weekend trippers from Southern California, while the south end of the park doesn’t have all that much to see.

What’s to see in Death Valley? You might be surprised. It’s so much more than just a giant thermometer to take your picture next to. The expansive land area offers surprising diversity, and did you know there’s a golf course inside? With another jewel of a national park hotel attached, you can feel both secluded from the world and have more than enough to do. 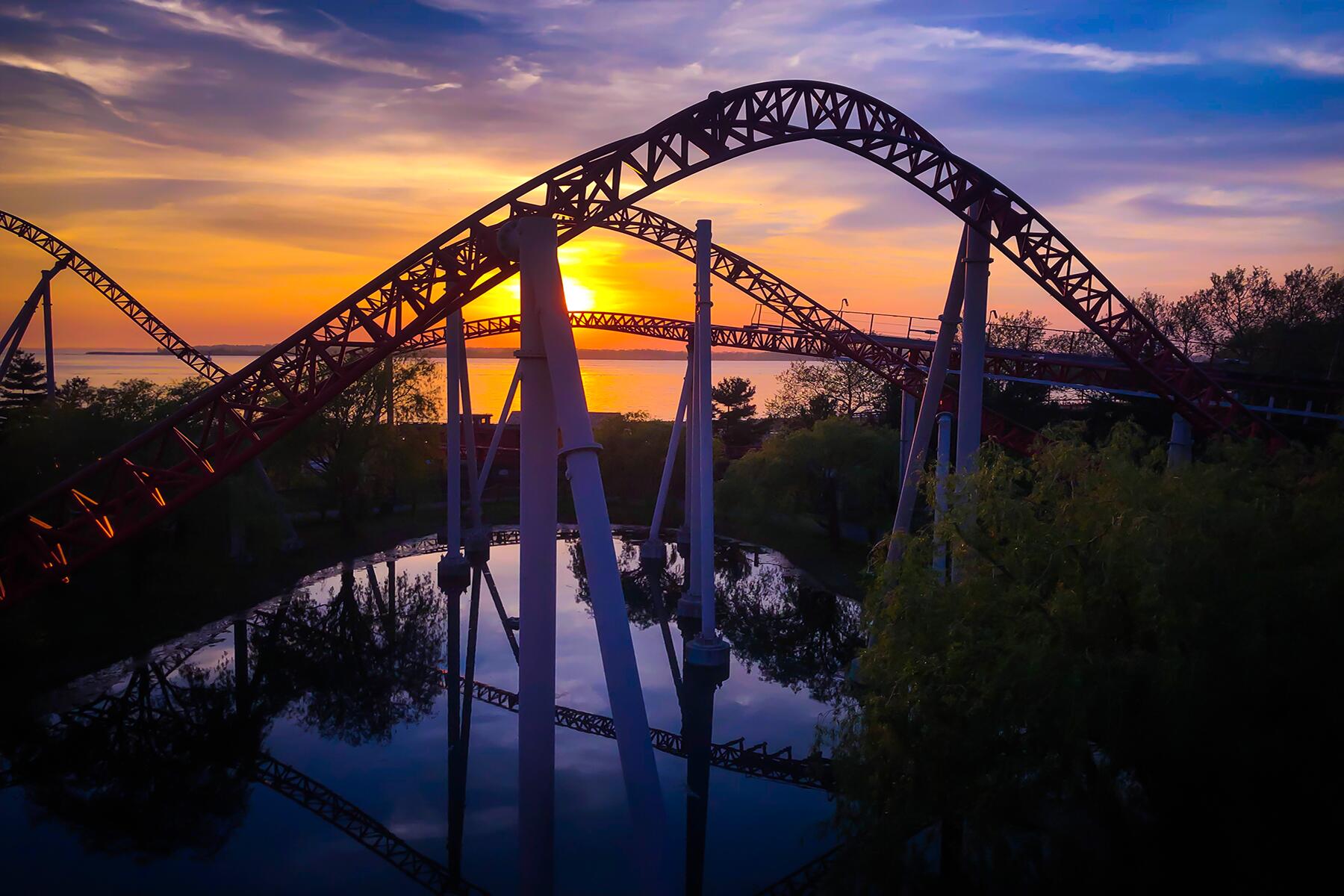 Have you priced a trip to Disneyland recently? That alone is enough to push it into the overrated category. Yes, it’s a magical place and it lets you transform back into your inner child, so in some ways, it’s worth the price, but if you’re traveling cross country, a trip to Disneyland is more expensive than a family trip to Paris. Besides, Anaheim isn’t exactly breathtaking. The entire city is a parking lot, and the I-10 into L.A. can itself turn into a parking lot if you’re driving at the wrong time.

Yes, the Snoopy mascot can’t compare to meeting Mickey or Sleeping Beauty, but the views from Cedar Point over Lake Erie are superior to the views in Anaheim. There’s also no comparing adult rides here with Disneyland. With more roller coasters packed in here than anywhere else, any child over the age of 10 will quickly forget about getting Goofy’s autograph and instead want to run to the next coaster. There are also several secondary parks surrounding Cedar Point, plus Cleveland and the Rock and Roll Hall of Fame is, realistically, a shorter drive than Anaheim to L.A. Oh, and ticket prices are half the price of Disney.

Yeah sure, avoid Portland Oregon because this "it" town can feel "stuffy".
Yeah, are there lots of better resons one might not want to go here, but Fodors won't let me write about them here. How come?

I haven't been through the entire Route 1, but I know that it gets a little confusing around Jacksonville, Florida.  It is definitely NOT a straight drive thru.  We wasted a couple hours getting lost around this area.

And we must remember that travel interests are subjective, these are opinions of the writer.

I read this and wonder if the author has even been to these places. Both Charleston and Savannah are brutally hot in the summer, and I have never been to a more humid and uncomfortable place than Savannah in the summer. Both are very walkable. I think Savannah is more "touristy" than Charleston with cheap souvenoir stores everywhere. Both are historic, but I give Charleston the edge. Savannah has its parks, but Charleston has more historic homes and churches. As for South Padre Island, I lived in the area for almost 40 years. Not only is it crowded, it is a difficult destination to get to. May and September are the best months to visit. SPI is known for seafood, not Mexican food. The largest shrimp fleet in the U.S. is based in Brownsville not to mention great red snapper and speckled trout.  And Grand Teton N.P. and Yellowstone N.P. are adjacent to one another. Grand Teton does have the advantage of plenty of lodging and a good airport.