When the Speaker of Cameroon’s National Assembly flew back into the country from France at the height of the COVID-19 pandemic, he drove straight to parliament, disregarding quarantine rules his own government had put in place.

What happened next was even more curious. Pictures of the Minister of Labor literally cozying up to the speaker at his residence appeared on social media, after which the minister quickly went into self-isolation for fear he had been exposed.

COVID-19 treatment centers were set up in the capital Yaoundé and other cities like Douala, Bamenda, and Bafoussam. Everyone coming into the country had to be isolated and monitored for at least two weeks and their details were taken so they could be traced in the event they became a subject of interest. Monitoring Cameroon’s borders are tricky, but passengers on all incoming flights had to spend time in quarantine before getting a pass to meet their families.

The first positive test was reported on March 6, confirmed as a French national who had flown into the country two weeks before. His partner tested positive, too. Having set up a robust system to fend off the coronavirus, a crack soon opened up in the strategy. Air France and Brussels Airlines passengers that landed in Cameroon respectively on March 7 and March 14 slipped through and plunged the entire COVID-19 response into chaos. It was later reported that at least 20 people from these flights tested positive, making those flights potentially one of the biggest propagators of the disease in the country. After ignoring calls for travel restrictions, the government finally shut down its land, sea, and air borders on March 18. Inside the country, traffic continued to flow from the West, Centre, and Littoral regions where coronavirus cases had been confirmed to other parts of the country. Secrecy around the first COVID-19 deaths caused panic and sent the wrong message to the anxious population. 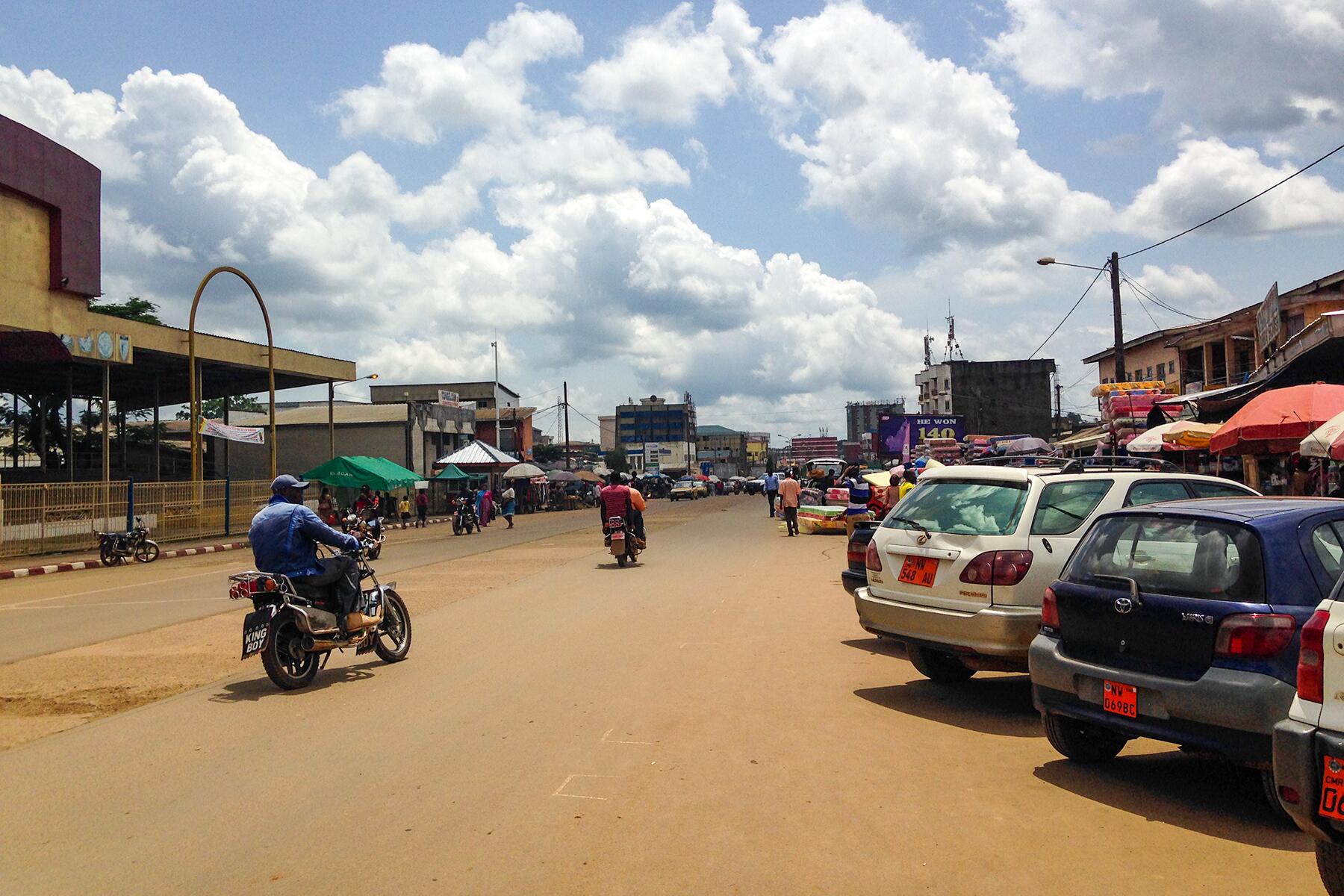 Schools were shut on March 17, and the full weight of the response measures was brought to bear on the whole country. A partial lockdown was put in place with a 6 p.m. curfew for markets, churches, venues, and bars. Face masks were later declared mandatory in all public places with fines for defaulters. Overnight, the police had a new revenue stream and they didn’t waste time exploiting it. The bar restriction didn’t go down well, but people were too scared of the virus that was ravaging developed countries with modern healthcare systems to openly revolt. Restrictions were made on travel and buses ordered to limit and socially distance their passengers.

Some tales from this pandemic would make anyone shriek, but Cameroonians have seen enough to shake their heads and get on with their lives. Passengers were reported to have bribed their way through immigration to avoid being detained. Those who volunteered to quarantine claimed they were abandoned without any medical care or food. For Cameroonians whose government’s actions have ceased to surprise them, the sight of bread and sardines being transported to feed those quarantined was one of the most comical moments of the pandemic. Some hotels that had been designated as COVID centers started turning down travelers claiming their bills had not been paid.

To be fair, no one was getting enough test kits at the start of the pandemic, but the neglect was still hard to understand especially when quick intervention could make all the difference. Left to their own devices, the bored residents at the COVID centers started looking for ways to entertain themselves. For a country that ranks fifth in Guinness consumption just behind the United States, that was easy. The more sensible ones drank at the hotels, while the more daring ones hit the town to booze and have fun with sex workers. News of what was going on discouraged many who decided they were better off seeking their own treatment. Some disappeared from the centers, and others, who suspected they had symptoms, traveled to other regions in search of quality care.

To be fair, no one was getting enough test kits at the start of the pandemic, but the neglect was still hard to understand especially when quick intervention could make all the difference.

It didn’t take long before the economy began to show signs of stress. Thirty percent of Cameroon’s 25 million people live below the poverty line, with an even higher number unable to stock up food for long periods or afford refrigeration. When the lockdown was reversed in April, people poured into the streets and into bars to celebrate. The beer lovers actually never suffered much; many had been locking themselves up in bars to drink in hiding.

One of the biggest challenges in healthcare in the country has been misinformation. There are conspiracy theorists that still believe it’s part of the fictitious New World Order’s plans to control the world. Some believe COVID exists, but think Black people have been made resistant by their constant battle with malaria. Doubting religious leaders from neighboring Nigeria have fueled conspiracy theories among their fervent worshippers in Cameroon. Many Cameroonians believe the government is inflating numbers to attract aid. Rumors of embezzlement of COVID funds are already making headlines on a number of national newspapers.

Melinda Gates didn’t make any friends when she said the disease was going to ravage Africa. Good citizens rejected her prognosis in strong terms and swore they would also reject any vaccine she and her husband sponsored. Some of these fears are borne out of past malpractices by Western doctors in Africa, nerves that were easily triggered when those French doctors were caught on camera joking about testing their COVID vaccines on Africans.

The most high profile casualty is a former presidential candidate and faith healer who claimed to have cured COVID-19 patients but died shortly after. His followers kept his body believing he would resurrect. The police had to force their way into his house to retrieve his corpse.

Cameroon has tested close to 200,000 samples as of August, and now demands a negative test certificate for foreigners entering the country. The minister of public health, Dr. Manaouda Malachie, reported over 20,000 cases on September 24 with a 94% recovery rate. A decline in COVID numbers will open up the economy and permit Cameroon to host the African Nations Championship, which had been postponed to 2021, and the Africa Cup of Nations in 2022, but the country would have to do more to convince the world that fans can travel safely around the country. 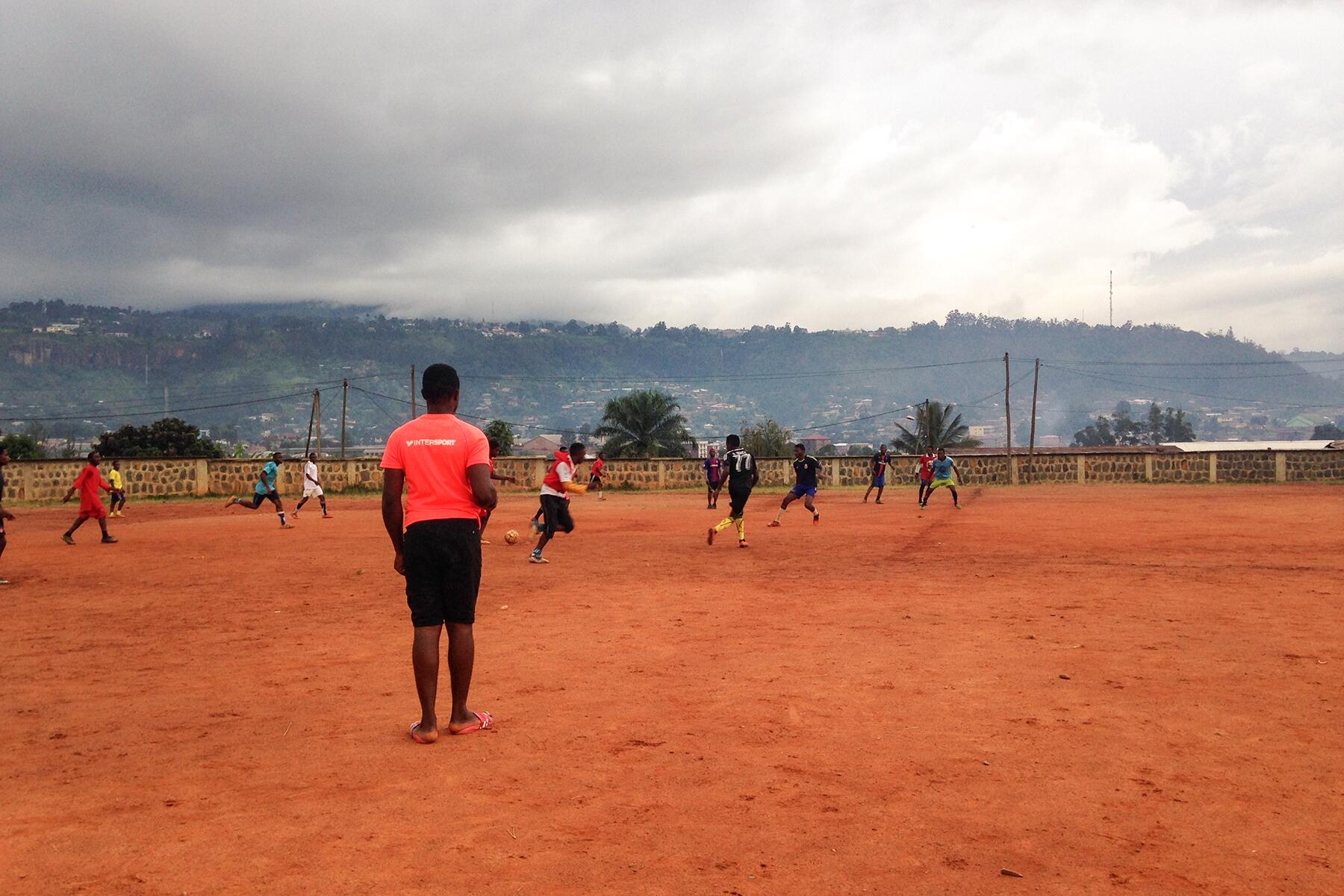 Locals don’t have much choice, but for visitors, overcrowded buses with poor sanitation at parks, venues, and hotels won’t cut it. Even after the tournaments, the biggest challenge remains to get a good understanding of the scale of the pandemic in Cameroon. There simply hasn’t been enough testing, and with the rates we’ve seen even in countries that have had total shutdowns, it’s hard to believe that we’ve been so lucky in a nation where the vast majority of people simply don’t wear masks. It’s hard to ignore the number of young and old people who “suddenly died” since this pandemic started. No one is finding out what happened to them. CDC Africa Director Dr. John Nkengasong told CNN over 80% of COVID carriers on the continent are asymptomatic. In the long-term, Africa might be dealing with a disease it cannot trace or understand because it isn’t testing enough. Long-term coronavirus-related complications are just starting to surface, but before we know how to deal with that in the future it’s important to know how it works in our environment right now.

A WHO projection of 190 million COVID deaths in Africa was met in Cameroon with derision and a rally around ideals of pan-African resistance. That intensified when the WHO refused to give a nod to Madagascar’s COVID-Organics, an herbal remedy the president of Madagascar has trumpeted, and Cameroon’s own version, Kleda-COVID. Cameroon’s Bishop Samuel Kleda claims to have cured over 9,000 patients in Cameroon and abroad with his herbal potion and insists the disease has been defeated in Cameroon. He has received a lot of support and praise at home, but there haven’t been any clinical trials to provide concrete data on the safety and efficacy of his therapy.

As Cameroon makes the hard choices between its health and its economy, it may have rushed to claim victory. Anyone who’s read about COVID-19 knows the disease causes more damage among the elderly and those with pre-existing conditions. Over 60% of Cameroon’s population is under 25, something many forget to mention when they talk about progress. It’s the same lack of knowledge and clarity that has marred this very battle and one that will continue to mask challenges like the lack of personal protective equipment that nurses, doctors, cleaners, and patients desperately need.

The effects are already amplifying other health challenges. Blood donors are keeping their distance from hospitals and the ministry of health reported in August that over 80,000 children did not receive vaccines because their parents are scared the kids will be used to test COVID-19 vaccines. If COVID-19 becomes endemic in Cameroon, the same young people distorting the stats now will make for a very grim reading in the future.